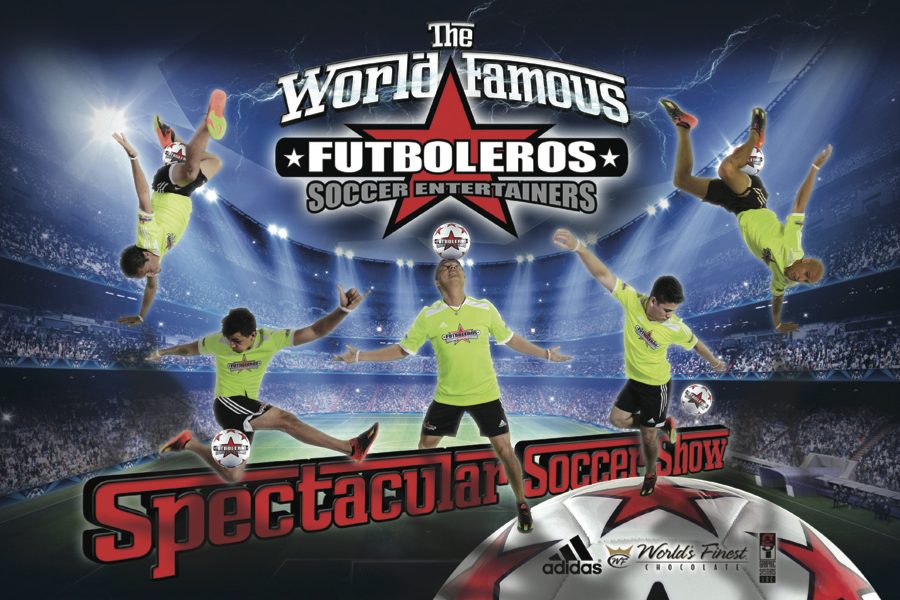 Today we’d like to introduce you to James Ortega.

James, let’s start with your story. We’d love to hear how you got started and how the journey has been so far.
I was born in Quito, Ecuador and was raised in CT, 28 years ago I moved to BH from Meriden, CT after college to play soccer for the MISL (major indoor soccer league) LA Lazers at the Forum for Jerry Buss. I made the reserves and played for 2 years until I started my own business call Beverly Hills Soccer by James, a year round soccer program for children. I then got into doing soccer commercials and have done over 20 commercials, tv shows, and movies. Ten years ago I worked for Nike and RedBull as a Soccer Freestyler performer and host at nationwide events, stores, tournaments, stadiums, corporate events, clinics, schools, etc. In 2008, I produced Futboleros Soccer Entertainers Video on how to teach kids how to juggle a soccer ball and do cool soccer tricks to have total soccer ball control. Also in 2008, I attended the NSCAA Convention in Baltimore and the video sold nationwide online and retails stores. In 2008 I signed a contract with the MLS LA Galaxy to entertain at Soccer Fest and perform 1/2 time shows for the fans. For 8 years we were the LA Galaxy Futboleros performing at over 80 events year round in the LA county area. Eight years ago I had a dreamed of building the “Harlem Globetrotters” of Soccer and in 2014 we marched in the Rose Parade on behalf of AYSO in front of 77 million people and my dream came true. We now perform at over 250 events nationwide from birthday parties, bar mitzvahs, to 1/2 time shows at Copa America for Sprint to ESPN Super Bowl tailgate parties, to Nickelodeon Vip parties to World Cup Trophy tours, to MLS 1/2 time shows, In-N-Out company parties, etc. We also perform at over 150 schools for World’s Finest Chocolate nations wide as the prize show for kids who fundraise for their school. We also tour with the Mexican National Team on behalf of Nissan at all international friendly games in 2016, 2017 nationwide. We are World Famous, “One of a Kind” company in the USA who choreographs our shows with crowd engaging and very interactive. Our team consists of 8 to 10 guys and gals who Love Soccer who perform spectacular soccer tricks. I am now working a feature movie “Futboleros” with Dream Street Entertainment on our story to begin shooting mid-2017. There’s a whole lot more but I think this should wrap it up!

Great, so let’s dig a little deeper into the story – has it been an easy path overall and if not, what were the challenges you’ve had to overcome?
I had many people say that soccer entertainment was not going to make it from the beginning and that I would not make a living from it. I have pounded the pavement for 8 yrs with love, passion, commitment, hope, dedication, and persistence. Not only do I own my company, I MC, perform, manage, work 24/7 a week booking events, updating my website, do my own social media, write contracts, book flights, and hotels.

Managing the talent is the hardest and the most stressful, getting them to show up to an event, to being on time or not showing up at all? Now my stress is not having enough days in the year to book everyone’s request.

Please tell us about Futboleros.
I am the soccer guru of soccer for the past 28 years in Hollywood. Futboleros specializes in crowd engagement with our choreographed soccer shows and high energy. Futboleros is the only company in the US who has a group of Freestylers who offers total soccer entertainment with great talent. We are the few, the proud, the Futboleros.

Do you look back particularly fondly on any memories from childhood?
Playing soccer with all my 3 brothers and 1 sister. We always were together, that’s all we did was play soccer year round and even played on the same team.