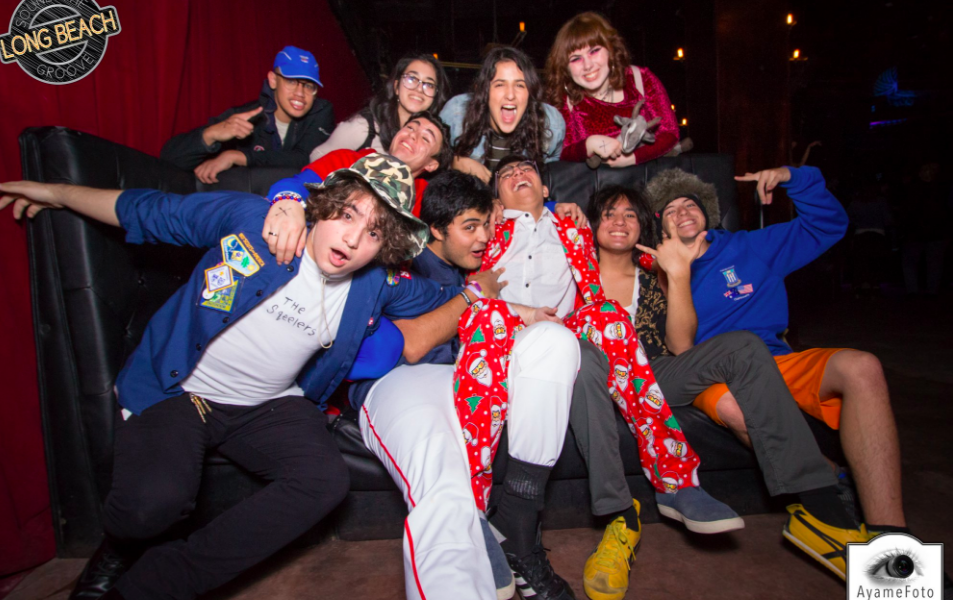 Today we’d like to introduce you to James Fall and Sebastian Moeller.

James and Sebastian, can you briefly walk us through your story – how you started and how you got to where you are today.
Starting off in 2016, Sultan Hmed Fall (drums, guitar, external instruments), Stinky Elijah Reyes (vocals), and Seb daWeb (guitar, vocals) have been collaborating together, starting off working in their high school’s theatre department. As the school year progressed, the three got together along with Alex Weitzel on piano to perform the song “Last Leaf” for their school’s talent show under the moniker “Two Hour Shower”, an ode to the friend mighty Joe and his showers that had many waiting. Sometime later in March 2017, Hmed’s’ other band, “Fears of Abandonment”, was organizing a show at Meow Meowz Thrift Shop on Colorado Blvd in Pasadena, and asked Two Hour Shower to play along with them, which was an exceptional first set filled with originals and Brain Stew with cowbell. Months later, Two Hour Shower would play with Fears at Amplyfi in Hollywood, later playing throughout Pasadena during the rest of 2018 along with bands such as Very Sorry and House Fatigue. However, during this initial starting period of the band, school-related physical distance put a hold on the creative processes of the band but ultimately made the practices and performances during the times of getting back together during a break that much more meaningful.

Eventually in the summer of 2019, Two Hour Shower began their first tour throughout California along with sister-bands Carboretum, Very Sorry, and Fears of Abandonment, starting off at Meow Meowz thrift store in the dirty Dena and performing at Bridgetown Diy in La Puente, the Honey Hive Gallery in San Francisco, Oakland Secret, and Room 41 in Burbank among other Southern and Northern California venues. The band has expanded since 2017 to include members who come and go and rotate around in the band’s lineup including: Joe Hernandez on guitar, Angel Aliano on drums, Kate Mena and Mars on Bass, Daniella the goat tambourine lady, with Clayton acting as a personal announcer like da lets get ready to rumble guy. Starting off the new year in 2020, Two Hour Shower held their album release concert for their first album, “Shower Thoughts”, at the Federal Underground in Long Beach. All their music is independently recorded, produced, and released. The album, along with their EP’s, “Sin-N-Out” and “A Ride in Chancho”, can be found on Spotify, Soundcloud, and many other internet music destinations. Music and Education are the tools of change, Fight the Power Two Hour Shower.

Great, so let’s dig a little deeper into the story – has it been an easy path overall and if not, what were the challenges you’ve had to overcome?
The road has been slowly moving, on account of our living on opposite sides of the nation from each other, but it has been smooth when we are together. For example, we hit a small stroke of luck with our first EP “A ride in Chancho” when one of the tracks, “Back at the Pad”, was circled around SoundCloud much more than we had expected, currently having about 3000 listens on SoundCloud. While this can seem like just a number, we are primarily focused on making and performing music for the pure passion of doing it and entertaining our fellow San Gabriel Valley slime. In 2019, we were able to organize a tour along the coast of California in which we collaborated with local artists of the areas. There were a lot of hardships in organizing the tour; it was a feat and process we had never done anything close to, however, we figured out many lessons along the way. We dealt with the sudden dropping out of venues, bands, and sleeping on a boat for a portion of the time in order to make it happen, but all in all, we all believe it to have been a great and successful experience.

Please tell us about Two Hour Shower.
Our company is the experimental punk powerhouse band known as Two Hour Shower. Although the name does suggest water wasting, we conserve fairly well. Our band’s success comes from working with other artists, whether they are the bands Dead End Job, the Sqeelers, or Unicorns at Heart, to the countless visual artists that have helped with the promotion of our shows such as Ethan Qua, Yvan Gerolaga, and Sophia Jasper from the local San Gabriel Valley, or filmmakers like Kat Lingonfelser and Michael Gibbs. Being part of the musical community, the Chow Mein Triad, has helped us to play more and have a farther reach with our music, and fosters a great connection between our bands. Collaboration and creating a truly collective effort with artists of all fields has made our performances and goals as a band that much more enjoyable. For example, we organized a music, film, and art show at Bridgetown DIY in La Puente, CA where our filmmaker friends screened short films and artists presented their artwork in between the sets of the bands. Our group’s specialty as far as our genre is concerned, for the most technical of critics, could be considered ska, punk, garage, grunge, with strong roots in performance-art based on our common theatre backgrounds, among other alternative categories. We hope to expand into more experimentation with elements such as mandolins, afrobeat, dub, math rock, bossa nova, Mongolian throat singing, and more cowbell. Our beloved fans, the showerheads, are our specialty – they’re the most dang loyal and swell friends and fans in the world!

Do you look back particularly fondly on any memories from childhood?
Our favorite memory from childhood was hands down the lizard kid. This man was absolutely something else. We have a lot of songs about characters in our lives, such as Tony Poon and King rubber ring, but lil lizard kid definitely deserves a song. A true tamer of the reptilian kind, he holds lizards but to no surprise. He eats pizza everyday and crushes soda cans on his forehead after finishing said can, an estimate of around eight smashed cans sit on the floor of the lizard kid, a bona fide sugary fiend. Lizard kid is different than the lizard king Jim Morrison, but he is truly something special. A character without being a caricature, lizard man inspired us initially to make music and follow through with the craft, always providing compliments and attending shows when we first started up in the San Gabriel Valley. Lizard kid is the type of individual to complete one hundred pushups, eat a bowl of macaroni and cheese, and sit in bed watching wrestling. The complex dynamics of such a lizard kid who would change his pants in the drive-through of a Carls Junior is the type of fighter of power each of us in the band aspire to be. Growing up, Lizard Kid embodied the best of our interests in star wars, wrestling, Spider-Man, and skateboarding, with each of these influences appearing in our music, and the songs yet to be released. Two Hour Shower hopes to honor Lizard Kid who is a true protector of his own new child, Sinkue, and a key personification of one who fights the power and does cartwheels at will. 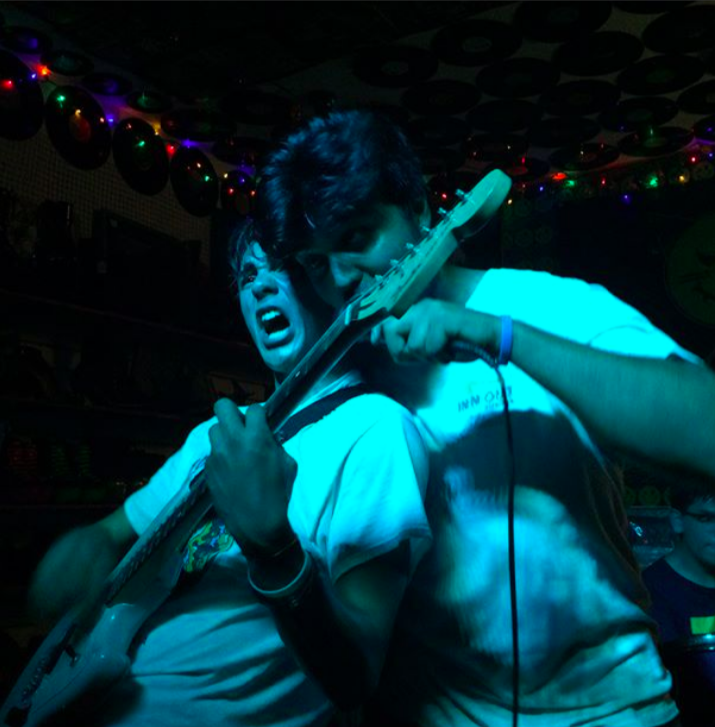 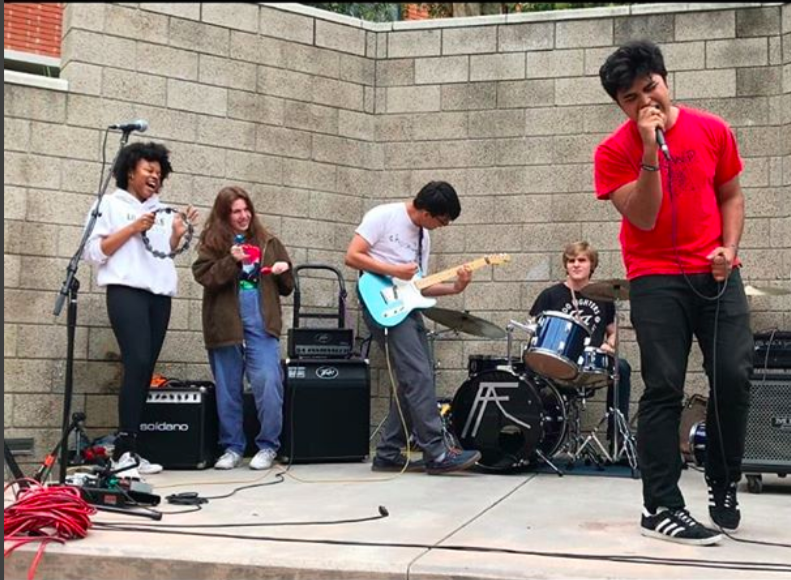 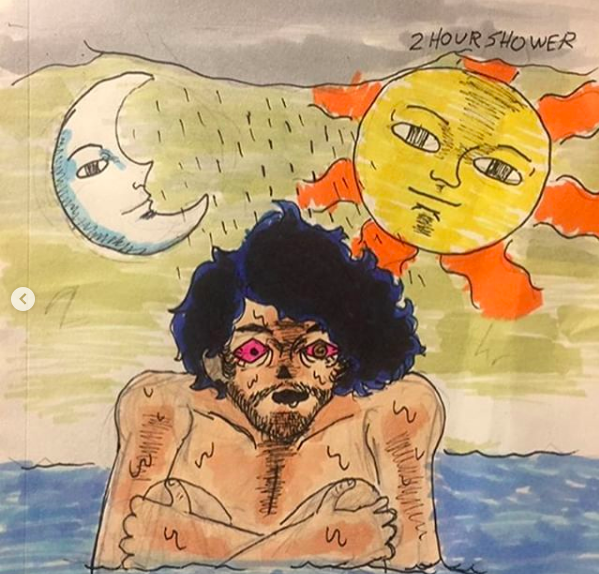 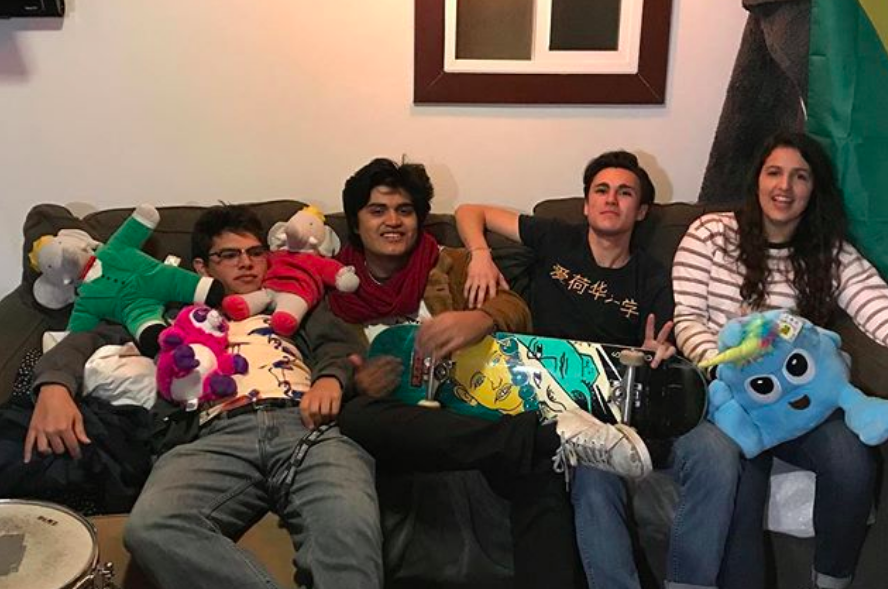 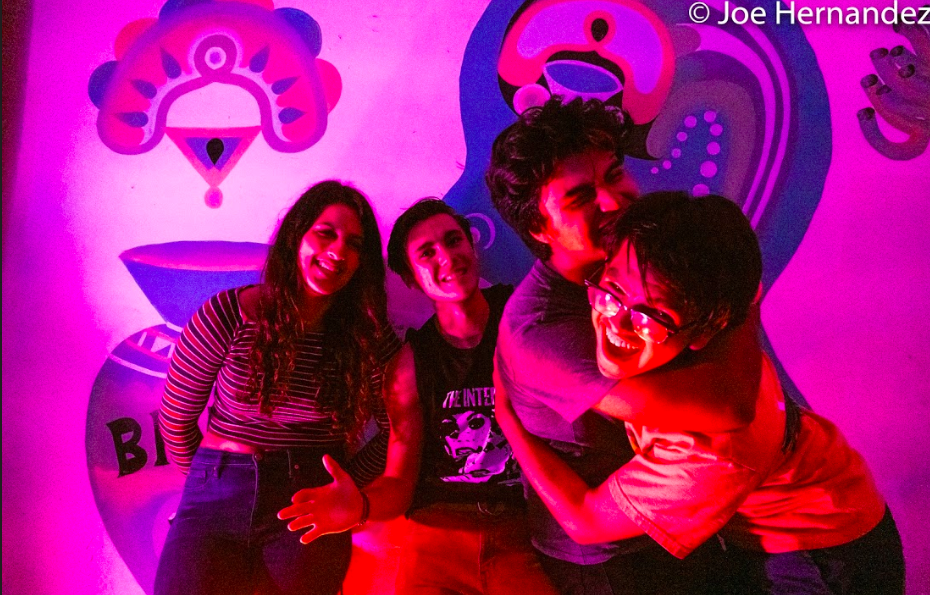 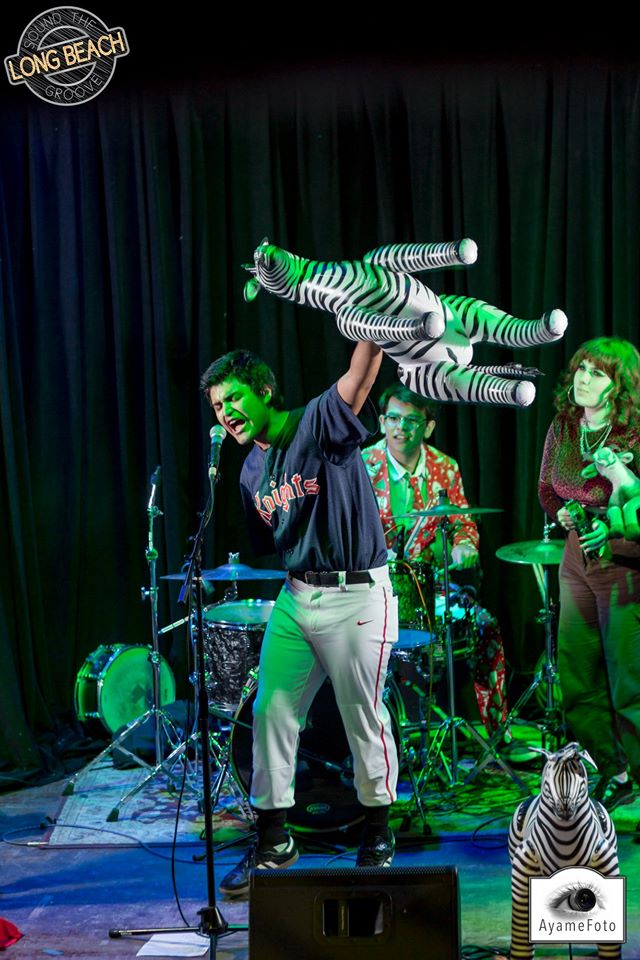 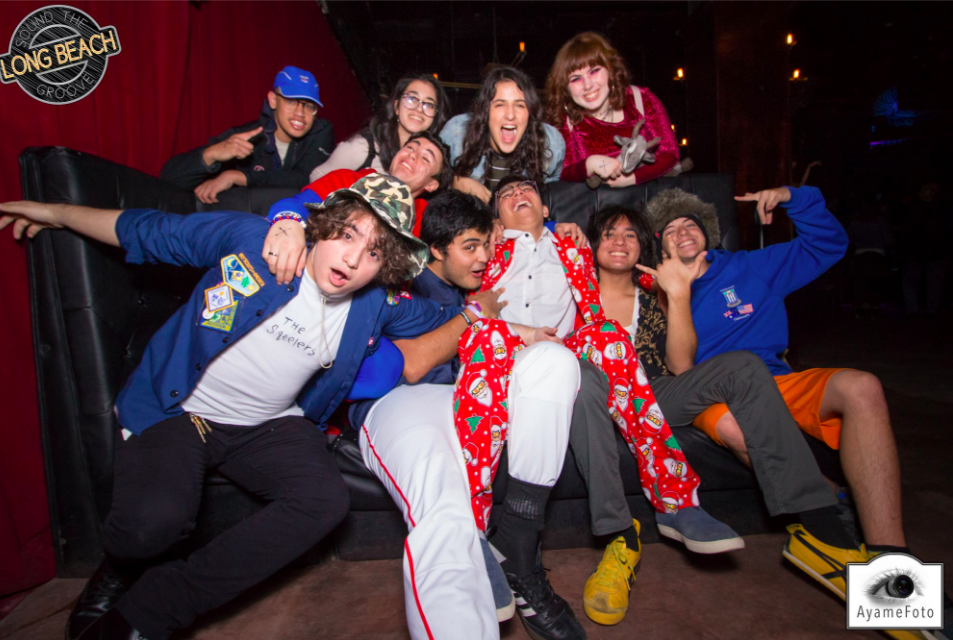