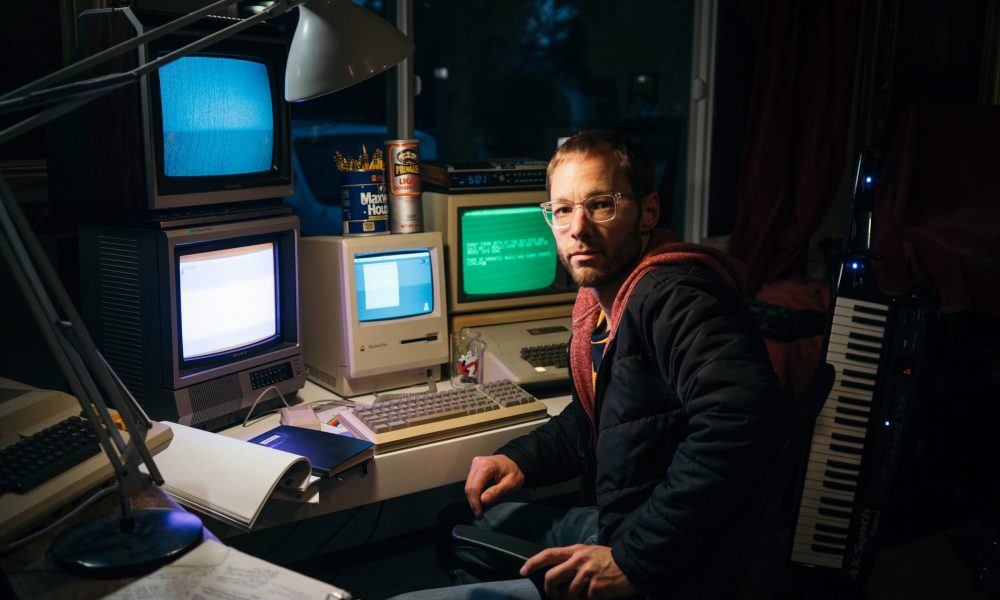 Today we’d like to introduce you to James DeLorean.

Thanks for sharing your story with us James. So, let’s start at the beginning and we can move on from there.
I grew up in Plano, Texas. In 1991, my family purchased an IBM PS/1 for $1,699 ($3,229 adjusted for inflation). I immediately monopolized the computer (much to my two older brothers’ chagrin), spending hours at a time working on stories. Back then, it was mostly horror stuff (one of my third-grade teachers prophesied I was “the next Stephen King”). Those early days noodling around on a word processor helped me discover my passion for writing. Even then, I was telling anyone who would listen (‘anyone’ did not include my parents) that I was going to be a Hollywood big shot like George Lucas or Steven Spielberg.

Starting in junior high, me and a group of friends started making funny shorts. We all wrote, acted, and shot them together. It was a wonderful time discovering who we were and all just doing what was required to make the funniest thing possible. I don’t think any of us realized back then that we were getting a film education. We were just having fun and trying to make each other laugh, but I definitely learned a ton from those experiences – certainly more than some fresh-out-of-film-school kids I’ve met out here, who went to expensive film schools like LMU but didn’t know how to hold a camera or how a microphone works. Honestly, sometimes I wish I could go back and re-experience the inhibited joy we shared when we were making movies in our backyards, living rooms, and high school parking lots.

In 2004, I took a class called ‘Intro to MIDI’ at Austin Community College, which got me into programming and recording music. The teacher was a pompous electronic musician. He proudly told us, “I know more about synthesis than anyone else in a 500-mile radius.” He also stated matter-of-factly that his old, busted Honda Prelude was one of the greatest cars ever made, that Honda made a mistake in discontinuing its production. Despite all of that, that class served as the core foundation for all my music production work. And more importantly, it sparked my love for making music. I found I could lose myself while recording, where 12 hours would just vanish and I’d realize I had forgotten to eat. I started writing my own songs, which ultimately led me to finding the world’s greatest piano teacher. She helped whip me into shape and gave me the confidence I needed to move to LA.

When I got here eight years ago, I took sketch and improv classes at UCB, Second City, and iO West. I got back into making comedy shorts and really focused on writing. I wrote, produced, and/or starred in web series, short films, and an original musical. I’ve written a drawer full of half-hour comedy pilots, one of which was a semifinalist in 2019’s Final Draft’s Big Break. I composed original music for several of my projects such as ‘The Jacket,’ ‘Milkshake Maniac,’ ‘Time Pals,’ and ‘Hans the Incredible Unicorn.’ And I put up my musical, ‘Earworm,’ at the Lyric Hyperion a while back.

Recently, I’ve been taking a bunch of clowning and idiot classes and exploring that performance scene. I’ve been wanting to put on a solo show for a while (which will probably happen soon), but I knew that first I needed to loosen up and get more comfortable on stage. That prompted me to sign up for an idiot class, which – to my surprise – led to a powerful experience in which I got reconnected to a part of myself I lost long ago.

We’re always bombarded by how great it is to pursue your passion, etc – but we’ve spoken with enough people to know that it’s not always easy. Overall, would you say things have been easy for you?
Well, I should start by stating the obvious: I was born a straight white male in America, and along with that came an inherent advantage that certainly made things easier for me than many others – in ways I know I can’t fully comprehend.

Growing up, my parents weren’t supportive of my writing aspirations. They thought it was kinda cute when I was a kid, but as I entered adolescence and hadn’t grown out of it, they grew less comfortable with it. They didn’t want their kids to be any different from anyone else. They wanted normal, boring children who would be happy working at a bank for 20 years until suddenly dying of a heart attack on the floor of a Mexican restaurant during lunch hour, never having it occur to them that they should do something interesting with their lives.

I learned to hide my writing in a drawer. At some point, my parents found my stash and read through all these stories I hadn’t shared with anyone. My dad left a sticky note note “from God” on one of the pages. It said something like, “None of my children would use this much profanity. It makes the writer sound less intelligent.” It sounds funny, but I felt really violated. Soon after, I burned all of my writing in our barbecue grill while my family was eating at Luby’s and threw out a bunch of floppy disks.

I expressed interest in film school, and my parents shamed me for being above getting a “real job” like everyone else. Nonetheless, I applied to some film schools and, to my delight, I got into Emerson. (Their acceptance rate is around 50% so honestly, it wasn’t that big a deal, but it *felt* like one.) I was thrilled and really proud of myself, as academics weren’t my strong suit (I finished 12th from the bottom of my high school class of 1,700 and dropped out). I was looking forward to starting my new life in Boston. But when I told my parents, they ignored me. Like straight up refused to discuss it. Weeks went by, I kept bringing it up, and they revealed they had no college fund saved for me. I applied for student loans, but I needed a co-signer. They refused. When I broke down sobbing, they groaned and told me to grow up.

So I got a late start. I worked in retail for several years, which probably better prepared me for the industry than film school. But one of my high school theater buddies did go to school in Vermont around the same time I would’ve moved to Boston. He did UCB in New York, performed a lot, wrote plays that got produced, was in TV commercials and shows – all while I was selling cell phones in Lewisville, TX. Now he’s repped by ICM and is a staff writer. He lives in an actual house. Not to say he didn’t work hard. He worked his ass off and is really talented, but he had a near-decade head start on me because his parents actually believed in him.

Could I have been more resourceful and persistent back then? Probably. But it took a long time for me to heal from that. Thankfully fate led me to my piano teacher, who gave me that loving support my parents denied me. She instilled me with a sense of self-confidence and strength, and she validated my aspirations. Only then did I feel empowered enough to identify as an artist and start pursuing a career in entertainment.

Aside from that, it’s been pretty typical starving artist type stuff. I don’t come from money, so I have to balance a day job with my creative pursuits. If I didn’t have to have a day job, I could make a lot more progress much quicker. Maybe I’d be famous by now. Maybe I’d still have a full head of hair. (Actually, if I had money, I’d definitely still have a full head of hair.) When you’re moonlighting as a writer/performer, you flip flop between hustle and burnout with bouts of anxiety; you go in waves.

That, and I’ve had ongoing hearing issues for about ten years which began with a sudden hearing loss and recently led to me being diagnosed with a progressive inner ear disorder, so my relationship with music has been intertwined with anxiety and a sense of uncertainty.

We’d love to hear more about your work.
Sad Boys is just a corporate entity for my work, so its purpose is the same as mine – to write, produce, and act in works for TV, film, Internet, and stage.

So, what’s next? Any big plans?
My overall objective is to keep telling stories that are more vulnerable and to push outside my comfort zone. Short-term, I’d like to write and put up my solo show and sell the digital series I’m developing. Longer-term, of course I’d like to be producing TV shows and features. I’m always going to be writing and performing in some capacity. What that looks like at any given time will always be evolving. 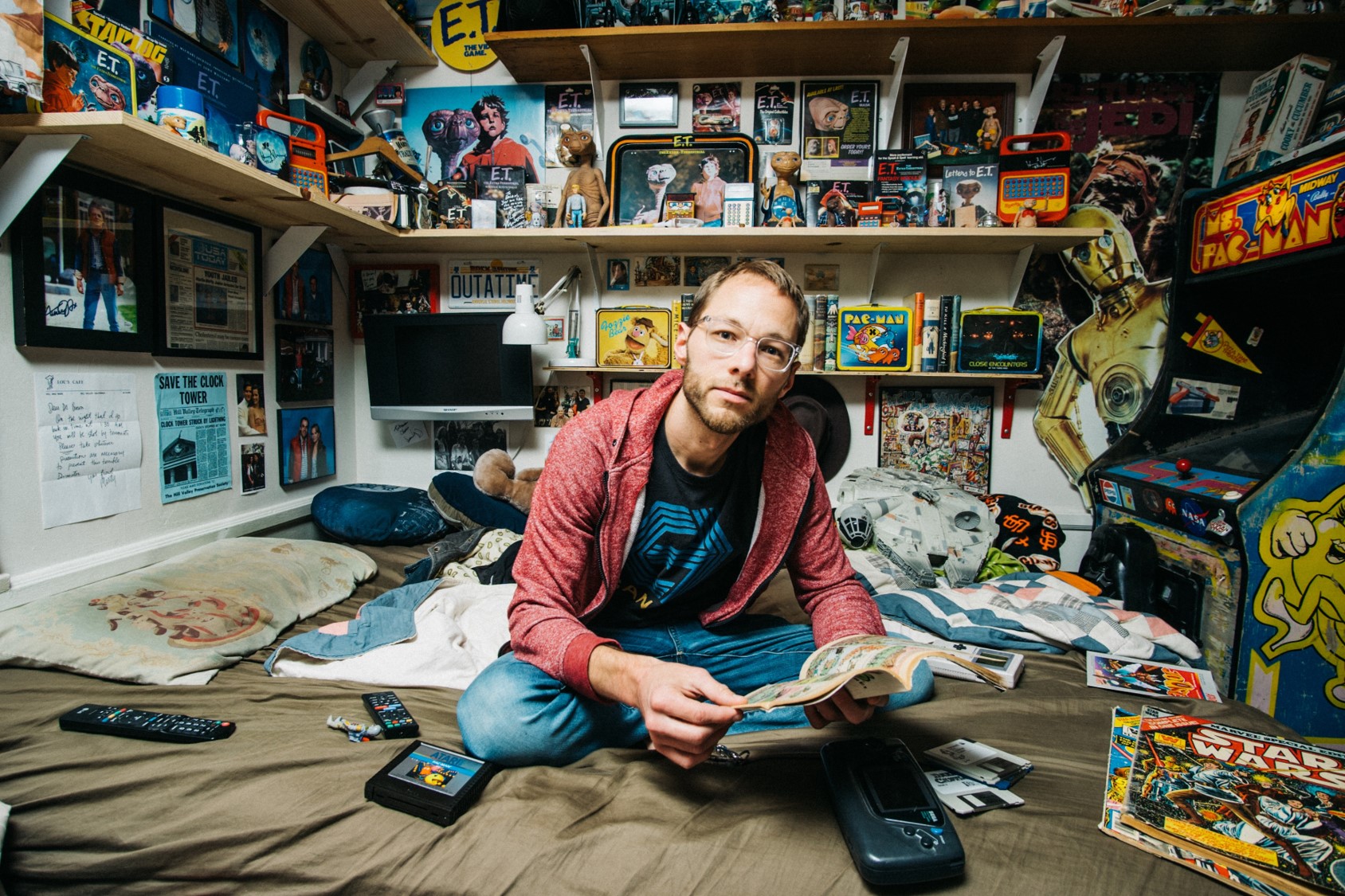 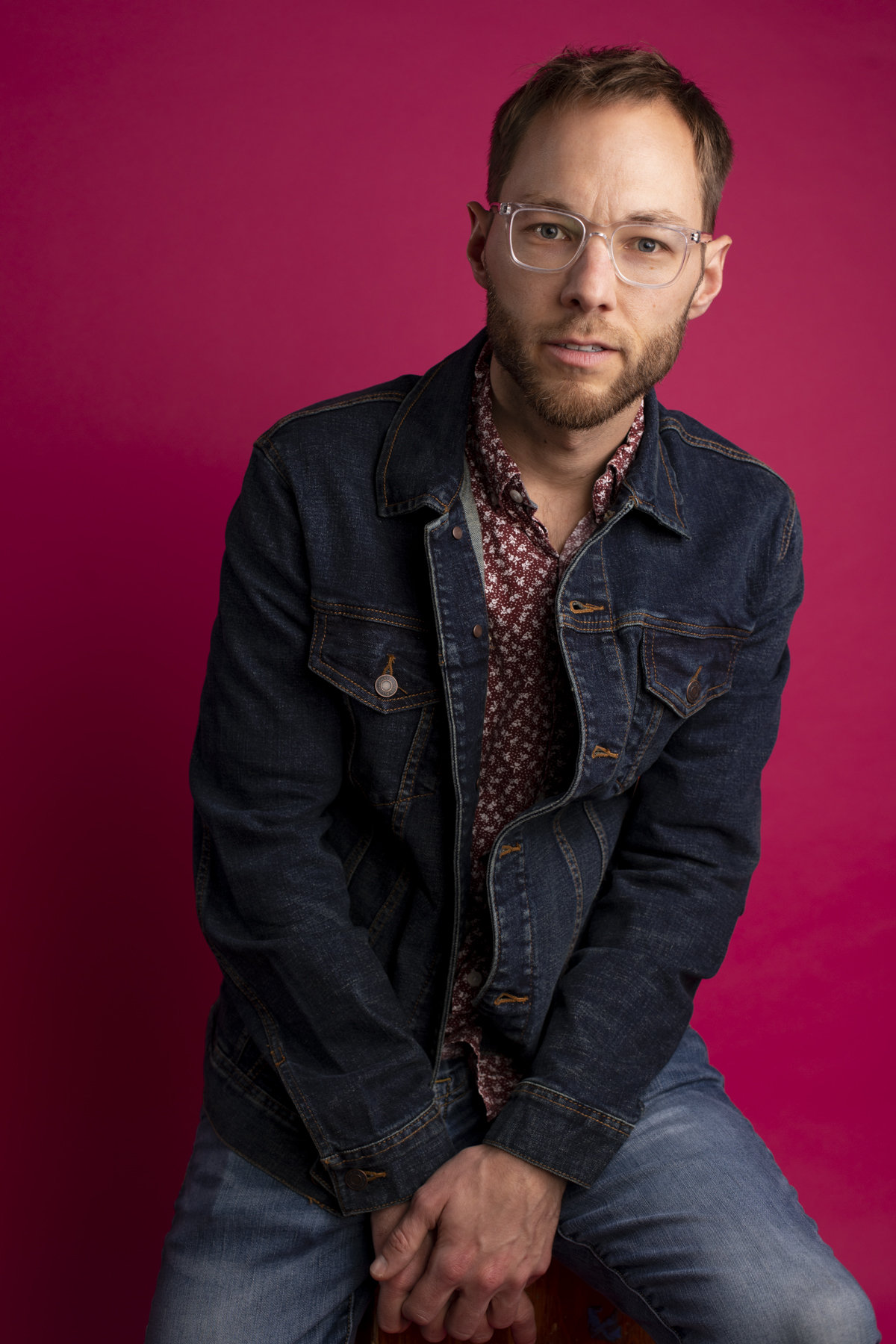 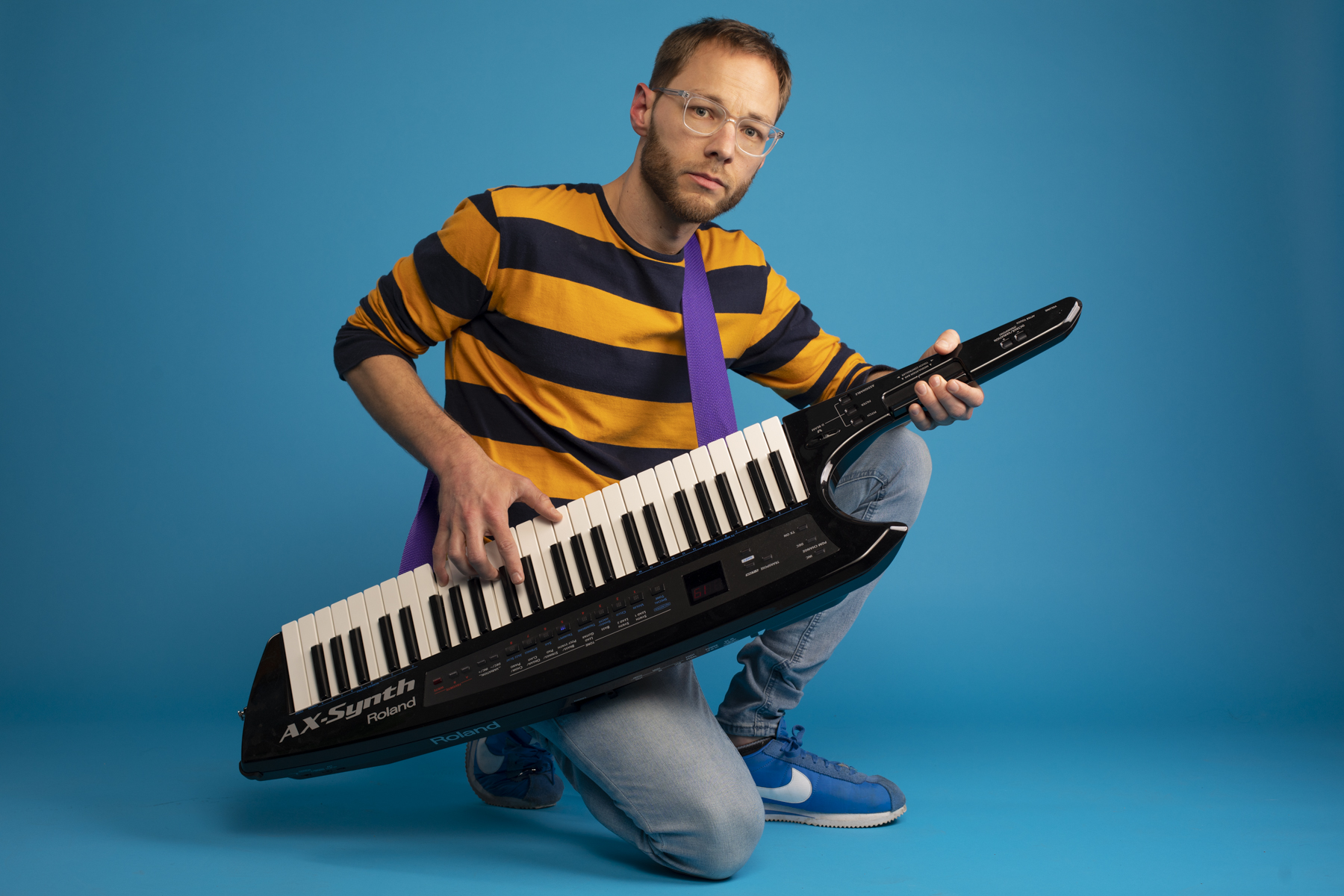 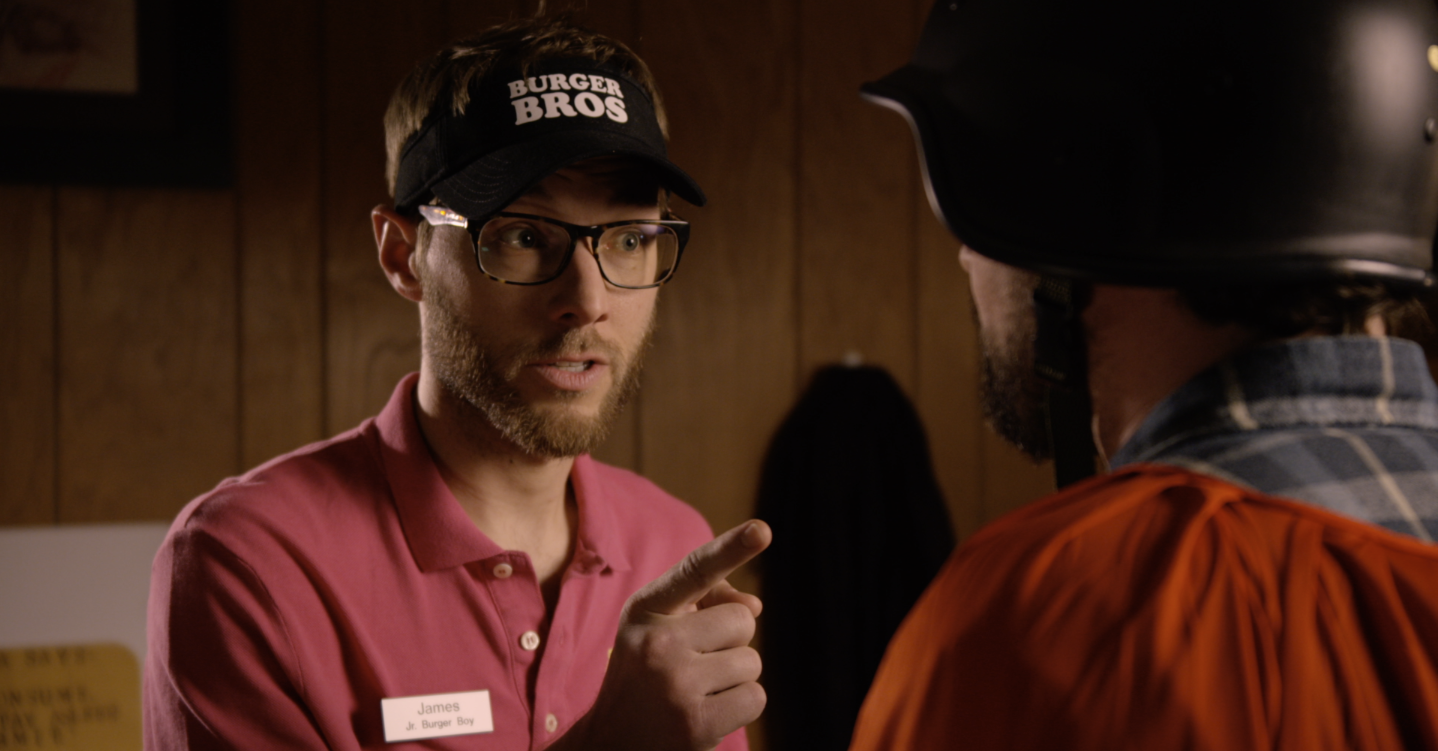