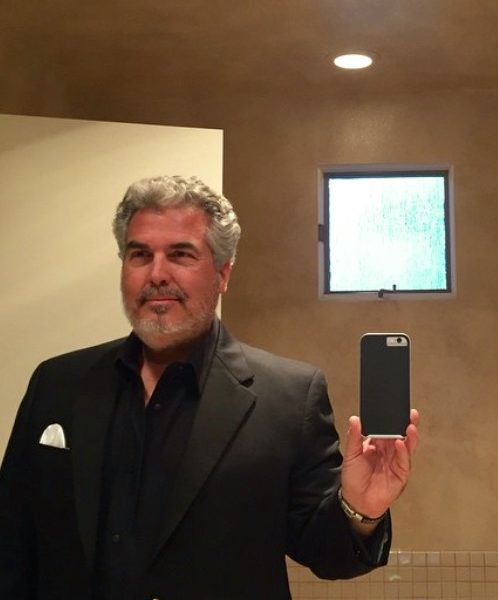 Today we’d like to introduce you to Brad James.

So, before we jump into specific questions about the business, why don’t you give us some details about you and your story.
I am an LA Guy….. I was born in Burbank at St. Joseph’s Hospital and grew up in Encino. I attended Buckley in grade school and then Harvard (now Harvard Westlake) in High School. While in college at Loyola Marymount University in Westchester, I also would work at the Playboy Mansion on Friday and Sunday evenings parking cars. After I graduated with degrees in Business Administration and Film and Television Production, I was playing golf at Lakeside Country Club with a dear friend, Tom Von de Ahe. (his grandparents had founded Vons Markets.)

Tom told me he was attending a show at the LA Convention Center highlighting Business and Franchise Opportunities. After attending the show, he had decided to purchase a distributorship for a start-up Telecommunications Company called “Phoenix Network” which was based up in the Bay Area. Phoenix Network was one of the first “rebilling” companies in the Telecommunications Industry. Back in those days, there was no internet. You received a local phone bill and a long-distance phone bill. Phoenix Network had signed agreements with the “Big Three” Long Distance carriers…. AT&T, MCI and Sprint. A Client could remain on a major carrier, but, by virtue of volume discounts through Phoenix Network, could reduce their rates by up to 25%.

At that time, when calling coast to coast could cost 30 cents a minute or more, this savings was significant. I thought it sounded like a wonderful opportunity and Tom and I decided to work the business together. The first thing we did was run back the University we graduated from and signed up the kids in the dorms for long distance service. Seemed like a great idea, but when the kids received the bills, they often had difficulty paying them on time, if at all. We realized we better focus solely on Commercial Accounts. After a few years, Tom had an offer to go work for his family business and I took over the Company and created James Communications.

Has it been a smooth road?
As with any business, it has had its highs and lows over the past 30 years. My first commission check was for $1.06 after working at the business for nearly 4 months. People have asked me if I framed the check…. I cashed it, I needed the money!!! My family has a long association with the Entertainment Industry (My Father, Dennis James, was Game Show Host, Commercial Spokesman and Philanthropist) so I had the advantage of signing up some fairly high-profile accounts early on…. Clients such as Bob Hope Enterprises, Dick Clark Productions and Budweiser of Louisiana, to name just a few.

The Business has grown steadily through the years, but as with any business, when clients leave or close their doors or when there is a downturn in the economy, it affects your revenue stream as well. The Telecommunications Industry is constantly adapting. With the evolution of the internet, data networks, the cloud, hosted phone systems and applications, it is a very different business. To be successful, you must constantly have your finger on the pulse of the industry and be aware of the new and changing technologies on the Horizon. That said, we are very careful to try and protect our clients from being on the “bleeding edge” of the technology…… technology which may not perform as described or be accepted as readily as the industry predicts.

So, as you know, we’re impressed with James Communications – tell our readers more, for example what you’re most proud of as a company and what sets you apart from others.
James Communications is a full service, Nationwide, Telecommunications Consulting Firm. We serve as a partner to our clients in helping them determine the best voice, data and cloud services that are the right fit for their Company, both in terms of the technology available and their budget. We are carrier and vendor agnostic. Because we are able to offer our clients the products and services of every major provider in the industry, we tailor our recommendations to their specific requirements.

I am very proud of the personal level of partner support that we provide our clients and I am honored to say that many of our clients have been with us from the launch of our Company back in the late 80’s. The trust they place in us is very humbling and we work hard to continue to earn their loyalty every day. In addition to running the communications company, I sit on the Board of the “Dennis James United Cerebral Palsy Center” down in the Palm Springs area.

My father was the Host of the UCP Telethons for 47 years and over that time, helped raise a Billion Dollars for UCP and other Charities. The Center down in desert oversees numerous after-school programs and helps over 300 families who have members with special needs. My father installed a need and desire to always “give back” to the community, and I am proud that I am able to continue to do that.

Let’s touch on your thoughts about our city – what do you like the most and least?
I spent most of my youth on Ventura Blvd and in Westwood. Back in the 70’s, it seemed a bit quainter and much less populated in terms of both people and cars. My mom would often say she could get anywhere she needed to be within 15 minutes…. whether it be the valley, Hollywood or the West Side. We live in an amazing place, where the ocean, the desert or the snow is only an hour away, if not less. Los Angeles is a wonderful melting pot with varying cultures, entertainment avenues, recreational options and cuisines. I am hopeful that LA will put in the world-class transportation infrastructure they so richly deserve, though I know the challenges are many. 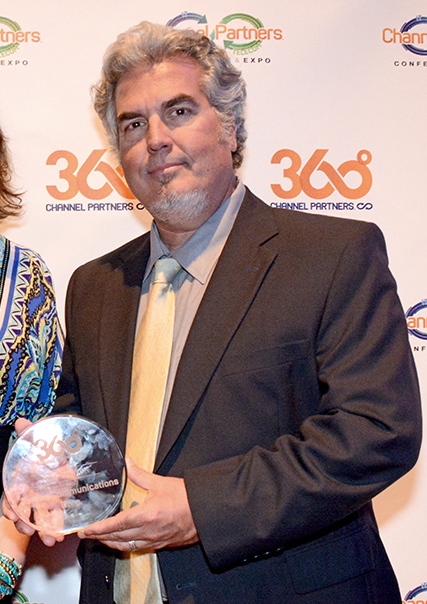 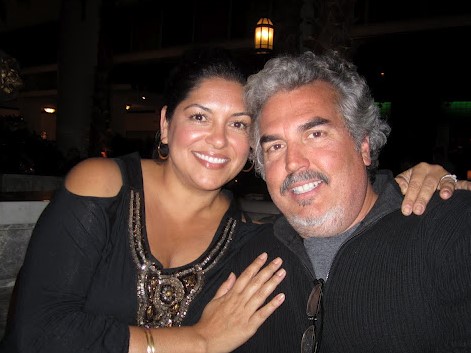 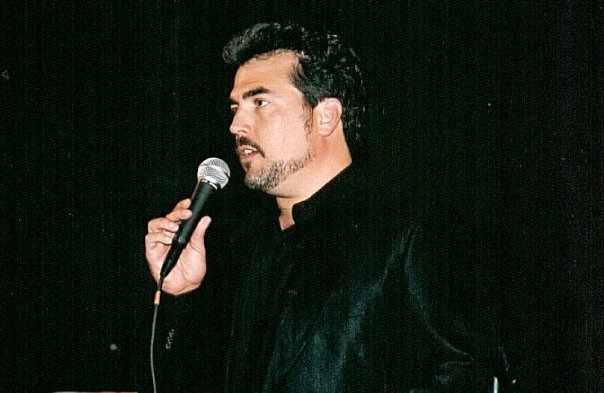 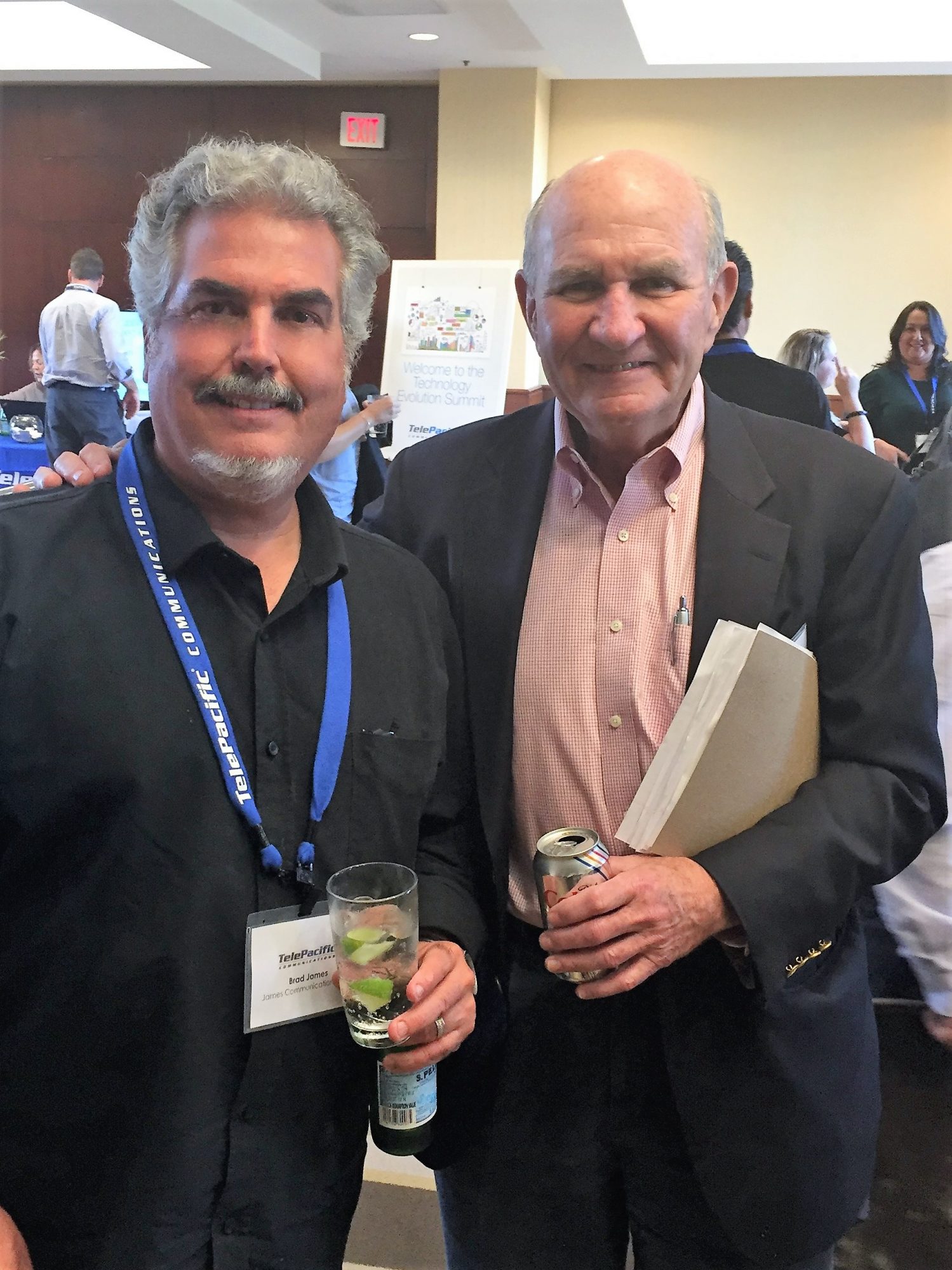 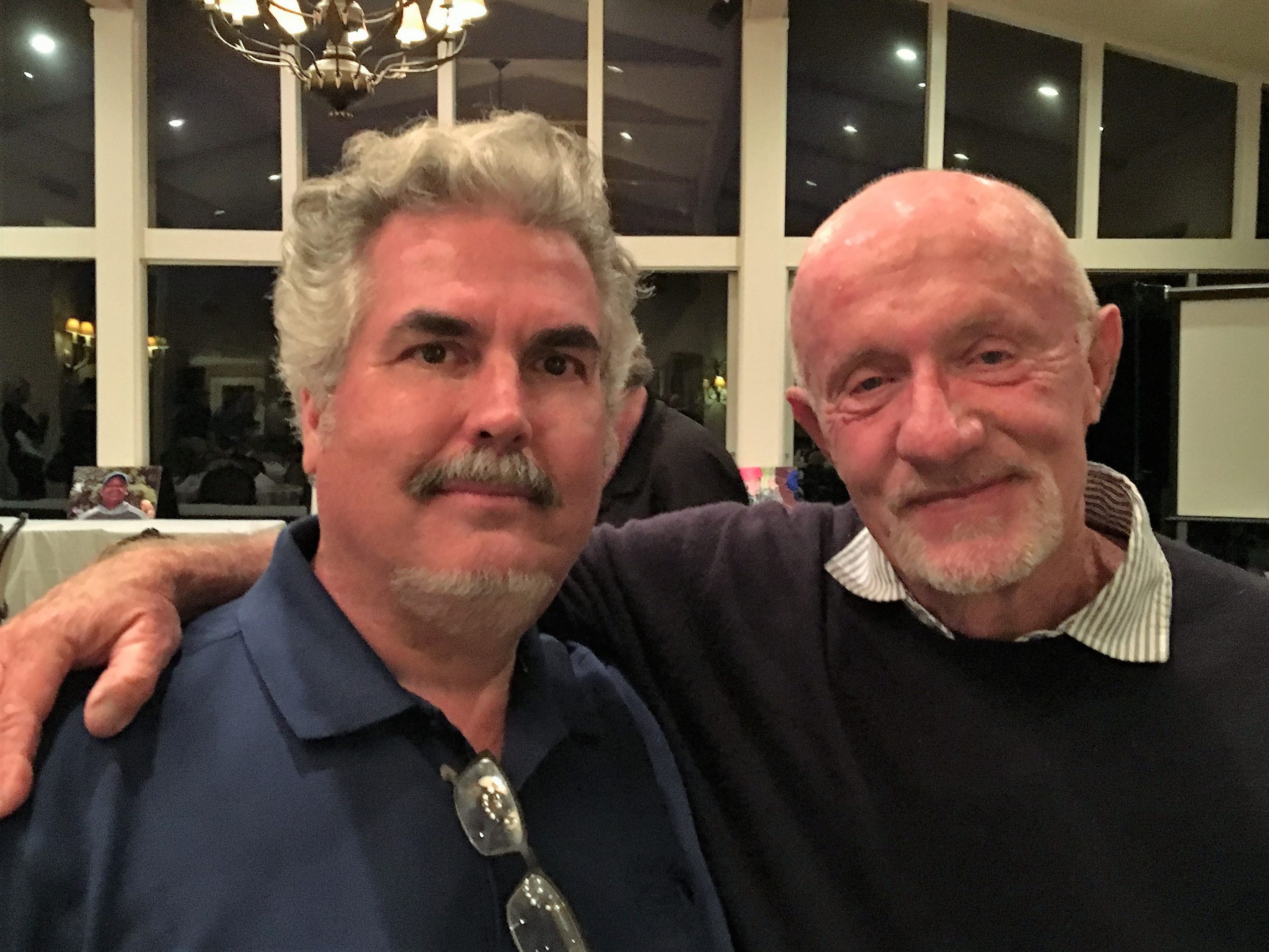 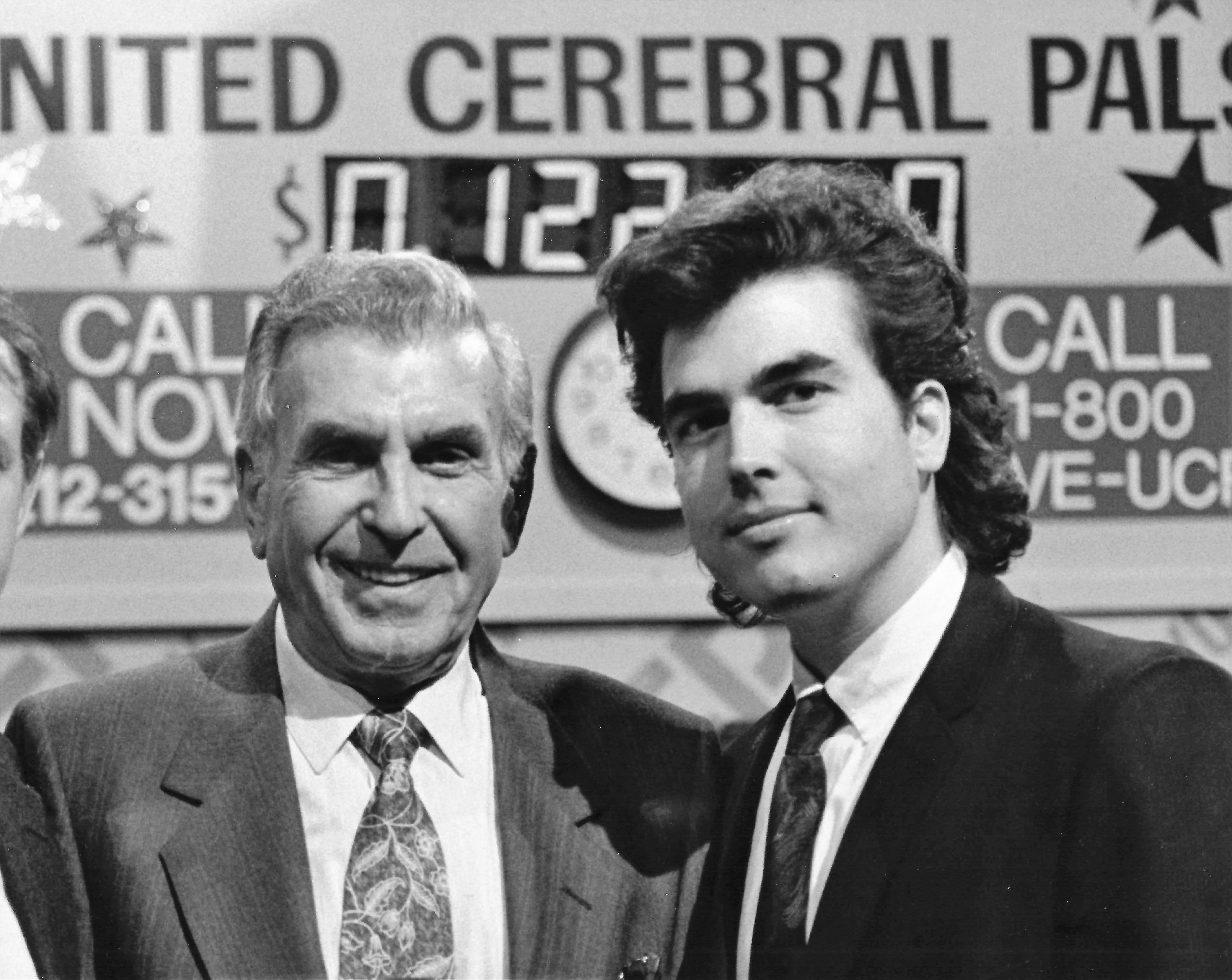 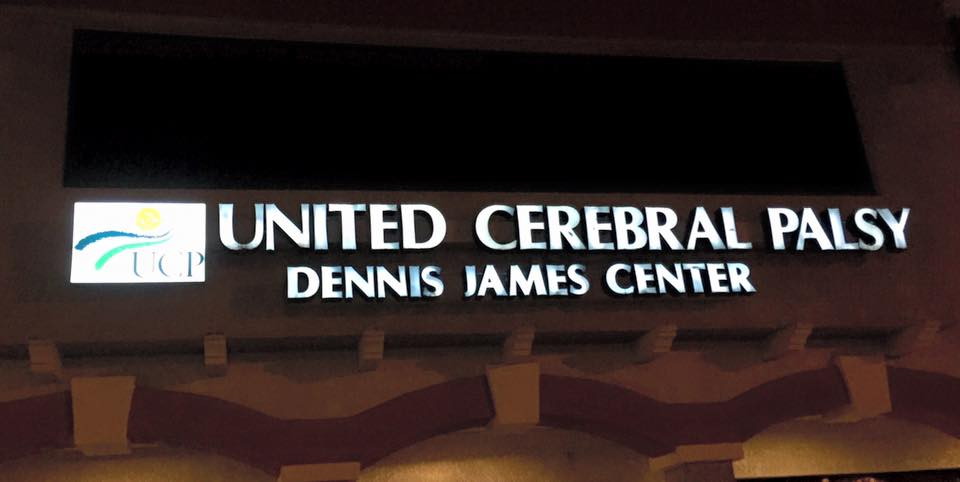