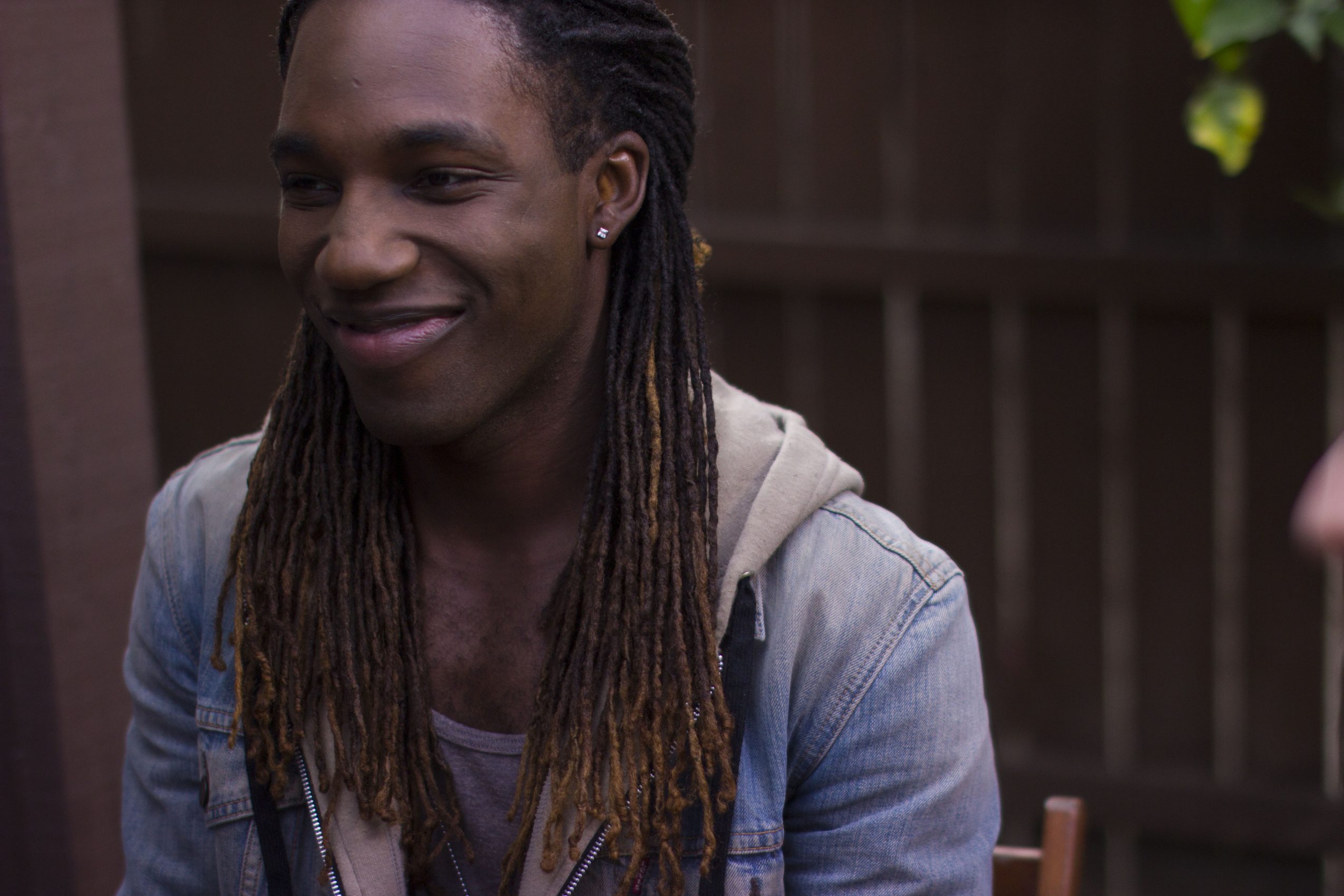 Today we’d like to introduce you to Jamal Douglas.

So, before we jump into specific questions about your career, why don’t you give us some details about you and your story.
I was born in Baltimore and raised just outside of Washington D.C. in Prince Georges County Maryland. I didn’t speak a lot as a kid and when I did, some did not understand what I was saying. Speech was a challenge for me and that landed me in speech therapy and hooked on phonics. My speech therapist decided that nothing was wrong with me and that I just learned at a different pace. It’s amazing that today my voice is my largest asset as a stage and film actor, but most importantly, what I have to say about the art I am attached to.

Growing up, I was a shy kid, but if you got me on a stage, I would just light up and something grand would burst out of me. It was a sort of freedom for me to be able to express all that I felt was holding me back through a dance, song, or theatrical piece. While attending Suitland High School for the Visual and Performing Arts as a theater major, my predominately black classmates grew in frustration with the plays that we were learning about. Many of the stories did not reflect the black and brown stories that reflected the hard-knock lives we lived. Myself and my classmates, frustrated with the lack of representation, decided to start our own theatre company, Unleashed Talent productions. We wrote, directed, and staged our own work speaking to our reality. This was my introduction to social and political theatre. Theatre making that forced action within our communities and that became the reason why I would create art.

While in college at Arcadia University, where I earned my BFA in Acting, I studied abroad in Cape Town, South Africa, where I studied Theatre in Education. While there I devised an original show with my classmates called, Self Identity, using techniques from Augusto Boal, who was the founder of The Theatre of the Oppressed. The show spoke to the challenges faced by some youth of Cape Town in a post-apartheid world. We toured the show to township schools and elite schools outside of the gates of townships. The power of our small show inspired many youth to share their stories of heartache, abuse, fear, joy, happiness, hope, and change. For many, it was their first time experiencing theatre where you could talk back to the actors and have a dialogue about what they experienced and felt. Theatre where their voice mattered as much as those on the stage. This reignited my passion for social, political theatre.

Upon arriving back to the states, I was attending an internship fair at the Theatre Wing in NYC and I came across a company called, SAY, a performing arts company for youth that stutters. I was drawn to this company because having speech challenges as a kid, I knew what it felt like to be silenced. I knew that the arts freed me. I began working with the company teaching hip hop dance, facilitating playwriting, and mentoring beautiful, spirited children and it has been one of the most important things in my life. A place where everyone has as much time as they need to speak and the arts as a vehicle to empower the voice of our youth. I’ve been with SAY for ten years now and it’s taught me the most important lesson to date in my life, to listen and let people finish.

I was one of the only people of color in my theatre department at Arcadia University and my senior year I lead in the first African American play ever produced at the university, Home by Samm-Art Williams. The lyrical play follows the coming of age story of a young black man from the rural south, chasing love, desire, and freedom, that lands him back home where his heart always remained. My performance in the show landed me a National Selection fellowship at the Kennedy Center American College Theatre Festival.

After graduation, I spent a few years in Philadelphia performing political theatre at the National Constitution Center, understudying and working at various regional theatres, and working with young playwrights. I came to a block in my artistic ability as an actor. That block was my own fear. My fear of classical theatre. I had always received compliments in my adult life about the sound of my voice and presence. I didn’t understand what people heard. I think that little boy embarrassed by his voice was still alive in me, even after all of the work on my voice. I remember while performing in a show, playing various characters, a voice coach was called into work with me. Just me. I cried. That little boy that felt so insecure about his voice cried loudly. That followed me around for a bit and whenever I would get a Shakespeare audition, I would get in my own way and sabotage myself with doubt. After getting cast as Lysander in Midsummer with Delaware Shakespeare festival, and battling my fear through the entire rehearsal and run of the show, I knew I wanted more training. I auditioned for grad school the following year to get my MFA in Acting and the only school I got into was the classical one. The University of San Diego/Old Globe. My fear accepted me.

At the Old Globe, I was the only person of color in my class, learning and performing classical theatre that did not do it’s best at representing women or people color well. I have long locs, some call them dreads, but I do not because there is nothing dreadful about them. I was asked various times to cut them for a role and being the only person of color, I often didn’t know what I would be cutting my hair to look like. The other white men in this Italian army? I was already out of place in this period. Or the argument that images of black people in the time period were hard to find. I started locking my hair years ago on a spiritual journey to accept my black skin, my kinky hair, and my black history, so I said no each time, even if it meant losing an opportunity. I lost none.

The beautiful thing about the University of San Diego/Old Globe was that my voice was never silenced and I felt that I was always listened to, even when difficult conversations had to be had. I spoke frequently about the lack of diversity at the institution and upon graduating, the incoming class reflected the diversity I love to see in my art. Also, The Old Globe cast me as Claudio in Much Ado About Nothing, which was a part of Globe for All, a mobile Shakespeare unit taking theatre to underserved communities, including women shelters, homeless shelters, prisons, and senior citizens homes, to name a few. I was right where I belonged, doing what feeds my soul. Bringing theatre to those who need it most.

After graduating from USD/Old Globe, I chose to face another fear, film, and tv. After performing in the theatre for 15 years, I thought to move to LA to pursue a film career. I don’t see anyone who looks like me on tv and I know that I exist in many forms, so I came to LA to bring visibility to my identity. Of course, that’s a tall mountain to climb, so I’ve made it about 25% up to that wall. Towards the end of my first year in LA, I landed the lead role in the queer horror film, The Quiet Room. The film follows Michael, who after the loss of his partner, finds himself in a psych ward after he attempts suicide, fighting his own demons. After reading the script, I knew I wanted this role. My brother is a gay man who suffers from bipolar disorder and schizophrenia. I am a bisexual man. My brother and I have traveled similar paths in finding our sexuality and seeing a reflection of him in Michael, was an opportunity to tell a small piece of his story, through the beautiful film written and directed by Sam Wineman. The film has since screened in over 40 film festivals worldwide, earned us great reviews from billboard.com and various local/national publications, and won me four best actor awards, with the film bringing home several more. As Sam says, the time for queer horror is now.

I currently reside in Sherman Oaks, continuing to work on art that matters, while meditating on my inner peace, acceptance, and happiness.

Has it been a smooth road?
It has not been a smooth road at all, but I learn from all the bumps. Growing up in predominately black neighborhoods and schools, then all of my higher education being in predominately white spaces has presented many challenges, from the lack of visibility to fighting for my voice to be heard and valued. Like with many artists, financial stability has placed many roadblocks. I’ve never had the luxury of just being a student or artist. I started working at 15 and the first week of undergrad, I got three jobs and kept at least two at a time through all of my education in order to remain in school. That was hardest in college when I was the first to ever be cast in 4 MainStage productions in one season while juggling two jobs, and a full-time class schedule. I remember getting out of rehearsal at 11 at night and heading straight to a doctors office I was cleaning for, writing a paper, then being up Saturday morning for a 10am 6 hour rehearsal day. It was tough, but it’s taught me endurance and perseverance. If my mom could do it as a single mom with two kids, so could I.

We’d love to hear more about your work and what you are currently focused on. What else should we know?
I’m an actor and teaching artist who finds purpose in creating art that tells the stories of our diverse, human experiences, in hopes that it will bring us closer together as a society. Through the telling our stories, we find ways to relate through belly laughs, heartache, love, desire, and enlightenment. They all strengthen our empathic sensibility. As a teaching artist, I continue to use the arts as a vehicle to empower our greatest hope for the future, our youth. Their voices matter. What sets me apart? I’ll never stop creating art to service our needs as a society, bringing visibility to every story that needs to be told.

Let’s touch on your thoughts about our city – what do you like the most and least?
What I love most about LA is the connection to nature. You have the ocean, the mountains, and the sunshine that continues to inspire and heal. It’s our best teacher of the will to survive and transform. What I like least is the disregard for human life when driving in LA. It’s really ridiculous that we would rather risk a life, then let someone switch lanes. A metaphor for America, I guess. 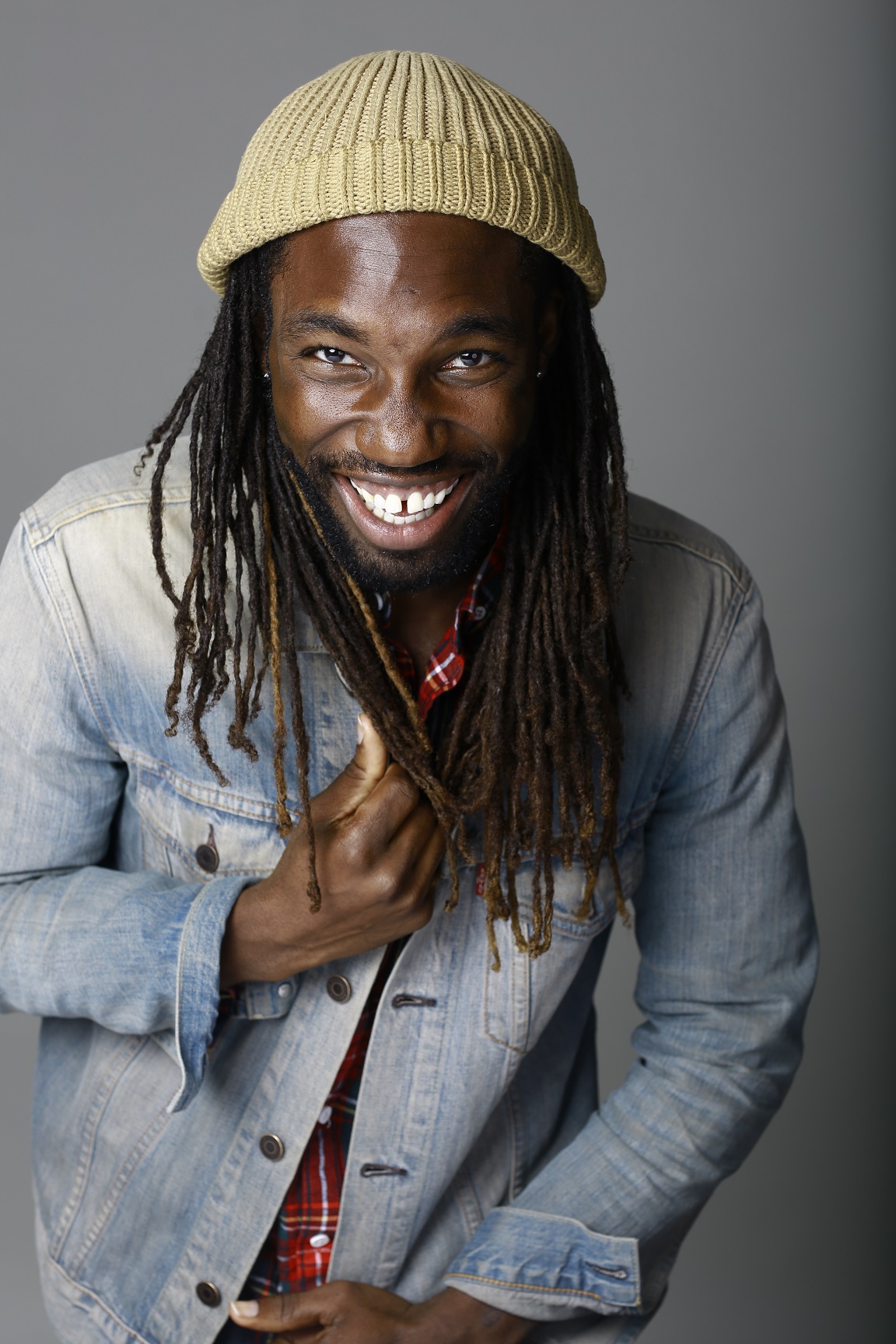 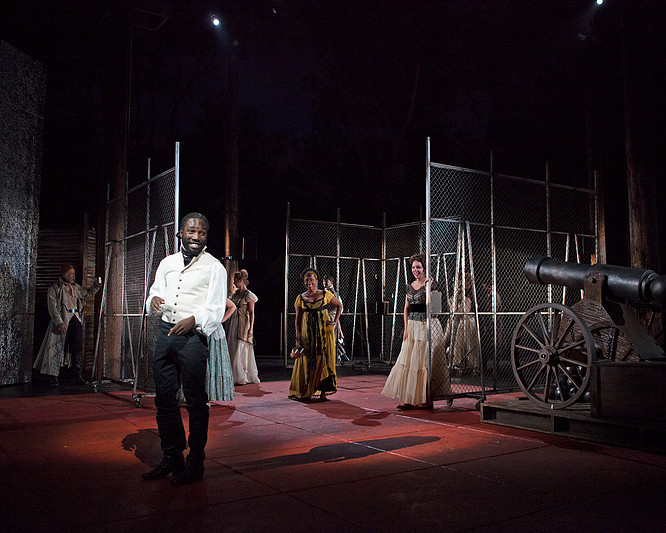 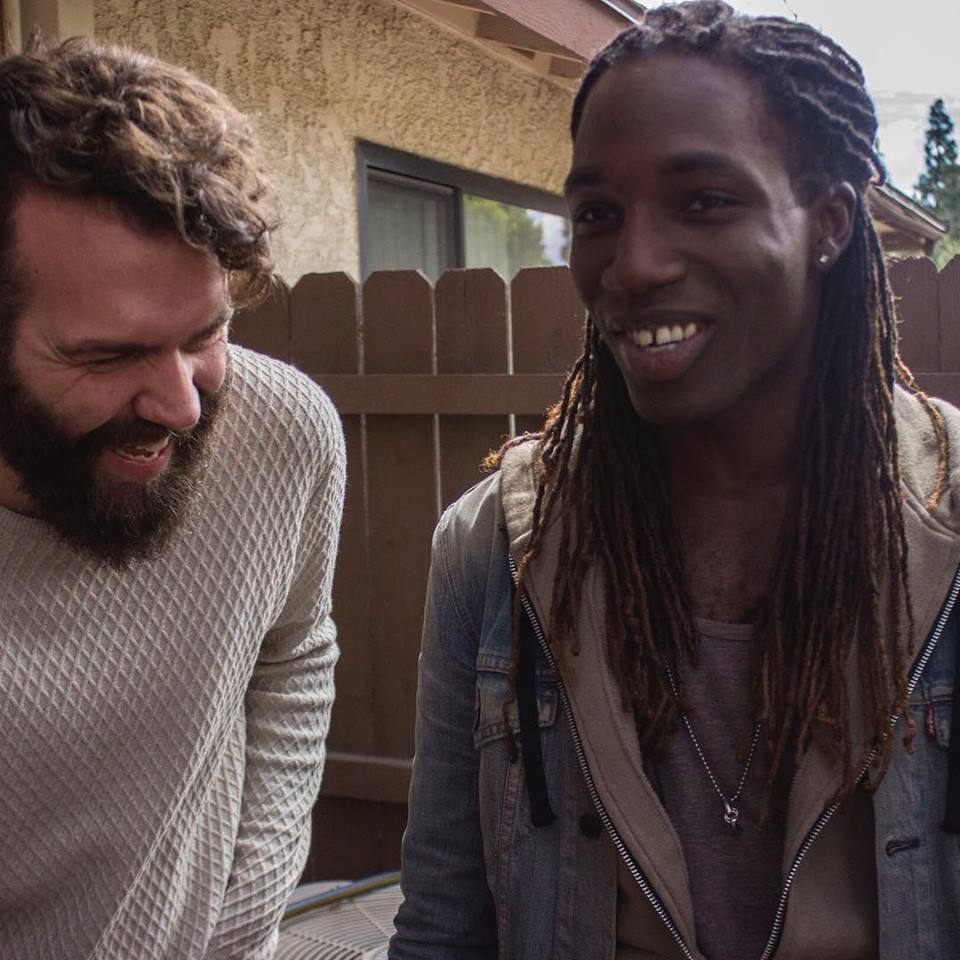 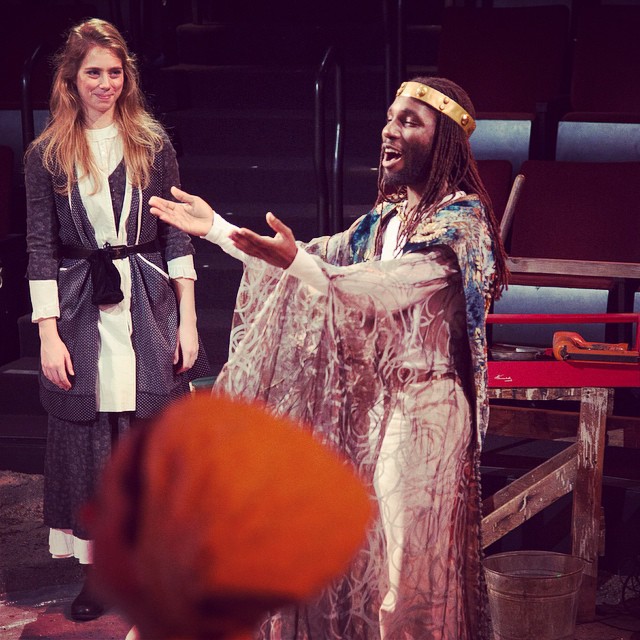 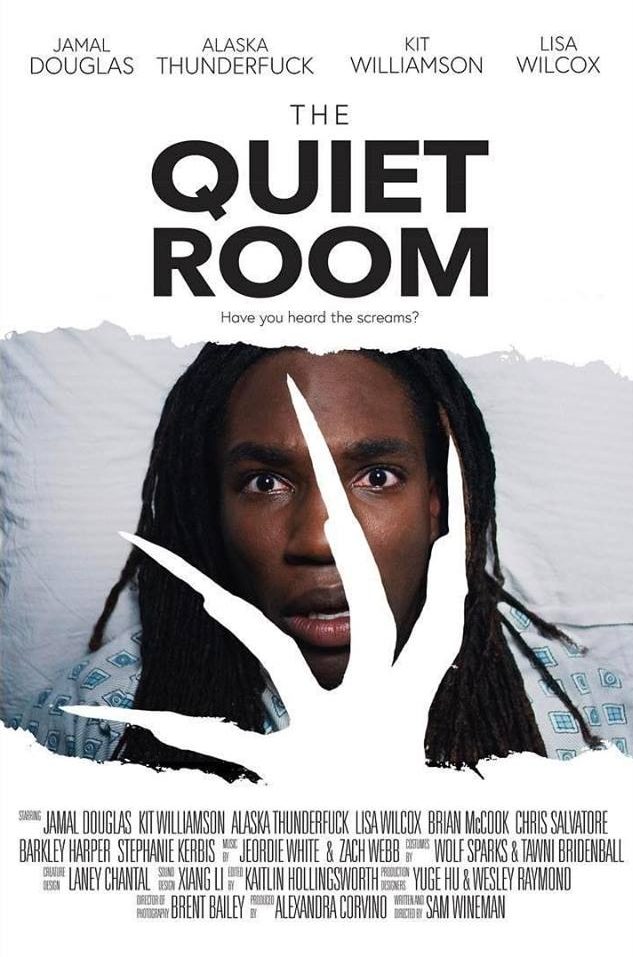 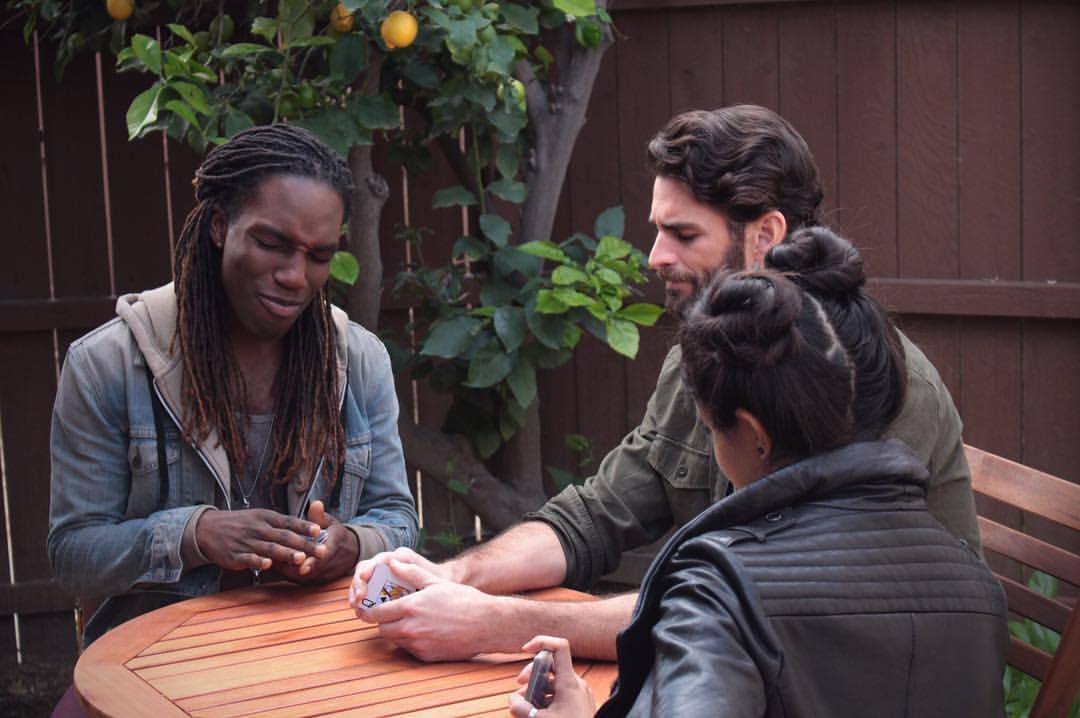 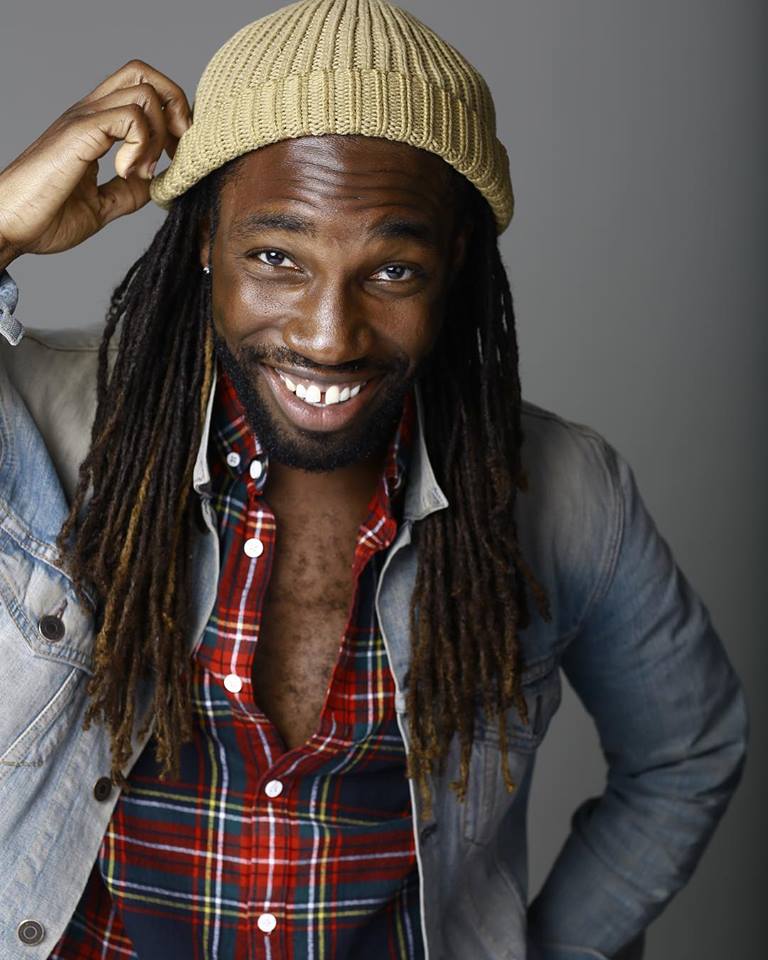 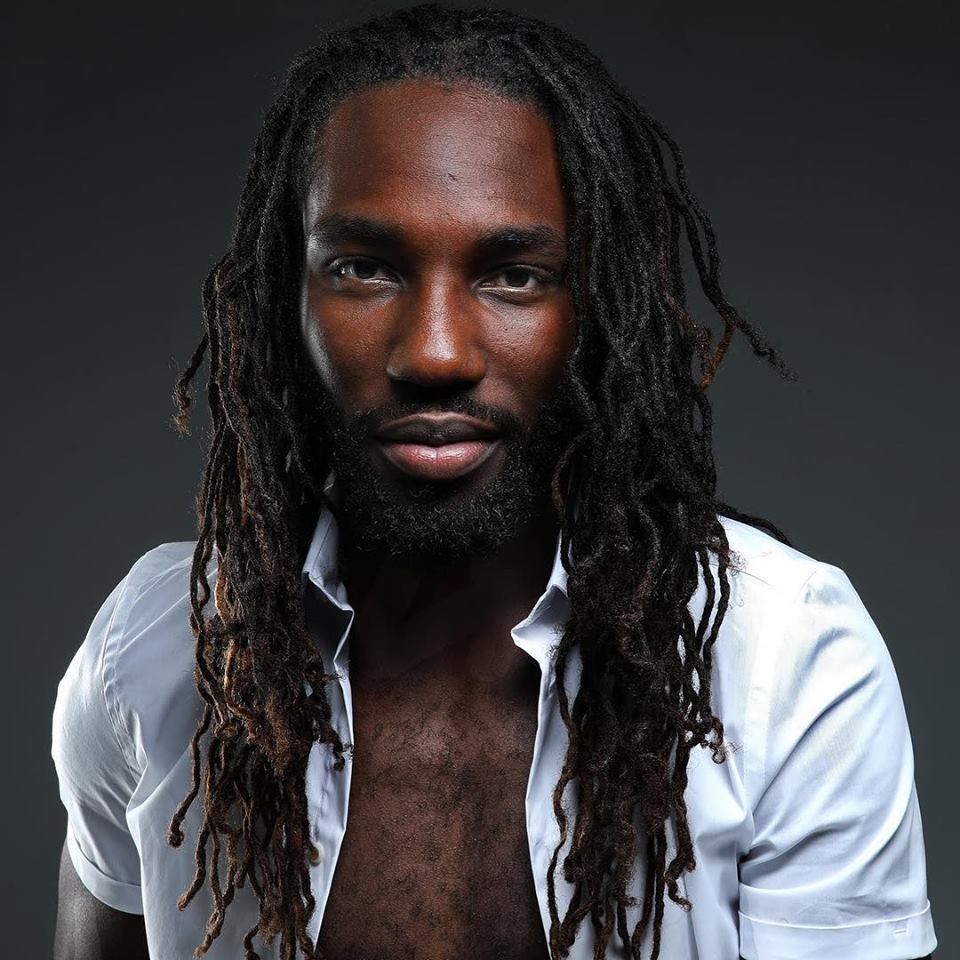 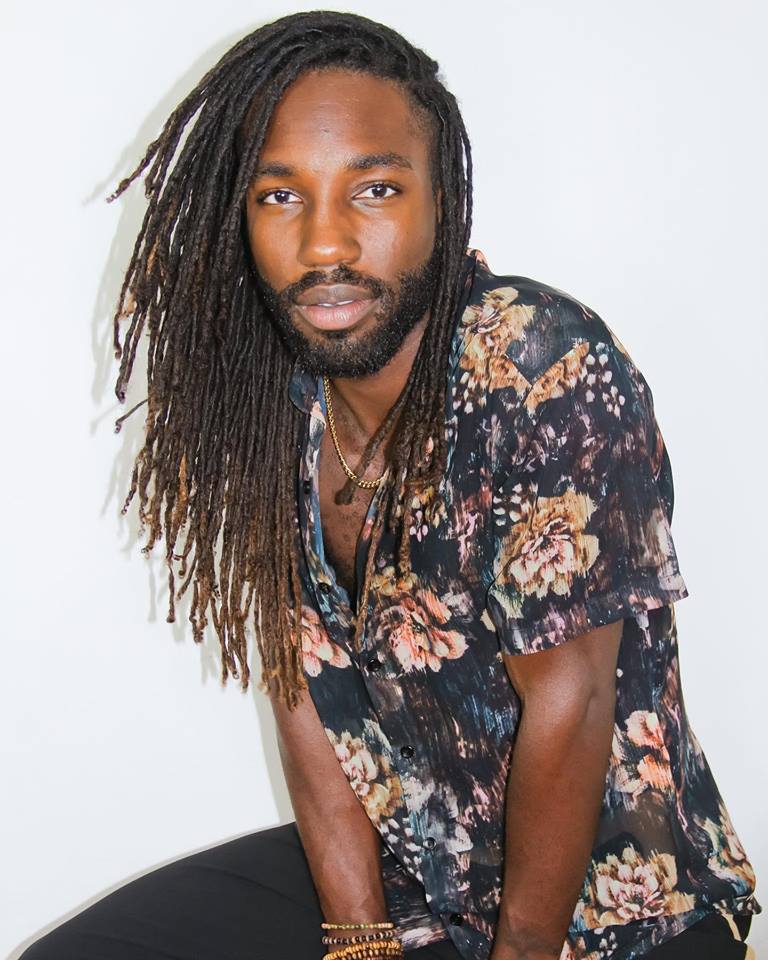 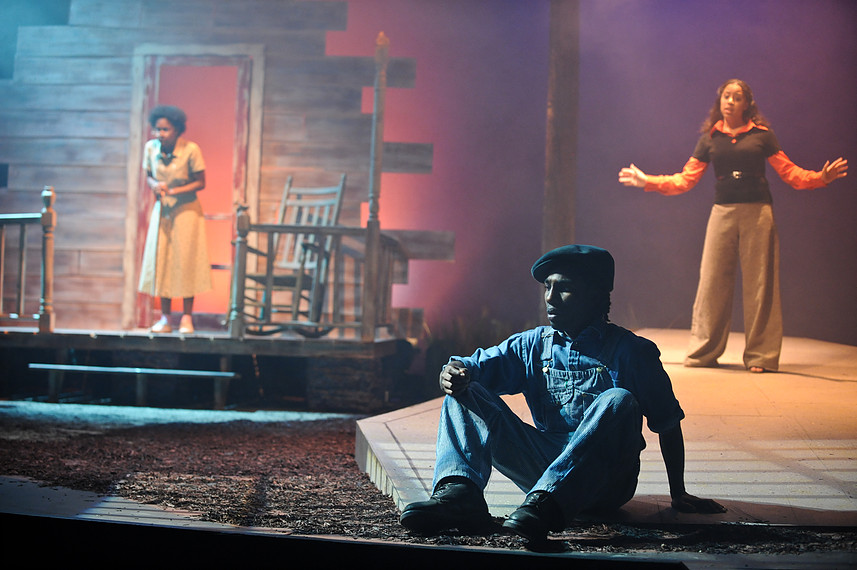