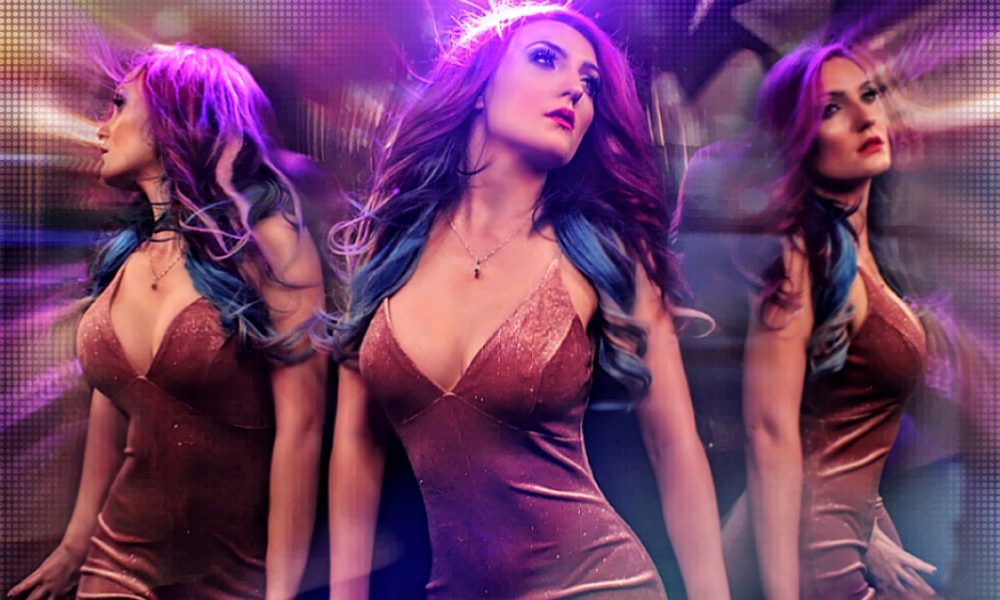 Today we’d like to introduce you to Jaki Nelson.

Jaki, please share your story with us. How did you get to where you are today?
I’m a two time Top 10 Billboard charting recording artist, but I grew up as a full-time athlete. I was a show rider; I rode horses for 3-9 hours a day and was competing all over the place every weekend. When I was 14, I nearly died. I was training a friend’s horse that had been acting up, and well…he continued to act up. He put me in emergency surgery with a ruptured spleen. After that, I couldn’t consume food for a week, and couldn’t do any physical activity for four months. Like I wasn’t even allowed to walk upstairs. Meanwhile, my mom was running a music school that I naturally was forced to spend all my spare time at. I had taken piano lessons before, but I think the pain and trauma of losing my dreams changed things, because all of a sudden, I was really into it!

Fast forward to senior year, I started dating an aspiring music producer, and all of a sudden, I was OBSESSED. I bought everything he taught me about as soon as I could, and I started spending all of my spare time writing and producing music. Since then, I have charted in Billboard magazine four times, have hit the top ten twice, and I’ve been featured on the front page of their website. I’ve opened for superstars Kehlani, Hayley Kiyoko, and Kiesza, and I’ve played all over the country. I’m so grateful.

Has it been a smooth road?
Well, as mentioned, there was the horse that almost killed me. Later, when I had spent a few years not being a professional athlete, I was starting to get into dance and other physically demanding activities. I didn’t know I had a problem? I just thought it was completely normal to do cardio for 30 seconds or so and just collapse on the ground from exhaustion. It’s amazing how humans can convince themselves of things.

When I eventually got to go on tour for the first time, I had to train SO hard to just be able to do a couple of songs in a row. I couldn’t fathom how someone could lead a two hour show! At the same time, I started noticing how sensitive I am to certain things. I could get bronchitis for three weeks from breathing secondhand smoke for 10 minutes. And I did. 8 times that year. After I got back, I decided to go to an allergist to see if maybe there was such a thing as a cigarette allergy. He immediately gave me a breathe test which I MISERABLY failed a few times.

Apparently, I am in the bottom three percentile of lung functionality amongst adults in the US! He put me on multiple asthma medications, and it Changed. My. Life. All of a sudden, I could just…run a mile. And I do all the time now. Thank you modern medicine!!!

Can you give our readers some background on your music?
I’m a recording artist specializing in pop and dance music. I’ve been streamed 5+ million times. As a musician, what sets me apart that I’m most proud of is the fact that I’m a classically trained pianist, highly trained vocalist, songwriter, audio engineer, and music producer. I don’t always do all of those things on a song, but especially with my music that will be coming out soon, I’m fulfilling most of those jobs on each song.

Let’s touch on your thoughts about our city – what do you like the most and least?
I love the people in LA! You throw a rock, you’re going to hit a musician. You’re going to hit someone that you (or at least I) can have an awesome conversation with. I’m born and raised here, so I know it like the back of my hand.

As far as what I like about it the least…I wouldn’t mind if LA was a little smaller. You can’t even see the end of the city from anywhere in the city. I live in Los Angeles, and I’m somewhere around an hour away from Los Angeles street at any given time. That’s insane! 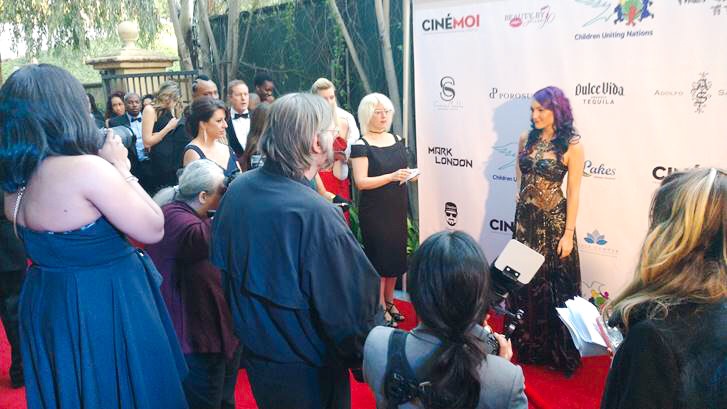 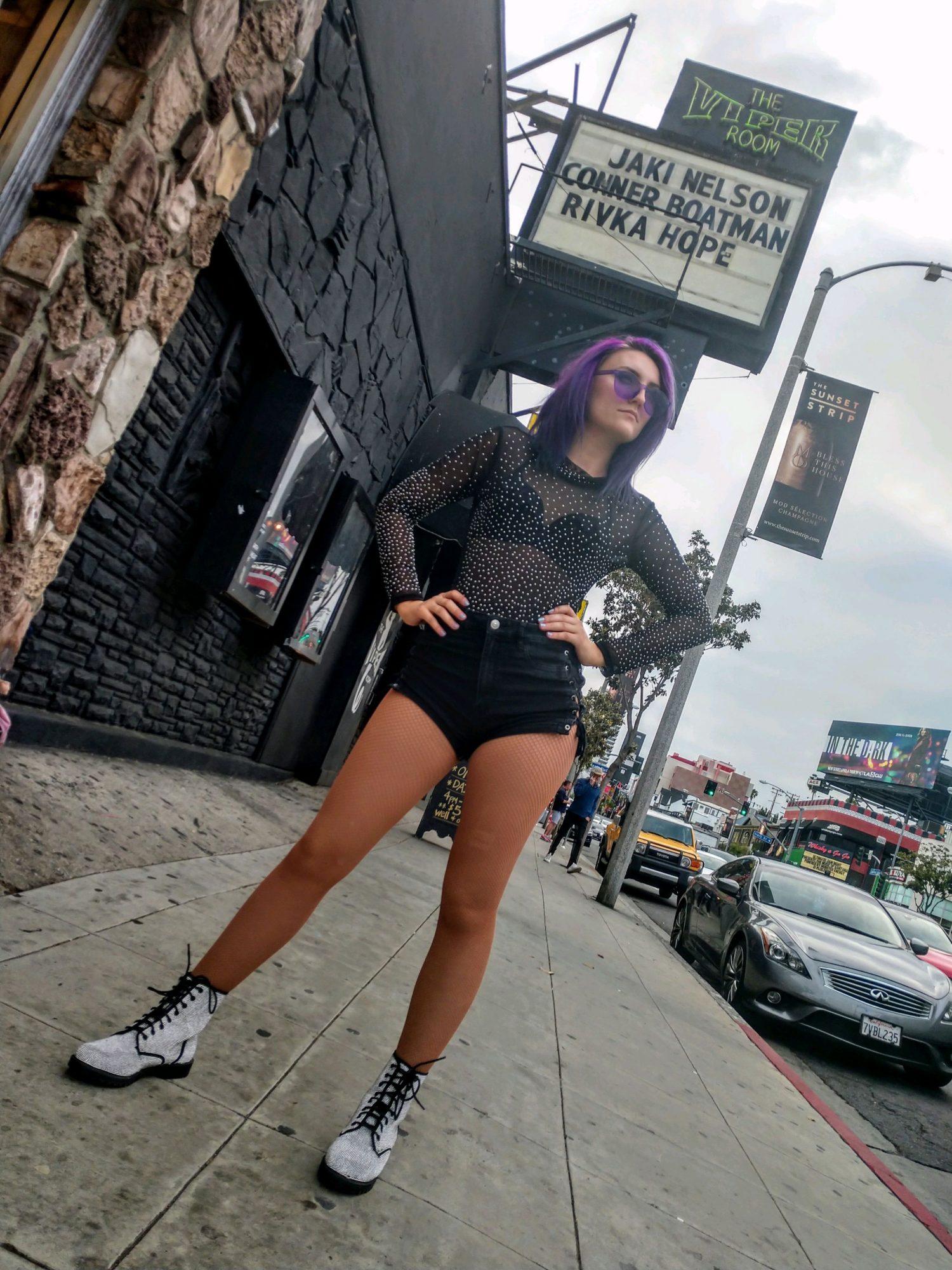 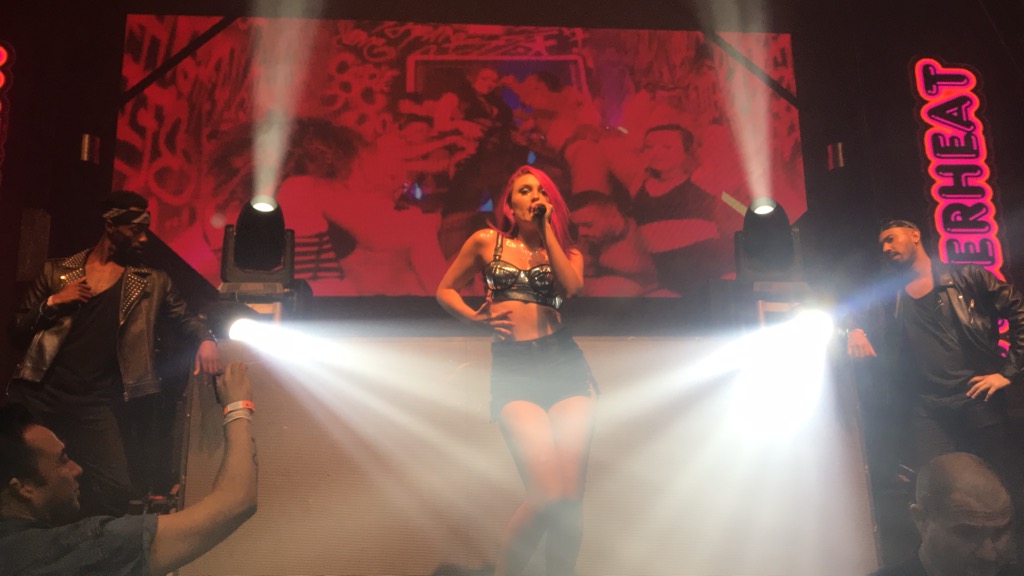 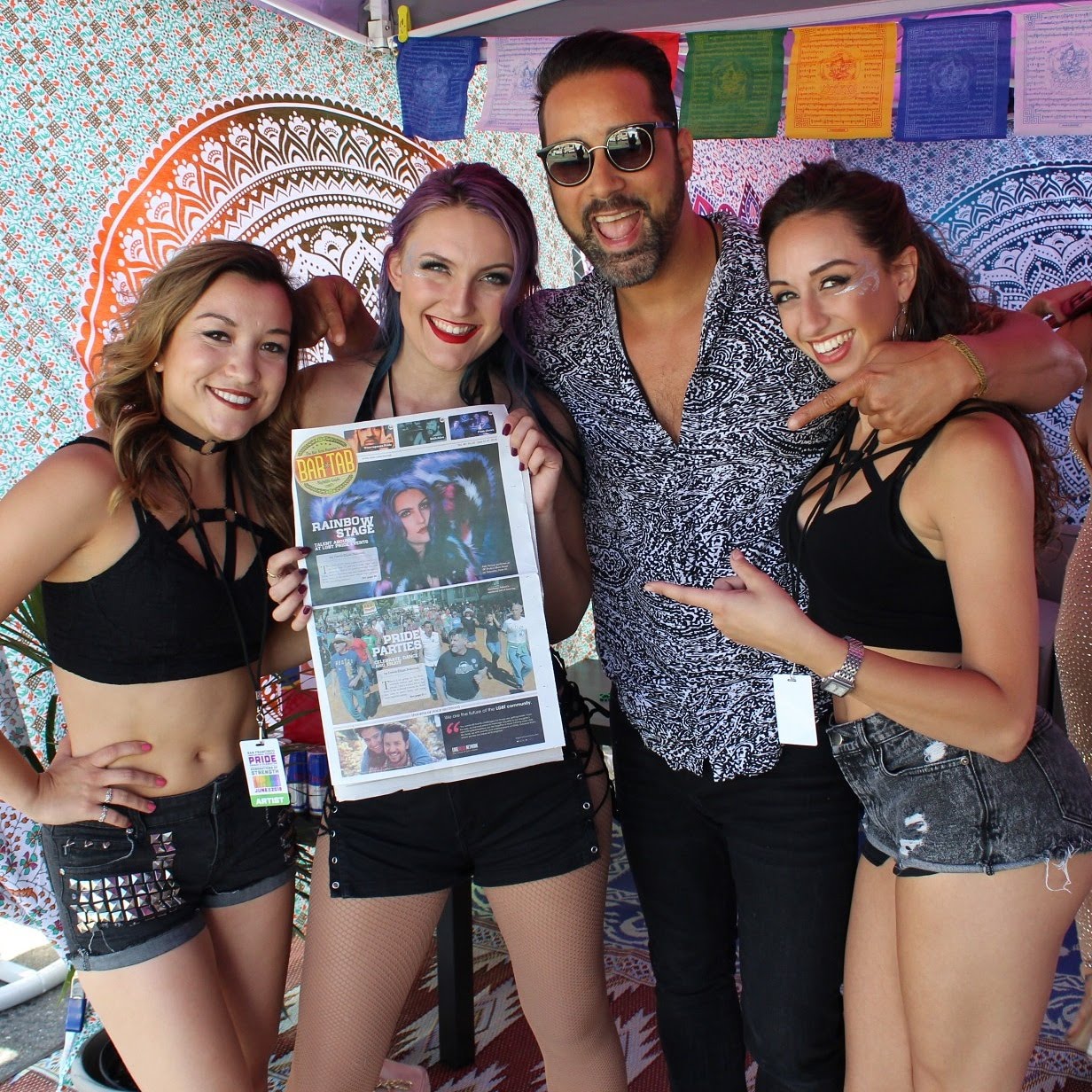 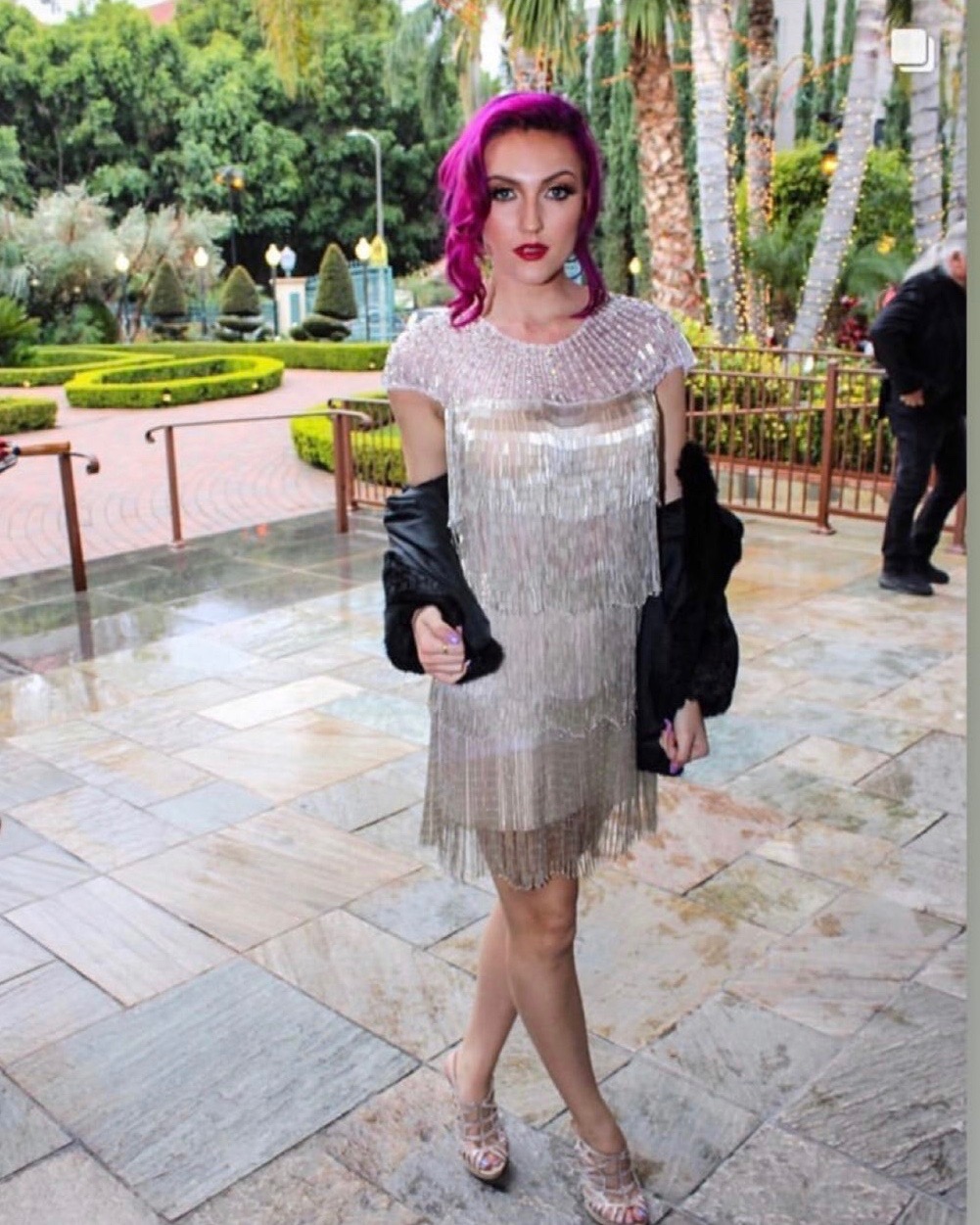 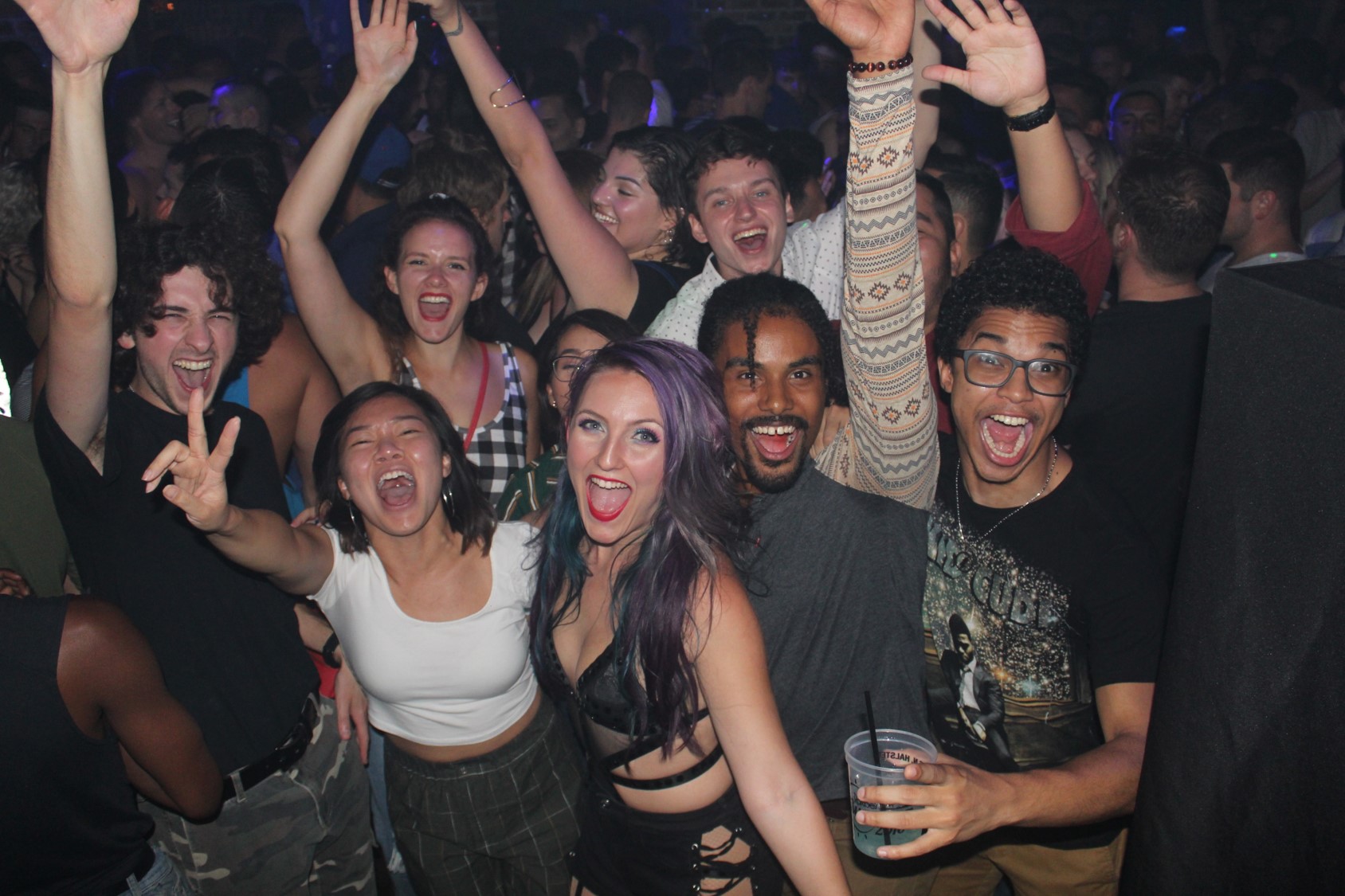 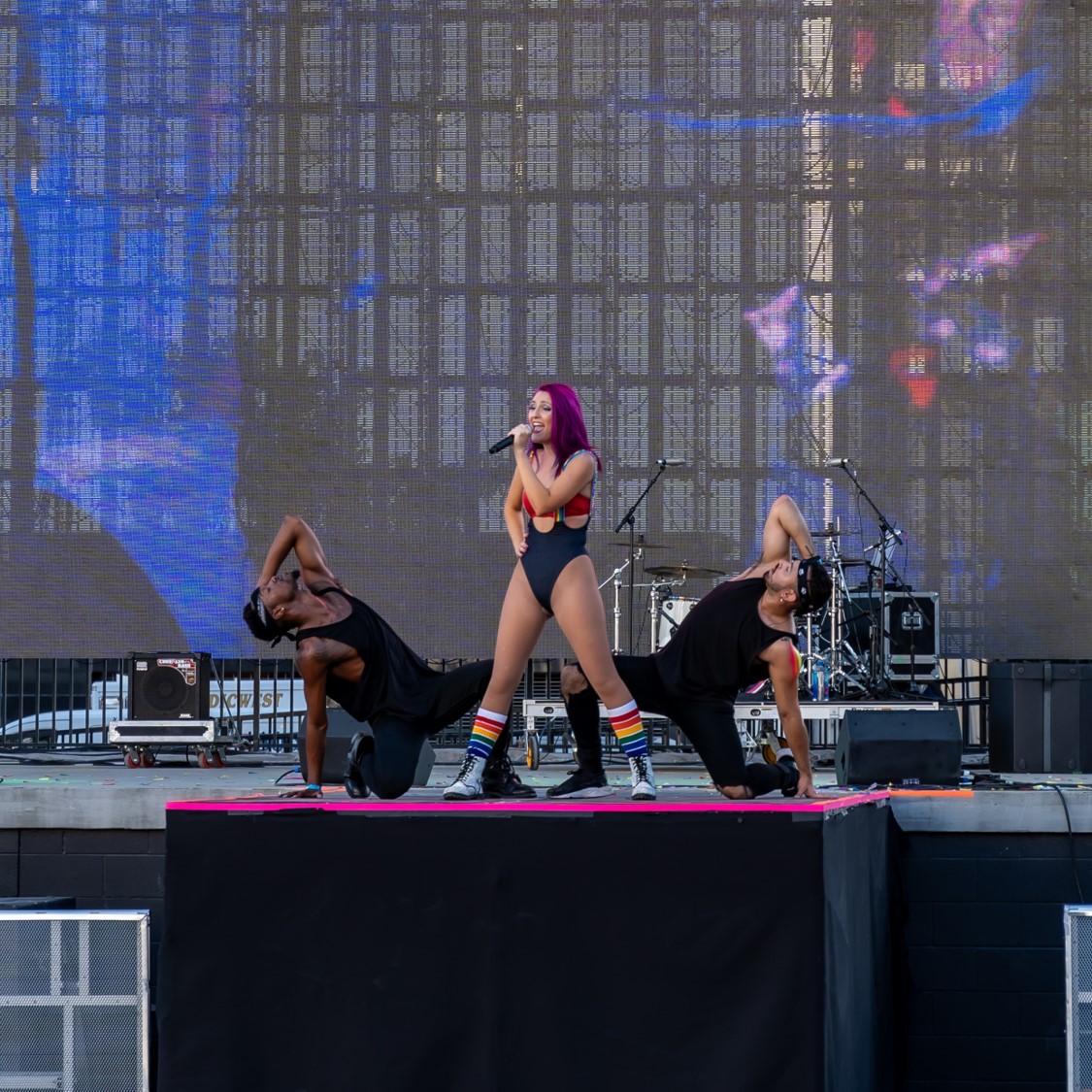 Image Credit:
Most of the images were taken by Leo Madrid, except the image of me in the white dress, which was taken by Andrew Homsi, and the photo of me on stage with my dancers on their knees, that was taken by Luke Dice.