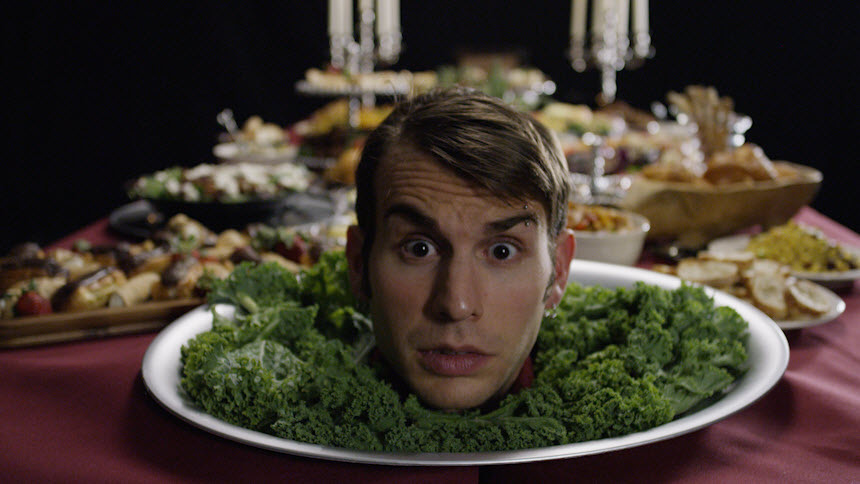 Today we’d like to introduce you to Jake Roper.

Jake, before we jump into specific questions about the business, why don’t you give us some details about you and your story.
I got started in filmmaking by remaking movies with my brother on our VHS camcorder. We would recreate films like Jurassic Park, Little Shop of Horrors, Attack of the Killer Tomatoes and probably more that I can’t remember. I was never good at traditional art. You know: painting, drawing, sculpture, etc. but I was OK with a camera. Making movies was my way of expressing myself. It allowed me to not just exist in my head. To get out how I felt or thought in a way that I couldn’t find the words to explain. With all that said, I decided I wanted to be a filmmaker. So, I guess the question is… How did wanting to be a director lead me to making science videos on the internet? Let’s go back in time to 2006.

I just finished my freshman year in film school (SVA). I emailed some small record labels I liked letting them know I’d direct videos for their artists. Out of all the ones I messaged, one responded. They had a musician coming into town who had an hour of free time. I could shoot with them but they couldn’t pay me or give me money for equipment. So, we shot the entire thing in an hour in my Dad’s basement. I guess it turned out well because they kept using me and then other labels started using me.

From there I worked at Pitchfork for a year and a half shooting and editing their original content. Then I went to Plum TV (it was a TV network for rich people vacationing in the Hamptons/Nantucket/Vail/Martha’s Vineyard/Miami Beach/You get the picture). I was a director and editor there full-time while in my 3rd year of college. After that I moved to the advertising world and directed commercials for brands. Then we get to what lead to me where I am today. About two years after graduating college I got a job at Google producing and creating content for a science YouTube channel they owned. While working there I met Michael Stevens and Kevin Lieber who ran Vsauce1 and Vsauce2.

I fell in love with their content and we all became friends. They made learning fun and approachable. I wanted to be a part of it so badly because it opened my eyes to the idea that I could use everything I had learned in traditional storytelling and apply it to science communication. I had the opportunity, on YouTube, to make whatever I wanted. There were no client notes. Nobody told me how to make something or how it should look, should feel, should be. It was mine. I loved that.

A few begging sessions later, Michael and Kevin let me do Vsauce3. This was in 2012 in NYC. Vsauce3 was focused on things I already loved: movies, video games, comics. I made a video every four to five days. It was exhausting. I stopped seeing my friends. I never left the office. I loved it. I was excited about something again.

Fast forward, we now are located in LA. We moved the business here in 2016 and never looked back. Well… that’s not entirely true. In 2017 I did take a quick pit stop back to NYC to be the Director of Production at my friend Casey Neistat’s (we actually met at Plum TV) start-up Beme that had just been acquired by CNN. Did that for a year and came back to LA full time to focus fully on Vsauce.

Oh, the first season of my series came out last year called “Could You Survive The Movies?” It is a narrative science show where we recreate some of our favorite films and explore the science presented in them. For example: in Back to the Future what would happen to Doc Brown if he was holding on to a wire while a bolt of electricity went through it? Or what if a giant guitar amp blew you across a room? We do builds and experiments to determine the reality and survivability of what we see in movies.

Overall, has it been relatively smooth? If not, what were some of the struggles along the way?
No. Anyone who says following your passion or living your dream is “easy” was either really lucky or had a lot of safety nets. It is not a smooth road nor is it a straight one. You will continually doubt yourself and wonder why you’re doing this. Am I terrible? Am I a fake? A phony? I should give up.

I thought all of those things. Heck, before getting the Google job I was applying to NYU for their Computer Science program and applying to culinary school to be a chef. Why? Because I thought I wasn’t good enough. To be fair, I still think that BUT I thought… really believed… that I was not good. That I had failed and had wasted so much of my life. Then I got to create amazing things with people who believed in what I was doing.

When people ask me advice, the best I can give is this: Put in 100% always. Even if what you’re working on isn’t important to you, it’ll be important to someone else. I mean this for mundane things and for projects you’ve been hired to do. Every job I have ever had was tangentially related to where I am now. And I believed that if I worked my butt off at all these jobs, it would eventually be noticed and rewarded in an opportunity.

Every job I’ve had has led me to my next one. I would work with people, one of them would recommend me for another job, rinse and repeat. It took me a long time to realize this but nobody owes you anything. You don’t deserve anything. You have to work for it. You have to put in time. When I was 23, I directed a campaign for a huge clothing company and thought that I was going to blow up after that. That all I had to do was sit around and wait for the phone to ring. But it didn’t. Because while I was sitting there resting, everyone else was still working.

Please tell us about your business.
Vsauce is a network of science channels on YouTube and a science subscription box. We have four channels: Vsauce1, Vsauce2, Vsauce3, and D!NG. Each channel focuses on the world around us through physics, biology, chemistry, philosophy, history, puzzles… anything we find interesting. I guess I’ll list numbers because people seem to like those. We have over 25 million subscribers and three billion views. My channel, Vsauce3, has almost four million subscribers and over 450 million views. I think Vsauce is the largest digital science network.

We specialize in making videos that pull on people’s curiosity cord. That is what we hope to do. I like to use the term “accidental learning”. Maybe you click on one of my videos to watch if you could survive the Home Alone traps and by the end you learned about the transfer of energy, incandescence, force and momentum! We also have two original premium series on YouTube: MindField on Vsauce1 and Could You Survive The Movies? on Vsauce3.

Besides our video content we also have a quarterly subscription box called The Curiosity Box. It is filled with science toys, puzzles, curiosities, books, games, and a t-shirt. It started as a way to take something passive – watching online videos – and make it tangible… make it interactive.

We’ve been doing the box for four years now and we love it. It is a great way to learn regardless of your age. We also donate a portion of the proceeds from the box to Alzheimer’s research. So far, we have donated over $100,000 and that number keeps going up.

What I am most proud of at Vsauce is that it has allowed us to see that so many people want to learn. That it is fun to learn. I am proud of the fact that viewers are always wanting more because there is so much more to explore!

If you had to go back in time and start over, would you have done anything differently?
Nothing. Everything I have done, the good and the bad, has brought me to where I am currently. To who I am currently. 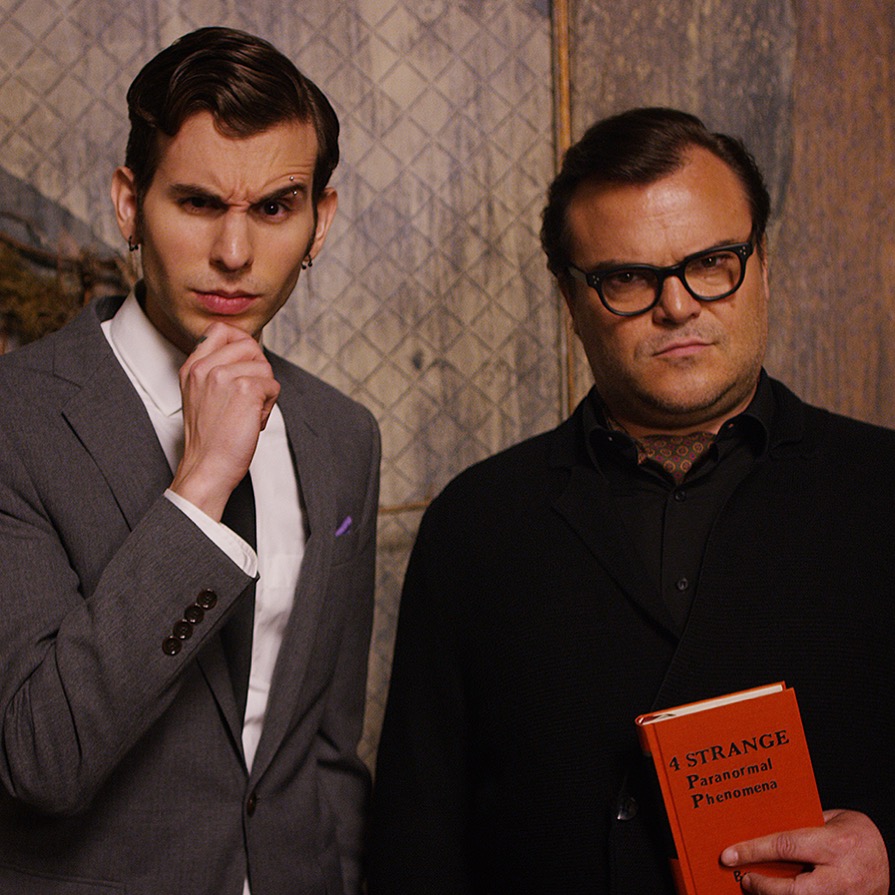 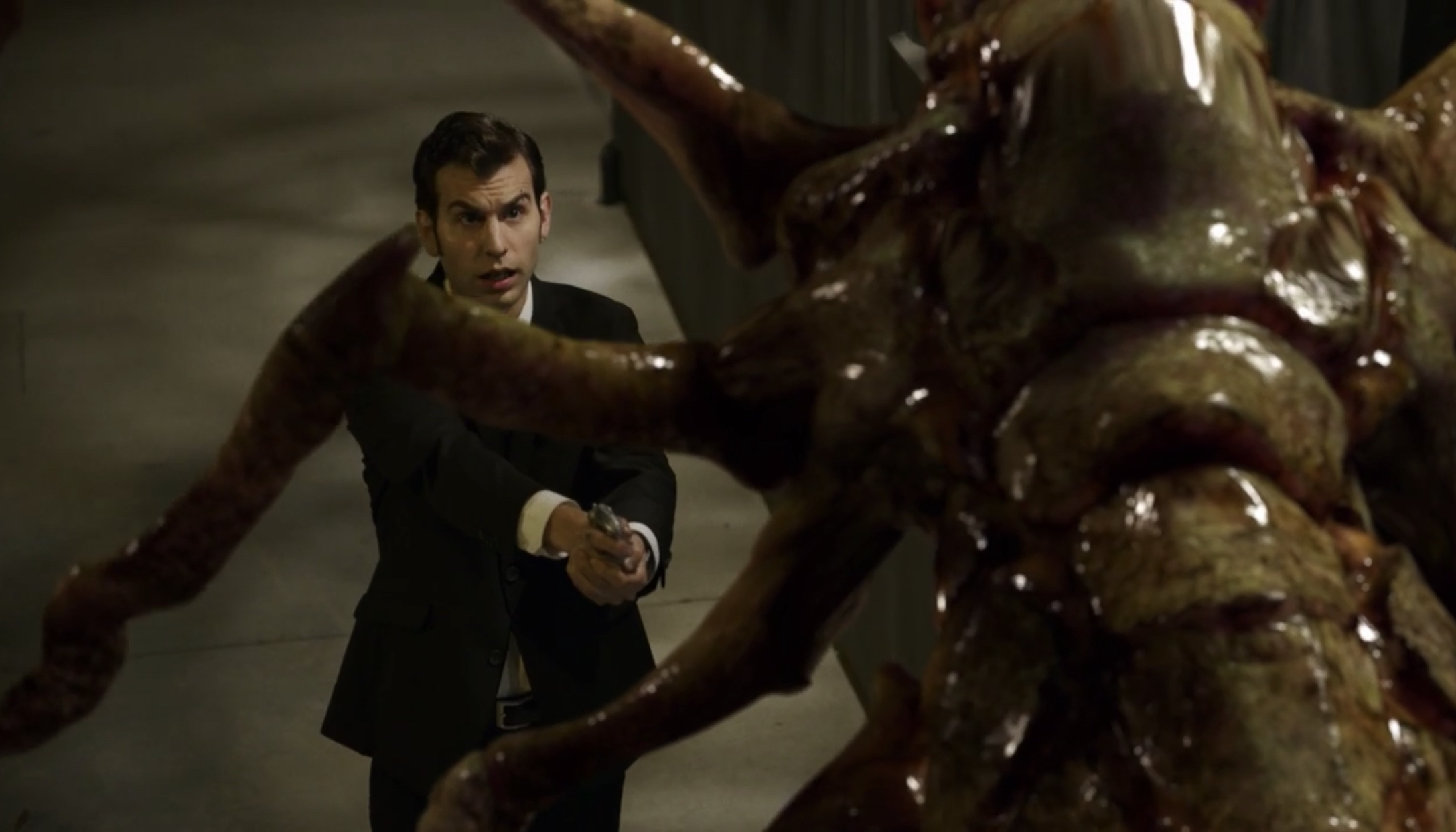 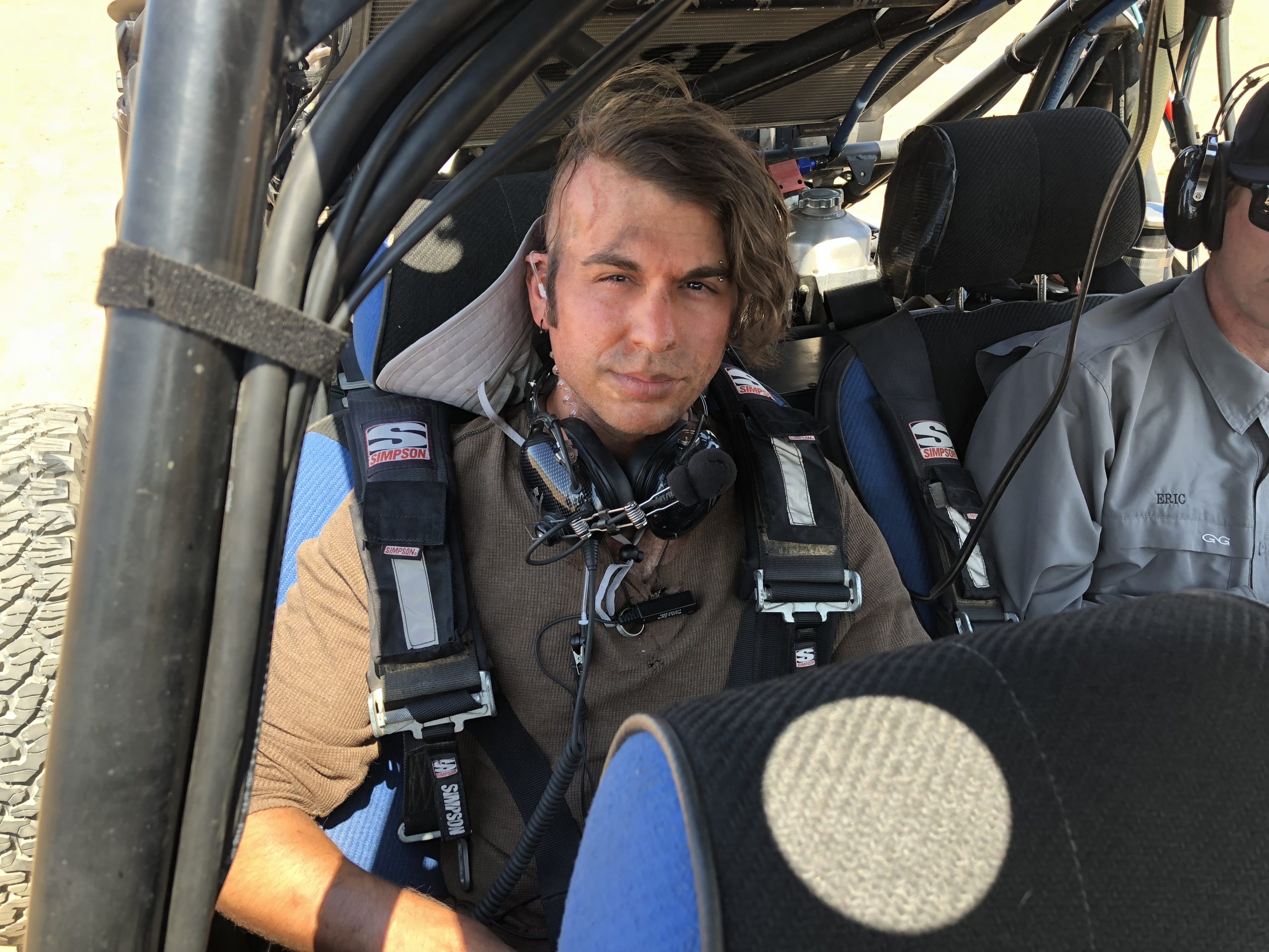 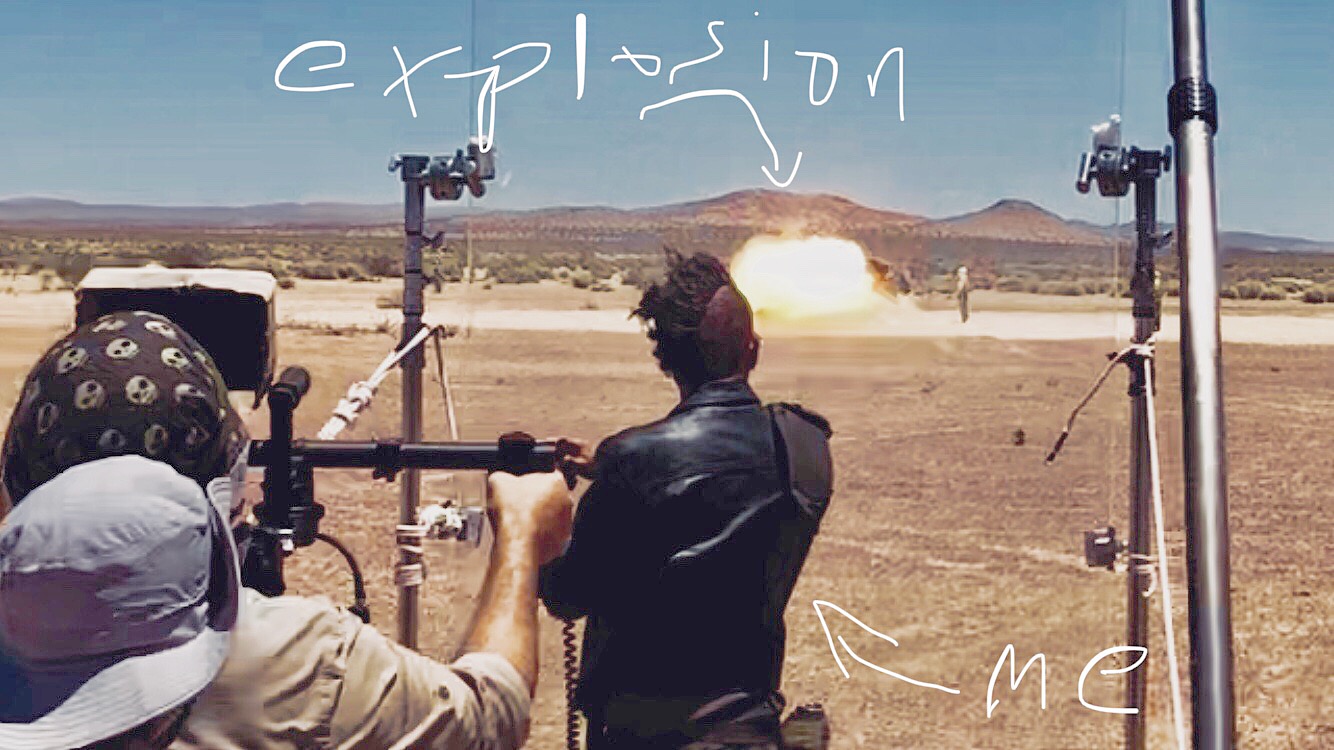