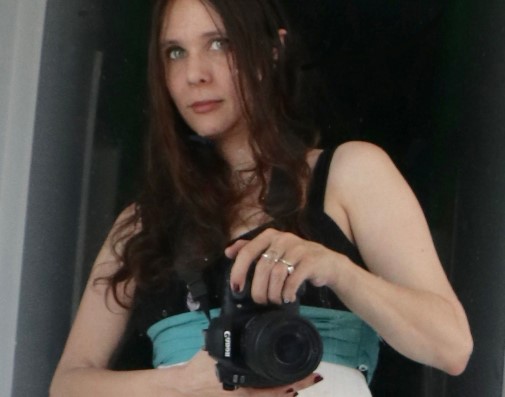 Today we’d like to introduce you to Jacqui Blue.

Thanks for sharing your story with us Jacqui. So, let’s start at the beginning, and we can move on from there.
In 2011, my (ex) husband almost killed me on Mother’s Day eve. I decided since my life could have ended in a flash and I didn’t accomplish much yet, it was time to go after my dreams before it’s too late. So, I put myself through a film program while going through a divorce and working at the Florida Media Market.

I graduated in 2013 and moved to Los Angeles. In 2014, I completed and released my first documentary, an internationally acclaimed film called “Beautiful Births” and launched my production company, Starseed Pictures. Later that year, I was accepted into a master class instructed by James Franco called “Sex Scenes” where I produced and directed the short film, “Burden of Proof.”

Some people I met through the master class invited me to work on their feature film, “The Last Train,” which inspired the idea to do a documentary about suicide awareness. That documentary is now in post-production with Grammy-nominated producer, Bruce Witkin working on an original score to emphasize the emotional element – as music does. I’m also now in preproduction with a few more documentaries and my first narrative film.

In 2016, I found myself getting depressed. Hollywood is a very hard industry to work in, but I wasn’t prepared to give up on my dreams. I found it getting hard to survive and support my family on freelance work alone, so I decided to go back to school. In 2017, I attended the Hypnosis Motivation Institute where I studied the subconscious mind and human behaviors.

I decided to specialize in hypnosis for childbirth and past life regression therapy. I do work in all areas of hypnotherapy, but those two are my main focus that I enjoy working with clients the most on. I’ve been interested in past lives since I was 13 and read “Many Lives, Many Masters” by Brian L. Weiss.

I launched Heal Thyself Hypnotherapy and graduated with Honors as well as received an academic achievement award in 2018. Currently, I’m working on both of my businesses as I’m equally passionate about both career paths I’ve chosen to pursue. And in some ways, I find they can even intertwine.

Overall, has it been relatively smooth? If not, what were some of the struggles along the way?
It has been anything but a smooth road. Some days I’ve wanted to just throw in the towel. But the little voice in the back of my head reminds me that I have to keep going. Nothing worth having comes easy, and if I give up, I’ll never get where I’m going.

But being a woman in Hollywood, just trying to survive is tough. Factor in the fact that I am now a single mom after leaving my husband. I have five sons, aged 10 through 15. So while putting myself through school twice and starting up two companies I’ve also been raising them and doing my best to be the mom they need me to be. Trying to balance all of it hasn’t been easy. Hypnotherapy has helped me a lot.

Because I know how much it has helped me personally, I became even more passionate about helping others. Sometimes it’s our own insecurities holding us back, and that was definitely the case for me. Social anxiety was getting the better of me and preventing me from socializing and networking, which is something you have to do in entertainment.

Please tell us about Starseed Pictures and Heal Thyself Hypnotherapy.
Starseed Pictures is a full-service independent production company with three main divisions: Corporate, Documentary and Entertainment. We are best known for “Beautiful Births” documentary which has been viewed by thousands of people in 30 different countries, as a newbie first time, no name filmmaker who had a lot of passion and not much else at the time.

I was pleasantly surprised to see what a fantastic reaction it received, from all genders! I was probably most shocked at how many men thanked me for putting together a film that showed birth in a different way, which showed fathers involved with the birth process.

Until my film, many of those men had never seen images like that. So those comments were pretty powerful. If even men could enjoy a film about birth, I assumed I was on the right track somewhere. Starseed Pictures strives to be known for conscious and creative filmmaking – our documentaries are all about spreading information, awareness, education. You should learn something new from watching our documentaries. If you don’t, I consider it a failure.

I’m a big research nerd and will spend years studying subjects of interest or that I’m passionate about. We are creating a stock footage catalog, go on location to shoot and at the beginning of this year started offering corporate videography services in addition to being available to independent documentary filmmakers to help capture their interviews and b-roll.

Heal Thyself Hypnotherapy is much newer, and I would consider it still in its infancy. I see the clients out of the World Fusion Wellness Center, which just moved from Redondo Beach to West LA. I also see long-distance clients via video chat sessions. I specialize in hypnosis for childbirth and past life regressions.

When it comes to hypnosis for childbirth, my program consists of five prenatal sessions and one postpartum session and includes a free copy of my documentary and an e-book I put together for my clients. I’ve had four different birth experiences; a c-section with twins, followed by two VBACs in a hospital and my last birth was at a birth center, with a licensed midwife, in water by candlelight and my son was born to the song “Just Like Heaven” by The Cure. That experience inspired my documentary.

The research I did over a decade on pregnancy and childbirth coupled with my multiple birth experiences make me the ideal hypnotherapist to go to if you want to experience hypnosis for a beautiful birth experience. I am fascinated with past lives and have been since I was 13 and first read Brian L. Weiss’ book, “Many Lives, Many Masters.”

I’ve gone on to read all of his books since then and as much as I could consume about past lives. I know that some religious Christians think past lives are evil (I’ve been confronted with this statement to my face) and I’m not Christian but I like to respectfully point out that in Matthew 11:14, Jesus himself makes a direct reference to the belief of reincarnation when he says “And if you are willing to accept it, he is the Elijah who was to come.”

There is nothing evil or scary about it, but there are a lot of misconceptions about what hypnotherapy actually is, how it works and what it does. I’d be happy to dispel any myths or false ideas one may have on the subject. I’ve seen powerful transformations come about from hypnotherapy, in myself and in my clients.

If you had to go back in time and start over, would you have done anything differently?
I probably would have left my marriage sooner. I lost a best friend because I refused to leave the relationship years before I was ready to. That’s the thing about domestic violent relationships – when the abuse isn’t physical, it doesn’t always register.

Everyone else saw something brewing in him that I refused to see, but denial can be one hell of a blinder. It took almost dying to light a fire in me that made me actually want to live my life and not just go through the motions. 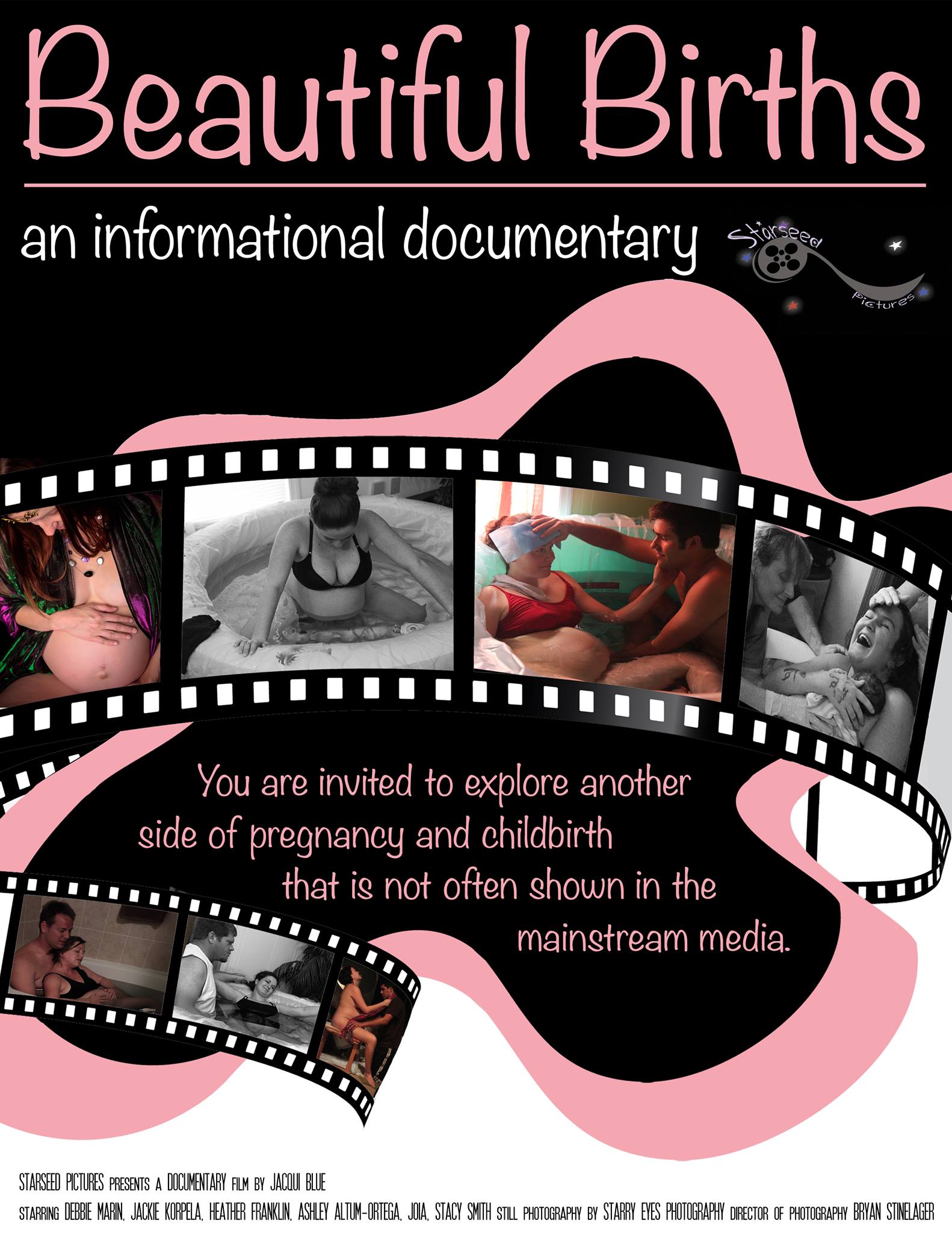 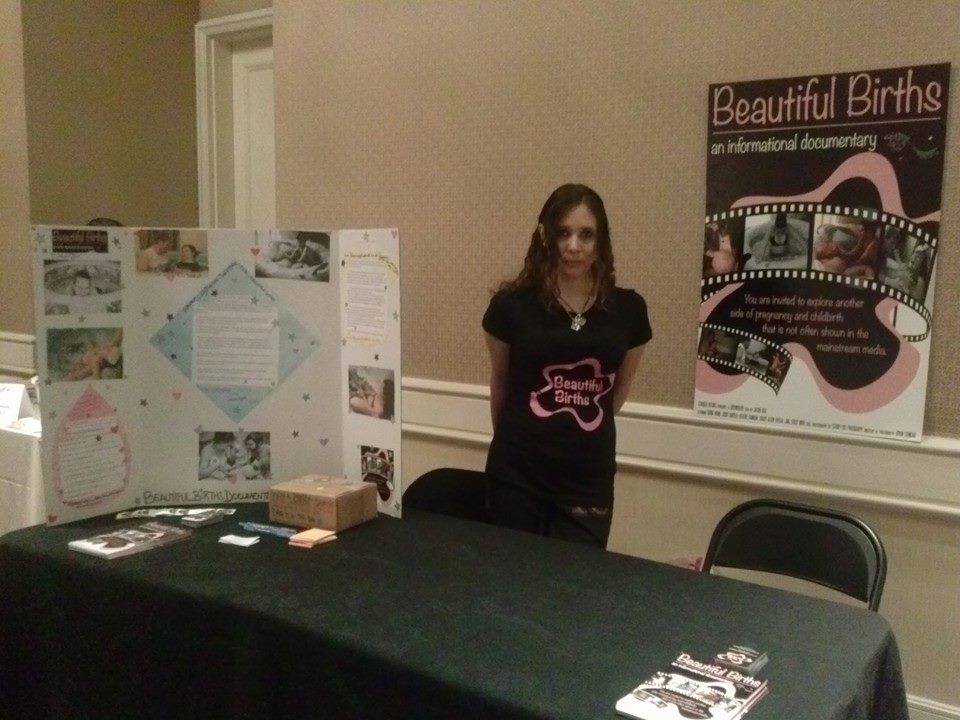 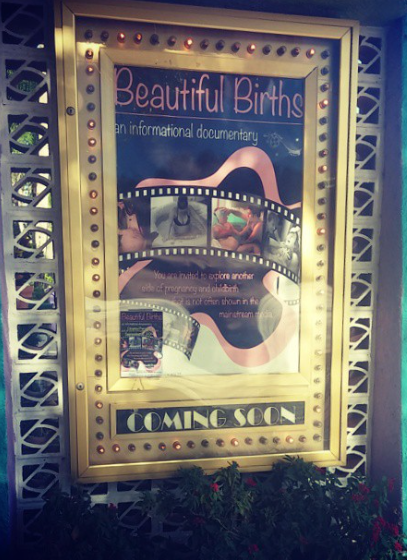 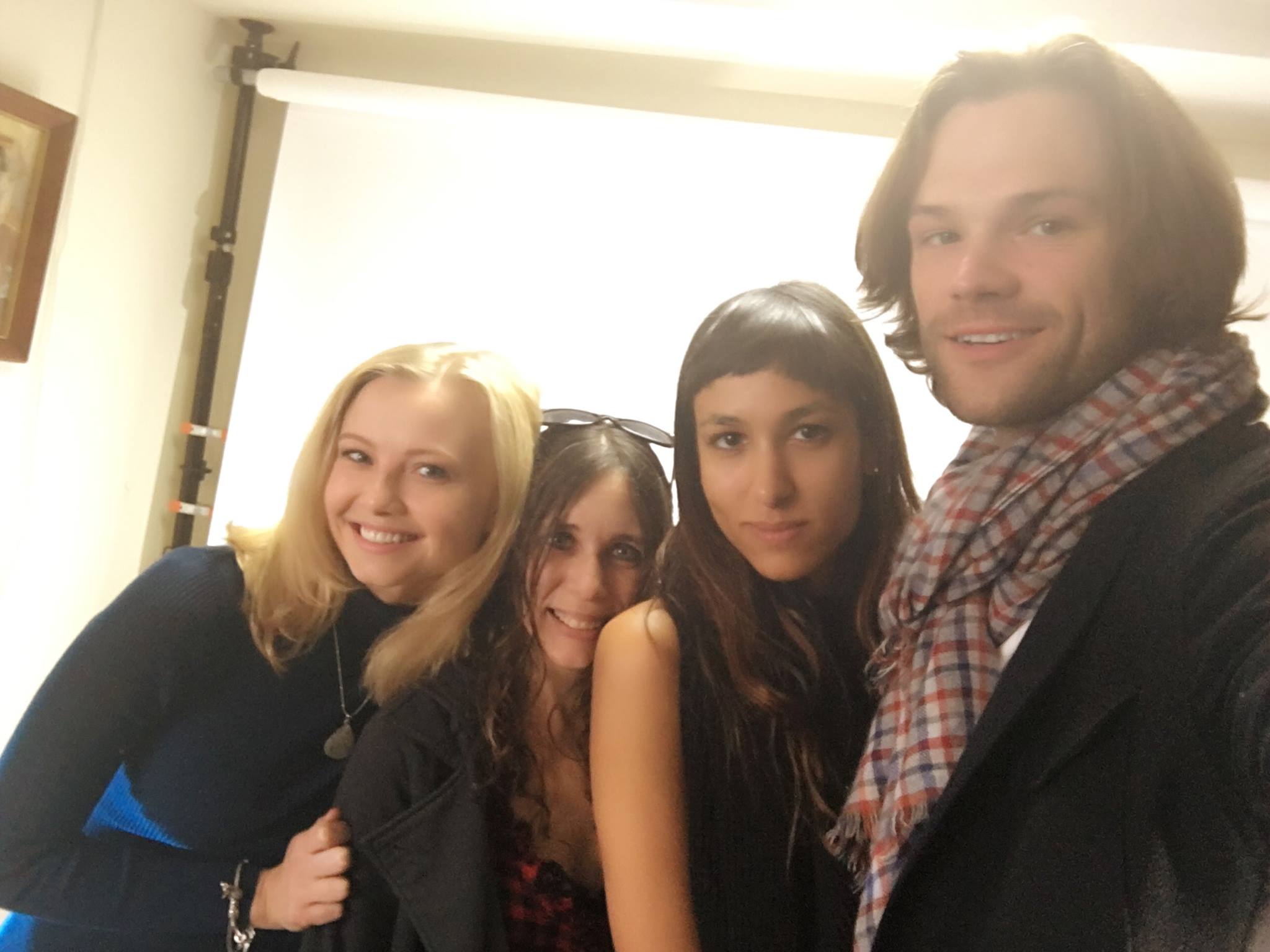 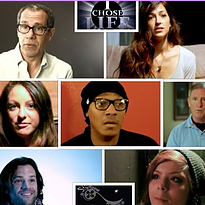 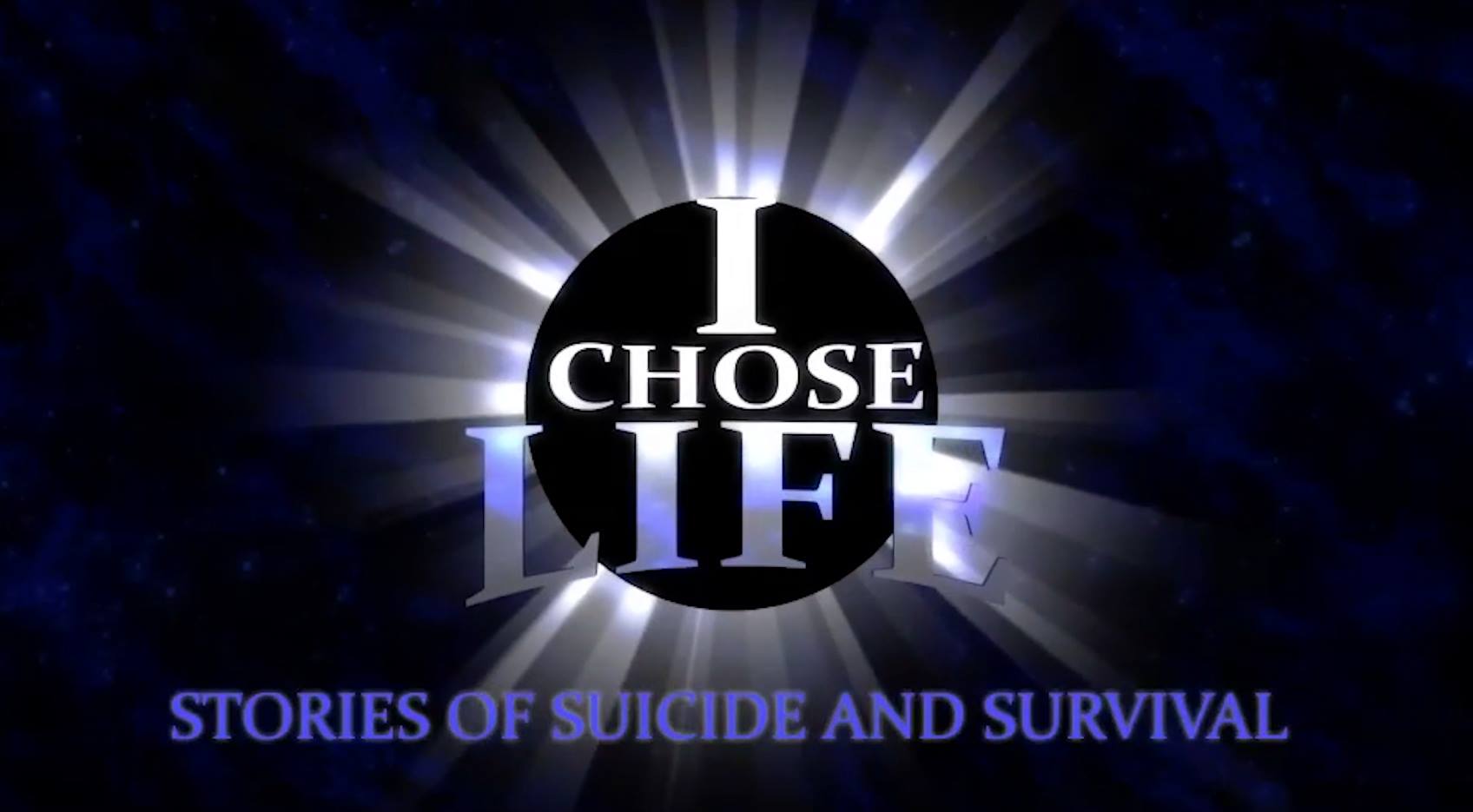 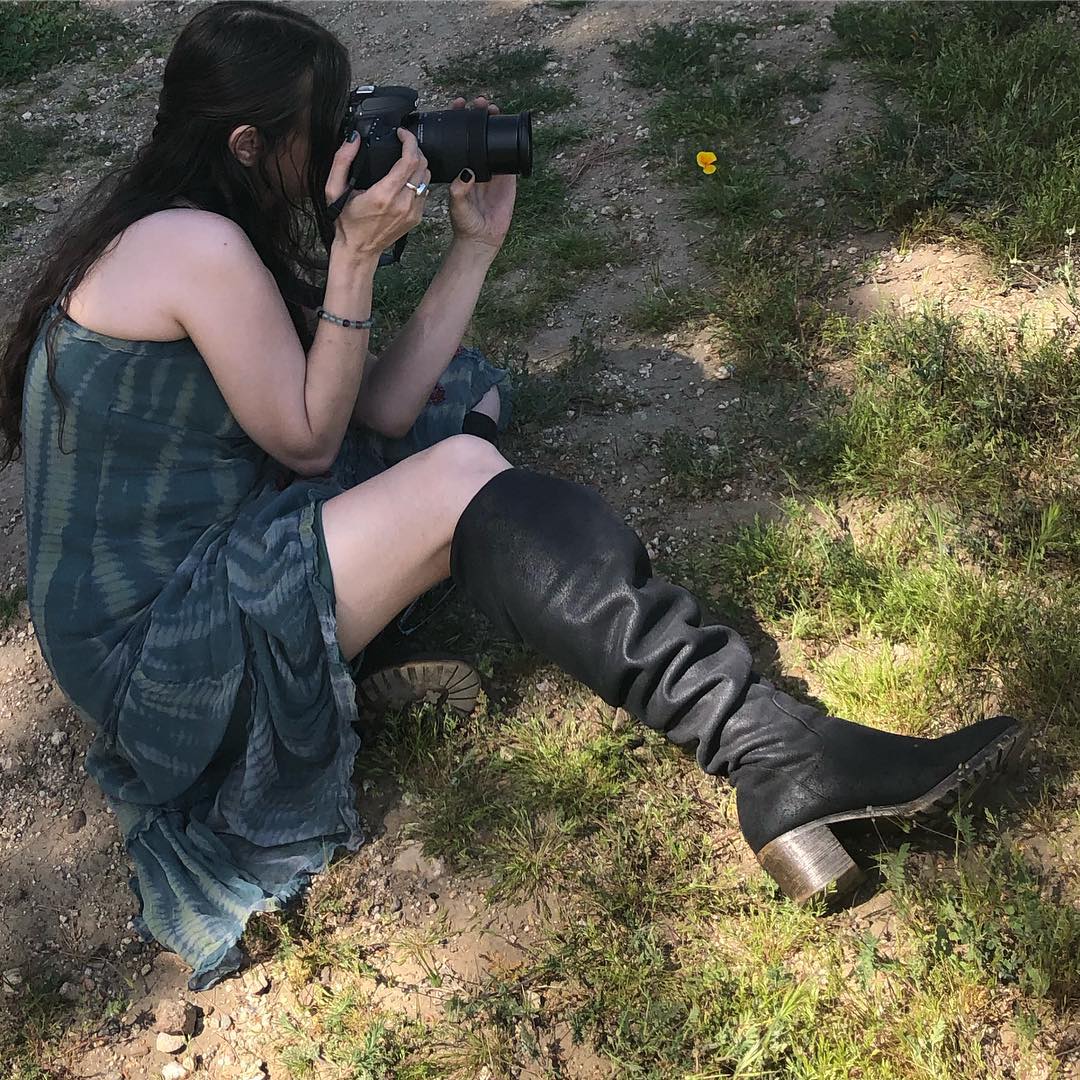