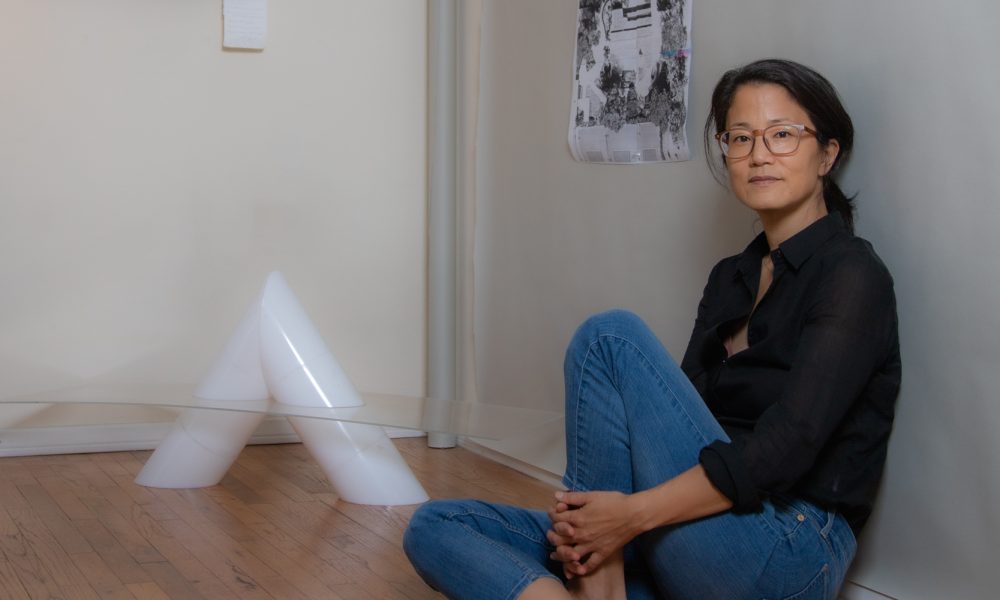 Today we’d like to introduce you to Jacqueline Kim.

Thanks for sharing your story with us Jacqueline. So, let’s start at the beginning and we can move on from there.
I’m happy to realize that I came to the work I do presently from seeds planted very early on. From grades K-6, being outside (recess!) was my favorite time – as well as music class where I was lucky to learn how to harmonize at the age of 5. Top this off with art class – where we could make an engrossed mess – and you have all the elements of my current work. Art and community, unbeknownst to me, were an early refuge. A seminal influence on my work has and will always be improvisational music; seeing the jazz pianist Keith Jarrett create music from the air, in the moment I was watching him, at the age of 18, changed me. It was like a human being was being sponsored to be human – and vital to what he would create was the collective energy in the hall. Two other strong influences have been growing through an engaged Buddhist practice – alongside large groups of people doing simple activities together – walking, talking and eating with the same pace and commitment to being with what was there – and living in Los Angeles where, even though the major mode of transport is motor vehicles, I’ve felt privileged to see and feel how people are surviving, living outside.

My work for most of my adult life was related to capacities in filmmaking – acting, writing, producing — but at the young age of 48, I finally listened to what I knew for some time, that I was meant to have more of a dynamic dialogue with the environment I lived in – so when I started to create visual art and saw I was good at it – I stepped wholeheartedly through this new portal. Making film was rewarding, and I’ve brought many of the elements of filmmaking to my current work, but knowing I can design on my own timeline and carry a strong and salient question through to its answer with minimal dilution was and is a deep draw.

Overall, has it been relatively smooth? If not, what were some of the struggles along the way?
No, nothing in the choice to be independent is smooth – haha – except the alignment with your values – and one’s precarious economic state challenges that daily.

Struggles I have encountered have mostly been around having unique thinking and solutions to things. The responses I have received require patience in me and the willingness to strengthen my communication abilities. For instance, when I found a camping lantern to be indispensable on a trip to India, I immediately thought it would be practical for people living on the streets – as they were solar-powered. I also began to think of the city in the case of an emergency — when it goes off-grid, who will be the most knowledgeable person to rely on? Someone who lives their lives without amenities.

Another struggle is listening to that inner voice – and acting on it. A wise friend asked a question once that I think I’ll ask for the rest of my life – what do you know that you don’t want to know? I am of Asian descent, born in the US, but my ancestors’ Confucian-based culture didn’t see women living active lives out in the world; this has never fit with me – but I’ve carried, almost as a survival tool, self-consciousness about devising my own work. For example, I didn’t receive support from the city when I approached them with the solar lantern project – but I persisted and got a grant another way. If plan A doesn’t work, don’t take it personally – just shift into B, C, Z…

Mobile Studio – what should we know? What do you do best? What sets you apart from the competition?
I think I manifest idea into reality – and by reality, I mean I materialize things without much reservation. My work in sculpture, music and social practice are deeply metaphorical. I am the person in the room who asks – what if we took that question and applied it to this? I like transferring – trans-literation – re-configuration. Currently, I have an action piece in the form of T-shirt that has hand-painted across it: You came from a vagina. It was something I envisioned wearing if I ever met Donald Trump. Now it lives on many people – including a new born this past year – to say for them what they want (it) to say. There’s a gallery on Insta – and I post directly what people send me.

Another work that has emerged is a non-profit sponsored project. Mobile Studio is a site-specific, process-based generator of questions, the current focus of which is creating installations of pause and sonic peace for those living in public. I’m working with a collaborator from school, Charles McCrory – and we’re taking our work into the public sector – with a pop-up installation in Reed Park here in Santa Monica in the spring – and I’ve committed to composing a score that blends melodies, sounds from the environment and involves the use of people’s cell phones…

Perhaps what sets my work apart from others is my belief in the inherent wisdom of the human body and its sense, that if people get to settle their frequencies and access this, they will naturally play a more active role in the development of their environment – because they will know, perhaps remember, how vital this is. We eat food our whole life – but then we end up being food for that earth. So – while I don’t believe my role as an artist is about curing or solving – my work does seek to embolden people to source their natural strength – like I saw happening metaphysically in the music hall when 18.

What is “success” or “successful” for you?
Having a life quiet enough to hear one’s own voice and dreams. Giving. And receiving. And hopefully surprising oneself. Growth. 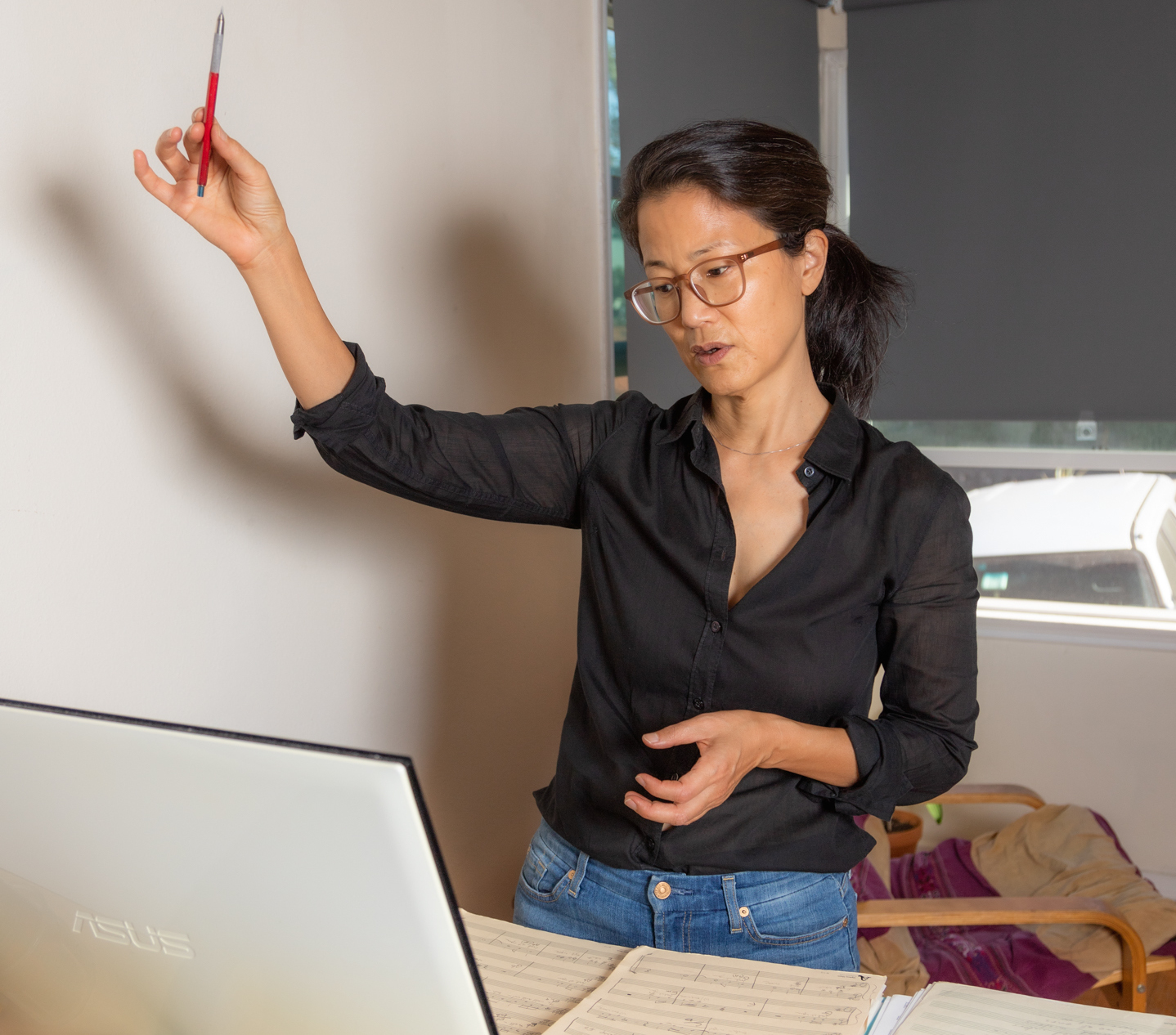 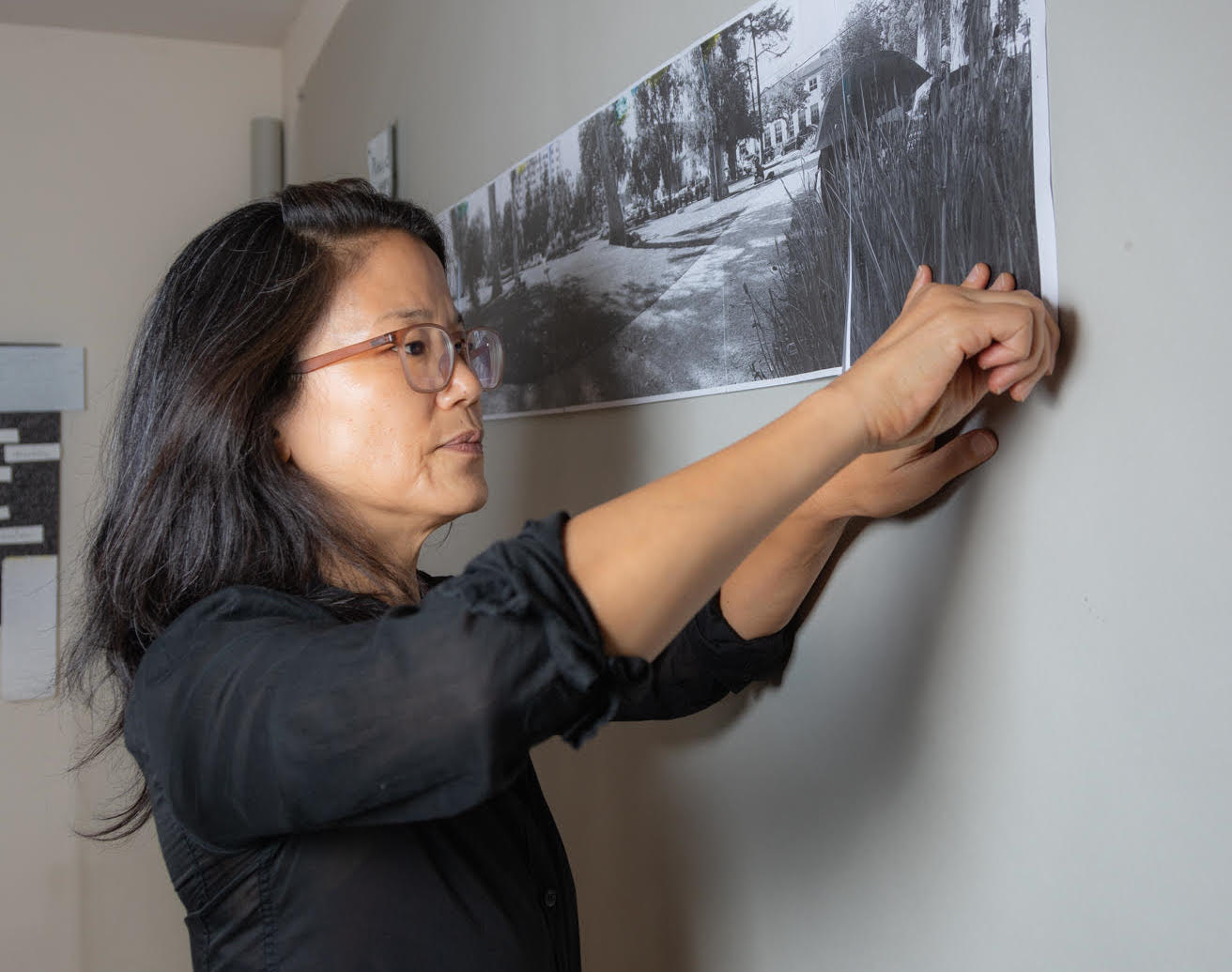