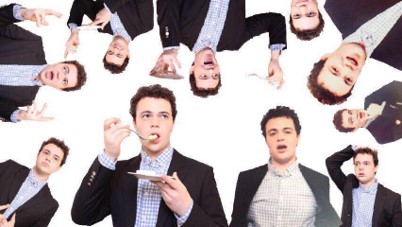 Today we’d like to introduce you to Jacob Zelonky.

Jacob, can you briefly walk us through your story – how you started and how you got to where you are today.
I started acting professionally (in my hometown, Memphis, Tennessee) when I was eight years old and there hasn’t been a day since then that I haven’t wanted to do it for the rest of my life. I booked my first Broadway national tour when I was 11, I was cast in Billy Elliot despite having never danced a day in my life, so learning how to dance for the show in a few months was probably the most challenging and stressful work I’d ever had to do, but I never doubted that I wanted to perform for my career. And now that I am, I’ve found so many other ways to be creative and artistic through the entertainment industry. A lot of people warned me to steer clear of this industry and I’m literally so glad I didn’t listen to them. I think I’ve always seen this career path as an incredibly important and mildly daunting responsibility and that’s probably the main reason I love it so much. As much fun as I have, my ultimate goal is to use the work I do to be there for people in a way I think a lot of people don’t realize this business can.

I’m sure I’m not unique at all in saying I didn’t always feel like I fit in as a kid for numerous reasons, and I think a huge reason for that was because of the people I watched on TV and film and stage. Art has an insanely underrated impact on people. When you’re growing up and you don’t see anyone who looks like you on TV, or you do but they always fall into the same stereotype, that has a massive influence on how you see yourself and who you become. I’m so grateful to be an actor, but I think the real dream for me is to use my career to show people that the way you look and the way you are born does not define you or the “role” you are going to play in your life.

Has it been a smooth road?
The first time I was told I had to lose weight for a role, I was ten years old. I can’t even tell you how many times I’ve been told that since. I think that’s an insane thing to ask of a kid let alone anyone, right? The thing I’ve never understood about not wanting to cast actors of all different sizes is that so much of the population of the world is considered “overweight”, don’t people want to see people who look like them represented? And I mean honestly represented, not just thrown in to make a joke about being hungry or tired for “comic relief”. Pro tip: Having a fat character talk about food does not mean your project can be considered a comedy. I look at casting calls every day that have a weight limit and I’m just like, WHY??? What does that even have to do with the character??

And I think because of how insanely fragile masculinity is, men don’t talk about how it makes us feel to see these things. I mean how awesome would it be to see a fat superhero who ISN’T just the butt of a joke? This is just one example of how lack of inclusivity has extremely negative effects on the mental and physical health of your audience. I don’t think people really want to watch a bunch of models all the time, I think people want to see honest actors who they can relate to on an emotional level. Pardon my rant, this is obviously something I’m very passionate about, but yes stereotypes in casting have probably been the biggest obstacle for me, most recently because I’m just not interested in taking roles that promote these ideas of negative self-imagery. And like I said, I love what I do, so I definitely want to take every opportunity to work that I can. But I feel strongly that this issue is one worth fighthing for, and even if that makes it harder to reach all my professional goals, I believe wholeheartedly that it will be worth it in the long run.

We’d love to hear more about your work and what you are currently focused on. What else should we know?
There are plenty of times as an actor where you’ll go some time without an actual job. For me, creating is part of the job. Any time I spend not working I usually spend trying to learn new skills to enhance my creativity. My background is in musical theatre so there are several fields of work I can exercise my skills in at all times. I want to take advantage of everything this industry has to offer. Whether it’s improv, music, comedy, writing, directing, teaching, managing, there’s so much to do and I want to do all of it. The only thing I tend to not have time for is sleep.

But I’m working on that! I think a lot of people consider this business to be very competitive, but I’ve found that it’s not much more competitive than any other industry. There’s always going to be ambition and people who want to be on top, whatever that means, but I think a huge part of why I love my work is that I’ve chosen to surround myself with really genuine, supportive people. My friends are so freaking talented it’s actually insane. My friends achieving their goals is pretty much my favorite thing, to the point that I’ve taken it upon myself to become a sort of amateur “manager” for several of my brilliant friends. I spend so much time looking at casting calls for myself that I think it would be insane for me not to try to get my friends in for roles I think they’re good for.

And I low-key think I may have a knack for it too? Which I’m sure can be accredited to how much I’ve learned from my own manager – Taylor Bright from Stagecoach Entertainment, she’s the best, I literally don’t know where I’d be without her. But yes, it’s a blast for me, and the people I “represent” have ended up booking and being in callbacks for some major projects, which is pretty much the best feeling in the world for me considering I’m getting to help out some of my favorite people in the world.

I am going to be shooting a feature film later this year and I’ve been doing improv at the Upright Citizen’s Brigade, which has been an absolute blast. My instructor there, Jess Eason, is insanely funny not to mention woke as hell.

Let’s touch on your thoughts about our city – what do you like the most and least?
There are so many incredible people to meet in this city and I find that everyone has a really unique story too. I feel like wherever I go, there’s an opportunity to meet someone from somewhere else who has gone on some inspiring journey that I want to hear about.

The mentors I’ve had the opportunity to learn from, the friends I’ve made, the people I’ve worked with, they all have something new to teach you. I think it’s so important to listen to the people you meet and hear their experiences and remain open-minded to all the exciting outlooks you may discover. Just being here is such an exciting journey I feel so lucky to be part of. 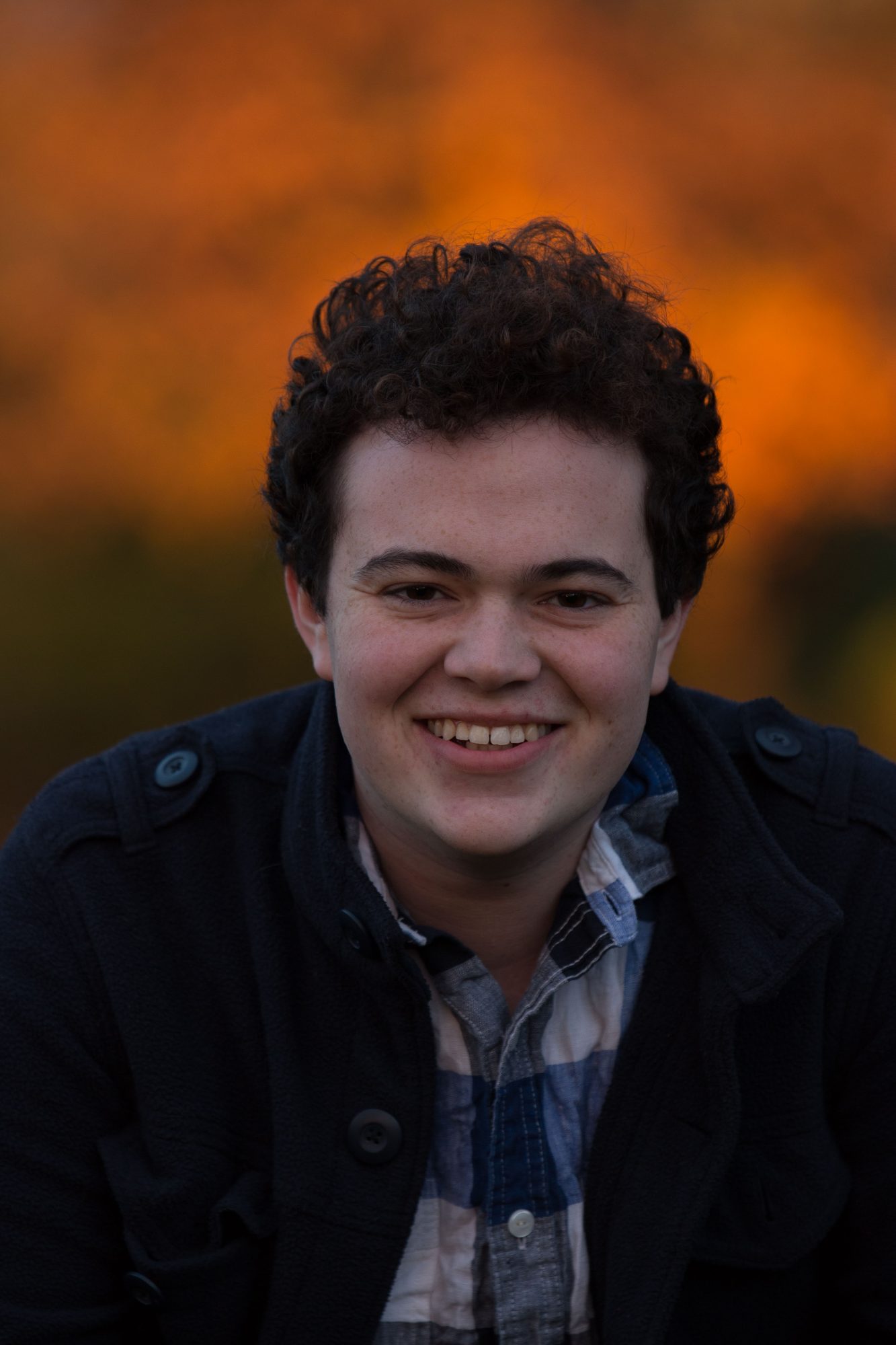 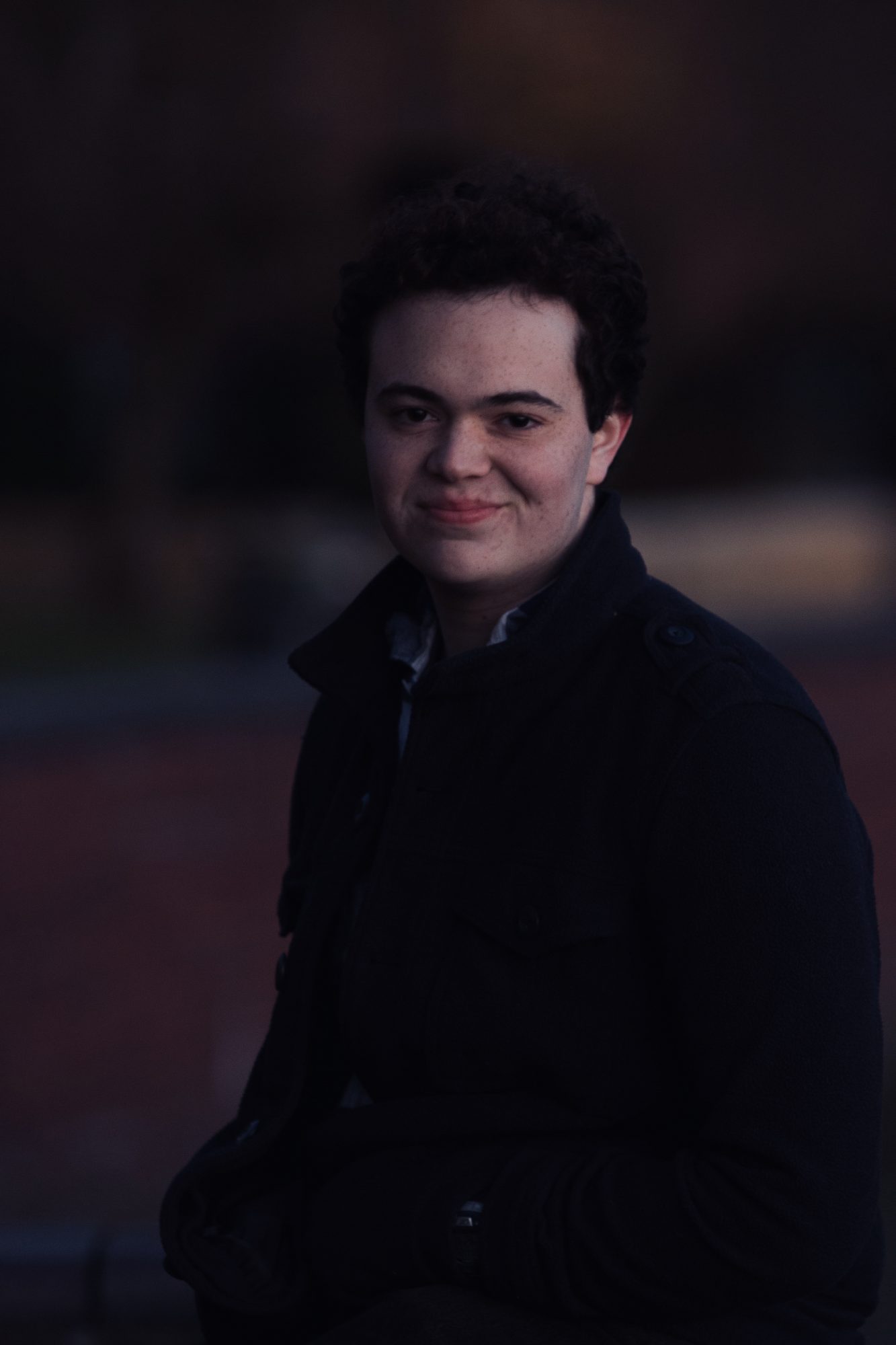 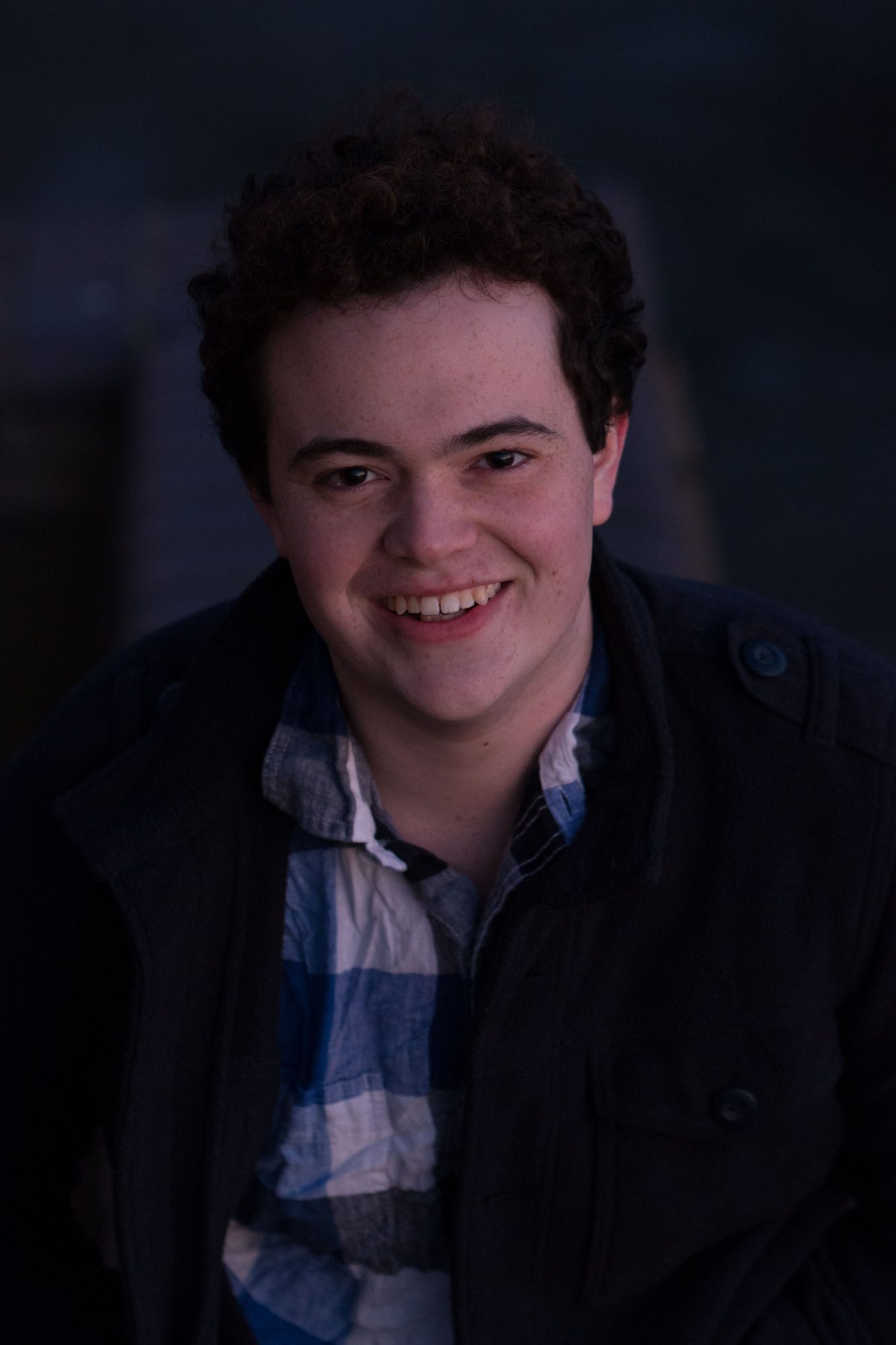 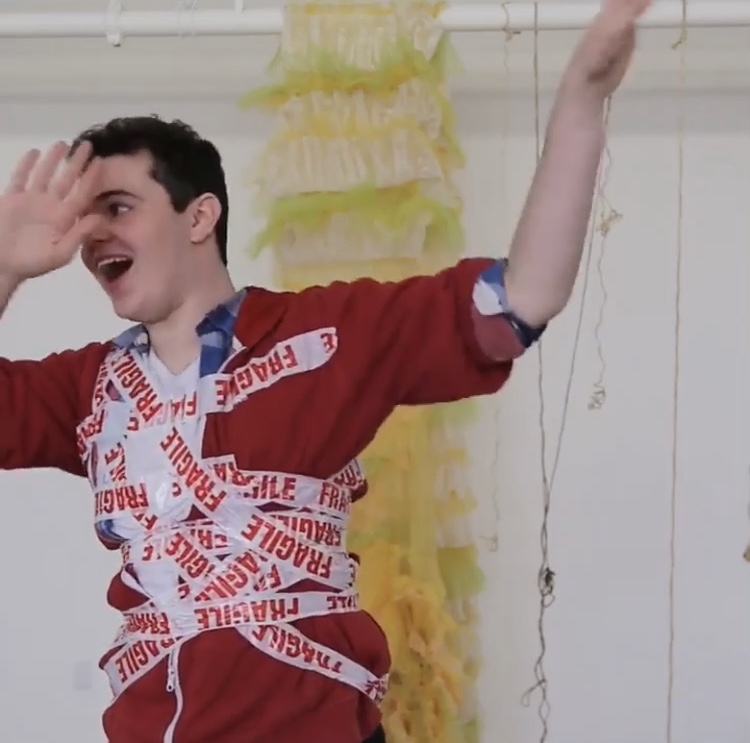 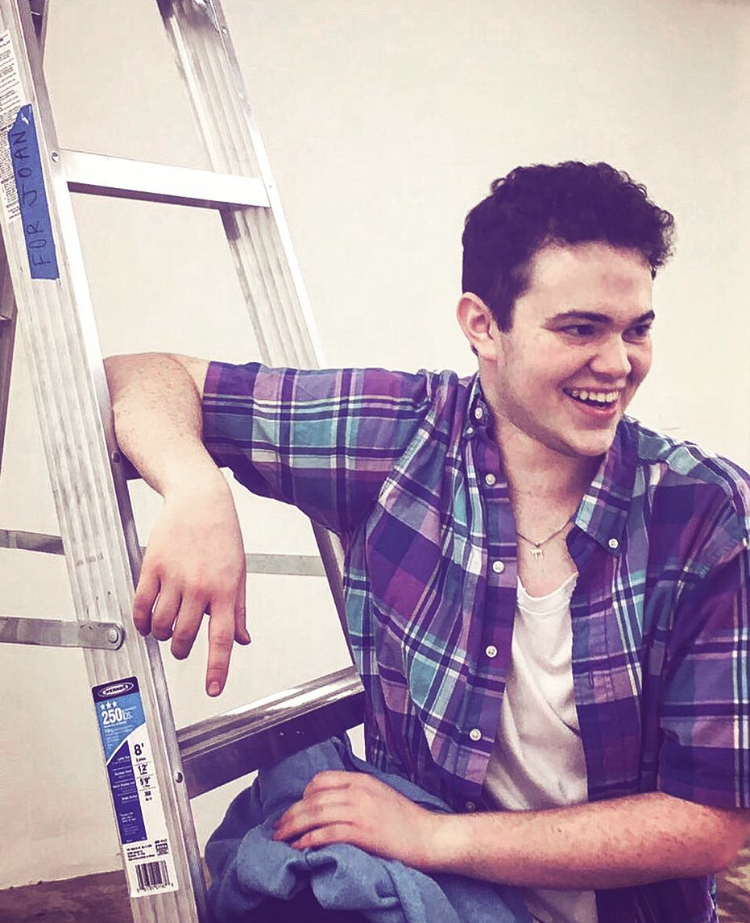 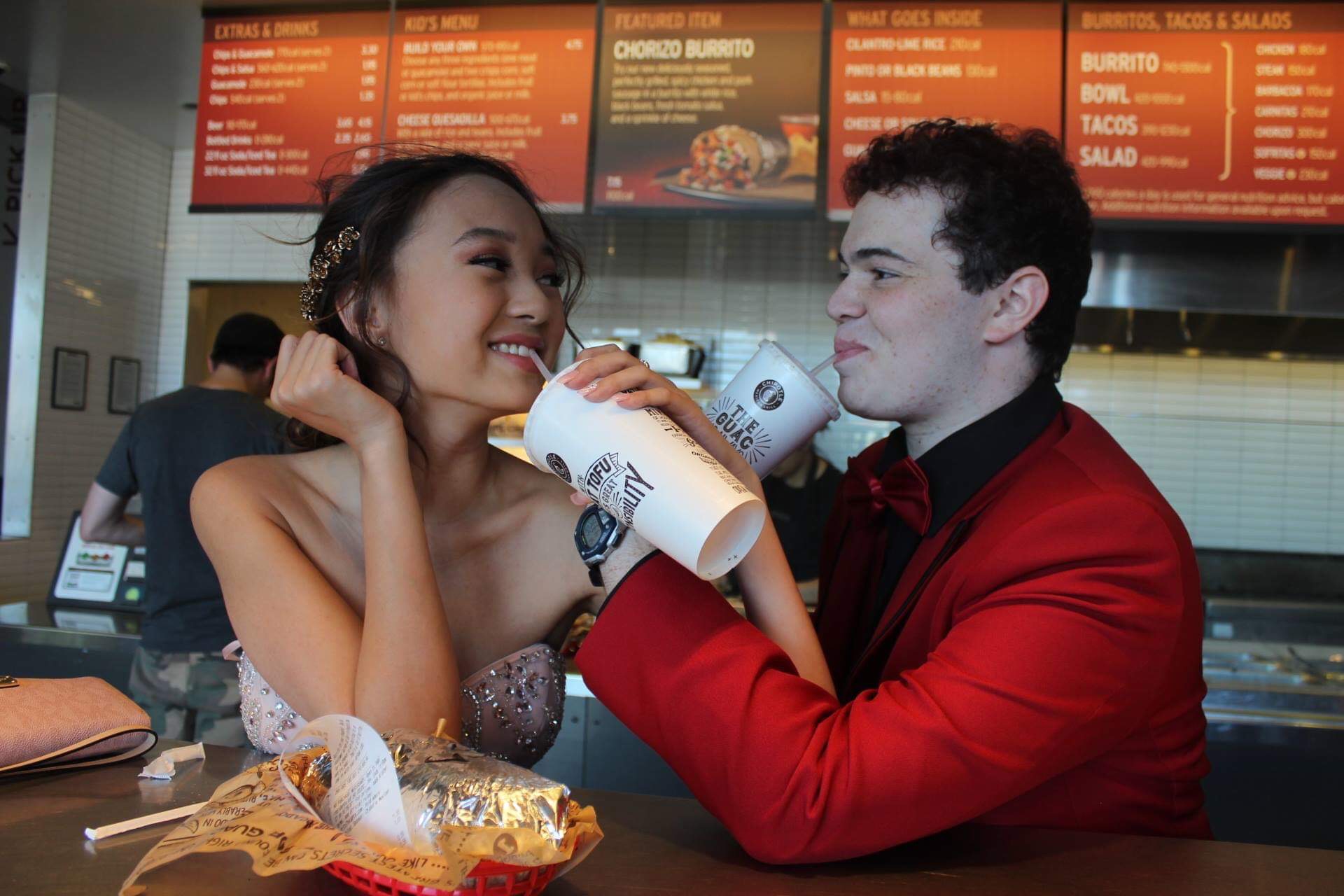 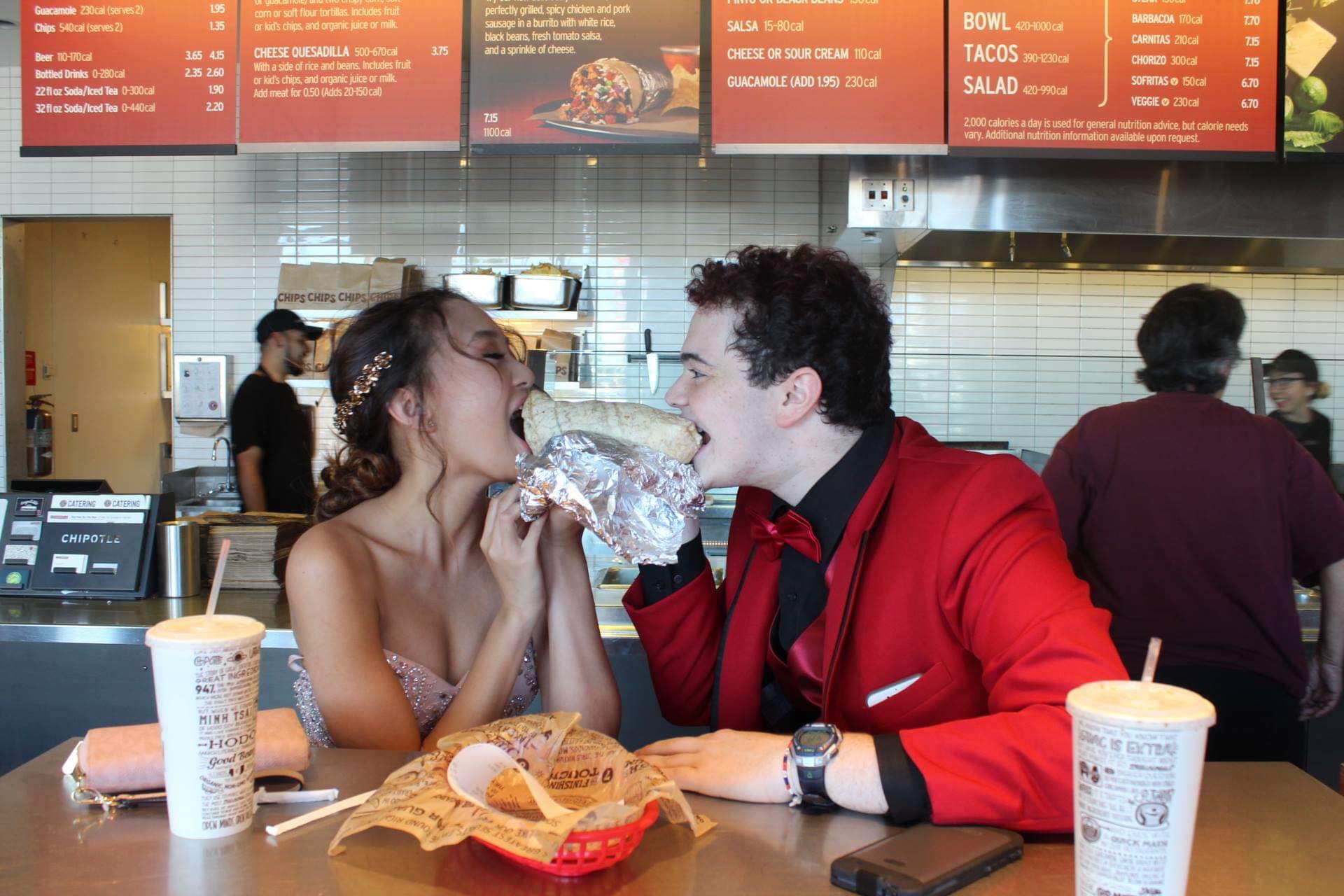