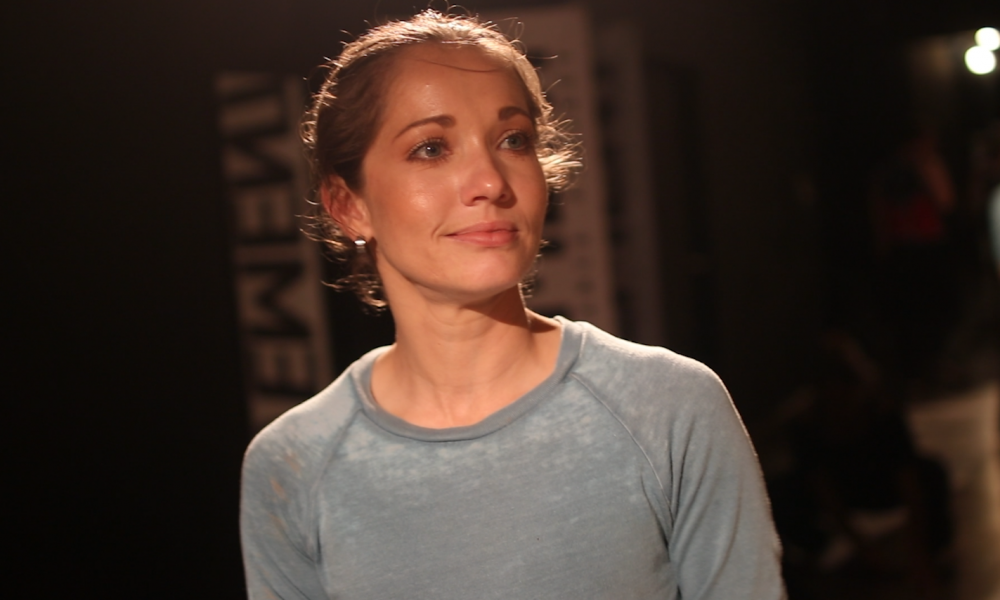 Today we’d like to introduce you to Jackie Brooke.

Jackie, can you briefly walk us through your story – how you started and how you got to where you are today.
My name is Jackie Brooke and I am a recognized film and television actor from Sydney, Australia. Both of my parents are television producers and my dad, Andrew Brooke was the CEO of Grundy Television (now Fremantle Media) in Australia for a decade and over twenty-five years with the company. Suffice to say the industry, building business and producing was very much in my blood.

I came to LA to begin formal acting training at The American Academy of Dramatic Arts in 2017. There, I met Tara Brown, who was my movement instructor in my first semester of school. Coming from a film and tv background and also being a power athlete, “Movement for Actors” kind of sounded like my worst nightmare. It was something that I was scared of, pretty certain that due to my lack of flexibility and range of motion, that I wasn’t going to be good at it. And like many of us, my ego often prevented me from doing things that I didn’t think I was going to perform well in. I had also had so many experiences in movement classes that made me feel “silly”. But on my first day of orientation into the class, Tara talked us through what we were going to be doing throughout the semester, and though it all sounded pretty daunting, she very much has a very strong command over a class, a warm and inclusive energy but also an essence of reliability. So at the end of class, I went up to her and told her that I was pretty sure that I was going to hate this class. Her answer – “Great!” with a huge smile. She simply asked that I trust her and continue to do the work and because of the initial impact that she had on me, I did.

This class, long story short, ended up being completely life-changing from me. I went from being someone who had to go to a physiotherapist weekly to relieve muscular and joint discomfort, to someone who hasn’t been in almost three years. Movement class went from being the scariest possible scenario for me to my absolute favorite class. And above all, I really ended up learning so much more about myself and I grew in so many ways I couldn’t have believed possible that stretches so far beyond just being an actor. It essentially made the exorbitant tuition fees worth it all on its own.

I then became Tara’s student assistant, wanting to learn as much as I could about what she did in the rest of the time I had left at the school. So I then was able to observe how she similarly change the lives of all the other students around me. She changed the mentality of many who like me, feared dance and movement class. She alleviated the symptoms of students who live with diseases such as sickle cell anaemia. And she even was able to return a once very competitive swimmer back to the pool in just 12 weeks after the student was told that she would never swim again by multiple doctors following a severe shoulder injury.

It occurred to me however, that though I had found this one in a million gem amongst a sea of classes and teachers in a town like Hollywood, most other people would never get to experience this work, because it starts and ends at the moment with Tara Brown in this one institution. So I began, with her, to create “The Actor’s Instrument”, because it felt almost cruel that something so powerful and so life-changing was basically being kept from the world. And it selfishly means that now I can still attend her classes even though I have since graduated from The Academy.

The class has been running in West Hollywood since about September 2018 but probably most officially from January this year.

We’re always bombarded by how great it is to pursue your passion, etc – but we’ve spoken with enough people to know that it’s not always easy. Overall, would you say things have been easy for you?
For both of us, I think one of the hardest challenges we faced was just being brave enough to begin this journey in the first place and to really go all in. Again, coming back to ego and (I believe) everyone’s inherent fear of failure; because the work is so important and we both believe so wholeheartedly in it, for the business to fail would have felt almost like a personal failure. It’s incredibly intimidating to put your whole heart and soul on the line and as far as Tara is concerned, everything that she has been creating and manifesting her entire life. It’s also her name and her brand and her face and I know that was something she didn’t know if she wanted out there with the potential of it all falling flat.

It’s also a matter of how you market yourselves in such a saturated business. The work speaks of itself and every single new student we have found along the way has come back again and again because this method works and the results are visible pretty immediately. But reaching people and bringing people in to see what we do is tough. We are small and we are new and don’t have a name that everyone in this city knows yet.

Actors’ schedules are hard to manage as well because one month you are twiddling your thumbs and the next you’ve been booked for a film and you’re out of town. So it’s just trying to manage a constant flow of people to keep the class going.

So, as you know, we’re impressed with Tara Brown: The Actor’s Instrument – tell our readers more, for example what you’re most proud of as a company and what sets you apart from others.
The Actor’s Instrument focuses on Movement from the Actor’s Perspective. It is a movement class that is designed not to be at all exclusive to just dancers or people with an extensive movement background. It is about expression and about what makes the individual special and how we bring out that specialness in all of us.

Essentially, we help people find freedom and to relieve themselves of tension. Every single human being on the planet holds tension. This is inevitable because of every single thing we go through in life. We mimic our parents and accrue their tension; we go to school and we learn habits from our peers and teachers; we play a sport and develop musculature; we fall in love; we get out heartbroken; we go through traumas; SMARTPHONES! Every single thing we do in life gets held into our bodies and this makes us unique and special. This is what Tara calls “the roadmap of your life.” We spend time in this class learning about our own roadmap and why our body is the way that it is (most of us have one shoulder slightly overbuilt, one arm that appears longer than the other and our head and neck slightly out of alignment.)
Then we learn how to create space in our bodies so that we can free ourselves of unwanted tension and create a proper alignment – a blank canvas. The idea is that every physical choice we make as actors we want to be able to be a choice and not just a part of every character we play because it is a part of us. Because every character also deserves their own roadmap as they have gone through their own physical journey throughout their lives as well.

The body is amazing and when given the space, it will naturally realign itself. It knows exactly how it is meant to be but we often get in our own way. So it is about learning to let go of the judge that infuses almost all of our days and relinquish control in order to create a new normal and better habits.

We then can return to who we were intended to be and not all of these socially constructed things that we have put on top of ourselves. The work allows you to be your most authentic, unique and most special version of yourself, and also the most physically healthy.

So, what’s next? Any big plans?
We are now in the process of producing our first theatre show and our first film. It has always been our intention to be able to move beyond just classwork and to be able to create material that we are very proud of. Both of us are very creative with very different skillsets and so together, this journey has been incredibly interesting and rewarding. We have also come across so many talented people over our respective lifetimes and even just since beginning “The Actor’s Instrument” that we want to collaborate with. We want to create more work and performance opportunities for our actors and to provide meaningful performance, art and entertainment to audiences.

Tara has also begun to move beyond just the sphere of actors because ultimately, this kind of work is beneficial to absolutely anyone. “The Actor’s Instrument” was recently brought on to work with some of the executives of Chanel from both New York and Paris while they were taking part in a retreat on the Westside of Los Angeles. This kind of work is perfect for those in high-stress environments and any role that has any kind of demand, be it mental or physical. So we definitely are also moving into the corporate sphere and the individuals and groups who we haven’t had the opportunity to meet, work with and learn from yet. 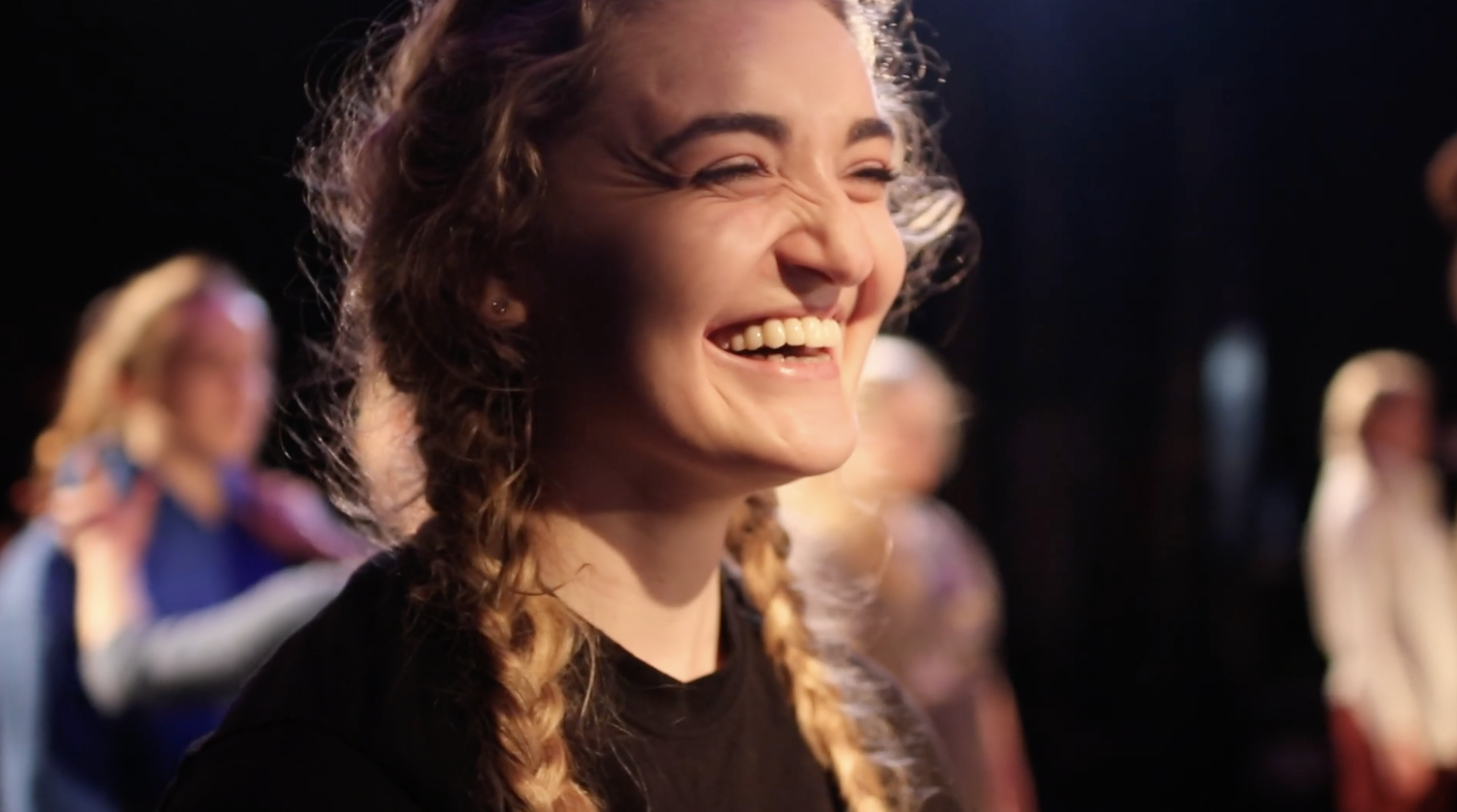 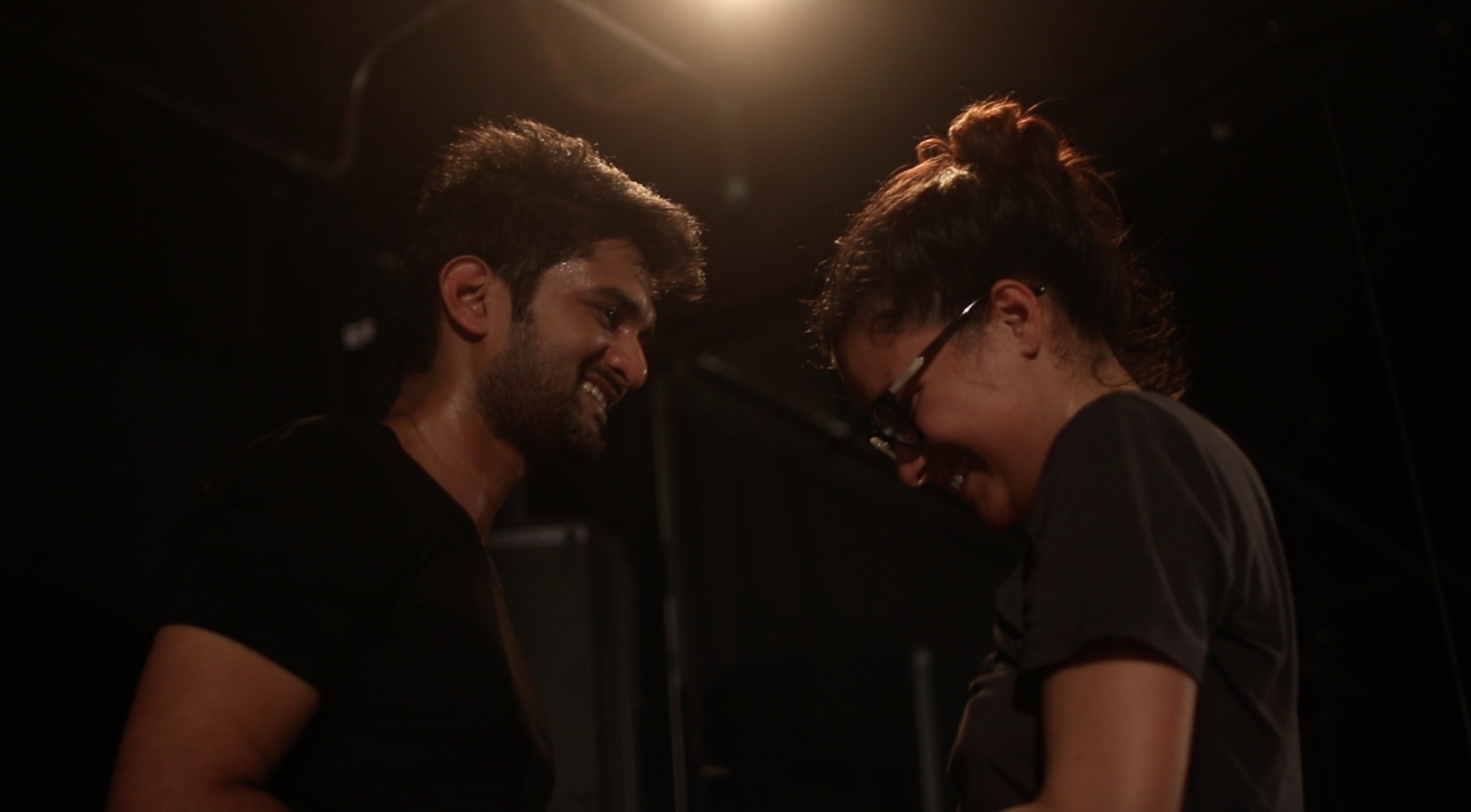 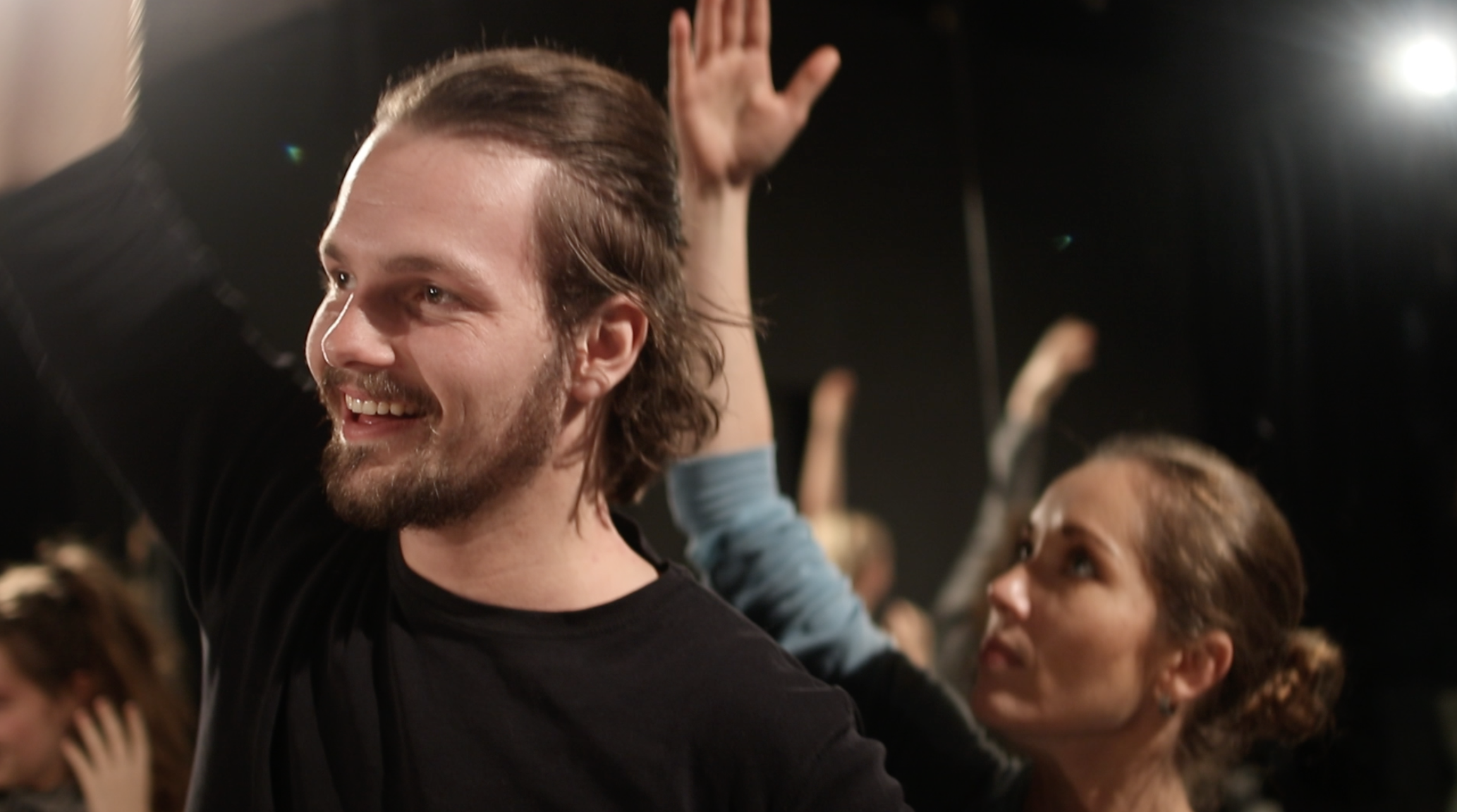 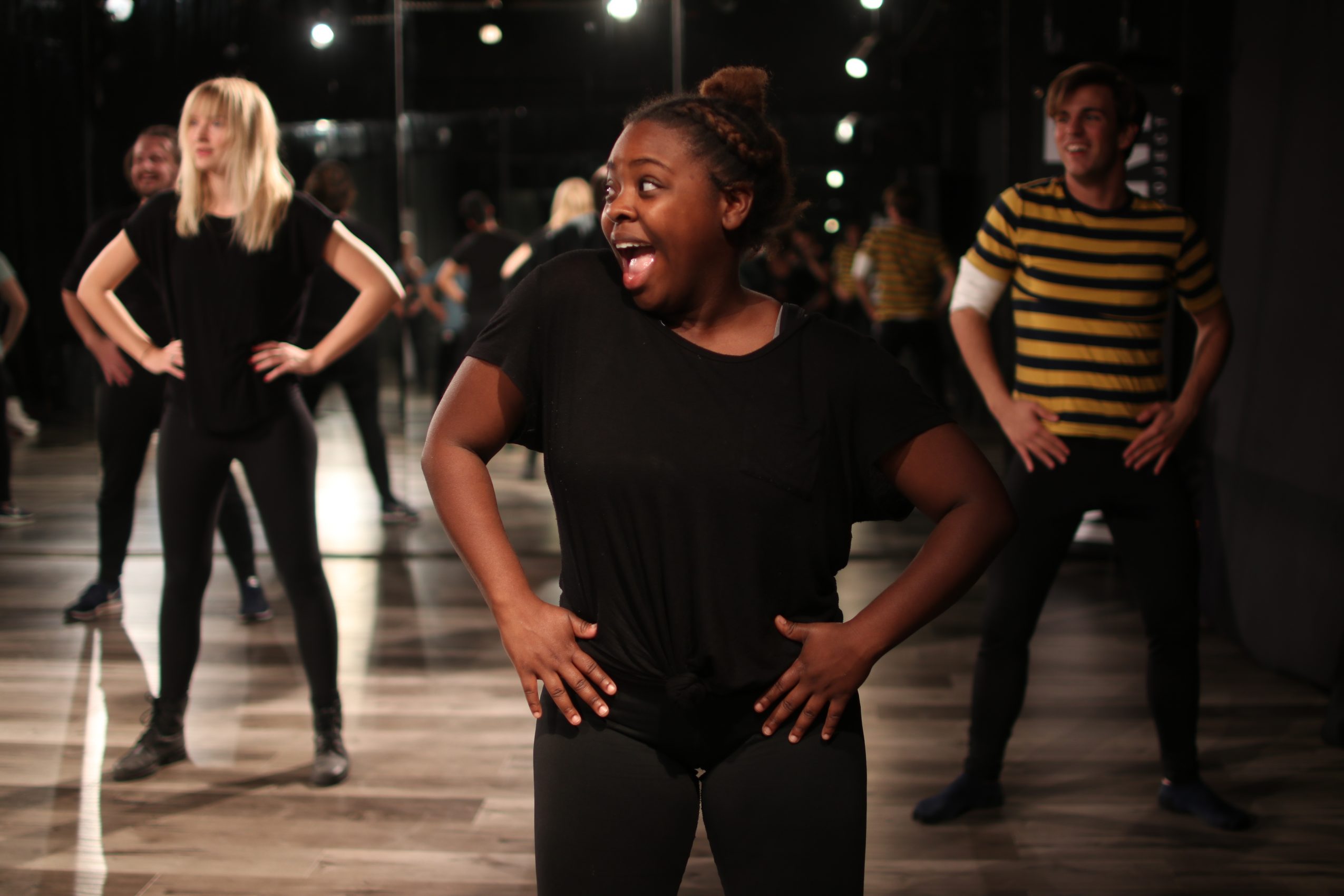 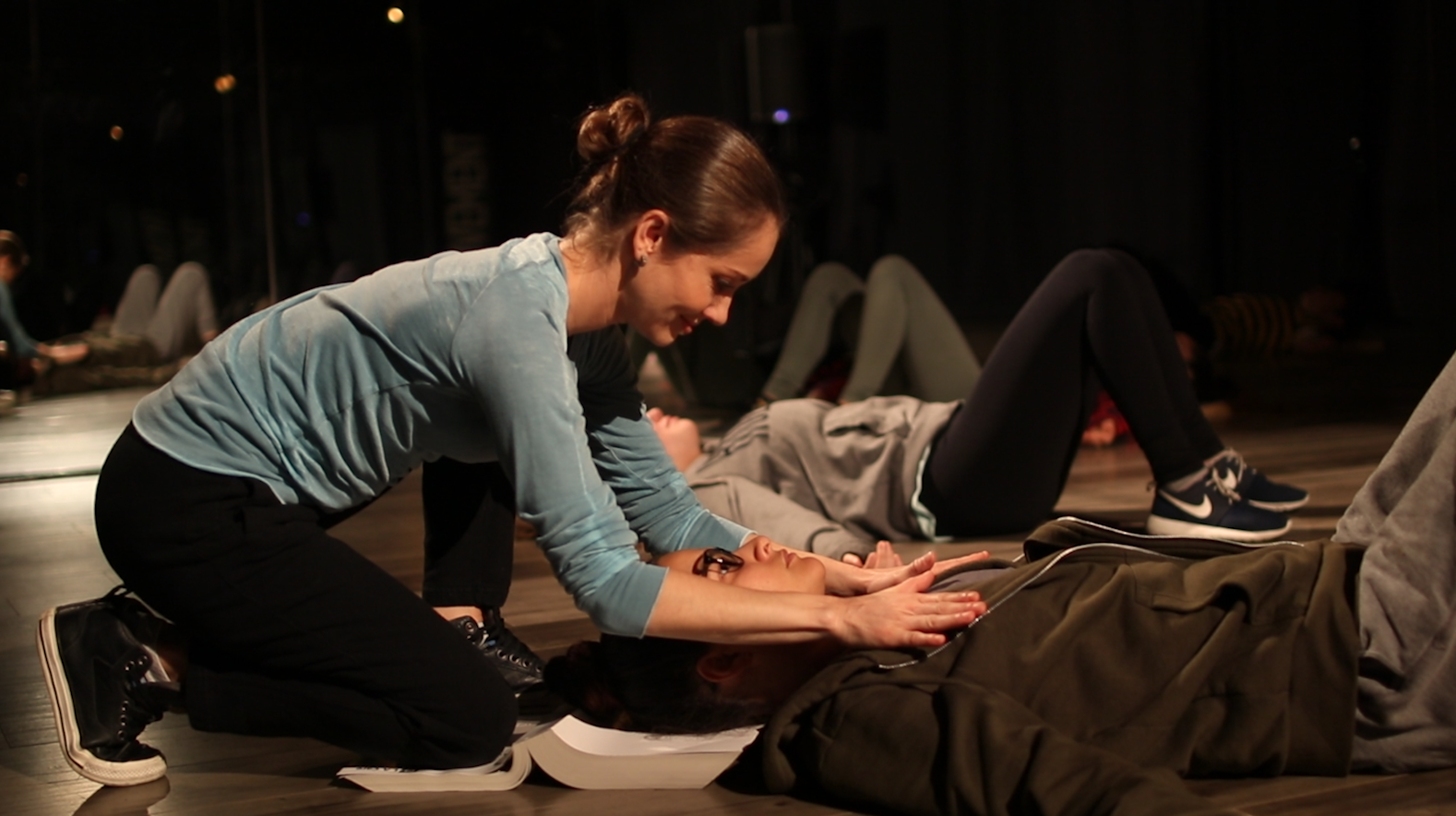