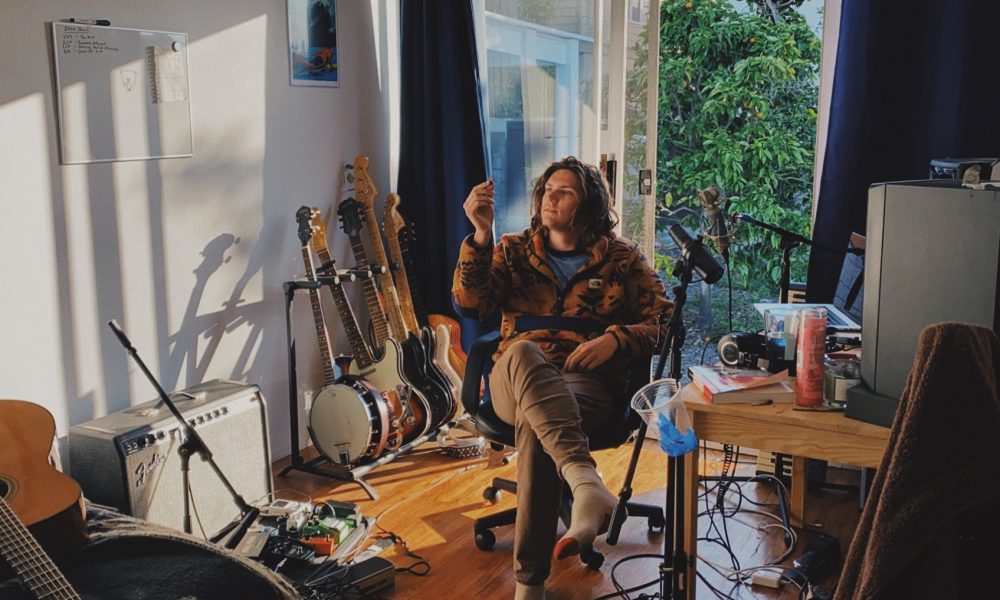 Today we’d like to introduce you to Jack Shields.

Jack, please share your story with us. How did you get to where you are today?
I am a singer/songwriter/guitarist and producer originally from Connecticut and currently based in LA.

I started playing guitar when I was about 11, my uncle is a fantastic acoustic picker and inspired me a great deal when I was first starting out. I went through the usual classic rock progression of fandom, worshiping Hendrix (I basically had a shrine to the man), The Band, Zeppelin, etc. and essentially trading a social life for guitar playing in my middle school years. I’ve played in bands on and off since 7th grade. At some point, I was introduced to Hip Hop and producing and went down that rabbit hole. My first songs were just joke raps me and my friends would make in middle school, it was essentially meme rap, meme’s just weren’t really a thing yet. Eventually, I started to take production more seriously and a few of my remixes got a little attention on SoundCloud, so I went to college thinking I was going to be an electronic music producer.

Well college wasn’t for me, I dropped out and moved back to CT, and in the midst of that uncertainty I rediscovered my love of guitar playing and guitar music in general, basically dedicating my life to it. I think I was a little lost during my EDM phase and wasn’t aware of how far I had strayed from my roots. Have a song called “Leaving California” off my first EP which was the first “real” song I wrote during that time. It was kind of a big moment for me where I realized that I could write songs, and they were actually okay! So I spent the next few years in my parent’s basement obsessively writing and recording and haven’t really stopped since.

I moved out to LA last August, packed my life into my car, and drove out west. I spent a part of my childhood in San Diego so I always assumed I would end up out here again at some point. I love the nature out here, and there is a lot more going on musically than in CT.

We’re always bombarded by how great it is to pursue your passion, etc – but we’ve spoken with enough people to know that it’s not always easy. Overall, would you say things have been easy for you?
You know the biggest struggles for me always seem to be ones that I create. I have been lucky enough to have a supportive family and a solid network of friends over the years who always pushed me forward. Of course anybody pursuing a musical career knows it’s not easy, but that’s kind of what you sign up for.

My biggest obstacles have probably been health-related. I’m a little accident prone (laughs). Other than that though, writer’s block can be really difficult. I’ll get really afraid that I’ll never be able to write a song again. Of course you inevitably do, but that fear of “losing the magic” can be crippling in the moment. Music is on mind 24/7 and that has its inherent problems. I think it’s important for me to step away from it sometimes. I’ve gotten really into surfing and skiing because I feel no pressure at all when I’m out in the ocean or in the mountains. I know I’m never going to be Kelly Slater, and have no desire to be, so its just pure unadulterated fun, there is no end goal there. Not to say the music isn’t fun, but I take it pretty seriously. I get my highest highs from music, but that comes with some pretty tough lows. John Prine said “there is no greater feeling in the world than having just written a great song, and nobody in the world except you has heard it”.

Can you give our readers some background on your music?
I think the best description of my music is country infused indie rock/folk. It definitely lives within that realm most consistently, but I’ll write in any style. I’ve got a mariachi murder balled I’m currently working on (laughs). But I had a reviewer describe my stuff once as “weaving intimate folk songwriting with soaring rock soundscapes”, I think that’s pretty accurate.

My influences are all over the place. Writing-wise I tend to gravitate towards guys like Warren Zevon and John Prine who have extremely witty and often hilarious lyrics while at the same time always remaining sincere. Prine will make you laugh and cry in the same song, and that’s kind of my ultimate goal lyrically.

Musically The Band has had a huge influence on me, as well as indie rockers like modest mouse, built to spill, etc. I definitely prefer a rootsier/more natural instrumental palette. I grew up a Phish fan/deadhead so I can appreciate a good jam too. My first love was guitar, so I try to work interesting parts/solo’s into my music whenever I can, I love what dude’s like Billy Strings and Marcus King are doing, making the shred cool again.

So, what’s next? Any big plans?
I’m working on two albums right now that I’m trying to get out into the world. I think I’m finally coming into my own as a writer and starting to actualize the type of music I’ve had in my head, which is very exciting for me. I think my personality really comes through in these new songs, which is what I’ve been striving for. I’m currently in Quarantine right now, so its great time to try and finish some of this stuff up. The internet makes it easy to work remotely with my band and other collaborators which is nice. Its all pretty uncertain right now, but like everyone, I’m just trying to stay positive and hope things go back to normal soon. Would love to take some of these new songs on the road this fall/winter. 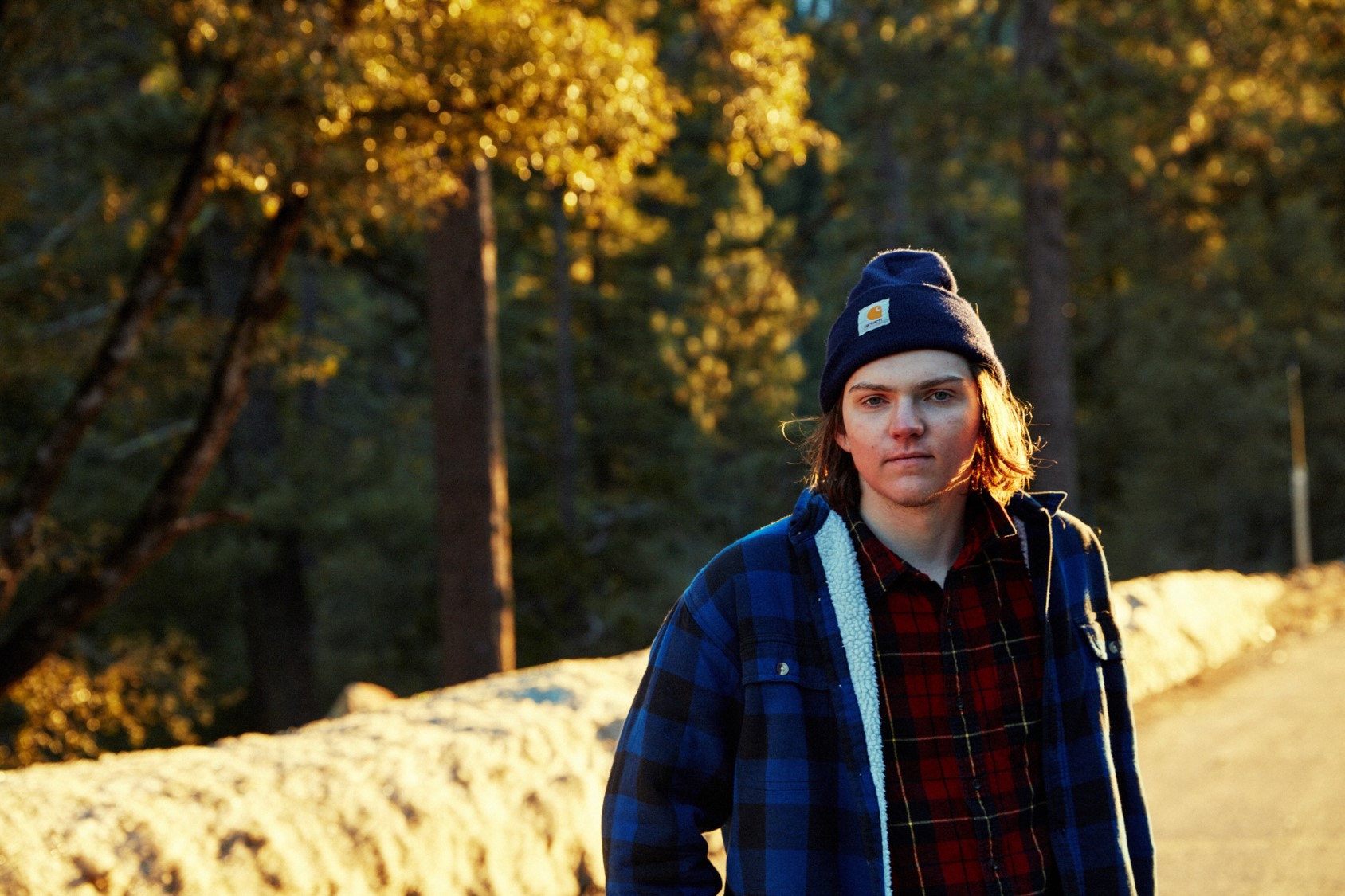 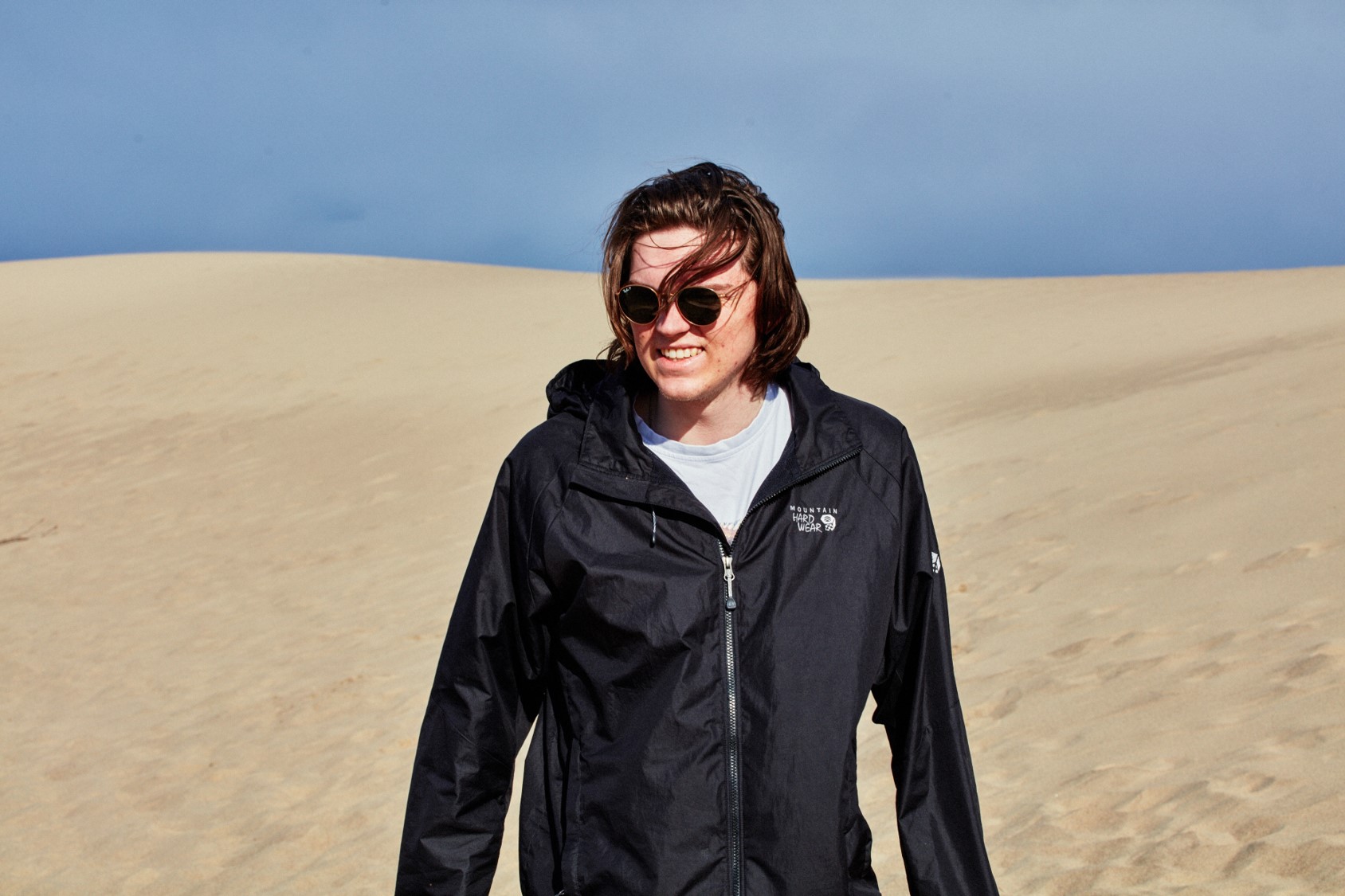 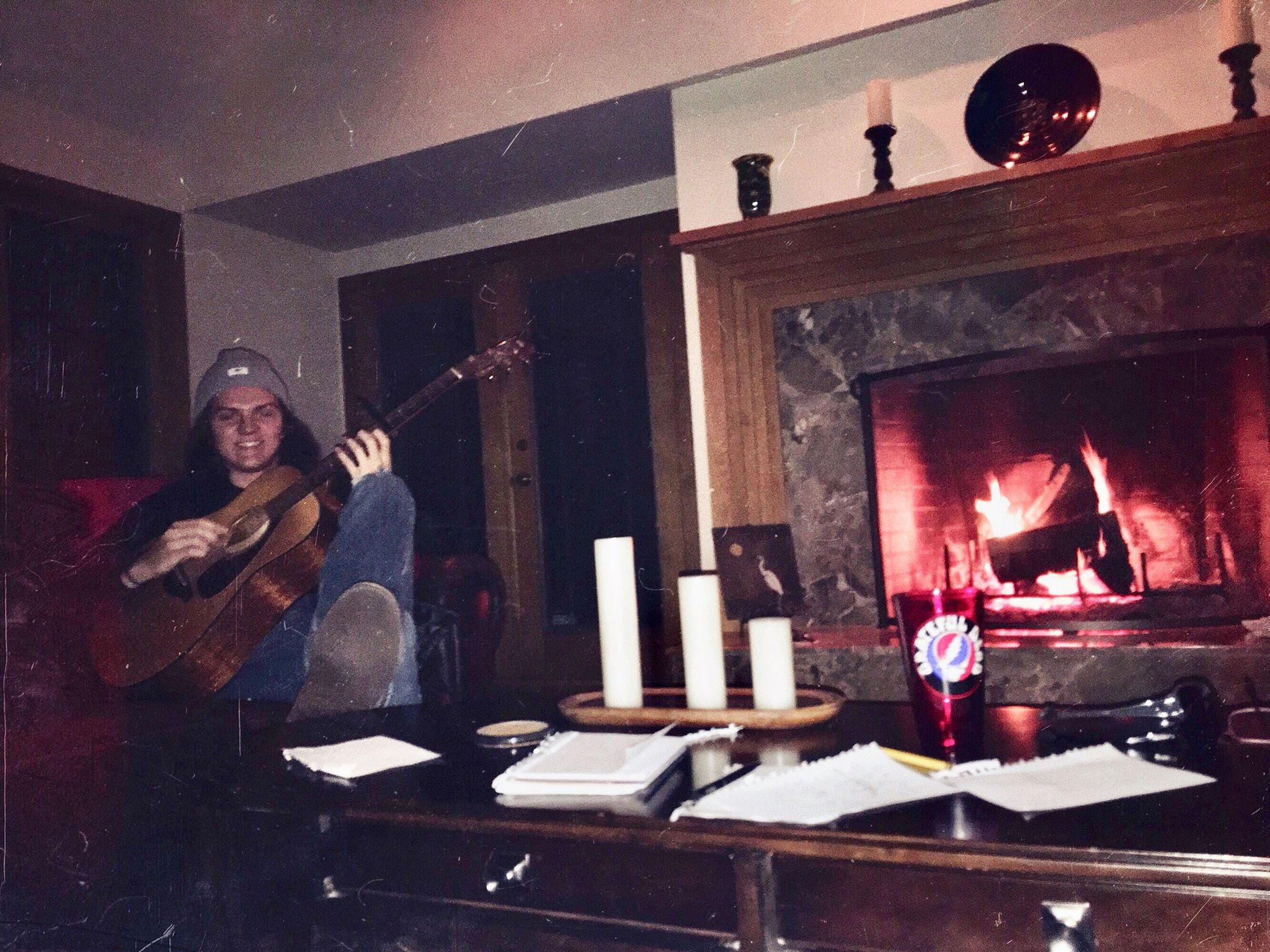 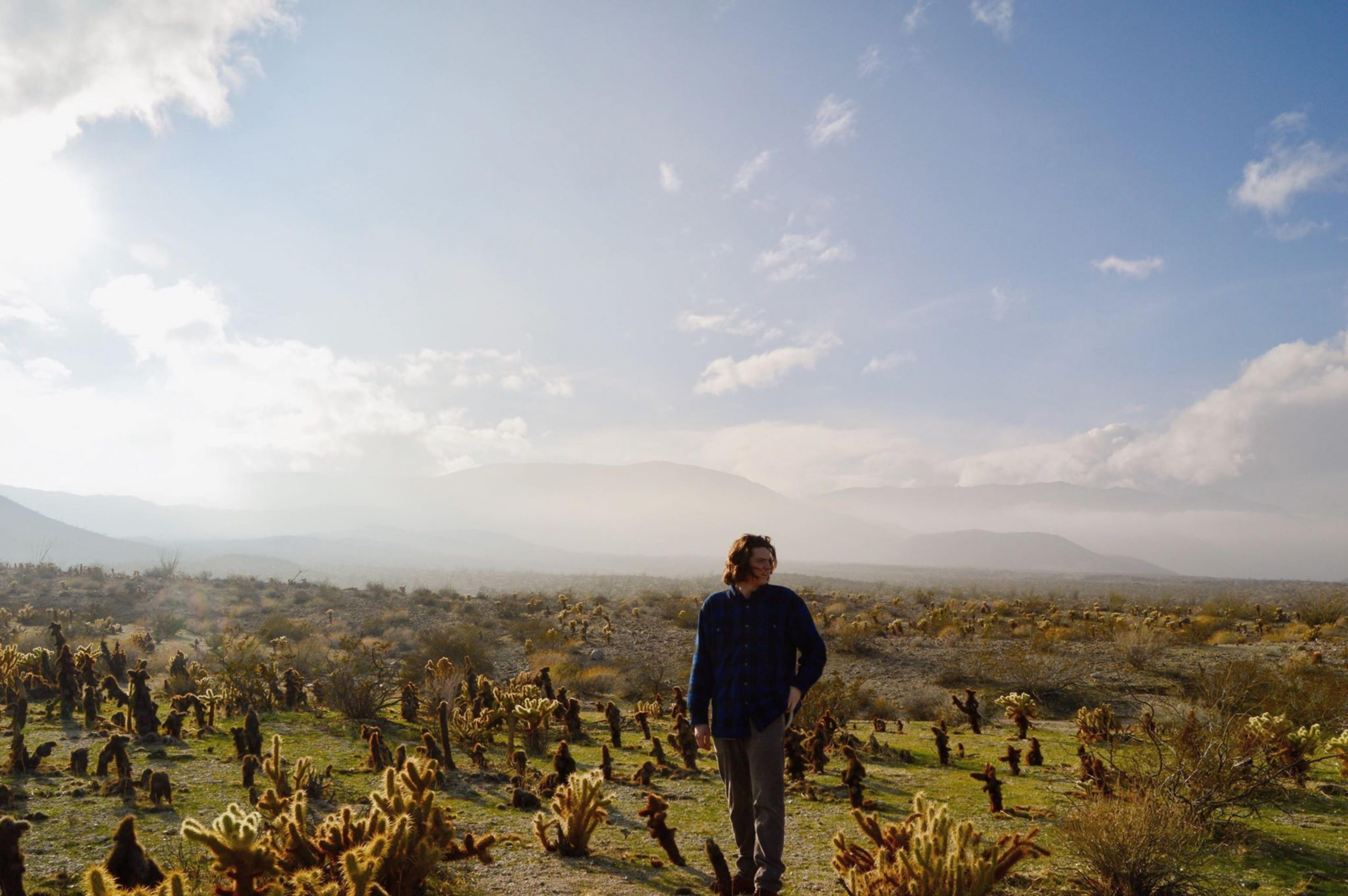