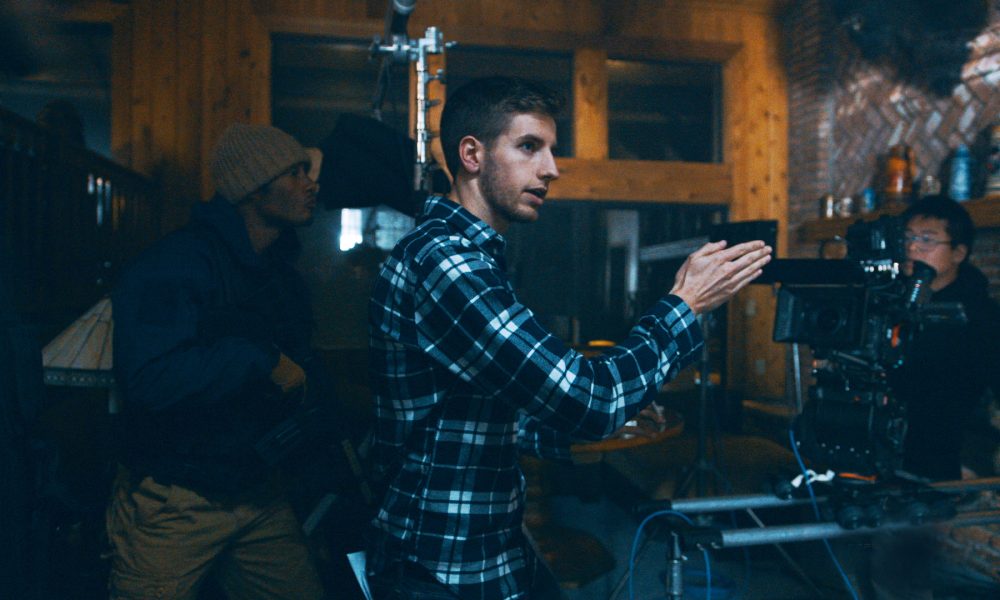 Today we’d like to introduce you to Jack Martin.

Jack, please share your story with us. How did you get to where you are today?
I’m originally from Chicago. Well, sort of. I grew up about 30 minutes west in a small town called Downers Grove. At a very early age, I found myself so drawn to television and movies but didn’t quite realize the magnitude of my passion. As I grew older, I realized how much freedom a little kid could have with his camera and an endless imagination, but my devotion to the filmmaking craft was tested when I reached high school. I became the ‘weird film kid with the hopeless dream’ and I had some pretty bad movies under my belt, but I didn’t care. The movies weren’t meant for the haters, they were meant for the few people who enjoyed them and me. I just ignored their criticisms because I just loved spending my free time making movies and no one was gonna stop me. After years of this ridicule, my hard work finally paid off. I was accepted into USC’s Film School in 2012 and suddenly the jokes and haters all disappeared.

In high school, my close friends were always eager to help me make my movies and I am so deeply thankful for their love and support, but at USC I was bombarded with hundreds of kids who were just as passionate as I was about movies. I quickly discovered the importance of having collaborators as well as being a good one myself. I found myself growing more confident, experimenting with different genres and switched from drama into comedy. In my senior year, I direct two senior thesis projects: a short family comedy titled ‘Bye Bye Bernard’ and a web series sitcom called ‘My Friend D-Rone’, both of which can still be viewed on my website. It was the first time I ever had budgets, ever had teams of 40+ people, and really felt like I was doing it; I was directing.

When I graduated USC, that confidence all crumbled to pieces. Who’s gonna hire a 22-year-old right out of college? I didn’t have a feature script ready, I didn’t have a financier, hell I didn’t even know what kind of entry-level job I’d want. Work in the agency and earn my stripes? Pass. Work in development and read scripts all day and NOT work on being a director? Pass. Don’t get me wrong, these are all viable options – there’s no wrong direction! I just knew I wanted to be on set; that was where I felt home. My mentor, a USC professor I surprisingly impressed (Side note: you can hunt down mentors as hard as you want, but at the end of the day mentors pick you.) helped me get a job as a director’s assistant on a small Netflix movie called Little Evil. I got to go to Cleveland, be on a real movie set, meet Evangeline Lilly (what more could a Lost fanboy want?) and see how the pros really did it. Unfortunately, the job was only two months so I was quickly back to the drawing board.

Luckily on that set, I earned the respect of some people like the Assistant Director and he called me on a couple of projects like Fargo Season 3. When set PAing dried up and I was exhausted of it (We could talk about Set PAing for another five articles…), I tried my hand in Trailer Coordinating. Three weeks into the job, I realized I made a mistake and spent every day trying to find a new job. Luckily a close friend and the lead of my web series ‘My Friend D-Rone’ Matthew Keibler helped me get onto the LA reshoots of Pacific Rim 2 as an Office PA. I was back on cloud 9: on a real movie where the action really is. This time I was in the office, which is much better than set because the hours are better, you can get work done on your laptop during free time, and you still get to visit set. Three months of solid work, some money in the bank, a handful of new friends and mentors, and the spark I needed to tackle my most challenging film yet: ‘MANHUNT’.

At the start of 2018, the Pacific Rim 2 crew quickly called me back onto Godzilla vs Kong as the Key office PA. I had earned my stripes and finally felt like I had found a home after nearly two years of graduating USC. I was gearing up to make MANHUNT, a mini blockbuster thriller that I had wanted to make for years. I had finally mustered the courage thanks to my experience on Pacific Rim 2 and a lot of pep talks from my girlfriend Michelle, but nothing could prepare me for the countless challenges I faced on this film. To save money for Manhunt, I shared a room with my older brother Jimmy, ate Cliff bars for meals, and would go on as many runs as I could to wrack up mileage. I got dangerously skinny and pale to the point where friends kept asking me, “are you okay?” To this day, Cliff Bars just make me sick.

My work on Godzilla vs Kong wrapped up after nine months when they sailed off to Hawaii to shoot the movie. Another ten months later and Manhunt was finished (June 2019 – don’t worry, I got back to a healthy diet). Since Godzilla vs Kong, I’ve been bouncing on and off of a couple of short-term production gigs and then riding the wave of unemployment (highly recommend). I shifted my focus to directing low budget commercials and managed to shoot 4 in 2019. As I start 2020, I’ve got two goals = lock down more clients and get a feature going. Commercials pay the bills and get my hands on a camera while I develop over a dozen Film & TV projects with fellow collaborators. These projects and their collaborators include the feature for MANHUNT with screenwriter Ryan Lee, an Action Thriller with my oldest USC friend and fellow producing collaborator Peter Etherington, and a silly comedy with my long-time girlfriend and writing partner Michelle Hantman. I’m so thankful to have these awesome people with me as we all try to take our careers to the next level.

Has it been a smooth road?
Oh boy. Smooth? Have you ever driven on Chicago roads, they got potholes EVERYWHERE!

Probably the greatest challenge I ever faced in my life was my father passing away when I was 17. Suddenly every film, every story, every project became ten times more important because I was doing it to honor him. I had to become older than I was as the ground from beneath my feet felt like it could cave it at any moment. I’m so thankful for my mother and my two older brothers because we all came together stronger because of this loss. He had high expectations for us all and it’s been hard to live up to them, but I’d like to think he’d be proud of me going to USC even though he was a Notre Dame alumn. He might’ve even liked my films. Well… some of them.

Another huge challenge I faced was graduating USC. The adjustment period was brutal. After 22 years of semesters and class schedules and a clear, organized path, I was completely lost. I didn’t know how I was gonna pay next month’s rent, I didn’t know how to be seen by this monstrous industry as a filmmaker, and I didn’t even know what story I wanted to tell. This is where having a good support system of friends is priceless, especially because they’re all going through the same thing! Going through it together definitely made it more bearable. Asking my brothers if I could move in with them to save money was also a stab at my pride, but I’m so grateful for them taking me in. Without it, I might not have ever been able to produce my short ‘MANHUNT’.

Ah, ‘MANHUNT’. The ultimate test of my stamina, patience, and storytelling abilities. This project was a murphy’s law shoot right from when we first stepped on set until the Final Color Session a full year and a half later. We fell hours behind schedule, overworked our crew in the most dispiriting way, ballooned the budget, crashed our grip truck… twice (don’t worry, the internet company van that hit us paid for the $20k in damages… after four months of white knuckled anxiety), lost four VFX artists in post, all for the movie to come out surprisingly pretty good. I thought I’d never make it out alive, I thought the film was gonna look like a shattered vase taped together, but after a lot of editing it actually turned out really good! People have responded so well to it that I feel this newfound confidence in my abilities as a filmmaker. If everything went smoothly, I don’t think I would be as well equipped to make a feature film as I am now.

We’d love to hear more about your work and what you are currently focused on. What else should we know?
What sets me apart is exploring excitement in everyday life across multiple genres. Whether it be comedy, drama, action, thriller, sci-fi, or adventure, I’m always looking to do the impossible and come out on the other side surprised by what we’ve accomplished. I don’t want to add to the noise, I want to discover something new that will surprise people and inspire others to push the boundaries. I can’t do it alone either. I’m always looking for new collaborators to add to my long-time team. Every new collaborator is a new friend, someone to share my life with as we experiment, fail, and create together.

How do you think the industry will change over the next decade?
As much as I enjoy the movies, I think we gotta get over this superhero thing. If we want good, unique, strong IP, we’ve gotta really look into video games.

Uncharted, Jedi Fallen Order, Horizon Zero Dawn, Red Dead Redemption, The Last of Us, Halo… it’s only a matter of time before someone makes one good video game movie adaptation and everyone races to lead the trend. 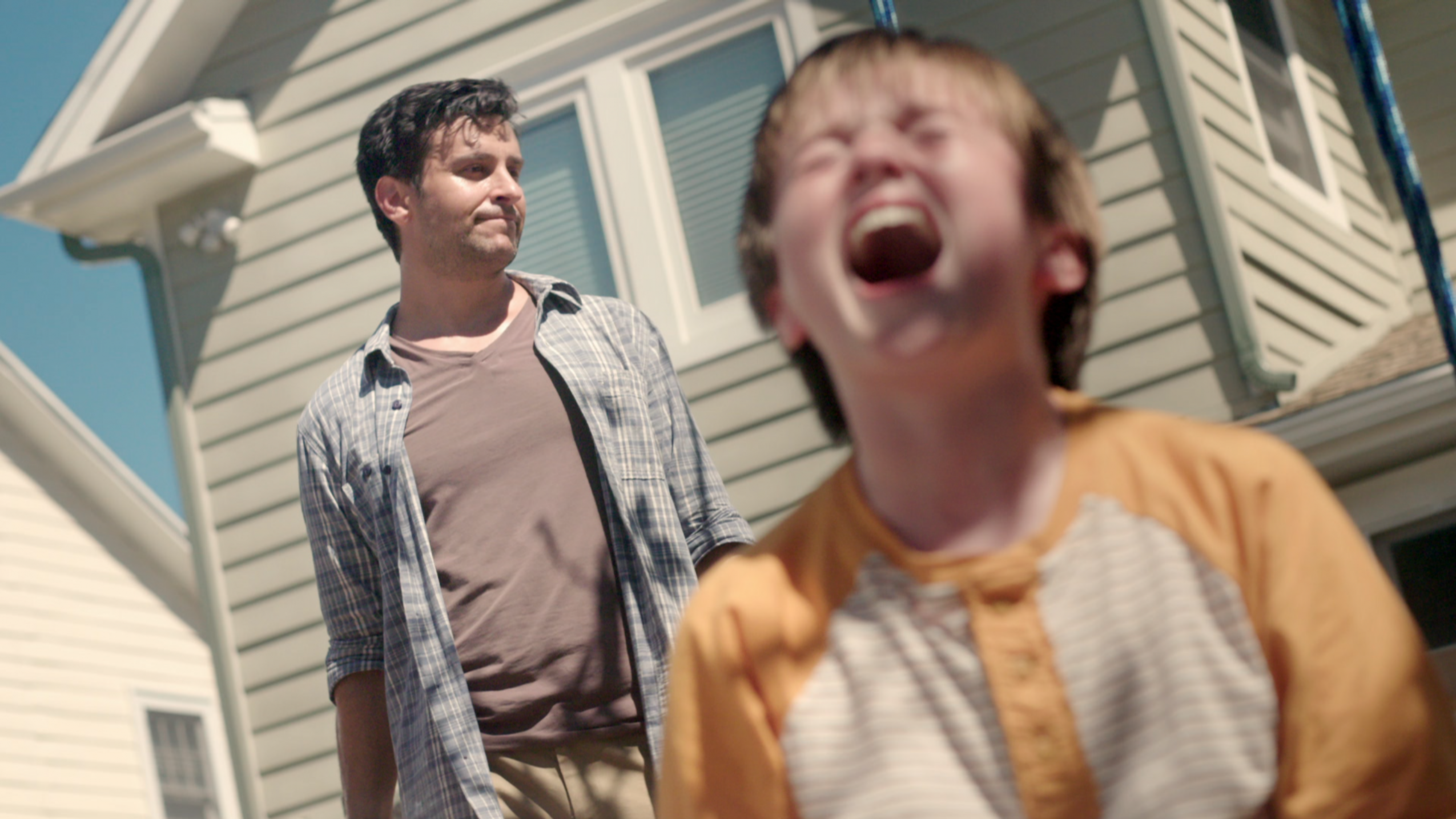 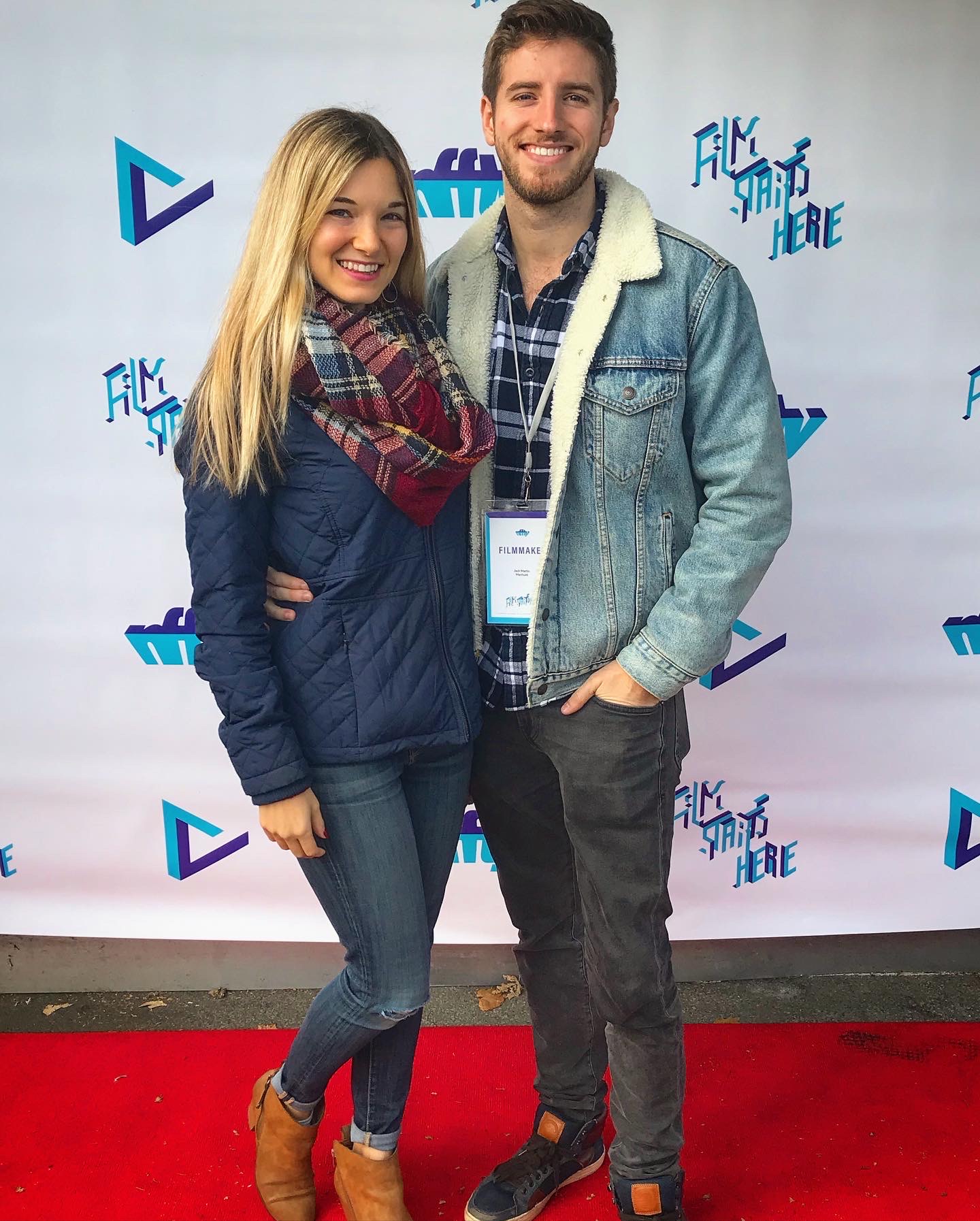 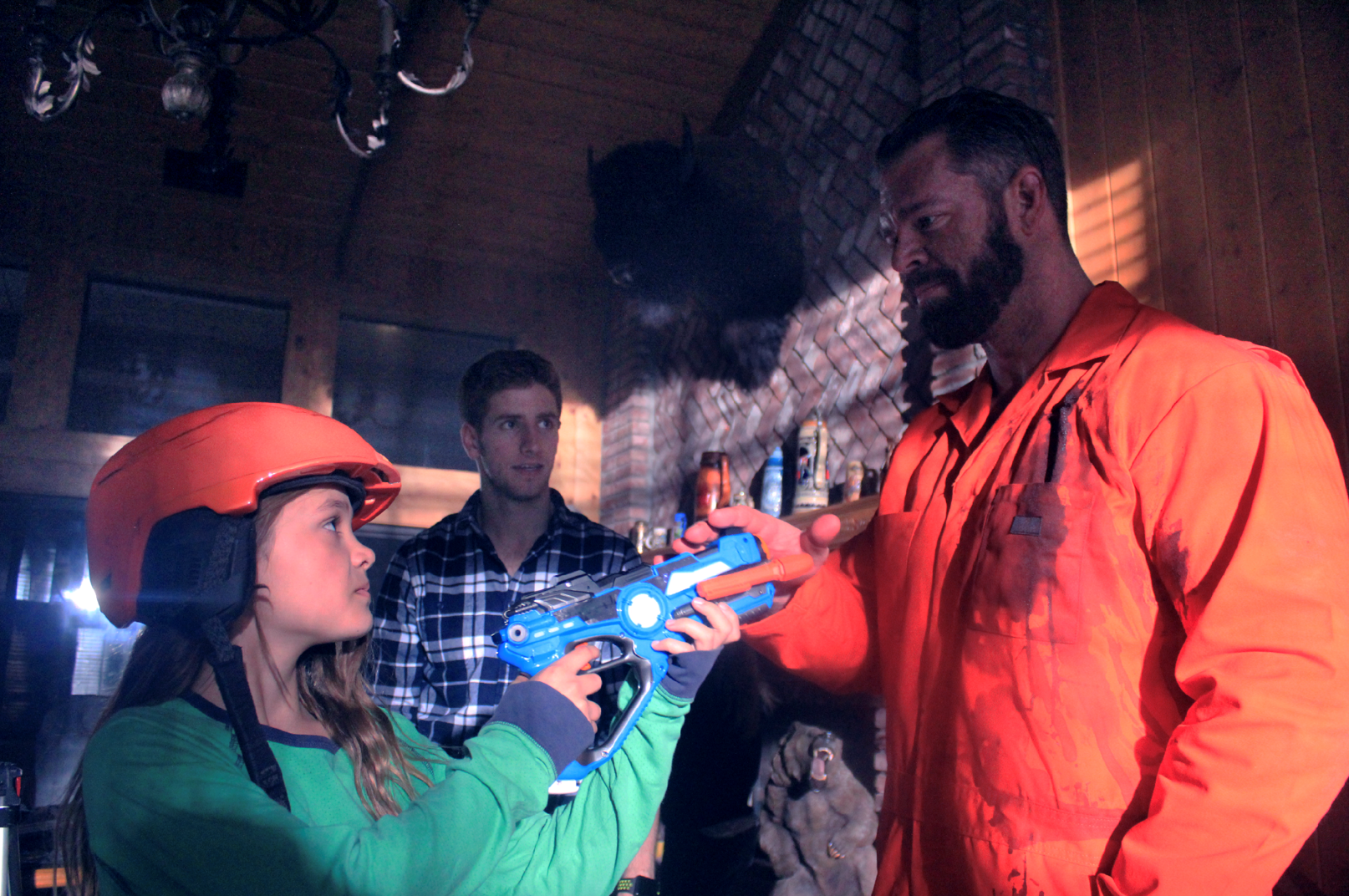 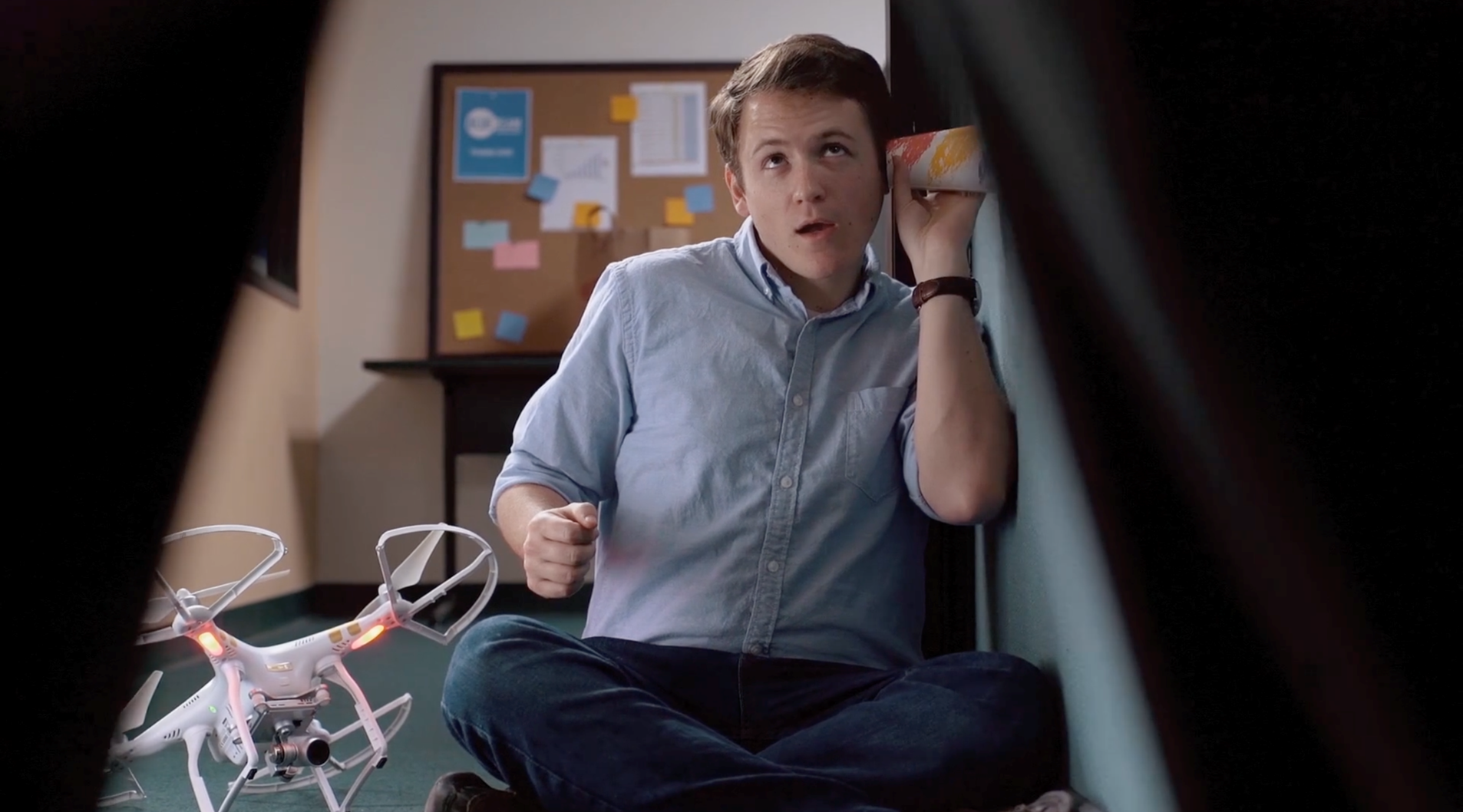 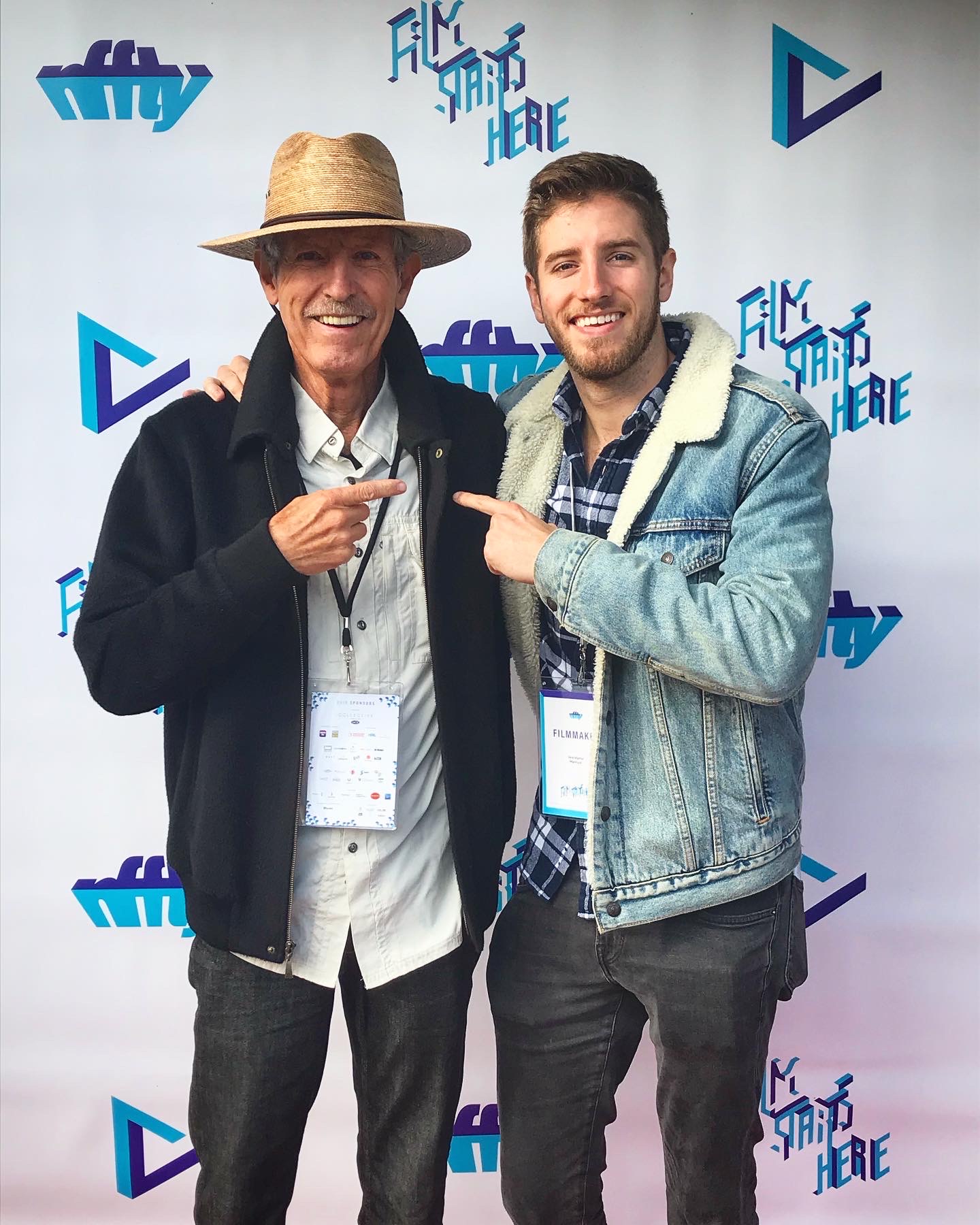