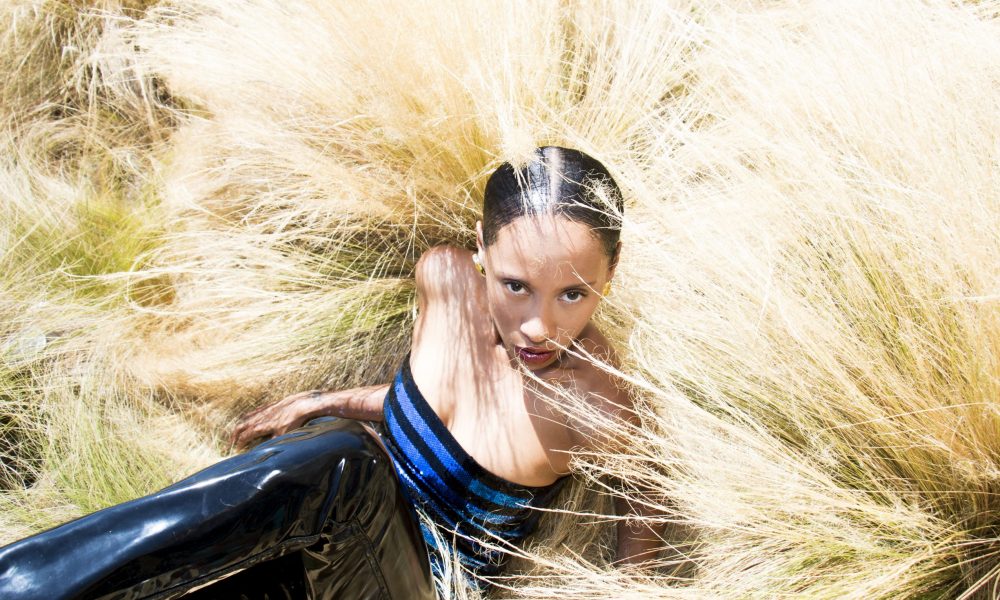 Today we’d like to introduce you to Jack Davey.

Jack, can you briefly walk us through your story – how you started and how you got to where you are today.
My journey as an artist started when I was a kid. I studied dance – classic ballet, pointe, jazz, tap, hip-hop, and African – then when I was nine I landed a spot in a girls’ singing group. We never released any music, but the learning experience was invaluable. As a young, signed recording artist I learned how to write and record, studio etiquette…this is pre-internet when big record label budgets flowed like water, so I practically grew up in a recording studio. The group disbanded when I was in high school, so I set my sights on filmmaking and writing screenplays. I enrolled at Sarah Lawrence College in New York and took all of the film history and production classes I could while minoring in African and African-American Literature and Creative Writing.

Music was still in my life – the internet music scene was just starting to bubble, so I spent most of my free time in New York City at Nuyorican Poets Cafe (slam poetry was my life-line back then), at The Wetlands for the Roots jam sessions, or in my dorm room scouring Napster for Dilla produced Slum Village demos. By the time my senior film thesis was in post-production I started writing some really interesting songs to beats on tape that a friend from high school would send in the mail fro LA. One of those beats turned into a song called, “Mr. Mister”, the first official release under our newly formed group name, J*DaVeY.

When I moved back to LA after college the underground music scene was just starting to simmer – Sa-Ra Creative Partners were bring Neo-Funkadelic vibes backed by a young Thundercat and Ty Dolla Sign so we joined the group for a few shows and started releasing more music on the internet and people really started to take notice. LA, a place that people like to pass off as having no culture now had a pulse. When we started making these weird little songs we never thought we would gain the attention that it did, but with the help of a Myspace Music page, we got a Fader feature and opening slots on tours with legends like The Roots, Erykah Badu, and Prince. The next decade was a wild ride through 7 indie releases, countless tours, photoshoots, mind-blowing encounters, failed record deals, and amazing opportunities all over the world.

In 2011 J*DaVeY embarked on another worldwide tour, but my personal life was leading me in a different direction. I was blessed with a baby boy that year, touring my entire pregnancy which was one of the hardest yet most enjoyable experiences ever. We sold out every show, my belly growing exponentially each city. It really showed me the depth of my own strength; I knew if I could make it through an entire tour while pregnant I would be able to handle any and everything motherhood threw my way. Post-baby I put the group on the back burner and started writing songs for other artists like Miguel and Danity Kane while landing an artist feature on A Tribe Called Quest’s comeback album. Just as J*DaVeY was starting to get back into the studio to record our final 2 EP’s I really started to dig into my hobby of DJing and I had the pleasure of not only rocking club gigs all over LA, but I landed big gigs with Beats by Dre at Coachella, Cuervo and the Rolling Stones for a bottle collaboration, and Black Girls Rock to name a few.

Once the group disbanded in 2016 I started exploring my own sound as a solo artist and redefining my long term goals in this industry. I knew that I wanted to be more than just a musician and DJ; I wanted to bring unknown cultures and art to new audiences, I wanted to travel more and experience new sounds and vibes, I wanted to connect with new artists and immerse myself in their methods. Exploration and inspiration became the driving force for my artistic expression. After releasing my self-produced single and music video, Undone, on Vogue.com it was clear that I was ready to stand on my own and captain my own creative ship. Currently the single is playing in Starbucks cafes worldwide. As a DJ I have launched my own monthly residency at The Friend Bar in Silverlake called MILF (My Inspiring Lady Friends), featuring an all-female DJ lineup and songs by female artists. My newest venture is as a host and curator of a new live music series featuring artists on the verge at WACO (Where Art Can Occur) Theater in North Hollywood with Ms. Tina Knowles and Richard Lawson. The four-part live music series commences on November 15. I’m also currently writing and producing songs to be featured in the upcoming Fox TV’s Fall show schedule.

As an artist I don’t do well with idle time, so wearing so many hats all at once and staying busy is always ideal. My biggest job of all, however, is being a mom so no matter what I always make time to take my little guy to school events, team practices, and no matter what I’m working on I always have time to make school lunches, to assist with homework, read and create storybooks, attend school events, sports practices, etc. We also get to travel the world together too – so far we’ve been to various US cities, Spain, Luxembourg, Paris, and soon London. There’s truly always enough time to do it all if you are willing to make some!

Overall, has it been relatively smooth? If not, what were some of the struggles along the way?
Nothing worth having comes easy. I’ve worked tirelessly to maintain and build my career, and it has been met with many challenges that I was always willing to face and conquer head-on. While in J*DaVeY we signed a major record deal at a time when our genre-bending sound was not as mainstream as it is now. We spent years locked into a deal that did not produce any results. Beyond that, as an artist, every day presents a unique set of challenges, but the will to persevere, to create and share art no matter the circumstances makes the struggles worth it.

We’d love to hear more about your work.
My company, Tripper Media Group, encompasses many different artistic mediums that are dear to me: Music, Film/TV Development, Events and Literary. I am not only a creator, but a curator as well, so my imprint is designed to cultivate new art with people I truly believe in. As a young company, I am proud to say that I produced a beautiful music video on a minimal budget that premiered on Vogue.com, and now I am expanding my brand by curating and hosting a live series that will serve as an outlet for young artists to showcase their talents to a new audience. My long history as an independent artist and cultural trailblazer set me apart, as well as my well-rounded experience behind the scenes as a student of the arts. I’m always reading and lusting to learn more so I can share it with others.

What is “success” or “successful” for you?
When I was younger I thought success was being a famous household name. Now I know that success is in the longevity and influence. Am I still able to find the joy in the work? Am I positively impacting the world? Am I getting it honest? Success to me is a more mindful, personal thing for me now. I’ve been in the business since I was a kid and I’m still able to excel and rise year to year. I actually feel like I’m just scratching the surface of my success, and that’s exciting. 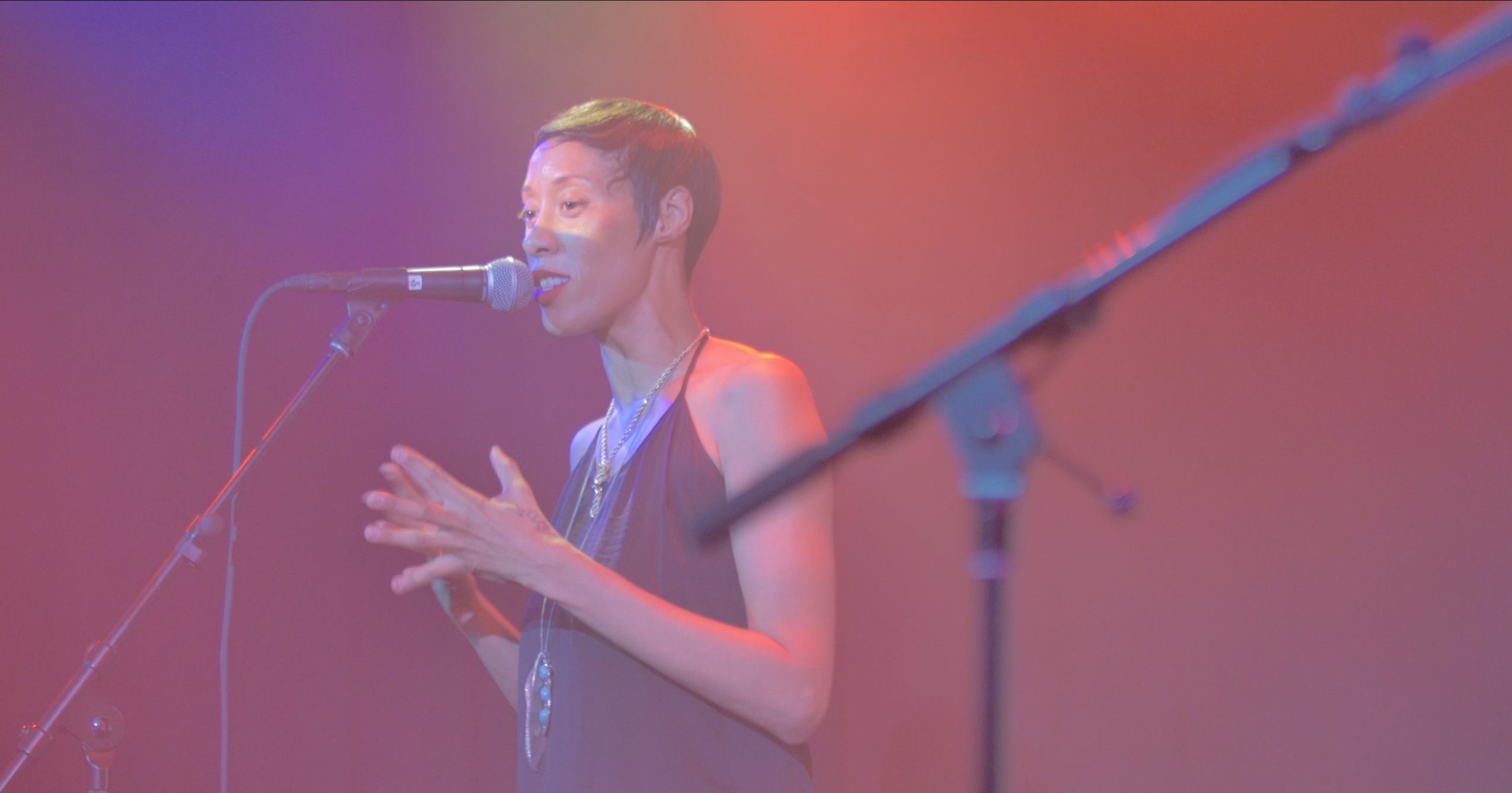 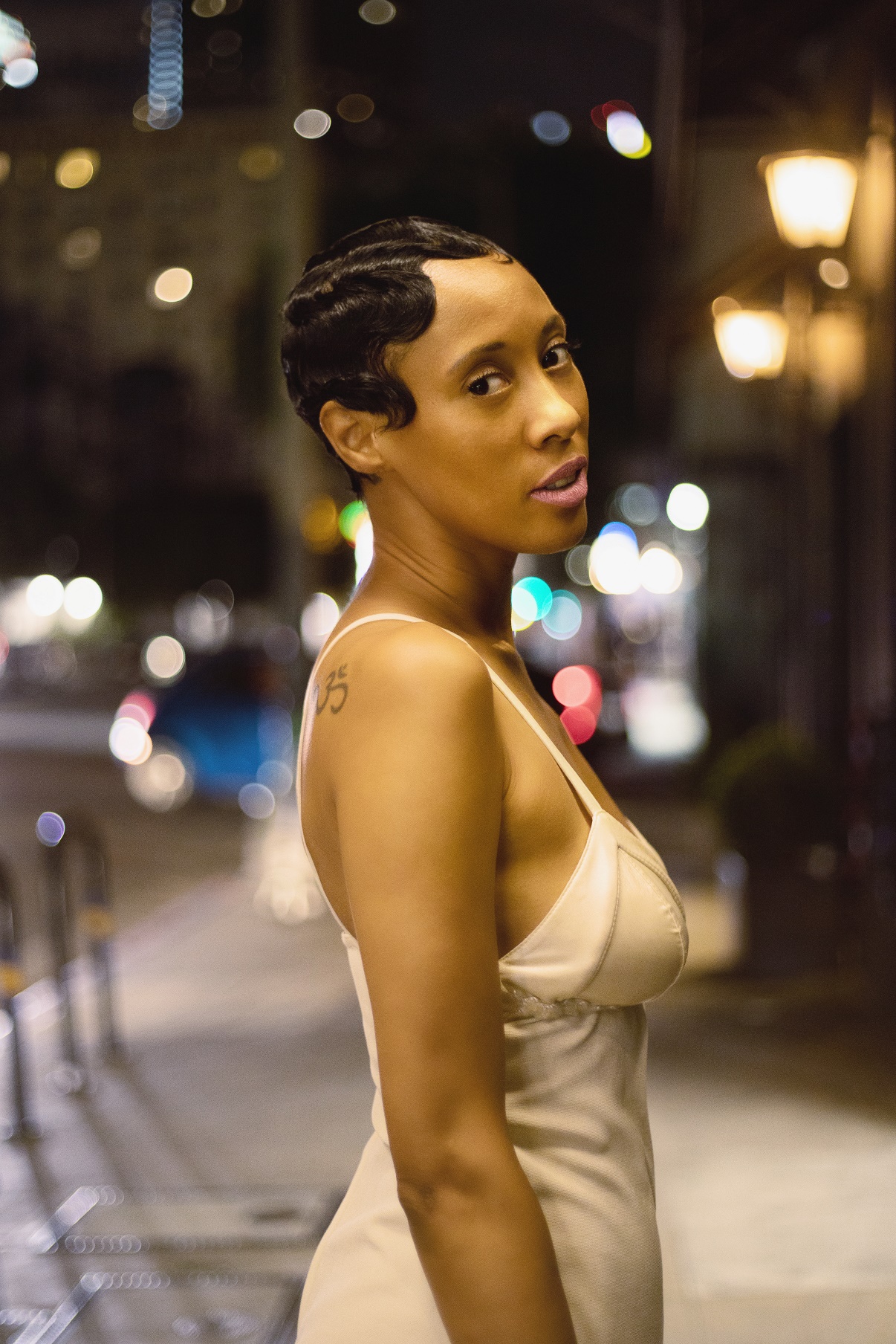 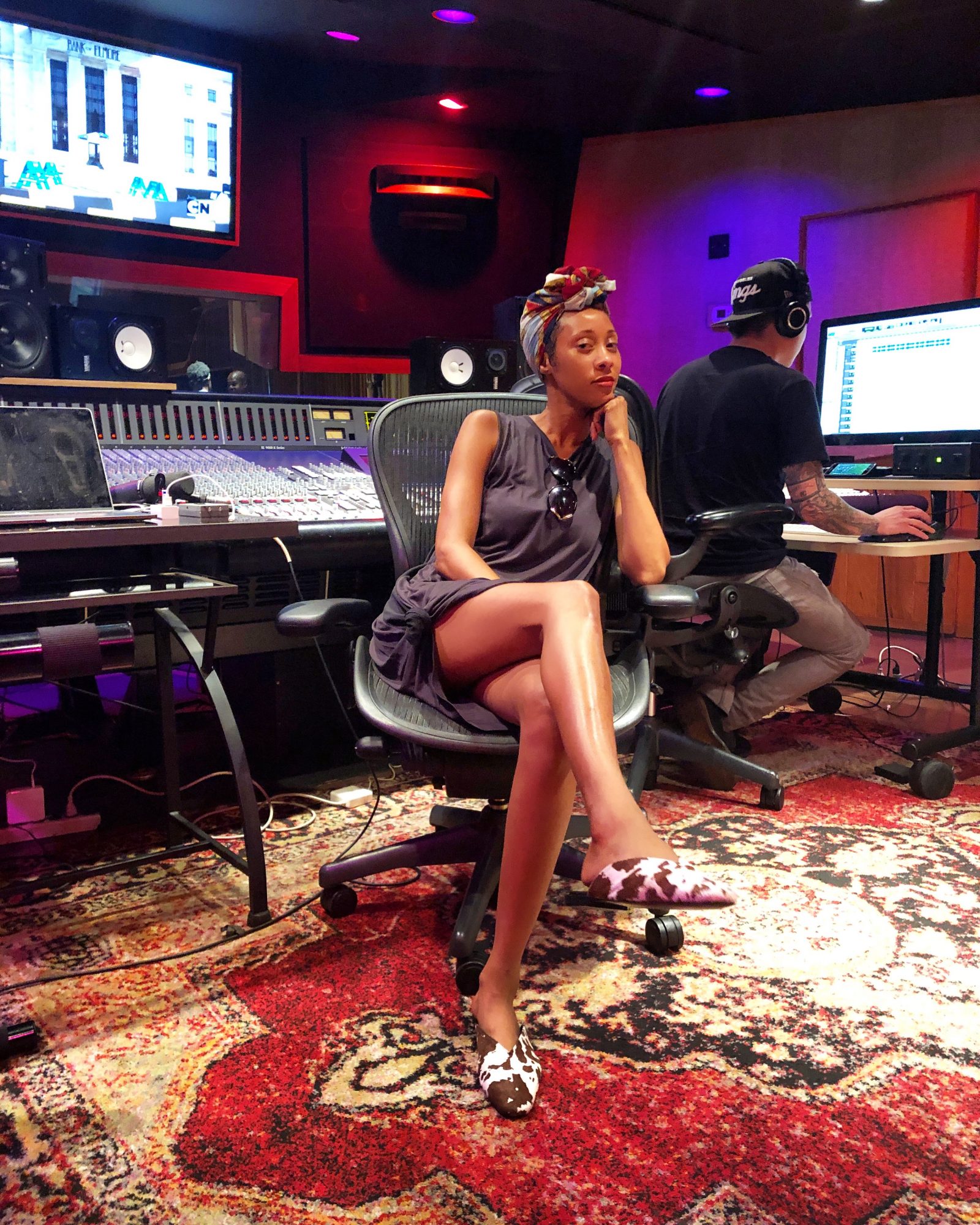 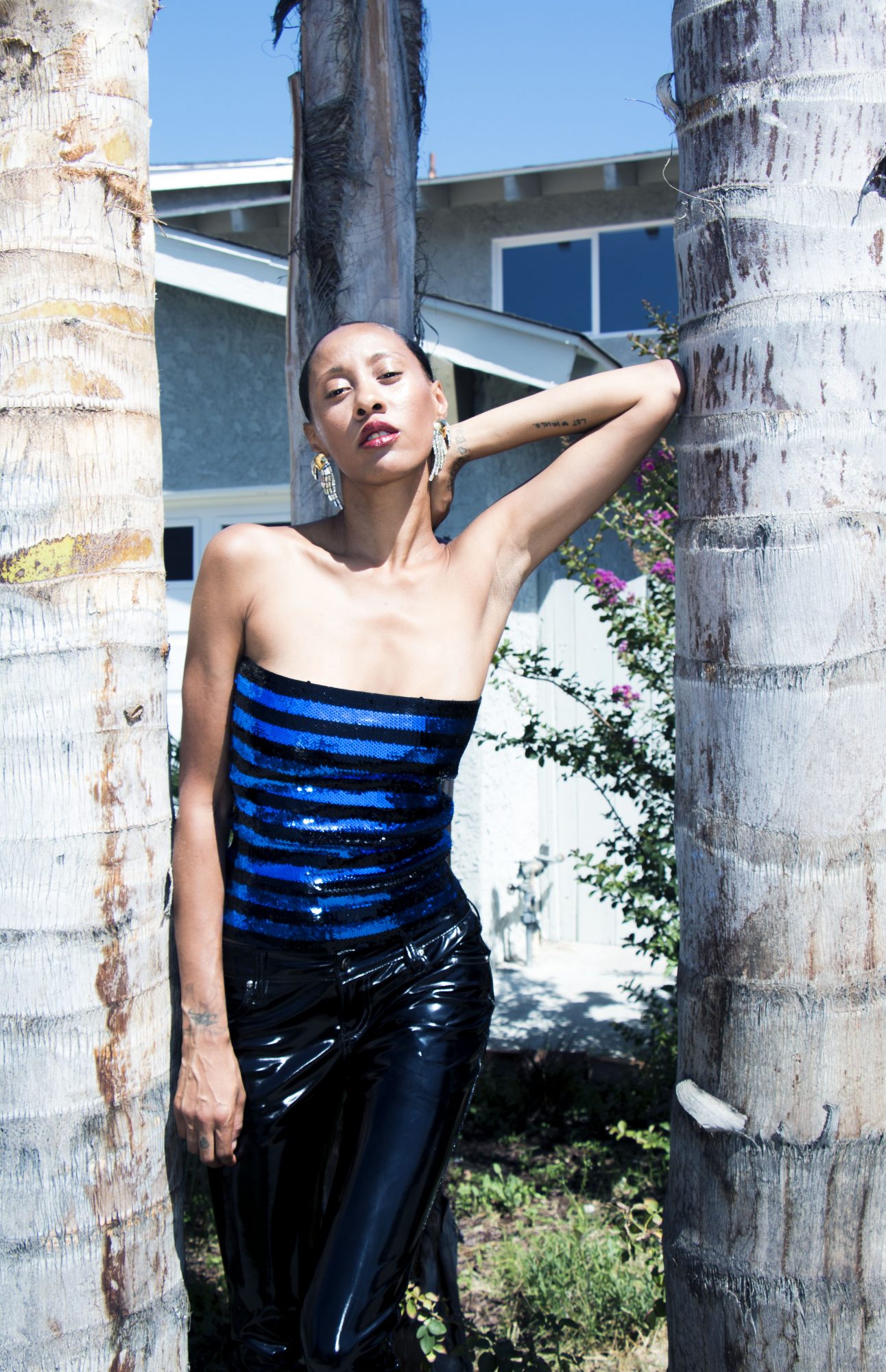 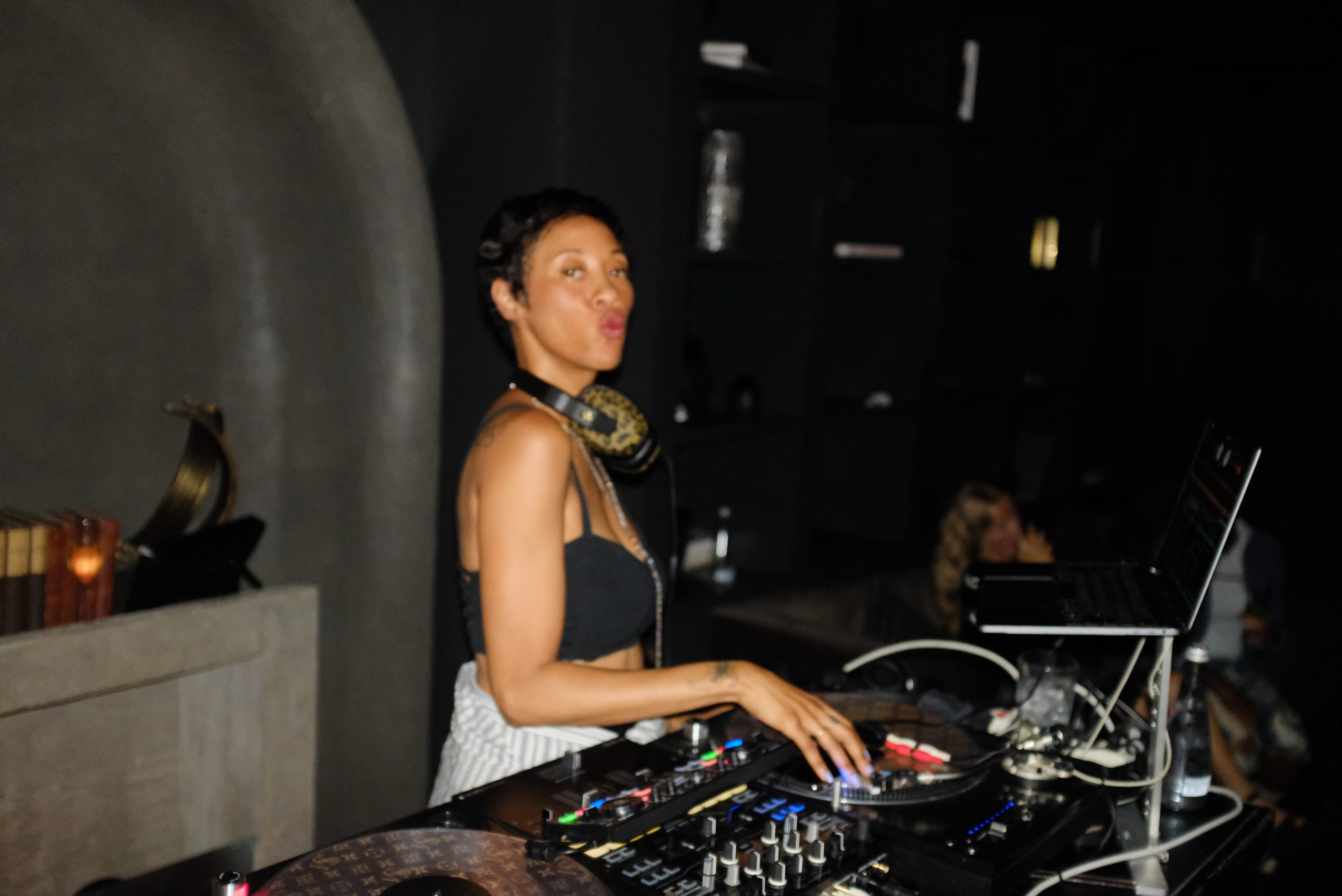