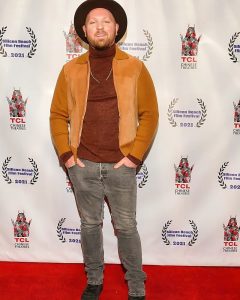 Hi J.Lyle, it’s an honor to have you on the platform. Thanks for taking the time to share your story with us – to start maybe you can share some of your backstory with our readers?
I’ve been acting since I was a kid. I grew up around creatives. Back in the late 80s, early 90s my mom wanted to find a way to help contribute to the bills. She got my siblings and me into the industry. I’m the youngest of four, so I had the least amount of experience and exposure at the time. It’s ironic that I was the one most drawn to the arts and performance. My dad got a new job, so we had to move. I moved all over as a kid. From Texas, Utah, California, to Arizona. Arizona was home for most of my life. My mom tried to feed that need through local theater, school musicals, show choir, academic decathlon, etc., but it didn’t quite fill me up.

When I was 22, I was living with my roommate at the time and decided I had to put all my energy into this career or I would regret it. I attended some arts schools in Arizona, camera technique classes, and a two-year Meisner intensive. I had successes in Arizona working my way up. I was one of three faces for corporate University of Phoenix for a number of years. I was signed with my agent, but Arizona only has so much to offer.

After many, many years of hard work, I moved to Los Angeles. I hit the ground running. Invested in tools that only enhanced my career. Trusted the friends that I saw have success. Taking classes at Upright Citizen’s Brigade; Killian’s Commercial Class; ACE Studios; Margie Haber’s classes; Actor’s Comedy Studio; Walsh Voice Over Coaching; CD Workshops with Jamie Castro, Lisa Zambetti, Danielle Eskinazi and more. The list goes on and on. I booked my first national commercial for The UK Lottery “Camelot Scratchers” less than a year in and got a Manager Scott Vandiver with Spotlight Management. Quickly after that they helped me get a Commercial Agent Hugh Leon with Coast to Coast Talent Group.

I’ve been in Los Angeles around five years now. I have booked more Commercials with Quest Nutrition, OmniPod and Ring Home Securities Systems, etc. I have worked on TV shows, sketches and features like Westworld, a comedic adaptation of Game of Thrones called “For The Throne,” and most recently a feature film saturating just about every film festival called Samland, directed by Juan Pablo Reyes. I attended their Silicon Beach Film Fest screening this last week at the TCL Chinese Theater.

When I’m not auditioning, which is often, I am hustling in some way. I create mostly comedic content through a sketch group collaborating with one or more actors, which is called “Exactly Arbitrary”. I create a lot of content. I stay active and busy. I love working with others and creating something. There is something so rewarding about the journey and showcasing art in some way. I also cut reels and edit. If an actor needs footage from a TV show, commercial, film, online ad, etc., I can usually retrieve it for them. I am affordable, professional and love helping people. I also do self-tape services. My service is called ReelsByJLyle. For beginning actors, I do consultation work as well. I’m in a good place in my life and career. My ultimate goal is to be a series regular and build a positive name and reputation for myself, to have a career I can make a living at and have opportunities arise as well as helping other creatives succeed along the way. I know it’s cheesy or cliché, but it’s true.

I’m sure you wouldn’t say it’s been obstacle free, but so far would you say the journey have been a fairly smooth road?
I don’t think the life of an actor / artist / creative is easy or smooth for anyone in particular—unless you have money, influence or maybe benefit from nepotism. But getting in the room only means so much when you have to back it up with talent and experience. I will admit over the years, I have learned there are four major parts to the industry and they are all affected by one’s attitude. The first is your talent as an actor, the next is your effectiveness with marketing / technology / knowing your brand or essence, third is ability to not only survive in LA/NY, etc. but to have quality of life and be available, and lastly, the people who know you.

Booking the room is just as important as booking the job. And most recently, I’m letting it sink in that doing the job is even more important than booking the job. The desperation to book goes away. You become more balanced. More confident in who you are, what you bring, what you can and can’t do. Which as an actor, you feel like you have to do everything. That isn’t the case. You really can’t. I’d rather be excellent at three things than mediocre at a dozen.

Hahaha, I guess my point is I have struggled. I have auditioned hundreds of times. Too many callbacks to count. Being pinned or on avail only to be released. A lot of it is a numbers game or timing or one’s look, or wearing the right thing(s), or casting feeling a certain way. There’s a myriad of reasons that can affect the outcome of an audition.

There have been times I have been broke. Times I juggled 3-5 jobs while racing to Santa Monica only to not find parking while an audition went three hours over schedule to then head back to the Valley in bumper to bumper traffic, which in turn made me late. The pandemic was in and of itself another barrier or obstacle to deal with. Luckily, I’m handy with technology. And I tried my best to direct those creative juices into content I created on my own or with a small pod.

I’m grateful for all these challenges. I appreciate the wins more. I feel happy with peers and strangers’ successes. I can’t say I wouldn’t have liked to book the things I see on TV or elsewhere that I have auditioned for. But I am appreciative I had the chance regardless. If it would have been a walk in the park, I’m not sure it would have grounded me as much as it has. I’ve been doing this well over a decade. My mantra is “If you work hard enough and smart enough for long enough, it will pay off”.

Thanks – so what else should our readers know about your work and what you’re currently focused on?
Well, I’m a dreamer but also a silly guy. I am motivated by fun. But also a professional and sometimes lean too hard on perfectionism (working on that). I’m a big guy too. I’m 6’2″ and 220 lbs with a beard and Viking undercut, which can come across intimidating, I guess? But I’m just a loveable cub. I care deeply about people, relationships, narrative and art. I consider myself an actor and voice artist. I love helping people and seeing them succeed. If I have any positive impact or influence, it means all the world. I spent a lot of time working on dramas in Arizona. I did some comedy but not enough. So when I came to LA, I wanted to build that part of my career. I love comedy. I love making people laugh. I write. I have produced out of necessity. Not my forte. I love collaboration. That’s why I created Exactly Arbitrary & ReelsByJLyle. I want to continue to make content, sketches, shorts, etc. I also get filled up by knowing a friend was in a soap and can’t find their footage anywhere and they come to me and I am able to help retrieve their scene. It’s super validating. I’m known for a lot of things. My face was plastered all over the United Kingdom when I booked my national lottery commercial there. You can see me dancing and indulging in a cookie for Quest Nutrition or having lunch with my best friend in an Omnipod commercial or trying to rob a house in a Ring Home Security commercial. Not going to lie, there are times I feel like a “professional auditioner” more than anything. But I’ve been in this business long enough to know who I am, believe in my strengths and keep chasing my dreams.

What were you like growing up?
I was an introspective and goofy kid. I loved making friends. Always rooted for the underdog. Hated bullies. Would always say something to them if they talked unkind to someone smaller or defenseless. I wore my heart on my sleeve, probably still do to some extent. Devoured cinema in any format I could. Loved mimicking voices and practicing characters. I think that’s why I did so well when I got a literary agent in Arizona doing narration for Audible & iTunes. As kids, my sister and I wanted to be on Star Search, and my parents would tape us and tell us they would send it in but then just make copies for our grandparents. They love us but never really took that career seriously or the odds of success, I guess. It’s been a challenge with that but over the years, they are starting to come around. I tended to be a jokester or talkative in class. One year in my school yearbook I was voted “Biggest Flirt”, not sure how much of a compliment that is. I used to make home movies with my cousin and sister. We were usually some sort of Terminator / Rambo-type character with an EX-Military or FBI background. Because an 11-year-old in a tank top with sunglasses and a CIA hat tumbling around with homemade cardboard guns and powdered sugar cocaine was more than believable  My grandma and sister were cast as “the babes” and my uncle and dad were “the bad guys.” We had fun.

I loved Ridley Scott’s Gladiator (2000). I watched it over and over. At 15 years old, I wanted to be Maximus Decimus Meridius. I named my full-bred boxer pup “Maximus”. I thought “this is what I want to do the rest of my life.” I was committed to the arts. I tried piano, guitar, trombone, basketball, volleyball. Those were all things I did. I liked. But I didn’t envelope myself into them like I did acting. I took theater classes in school. I read books. Listened to some on tape and eventually through audible. I always gravitated to acting and would write about it in my journal at 9–10 years old. 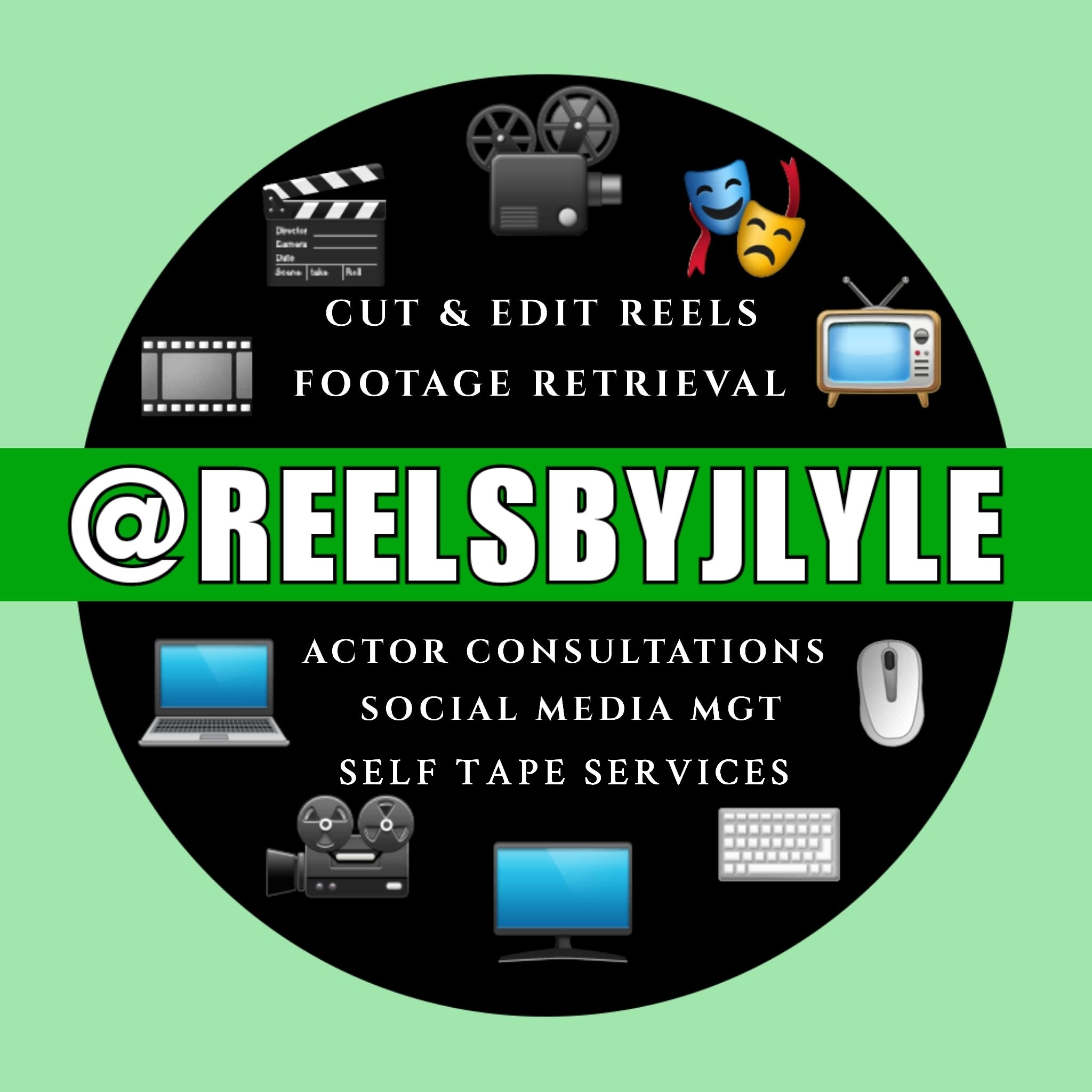 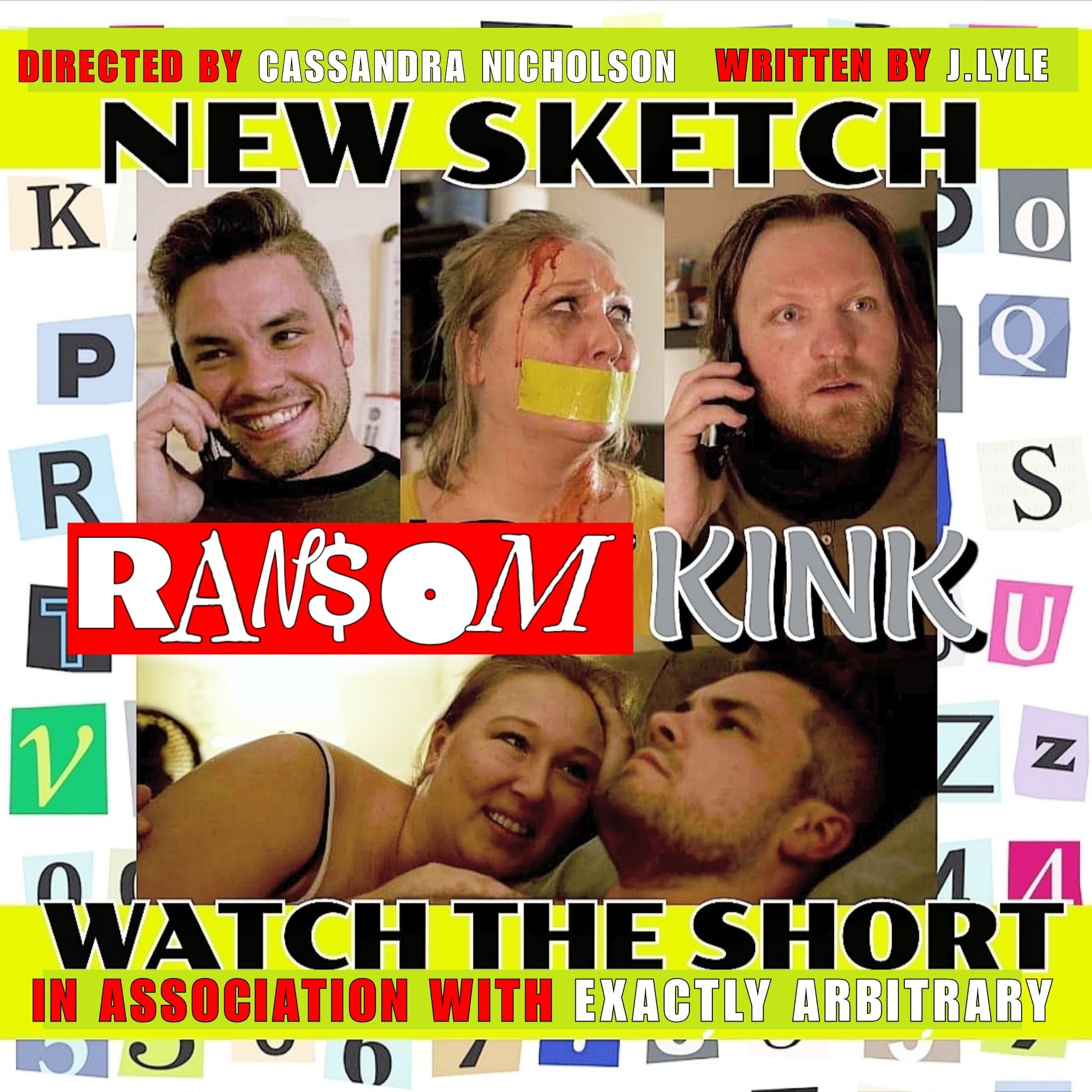 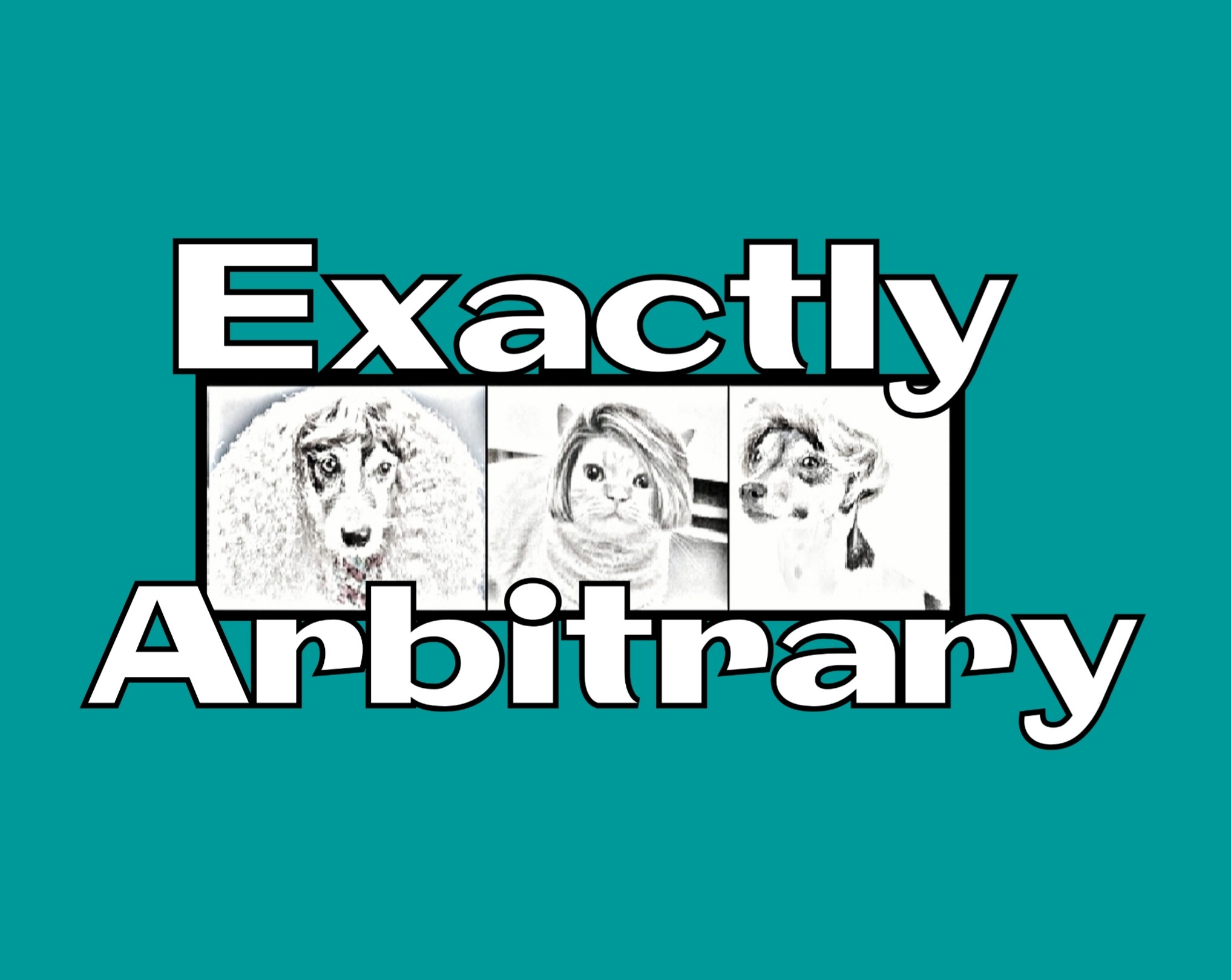 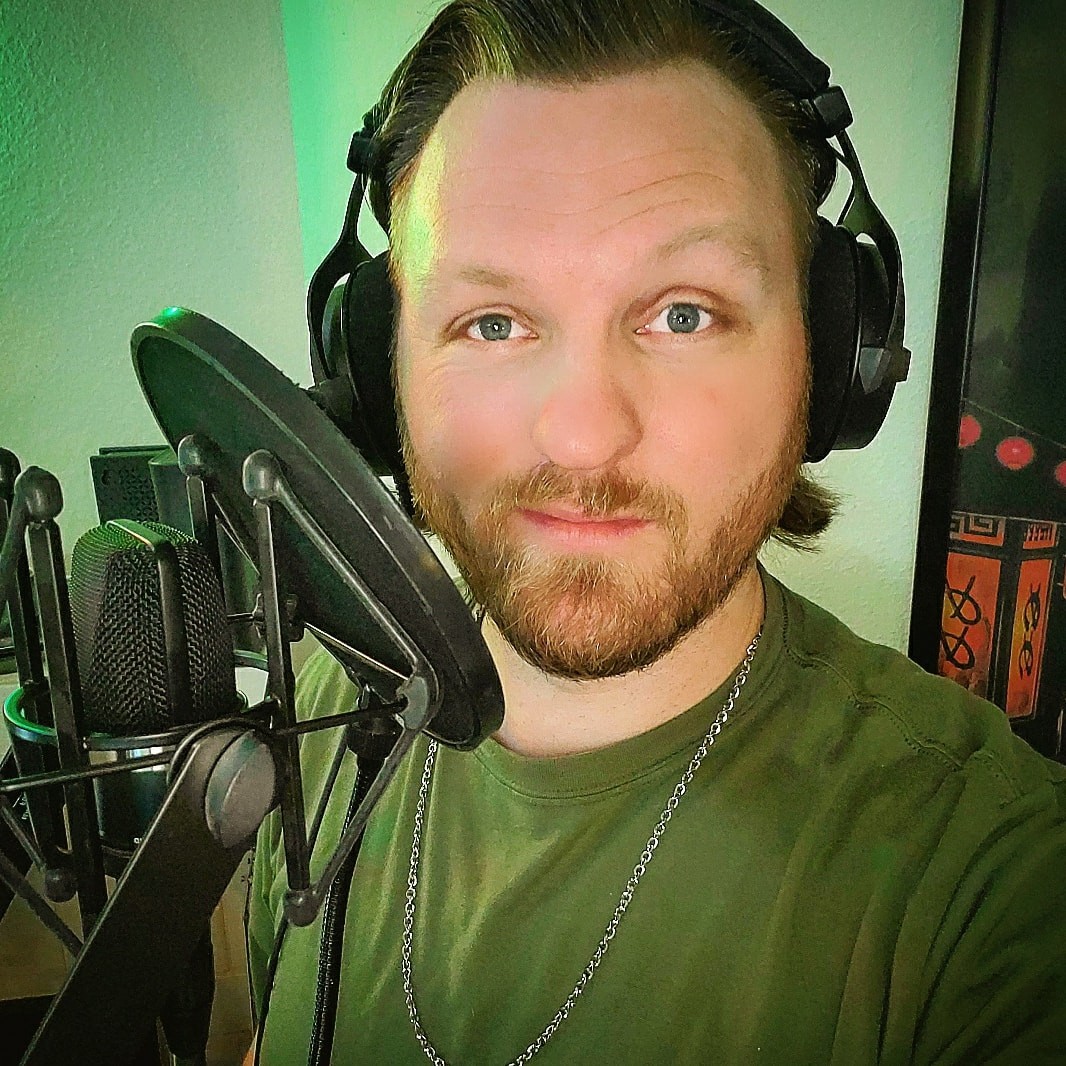 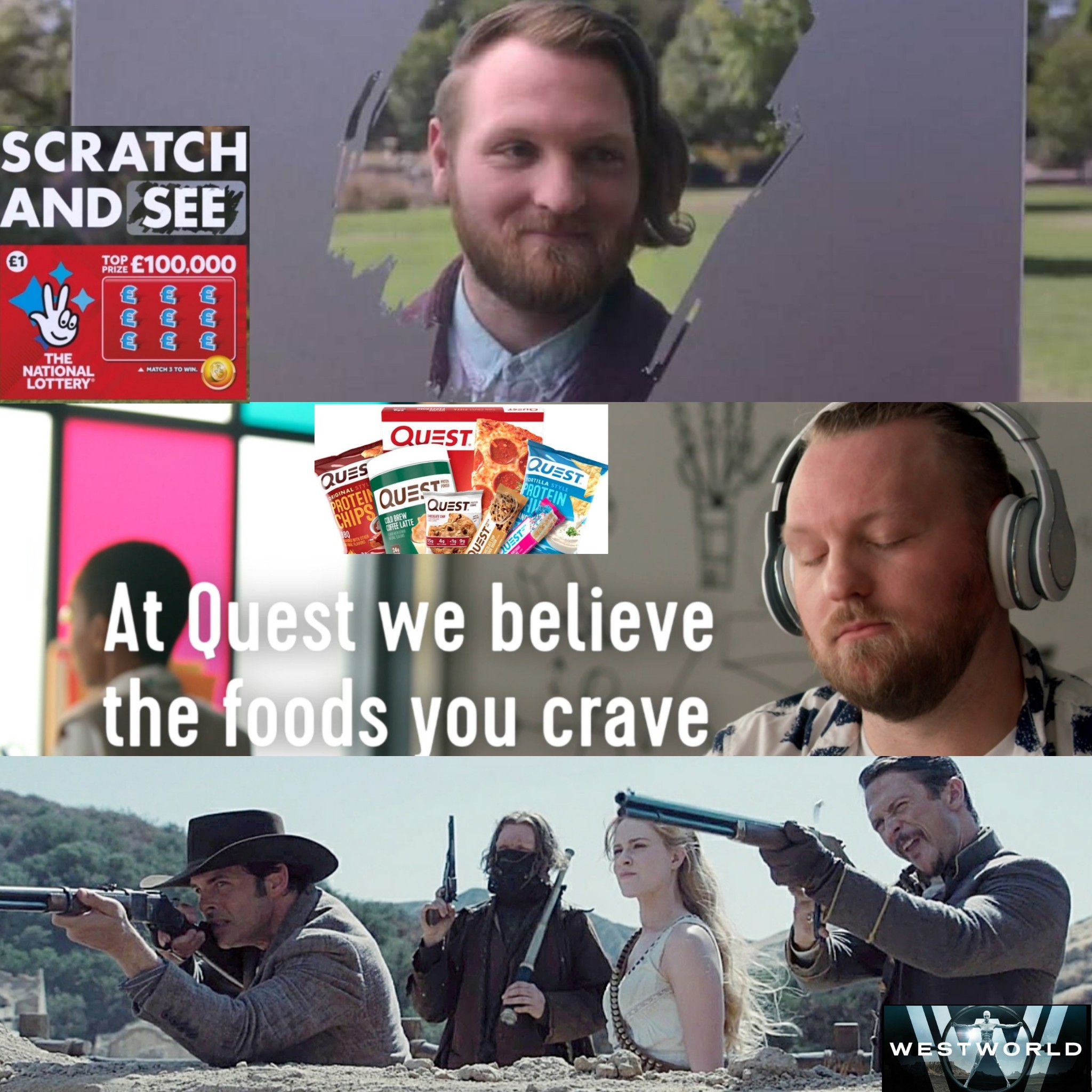 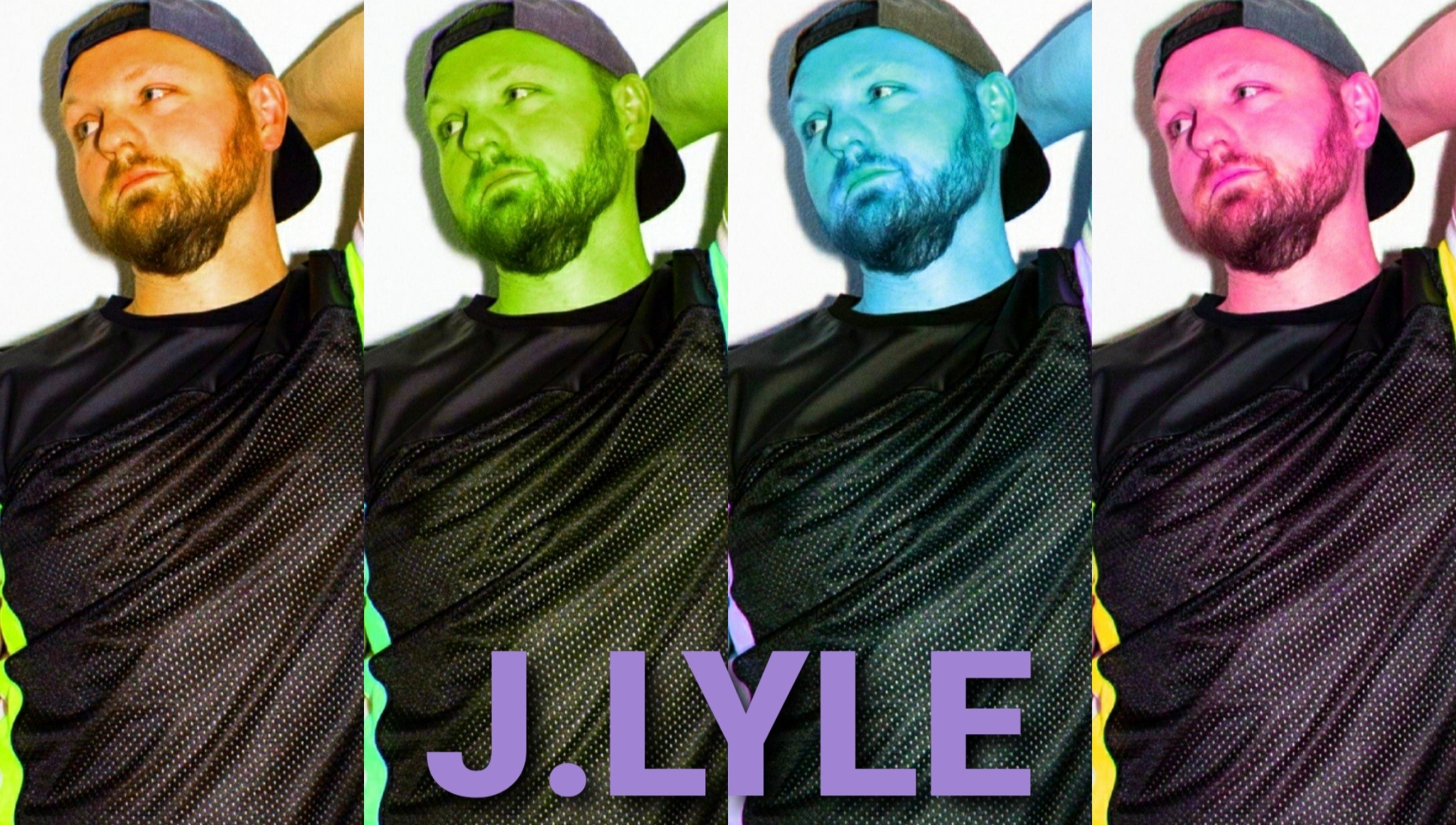 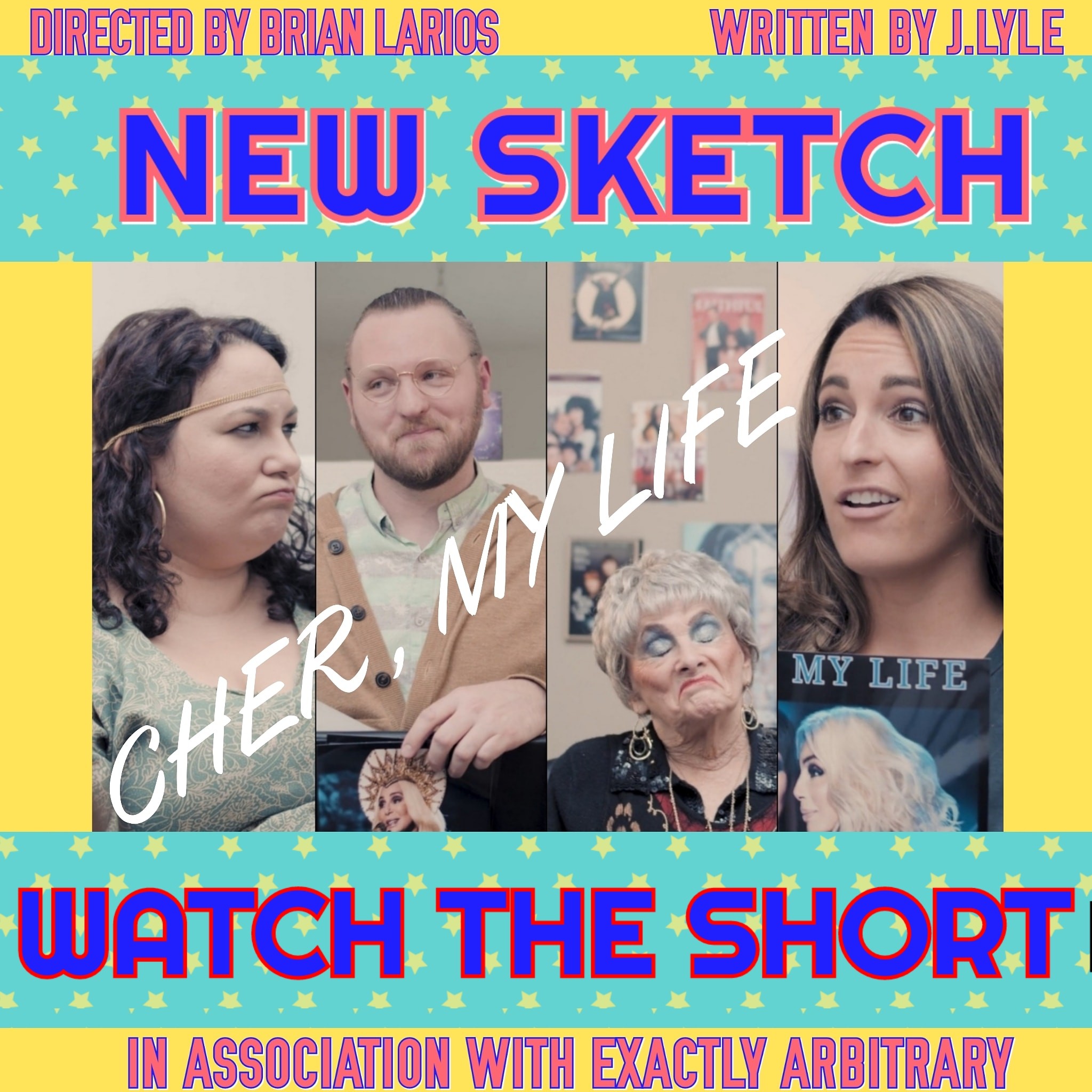 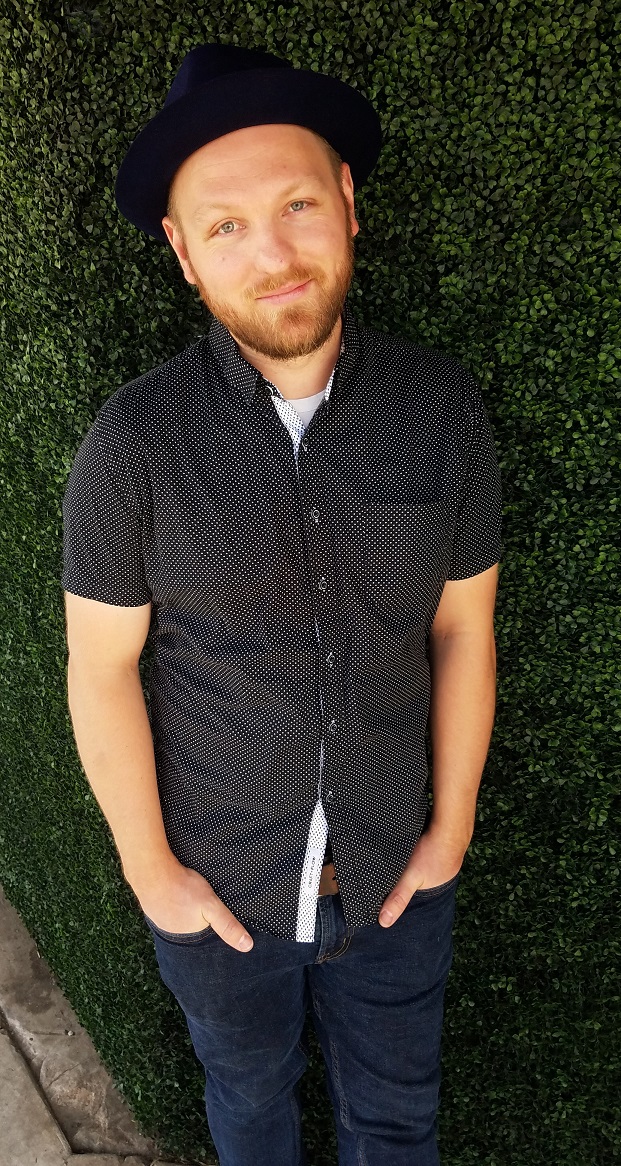