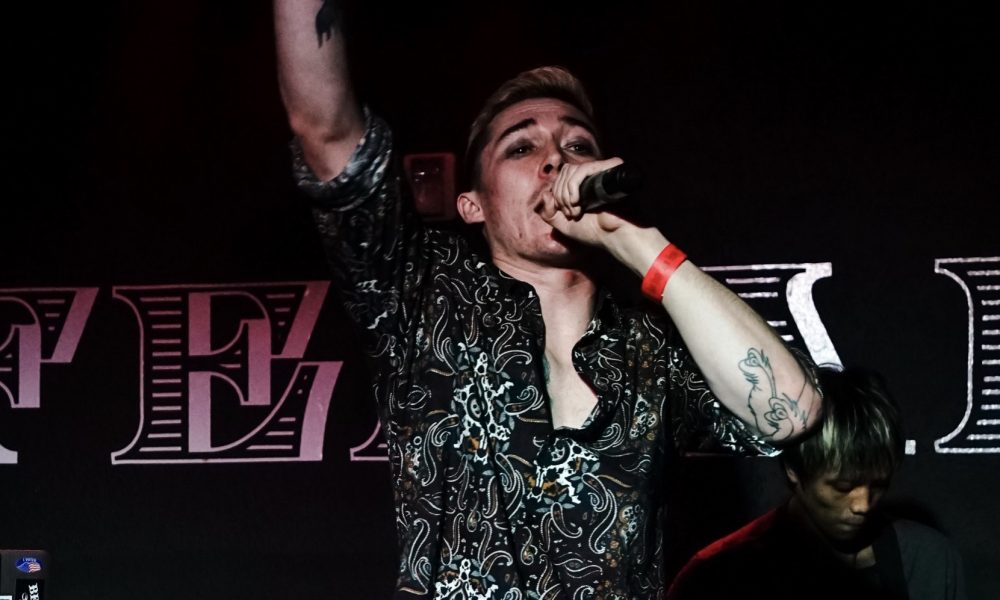 Today we’d like to introduce you to J. Loree.

J., before we jump into specific questions about your work, why don’t you give us some details about you and your story.
Since the age of ten, I have been writing song lyrics and experimenting with production and audio engineering. For the bulk of my career, it has been predominantly rap, but as I’ve grown as a person and artist I’ve returned to my roots (I played violin and trumpet as a child) and dived back into more traditional music training, in the form of learning guitar. Both of my biological parents were competitive ballroom dancers and studio owners, including my stepdad, whose studio included a storage room I turned into my bedroom for a period of time in elementary school. Having grown up around all types of music, I am now trying to incorporate these influences from other genres (rock, blues, jazz, Motown, electronic, etc.) and create a sound that is uniquely my own.

Starting in my teenage years, I struggled with severe identity and mental health issues. These mainly stemmed from turmoil and trauma within the family and social circles at school. Eventually getting the best of me for several years, I got into trouble at school, with the law and led myself down some pretty self-destructive paths. Along with other outlets such as martial arts, music was my main sanctuary and the primary reason I am doing as well as I am today. I spent my high school years writing, recording and releasing my own music and videos. I built up my name around the local area via rap battles, lunchtime/rally performances, and passing out CDs to each and every person who was willing to give me a minute of their time. Post-graduation, I did my first out-of-town show in Oakland, opening for Joe Budden, and have been on and off the road since.

Other major artists, I’ve opened for include Chris Webby, Caskey, Wax and Mac Lethal. I’ve performed in countless cities throughout California and even made my way to a small festival in Las Vegas last summer. From sneaking my under aged eager self into nightclubs and performing in garages, warehouses, music halls, milk tea shops, a sold-out dessert parlor, outdoor makeshift stages, on the top of cars – after speaking to middle schoolers at their Career Day – and even a private wedding for my boss atop the Malibu Hills, I’ve taken whatever opportunity I can get. I have worked back-breaking jobs for hours on end just to invest my entire paycheck into my craft. Even though I’m finally starting to recoup some of that money, it will be a long while before I break even. I’m perfectly ok with that. I do this because I love it. I give the same energy whether I’m performing for two people or two hundred, because I know there’s always the potential to really connect with someone who has gone through tribulations similar to the ones I speak about in my songs.

Earlier this year I won Best Hip-Hop Song in the Hollywood Songwriting Contest, but accolades like that will never be nearly as rewarding as hearing someone say my music has helped them through their own issues. I know what it’s like to have nothing but yourself and your headphones, where it’s only those certain artists who can get you through the day, and it’s been my mission from day one to be on the other side of that equation. There are tons of people with hidden potential who might just need that one song to help them persevere and eventually make their impact on the world. Currently, I’m releasing a slew of singles for my next project, Psychodelic. It details a lot of the recent issues in my life, the growth they led me to and the means I used to overcome them. As the title suggests, psychedelic substances have played a large part in that growth.

Seeing as they are finally gaining some legal ground with the recent decriminalization of psilocybin (“magic” mushrooms) in some areas, I aim to educate people about their benefits and tear down the stigma that some might attach to them. They are not to be categorized with other destructive and pleasure-driven drugs. Their usage dates back to early human existence and, when treated with the proper respect, can be very powerful healing tools. However, this is still only a fraction of the subject matter on my album. I am a versatile artist with something for everyone. Throughout my catalogue, you can find motivational music, party music, chill road-trip songs, self-love anthems, catchy radio hits, and like I spoke about, dark material to relate to when you’re down in the dumps. I pride myself in being able to do all of this while maintaining a strong sense of lyrical prowess and the same level of technicality that initially attracted me to rap via artists like Nas, Eminem, Jay-Z, and the likes. You can find my music on all major streaming platforms.

Overall, has it been relatively smooth? If not, what were some of the struggles along the way?
Nothing worth having comes easy. Of course, there have been the classic struggles than anyone aspiring to take the unconventional road will face. People laughed in my face when they heard I was trying to rap. Even lots of the people who did the give the music a chance didn’t think it would go anywhere but this only added fuel to my fire.

When you’ve grown up experiencing the things I have in my own home and city, you build a strong pain tolerance. Depression and other crippling mental issues have haunted me far worse than the opinions of others ever could. I still face typical entrepreneurial issues such as finding ways to finance my investments and trying to stand out in an over-saturated market, but when I set my mind to something, it happens. I’ve been perfecting my craft for over ten years, and it might take me another ten, but I have no doubt in my ability to eventually get where I want to be.

We’d love to hear more about your work.
I’m an independent artist. I write, record and engineer my own music, videos, sell merch, perform, and even gone back to speak to kids at my old school about career opportunities relating to my field. I’m mostly known for my lyricism and relatable content, as well as my live show. This, along with my experimental sound and incorporation of other genres on and off stage, is what sets me apart from the others in my field. I’m most proud of my ability to help others while doing what I love.

I’m succeeding every day as long as I’m continuing to progress and work on my craft. This doesn’t mean that I’m satisfied with where I am; I still have a long way to go and I won’t stop for any reason. I’m just saying that if it all came crashing down tomorrow, I would look at back at my career with nothing but gratitude. I thank myself everyday for taking the leap of faith and persevering through all of the ups and downs. 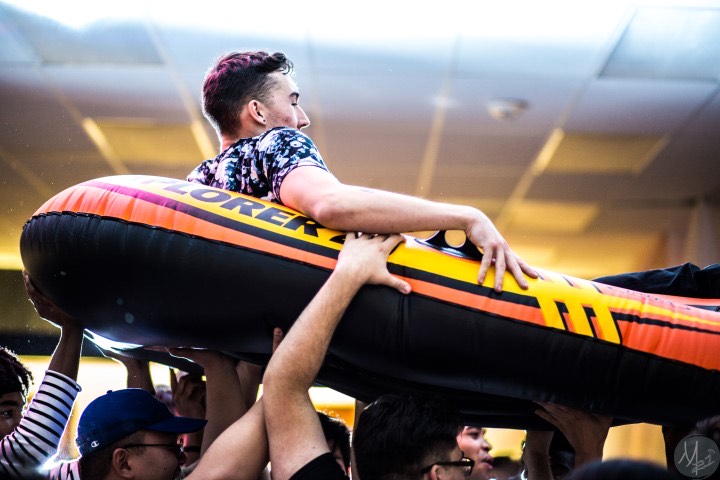 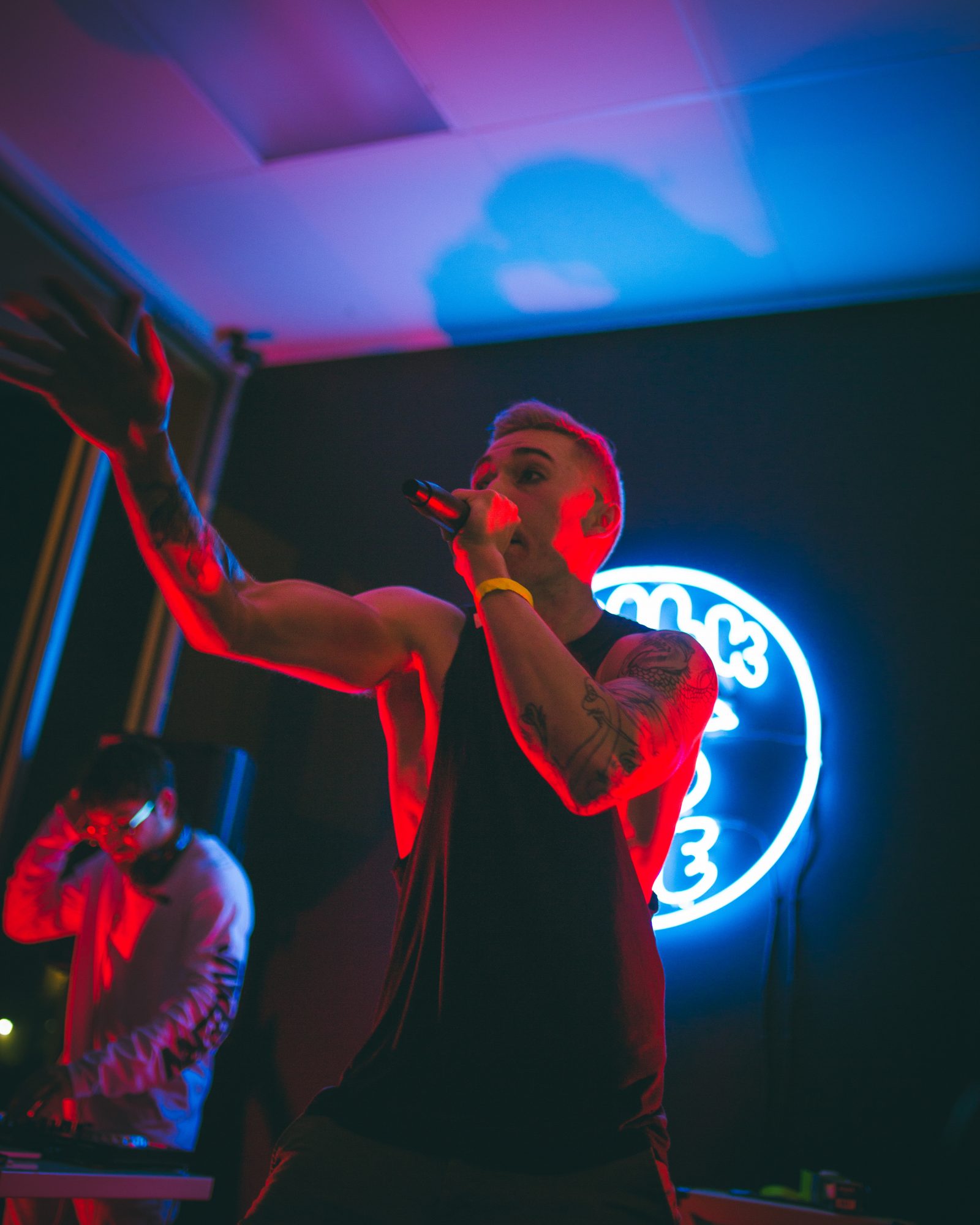 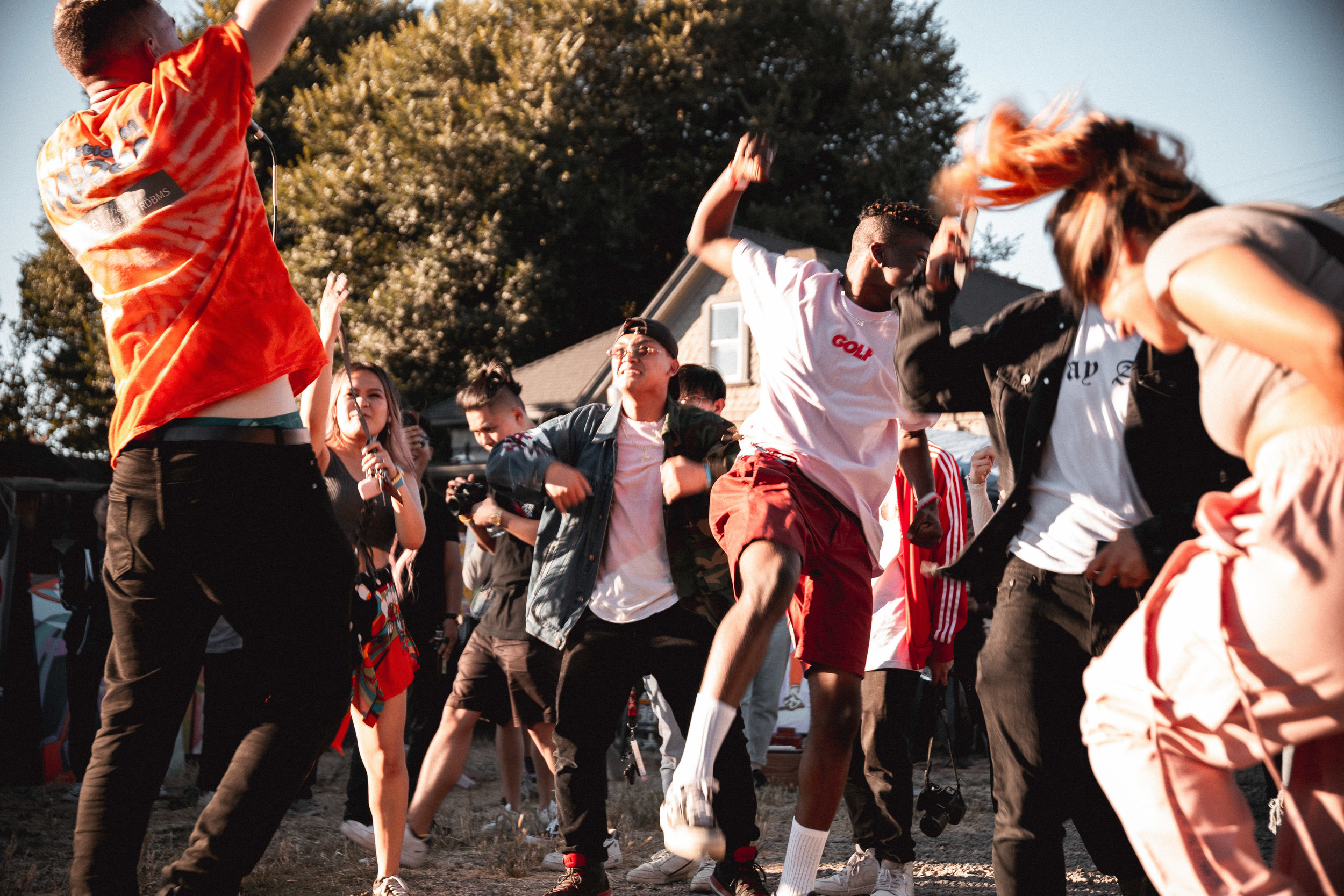