Meet J-Hotz of Tha Block is Hotz in Antelope Valley 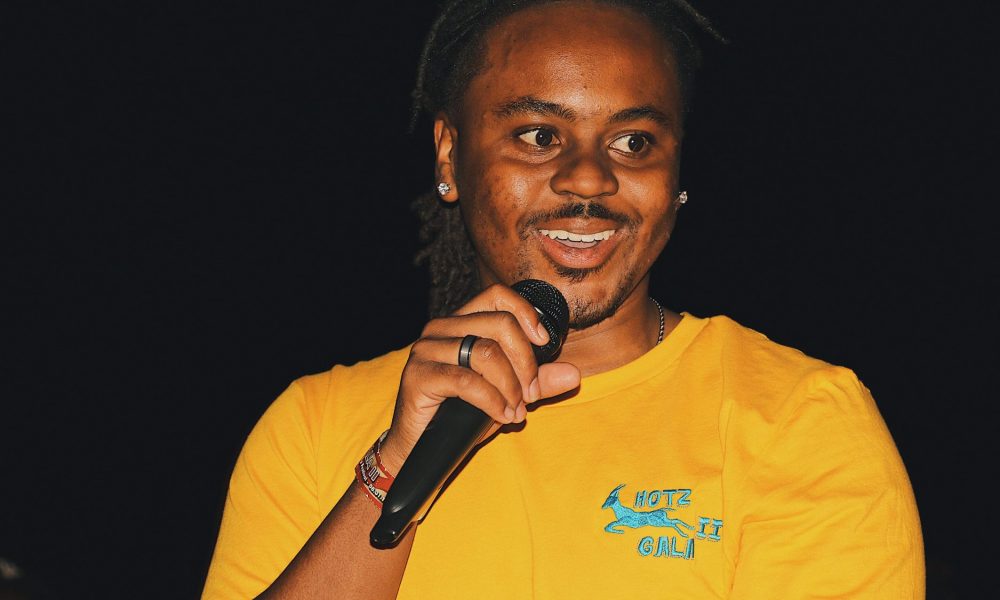 J-Hotz, let’s start with your story. We’d love to hear how you got started and how the journey has been so far.
It all started in the Antelope Valley, a relatively little-known community in Northern Los Angeles County. Though I was born in Glendale, I was raised in the AV and that is the place where I developed a love and appreciation for music, artistry, and creativity. To be frank — there’s not much to do in the Antelope Valley. And what exactly is one to do when there aren’t many extracurriculars? Create. And create is what I just did. Before I spent a majority of my creative prowess dedicated towards making music, I used to direct, film, and edit funny skits for my Youtube channel. Had I not started rapping, I might still be following my first dream of becoming a comedian. To make a long story short, after garnering over 2,000 subscribers on Youtube, my camera broke which meant I had to fill the content void to make sure my subscribers stayed with me. It is that broken 2009 Canon Powershot Camera that is responsible for my career as a rap artist. In order to keep the content coming for my subscribers, I uploaded my first freestyle rap, aptly titled “My First rap-Ransom Remix.” Equipped with my guitar hero microphone, Audacity, and the instrumental to Drake’s Ransom, the rest is history!

Fast-forwarding a few years from seventh grade to my Junior year of high school, I recorded a track titled “Spring Break.” With a rip of Glasses Malone’s That Good instrumental and a catchy hook, I was able to gain attention and support from the people of my community. Seeing how well received that song was only further motivated me to continue my career as a rap artist. And that’s what’s led up to me being a producer, rapper, and organizer of the Antelope Valley’s Premeir Rap Festival.

The year was 2015, I had just finished writing a majority of the songs for my debut album, MEDITATIONS. A hefty majority of these songs were produced by my good brother DB$, rest in peace. I hit up DB$ to record these songs at his in-home studio. He had been giving me the runaround, but eventually we got together and scheduled a day to record. I worked like an animal and we were able to finish the recording for my album all in one day. With the recording done, DB$ tells me he’ll start mixing the songs and get a finished product to me soon. Eventually, time goes by and he sends me nothing. I keep pressing him and pressing him until one day I wake up with a .zip folder of all my songs we had recorded at his house that day. Much to my surprise, all but one of the tracks remained unmixed, unmastered, and unworthy of being uploaded as my debut album.

I’m still thankful DB$ didn’t actually mix my songs because that forced me to find a new place to record. With nowhere else in the Antelope Valley to record at, I hit up my buddy Gnealz, who had been recently rising the ranks as a well-respected producer in the hip-hop industry. Gnealz told me to record at the studio he works out of in North Hollywood, which was operated by Big E. What started off as a bump on the road ended up as a blessing in disguise. At Big E’s studio, I was recording on top-notch equipment with the help of first-class engineers. It was that studio where I ran into popular rappers like Lil Pump, SmokePurpp, Chris Travis, & Key!

Apart from that, there’s not much to complain and there was never any overbearing obstacles I had to endure.

We’d love to hear more about your work and what you are currently focused on. What else should we know?
As a rap artist, I guess it’s safe to say I’m the CEO of an individual corporation. While J-Hotz is my stage name and personifies the musical aspect of myself, Tha Block is Hotz is the umbrella that everything I do falls under. Tha Block is Hotz is the means through which I translate ideas from my brain into the real world. Tha Block is Hotz functions as a record label, to which I am the only signee. Tha Block is Hotz operates as a graphic design team, I design and edit all of my own artwork, promo materials, clothes, and flyers. Tha Block is Hotz is now officially a festival promoter after I’ve successfully organized Hotz Gala, the Antelope Valley’s Premeir Rap Festival.

I’m mostly known for the rap music I make, but the designing, festivals, and other things I do all work together to supplement enhance and further my rap career. There are a lot of things that I believe separate me from other artists.

1. My dedication & love of the Antelope Valley. Everything I do is for the AV and the AV alone. I do not care about winning the support and admiration of others across the country and globe if those in my hometown do not feel the same. This is why I feel so strongly about coming up, making it, giving back to the community, and promoting those who have the same mission. S/O to all my partners in rhyme coming out of the AV right now.

2. I write my own music and produce my own beats. It is sad to me that rap is in a state where ghostwriters are celebrated.

3. I don’t rap over my vocals. It irks me when I see people get on stage and essentially do karaoke of their own songs.

4. I’m fairly educated. Off the top of my head, I cannot think of any rapper with a degree in law. Hopefully, in 2021 I’ll be the rap game’s first lawyer!

5. Most importantly, my music. I think we’ve all seen first hand how saturated rap is with the same sounds and concepts. I seek to change that!

How do you think the industry will change over the next decade?
It’s hard to tell where rap music will be in 5-10 years, let alone next year. All I can hope is that we will see a return of original concepts and sounds. I don’t care how many girls you fucked off of a xanax, bro. I really don’t. As far as myself, I see Hotz Gala at the Palmdale Amphitheater with Tyler, the Creator as a headliner within the next ten years. 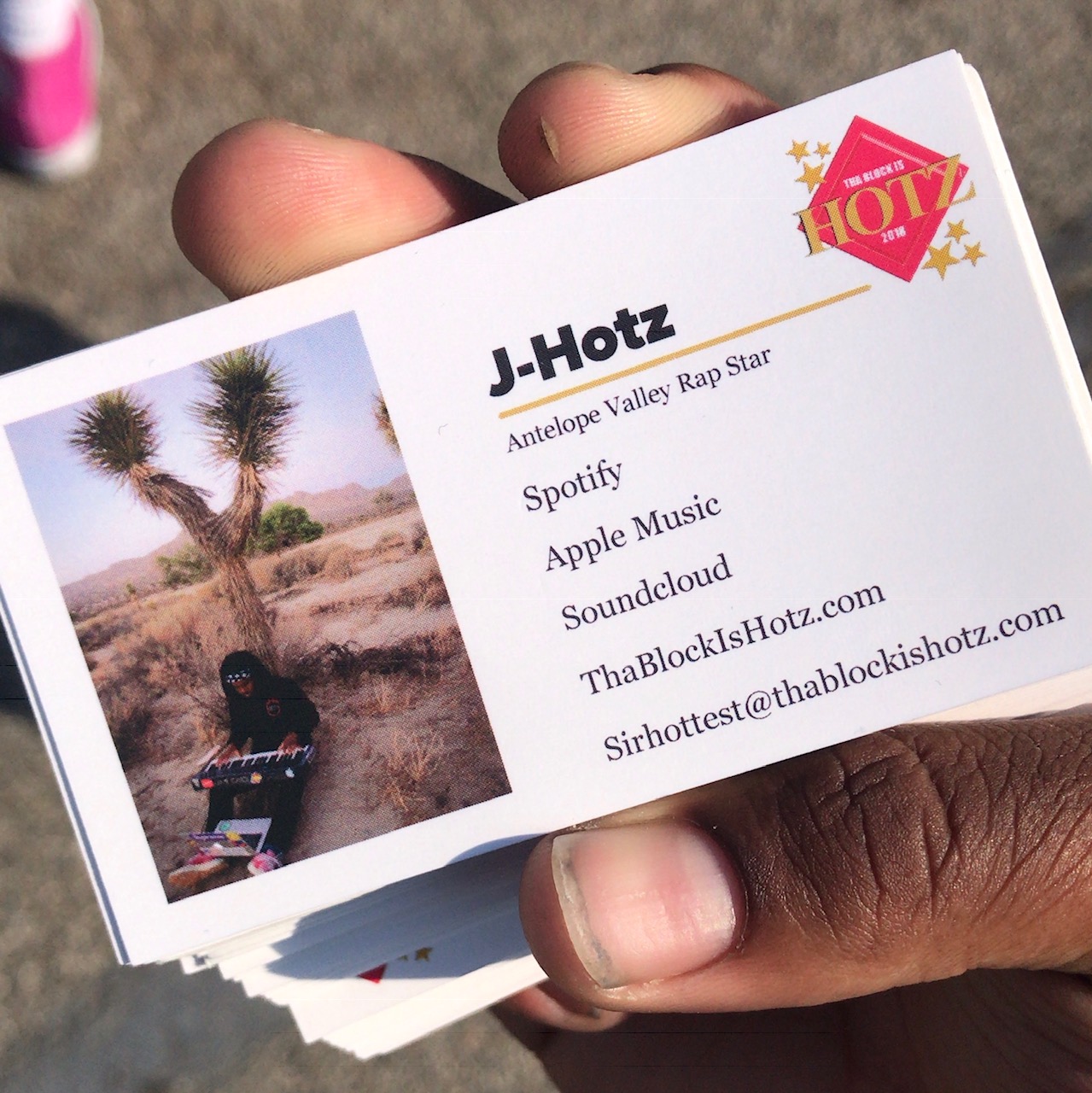 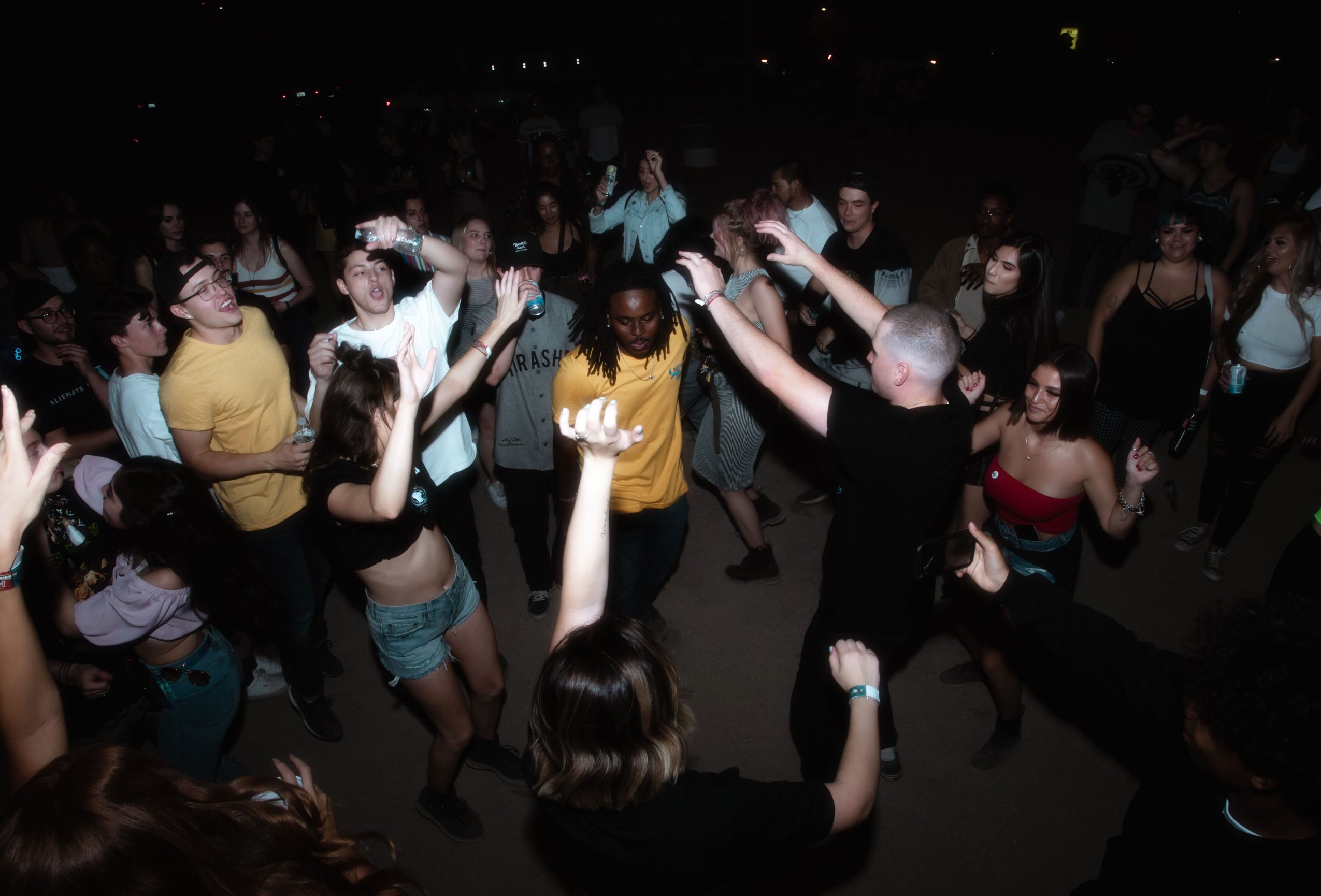 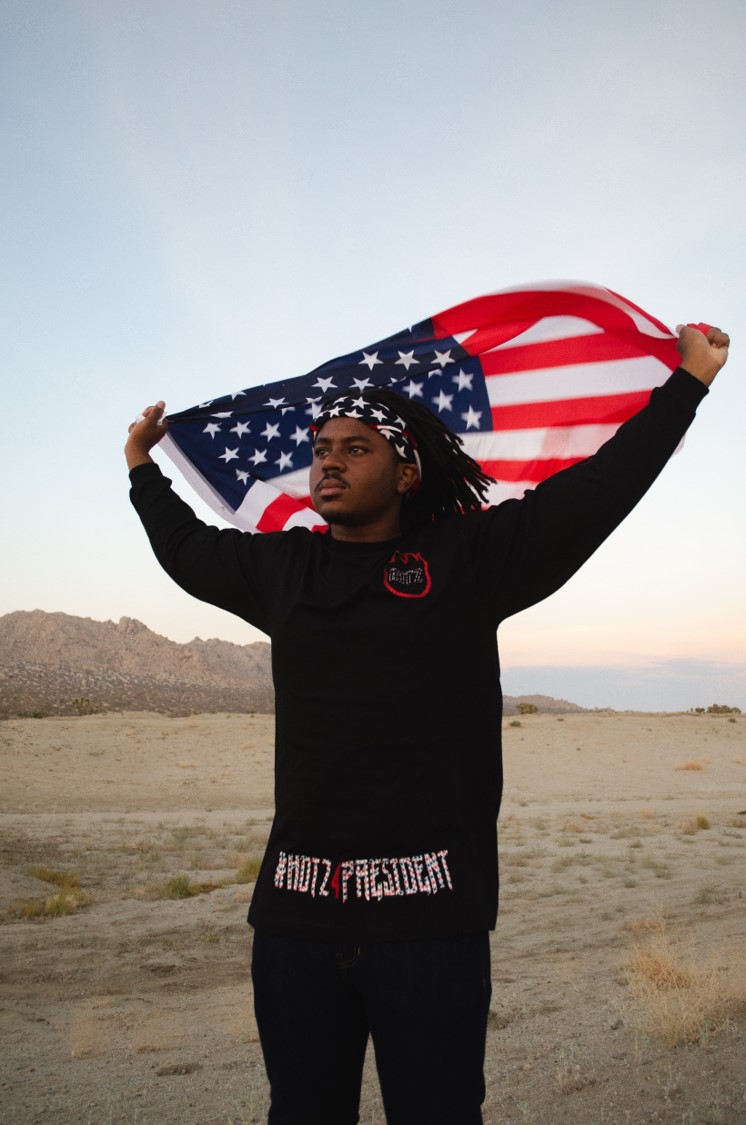 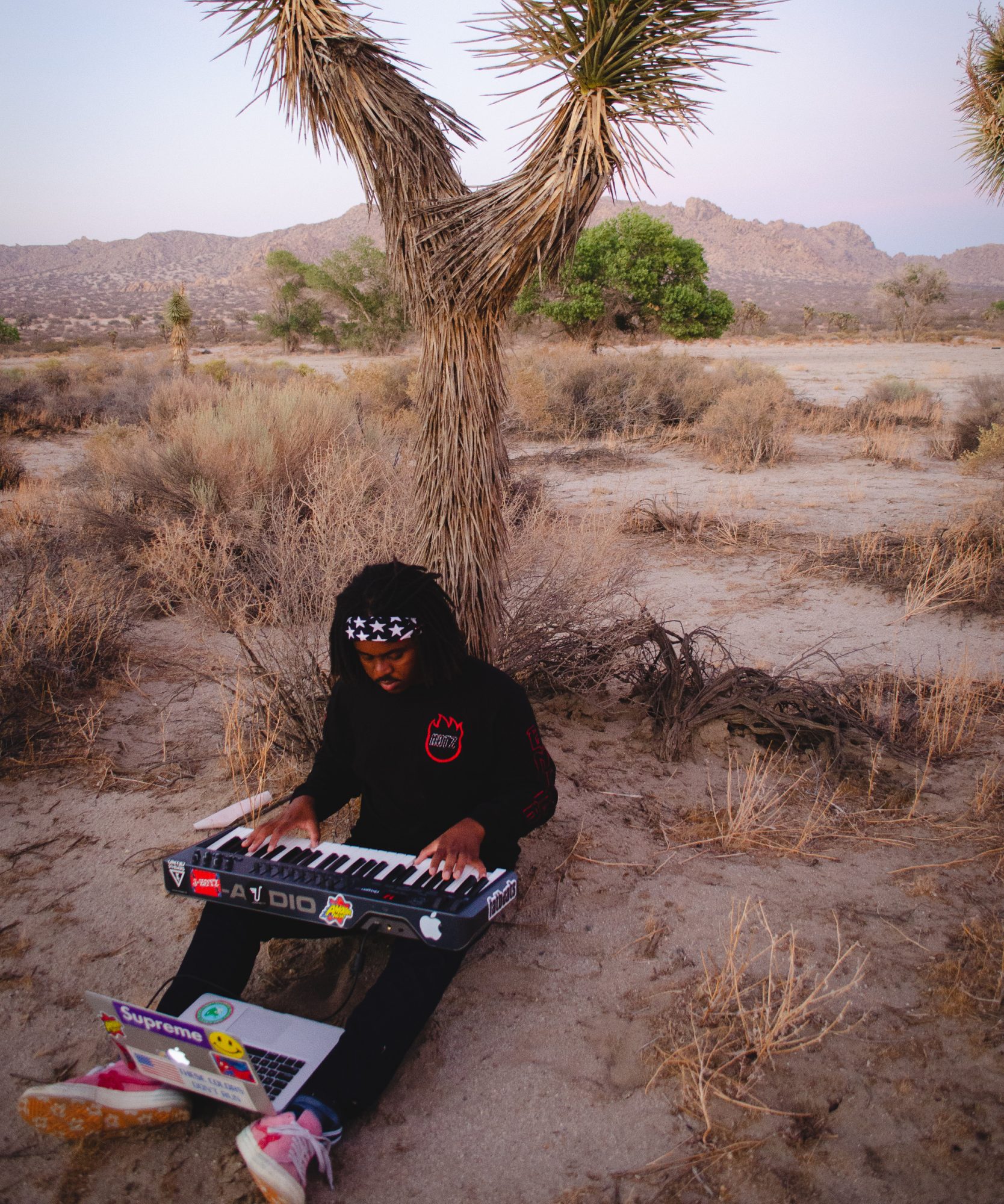