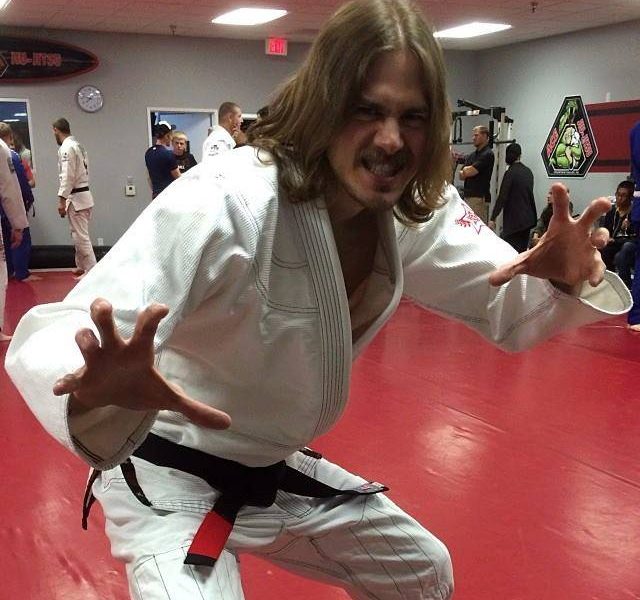 Today we’d like to introduce you to A.J. Albert.

A.J., let’s start with your story. We’d love to hear how you got started and how the journey has been so far.
The only sports that were watched in my home growing up were combative sports. My brother, father and uncles were all wrestlers and my grandfather was a boxer. As a kid, I was obsessed with pro-wrestling, super heroes and martial arts movies. These interests coupled with my family background were the roots for my interests in martial arts. Although I was excited about martial arts I never really attempted to try them when I was young. That changed after high school.

Once I graduated high school I made the decision that I was going to pursue martial arts. Specifically I wanted to train jeet kun do, the art created by Bruce Lee. Lee was one of my childhood heroes. I found a local gym that offered jeet kun do as well as various other martial arts. I decided to try all the martial arts they had to offer.

My first day I did a kickboxing class. I had a blast. It was a great work out and I loved it. The next day I tried their Brazilian jiu jitsu class. Initially I wasn’t interested in jiu jitsu. However, that changed as soon as I tried one class. I was obsessed.

I continued to train in kickboxing and Filipino martial arts for the next two years but ultimately my passion for jiu jitsu prevailed. I had decided I wanted to be a jiu jitsu black belt and one day teach martial arts. That was 14 years ago.

After about six years of training, at the rank of purple belt, I was given an opportunity to teach jiu jitsu at the University of California, Irvine. This opportunity was essential in forging my future as a martial arts instructor. I continued my personal training while teaching university.

Eventually I opened my own school near the university and received my black belt in 2013.

Overall, has it been relatively smooth? If not, what were some of the struggles along the way?
There are five belts in the ranking system of Brazilian jiu jitsu. The path to black belt is long and difficult. Traditionally it takes ten years or more to obtain a black belt. A lot can happen in ten years. Training in any sport, or martial art for that long is hard on the body. When I started jiu jitsu it was still somewhat unknown in America. The mentality during training then was very rough. On your first day, you sparred. You learned how to “tap out” and that you weren’t as tough as you thought you were. You sparred hard and you sparred often. The pedagogy was sink or swim.

Getting a black belt was the hardest thing I’ve ever done but also the most rewarding. Jiu jitsu has given me all that I have.

Alright – so let’s talk business. Tell us about Valhalla Jiu Jitsu – what should we know?
I teach at Valhalla jiu jitsu.

Simply put I provide a space for individuals to learn Brazilian jiu jitsu and grappling concepts. As an instructor, my job is to break down the complicated techniques of jiu jitsu and make them accessible.

I specialize in making jiu jitsu approachable for beginners. I desire to teach average people who just want to learn and better themselves.

The moment when a person realizes their capable of so much more than they thought is the greatest moment as a coach.

The thing that sets Valhalla apart from other gyms is the environment. Our students are helpful and friendly. There is a feeling of comradery rather than competition in the gym. At Valhalla, the tide raise all ships.

Any shoutouts? Who else deserves credit in this story – who has played a meaningful role?
The list of people that I owe a debt of gratitude to is massive. My family and friends have supported all my dreams. All my loved ones were at every tournament I competed in and at every belt promotion ceremony. I would be nothing without them.

I’m also indebted to all my training partners, everyone I’ve ever shared the mat with. Every person that introduced themselves, shook my hand, and then choked the life out of me helped me get where I am at today.

And of course, my coaches. I’ve trained with such incredible martial artists and had various coaches throughout my career. My main coach Tim Cartmell teaches at ACE jiu jitsu in Fountain Valley. He is truly a gifted martial artist, instructor and just a great guy. I’m truly grateful and humbled that he awarded me my black belt.