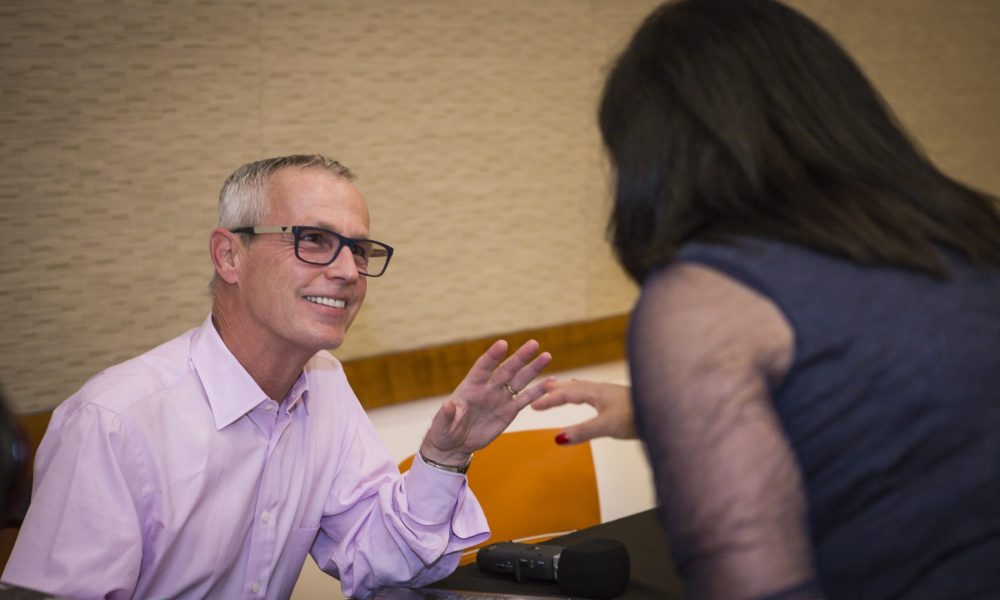 Today we’d like to introduce you to Ivan Obolensky.

Ivan, can you briefly walk us through your story – how you started and how you got to where you are today.
From the author perspective, I started when my wife, Mary Jo, who had founded her own translation company, Dynamic Doingness, twenty-three years ago, wanted me to write nonfiction pieces that could be translated into Spanish to showcase our translation skills.

From 2011 to 2017, I wrote monthly articles on economics, language, history, finance, science, and other subjects. These had to be around 2,000 words on often complex subjects. Our translation process requires an English editor, a translator, and two Spanish editors. Initially, this gave me trouble because of the number of corrections that were needed due to my inability to clearly express myself in words. Over time, I improved and my writing gained clarity for which I am extremely grateful. From nonfiction, I shifted to fiction. I wrote short stories and eventually a novel called “Eye of the Moon” which we published under Smith Obolensky Media.

The idea for the novel was inspired by a large house that my father owned when I was growing up. It was situated up the Hudson River from New York. I always called it “Rhinebeck” and thought it would be a perfect setting for a story. My grandmother, Alice Astor died while reading the Egyptian Book of the Dead. Strange things happened at that house and continued even after her death. Over the years, I heard many stories. Several years ago, I saw an article about my grandmother, in W magazine that stated she might have been murdered. That was news to me. The more I thought about it, the more I knew I had to write a story with that in mind. And so I did.

We’re always bombarded by how great it is to pursue your passion, etc – but we’ve spoken with enough people to know that it’s not always easy. Overall, would you say things have been easy for you?
Getting a book out into the world and making it a real success is probably harder than actually writing one. There are hundreds of thousands of books being written, and a limited number of big publishers to market and promote them. It is, of course, possible to self-publish, and that is easier now than ever before. The problem as I see it is that publishers, film people, and TV people all want great material. They want the next big thing, but how do you wade through tens of thousands of submissions to find it?

The reader has a similar problem. He or she wants to be captivated and transported to another place. How is one to know what is good, and what isn’t? Reviews are one way, and so we have a reading world dominated by Amazon and Goodreads, where promotion and success depends on the number and quality of reviews. But just like a Google Search, searchers rarely go deeper than the first few pages. Many good works get lost in the process unless one pays for exposure.

This has an impact on the other side of the equation, the writer. Writers have to be passionate about what they write, but not all readers will like the result that follows.

Writers, knowing the necessity for good reviews, now tend to write what they perceive readers want, and the results are the same old same old. There are even books on how to write in a way that will be picked up by Amazon search engines.

To put out some concrete numbers and to put the book world in perspective, it takes 350,000 copies sold across all mediums (audio, eBook, hard copies, and soft covers) on an international basis to really count as a successful release where all parties make money and the work is definitely out there. These are huge numbers and far greater than the “sell 10,000 copies in whatever format and you’re doing great” idea that has been going around. That is just not true.

What this means to the author is that he or she can never just punch keys for a living and expect to be a success. In today’s world, a writer must be a manager, a promoter, a media savvy guru, media genic, and an outstanding writer to begin with. It is the nature of writing at this time. That being said, the challenge is not impossible. It can be done and wide-ranging success can be achieved provided one keeps the above in mind. For myself, I like a good challenge. That’s one of the reasons I write, although not the primary one. That reason is easy to state. I want to make magical connections with my readers.

We’d love to hear more about your business.
Translating this question into an authoring framework, I am proud of the book I wrote. I am thankful for the help of the many people who made it possible to get it published.

The novel I wrote is the kind of book I like to read. It is intelligent, suspenseful, full of characters I’d like to meet, It has twists that surprise the reader and makes him or her rethink what they know. I won the IndieReader Discovery Award for “Best First Book (Fiction)” this June, and that was a big boost for me. One can as a writer like what you wrote and even think it is good, but ultimately the acid test is what a reader who knows nothing about you thinks about it.

One can at the best of times stretch across the boundaries of time and space and reach another being in a way that is unique. There can be a wonderful meeting of minds that can establish a magical connection that can be achieved in no other way. Reading requires that the reader participate and become involved in the story. The result is an experience when done well, that can transform and transcend the ordinary, and change the world.

Books, particularly novels, can be magical in that way. A good one can inspire and soften the fixed ideas and assumptions that we tend to make, with startling results. It has happened to me. I want others to experience that. There is nothing like a good story to feed the soul.

What were you like growing up?
Growing up I suppose I was precocious, but I was horrible as a student. If grades were an indication of future success, I had a poor future in store for me. I could do physics but not much else. I took an inordinate amount of Latin at school. I studied Catullus and Ovid, poets that hardly anyone knows today. In many ways, it was a blessing because it fueled a life-long interest in Ancient History, particularly that of Greece and Rome. I also grew up in New York City and in an environment that was different from most. There were butlers, maids, and chauffeurs.

My parents were socially prominent, and I met many extraordinary people. Anything was okay provided it was done outdoors, which meant my siblings and I were outside a lot.

Unlike today, we were free to roam up and down Manhattan when we were in the city, and anywhere a bicycle could travel when we weren’t. That being said, there were strict rules inside the house as to manners, etiquette, and conversation.

There was no parental helicoptering.

You were expected to handle whatever was going on in your life regardless of what it was. My brothers, sisters, and I became very self-reliant. Added to that was the pressure to succeed, particularly academically. The fact that I wasn’t so inclined created endless stress. Besides the constant pressure to excel, childhood was a wonderful period for me and helped create the ambiance of many of the stories I have written. 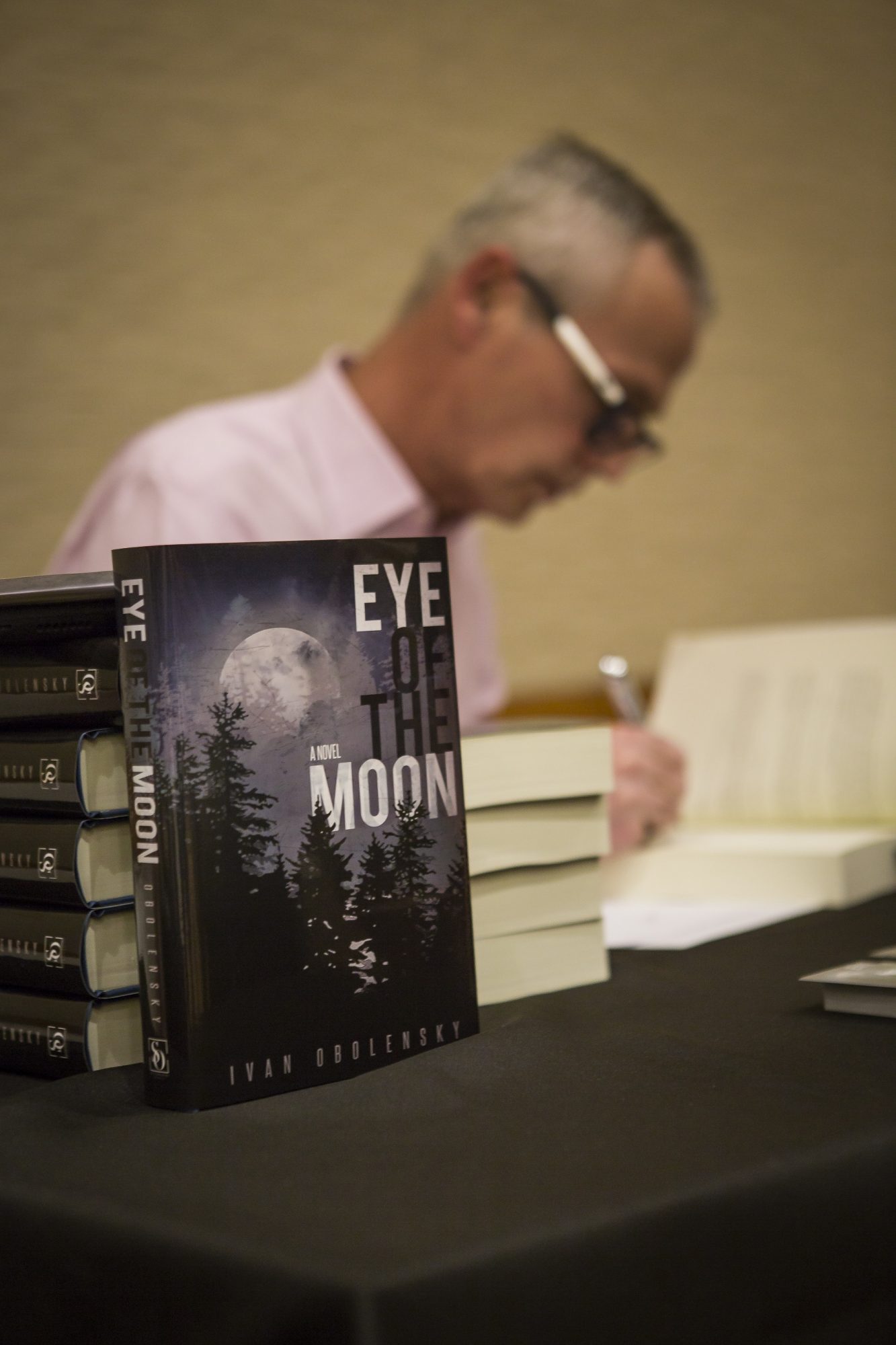 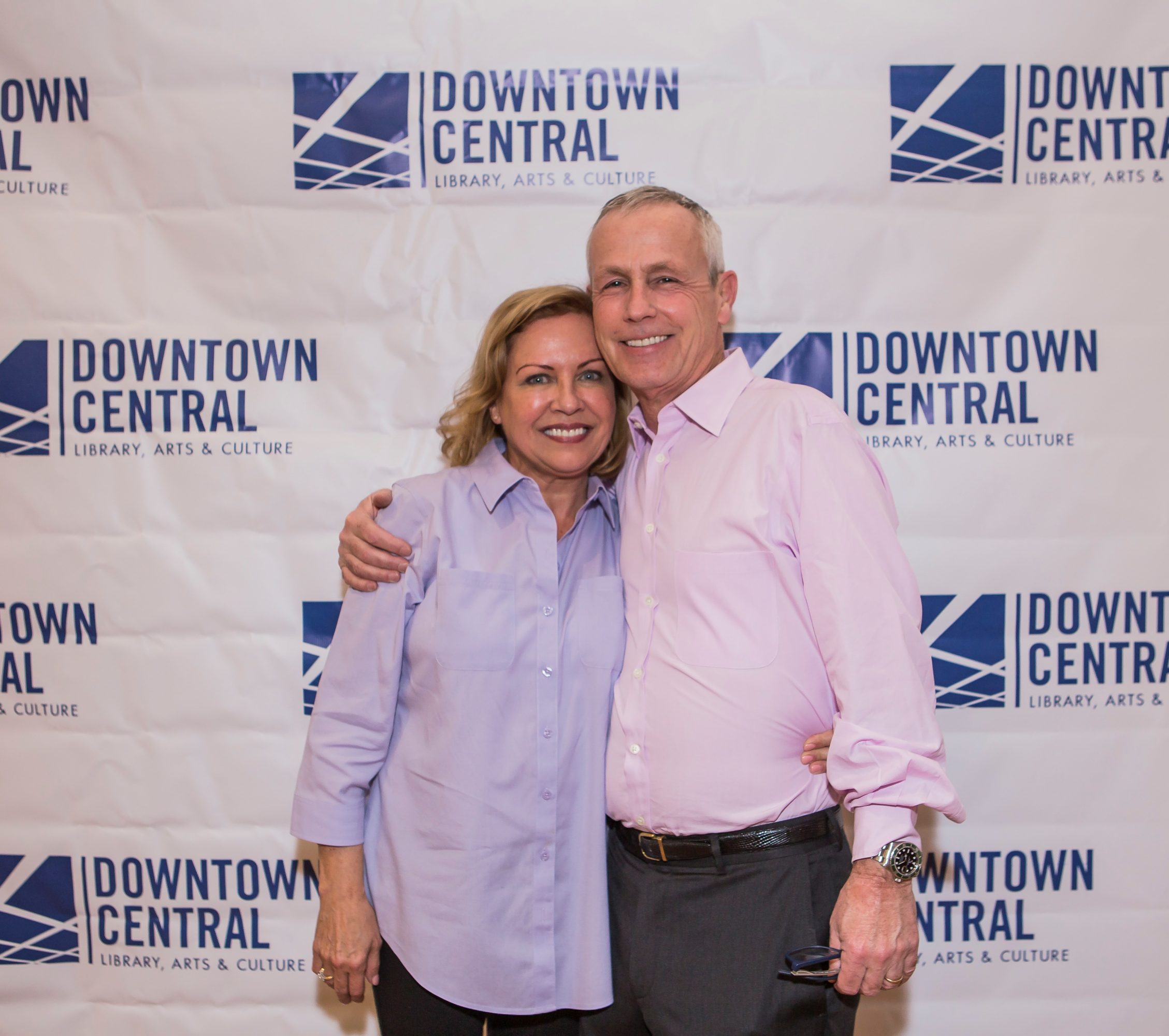 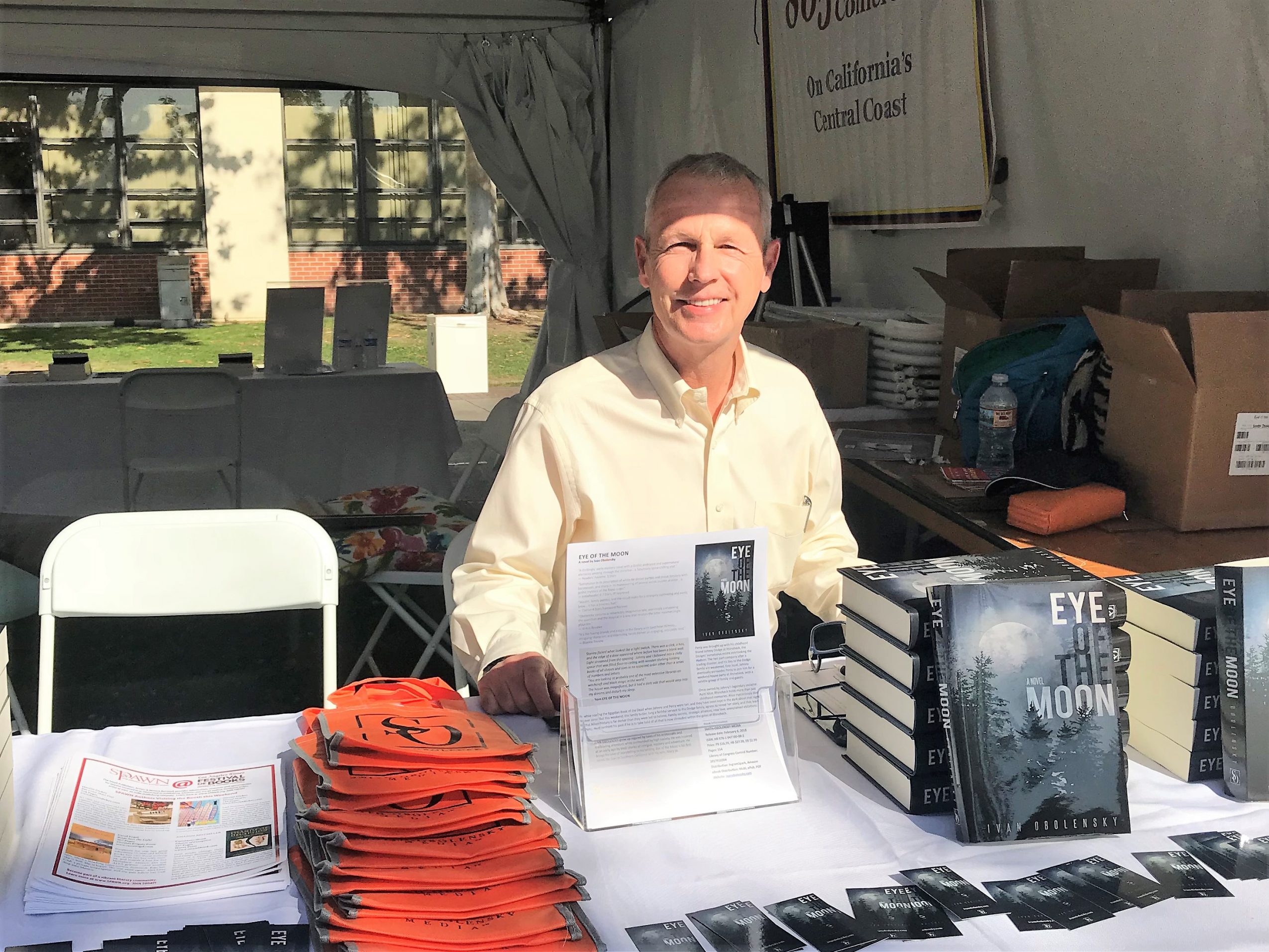 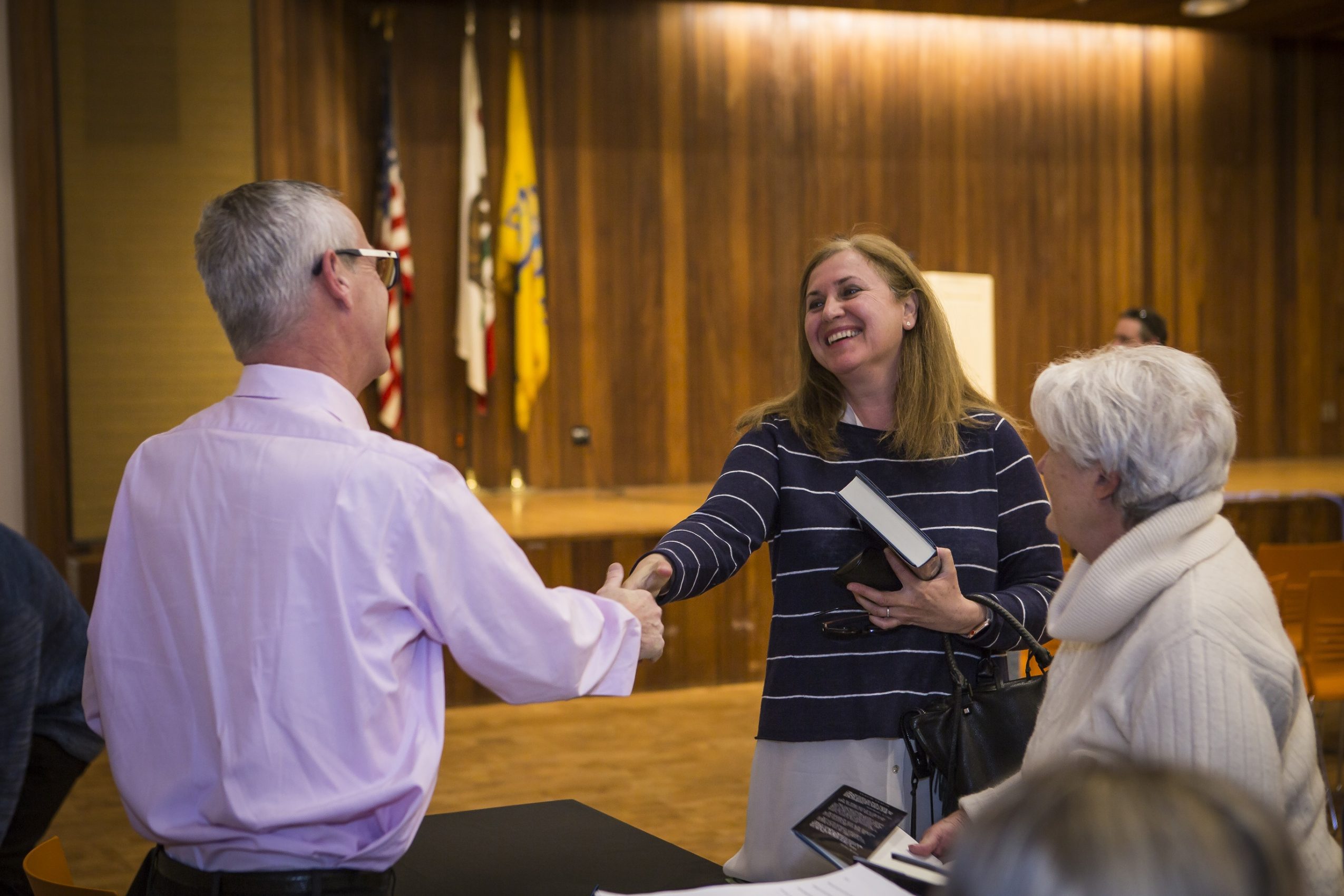