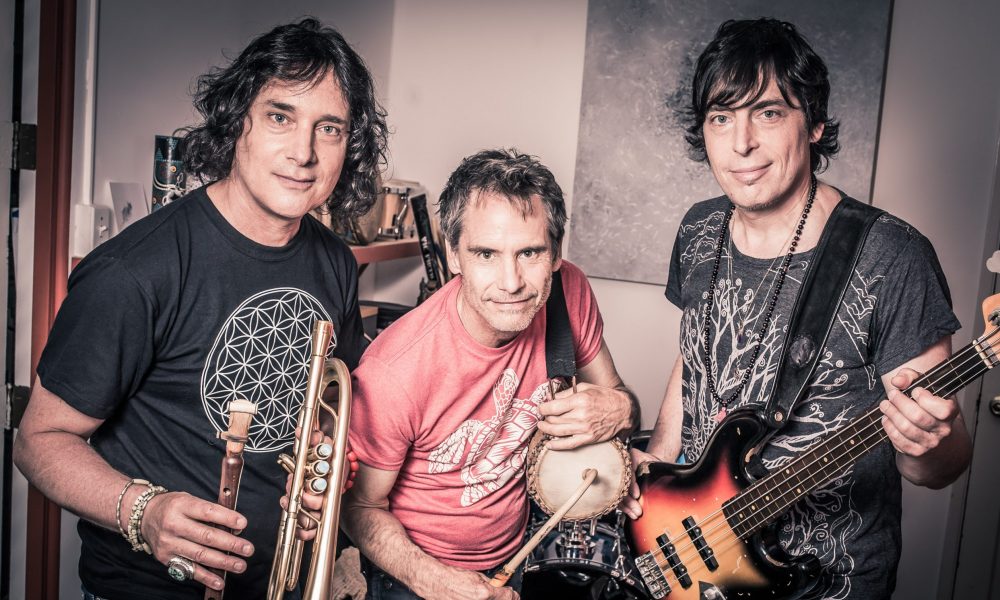 Today we’d like to introduce you to Itai Disraeli, Hagai Izraeli and Richard Fultineer.

Brothers born in war dedicate their music and lives to peace. For brothers Itai (bass) and Hagai (horns), music is more than genre, more than song; it is an agent of peace. Their passionate and unique instrumental music culls from jazz, world beat, funk, reggae, middle eastern and classical music, and their roots in war-torn Israel make their cross-cultural imperative for peace rich with depth and substance.

Itai is now a Grammy nominated bass player with our sister band Opium Moon in the new age category.

MAETAR is a Los Angeles based group fronted by brothers Itai, on bass, percussion, guitar, vocals and keyboards, and Hagai on flumpet, trumpet, flugelhorn, flutes, shells, keys, vocals, percussion and Richard Fultineer on drums, percussions, and vocals. Born in Israel on a kibbutz they started making music at the age of six and four.

The whole family used to gather around their grandfather’s table every Saturday and jam. They grew into legitimate musicians; Hagai became a soloist with Israeli orchestras, and Itai became a celebrated and sought-after bassist, winning “Bass Player of the year.”

Their collaborations with international musicians led to the formation of a band that released a record on the prestigious Italian label, Black Saint/ Soul Note and brought them to America, where they earned a record deal with Columbia Records.

But Itai and Hagai had a vision: to create original soulful and substantive music that reaches across cultural boundaries and is an instrument of peace. Their love of soul music, jazz, classical lyricism, and sacred tribal music from around the world led them to create MAETAR, a setting in which they could create this fusion of sound and cross-cultural amity.

Their concerts for human rights and peace have brought Arab and Israeli, Muslim, Christian, and Buddhist musicians and communities together alike; all united by a love of authentically inspired and inspiring music. Itai’s bass playing evokes the virtuosity of Jaco, the groove of Jamerson as he simultaneously creates layers of rhythm, harmony, and melody, coaxing sounds out of his basses that electrify and move audiences.

Hagai’s gorgeous tone, fluid and innovative use of Flumpet, trumpet, flugelhorn, conch shells, shofar, wooden flutes, and keyboards is evocative of Miles and Coltrane, as he symphonizes with Itai’s bass-driven grooves and Richard’s innovative take on afrobeat and world grooves. Together, their passionate and energetic performances and their stirring, original compositions are as beautiful to hear and feel as they are amazing to see.

MAETAR has released three critically acclaimed CDs, which have been a favorite of local radio stations, and their cinematic music has been used in TV and film. Prolific composers, MAETAR are currently working on a 4th cd “Love Lifts Me. “ The new Maetar CD LOVE LIFTS ME celebrates the groups forging a new musical path. Creatively free and wide open, the band creates music from pure inspirations. All the tracks were played recorded and composed together with no overdubs, charts or preconceived notions.

The band’s revolutionary approach is fresh and daring. In an age of auto-tune and cookie- cutter, paint- by- numbers music, Maetar dares to walk the razor edge of freedom at the moment. Playing native instruments from the world over, employing rhythms and melodic modes from various cultures, Maetar (May-Tar) brothers embody the universal language of music with their original sound, inspirational melodies, seductive groove and inventive use of modern technology.

The legendary Maetar #Urban Crawl and #Abstract One Drop are a contemporary perspective on the plight of urban modern living while #Tone Poems and# Meditative soundscapes are timeless transmissions of light in sound. Maetar creates free funky flowing peace music.

MAETAR is an ancient Hebrew word meaning string, or vibration of change. The band Maetar is brothers Itai (bass) and Hagai (horns), and Richard Fultineer (drums) Their music itself is a declaration of peace, calling on Hebrew and Arabic melodies, filtering it through a rigorous jazz perspective, and the exuberance of funk, soul, afrobeat and rock. If Miles Davis and Jimi Hendrix had a baby in the delta of the Nile, and George Clinton was the midwife, it might sound like Maetar

Great, so let’s dig a little deeper into the story – has it been an easy path overall and if not, what were the challenges you’ve had to overcome?
Surviving as a creative, innovators, original artists in a corporatocracy driven world, where the value of art is reduced to clicks and likes, musicians are disposable, and the bottom line means more than the art itself.

Alright – so let’s talk business. Tell us about Maetar – what should we know?
“MAETAR is one of the most original and exciting bands of true musicians to come along in years…. They are truly one of a kind and should not be missed.” Scotty Barnhart – Musical Director of The Count Basie Orchestra

Maetar created a body of work that has been featured in movies and television. Playing with great musicians from around the world such as James Gadson, Jackson Browne, Roger Waters (Pink Floyd), Susanna Hoff (Bangles),Tony Allen (Fella Kuti), Trilok Gurtu, Larry Coryell, Nishat Khan, Prince Diabate of Guinea to name a few, helped the band shape its sound and inspired it to dig deeper.

Is there a characteristic or quality that you feel is essential to success?
The new Maetar cycle of works entitled LOVE LIFTS ME celebrates the groups forging a new musical path. Desiring to create an original musical language that will express their passion for peace and reach across borders, the band declined public appearance for three years and woodshed in a loft over a vintage pirate outfit factory to develop an original sound and approach.

The operative mode “CPWO” – Completely Present and Wide-Open, meant playing live, no charts, no overdubs, no click track, no clichés, and instead creating an environment in which all participants interact equally, by listening deeply, being in the moment without preconceived notions and patiently exploring the elements of sound. This discipline led to many hours of experimentation with the sound of different instruments, grooving, looping, layering, and shaping.

The band recorded the sessions, analyzed and discussed intent and impact, which led to greater communication and expression and to the development of the Urban Crawl, Abstract One Drop, New World Groove, Tone Poems, and Meditative Soundscapes styles that have become Maetar’s signature sound. The tones and sounds the band produces create a sonic a wave that is encoded with peace, freedom, and creativity.

An environment in which all participants interact equally, leading to greater understanding and suggesting a new model for society and human relationship, is the Maetar sound and message of peace and reconciliation. 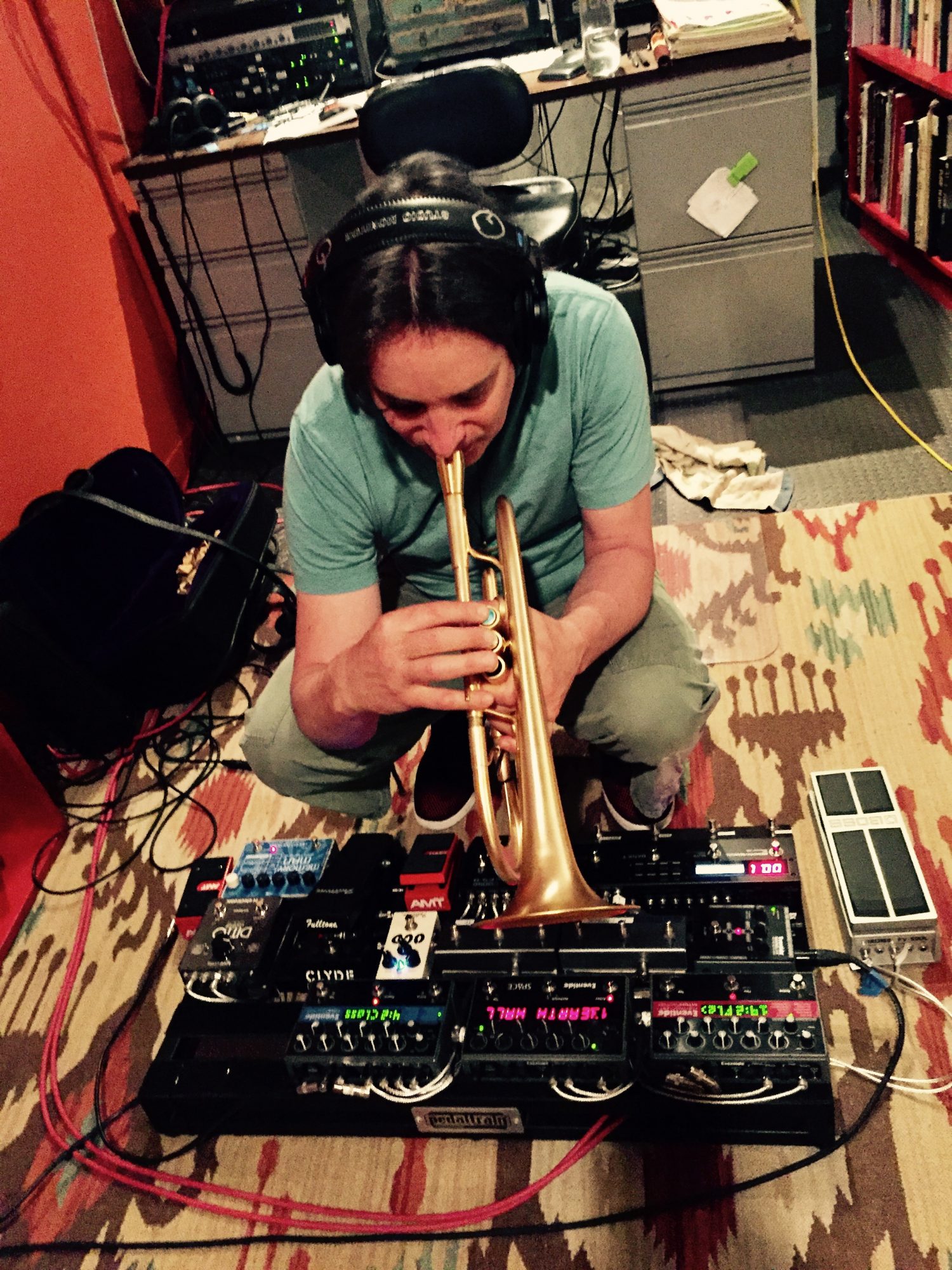 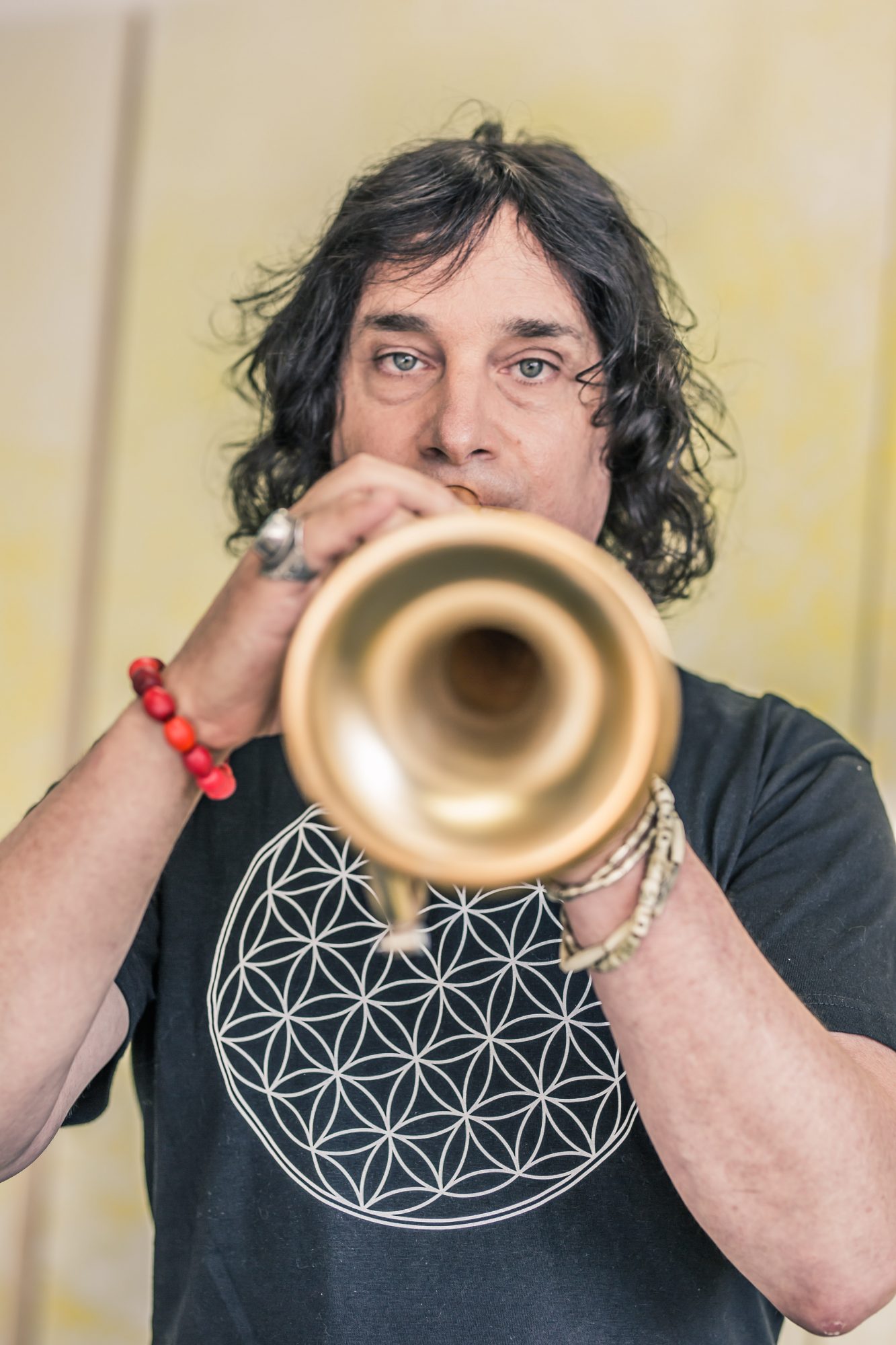 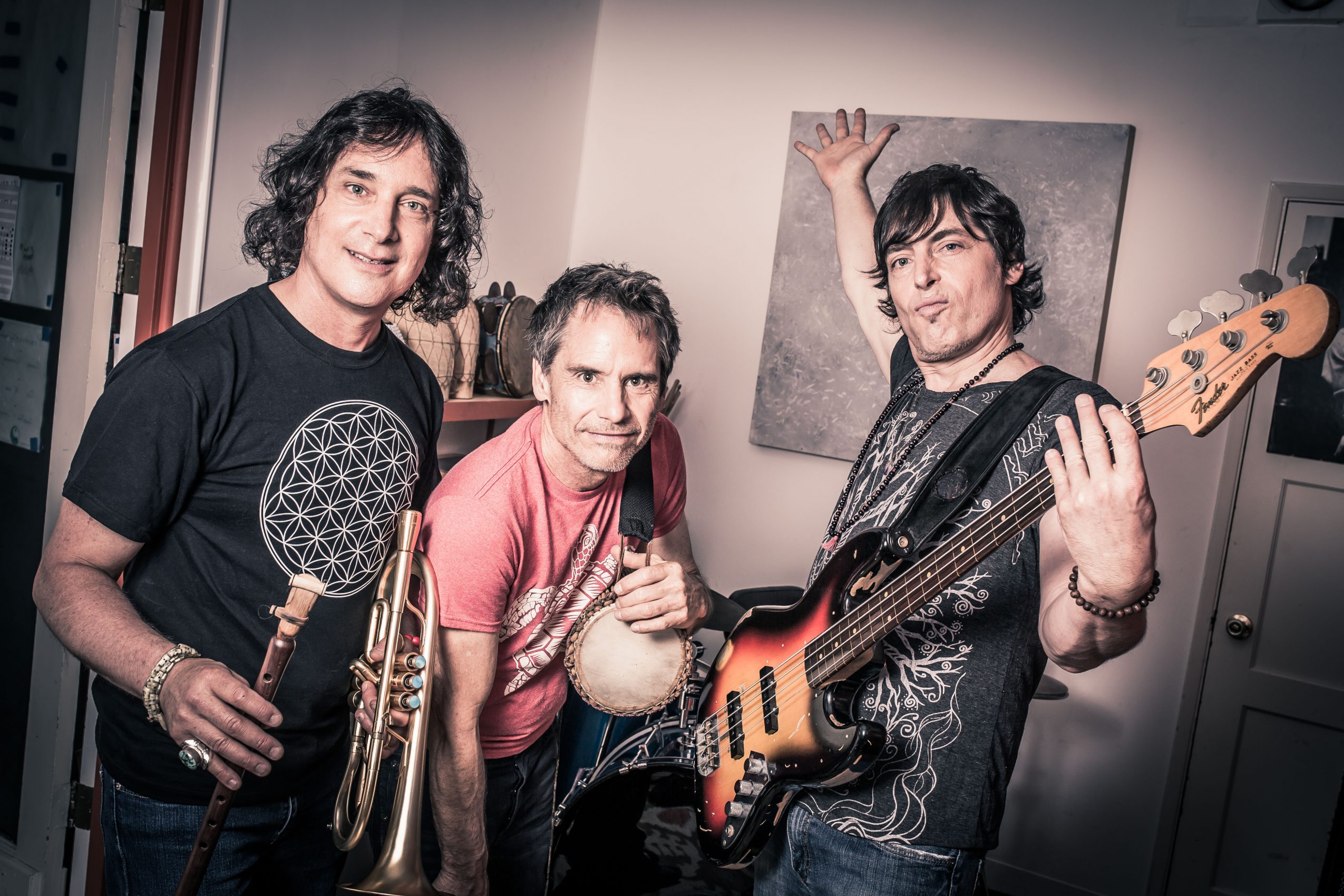 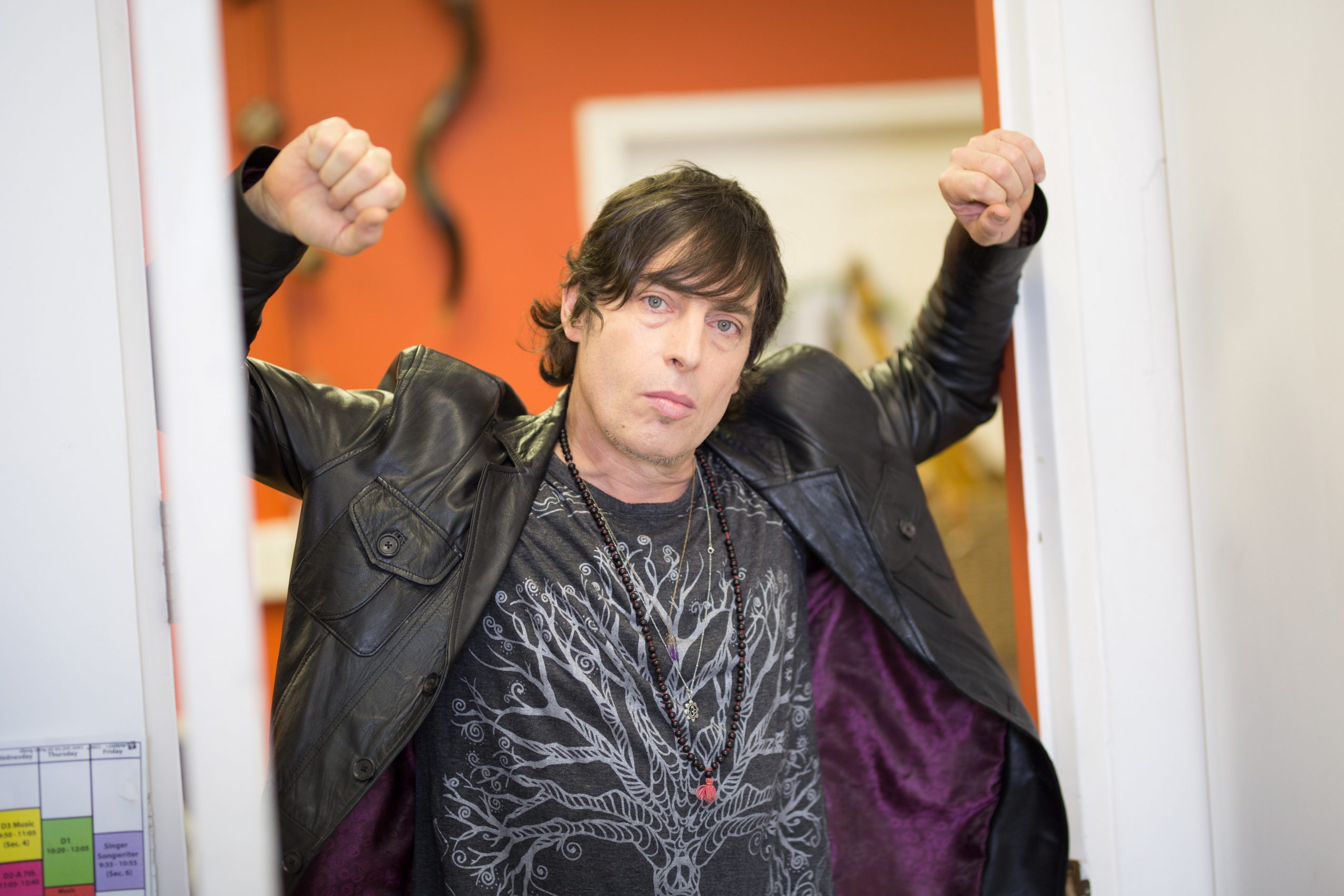 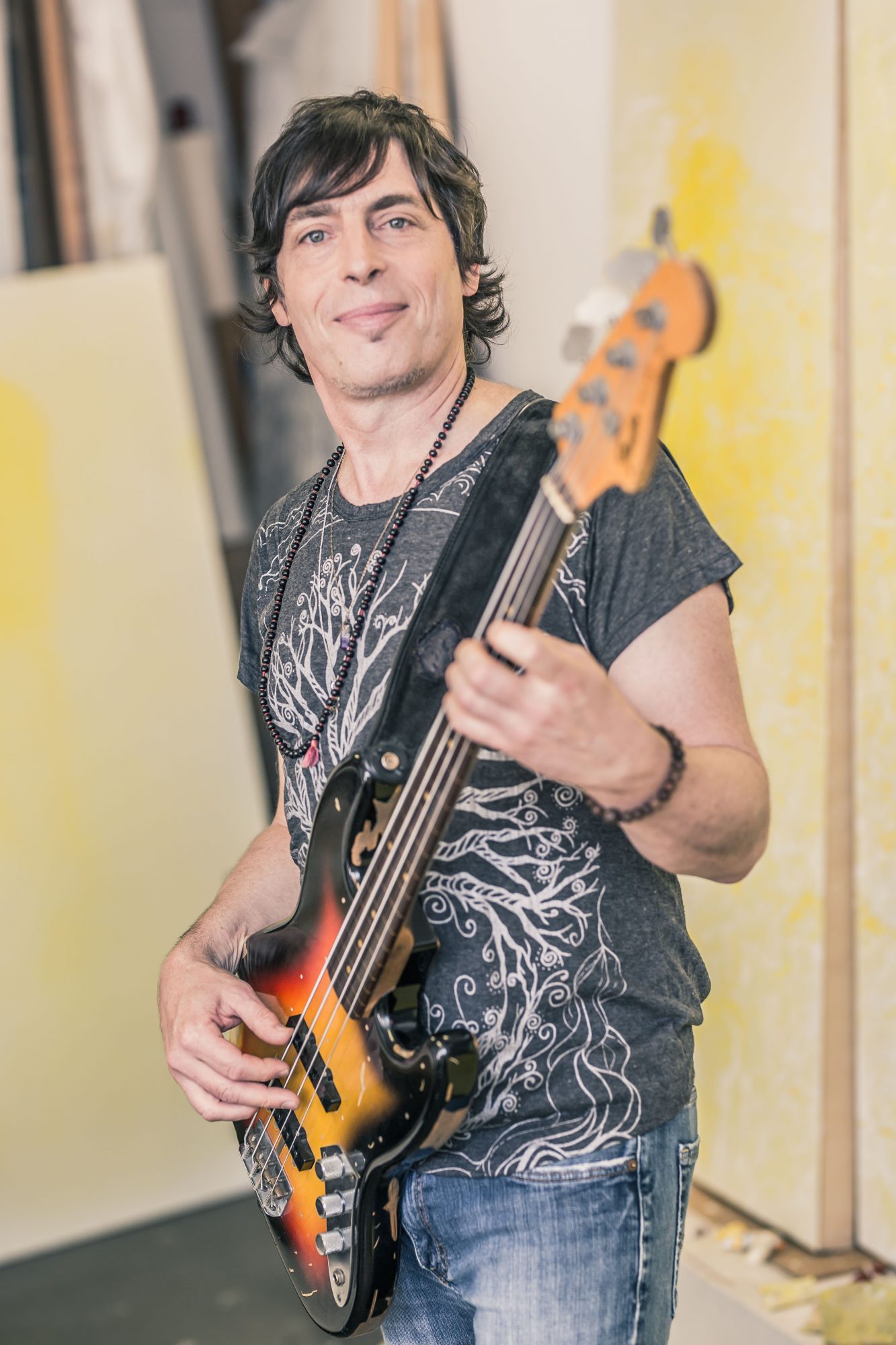 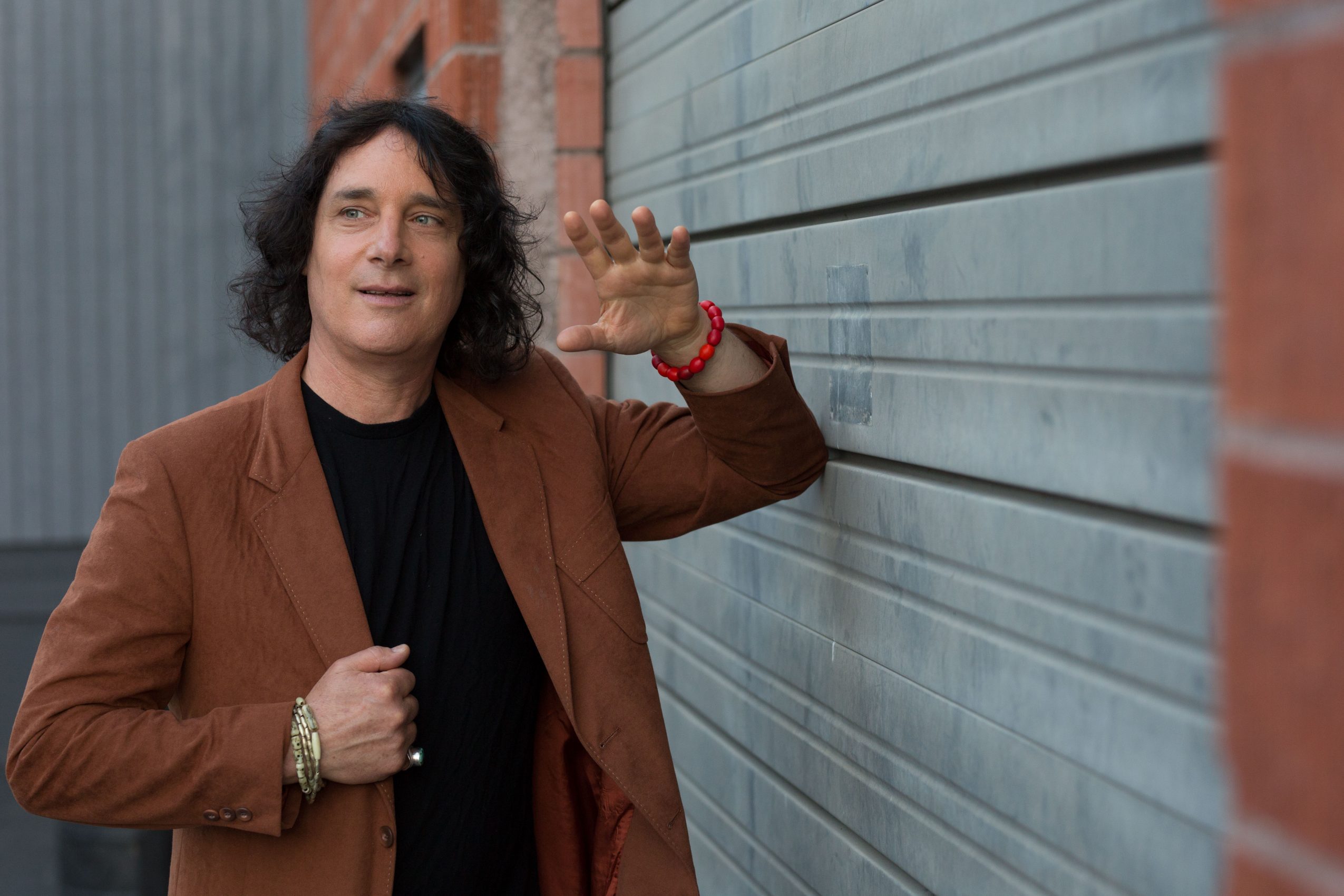 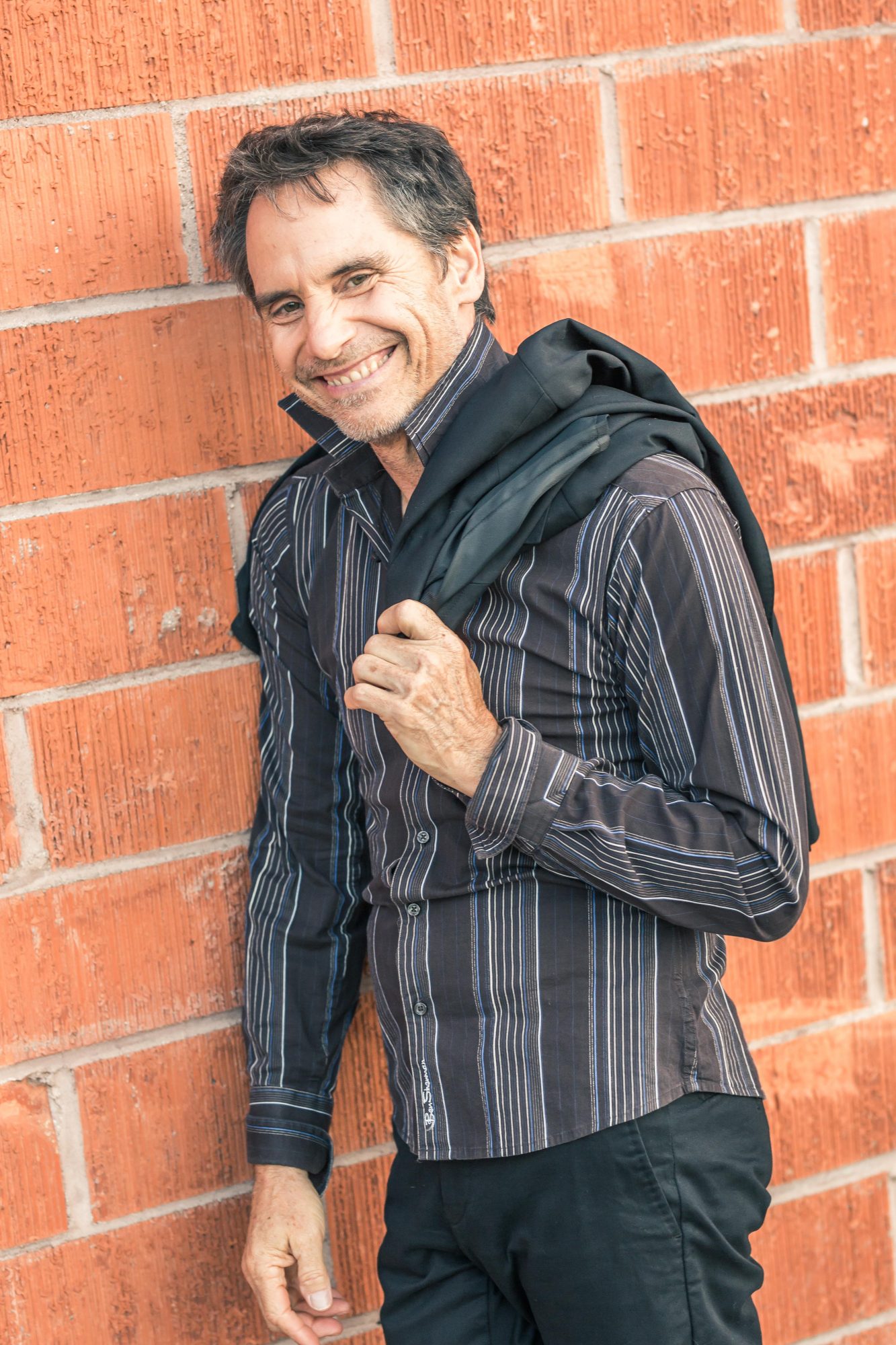