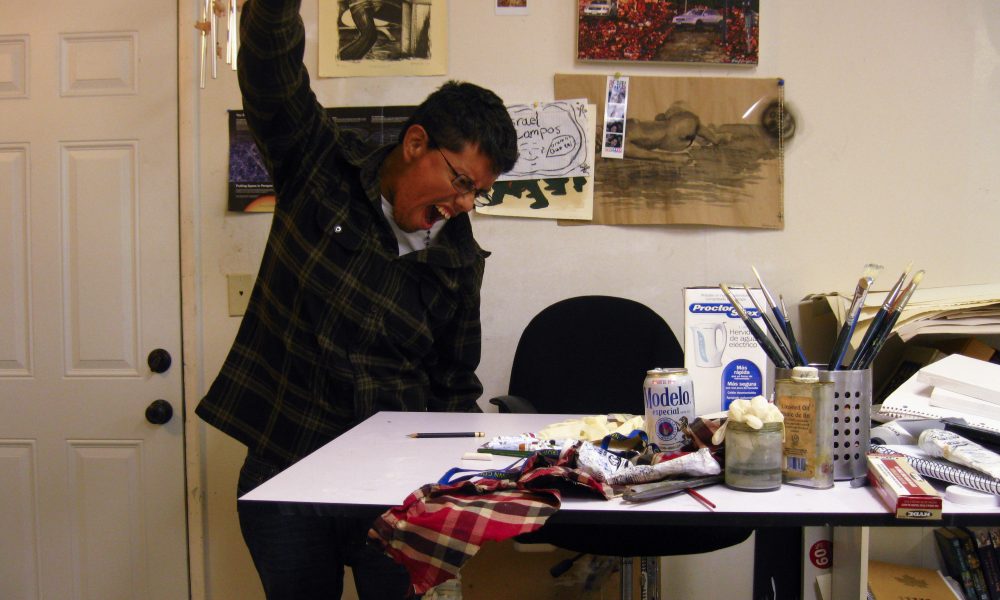 Today we’d like to introduce you to Israel Campos.

So, before we jump into specific questions about the business, why don’t you give us some details about you and your story.
I was born and raised in South Central L.A., less than a mile from Downtown L.A. but what felt like a thousand miles away from an urban center. I vividly recall coming home from school and being greeted by the smell of roasting chilies and with mariachi songs of heartbreak playing in the background. Home was sewing machines roaring every evening and every weekend as I watched cartoons in a language I could not understand. To me, Los Angeles was a place where the palm trees and sunshine were backdrops to 18-wheelers and factories. I slowly became aware of the glamorous L.A. that was depicted in the movies and t.v. shows I saw and got glimpses of it as I began to navigate the city. I remember the first time in middle school that I made it over to the Westside and found it alien to see perfectly manicured neighborhoods devoid of people. I was used to seeing scores of kids playing soccer everywhere with street vendors walking the streets selling fruit, corn, tamales and everything in between. I became aware that two separate worlds coexisted and that I was going to have to navigate both.

I began to make art as a way to reconcile all the contradictions I encountered. I was very aware of the different cultures I was exposed to growing up. I was equally fascinated by the colorful portraits of Catholic saints that hung at home and the colorful low riders that cruised around the neighborhood. Art was a way of processing and analyzing all the visual information I was bombarded with. Art was a way of articulating ideas that I could not express in a language that was not my own. I continue to make art as a way to synthesize and process contradictions I continue to experience.

We’re always bombarded by how great it is to pursue your passion, etc – but we’ve spoken with enough people to know that it’s not always easy. Overall, would you say things have been easy for you?
One of my most vivid memories as a kid, and a memory that I think many children of immigrants can relate with, is the fear of being asked to translate an important document by their parents. How are you supposed to translate a legal or medical document as a 12 years old in a language you are barely learning? You can’t but you gain a desire to get better and better so that you are able to do so in the future. Choosing to be an artist is a difficult decision when you come from a working-class family. I want to continue to get better at assisting my family but I’ve had to reconcile that I am an artist. I need to continue to make work, I need to continue to express my ideas and process information visually. It is a fire that needs to be fed. Art is a career with a lot of ups and downs and with a lot of financial insecurity. At the end of the day though I couldn’t be anything else, even if I wanted to.

My drive to create has been incredibly strong even as a kid. I attended undergrad and later graduate school to learn more about my discipline and craft. Starting undergrad was incredibly challenging mainly due to the culture shock I encountered. I was usually one of a handful of Chicano students in my classes and felt removed from my culture. I remember waking up feeling insecure one morning in 2009. President Obama had been recently elected and was being inaugurated. I watched some of the inaugurations before heading off to class and started to think about his story. How he had triumphed and had made history. My mindset shifted after that day and started to resolve my insecurities and doubts. I felt that anything was possible.

So let’s switch gears a bit and go into the Chayote Press story. Tell us more about the business.
I had originally intended to pursue a hard science or engineering degree in college to better position my chances of finding a good-paying job after graduating. I slowly began to take art classes to feed my need to create and because I couldn’t stay away from the discipline. My second year, I traded the hard science for an art degree. I initially felt guilty of being in school making art knowing that my parents were back home working in grueling professions. It was during this time that I was introduced to traditional printmaking processes (etching, lithography, silkscreen, etc.). I instantly fell in love with the medium for being so demanding. I was able to reconcile making art if it meant that it was physically demanding. Printmaking taught me that I could sell art pieces and pursuit art as a career. I continue to work with print processes but also with other mediums. Whatever will better suit an idea.

Chayote Press is the name I gave to my print studio. I named the studio in honor of my maternal grandmother whose name of endearment is Chayito. She has always been the undisputed head of the family. She is consulted for any big decision and is a strong woman even at 95. Her life is an inspiration for me mainly due to how she overcame and triumphed over obstacles in her life. She raised a family of 7 by herself after my grandfather’s untimely death. She worked in a small town in rural Mexico to raise my mother and her siblings during a time when women were usually confined to the home. She took odd jobs and built a business selling tortillas to support her family. I’ve learned to be resilient and to take life’s challenges head-on based on her example. I am honored to carry her legacy.

The work I make synthesizes cultural motifs from Mexico and the United States as a reflection of the fusion that is the Chicano identity. I explore historical narratives and accompanying visual vocabulary to situate myself within the history of this continent. I was introduced to the pre-Columbian imagery I use in my work through the municipality seals from my dad’s state of Puebla. I encountered this imagery on my first trip to my dad’s hometown. The pre-Columbian names of many towns in Central Mexico remained unchanged after the arrival of the Spanish. The original names were usually appended with the names of Catholic saints. The pre-Colombian glyphs for the town names became the seals of the municipalities. In grad school, I explored the origin of this imagery and incorporated it into my work. I am interested in learning and exposing the pre-Columbian roots that permeate throughout Modern Central Mexico. As an example, the patron saint that appends towns with pre-Columbian names was often carefully selected with matching attributes to the ancient god the town worshipped. I am interested in this cultural fusion because it mirrors the cultural fusion I have experienced living in the United States as the son of immigrant parents. My work looks to create a new visual vocabulary that is profoundly influenced by my intimate relationship with two different cultures.

Has luck played a meaningful role in your life and business?
Luck is habit nurtured with persistence. As an artist, it is important to treat the profession as a craft that needs to be continuously practiced, everyday even if you feel like it or not. You can’t rely on inspiration or talent but you can rely on a habit that you practice daily. Art is a discipline that is all-encompassing. It means reading about the world, keeping informed, meeting new people, and being opened to new ideas. Art is a lifestyle that demands intellectual curiosity. Art is 80% research and 20% making. It is through the process of learning, exploring, and creating that luck is encountered. 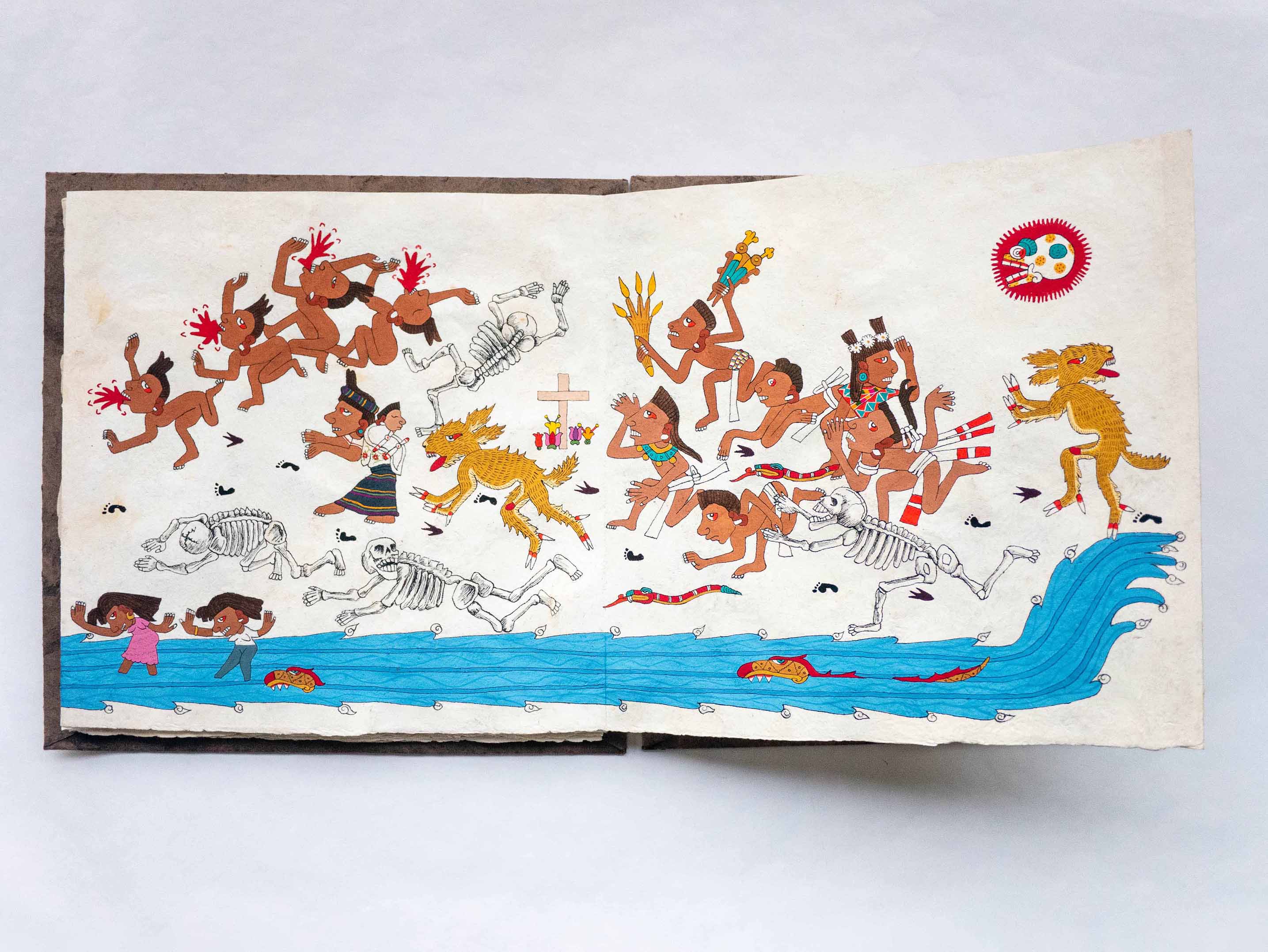 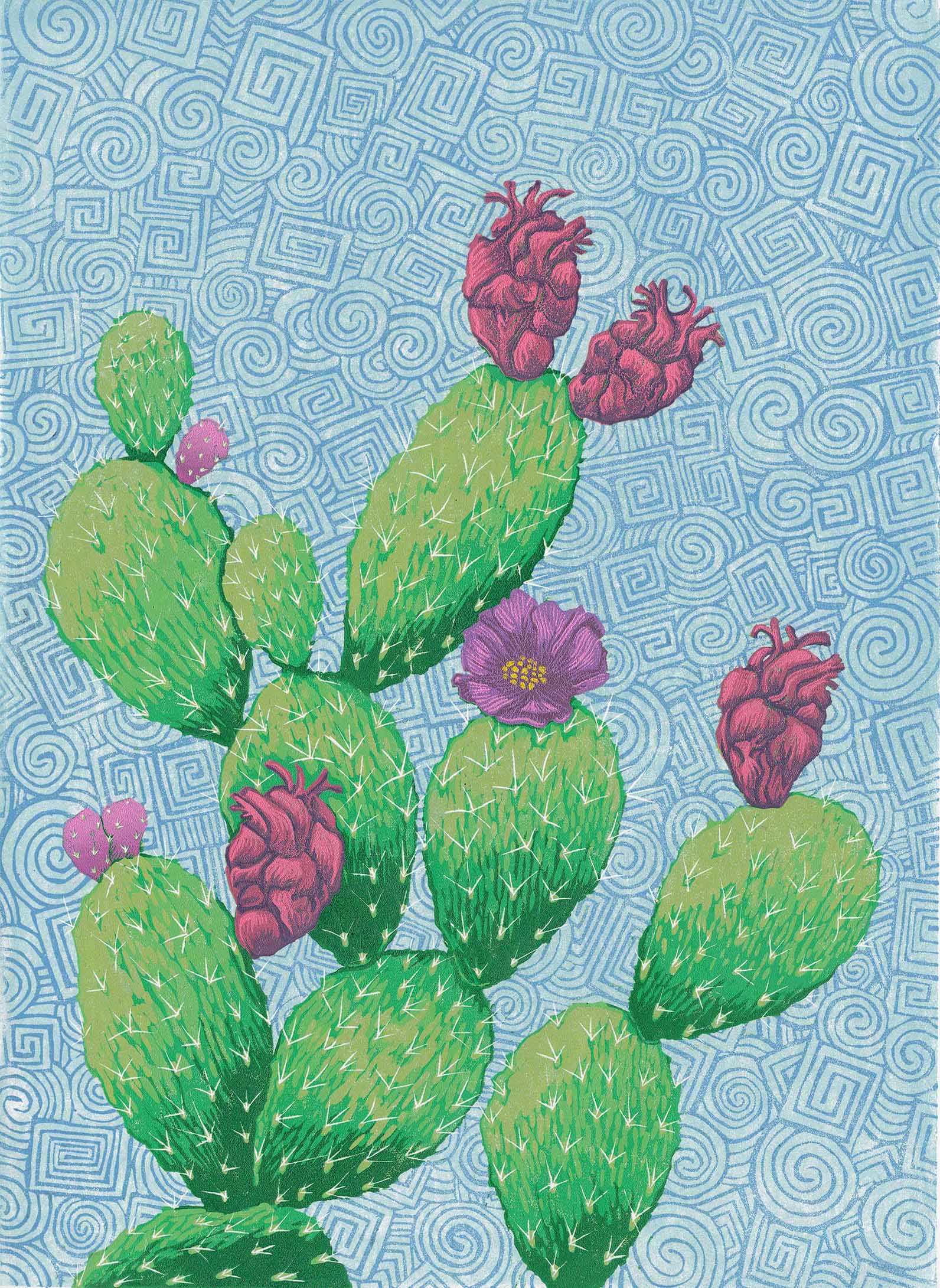 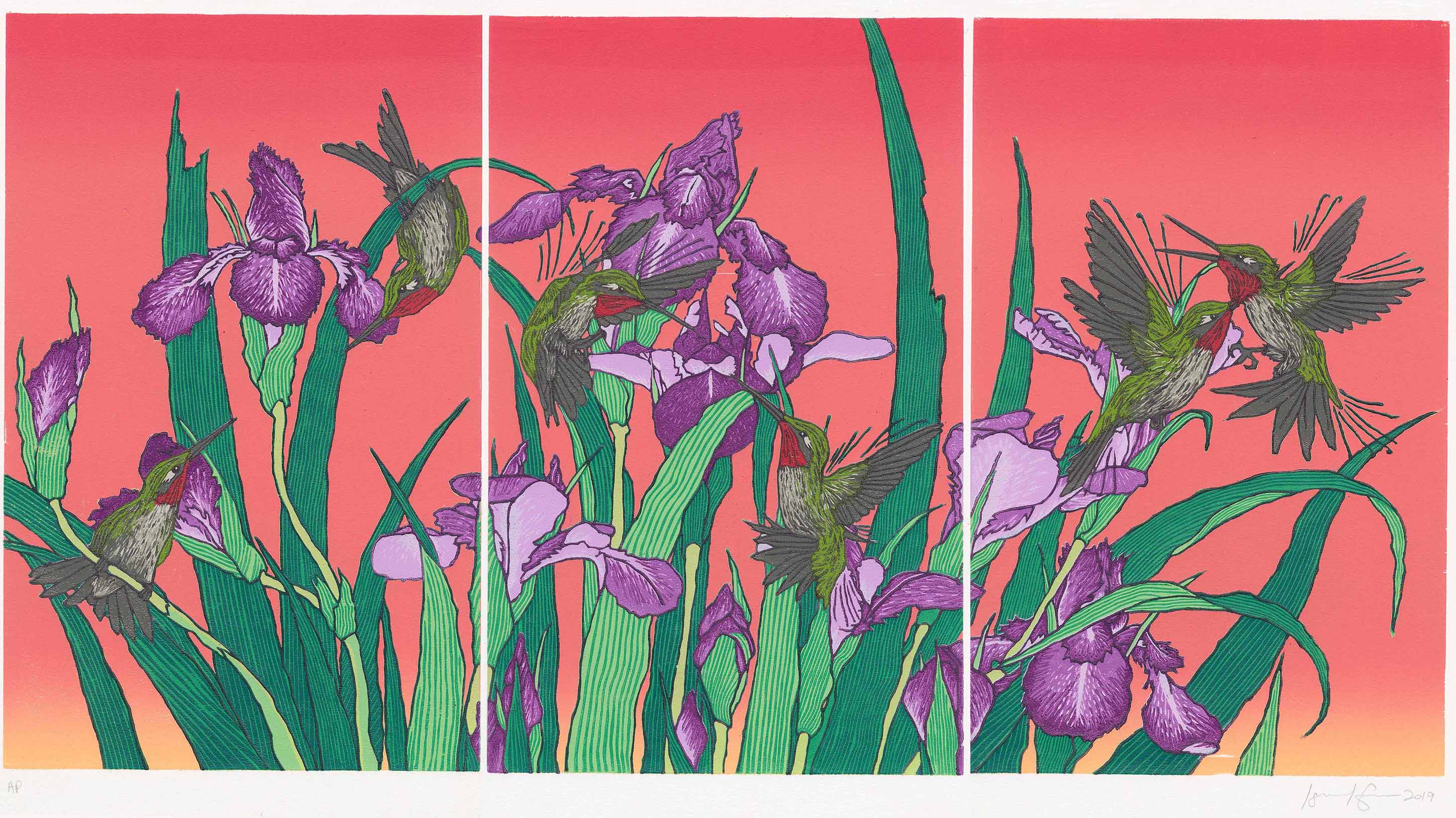 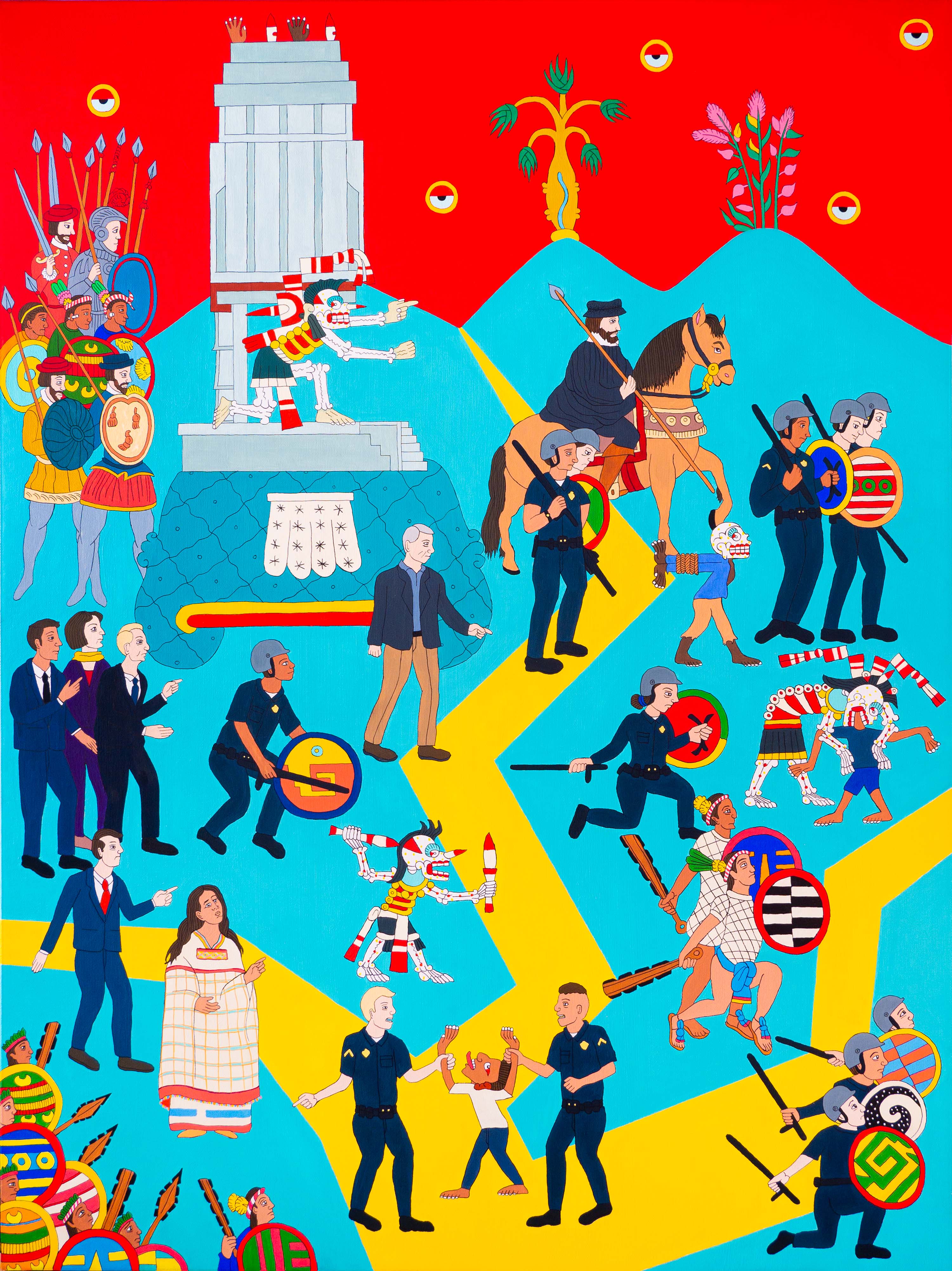 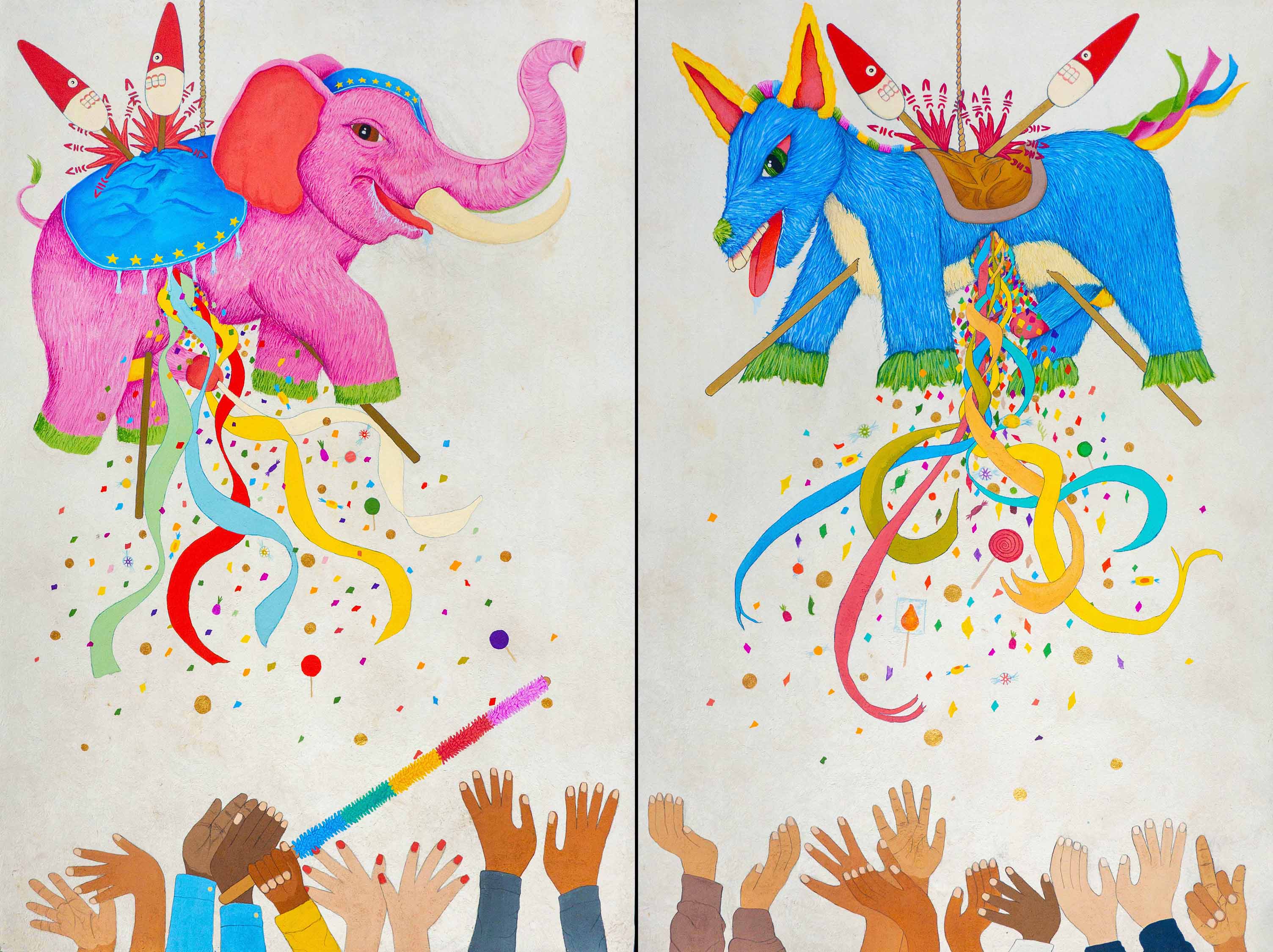