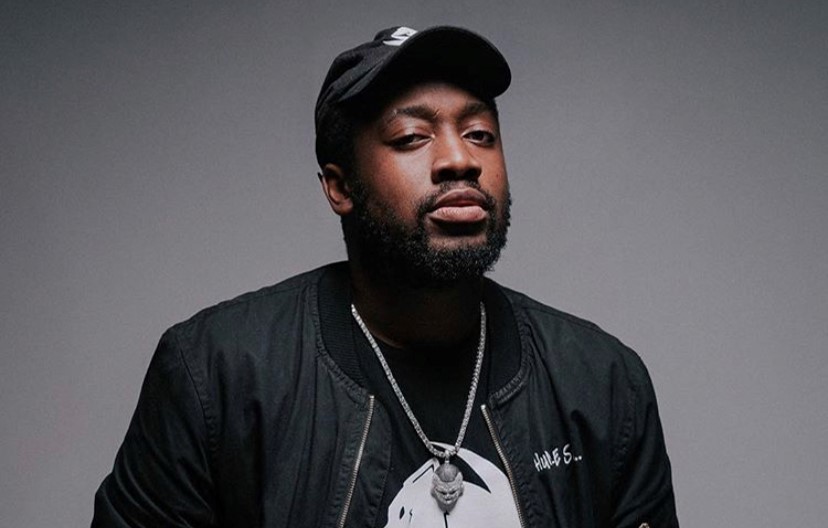 Today we’d like to introduce you to Irving Lambert.

So, before we jump into specific questions about the business, why don’t you give us some details about you and your story.
I was born Queens, NY, Moved to Hollywood, Florida then Chambersburg, Pennsylvania, grew up with a single mother and three siblings, didn’t have much and we all went through really really dark years but we made it. Ever since I was a kid, I’ve always been intrigued by movies. The movies that caught my attention are “Beverly Hills Cop” and “Rush Hour.” I always tried to mimic them with fight scenes dialogue and everything. Always been into Certain shows, cartoons or Anime on Tv, I can name a lot like dexter laboratory, power rangers, Spongebob, Ed Edd and Eddy, Gundam, Dragon Ball Z and so much more. During school, I was a 3 sport athlete, played football, wrestling and lacrosse… during those years, my peers that knew me personally knew I was a goofball and recommend me to do school plays and, etc… I tried it for the first time and I immediately fell in love with acting and I knew I wanted to do that for a career! I used to prank people in my school just for fun or create videos of a cellphone camera just for myself to enjoy.

After graduation, I ended up at a college up in Gaylord, Michigan, it’s a small town roughly 5k to 7k population. I got involved with the community helped coached football and wrestling, that open my eyes up to have more compassion and care for people and definitely helped me become a better person. Around the time period, I was attending college vine popped around. A lot of people suggested I should get on vine and make videos, I was weird at first but I tried it and I had fun with it and just kept going with it. Some of the peers that told me to get on vine was talking to me and said “this is a waste of time”, ”you’re not getting recognized“ etc. but it bothered me to hear that but I ignored them and brushed it off. I was always been under the radar and never got the social media recognition for the years I have done vine videos, eventually one day, I got reached out by Microsoft to be flown out to LA to do some content for them, at first, I thought it was fake and I responded and things shifted for me in life. When I arrived there, I was the only influencer that was far under 100k in that program, I had 2,500 at the time, then I met other creators like Kenny Knox, Cam Benson, Lenarr, Alphaxalfa. They told me it doesn’t matter about following it’s about the content, clearly, Microsoft loves your content just keep posting don’t worry about numbers, that will come. When I flew back, I had a small taste of LA lifestyle and then went back and had a different mindset of grinding, then time I started meeting other people like Minikon and KingVader. Minikon put me to game when it came to business, explain to me it’s a numbers game but also who you know and my wheels started spinning. I met Vader same day as Minikon and I asked him about his meetups he does and he invited me to his next one so I drove from Northern Michigan to Maryland and met my soon to be team members WolfGraphic. I stayed there for a couple of days and got to learn about different styles of filming and everything. I always was wanting to learn, I didn’t want the handouts, I just wanted knowledge to apply to my craft.

Between that time period, Vine shut down and a lot of people had things going for them and I started getting discouraged because I didn’t have a following on other platforms. One day, Wes “Wuz Good” Armstrong put out an opportunity about teaching people about branding, business and building a platform and I jumped on that took notes and my wheels started spinning so I reached out to brands which I end up working with 15 brands and 7 local companies. Then eventually, I was just not happy living in Michigan, I was making decent money and I like being comfortable but I was a little afraid to step out the comfort zone. I talked to my close friend Dad Mr. Gahm and I opened up about wanting to move to LA and he said “you should do it because if things fail that’s fine! At least you tried! You don’t wanna live life telling yourself I wish or I could’ve! You’ll regret if you don’t leap” so after that conversation, I told people in my group chats imma move to LA… some of them were shocked and wanted me to have a game plan or wait till I have my follow up but I told them I have zero game plan or anything! I’m just gonna go and try it out.

I sold everything packed up 3 bags and left, visited my mother in Pennsylvania and to see my sister’s graduation and told her “I’m leaving to LA,” she didn’t like that idea but she knew eventually it would’ve happened. I went to Maryland to visit WolfGraphic and I stayed at Vader’s crib and he asked me “what’s your plans after this?” I told him “I’m actually going to California and moving there!” Then, Vader was shocked and was concerned and asked: “what’s your game plan, you know anyone there or anything?” I replied “no imma just drive there and figure it out“ then His business partner Writerboy called me and was like “in my mind, I think you’re insane but I want you to go! you don’t wanna live a life of regrets! You’ll be solid out there! you got this!”

I drove out to LA and it was a definite struggle and battle without knowing anyone or zero connections. The way I built my connections is literally going to endless events, DMs, e-mailing. I have done that for seven months straight, and I met incredible people, my followers started growing. I started off at 1K when I first touched LA then after one day Vader and Tazz was talking to me and mentioned “you should do a season” in our group “seasons “ is a group of high-quality dope videos, it’s like how an artist dropping and album… it’s basically an album of videos. So, I dropped my first season and it shot me up to 6k to 10k followers and then eventually I worked with Writerboy and Vader behind the scenes. There was a lot of hard work behind them but we know the art was going to be a hit. It opened up to other influencers working with me like Pierrestepz, Marlon Webb, G. WayneTV Destorm and more. The next year, I worked on my 2nd season and the quality and I couldn’t of done that without WolfGraphic and the people that brought the quality Johnny Maui, Moodsbymonica, and Matt Rawlston and concepts were way better than my first one and that opened up a lot of doors and I ended up working hard and worked with bigger brands such as Netflix, Zeus Networks, Facebook and etc. My business partners In the acting world Jean Elie, Jay Linzy, Micheal Egemba, Baron Thrower, Jessica Vanessa, and DJ Rivers stressed to me I need to get headshots, reels and everything for the entertainment industry if I want to get opportunities. Due to my hard work, I got signed to a talent agency “International Idols Agency“ which definitely shifted a lot of things in a positive way and I also ended up filming and directing music videos for a lot of independent artists for “Eli Anderson,“ “Dia Michelle,“ “Celena Cruz“ and more. I am not where I want to be at yet but I know it’s close, longevity I want to be on national commercials or TV shows and definitely inspire people you can come from nothing and be something! Currently, I’m working on my third season called “Rise of Irving 3” I have a lot of new faces and dope concept coming like a Mario Kart Video, a Power Rangers, Teen Titans and so much more! I’m very confident that this will open up way bigger doors and opportunities.

We’re always bombarded by how great it is to pursue your passion, etc. – but we’ve spoken with enough people to know that it’s not always easy. Overall, would you say things have been easy for you?
It definitely was not a smooth road! Struggles I came across is not a lot of people will give you a “yes “ which is discouraging but you have to have thick skin in this industry… there were days I had negative balance in my bank and I couldn’t do anything, I was stranded, and times I just didn’t eat because I couldn’t afford it… one of the primary struggles is convincing a company to work with you because end of the day it’s a numbers game… yeah, you might have dope content and everything but if you don’t have minimum 100k followers, it’s hard to convince them. LA is definitely a mental game, you definitely gotta be tough and not let a lot get to you or you can get eaten up by this city fast.

We’d love to hear more about your business.
WolfGraphic is a group of dope hard-working creators it’s run by KingVader, Tazz and Astroo. We are known for making super creative viral videos. I am known for getting things done and having endless random connections to certain things and I would help produce a lot of people videos and setting them up and line them up to execute the project really well. I have a lot of proud moments even having a hand and helping a video go viral. What sets me apart is I definitely work 10x harder than an average person, I always come with surprises to the point people are like “how did you do this,“ I always rise to the occasion.

What were you like growing up?
I’ve always been an introvert and didn’t say much to people that I didn’t know! But if I knew who you were, then I was just a nerd goofball… I was interested in sports, anime, and cartoons. I always gave love and respect to people no matter what, who and where they are. 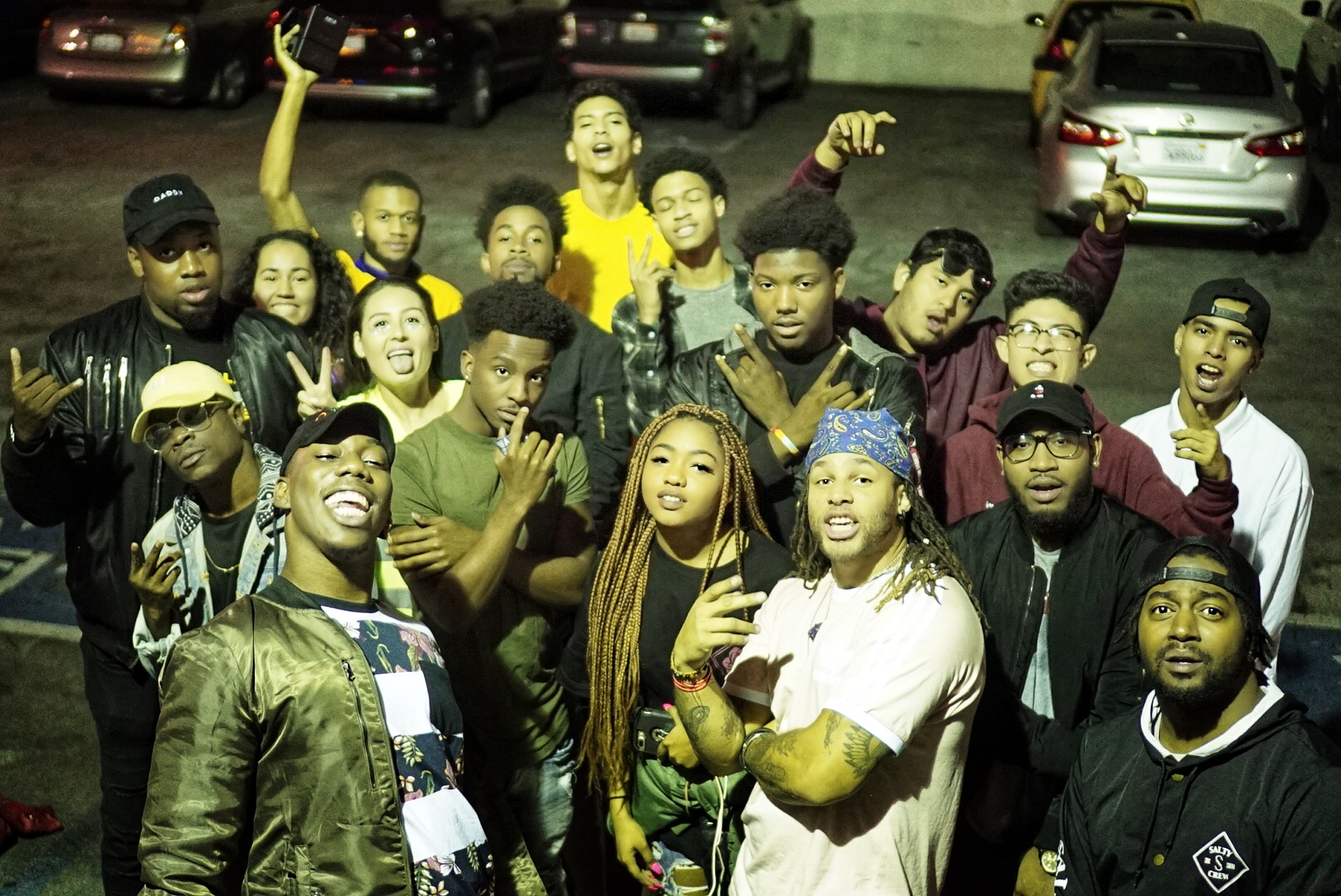 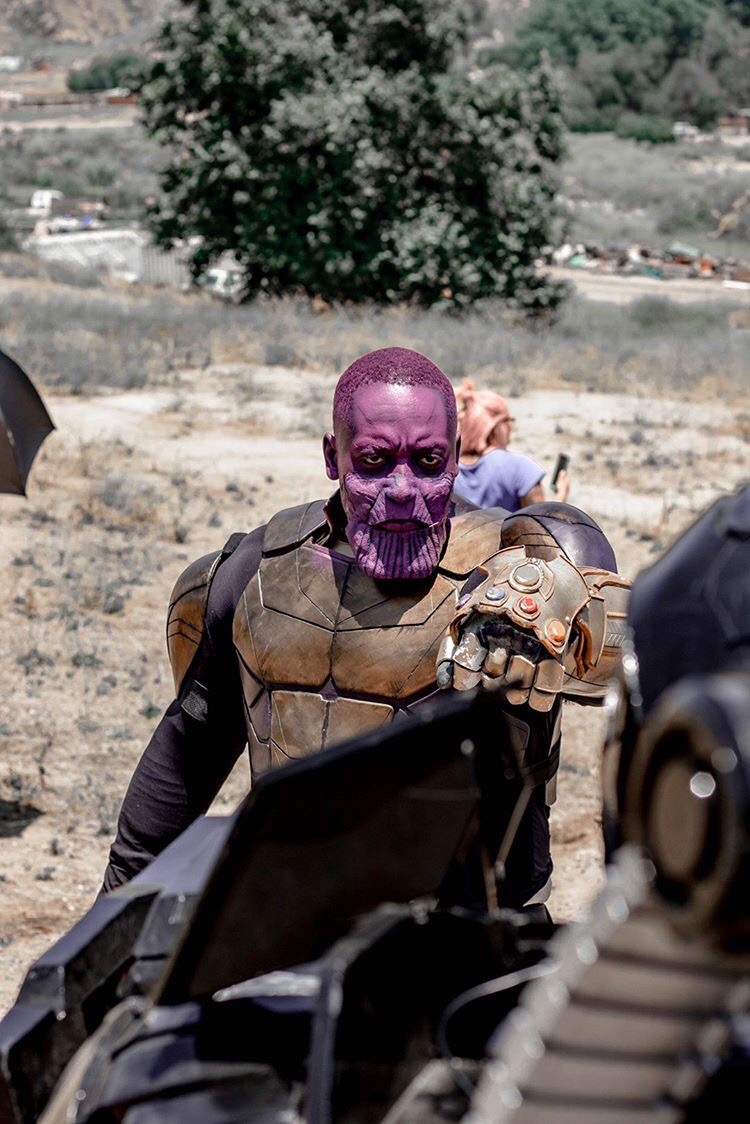 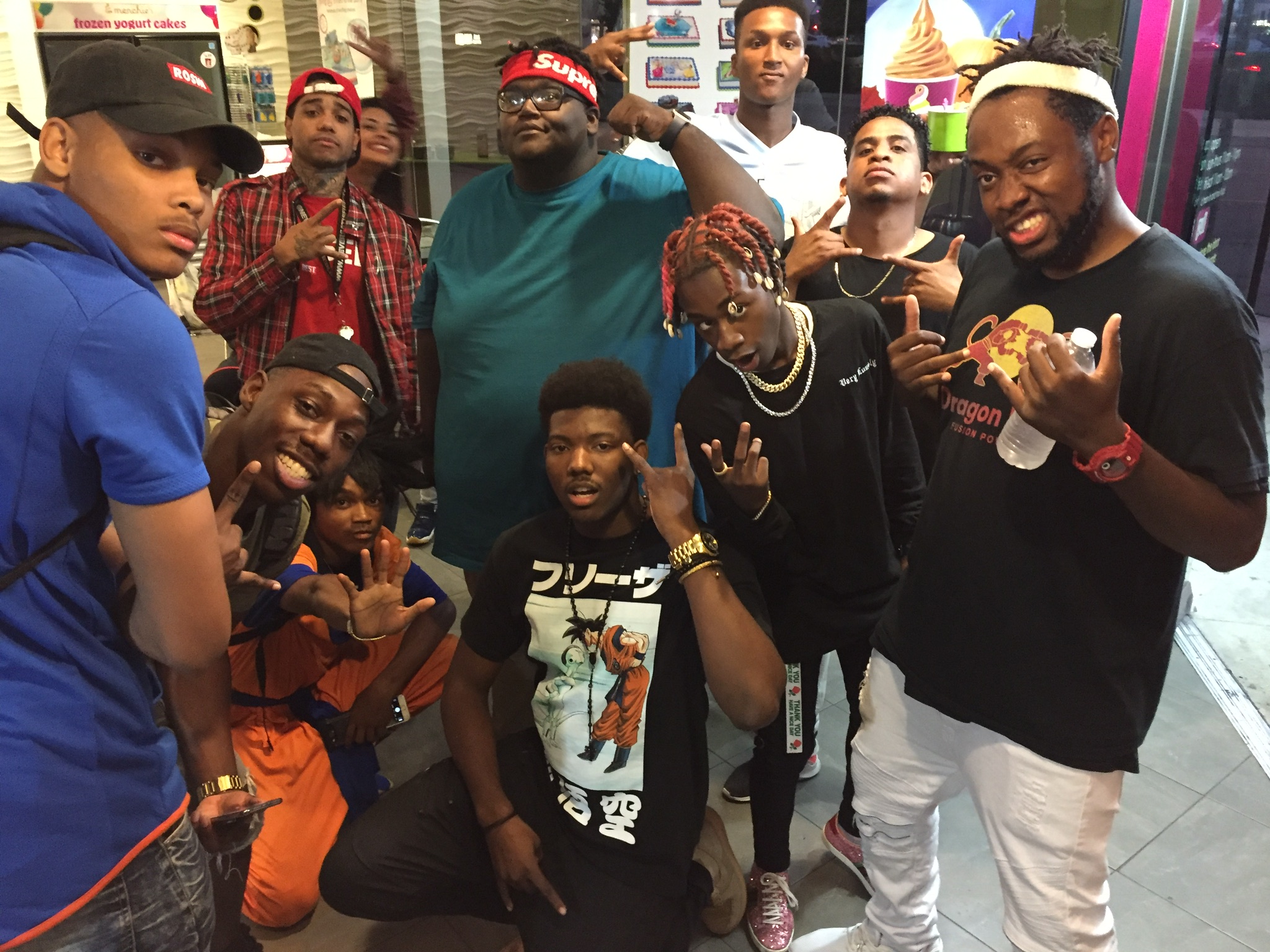 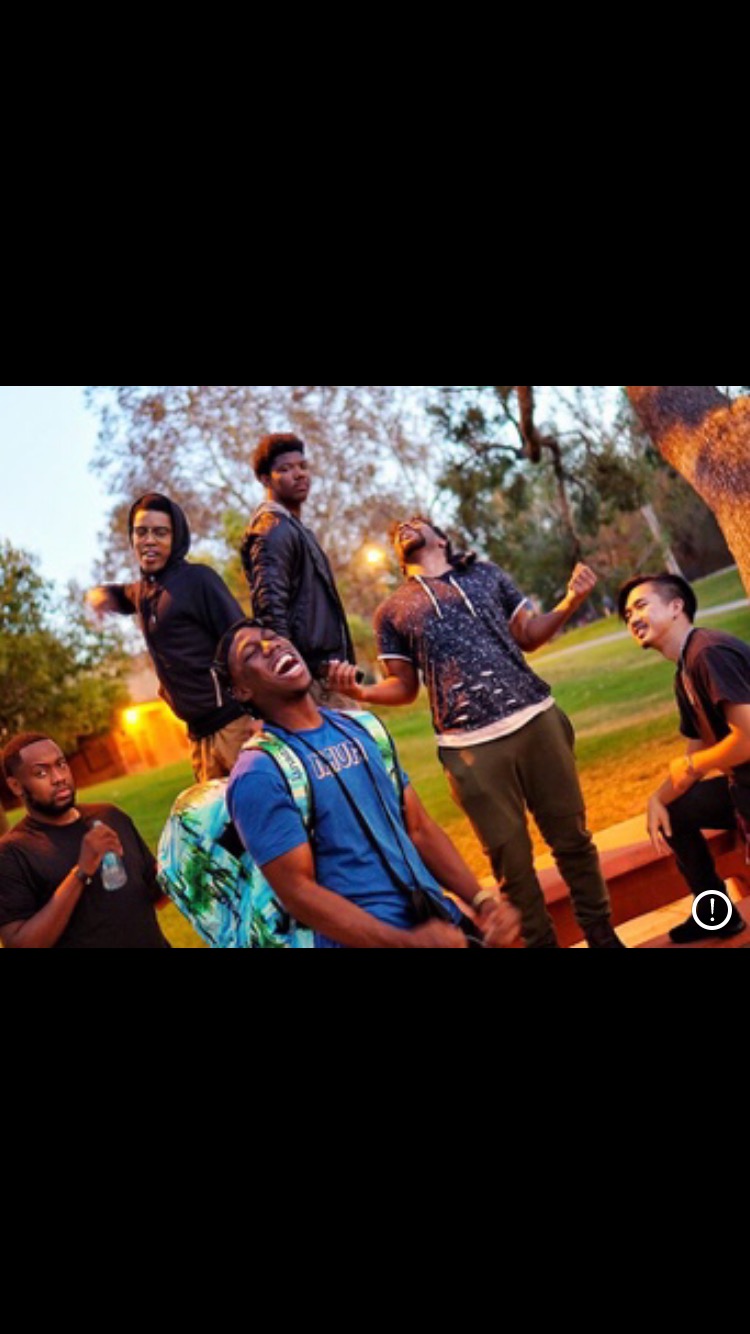 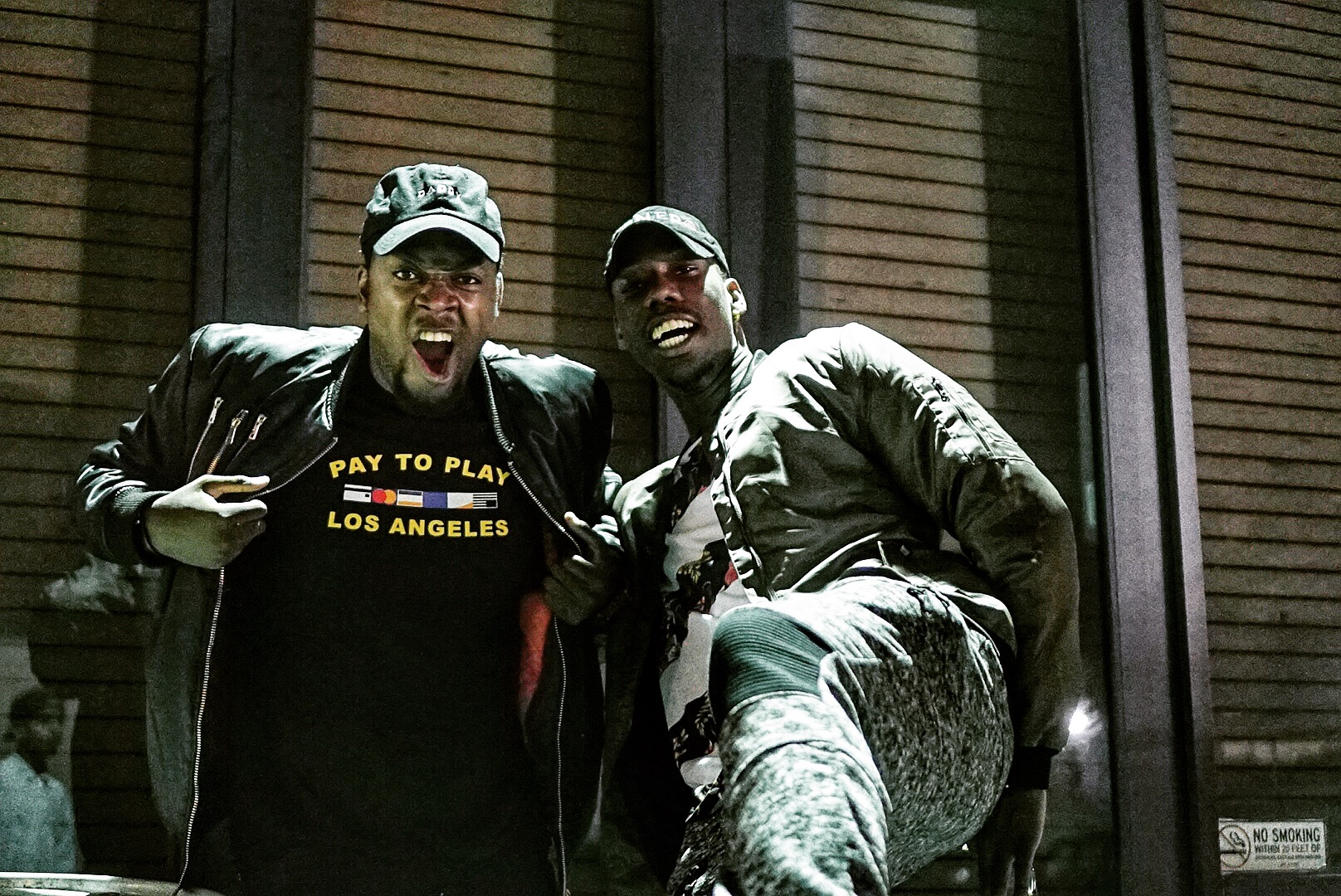 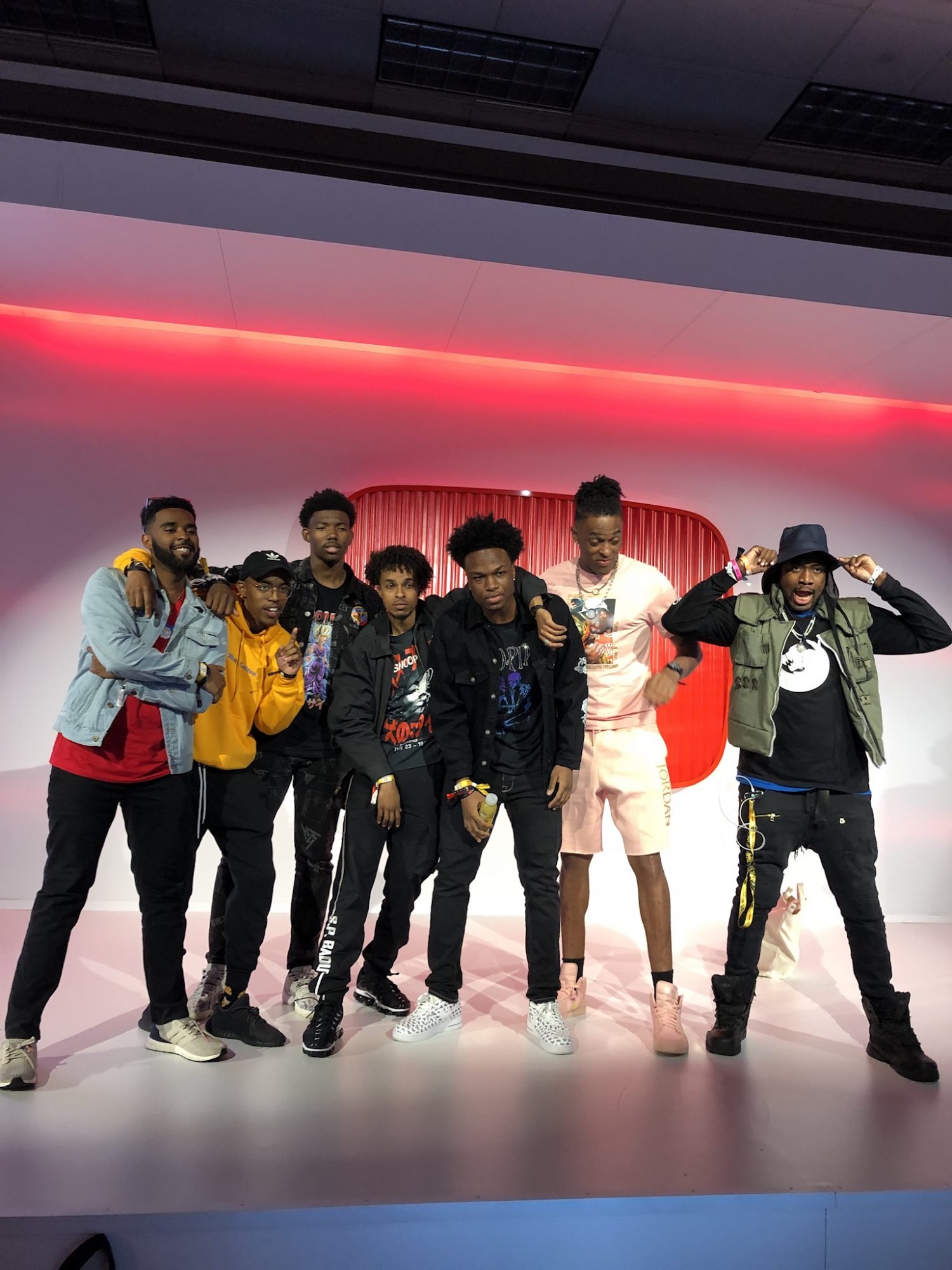 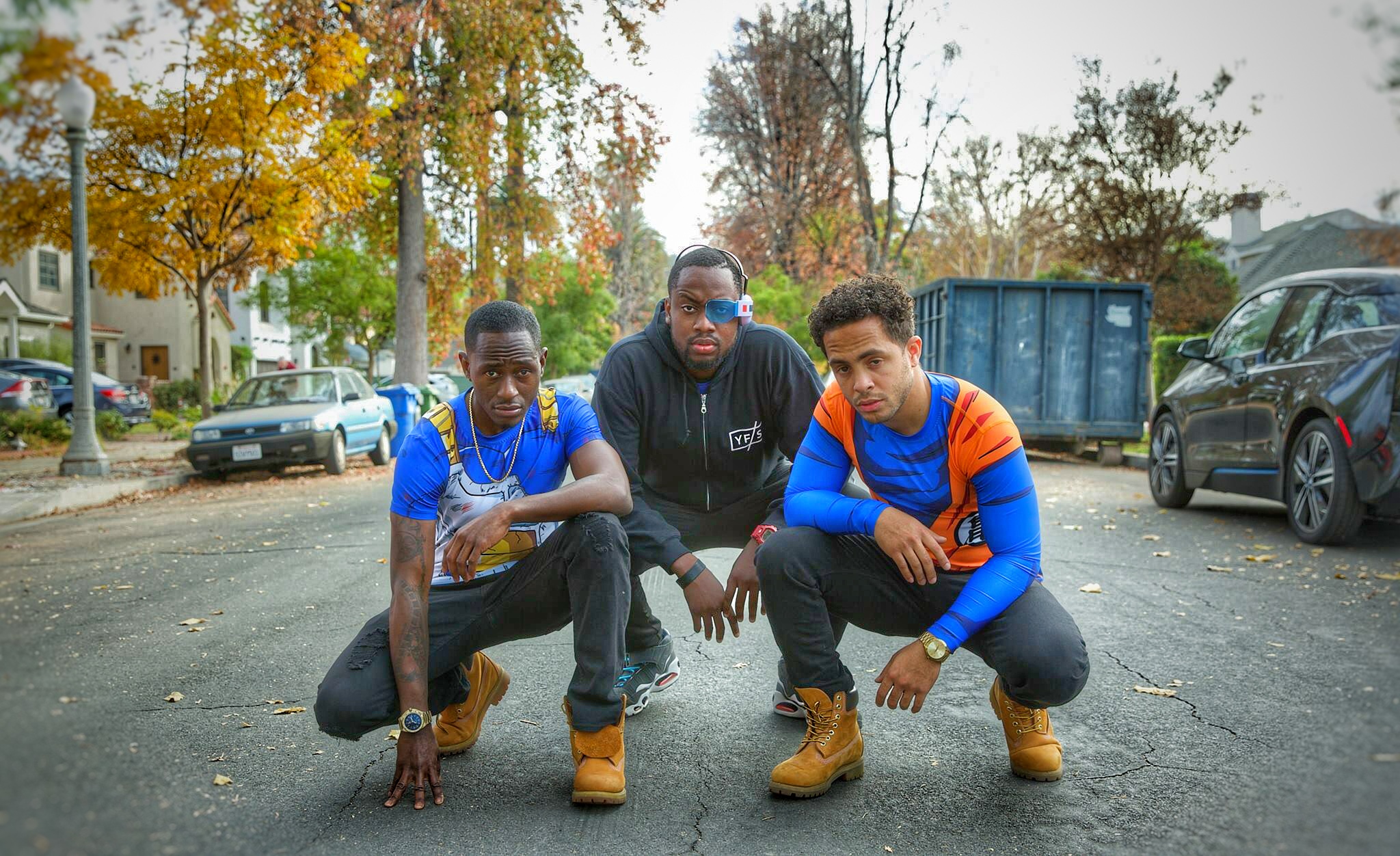 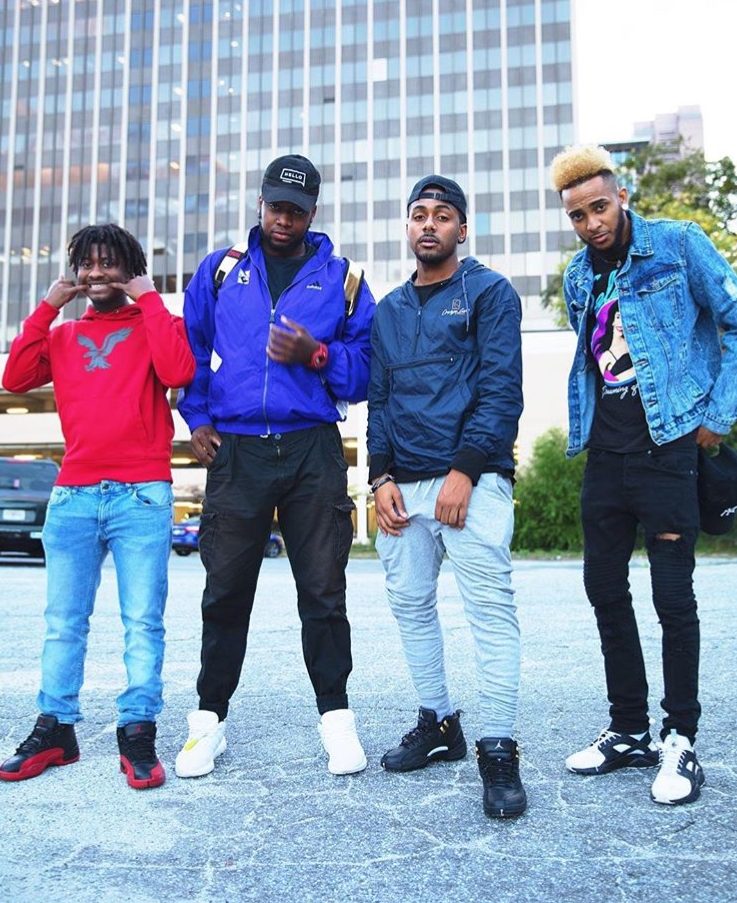 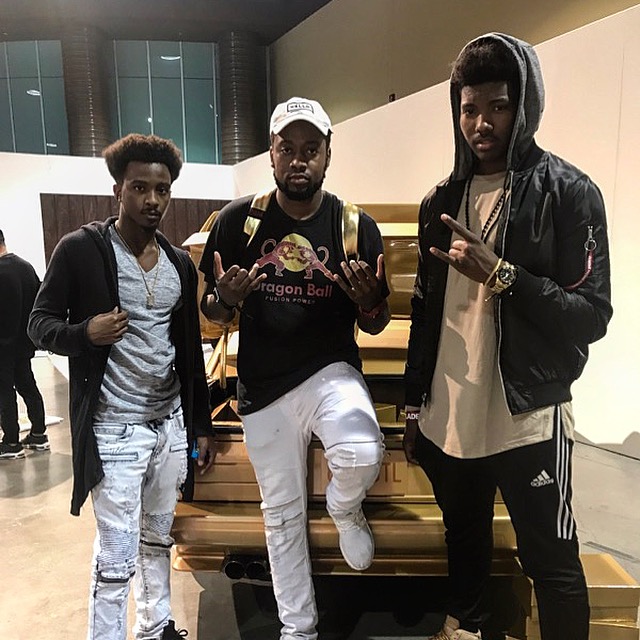 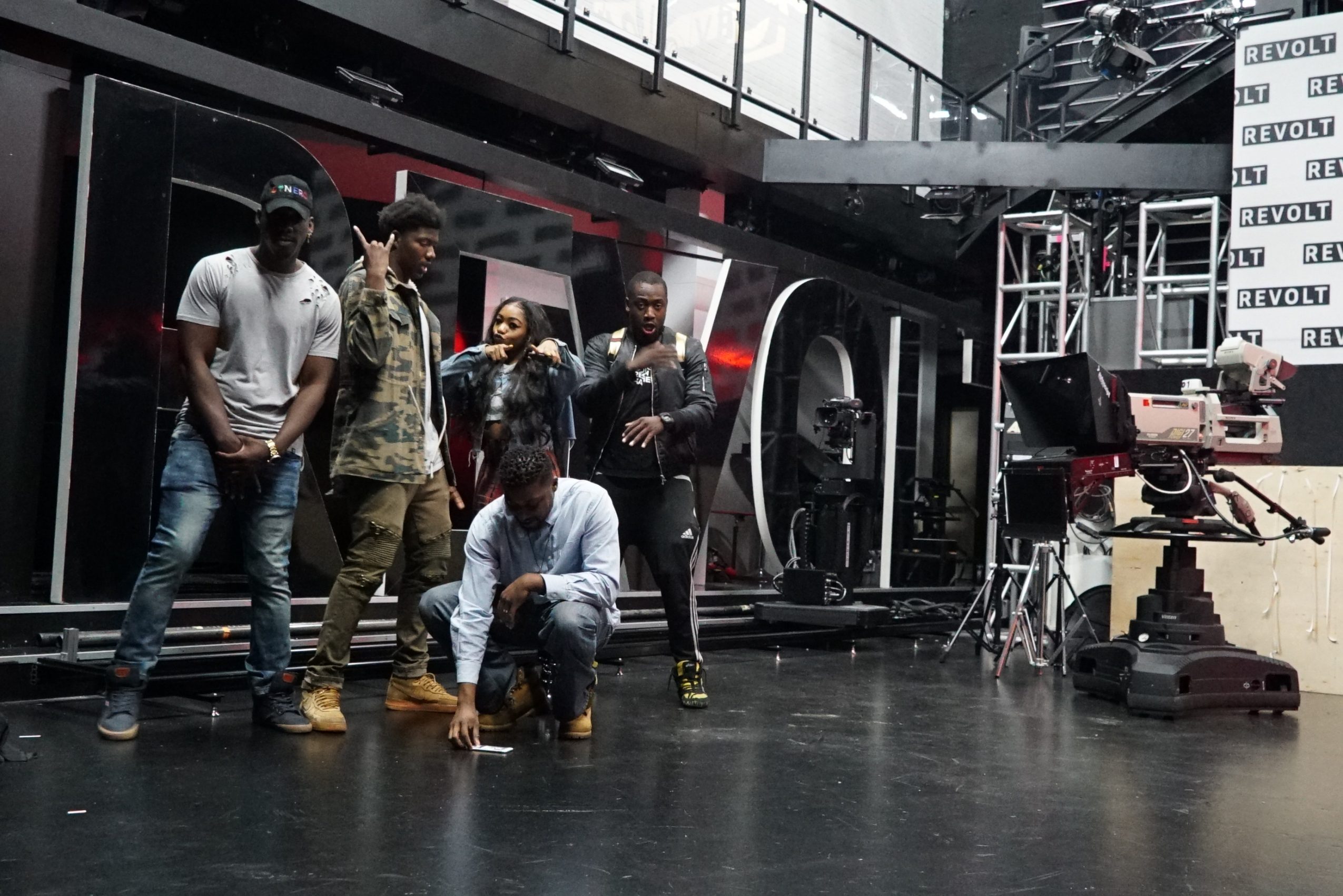