Today we’d like to introduce you to Ingrid Kan.

Ingrid, please share your story with us. How did you get to where you are today?
I was born and raised in the Bay Area by my mom and dad, who immigrated from Taiwan and Hong Kong respectively. I also have a younger sister who studies communications design at Parsons School of Design in New York and is currently a graphic design intern at Columbia Records. Both of my parents work as computer programmers and engineers, but I’m really fortunate that they support my love for drawing and my sister’s love for design and encouraged both of us to pursue a career in art.

Drawing was something that started out as a hobby for me. I started drawing mostly because I was obsessed with Pokemon as a child (still am). My grandma would record cartoons on videotapes for me to watch whenever I stayed over at her place, so I would try to recreate the characters I saw in those cartoons. My love for drawing and animation grew the more I watched animated movies and shows, and it kept growing as I started playing more video games as well. I also started to get interested in writing, and eventually I started drawing my own characters and creating stories to go along with them.

I had dreams of working in the animation industry, but I felt that the idea was too far-fetched and that I should do something more practical instead. I was also interested in biology and physiology at the time, so I decided that maybe working towards becoming a marine biologist was better (and also because I was absolutely obsessed with sea animals). However, later in my high school years, I started to lean more towards pursuing art as a career. In 2013, I attended a summer college course on animation at the California College of the Arts, and I had a really fun time there. I took an Advanced Placement Art class in my senior year of high school, and my art teacher convinced me to try pursuing art as a career instead because he thought that I had a lot of potential. I’m really grateful he persuaded me to because I probably would not have made it to where I am now if I decided not to.

After I graduated high school in 2014, I moved from my hometown in the Bay Area to Pasadena and attended Art Center College of Design. I was deeply inspired by all the talented and hardworking people I met there, and I’m so glad that I was able to make so many good friends there. Since graduating in 2018, I have worked as a freelance artist doing many different jobs including storyboard artist, character designer, prop designer, and poster illustrator. I freelanced as a storyboard artist for Warm & Fuzzy and worked on a W Hotels advertisement promoting traveling and surfing in Costa Rica. I have also freelanced for Gold Valley Films and did storyboards for an unannounced animated feature film. I also worked as a freelance storyboard revisionist for DreamWorks, but now I work full-time! I also still love drawing my own characters in my free time and am interested in doing my own graphic novels or comics someday.

We’re always bombarded by how great it is to pursue your passion, etc – but we’ve spoken with enough people to know that it’s not always easy. Overall, would you say things have been easy for you?
There have definitely been a lot of challenges along the way. The workload at Art Center was intense, and like so many of my colleagues, I found it hard to avoid comparing myself to other artists and wondering whether I was good enough. Originally, I wanted to focus on visual development, but I realized I wasn’t really cut out for designing props or backgrounds. It took me a while to figure out that I actually wanted to do storyboarding.

I also didn’t land a job right away after I graduated; it took a year of endless emailing and hustling for freelance opportunities before I got to where I am now. I managed to get a few freelance gigs during this time, but offers weren’t frequent enough, and I feared that I wouldn’t be able to make it in an industry that I poured so much work and money into. I landed many interviews and test opportunities during this time as well but I never managed to pass any of them. My friends were all quickly landing jobs, and paired with the constant rejection emails I was receiving, my self-esteem was dangerously low and I was scared of becoming a disappointment. Nevertheless, I stubbornly kept sending out job applications and making connections when I could.

Even though I have a full-time job in the industry now, I still find myself struggling with my own perception of my abilities from time to time. It’s difficult to not compare yourself to others and wonder whether you’re truly doing a good job or not. I’m sure a lot of artists feel the same way because we tend to never be satisfied with ourselves and are constantly striving to improve. I think what helps me nowadays is to step back and remind myself that I am doing the best that I can do in the moment, that improvement will come with time, and that there are always people there supporting you.

We’d love to hear more about your work and what you are currently focused on. What else should we know?
I work as a storyboard revisionist on the show “Where’s Waldo”! It’s based on the books by Martin Handford and it follows Waldo traveling to various places in the world with his friend Wenda to find these magical keys. As a storyboard revisionist, I’m responsible for making changes to the storyboards based on the notes I receive from my supervising directors. Some things I have to do include redrawing or repositioning characters, adjusting camera movements, and re-boarding sequences when needed. It’s my first full-time studio job so it’s been an incredible experience so far! My crew is full of wonderful people and I enjoy working together with all of them.

Has luck played a meaningful role in your life and business?
I feel that luck is something that plays a huge part in life overall. There are so many different paths in life and so many factors that can affect them, and it just so happens that all these factors led to where I am today. I’m really fortunate to have parents who are supportive from the very beginning, who acknowledge my interests and are willing to sacrifice so much to help me work towards my goals. I had the immense privilege of attending Art Center, and through the years I was lucky enough to meet amazing friends and teachers who pushed me to work my hardest and to never give up. I was extremely lucky to have been recommended for a freelance gig on an unannounced show at Dreamworks, which eventually led to me getting my full-time job on “Where’s Waldo.” 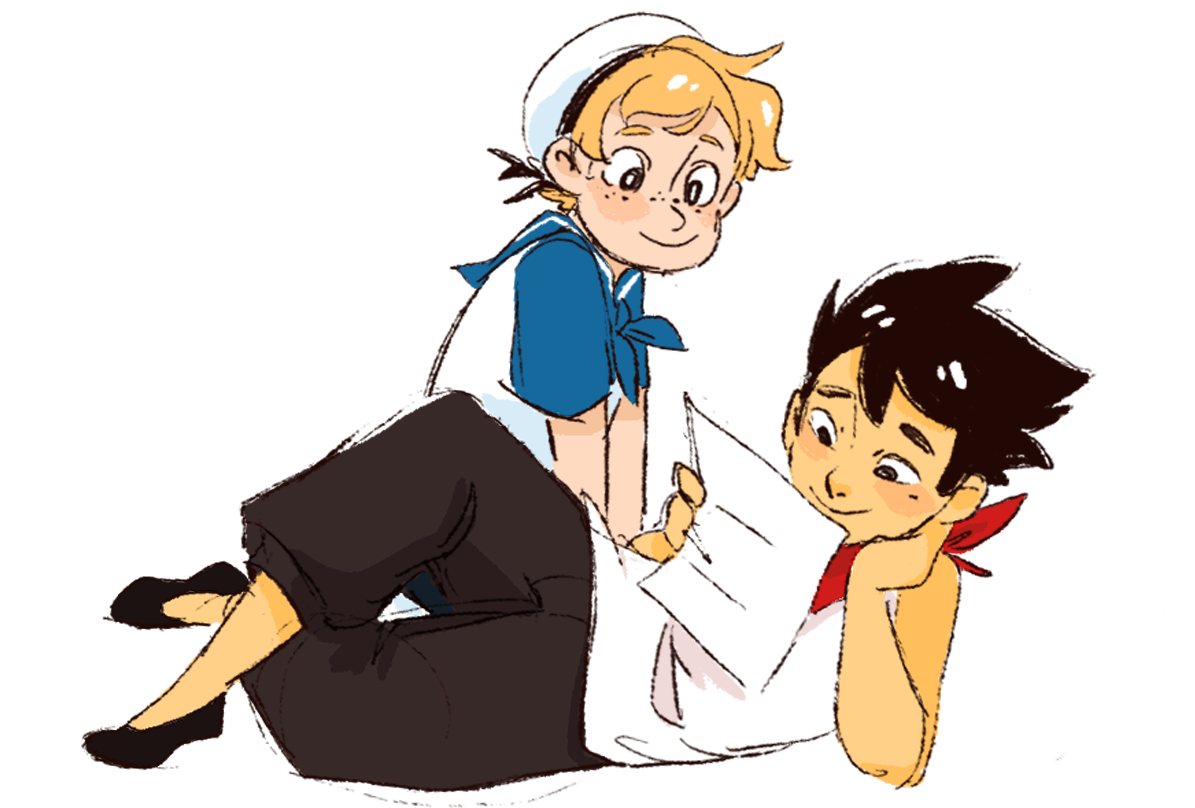 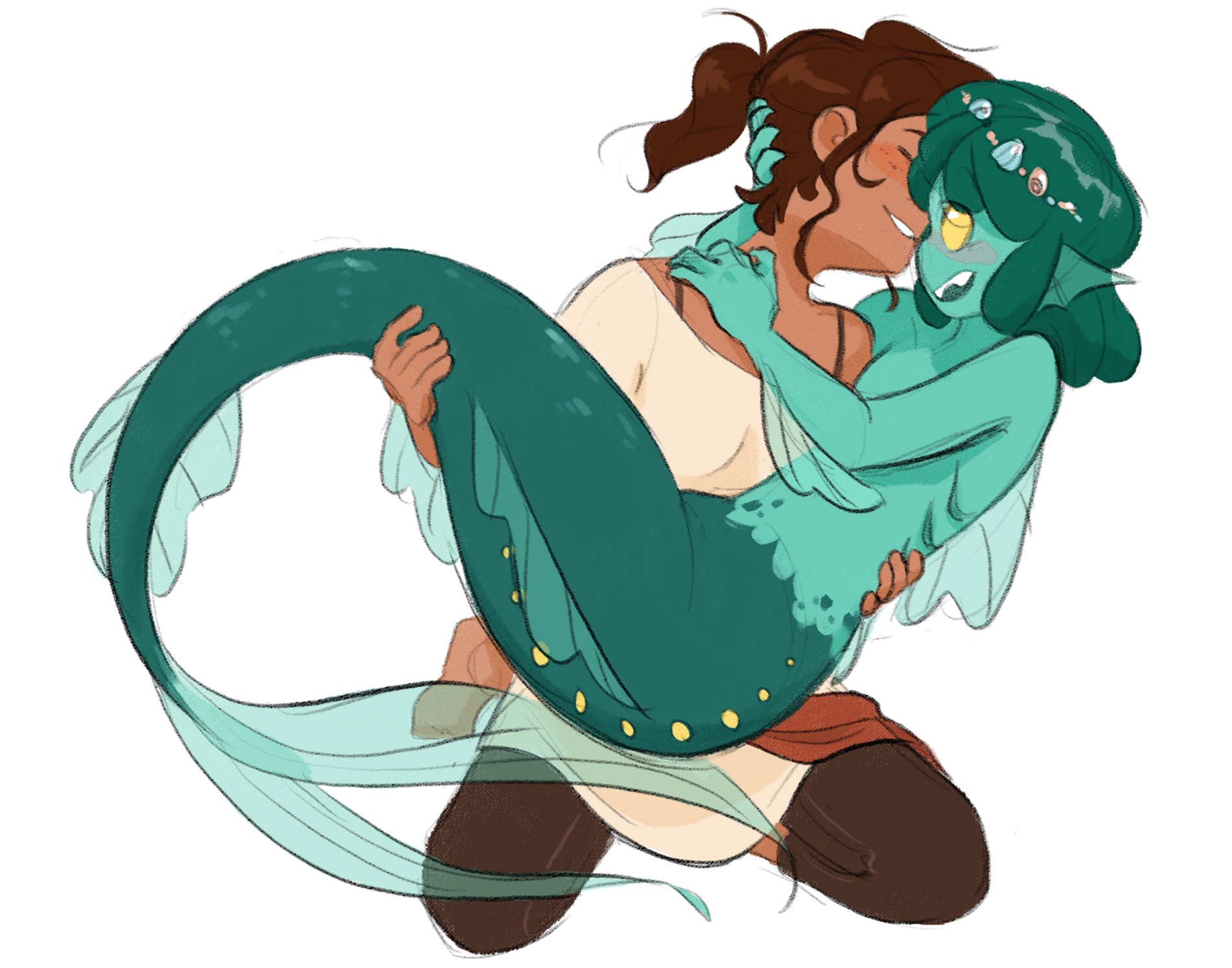 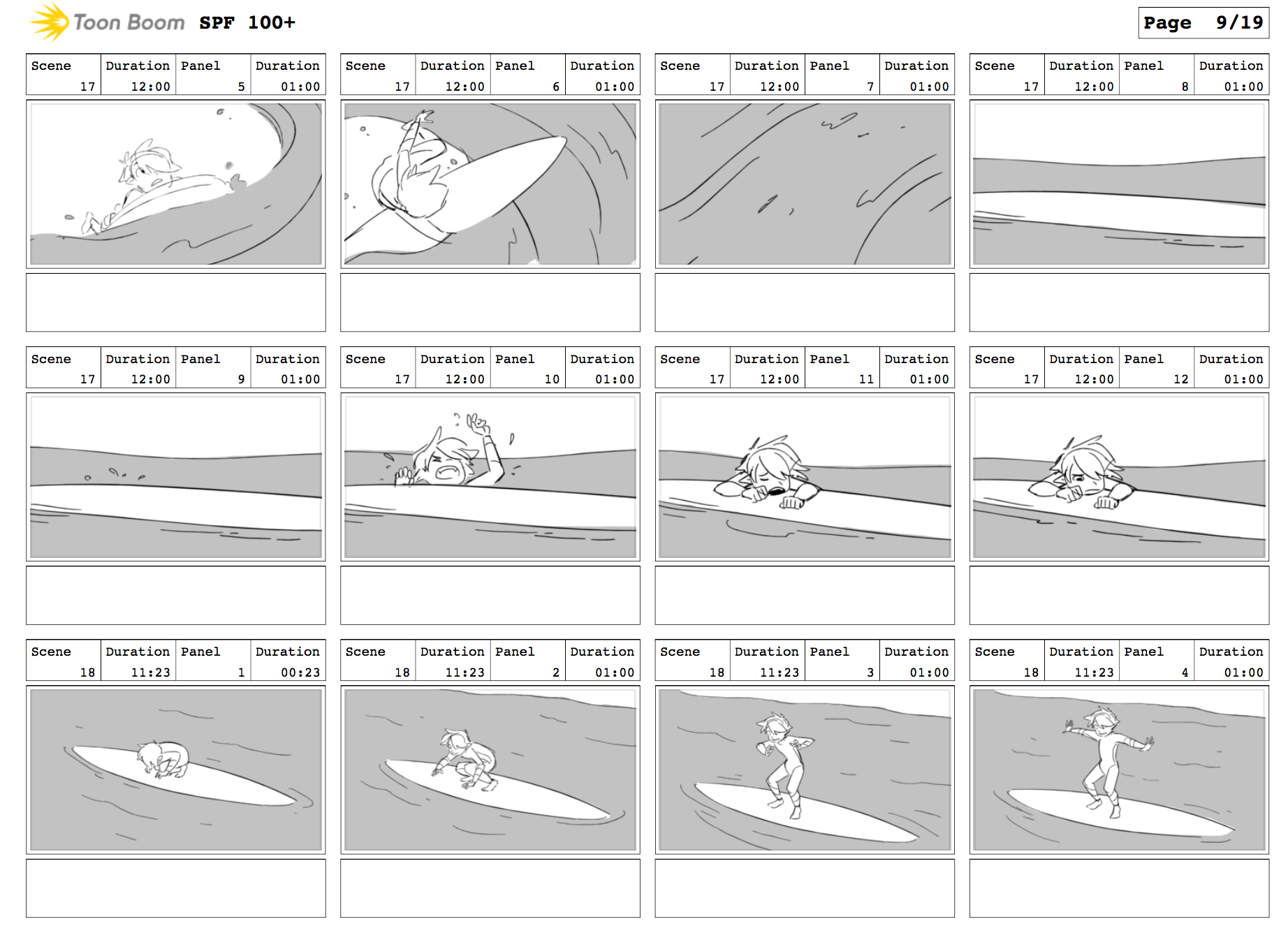 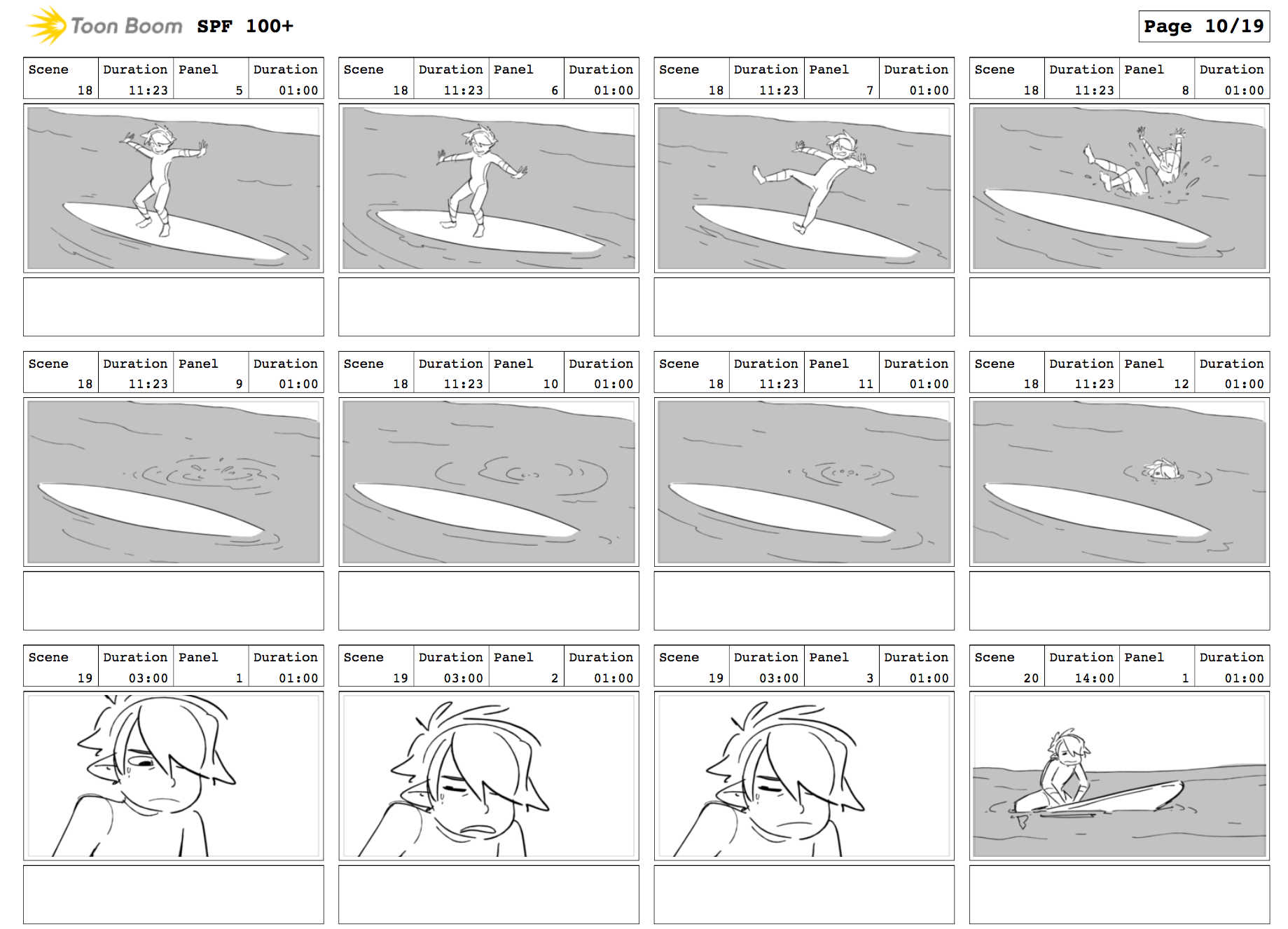 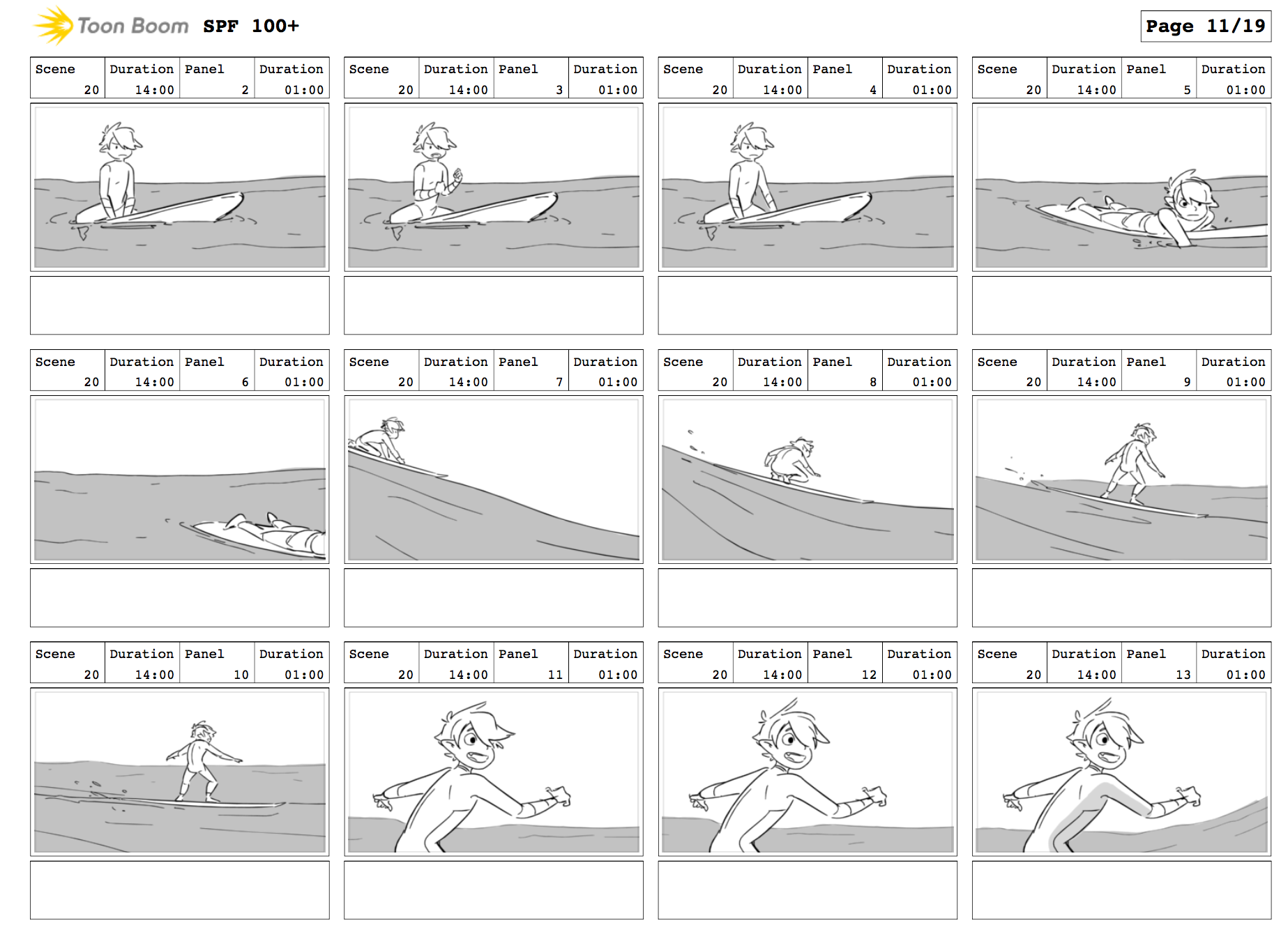 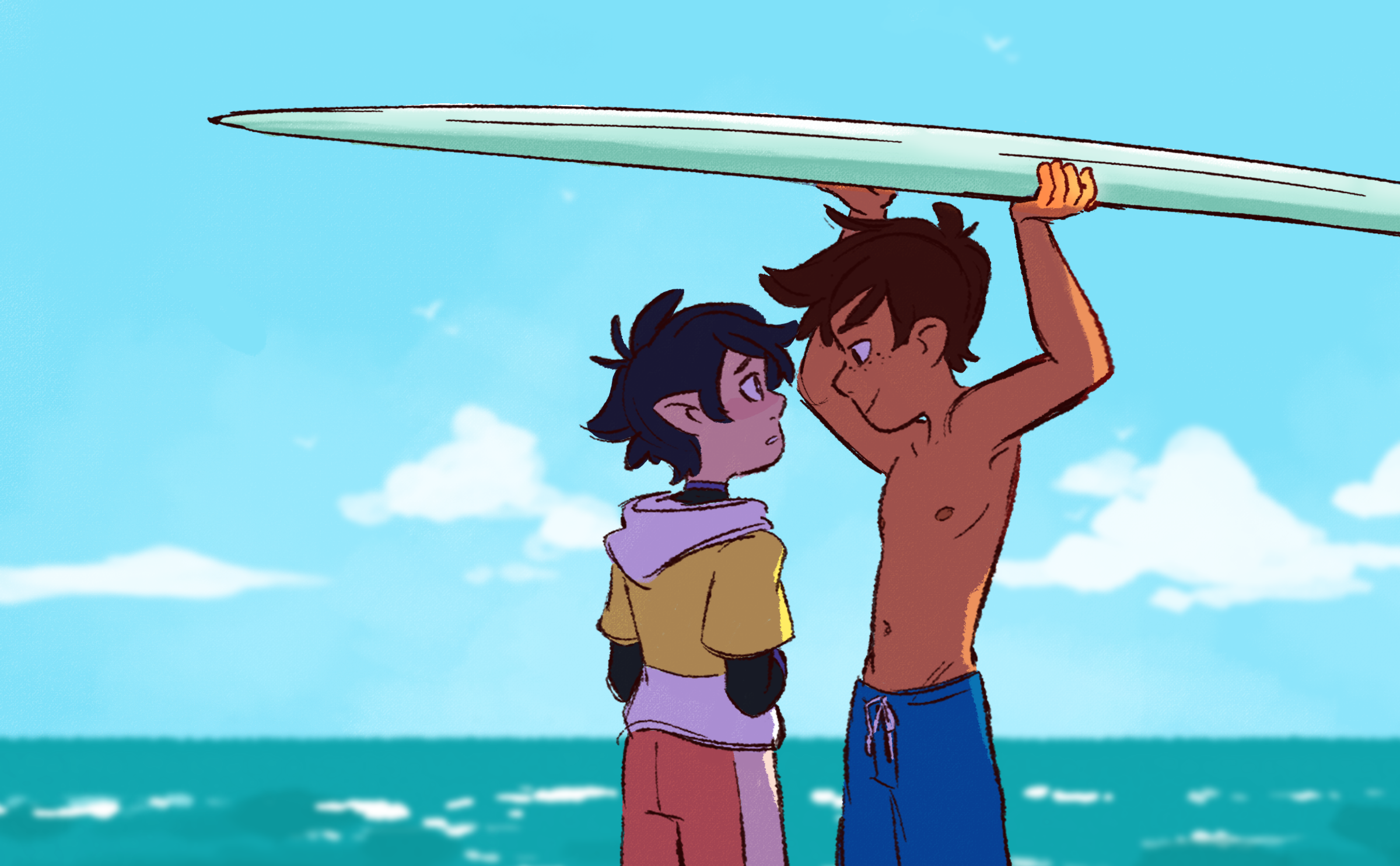