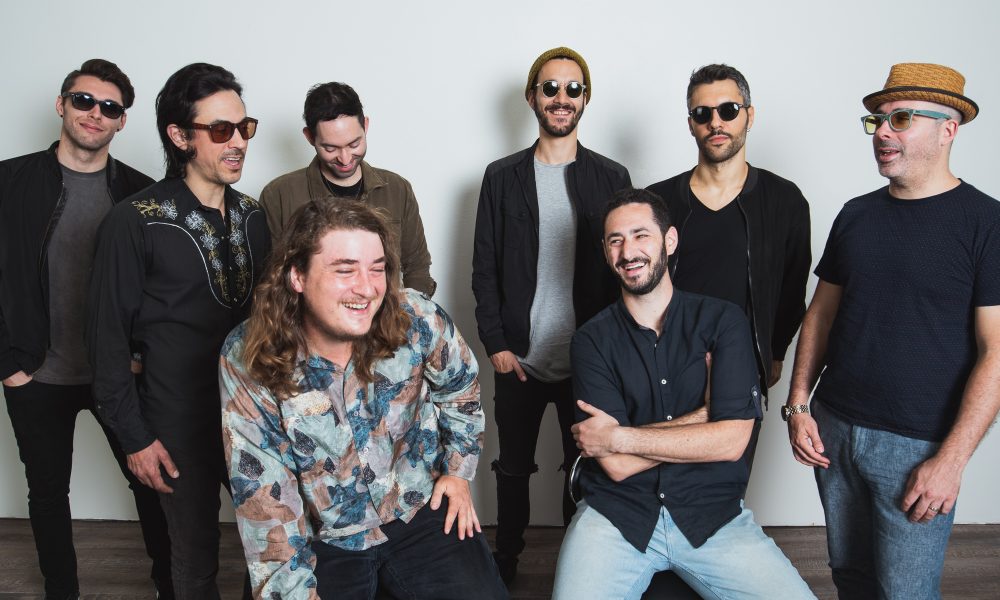 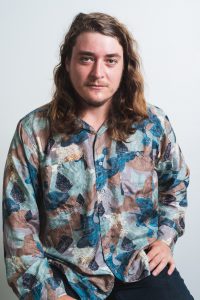 Today we’d like to introduce you to Ian Roller.

Ian, please share your story with us. How did you get to where you are today?
I founded GENR8R with the intention of making people dance to live, creative, original music. We are an 8-piece band at our core, and in addition, we feature a variety of vocalists, rappers, tap dancers and more. We’ve been performing around the Los Angeles.

I grew up in Mar Vista, which is just outside of Venice. Our trumpeter and one of GENR8R’s main composers, Gabriel Steiner grew up in Venice proper, and we attended all of the grade school together K-12. We grew up as close family friends, playing in school bands together – first at John Adams Middle School, then at Hamilton Music Academy.

Gabriel went away to Michigan for college, while I stayed local, attending CSUN. When he got back, I knew I wanted to write music with him. About a year later, we started writing, I assembled a band, and we started playing around town.

As a large band performing and recording original music almost exclusively, we certainly aren’t doing it for the money. Our band is a mix of musicians born and raised in Los Angeles, and transplants from the Bay Area, Chicago, Pittsburgh, France, and Italy. In our four years as a band, we have carefully (and sometimes recklessly!) cultivated our sound to where we think we have something truly unique and special to offer this already thriving Los Angeles local music scene.

Great, so let’s dig a little deeper into the story – has it been an easy path overall and if not, what were the challenges you’ve had to overcome?
With a band of this size, certain challenges repeatedly present themselves along the way, from scheduling rehearsals, gigs, and recording sessions to simply finding new places to play where we can fit 10+ musicians on stage at once.

But overall, all the musicians we have been fortunate to call members of the GENR8R crew have made everything run shockingly smoothly. Each member of the band is a working professional musician, and a leader in their own right, so everyone generally understands what is expected or required of them at any given performance, recording session, etc. They make my job as bandleader so incredibly easy and fun!

GENR8R – what should we know? What do you guys do best? What sets you apart from the competition?
A few things set us apart. The first and most apparent thing people notice when they come to see us perform live is that we are about twice the size of most bands you will find around town performing original music.

Second, our band features some of the top studio musicians in Los Angeles, some of which you will rarely find playing a show in LA as accessible as a GENR8R show. And third, in this age of playing “live” shows with tracks, drummers using sample pads to add synthesized sounds to their drum kit, our live performance is formatted to where each show can be vastly different from the last.

This again is made possible by having such exceptionally talented musicians that we can trust to tastefully go beyond “the drum groove” or “the written chords,” to feed off of the energy of our audience so that every moment feels fresh and custom-made for that specific audience in that place and time.

We like to give plenty of room for our musicians to interpret our music differently each and every time it is performed. It feels more honest that way. I strongly encourage each member of the band to find tasteful ways to bring their own personal touch to each performance.

What moment in your career do you look back most fondly on?
I would say our proudest moment so far has been having our first single from the album, “Over It” featuring TJ Wilkins premiered on KCRW by local tastemaker/DJ Jeremy Sole.

That song was co-written by Gabriel Steiner and I, and TJ Wilkins is an old friend of ours from high school who also did very well one year on The Voice and does all kinds of incredible work singing with The Jacksons, the Brandon Brown Collective and more. But yeah, I had a nice little dance in the parking lot at Taco Zone that night. 🙂

But a very close second proudest moment was when “Music for People,” our debut LP came out November 30. 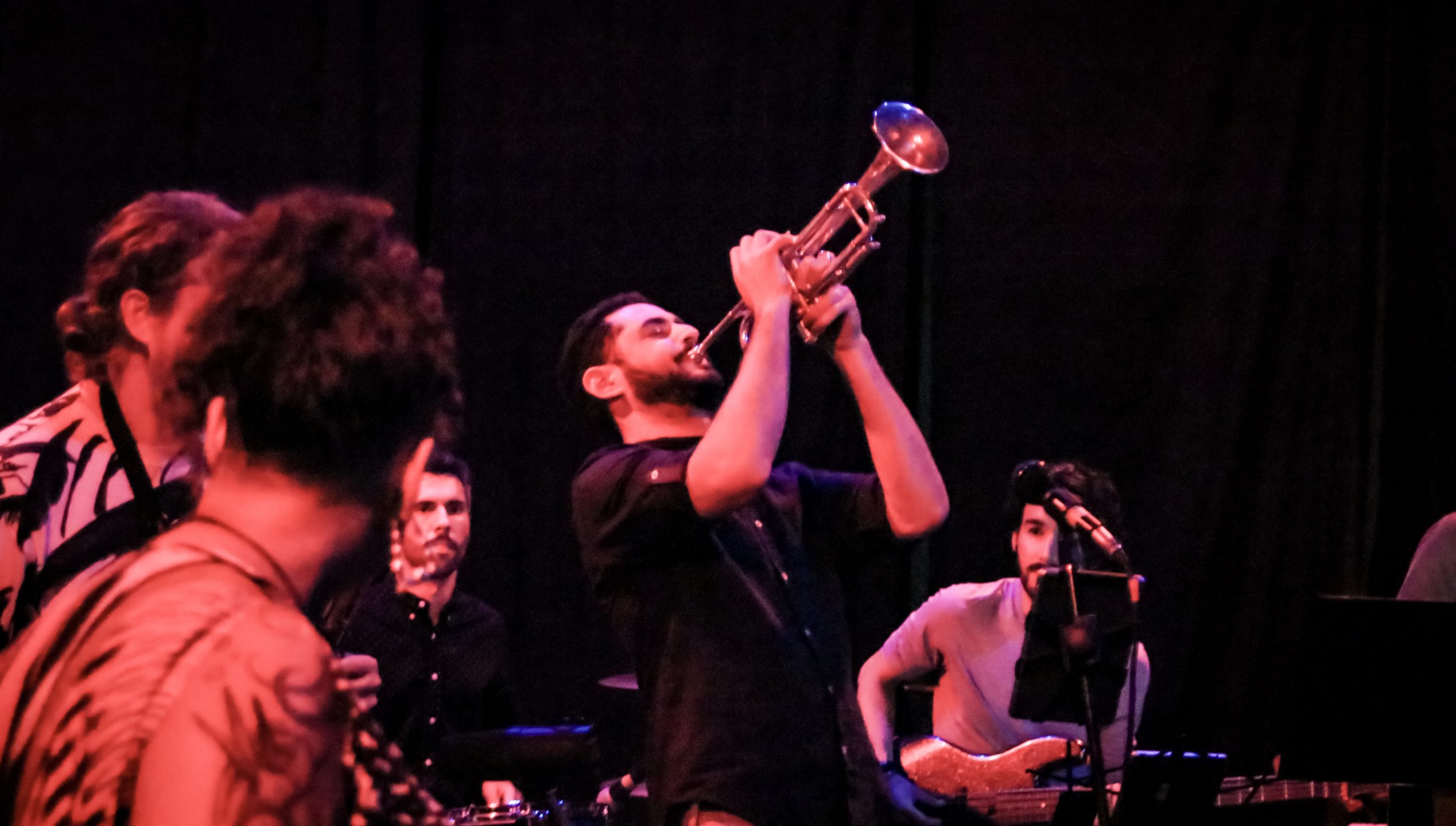 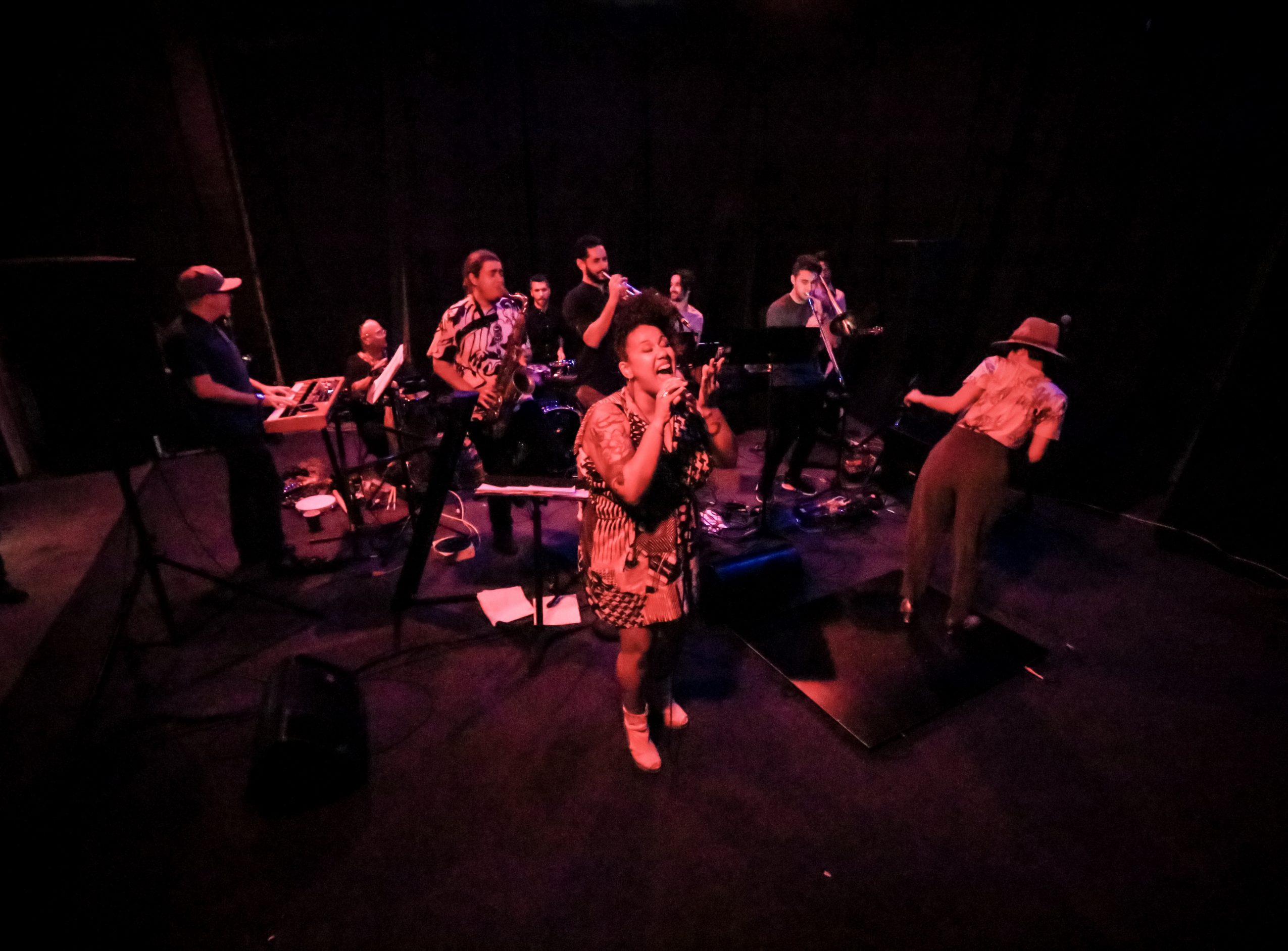 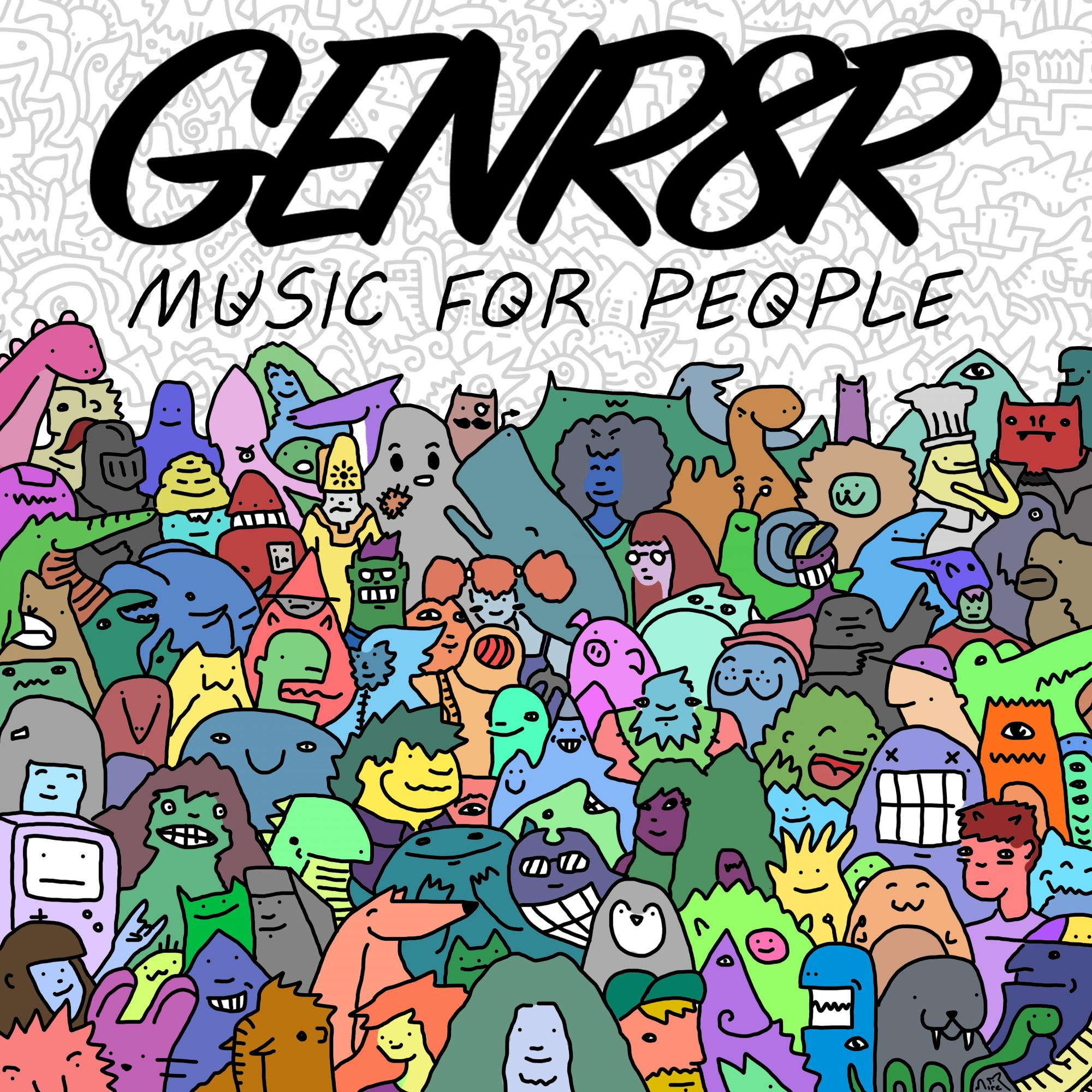 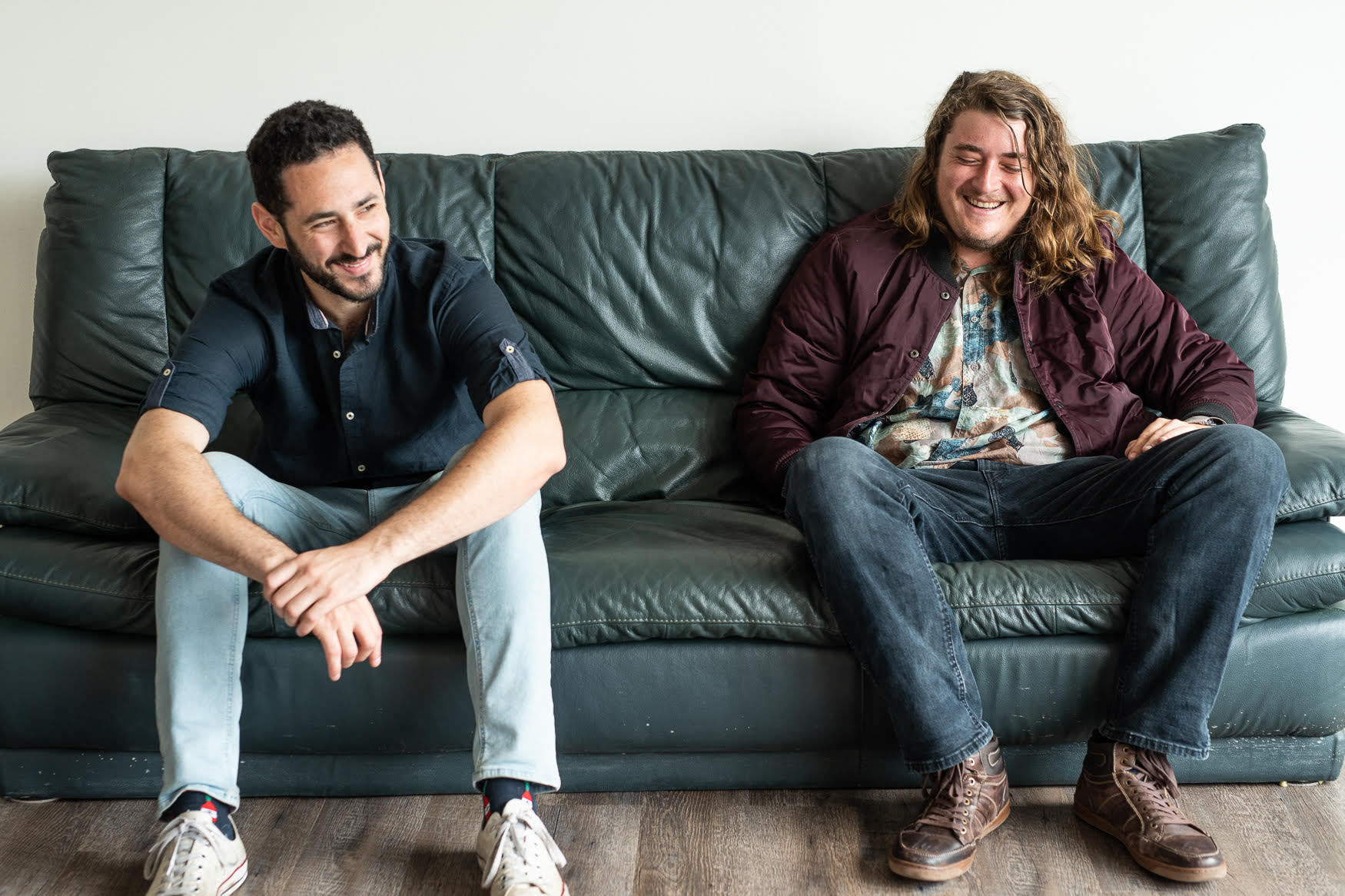 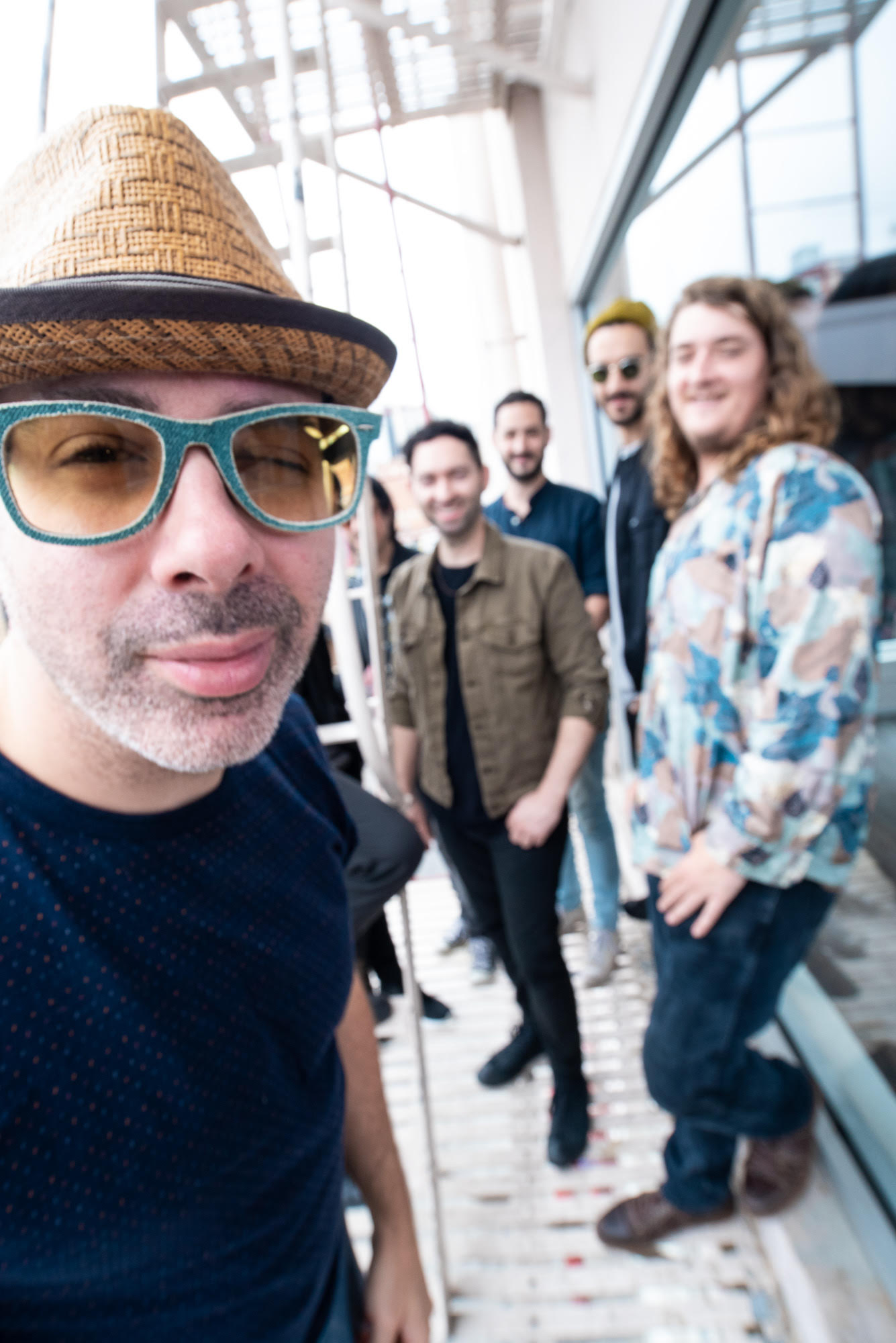 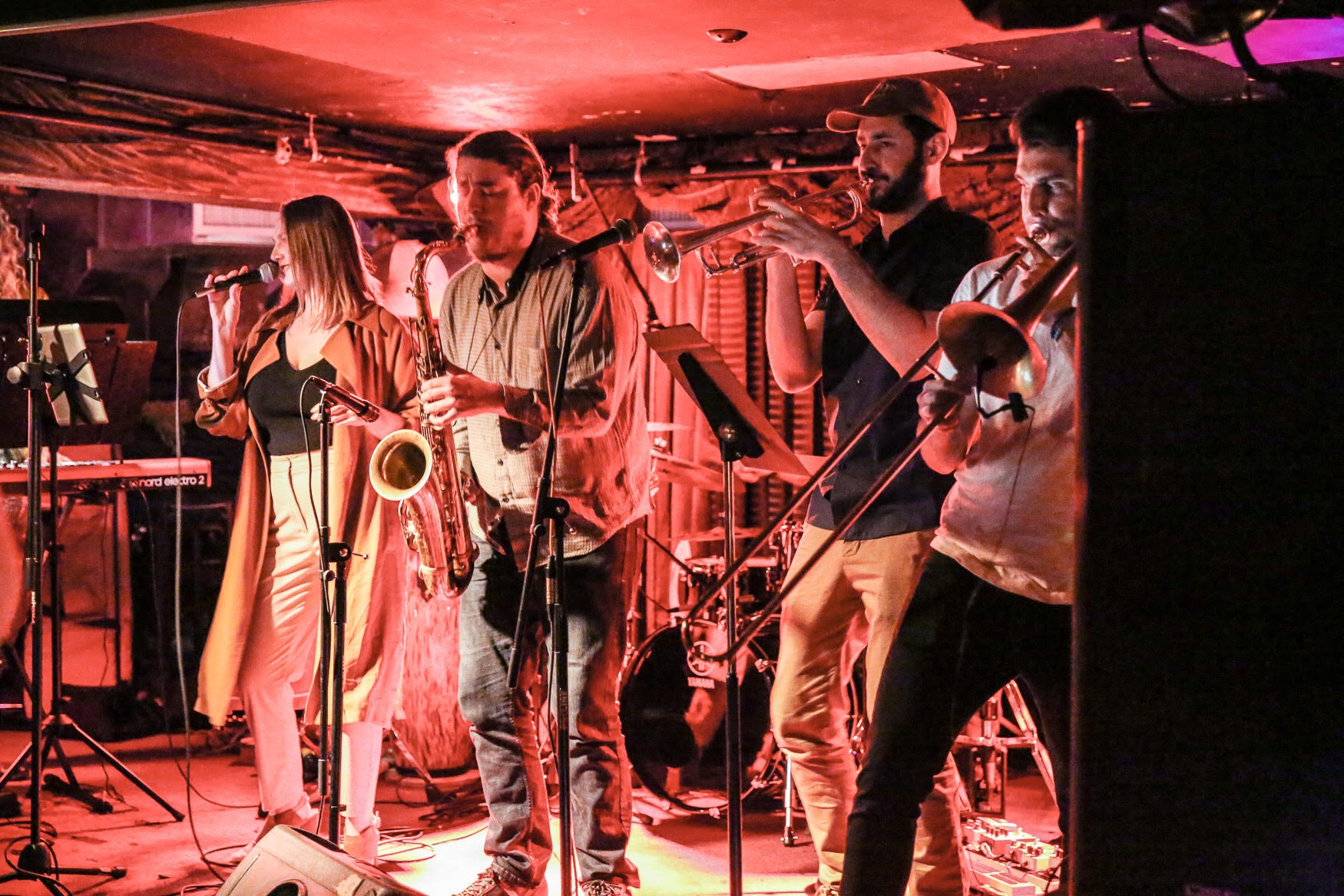 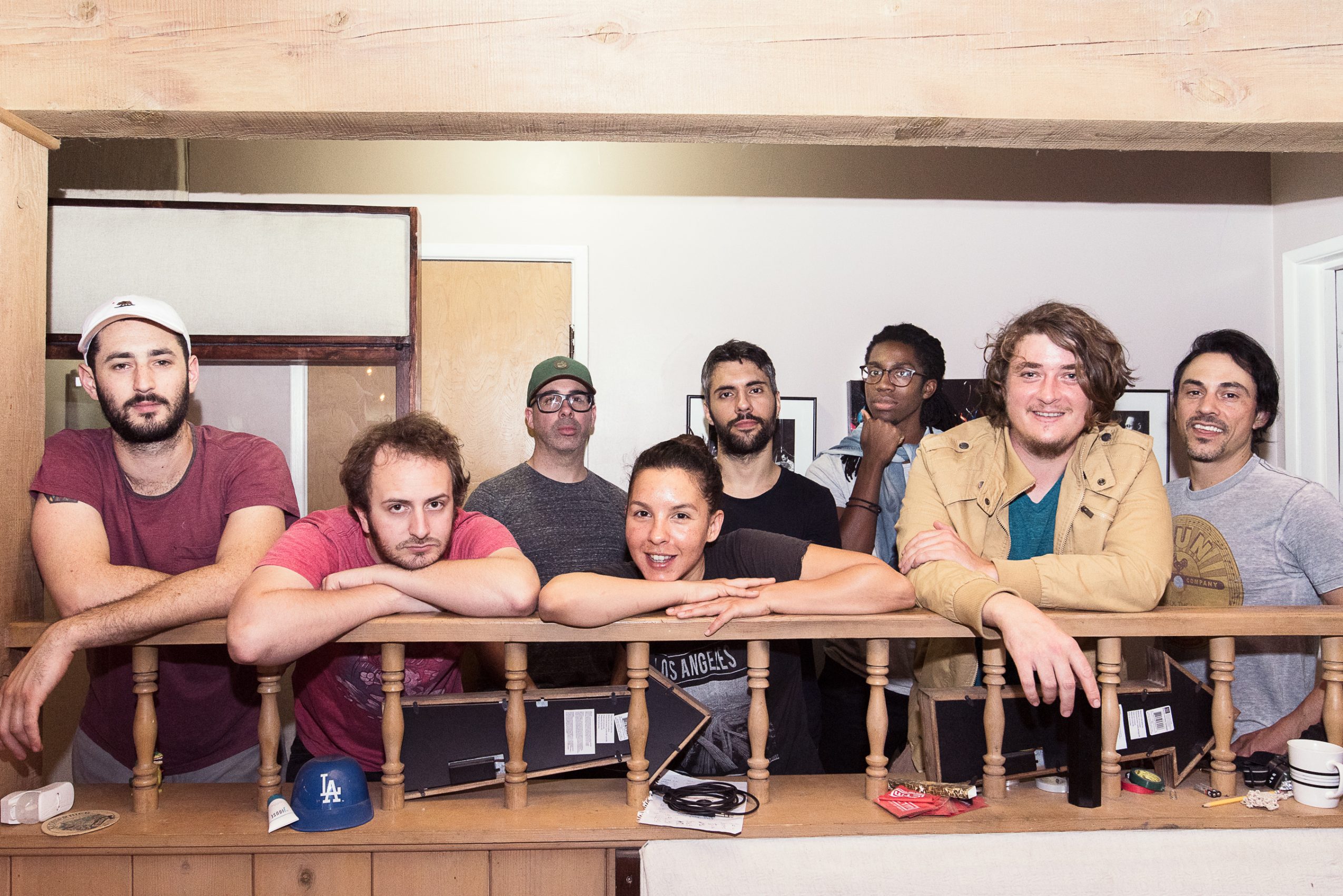 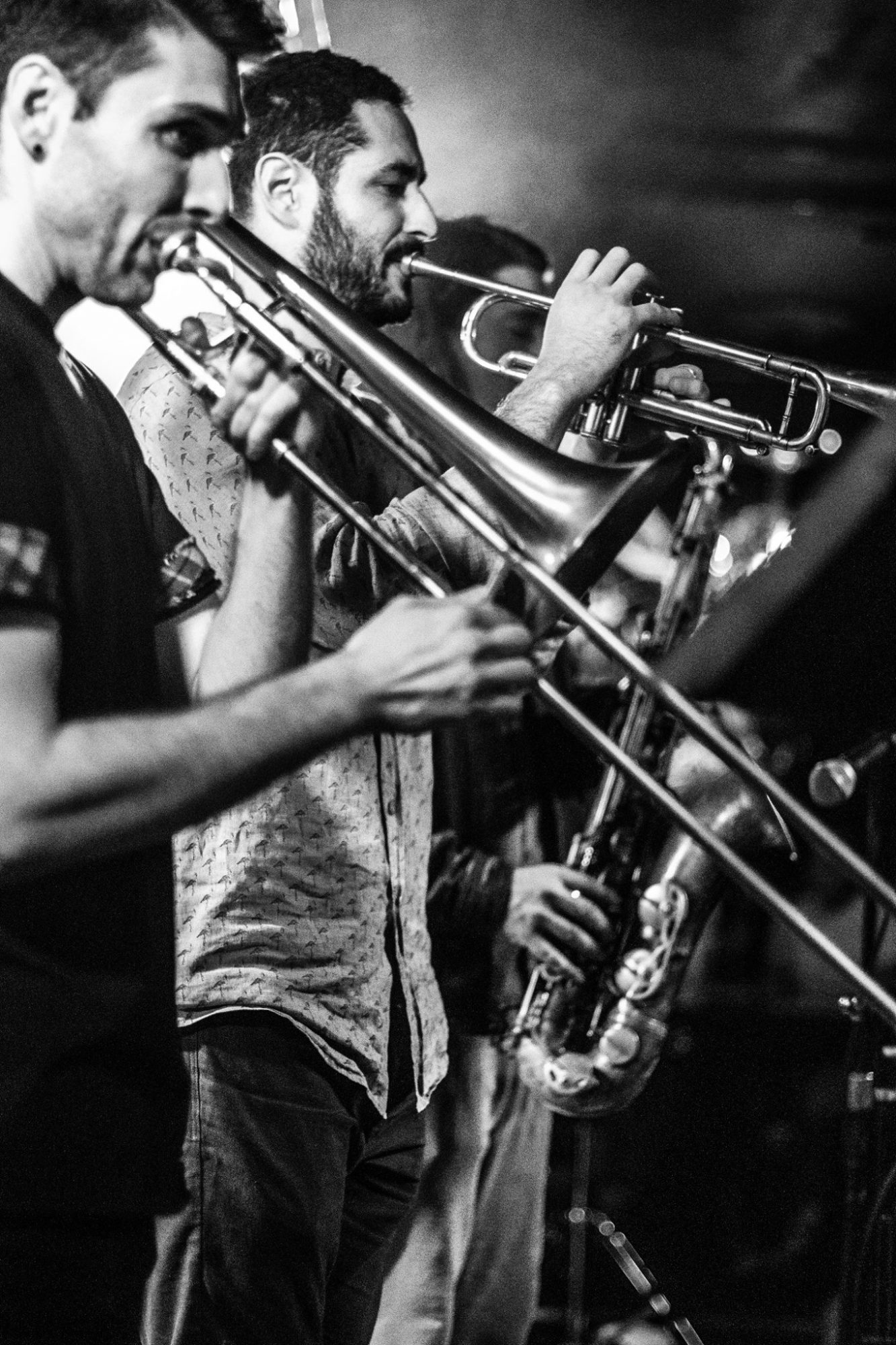 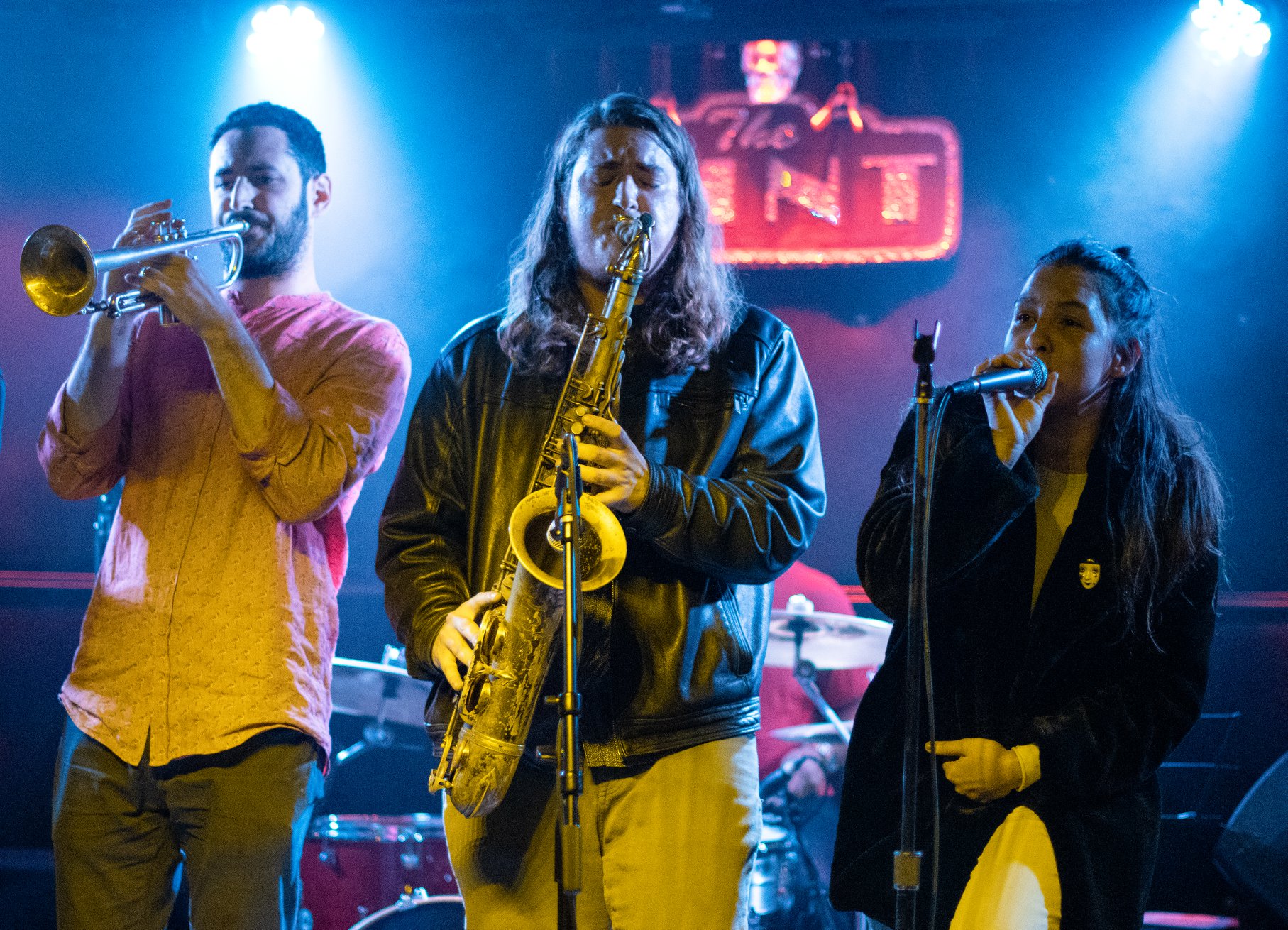 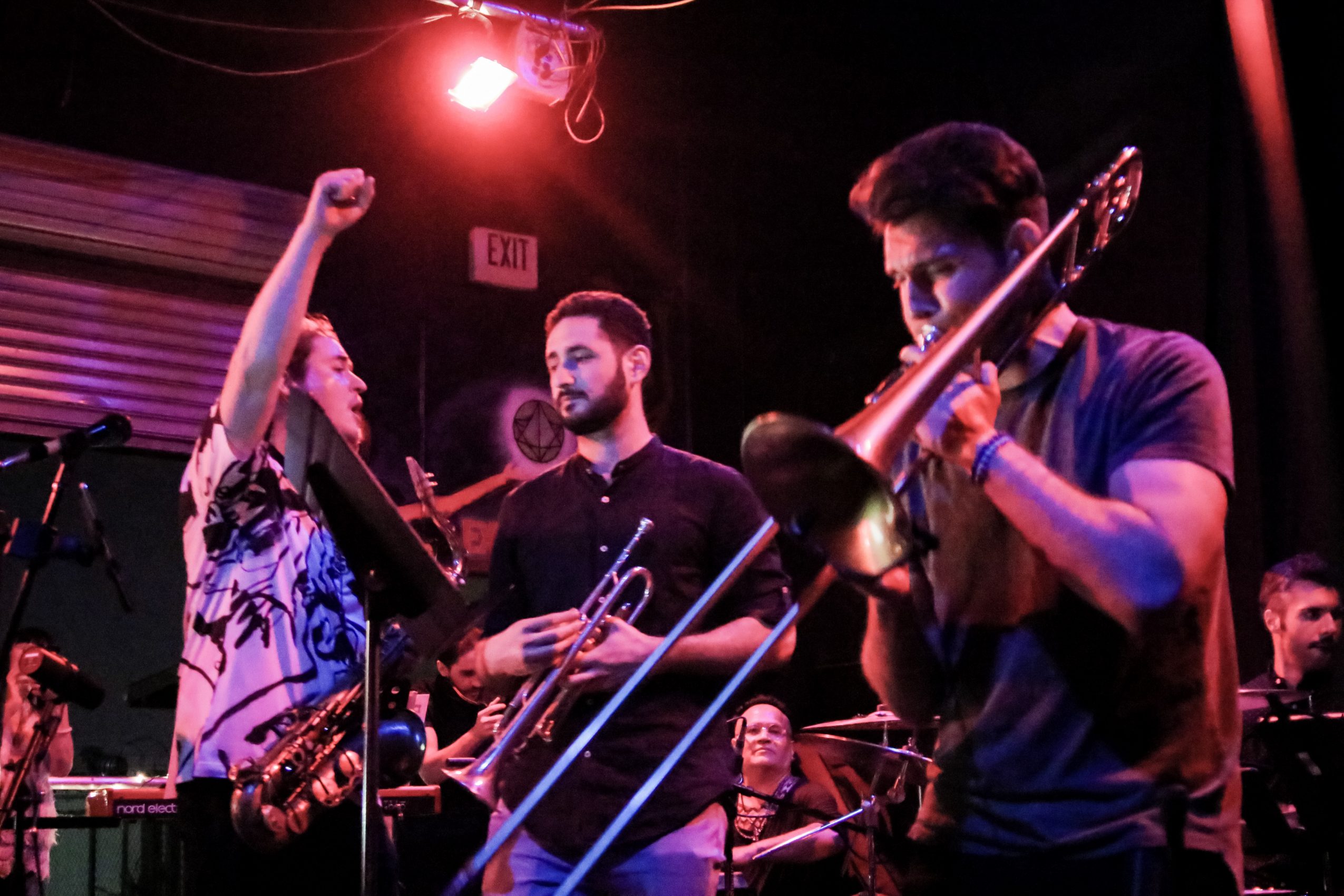