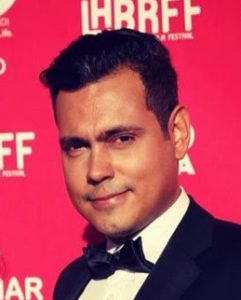 Today we’d like to introduce you to Humberto Rosa.

From the time he saw Indiana Jones and The Last Crusade, he knew he had to become a filmmaker, and now he would love to collaborate someday with Steven Spielberg.

Currently working in Los Angeles, he now has six titles in development, and an astounding twenty-six completed film and video titles working with some of the biggest talents in the industry both in Brazil and the US!

Humberto Rosa is the executive producer and producer of a new major Brazilian comedy feature film entitled Solteira Quase Surtando that will be released this March 12 at major theaters throughout Brazil.

He also has The Method (formerly The Assistant) in development, the story of an ambitious Hollywood assistant who finds herself in a hellish, life-or-death situation when she agrees to live in isolation with an overbearing Method actor who wants an extreme experience far from civilization while preparing for his next role. Humberto is the director and executive producer, with well-known talent attached like Nicky Whelan, Costas Mandylor, and Christopher Showerman.

Has it been a smooth road?
Filmmaking is competitive at every level. But he has kept his focus on quality, which has paid off.

So let’s switch gears a bit and go into the Red Line Filmes story. Tell us more about the business.
Red Line Filmes is an independent production company based in Rio de Janeiro, Brazil with offices in Dublin and Los Angeles.

The company is a full-service production company that will provide everything needed to shoot in Brazil and the US. From Brazilian paperwork to get your visas to post-production services.

In only five years, Redline Filmes has thirty-two short films, five features, three documentaries and has among our clients, some of the biggest companies in the world. Such as: Coca-Cola, FIFA, Bayer, Dell, GPotato, Discovery Channel, Globo TV and Record TV.

According to Brazilian law, to shoot in Brazil a foreign production company must enter into partnership with a Brazilian producer registered in ANCINE (Brazilian Film Agency).

How do you think the industry will change over the next decade?
We expect to produce more full-length features, in fact we are currently developing “The Method” a feature-length production starring Nicky Whelan, Costas Mandylor, and Christopher Showerman.

We would love to develop a series for streaming television.