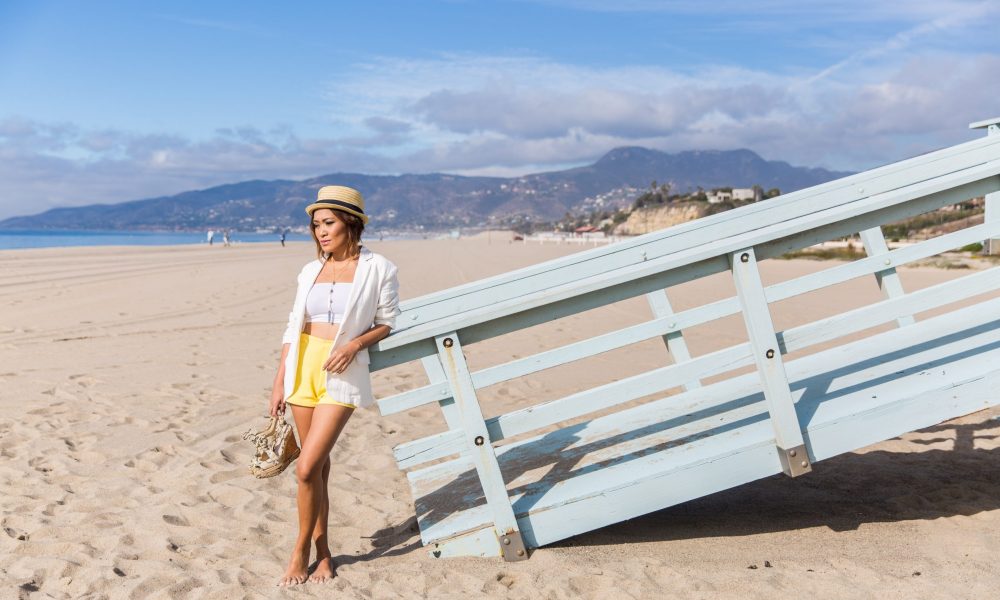 Today we’d like to introduce you to Pia Gladys Perey.

Pia, please share your story with us. How did you get to where you are today?
I was meant to be a lawyer, not a designer. As a child I grew up with a fashionable grandmother. My school breaks were spent watching her make patterns which she transforms into beautiful dresses. However, when she passed away when I was 11, I somehow pushed away my fascination for fashion and carried on to do what was expected of me. I studied Philosophy and Political Science as my pre-law hoping to be the first lawyer in the family. However, at 20, a baby boy came into my life, suddenly my whole world changed, I became a mother and what joy it was. Motherhood, I realized, comes with a lot of responsibilities, one of them is being true to myself. I felt that I was not doing what I was meant to do, I was trying to become the woman everyone expected me to be and not the woman I was destined to be.

So, in a blink of an eye, I decided to pursue my true love – fashion. I have to be who I needed to be, for my son and myself. So, without going to fashion school and with the little skill I have in drawing, I bought fashion magazine, went straight to the designer directory section and called one local designer to another, asking if they needed an assistant. Luckily someone hired me at letter P in the alphabetically arranged designer directory. See, letter P is a little far from letter A so you can imagine how many designers I called. After that I explored the wonderful word of fashion, one facet and one department to another, learning as I took on different jobs as a designer, merchandiser, brand manager and as a stylist. Absorbing everything that I see from couture to ready to wear. But it was not enough, I wanted to know more, I wanted to know the big world of fashion – the one that is outside my own… So, at 26, I packed my bags and decided to go to Australia to be a volunteer, or as a say, a glamorous slave, at the Mercedes Benz Australian Fashion Week.

I was in fashion heaven, I worked so hard so my volunteer manager was so happy and told me since I flew all the way from the Philippines, she will recommend me for an invitation to be considered for the New Generation Shows next season. Of course, in my head I said “you must be kidding me,” I daydreamed about it but never believed for a second that I can be a designer in one of IMG’s prestigious shows, so I pushed that thought aside and did internships for Australia’s top designers: Collette Dinigan Akira Isogawa and Lisa Ho. I was happy and contented with what I have learned. This happened way before internships were considered cool. So, I was ready to go back to Manila with all the great things that I have learned when, I received a call from IMG saying they are inviting me to do a presentation to be considered for the New Gen shows, so I did, I don’t remember being that nervous, 300 of us, a panel made of Vogue editors, industry experts and designers – I was scared. My designs were so plain next to the extravagant and detailed pieces of the other budding designers, there was no way I was going to get in, they only needed 12! So again, after my panel interview, I pushed the idea aside, I was getting ready to go home to my beloved Manila. But then it happened, a week before my return trip, I received an email saying “Congratulations! You have been selected as one of the 12 designers for Mercedes Benz Australian Fashion Week” I could not believe what I was reading!

In a span of 3 months, from being a volunteer to being a designer for fashion week, my whole life changed! But there was a problem, I was broke, I did not have the money to pay for fashion week. I needed 15,000.00 AUD to participate. I was sad but like before, no one can break my spirit. So once again, I pulled out my best friend, the directory and started calling one company after another, asking them to sponsor me, luckily again at letter P, a multinational company saw the potential in my label agreed to sponsor. 3 months after that, my collection, the first ever Filipino brand, showed at the New Generation Shows of the Mercedes Benz Australian Fashion Week in 2007 in Sydney, Australia. After that everything went so fast, from media features, to buyers, to actually selling my designs in multi-label boutiques in Australia. I went back home to Manila feeling accomplished with orders to make and the whole world to conquer. Australian Fashion Week opened many doors for me, a year after, we started selling in Indonesia, Singapore, and Malaysia.

In 2010, I did my very first show in the US at the Miami International Fashion Week. At 29, I felt like I was on top of the world. This was followed by selling to the prestigious Patricia Field boutique in New York, doing an off-site New York Fashion Week show, while gaining a few more clients in the US.

Things became tricky when the market took a slump, sales went down and I was confined for 5 months in bed due to my delicate pregnancy with my twins. I became very stressed and depressed. Things were just not working out when suddenly, I was approached by a stylist who was introduced to me by the head of the Textile, Clothing Footwear Association whom I have helped the previous year by teaching women in a province in the Philippines how to sew and make patterns. By some twist of faith, that small seed of good deed paved new roads for me. Through this stylist, my dresses landed in Angelina Jolie’s suitcase and she then ended up purchasing 6 dresses from the line.

Now, 10 years after its premiere, the label has launched its shape campaign in New York Fashion Week and selling in 9 countries and has been featured in Tattler, The Cut, by New Yorker, WWD Japan, Harper’s Bazaar Indonesia, The Sunday Telegraph, Cosmo Bride Australia, CV Lux USA, Fashion 360, Fame Us, Magazine, JPY Magazine Japan, Passions Magazine Malaysia. Our designs have been seen on the red carpet the Oscars, Golden Globe, Emmys, Grammys, American Music Awards, Billboard awards and many other premieres. Celebrities like Aisha Tyler, Demi Lovato, Justina Machado, Petra Nemcova, and more have been seen on the red carpet in Pia Gladys Perey.

Great, so let’s dig a little deeper into the story – has it been an easy path overall and if not, what were the challenges you’ve had to overcome?
No, it has not been, easy because to this day, the label remains 100% owned by me. I have no investors or partners so our expansion has been conservative. Funding during expansion has been challenging but I always believe that things fall on your lap when you are ready for them.

On top of this, there are the other challenges that come with running a fashion label like for instance, marketing and staying relevant. A l0t of people mistake fashion for glamour but glamour is only 10% of it, if not less. 90% of the time you have to deal with excel sheets, logistics, product development and all of these things happen at the same time.

Alright – so let’s talk business. Tell us about House of Perey– what should we know?
PGP is the go-to label for glamorous pieces with a romantic flair. Each dress embodies the elegance of the modern woman with sensual folds and dramatic drapes, where curves of every kind are celebrated and made beautiful.

I take pride in saying that we embrace the true female form, whatever, shape and size she is in and that size is just a number. Each of our dresses is cut, hand draped and sewn to finish by the same person. To me, it is my way of connecting with the woman who wears my designs.

Is there a characteristic or quality that you feel is essential to success?
I think it is my perseverance. I will take no for an answer but then I will look for someone else who will say yes. If you get a no, it only means you are knocking at the wrong door. 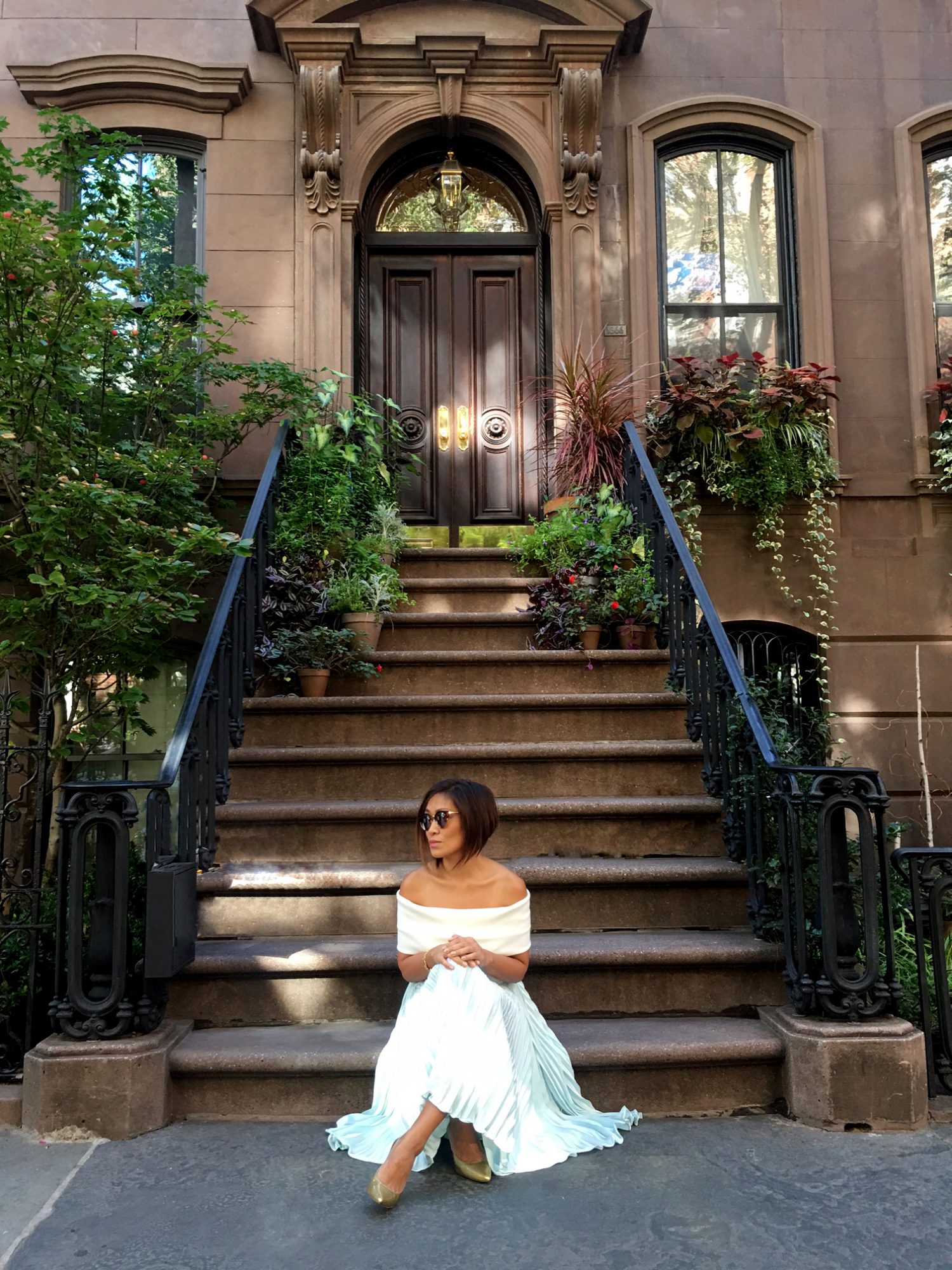 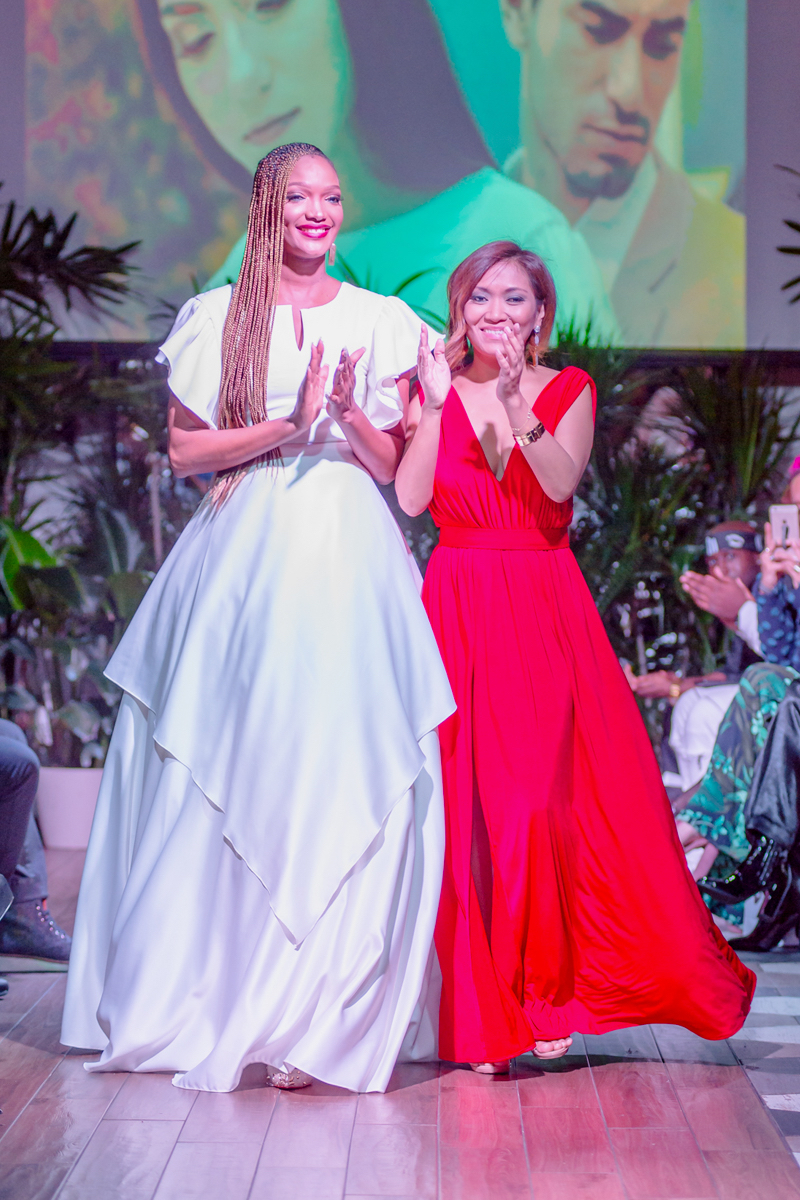 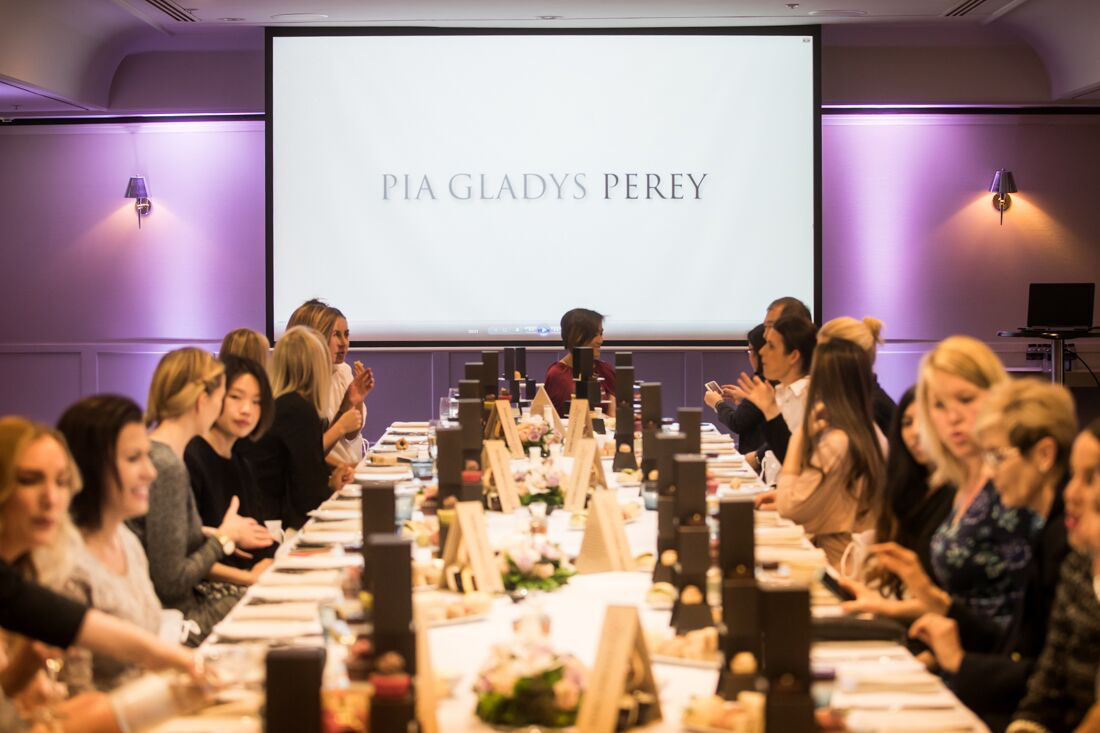 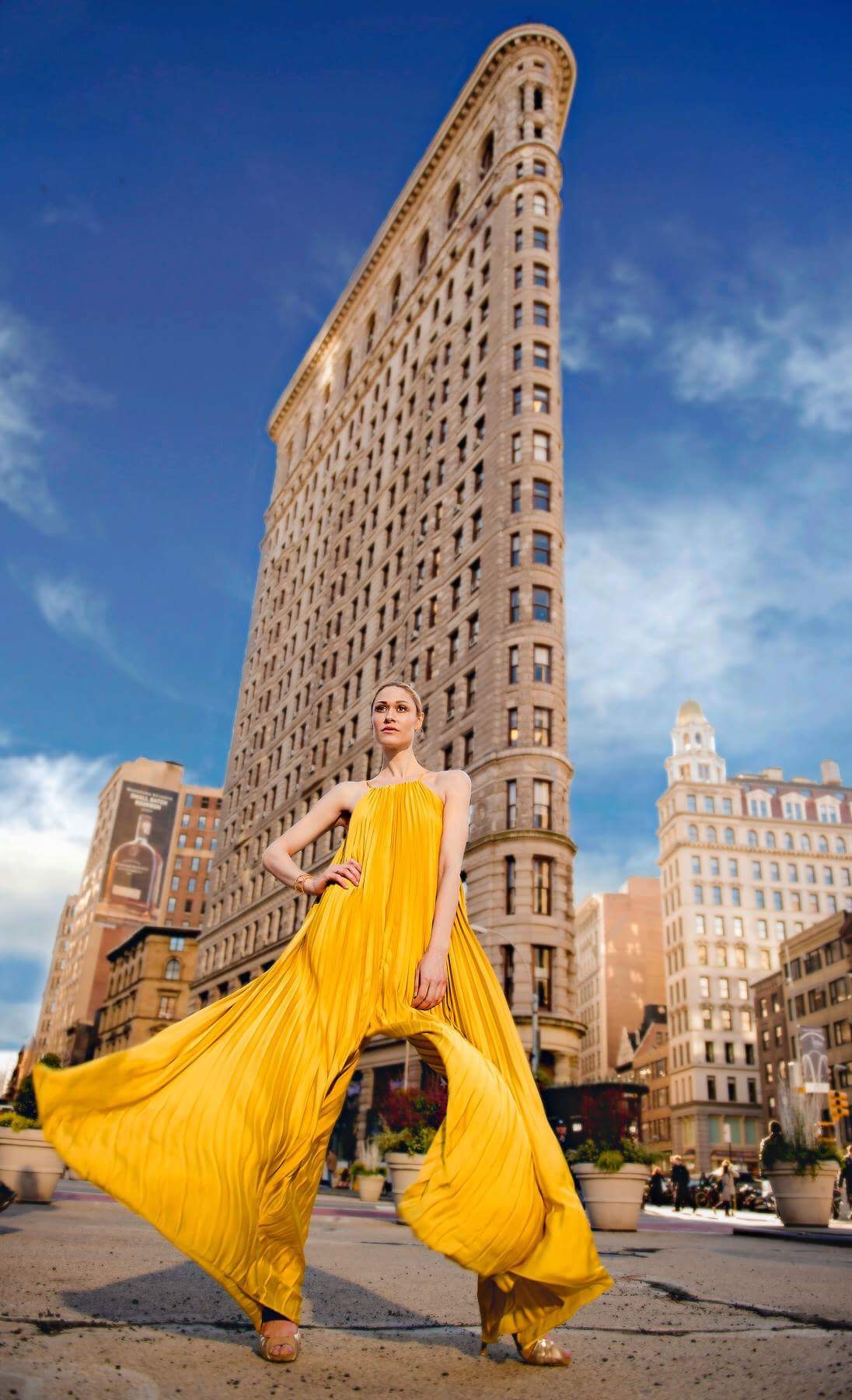 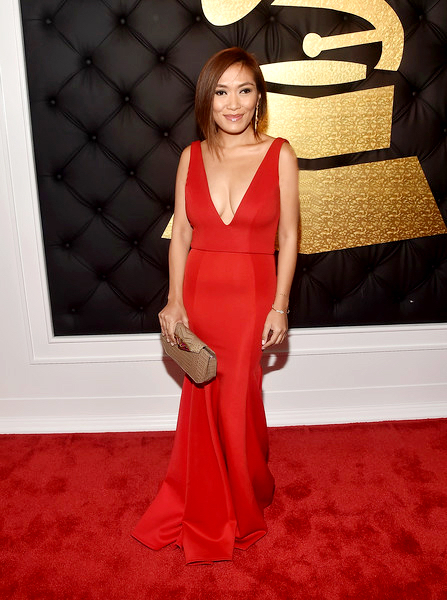 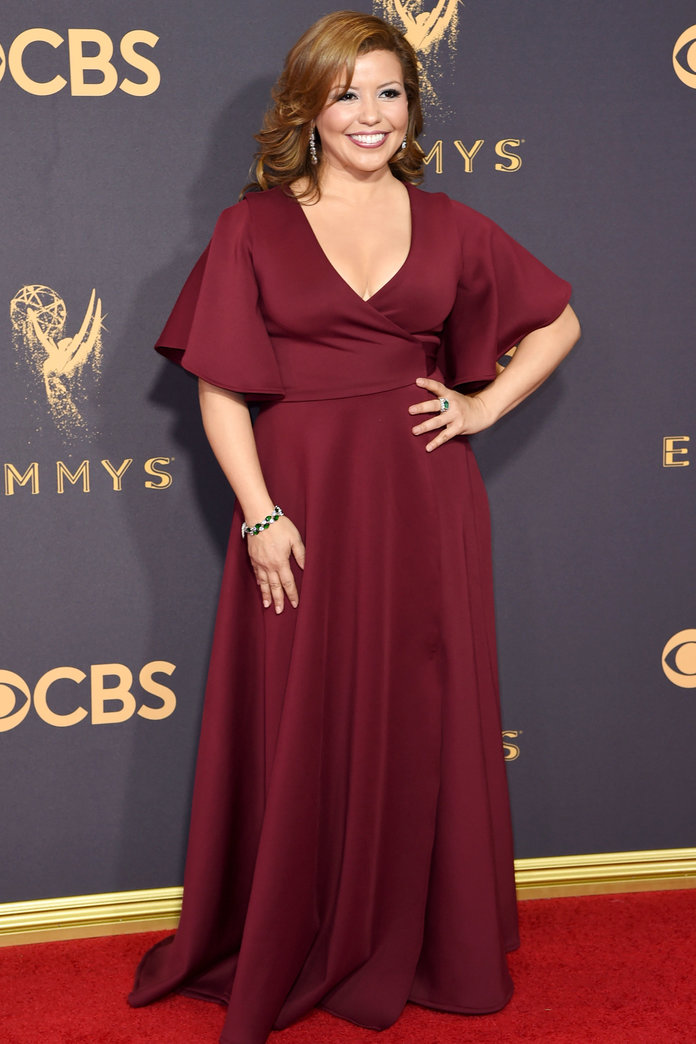 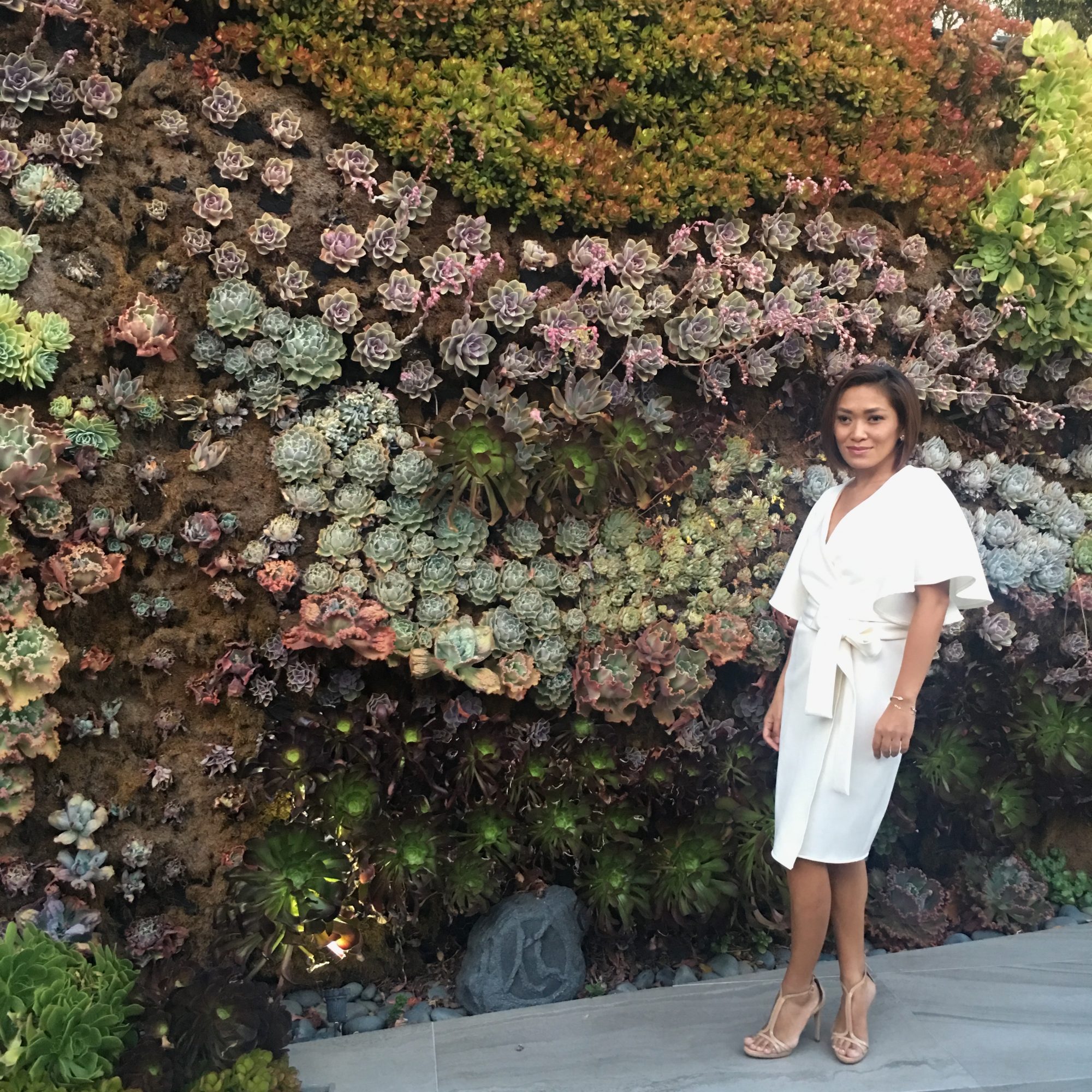