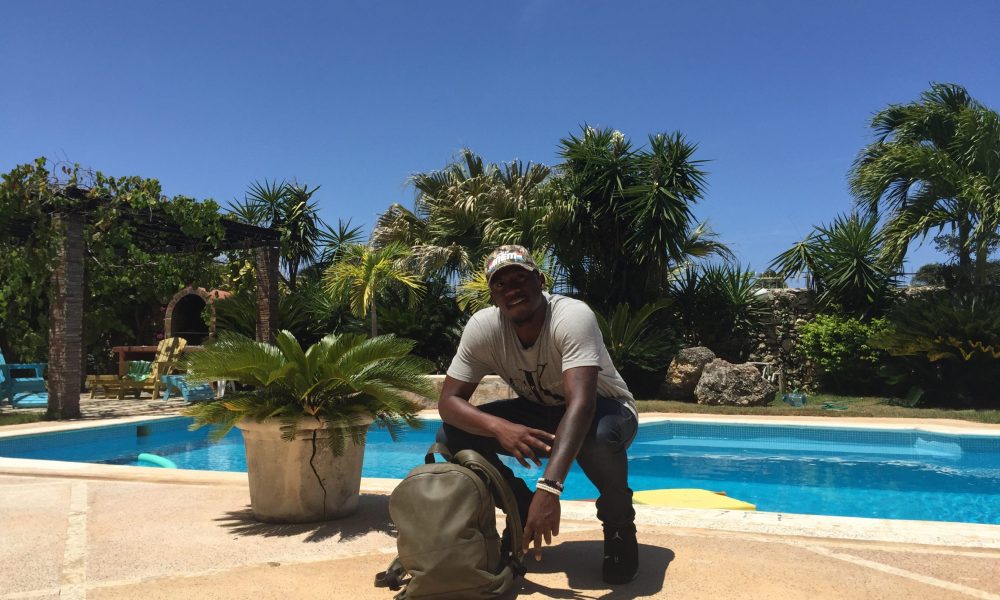 Before we jump into specific questions about your work, why don’t you give us some details about you and your story.
I grew up on the west side of Chicago. I always had a strong interest in music. I use to watch music videos on the “the box network” nonstop and try to reenact them when I was alone. I would always ask my parents if they would order me a video to watch since you could like to call in and order the videos you wanted to watch for like $2.50. I would listen to the radio and always have my tape player set to record my favorite songs, then write the lyrics so I could remember them. When I was in high school at Oak Park & River forest, I gained the reputation of being the “cd man” to my classmates from selling popular artist’s mixtapes and making playlists for the basketball teams pregame warm-ups.

It was days I would come to school with no money and leave with $50-$60 from selling burnt cd’s. I would sell full albums that were easy for me to access via Limewire/Napster for $3 and customized CDs of specifics songs which take a little more effort to find for $5. Within my friend group, I was always the person who they passed the Aux cord to. During my early college years, I went to a junior college called Lincoln college in this small town of Lincoln Illinois. Me and my friends would always throw dorm room parties every weekend in-which I’d always play the music but by the end of the night, they would get shut down by the RA’s for being too loud. I guess to eliminate the noise in the dorms they started letting us have parties in the student center where I would play music off of my iPod since I didn’t have any DJ equipment nor was DJ’n really thought at the time.

I was just use to being in control of the music. After two years I transferred to Howard University in D.C. where my real aspirations to become a DJ happened. This was a bigger school then I was use to. I got a late start at making friends & not to mention they had real DJ’s with more equipment than just an iPod. So I went out & bought my first laptop. I’d always practice playing music on the virtual DJ program. I would DJ parties here and there for people off the program but early on I kinda felt intimidated since there were other guys who were actual DJ’s with a lot more experience and equipment. Once I graduated from Howard, I had a friend who was trying to stay with me at the time since he had been kicked out of the dorms. I remember him asking  me how Dj’n was going for me and I told him how I was saving to buy equipment. He asked me how much it cost and proposed that he would buy the equipment for me in exchange for sleeping on my couch for the month.

This was how I got my first piece of DJ equipment a pioneer controller, I finally felt like a real DJ. During 2013-16 I was opening up at a lot of different venues in the DC area, I felt like things were going good but wanted more. I moved to California January of 2017 to get more exposure and to take my DJ career at the next level. My first year in Cali I was feeling so stagnant and unmotivated to really pursue my DJ career. I almost felt like I made a mistake by leaving the things I had going DJ wise in D.C. Frustration/depression etc was definitely beginning to kick in, Between the cost of living and not being booked for DJ gigs, I was running outta options. I went to a party where I met a guy that was a DJ in LA also and he was telling me how he was going through similar things initially and recommended that I take a class that he said helped him a lot.

I looked into the school and felt that was a good way for me to find the desire to really DJ again. The day after my birthday march 26 I started an eight-month accelerated DJ course at the Scratch Academy, co-founded by the late Jam Master Jay of Run DMC. This course helped me out dramatically. I thought since I already was a DJ that I had it all figured out but was I in for a rude awakening. It was two days out of the week from 8-10:30 pm. It was so much information of different types of DJ equipment, techniques that I’ve never experienced. After the graduation of the course, I felt my confidence was through the roof and was ready to take on the world. The DJ gigs started to pick up and was starting to come across a lot of different opportunities that when I first moved to LA I wouldn’t have been ready for. Within the first year of graduating from scratch, I’ve DJ for Nike Events, Celebrity private parties, & major clubs without even touching anywhere near the ceiling of my potential.

Great, so let’s dig a little deeper into the story – has it been an easy path overall and if not, what were the challenges you’ve had to overcome?
In 2008, about a month before I was supposed to go away to Howard for School my mother passed away of a sudden heart attack caused by gastric reflux. This was a person who I cared for beyond deep. We had an amazing relationship. This kind put me in a state of why me and depression to the point where I didn’t wanna go away to school or anything. My family helped get through this tough time and knew that my mother wouldn’t want that for me. So I still decided to go away to school. In which I’m beyond glad I did because being from the west side of Chicago my life could have turned out a totally different way then it did

Please tell us more about your work. What should we know? What do you guys do best? What sets you apart from the competition?
My company/brand is myself “HollyWoodxKOLE”, I specialized in providing vibes for any crowd you put me in front of, satisfaction guaranteed. I’m known for the sophisticated, bougie, yet rachet turn up a type of party. With me attending Howard University my network of people is a lot of educated black business professional. I’m most proud of the journey that I’ve taken. I never really did things that weren’t myself or that didn’t feel as if I was being authentic around others. Los Angeles can turn you into another person but no one can say I’ve ever switched upon them. I believe my diversity in the types of parties I’m able to perform at sets me apart.

Most DJ’s only play one genre of music I can DJ anywhere for any type of crowd you put me in front of. I think I get that from growing up in the mixed community of Oak Park & my background on the golf course as a caddy. I’ve caddied since I was 13 & majority of the times I’ve been one of the only African Americans there so starting off so young it’s a little bit of a culture shock seeing certain things and hearing these different types of conversations. I’ve been able to build a personal relationship with millionaires to whom have hired me to perform for a private event. These scenarios have opened up my mindset to a lot of things including music over the years.

What moment in your career do you look back most fondly on?
I would say It would have to between when I DJ’ed the Nike Air-max day event in downtown LA as well as DJ’ing a private party for one of my favorite Chicago comedians Lil Rel. 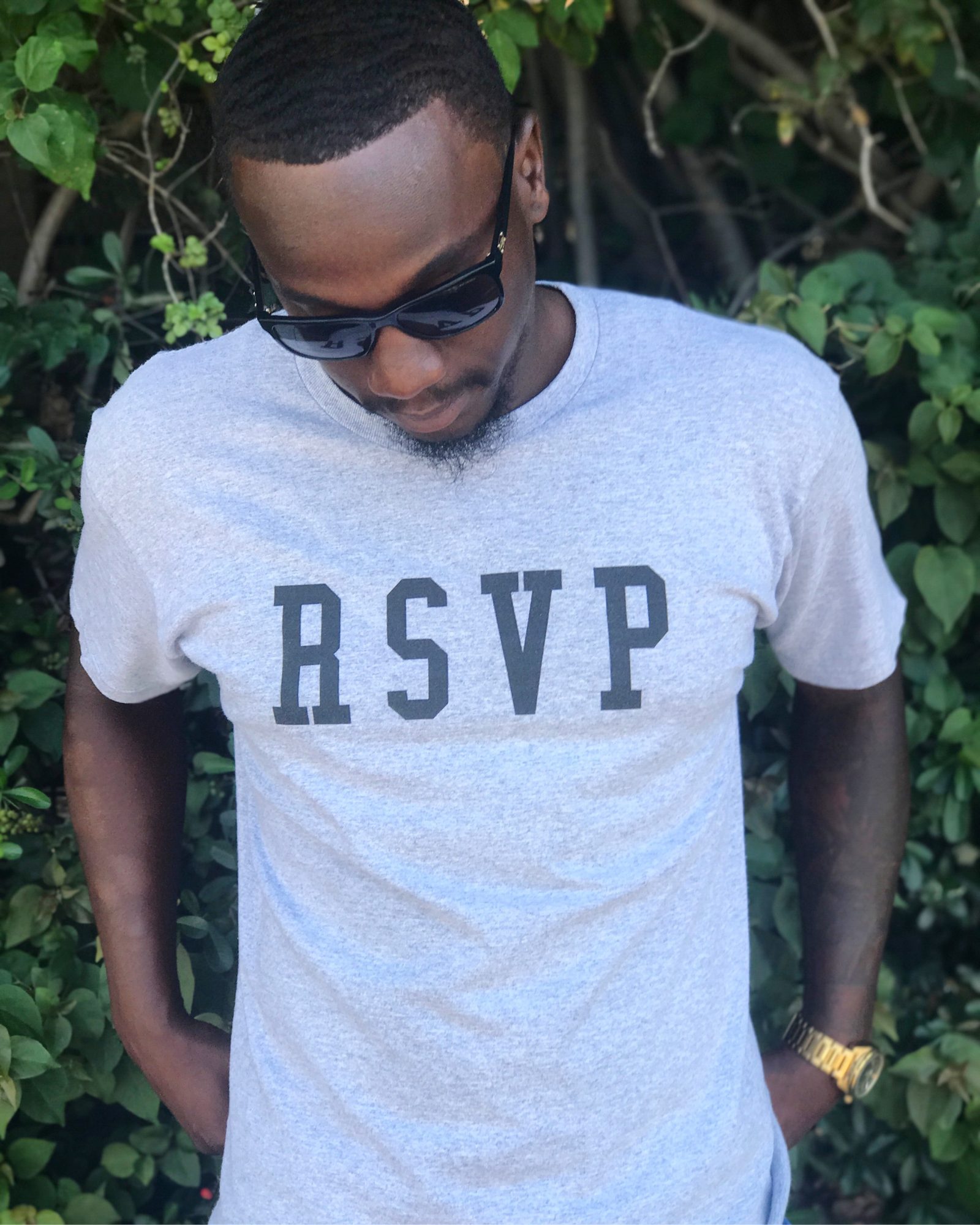 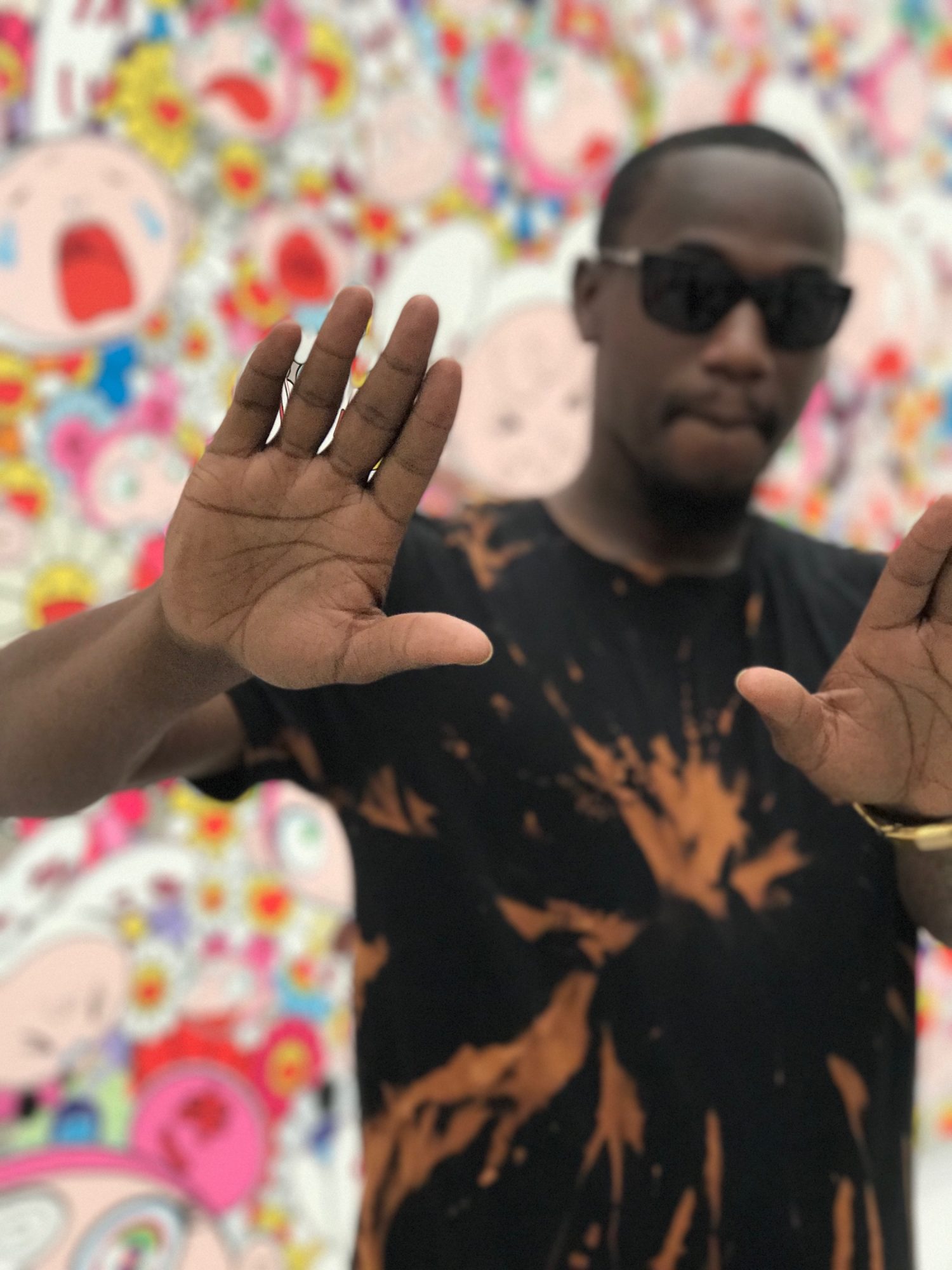 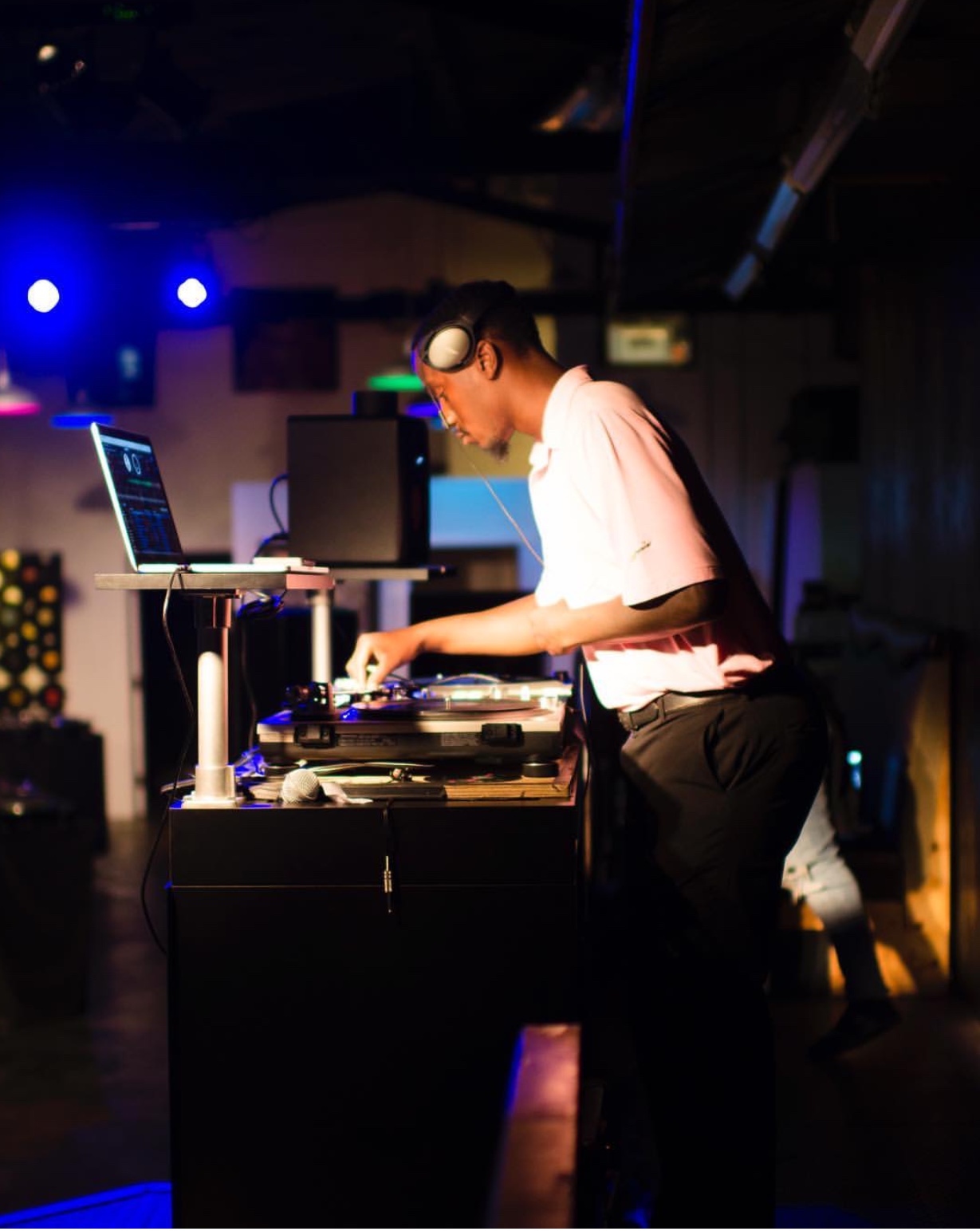 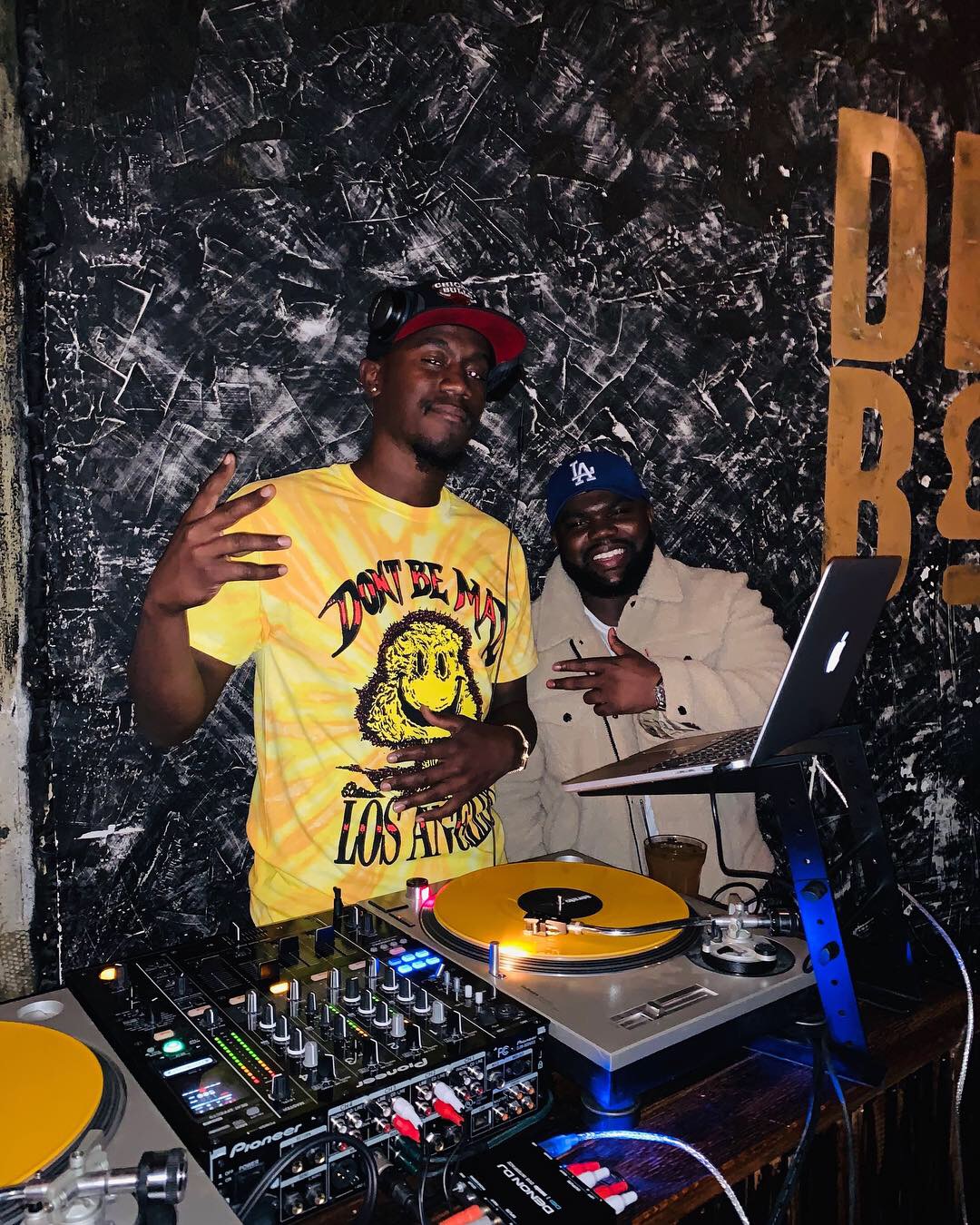 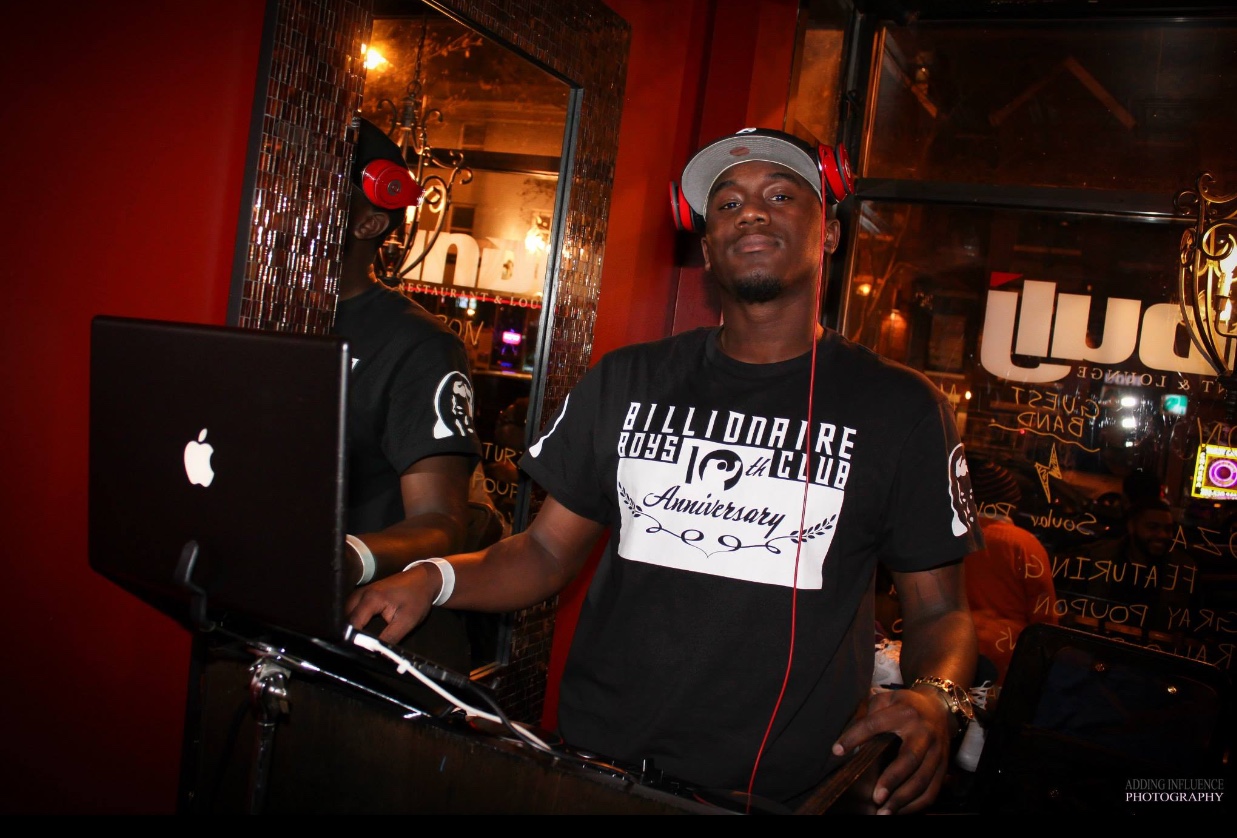 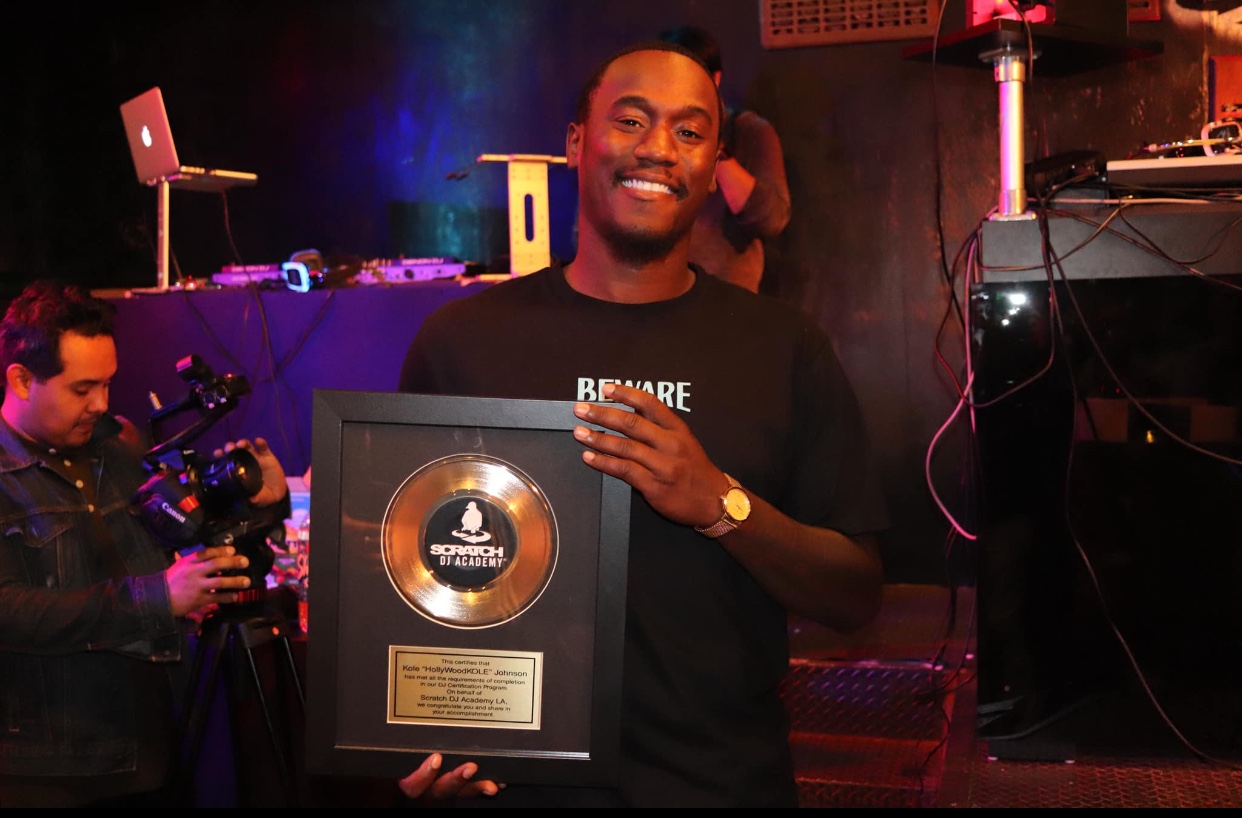