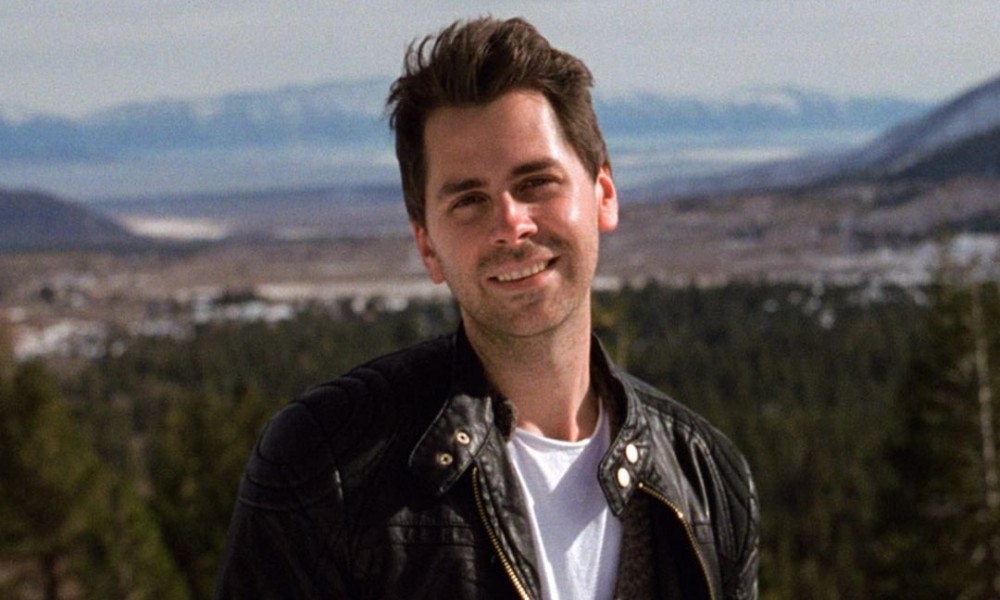 Today we’d like to introduce you to Noam Kroll.

Noam, please share your story with us. How did you get to where you are today?
I’ve always loved filmmaking and storytelling and started making little short films using my parent’s old VHS camcorders as a very young kid. Even though I knew early on I wanted to work in the film industry, I never pursued film from an educational standpoint. I was always a bit worried that studying film would take the fun out of it for me, so I ended up getting a degree in Psychology instead – all the while still shooting and editing my own films, and teaching myself how to edit on very early versions of Final Cut Pro and Adobe Premiere.

While still in school, I picked up some jobs shooting and editing really low budget promo videos. I would shoot things like local commercials and real estate videos, which ultimately led me to realize it was actually possible to make a living doing what I loved. Up until then, I always assumed filmmaking would be something I could only do as a hobby, or for fun… But once I started making a few bucks on these very early projects, my whole mindset changed.

With that said, it took me a long time to realize what I really wanted to focus on creatively-speaking. As a very young filmmaker, my first instincts were always to direct projects, but I eventually started to focus on other areas of the craft, as I saw them as more attainable at an early age. Over the years, I worked as a cinematographer, producer, and editor (in addition to directing), and it really wasn’t until a few years ago in my mid/late 20’s that I decided to give directing my full effort.

I realized that even though I had picked up a lot of skills over the years, directing was really where I felt most at home. It was the one area where I could tap into all of the skills I had developed, and use them all in their own ways to tell meaningful and powerful stories.

With regards to actually making a living as I was discovering a lot of this over the years, I started out as a freelancer and eventually opened up my own production company. Freelancing in my earlier years was a great way for me to try out a lot of different things, succeed or fail, and move on. I wasn’t tied to one company or one type of project, and I had the ability to learn something new on every single job.

At one point, I did take a full-time job at a post-house, but that didn’t last long. I’ve always preferred to work for myself, so even though I very much valued my time there (and learned a lot), what it really taught me was that I should be running my own business. This job was effectively the bridge between my freelance life and my life as a business owner.

After leaving this post-house, I launched Creative Rebellion Inc. – which is a production company that specializes in branded content, commercials and corporate spots. To date, we have produced hundreds of projects for client’s ranging from fortune 500 companies to small businesses to tech giants and everything in between.

Today, my time is split between running Creative Rebellion, freelancing as a narrative director (for film and television), and running my filmmaking blog – www.noamkroll.com

Has it been a smooth road?
When I started freelancing, I had no contacts in the industry, no connections, and really nowhere to start finding work. I had just moved into my first apartment and was out on my own for the first time, with no job and no real prospect of work. This was a pretty scary time in my professional life, but also the time where I really understood what it meant to be an entrepreneur and be completely self-reliant. Without jumping in with both feet in this way, I don’t think I would have gotten to where I wanted to go as quickly.

During this period, I did whatever it took to get work. I cold called companies, literally knocked on doors, handed out fliers, posted ads on the internet, and slowly but surely, the phone started to ring. It wasn’t always steady work, but I got enough to get by, and as the months and years passed, I developed a big enough client list that the vast majority of my work was coming from referrals.

I’ve had my fair share of challenges in more recent years too, but there’s no question that those very early years were the toughest to get through. There were many times where the phone just didn’t ring, and I had no idea how I would keep the lights on the next month. But even in those darker moments, I stuck it out, and over time things fell into place. And ultimately the hurdles I experienced early on ended up teaching me some of the most valuable lessons in business that I still value to this day.

How do you think the industry will change over the next decade?
Over the last few years, we’ve seen the quality and substance of content increase dramatically, especially with regards to commercial and video-based advertising. Commercial content is starting look more like high-end feature films and less like traditional TVCs of years past. This is true from both a production value standpoint and a story standpoint, as many campaigns now aim to tell powerful stories that are designed to resonate with audiences on an emotional level.

The notion that advertising is most powerful when you offer something of value to your viewer – by providing them with truly entertaining content – is really starting to sink in with brands of all shapes and sizes. I certainly see this trend evolving substantially over the next decade, and believe we are going to see more branded content series, branded television shows, and maybe even branded narrative feature films in place of traditional television commercials.

The environment that we now consume content in is also very conducive to this shift. Fewer people every year are watching cable television. Many consumers (of all demographics) now get their content from Apple TV, Netflix, Roku, YouTube, and all sorts of other devices and platforms. In other words – nearly everything is available on demand, and much of it is pay to play. In many cases, it is far more effective for advertisers to create memorable content that is highly targeted through distribution on one of these digital outlets, than doing a traditional media buy and hoping their target audience is sitting in front of the TV when their ads run.

There will always be a place for 30-second commercials, and cable television certainly isn’t disappearing just yet. That said, the industry is certainly moving into new territory and there’s no doubt that the advertising industry will continue to follow suit.

Has there been a particular challenge that you’ve faced over the years?
One of my biggest challenges over the years has been balancing my commercial work with my narrative film work. I’m equally passionate about my business, Creative Rebellion, and my feature film work, however finding the right balance between the two has taken me many years to perfect.

While the focus of Creative Rebellion has never been narrative filmmaking (it is a commercial production company), one of the reasons the business has been successful is because of my roots in narrative film and television work. Few commercial and corporate production companies have creative leads with this type of background, and that has undeniably been one of our competitive advantages since the beginning.

With that in mind, I always felt that it was crucial to never let my film career fall by the wayside – not only because I love making films, but also because I understand how much value it adds to my work with Creative Rebellion.

But understanding the importance of both facets of my career is one thing, and tackling them both simultaneously is another. In my earlier years, this balancing act was especially challenging as I was often handling a very high volume of projects on both ends. On the commercial side, I would often be working with clients that needed a high volume of small video projects, and on the narrative end I was often working on numerous short form pieces, which had a quicker turn around time.

Lately, however, I’ve found a much better balance by seeking out fewer, but more substantial projects on both ends. At any given time Creative Rebellion might have a dozen or two projects on the go, but these are often projects that are weeks or months in the making, not days. The same is true with my filmmaking – For instance, now I am currently focused on a feature film that will likely take the better part of two years to complete. While this is a big project to take on, treating it like a marathon – along with my commercial work – ultimately allows me to find the harmony in my work that I’ve been looking for since day one.

Let’s change gears – is there any advice you’d like to give?
The best advice I could give someone starting out in this industry is to find your voice. It may take many years of trial and error, but once you have enough projects under your belt you will start to understand what really makes your work unique, and you can start to market yourself more effectively.

In the beginning, take on as many projects as you can. Learn to write, direct, shoot, edit, and everything in between. There is no better way to learn than by doing, so get out there as often as you can and just start working. You’ll learn something new on every project – even the bad ones, and you’ll continue to make new contacts and build your network while strengthening your portfolio and finding your own unique style. LA is an incredible city filled with endless opportunities and production work, so there is never any excuse not to get yourself out there.

Don’t expect everything to come at once. Stay humble, keep your head down, do the work, and in time your unique skill set and style will emerge and will guide you to the next stage of your career.