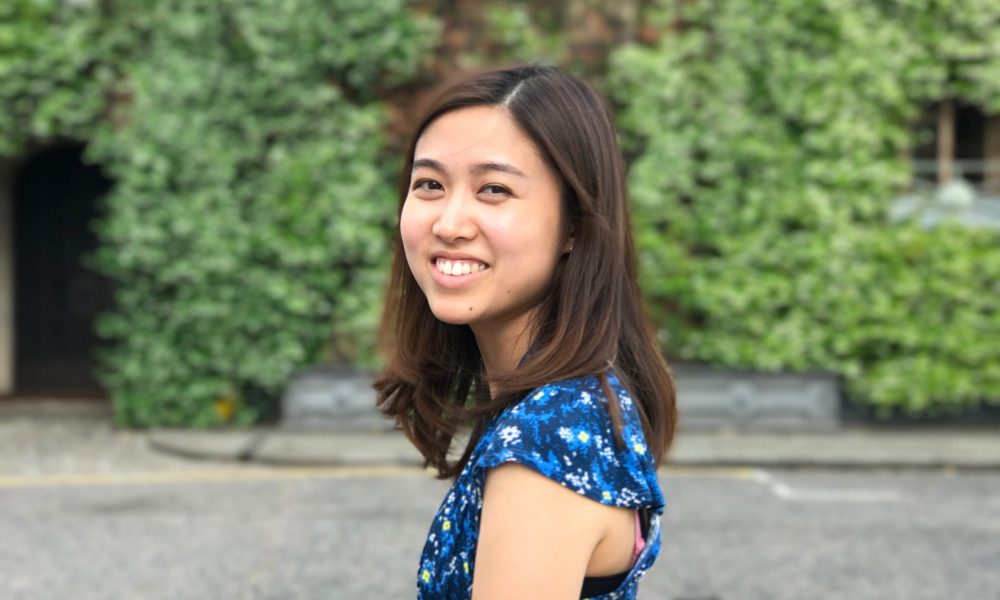 Today we’d like to introduce you to Ho Ling Tang.

So, before we jump into specific questions about the business, why don’t you give us some details about you and your story.
When I was a teenager, my dad loved to play an album called “Yo-Yo Ma Plays Ennio Morricone.” I soon fell in love with it. The music was passionate and emotional, and the performance was extremely moving. Every time I listened to the music, there would be vivid images in my head related to the films the music was written for, and my heart would feel warm and full. Back then, I didn’t know writing film music could be a career, but thinking back, my love for it had been growing since then.

My passion for composition led me to study music in my undergraduate degree. Those years gave me a strong foundation in classical and orchestral music. After graduation, I started getting jobs as a composer, arranger, and orchestrator for theatres, commercials, church music, and other mediums. That’s when I discovered my interest in writing music specifically for visual media. I soon decided to pursue a Master’s degree in film scoring at Berklee College of Music, Valencia.

Fast forward, I’m currently making a living entirely from composing, arranging and orchestrating. It was something that I was too afraid to dream of. But now, I’m doing my favorite thing every single day.

Being a composer has changed my life in ways that I had never imagined. I have the opportunity to collaborate with talented people around the globe, including people from Hong Kong, China, US, UK, Canada, and Spain. Although we have different languages and backgrounds, there’s one thing that brings us all together – art. These people have inspired me with their talent, enthusiasm, and persistence; and working with them has further fueled my passion and encouraged me to dream bigger.

Working with directors is also a humbling experience. It has pushed me to learn to appreciate movies in different ways, to pay attention to subtext in stories, to write and experiment in musical styles that I’m not the most familiar with. We, as composers, also have to constantly let go of our egos to serve a bigger picture instead of purely following the whims of our own works.

It is the most rewarding thing ever when I see a film or a TV show I worked on being shown on the big screen and knowing that I contribute to a project that delivers a meaningful message to a wide audience.

Overall, has it been relatively smooth? If not, what were some of the struggles along the way?
My college professor told me, “writing music is the easiest part.” It is very true. Writing music is only a small part of our profession. Being a freelancer means I have to wear multiple hats – to deal with all the administration, to market and promote my work and to reach out to new people and make connections.

Doing all these in my second language (English) makes it even harder. It is a challenge to juggle all these tasks and continuously push my limits and improve my craftsmanship, but being able to make a living doing what I truly love is totally worth it!

On top of that, I’ve always been told how difficult it is to make it as a female composer, and being a woman of color is almost unheard of. Despite that, I remain optimistic with this career. I think the industry is changing, people are becoming more aware of being inclusive of different genders and races. And I do believe my music can go beyond words and cultural differences.

We’d love to hear more about what you do.
I had a few exciting projects last year. In mid-2018, I started working as an orchestrator for the composer Wan Pin Chu on the film Wu Lin Guai Shou (Worldwide: Kung Fu Monster). It is a film directed by the renowned Chinese director Wai-Keung Lau (Andrew Lau).

I was thrilled when Wan contacted me for the opportunity. It is a family comedy-fantasy film, and the story takes place during the Ming Dynasty. We adopted a variety of musical styles– fantasy, comedic, epic, emotional- for different scenes. The story asked for a very diverse score, so I put a lot of time into creating the various styles with the usage of a wide range of both western and ethnic instruments in the orchestration. We recorded with a remote orchestra in Bulgaria and recorded the Chinese instruments in the studio. The film was released and distributed worldwide and has made more than $78M RMB (more than $11M USD) at the box office since its release in mid-December 2018

I also worked as an orchestrator and programmer for a Spanish film at the end of last year. My former Berklee professor Vanessa Garde got me on board to work on La Gran Aventura de los Lunnis y el Libro Mágico (The Lunnis and the Great Fairytale Adventure). Los Lunnis is a Spanish children’s TV show, and this movie is adapted from the famous original muppet show. I was responsible for creating fully orchestrated music from sketches. That gave me a lot of freedom to depict different emotions with orchestral colors and textures, which served the storytelling and images. The musical style is very colorful and imaginative and I had a lot of fun playing with the complex orchestrations. The music was recorded with the Bratislava Symphony Orchestra and the RTVE choir in Madrid. The film, released in Spain, was shown in more than 300 theatres and has grossed more than $850K USD since its release in mid-January 2019. Since its release, it has also been ranking in the top ten highest-grossing films in Spain. The success was a collaborative effort of an amazing team from all around the world.

I also got many other exciting new opportunities as a composer last year. I wrote music for a TV episode for the Radio Television of Hong Kong; I had my track released with Extreme Music; and I collaborated with many talented filmmakers and producers on their projects.

If you had to go back in time and start over, would you have done anything differently?
There isn’t a thing that I want to change about the past. Every experience, good or bad, has shaped me to become the person, the musician, the composer I am today. I am grateful for everything that happened. Even though there are sleepless nights that I feel doubtful and asking myself if I should do it anymore – the crazy long hours, often having to cancel a family gathering or a friend’s hangout because of tight deadlines, a rather uncertain career path compared to other conventional jobs – it’s a lot of tears and frustration behind the scenes. But I have always decided to keep going. And I never regret doing it. I only need one reason to keep myself going.

My love for music has kept me on this path despite all the difficulties and challenges, and I can’t even imagine being happy doing anything else. Writing music is one of the most rewarding things in my life, and I certainly will do it for the rest of my life. 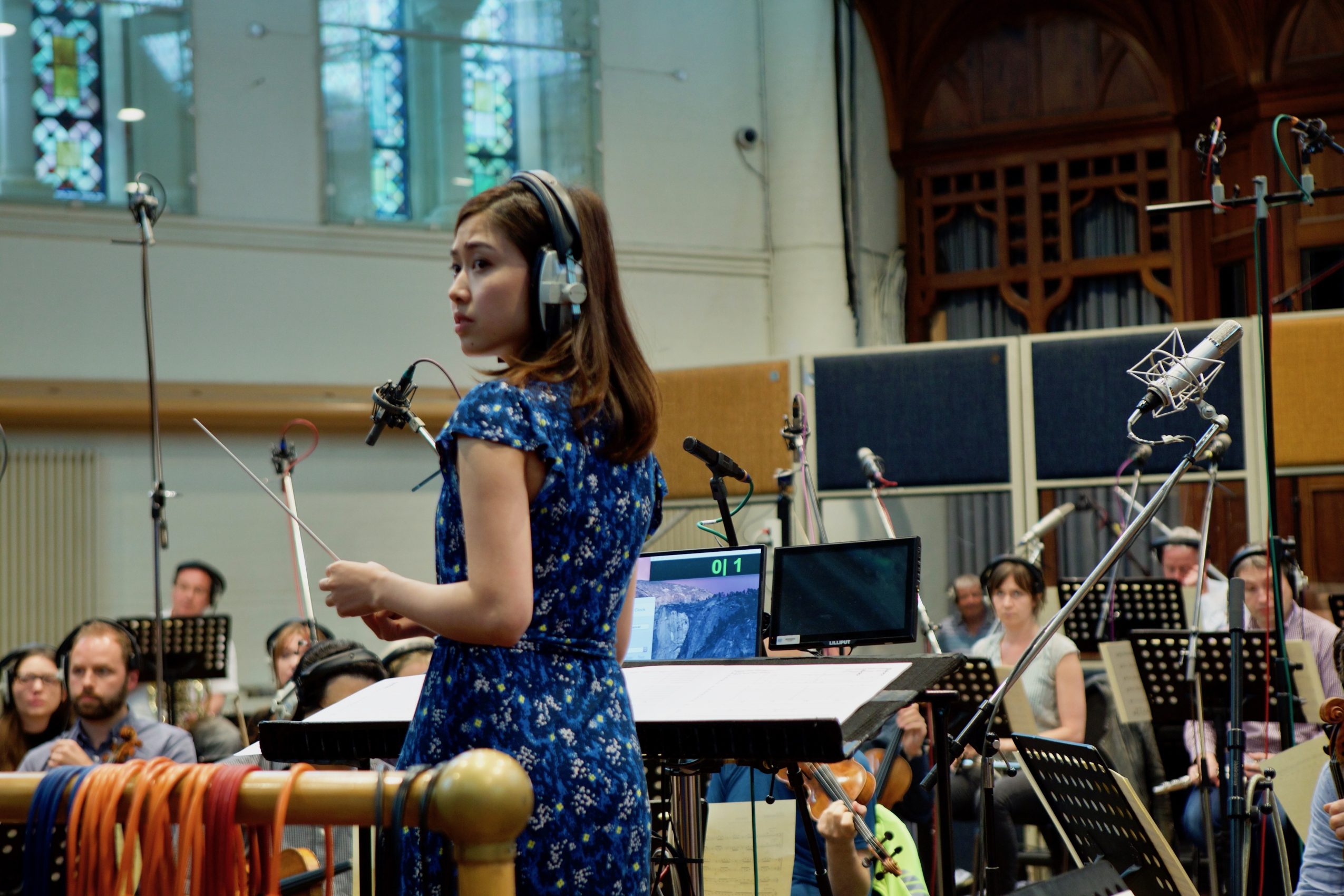 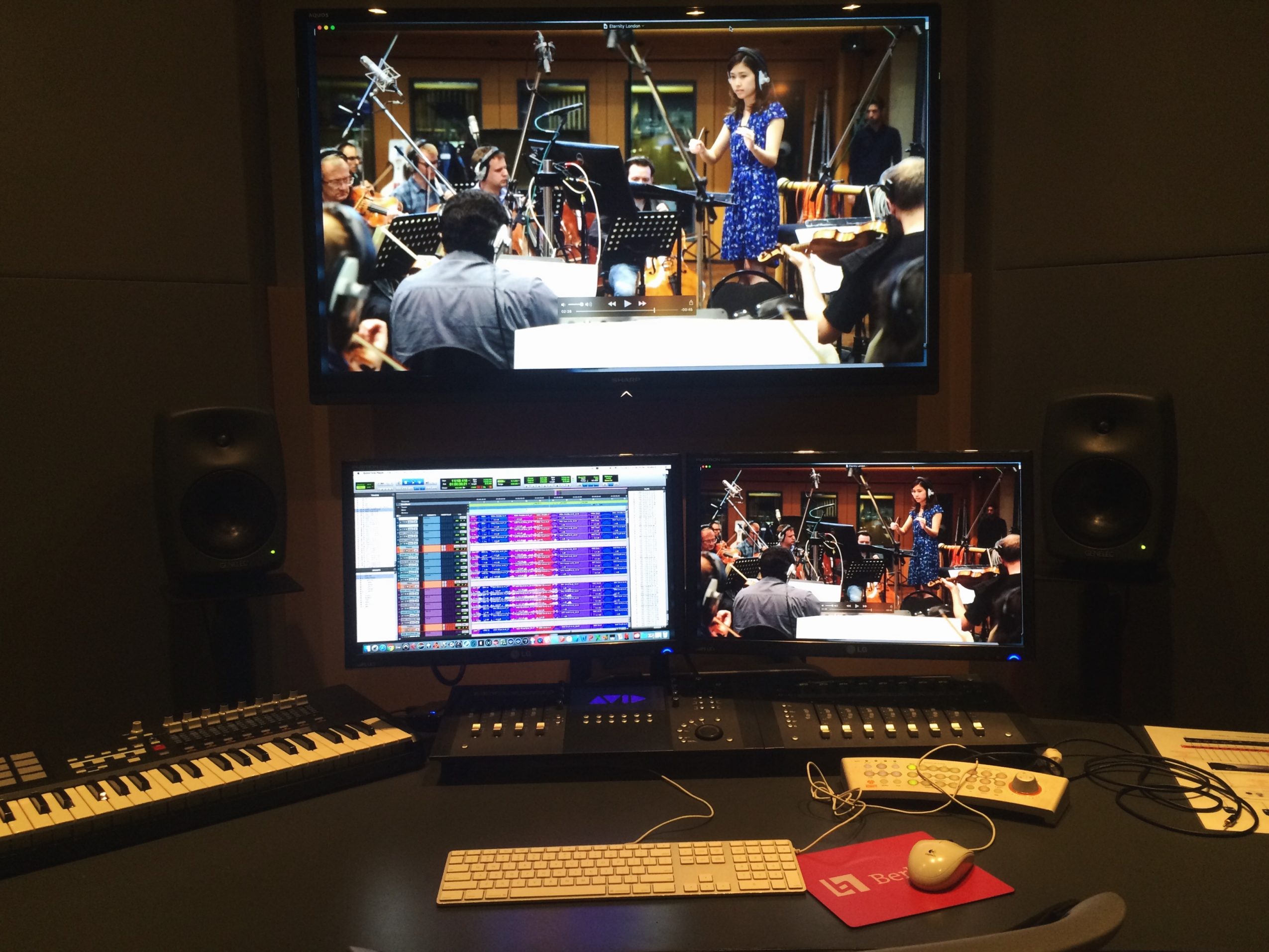 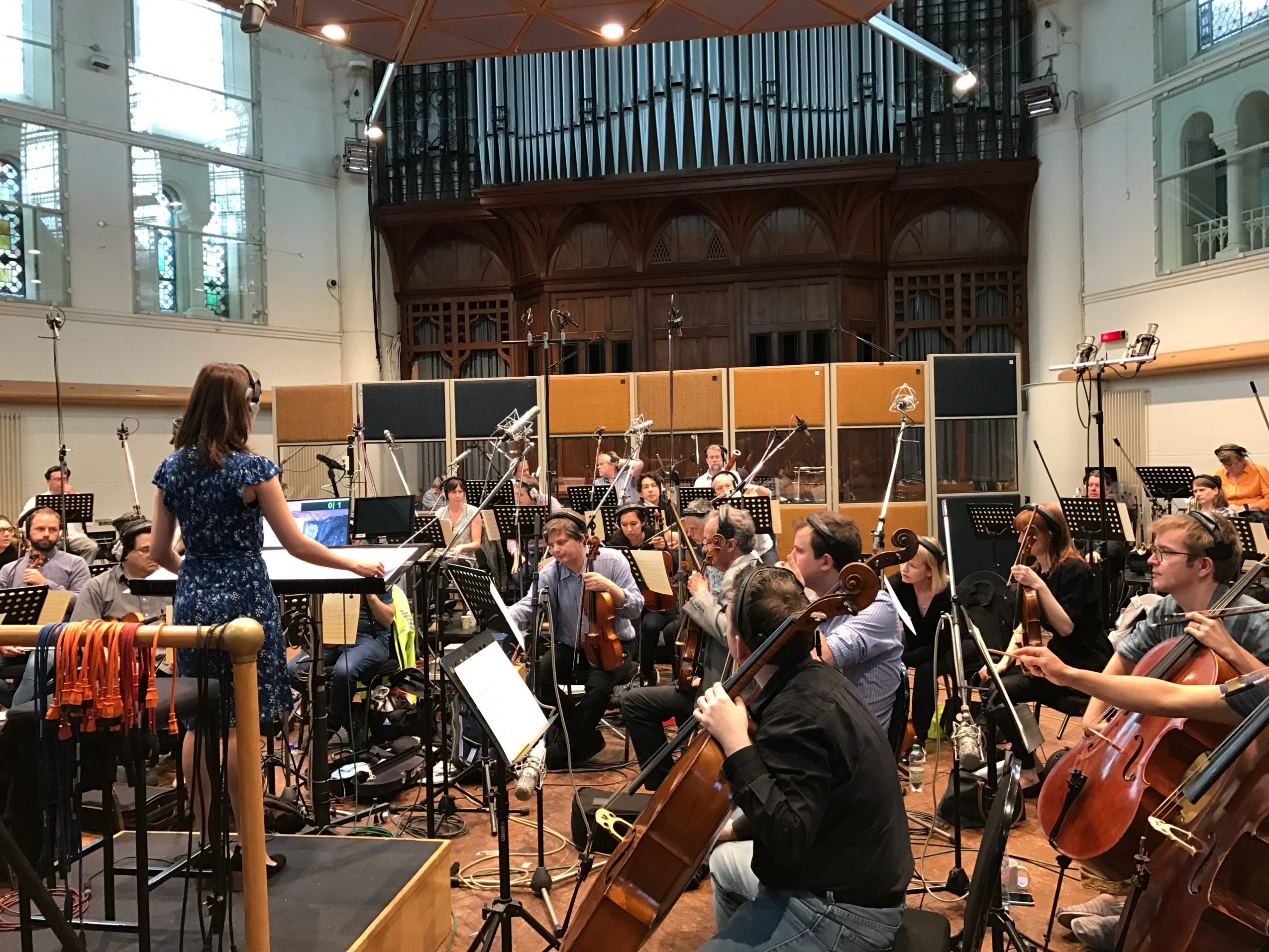 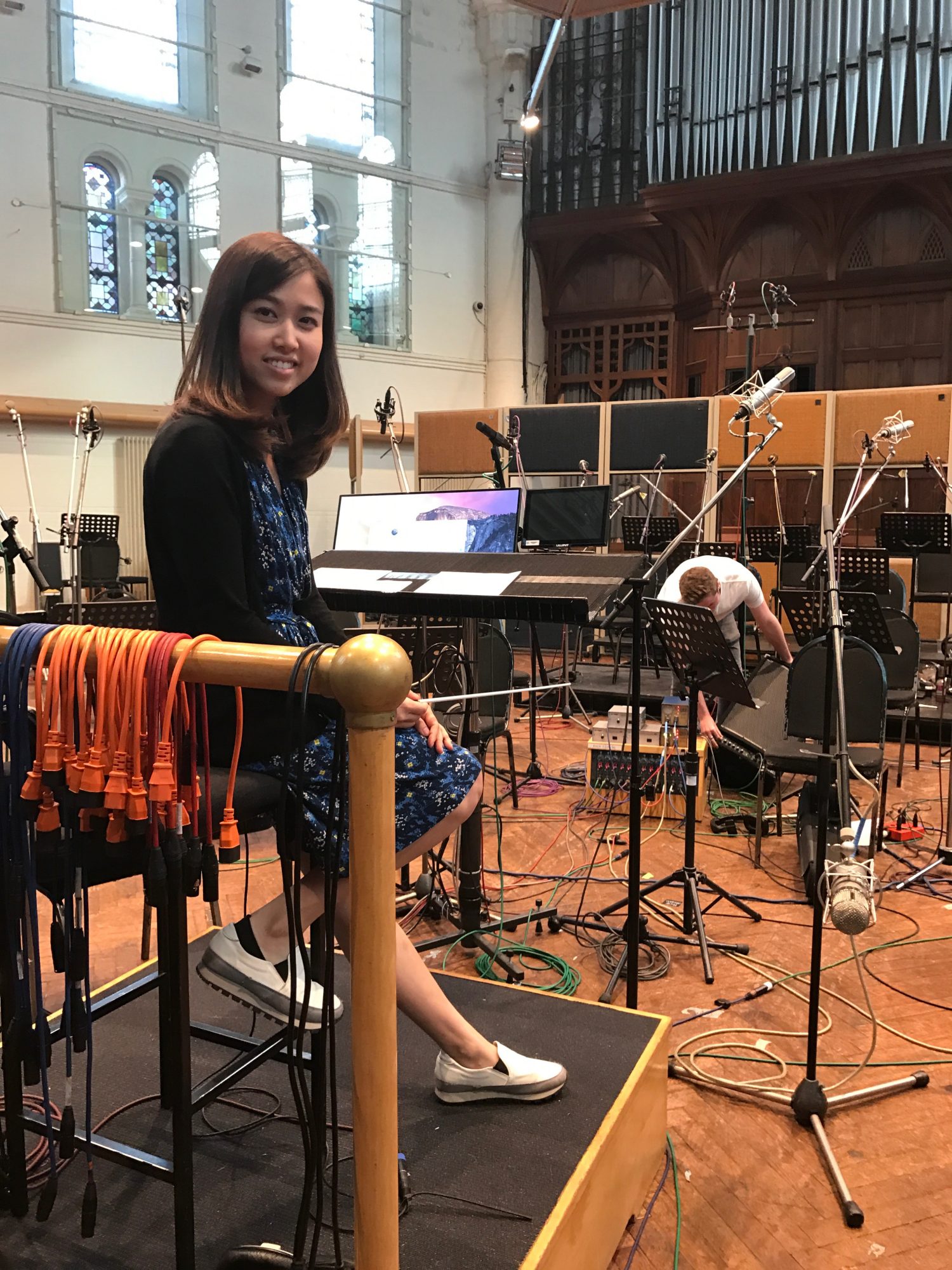 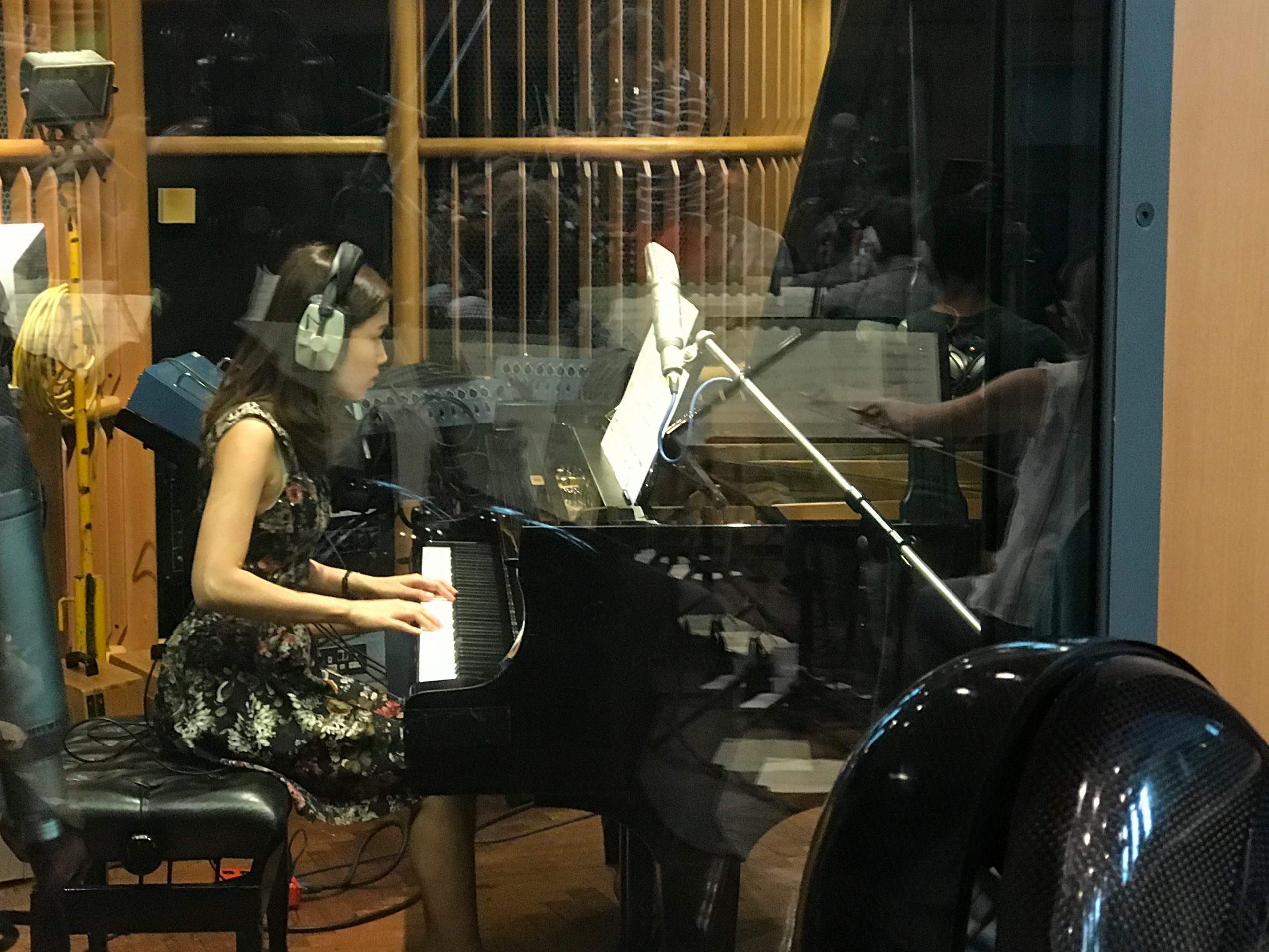