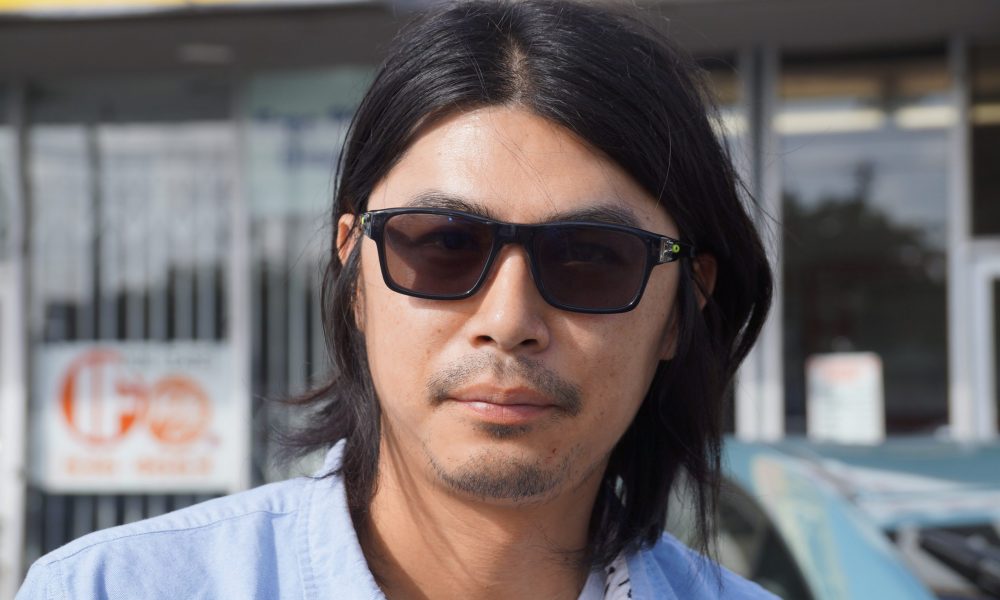 Today we’d like to introduce you to Hideaki Ogiwara.

Thanks for sharing your story with us Hideaki. So, let’s start at the beginning and we can move on from there.
I was born and raised in Tokyo, Japan. During the junior high and high school days, I made many mixtapes for a street dance crew that I was in for dance practice. My friends kept giving me positive feedback and that made me like music more and more. It was a lot of fun playing around with music. That was when I made up my mind that I would become someone who makes living by selecting music- simply put, a DJ.

For an annual culture fest in high school, my crew had done an underground block party every year. I got busted for selling the party tickets and got suspended from school for an indefinite term. I had to call my supervising teacher at 8:00 PM and 8:00 AM every day to report to him to let him know that I was behaving well. That meant to me that I was free and could do anything I wanted at night between these hours. After some alumni from the local area found out about my situation, they gave me a job as a DJ’s assistant and also gave me a chance to spin as an opening DJ on weekends at their club.

Eventually, I became a resident DJ and would spin every night. I enjoyed that life so much that I didn’t want to go back to school. I purposely took time to finish suspension assignments so I wouldn’t have to go back, and submitted them on the graduation day to get out of school. After graduation, I would go anywhere in Tokyo whenever I get a chance to spin regardless of the party type – be it for clubs for foreigners, college parties, even underground clubs for illegal workers. I wanted to make as many DJ friends as I can, watch their plays and learn their styles and their music.

By then, I learned how to create a hip-hop beat and how to create a mixtape. I learned about music production by playing with a sampler, multitrack recorder, learning club dance and so on. I became more and more hooked with hip-hop and watched a whole bunch of American movies and music related videos. Suddenly, an urge to learn English in the US grew in me and the next thing I knew, I was here in Los Angeles. I left Japan telling my parents that I would be staying in LA just for a couple of months to learn English. That changed as soon as I got to LA. I went around record stores that sold hip-hop music.

After visiting a bunch of them, I got to know DJ Icy Ice, a legendary DJ and the owner of Stacks record store in Cerritos which had massive support from LA artists. Icy Ice taught me trendy music, LA party scene, and how to DJ. He taught me everything. One Friday night, he took me to this event in Hollywood where DJ Mark Luv was spinning. Mark Luv was totally killing it – with his extraordinary skills, super funky and groovy mix, the crowd was dancing frantically. He was ripping the whole floor up and down and the crowd would go berserk. I was like “this is not the VHS videos and movies I watched – this is real, this is real Hollywood club scene!” That’s when I determined to stay in LA for a while. While I’m in LA, I want to give my best and try to do everything I can for the day.

Whenever I have time on the side, I would create a demo tape and share it on social media, burn the music on DVD/CD and go around stores to hand out my mix on a regular basis. I would also try to create beats whenever I find opportunities. Everything is an experience. These steady efforts, even a small gig, give me excitement a big thrill as a DJ.

As for music production, When I produce music, I always keep the image of club play in mind. That’s my style. I have placed in a number of competitions, released songs through American major labels, and gradually expanded my scope of activity little by little. This year, I released a song through Armada Music, a Dutch record label known for dance music. I have also recently been fortunate to have the opportunity to engage in the production of remix for some big names such as Flo Rida, Rita Ora and David Guetta.

I have now been spinning on Friday and Saturday nights as a resident DJ at Club Mayan, a prestigious, mega-club in Downtown LA tailored to all nationalities, all ages, all genders.

The type of crowd at Mayan reminds me of the prime of club scenes, so it’s a lot of fun for me to party with them. I want to thank and give my utter respect to DJ Hideo (may he R.I.P.) for hooking me up with this opportunity in 2009.

Has it been a smooth road?
As a DJ, walking down the bumpy road every day is inevitable. Even today, I treat every gig as though it were last. I give my all to each gig. There’s no guarantee that I’ll be asked to perform again.

For me, there are several tens of failure before one success. Even picking one drum beat, I’d have to choose from thousands of sounds from my own library. It takes so much energy and deep deliberation to pick one sound. I struggle and strive every day, and I am always prepared to humbly accept the consequence of my actions. Like I said earlier, everything is an experience. If I face a similar situation someday where I struggled before, I could leverage and make use of the experience next time. You never know when an opportunity comes your way.

For example, I was recently offered a chance to work with Big Beat Records for a production of David Guetta’s official remix. I produced it but it was not released because of a change in their promotional strategy. They made a strong request to me to make a sound that would hit the top charts, so the remix I made had what it takes to do just that. It’s a shame that the remix never saw the light of day – it would have been a hit. In any case, everything I went through had become my blood and flesh.

We’d love to hear more about your business.
Let’s see… I wear many hats.

As an onsite DJ, I have been the resident DJ at Club Mayan for years now. Club Mayan is LA’s landmark mega club established in 1927. With top-notch lighting effects and sound system, DJ’s amazing music selections, the crowd can surely experience the epic, world-class entertainment.

I’ve also been spinning in Zulu Tribe Radio, a hip-hop online broadcast program, for the last 4 years. You can listen to high-quality sound from timeless and ageless 80s/90s hip hop to mix of dope hip-hop sound that is rarely played elsewhere. The crew members and guests are all high-profile figures you wouldn’t want to miss.

For over 20 years, I’ve been making beats on a daily basis – yup, dance club music. This keeps me entertained and upbeat in life. I’ve been composing music and making remixes, and always putting my latest pieces on Soundcloud, so check them out!

Is our city a good place to do what you do?
I think West LA is a great environment for a DJ. My neighborhood has major movie companies, record labels, artists, musicians, publishers, PR… it has everything we need for entertainment. Because of this, there are simply so many opportunities to meet people in the industry.

For example, I went to a studio for my recording, and I bumped into a manager of this producer that I admire at a waiting room because they happened to be recording literally next door. The manager introduced the artist to me and the next thing I knew, I was involved in his production. Things like this can happen at any moment in my city.

Would I recommend this city to someone who is just starting out? Absolutely, 150%! You would be a fool not to take advantage of what LA has to offer.

While LA is an exciting place, there are also so many trendy and quiet cafes. I would go there regularly to focus on organizing my music folders, sipping some coffee. You get to see things in action, and you get to focus on your own stuff. This environment makes it easy to toggle between on and off modes if you catch my drift.

There are so many good things about this city, but I find that parking fee can be a pain – I don’t want to pay $10 just for a few minutes. Depending on the area, you’d have to park to transfer equipment. When people think about a DJ, you might think about turntables and flashy digital peripherals. What you don’t see at all is we sometimes have to do heavy physical work… Equipments are heavy! 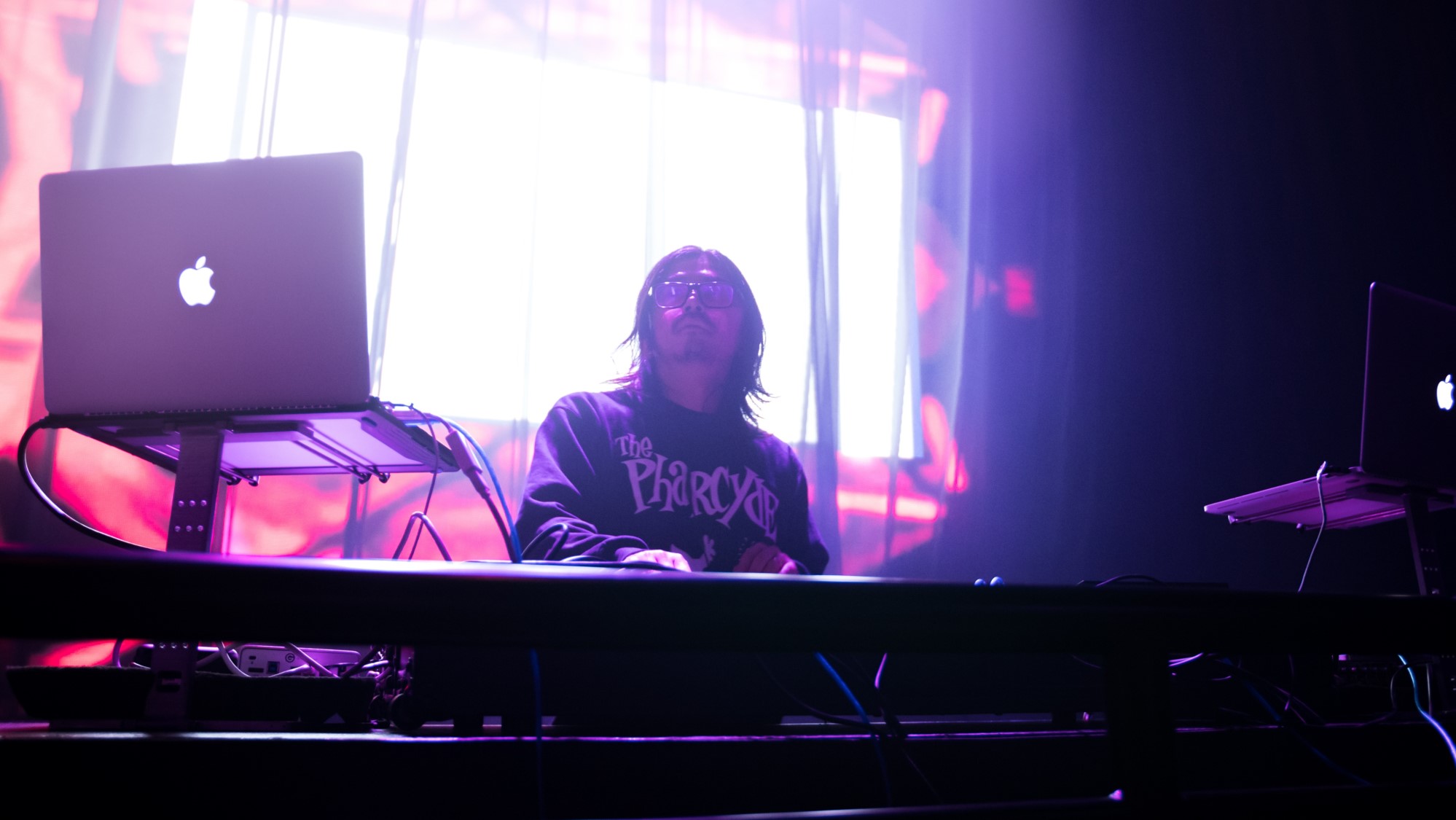 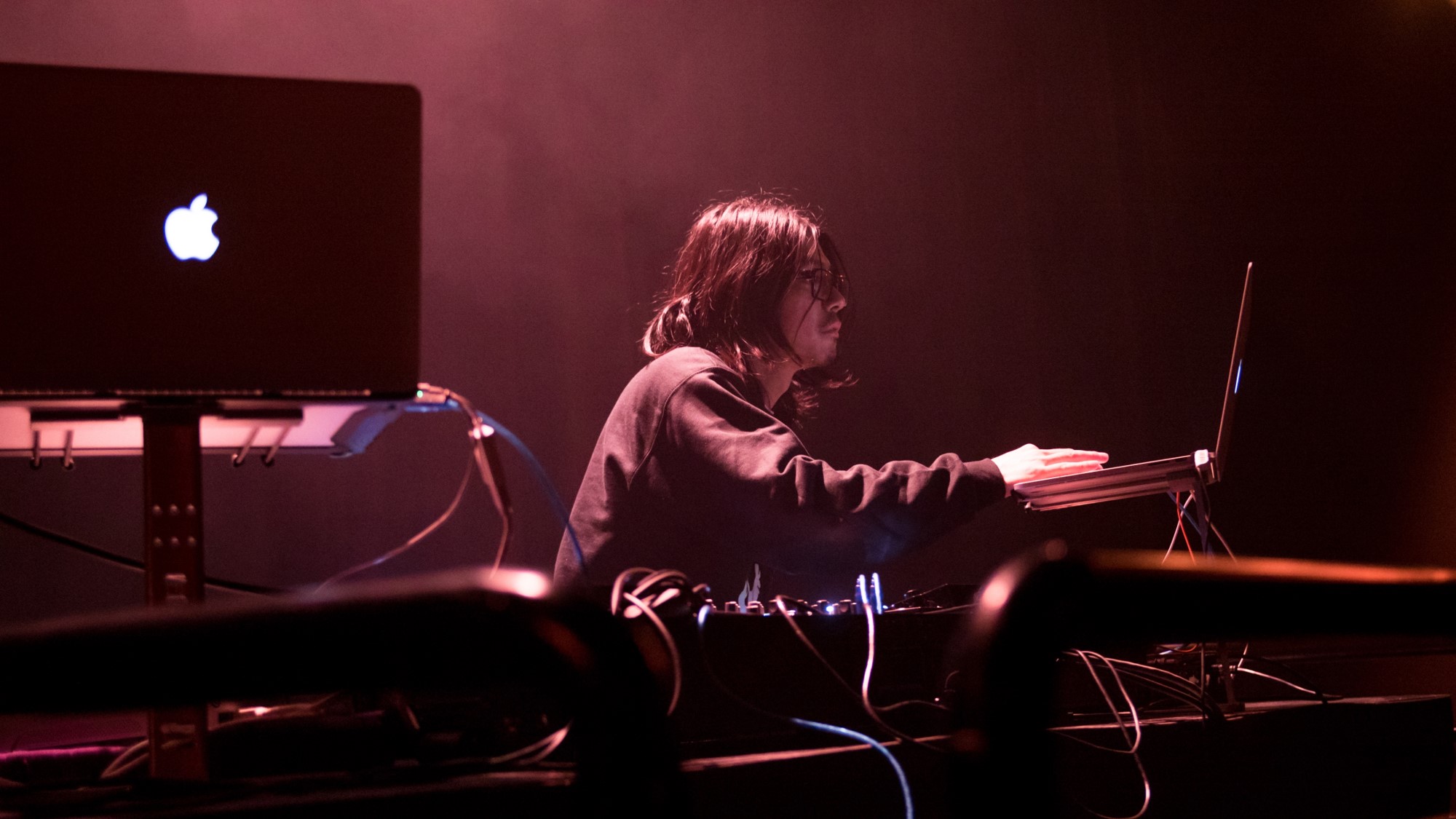 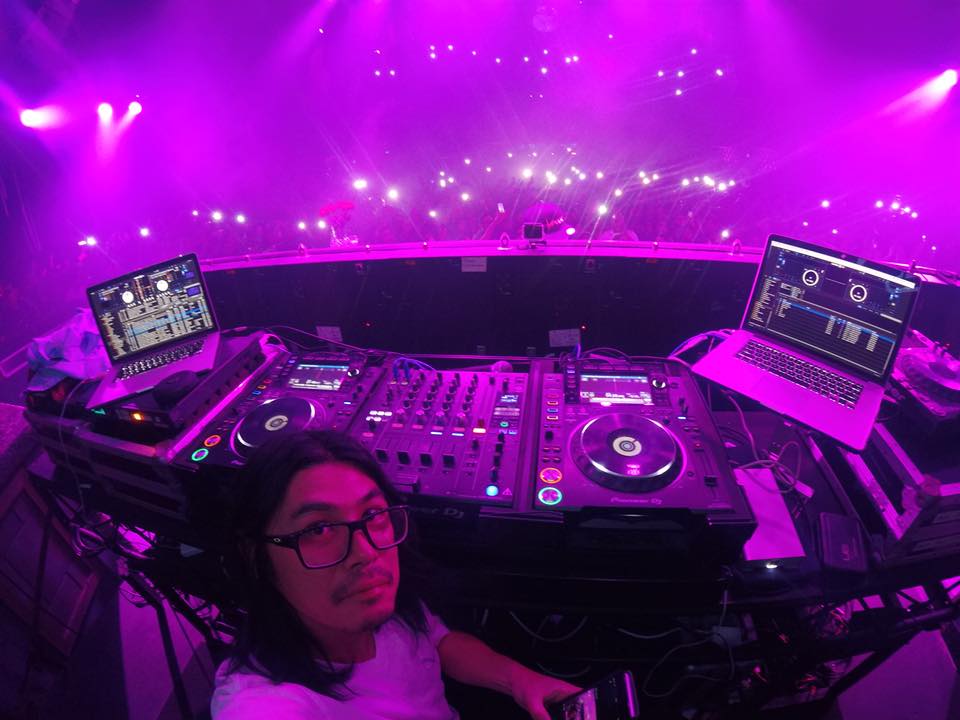 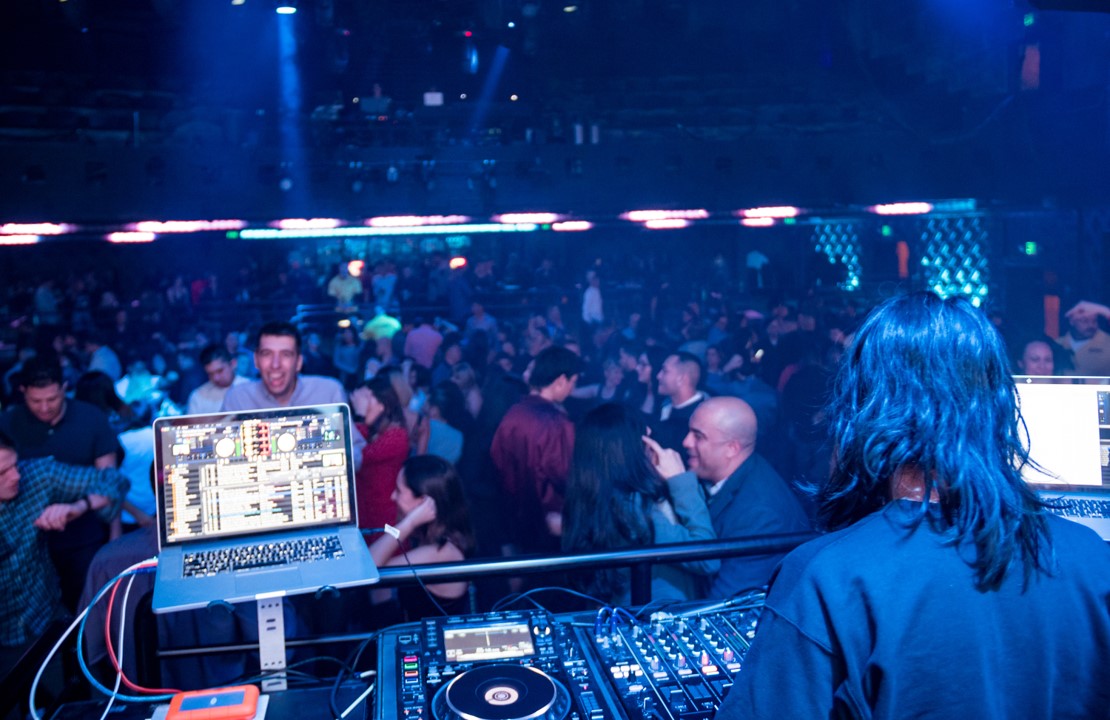 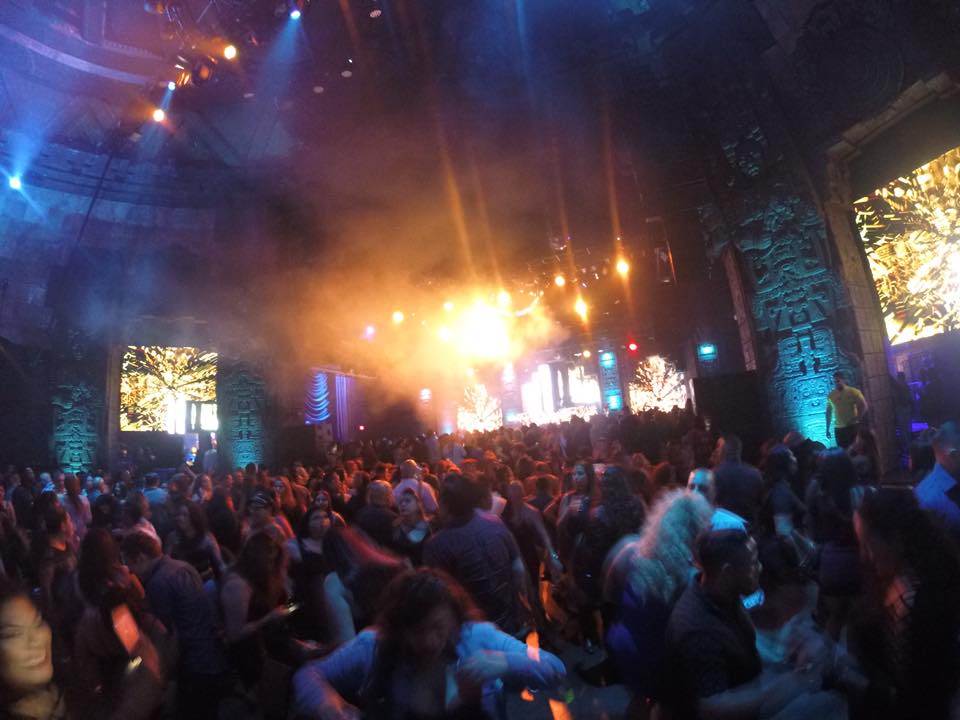 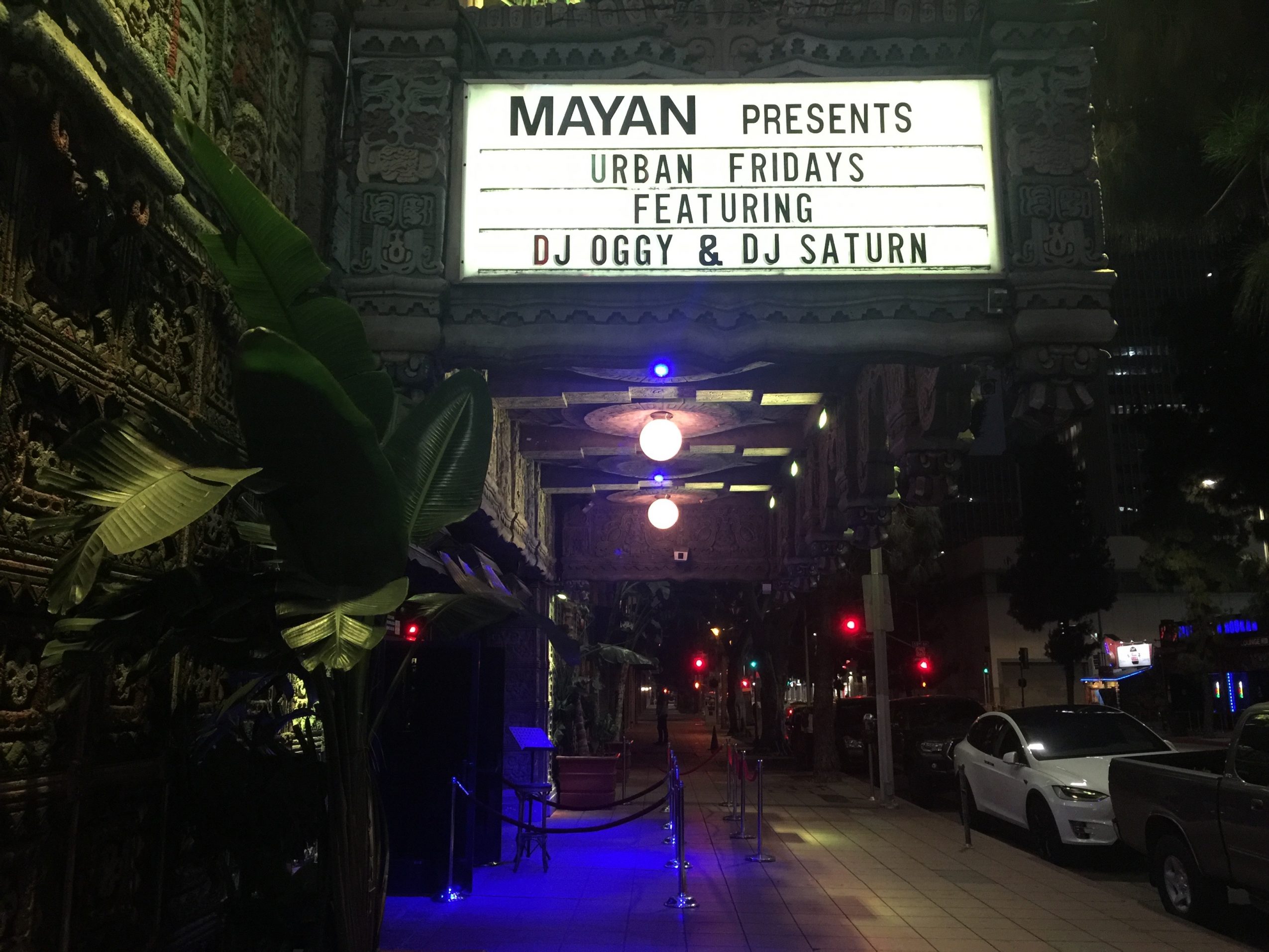 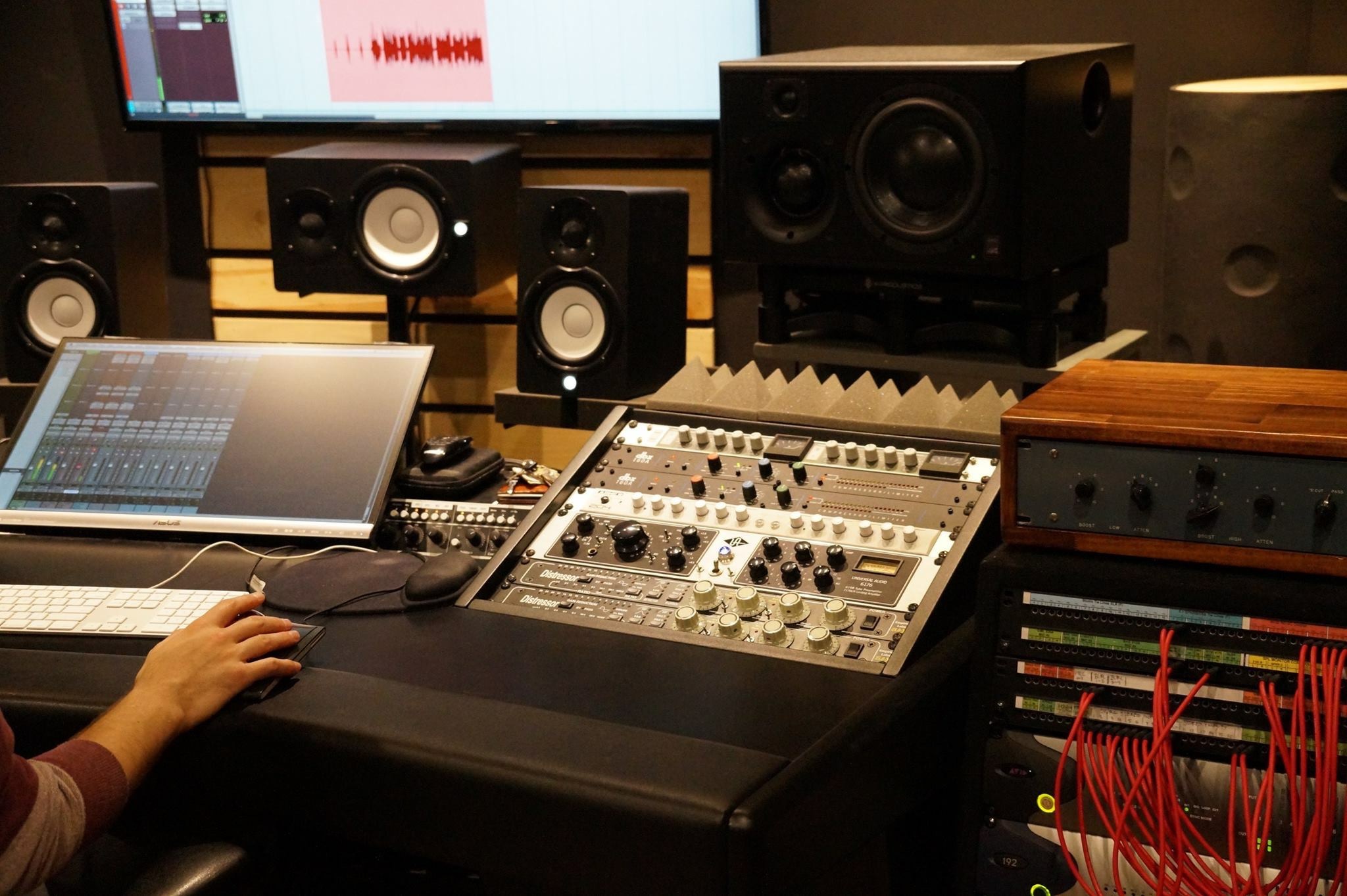 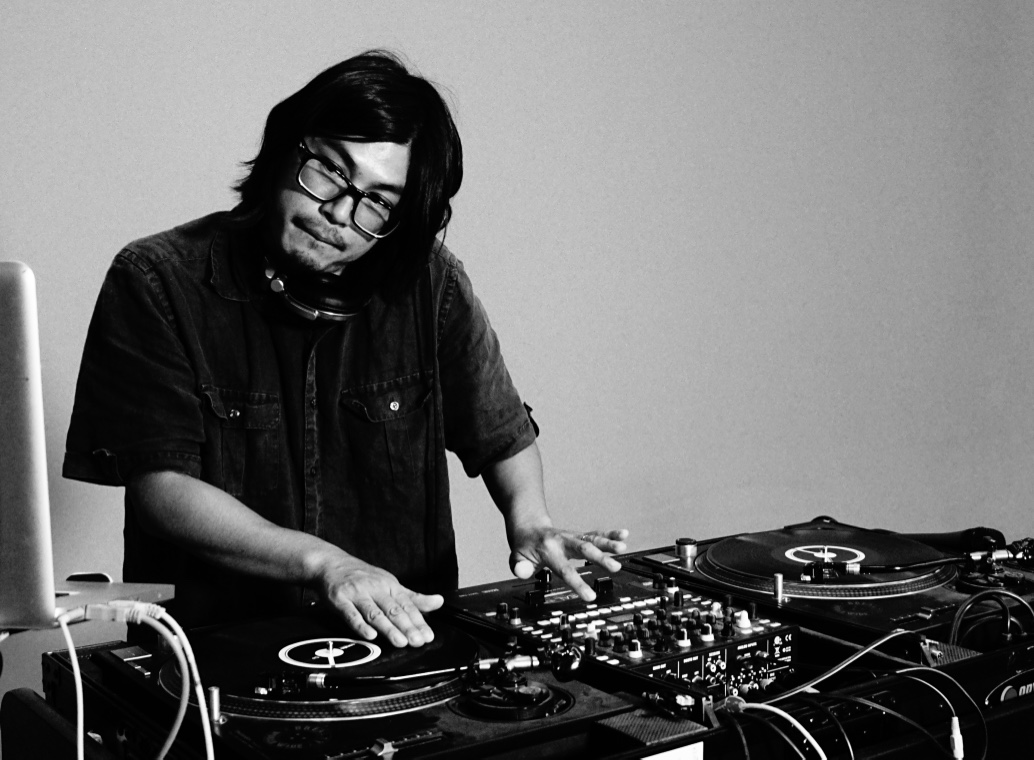