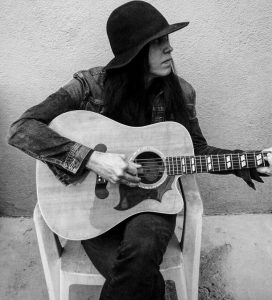 Today we’d like to introduce you to Henry Derek Elis.

Henry, let’s start with your story. We’d love to hear how you got started and how the journey has been so far.
I was raised mostly by my grandmother, I grew up next to Central State Hospital in Milledgeville, Georgia, which was once known as the largest psychiatric facility in the world. It was a scary place, but in a weird way, it was a fascinating world as a child. My Dad worked there and he used to tell me the most unbelievable stories. I think that had a tremendous influence on me and my songwriting. Throughout my childhood, I observed the ravages of illness, addiction and suicide first hand. I always contributed all that to growing up in a small town and that the town was probably cursed by it’s dark past…But, that’s just real life you know.

When I moved to Atlanta, I had a few bands, playing in mostly rock and metal bands before joining The Sweet Meat Love & Holy Cult, a folk collective with legendary artist Jarboe (formerly of the influential band Swans) This inspired me to create acoustic-based folk music, which I did so under the under the moniker of: To The Boy Elis, a reference from the work of Austrian born poet, Georg Trakl. One of my personal favorites. Of course, I never lost my love for Rock & Roll and I kept searching for potential opportunities. That led me to dead-end projects, demoing dozens of songs that no one would ever get the chance to hear. But, it also brought forth some exciting firsts as well. I got to tour the States, record several albums and play the infamous SXSW festival.

I eventually moved to Los Angeles and recorded demos with various bands, including members of Gorgoroth, Type O Negative and Anthrax. In 2013 I joined the band Scar The Martyr with drummer Joey Jordison of Slipknot fame. After releasing one album on Roadrunner Records, I went on to help form the thrash metal band Act Of Defiance, featuring former members of Megadeth and Shadows Fall. So, it’s been a whirlwind of stop and starts in a way, but my motto is simple: Just keep moving. I’m certainly grateful for the success I’ve had, but I’m grounded in the sense that the value of art is under-appreciated. Being a musician may be tough, but having the passion to create something that’s in your heart takes courage and integrity. That doesn’t always equal money or fame, but that’s okay. You can’t worry about that stuff too much. I’m more focused on my solo career nowadays and my two new bands, QAALM & Cave Flowers. For me it’s all about pushing forward, discovering new sounds, writing new songs, etc. As Guy Clark once said, Sometimes the song writes you.

Overall, has it been relatively smooth? If not, what were some of the struggles along the way?
It’s been rough and rocky travelin’ for sure, but that’s where the best songs come from. We can’t all be void of substance and personality! I would’ve liked for these things to come a little easier, sooner perhaps. But, if it’s really worth a damn, you’ve got to be willing to put the work in. Money has been the biggest struggle. It’s worth mentioning because the state of the music industry is at an all-time low.

Can you give our readers some background on your music?
I am a singer/songwriter and professional musician. I’ve been in bands since I was 17 years old. I released my debut solo album “The Devil Is My Friend” in October of 2018 featuring contributions from Aubrey Richmond & John Schreffler Jr. (Shooter Jennings), Jarboe (Swans), Tara Vanflower (Lycia) Sera Timms (Black Mare) and more. I’m currently working on releasing an EP of cover tunes due out in Spring 2020.

If you had to go back in time and start over, would you have done anything differently?
I would have played the game differently or gone into politics. It’s not always how talented and/or motivated you are. I realize I don’t always “play” well with others (the rockers with big egos) and the music industry is not so much about the music anymore. The business stuff can get in the way and it can kill creativity if you’re not careful. 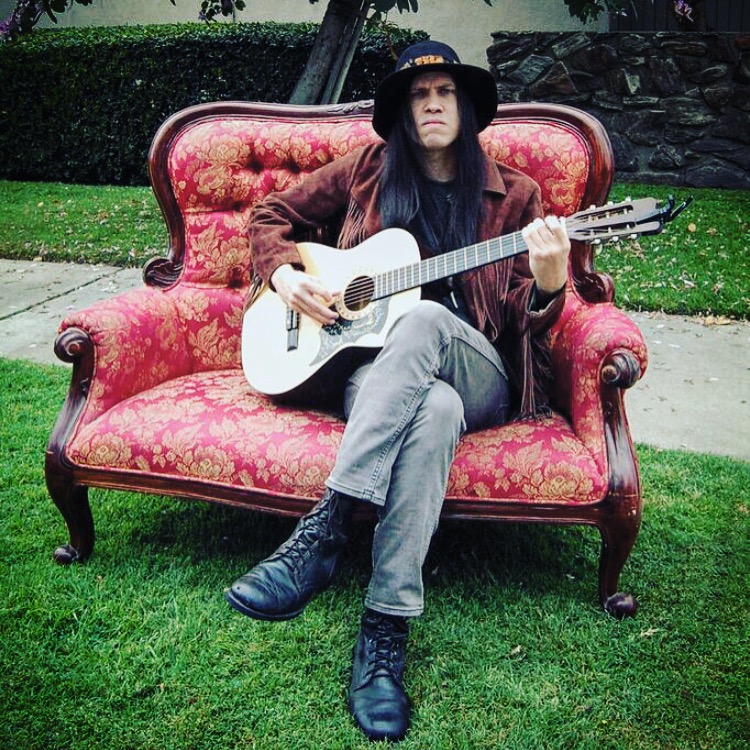