Meet Helena McGill and Anna Wozniewicz of Noctvrnal in Hollywood 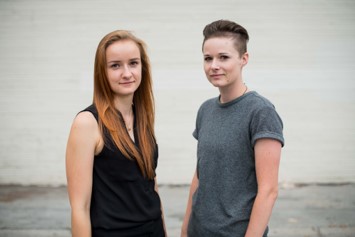 Today we’d like to introduce you to Helena McGill and Anna Wozniewicz.

Thanks for sharing your story with us Helena and Anna. So, let’s start at the beginning and we can move on from there.
Anna and I met back in undergrad at Chapman University’s film school, where we were both studying sound design. The audio program was very close-knit, so we became good friends early on and collaborated not only on school projects but also independent films as well. Back in 2016, we were presented with the opportunity to be a part of Chapman’s first VR project: a big horror film in collaboration with AMD.

There was never really a moment where the two of us sat down and had the “we should start a company” conversation, it kind of just…happened. We like to say it all started when we were working at a tech conference in return for free audio software (the starving student mentality!), and right there in the middle of the trade show floor, we brainstormed and bought our first domain name. The name “Noctvrnal” was definitely also an inside joke, as sound designers were notorious for having the most restrictive sleeping schedule during post-production season at film school.

That year, we continued to pursue as many VR projects as we could and attended more events to connect with the growing immersive tech industry. We registered with the State of California as an LLC, taught ourselves the ins and outs of accounting (SOS), and figured out a way to work remotely while Anna completed her final year at university and Helena relocated to Los Angeles. The following year brought us into contact with an array of XR projects, installations, immersive theater, and all sorts of weird, experimental sound design.

Now we’re almost three years into our company and we’ve been able to work on projects from MIT to the LA Phil and speak at numerous universities regarding our experience in the audio and immersive tech industries. We’re also gearing up to teach a couple of collegiate courses starting in the spring of 202o, and we’ve produced interactive pop-up art shows with one of our installations going on tour with the World of Light.

Has it been a smooth road?
We’ve learned two things: mutual trust and effective communication. No business partnership will succeed past the brainstorming phase without those two things. We were warned by several of our mentors that entering into a business relationship with a close friend was risky, but we never felt this would be a roadblock to developing a strong company – and we’re still best friends. We jokingly refer to each other as “partners, not ‘partners’,” because of how often we are asked if we’re romantically involved – DURING business engagements.

That being said, we’ve definitely learned a lot more about our work and communication styles; we also had to navigate working remotely for a year and a half while Anna finished up her undergrad. Taking the leap into a company, then trusting each other to jump into it full time, and finally getting on solid ground to be able to commit to an office space in Hollywood- that all took a lot of perseverance, hard work, and TRUST.

Being at the crossroads between three male-dominated industries (tech, entertainment, and audio) has been challenging at times. We’ve encountered quite a bit of ageism in the space, and have had to expend a lot of energy simply proving our worth before we’re taken seriously as engineers and treated as equals and collaborators. In the first year as a company, we had a handful of colleagues repeatedly ask us if we were “still doing our company thing,” which was invalidating and frustrated us that they weren’t taking us seriously. As mentioned earlier, we’ve also been mistaken quite frequently for romantic partners, and have had to clear that up for clients during business meetings.

One of the biggest problems for women in XR is access – most of the funding comes from men, and fewer women are getting funded than men, which creates a vicious cycle. We’ve found that our biggest projects and repeat clients come from fellow women in the XR space. Whether intentionally or not, women supporting women has been the biggest support system in immersive tech, and we’re very proud to be a part of such a vibrant and resilient community.

So let’s switch gears a bit and go into the Noctvrnal story. Tell us more about the business.
Noctvrnal is an interactive audio studio based in Los Angeles.

Co-founders Helena McGill and Anna Wozniewicz are visual storytellers with a background in sound design for narrative film. After noticing a lack of female entrepreneurs in audio and music production, the duo decided to launch Noctvrnal in January 2017 and have since expanded into the XR and immersive tech space.

Noctvrnal is bringing immersive sound design to the forefront of virtual and augmented reality by pushing the boundaries of current techniques to create a more visceral experience. The team is passionate about creating new worlds through sound, and their work has been featured at MIT, USC, and VRLA.

Spatial sound is a powerful tool for immersion, accessibility, and UX design in all XR applications, and allows you to attach audio to specific objects that are then panned around the virtual space. Think Marco Polo – but in VR.

This type of mixing involves a completely separate workflow from what we were used to in traditional media, and it actually closer in scope to designing audio for video games. If there is a human in front of you in experience, their voice is assigned to their body and will “follow” them as they move around a space, allowing you to effectively navigate a virtual environment just as you do the natural world.

And more recently, we’ve been diving headfirst into the art and interactive installation world. First, we co-produced Cerebella, an interactive pop-up art show that saw hundreds of people come through the doors for a limited, weekend-only show. Now, our installation work is currently on display in DTLA for the World of Light exhibition (now through August.)

How do you think the industry will change over the next decade?
The XR industry is still in its infancy- we’re just riding the hype cycle waves until the hardware market has had time to even out and catch up to the price point that consumers are looking for.

That being said, we’ve seen an explosion of the location-based entertainment industry, which includes everything from art shows, to interactive music pop-ups, to VR arcades, and room-scale VR experiences. These are the experiences that people are looking for, something that’s social and fun and you have to get up and leave your house to experience.

Augmented reality is also poised to surpass the VR industry in both experiences and market share, but that will take time as spatial computing continues to evolve.

For Los Angeles specifically, we’re very excited at the recent boom in pop-up experiences, whether that be retail, entertainment, or a fun mix of the two. We’re very passionate about world building and bringing temporal experiences to empty real estate to not only test our ideas but make XR technology more accessible to the public. 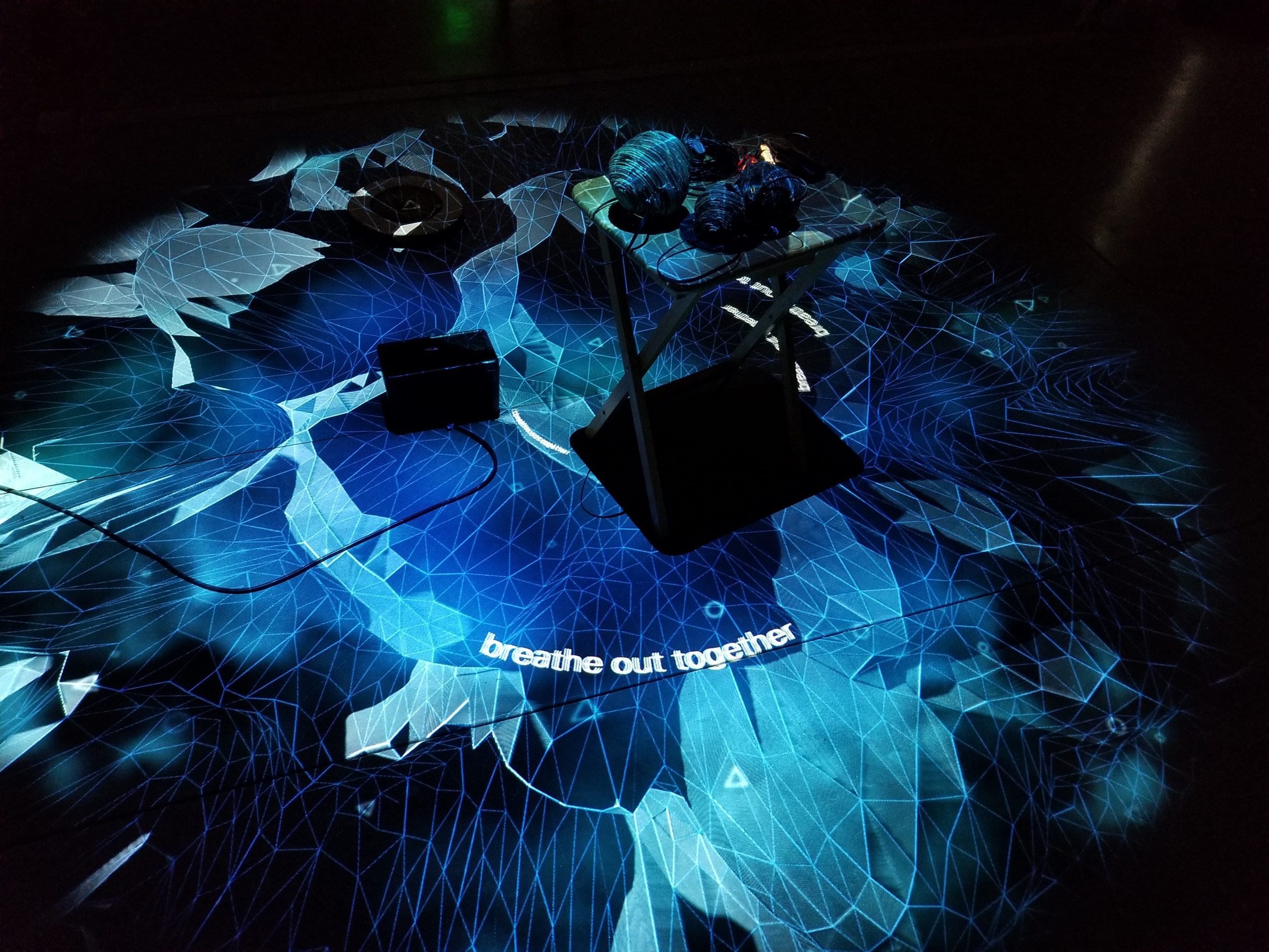 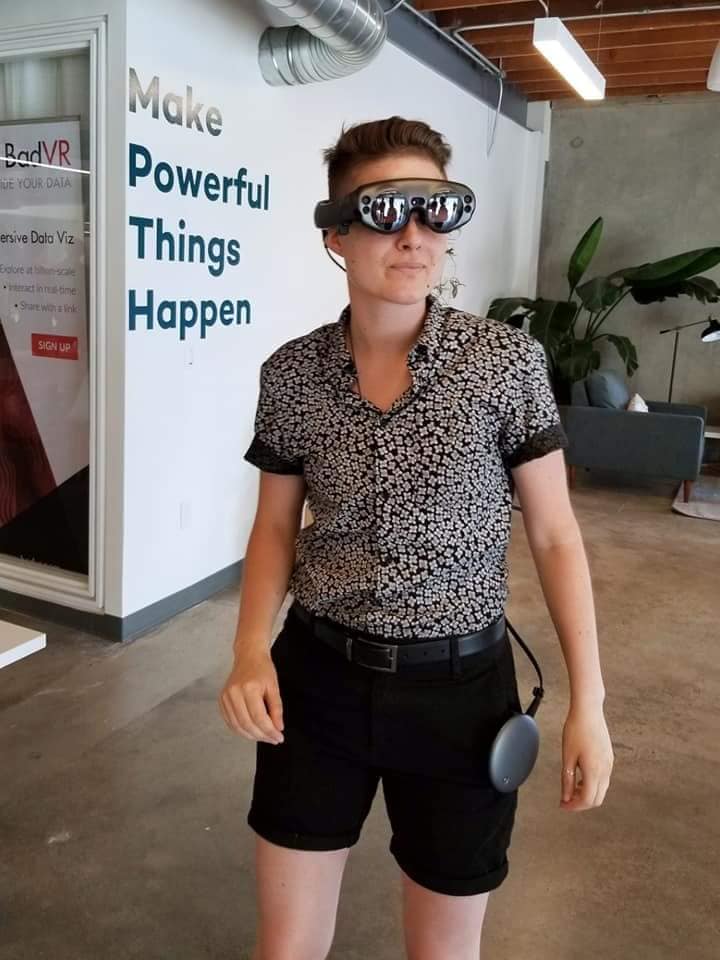 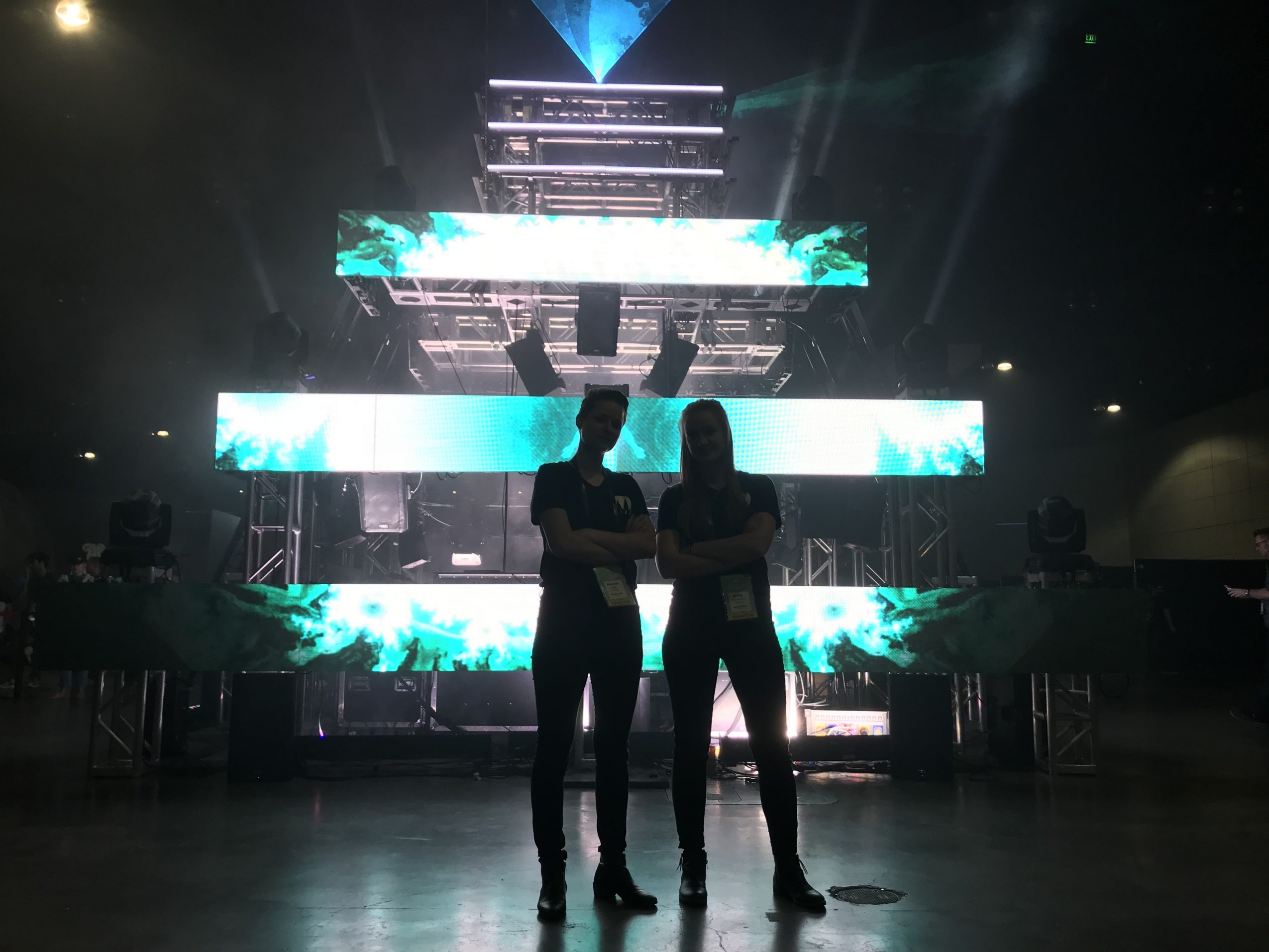 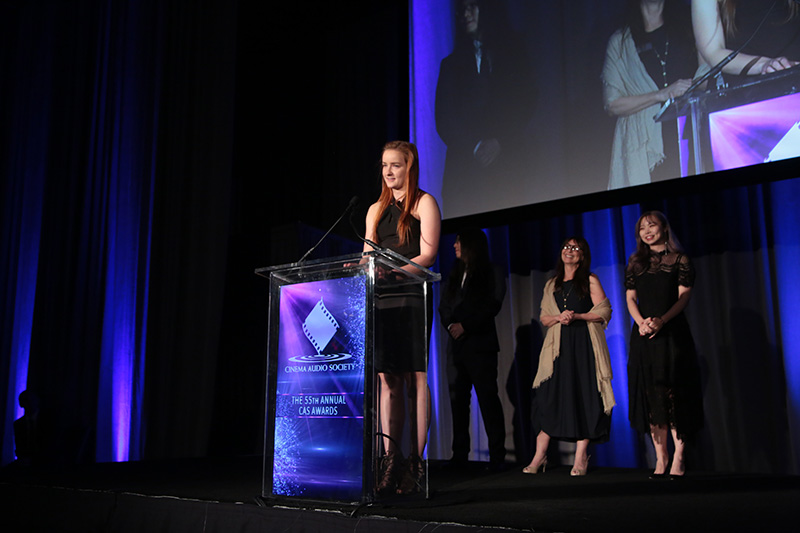 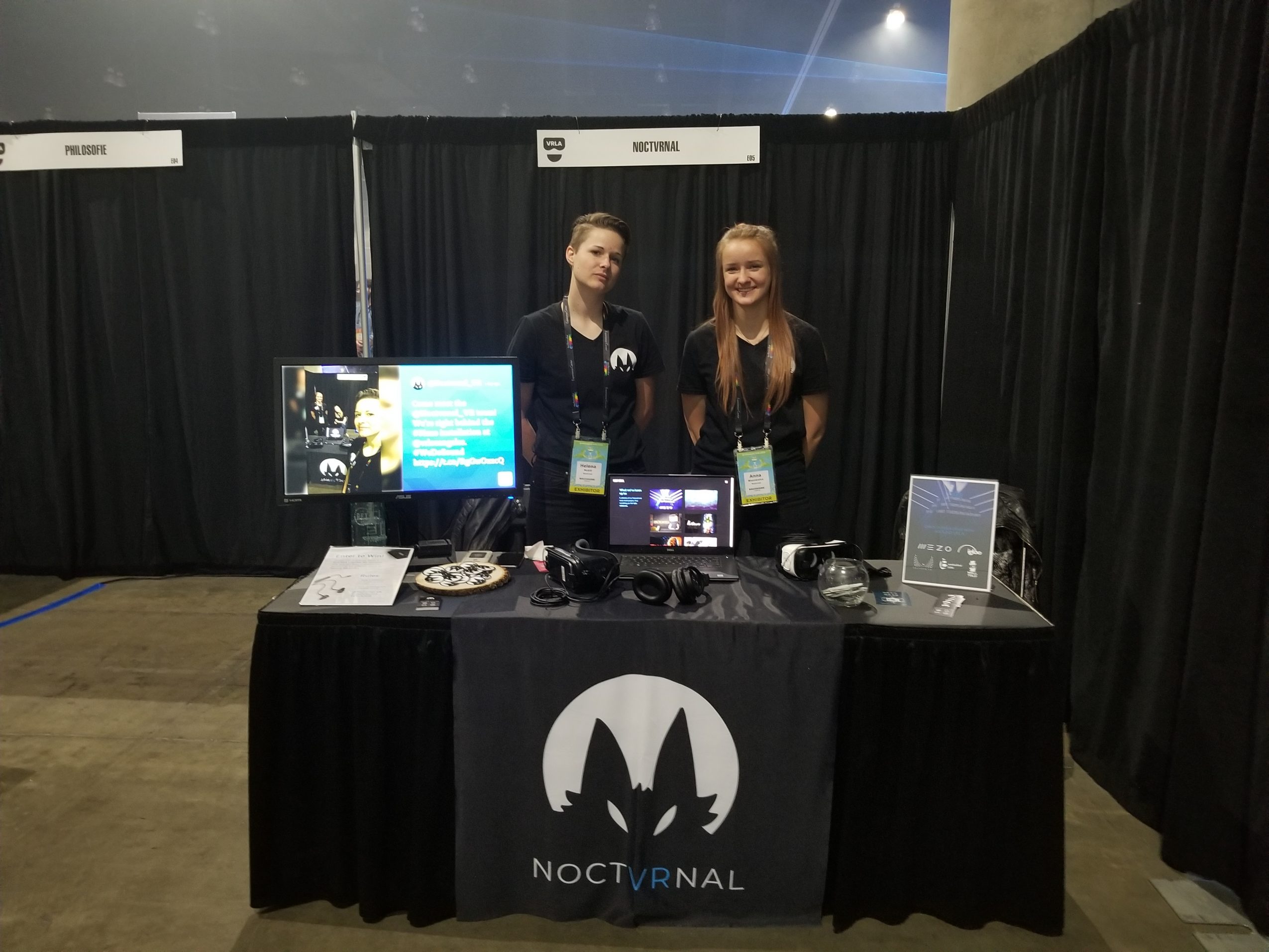 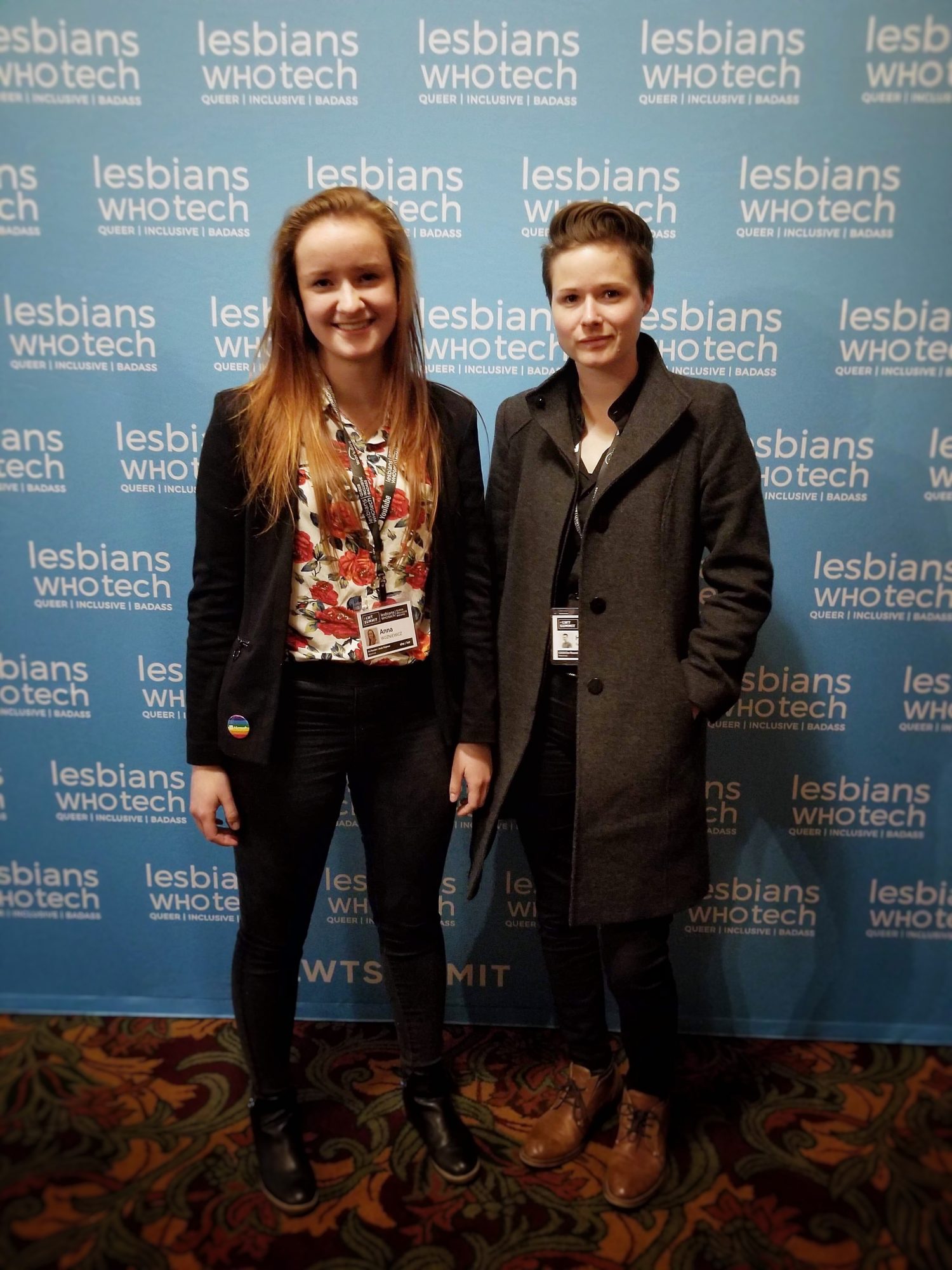