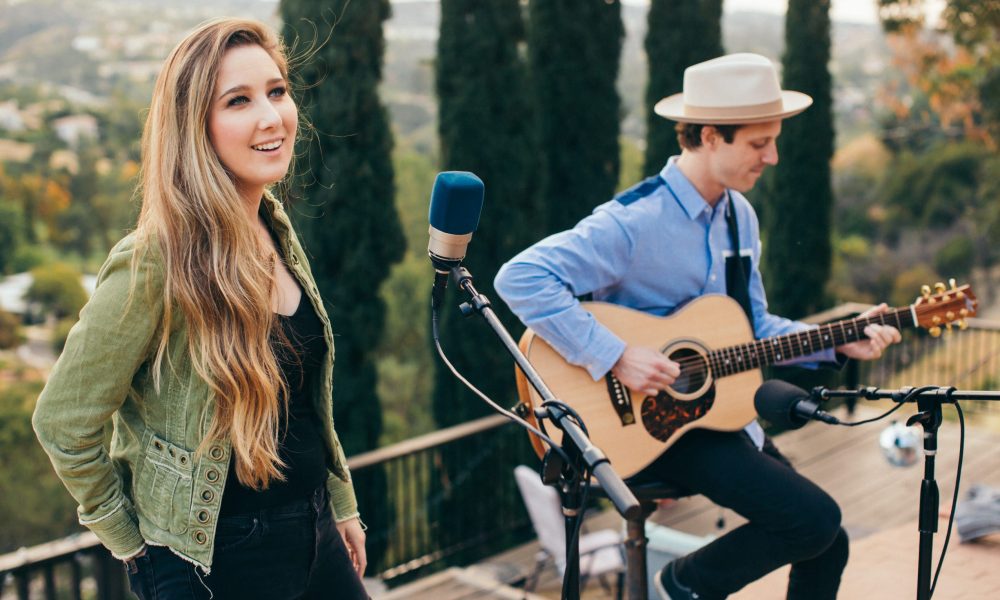 Today we’d like to introduce you to Heather Youmans.

So, before we jump into specific questions about the business, why don’t you give us some details about you and your story.
I just have to start off by saying Los Angeles is awesome. LA brings some of the most creative people from around the world together in one space, where we all can collaborate and inspire each other. It’s overwhelming, motivating and so beautiful at the same time. I’m from San Diego originally, but this city – and the people in it – have helped me find myself as a creator and storyteller, which is the best way to sum up what I do. I tell stories about my life experiences as a singer-songwriter. I’ve helped tell other people’s stories as a journalist and publicist. In theatre, I get to step into the shoes of a character and see life through their eyes. I’ll never get tired of telling stories. I am sure of that.

My journey in the entertainment industry began when I started working in musical theatre, TV/film and voiceover in Southern California as a pre-teen. It was musical theatre that ended up being my gateway into the music industry in LA. When I was 13, I walked into an open call for workshop of a musical. The audition was at an LA recording studio, and on that day, I ended up meeting the songwriter that produced my first songs and kick-started my singing career. I was incredibly lucky to grow up in the studio with some of the industry’s best mixers, engineers and session musicians. They taught me so much and helped me grow into the musician I am today.

Later on, I felt very compelled to write, so I studied journalism and public relations at Long Beach State. After a year of classes, I was offered the chance to be a freelance entertainment and music journalist for Los Angeles Times Media Group, and later on, The Orange County Register. I initially started off as a theatre, music and dance critic and then branched off into writing feature stories, which gave me the opportunity to interview some of my idols – members of The Beach Boys, Ann Wilson of Heart, Martina McBride, Brian McKnight, George Lopez, Brooke Shields, Chita Rivera and several Grammy award-winning musicians. During that time, I also reported on music and theatre in schools, advocating for arts education. Every kid should get the chance to create and experience performing or visual arts. It builds confidence and can change someone’s life!

I made the transition from journalism to public relations in 2013, at which point I decided to enroll in an MBA program to study business and marketing while working full-time in PR and music. Before I joined the marketing team at Fender in Hollywood as a Global PR and Communications Manager, I got to work with some of my favorite consumer and entertainment brands – 20th Century Fox, Dolby, The Rose Parade/Tournament of Roses and Target.

I love my job, which is essentially being a storyteller for the Fender brand and the artists that we support. I interact with journalists all day long, and it keeps me connected to my past life as a reporter. Working at Fender is everything you think it might be. Everyone is incredibly talented, and through this job, I’ve been able to work with some of my idols, like Jimmy Page, and I even got to interview Brian Wilson for a Fender video (It’s still one of the best days of my life). Fender is such a storied company that’s widely respected in the music industry for its legacy, but also for its willingness to embrace the digital age and modern musical needs of players around the world. My work helps inspire new and seasoned players to express themselves through music, and that makes me so happy.

Great, so let’s dig a little deeper into the story – has it been an easy path overall and if not, what were the challenges you’ve had to overcome?
One of my biggest regrets has been growing up too quickly and not giving myself the chance to dream big and take more risks. Growing up in the entertainment industry as a kid is hard, and even more mentally challenging as an adult. I try to take every opportunity that doesn’t work out as a learning experience and remind myself that in order to succeed, you have to pick yourself up quickly and just keep going. The faster you do that, the more progress you’ll make. Success is determined by your mindset, and I’ve found that embracing optimism is essential.

What should we know? What do you do best? What sets you apart from the competition?
When I’m not telling the Fender story, you’ll find me working on a theatre project or singing at LA venues – such as the W Hotel Hollywood, The Hotel Cafe, The Viper Room or The Study – with my husband and guitar player Jon MacLennan (guitarist for Julian Lennon, John Popper of Blues Traveler and Steven Tyler).

My primary instrument is my voice, although I play bass and sing, and when I write, it’s with either guitar or piano. I feel like my songs marry the best of powerful, soulful vocals with raw storytelling – looking at honest life moments and emotions. I’m so lucky to have found an outlet for my music at such a young age, but the music I’m writing and performing now represents the woman, songwriter and artist I have grown to become in the past decade – through love, loss, pain, triumph and the beautiful, unspoken moments life brings.

I’ll be releasing two EPs within the next nine months. The first will include live performances of original music and covers from a show I played at The Hotel Cafe in May. The second will feature all-new original music produced by my husband. I’ve been releasing stripped-down, live music videos for some of the songs on YouTube. You can listen to the first tune, “Is It Just Me,” performed live at The Recordium  here: https://www.youtube.com/watch?v=CXnuhtl92bU

What moment in your career do you look back most fondly on?
When I was a teenager, I co-wrote and sang on a pop song called “Girl To Change Your World,” and in its first week at radio, the single got air time on Radio Disney and several other nationwide Top 40 radio stations. It’s not the type of song I’d sing or write now (I was sixteen then!), but it’s a snapshot in time, and I’m proud of it. Since then, some of my favorite experiences have been appearing on Season 11 of American Idol; performing as the opening soloist for an event headlining Sting and the late Natalie Cole; and writing and recording original music for movies like 20th Century Fox’s Moondance Alexander starring Don Johnson, Kay Panabaker and Sasha Cohen. Several of my songs are also featured in the movies Flicka 2 – with country music icon Clint Black – Marley and Me 2: The Puppy Years and High Strung, which premiered at Hollywood’s TCL Chinese Theatre and was released in theaters nationwide. 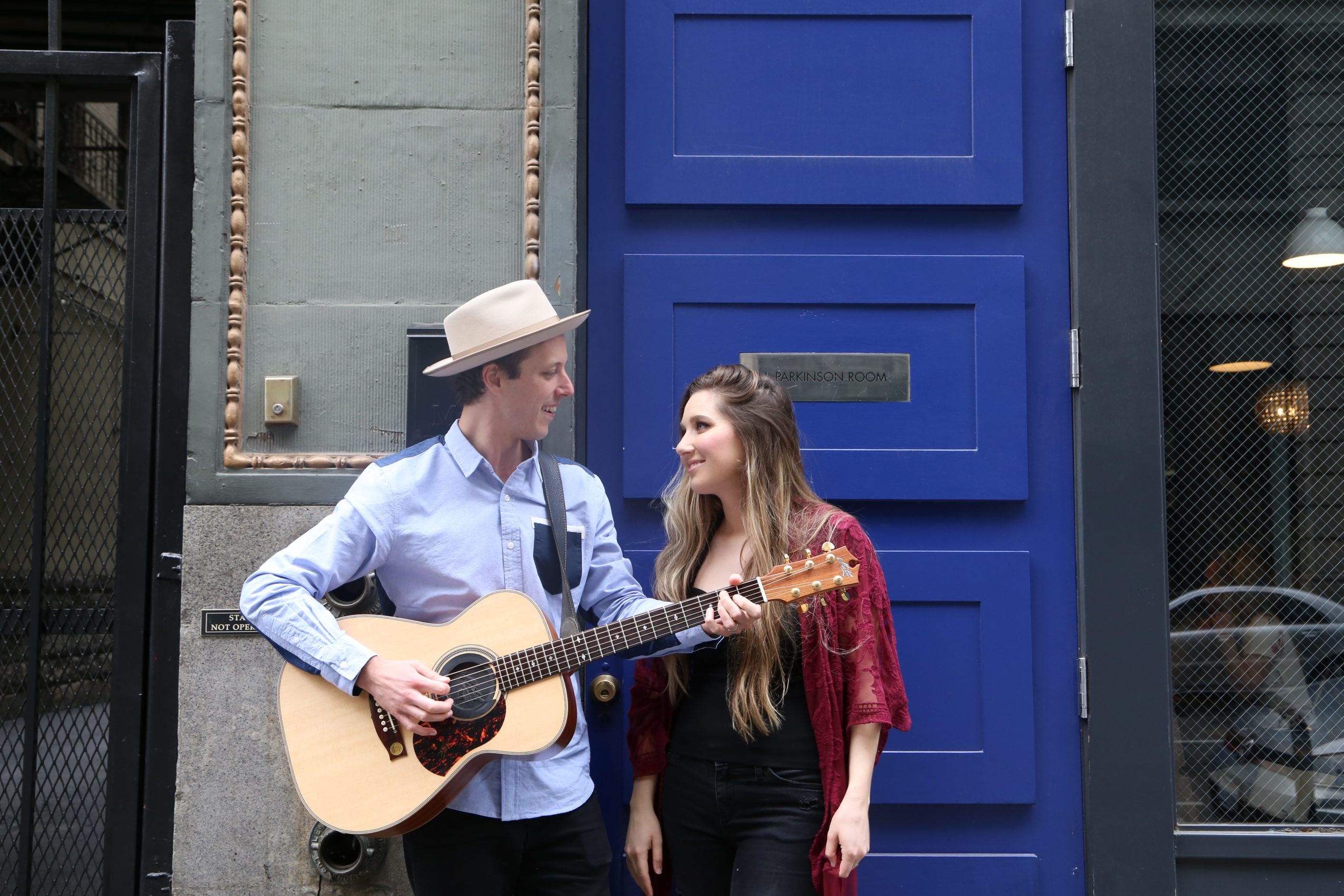 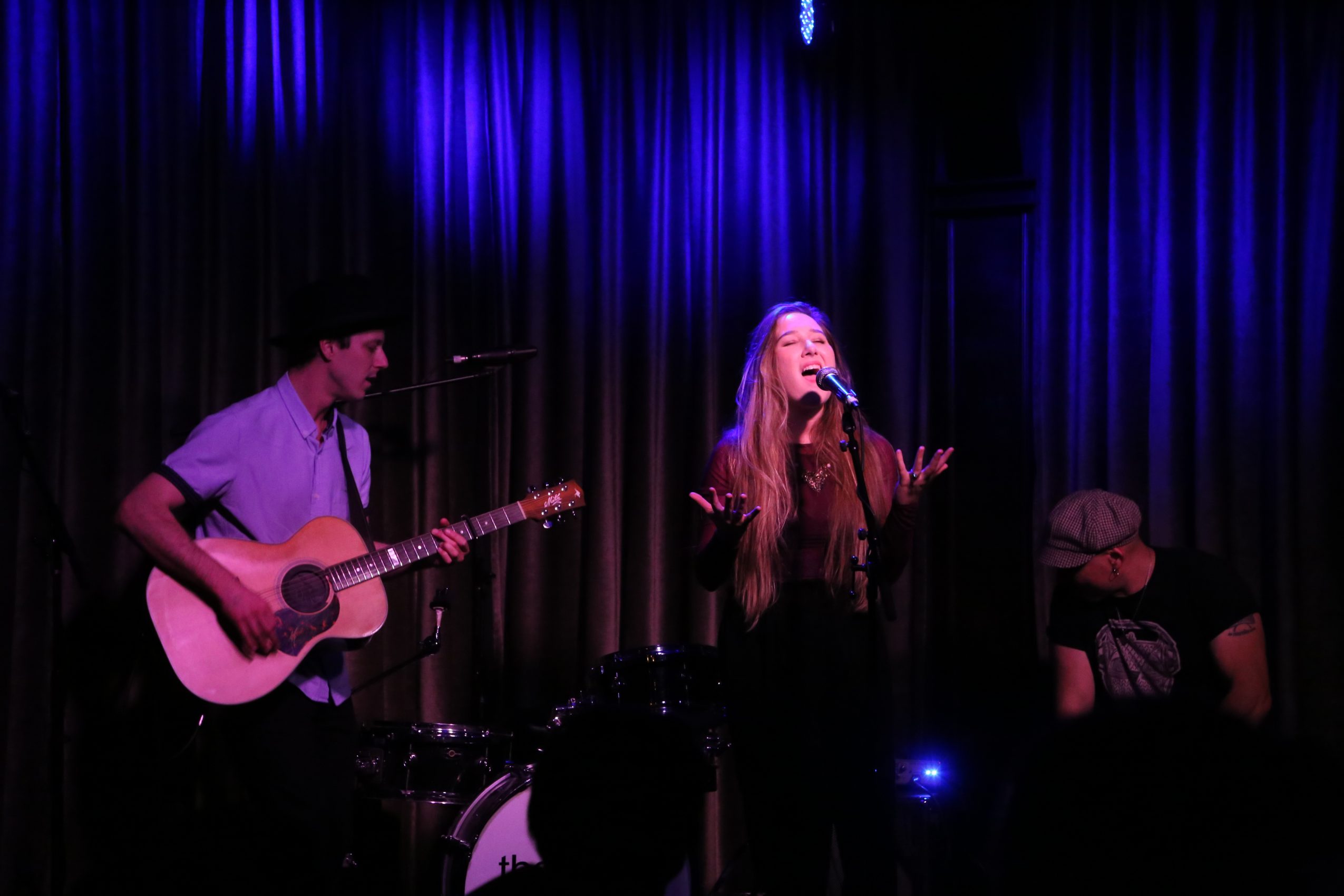 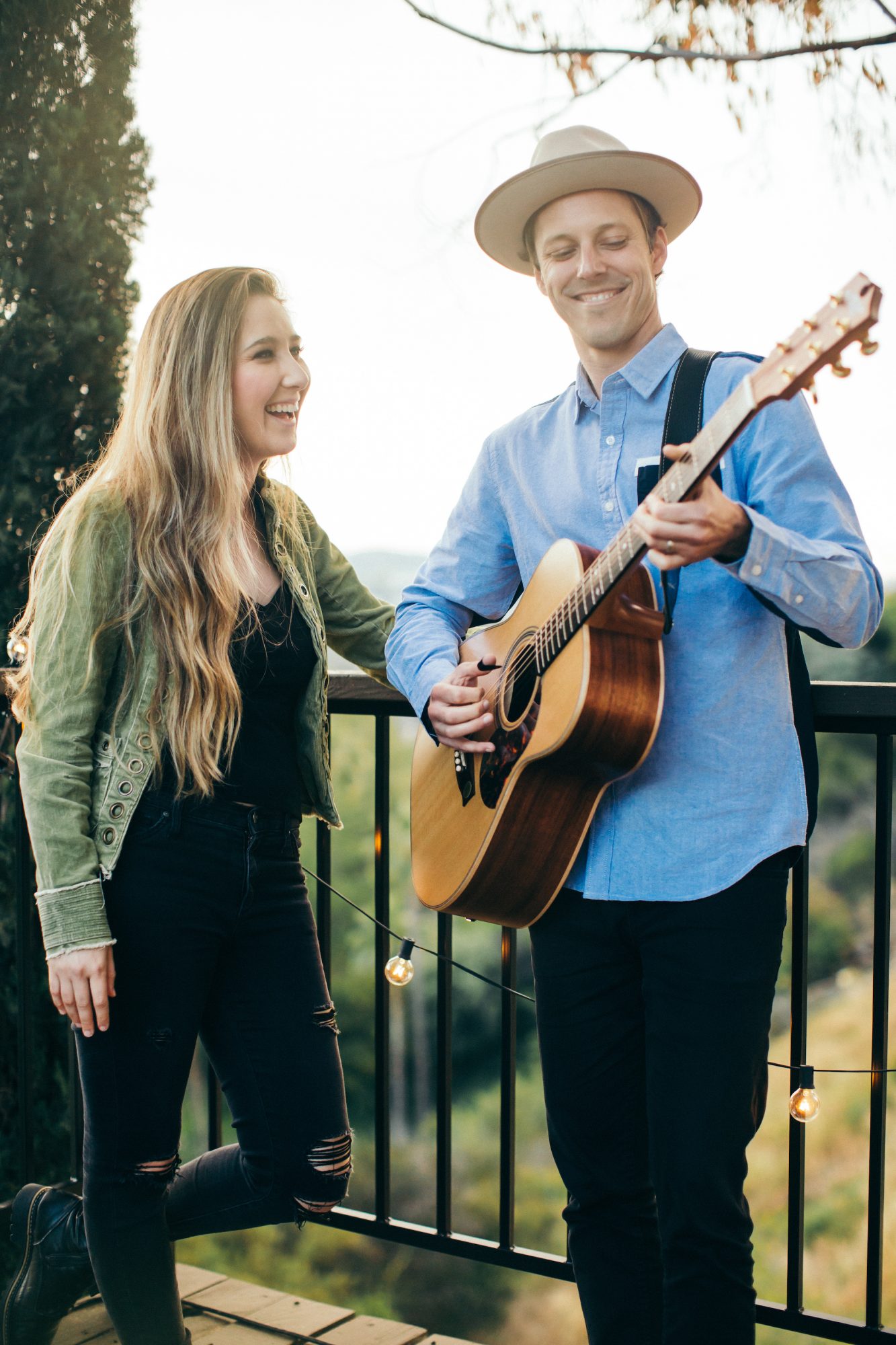 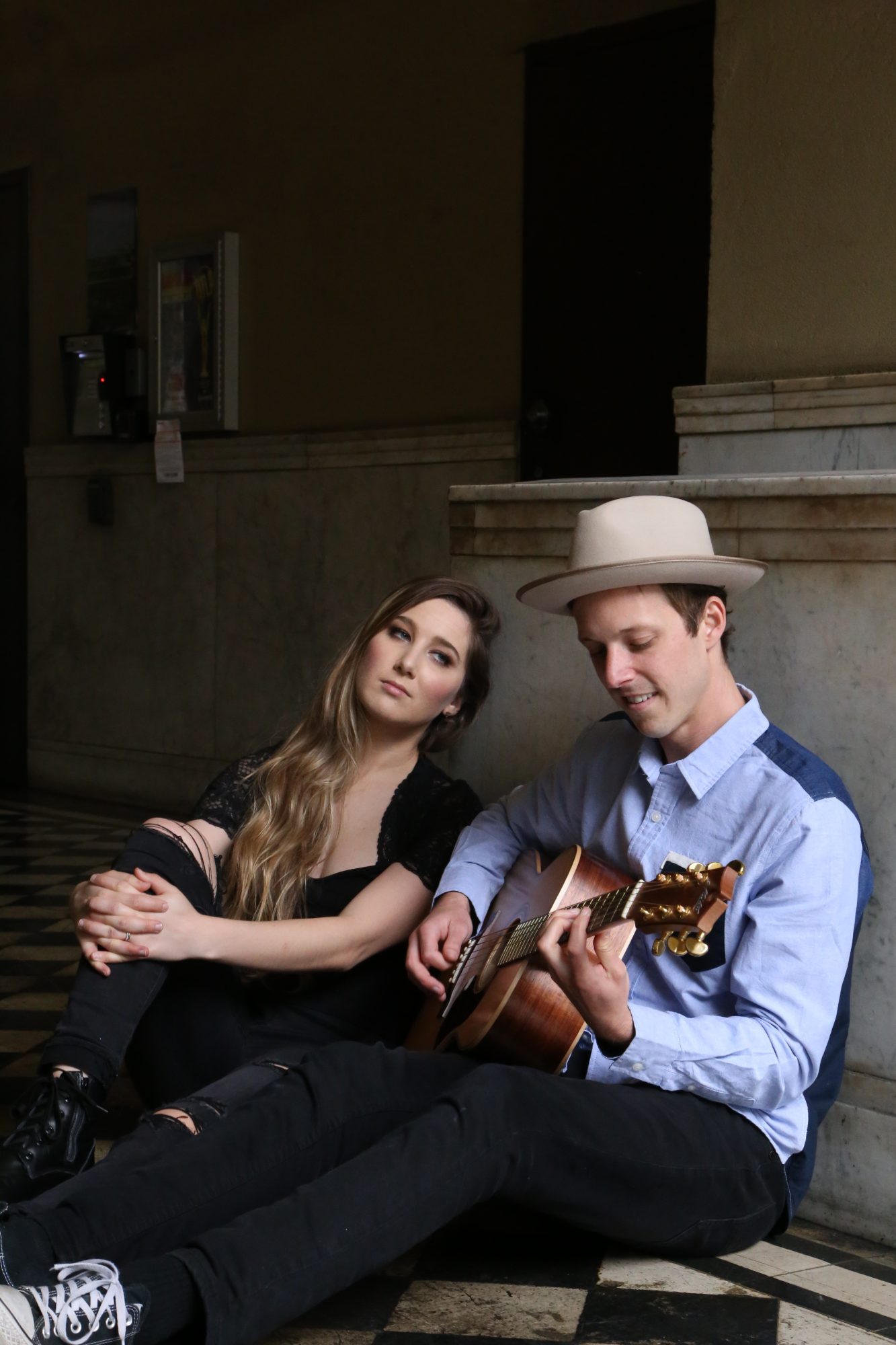 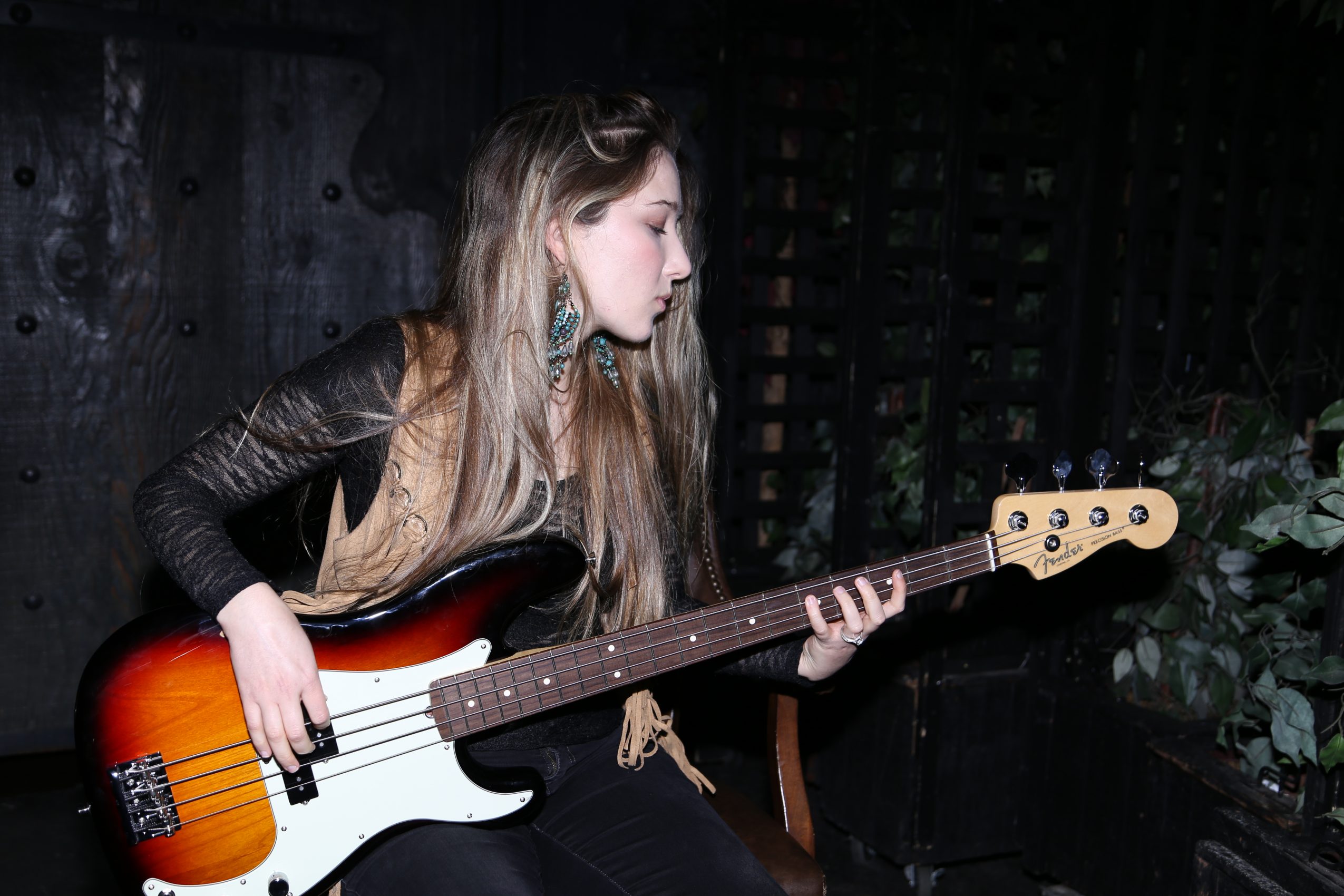