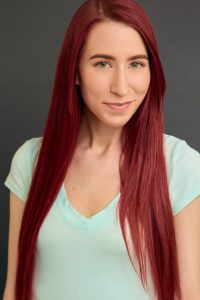 Today we’d like to introduce you to Heather Kipp.

Heather, please share your story with us. How did you get to where you are today?
As early as I can remember, I’ve always wanted to be an actress. Performance has always been my passion; it’s a fire ignited in my soul that will always burn brightly. I’ve always been fascinated by the ability to step into another person’s shoes. I love that I get to transform into someone or something completely different from myself and I get to take an audience on that journey with me.

I’ve been singing most of my life and since middle school, I actively participated in choir, theatre and musical theatre. Eventually, I received my major in Acting and minor in Psychology. I trained in both on-camera and theatre acting because I just couldn’t choose between these two amazing acting mediums!

I’ve also always had a passion for cartoons and animation. When I was five, I told my family that I wanted to be a cartoon character and my love for animation kept growing as I got older. Combine that with my acting experience and it’s no surprise that I love to portray cartoon characters through voice acting! My voice over work is primarily commercial and animation focused but I’m always looking for the next new and exciting project, whatever that may be!

Since I love both acting and animation, I found another way to blend those two passions through the art of cosplaying. My cosplay partner Veronica and I been cosplaying together for over ten years! Online, I go by “RedVelvetCosplay” and Veronica goes by “Veveisme.” Throughout our cosplay career, we have had our work featured in online and in-print magazines, newspapers, news broadcasts, an award-winning cosplay documentary and have even been able to work with our dream company! We have also won numerous awards for our cosplays, through both competition and hall cosplay awards. Many of our costumes have even been recognized by the cast and crew of the things we cosplay from! It’s always such a surreal feeling admiring someone else’s work and then later having those same people end up enjoying our work. We’re very grateful for that.

There’s one particular cartoon show Veronica and I have been cosplaying from for years. Not only have we made a plethora of cosplays for this specific show, but we also created cosplay videos, themed photoshoots and more! We eventually befriended some of the people within the cast and crew. We both have such a passion for the things we cosplay from and we wanted to be able to do something not only for the cast and crew but for the fans as well. For the past three years during Comic Con, Veronica and I have helped organize a Boba Meetup that was started by our friend Adam McArthur, who voices one of the characters. At this meetup, the cast and crew from this show, as well as the cast and crew from other known cartoons, are able to meet and hang out with fans of their shows! So many of these fans have told me they never thought they would have the chance to meet these actors and crew members until we started doing these meetups! Ever since I was a kid, I always dreamed of meeting the people who worked on my favorite cartoon series, so it’s a really wonderful feeling to now be able to help make this a reality for others!

I also did occasional modeling because way back before cosplay was mainstream, we were cosplay promo models for an anime convention. This meant Veronica and I were hired to go to various conventions and events in the cosplays of our choice! It was a lot of fun getting to go to conventions together, promoting the convention, answering questions and getting to meet people from all walks of life! This was such an amazing opportunity because there was nothing quite like this at the time…I’ve actually never heard of another convention doing something like this since! Last year, I was asked to modeled some cosplay props for an online store. While I don’t model as often as I used to, it’s always been a really fun experience and I hope to do more in the future!

I wear many different artistic hats but they all fall under the category or performance in one way or another. I just really love creating art with other cool artists!

We’re always bombarded by how great it is to pursue your passion, etc – but we’ve spoken with enough people to know that it’s not always easy. Overall, would you say things have been easy for you?
The road has been very bumpy, but there have been plenty of moments of smooth road in between. When I was in the process of moving, I had lists upon lists of plans, back-up plans and back-up plans for THOSE back-up plans. I thought I had prepared for any and everything that could happen. Well, on the day I moved here, I was transporting some delicate cosplay pieces in my car. Not only did my car start malfunctioning in freeway traffic but for the first time ever, I accidentally broke an award-winning cosplay piece a few hours later. I certainly didn’t see these scenarios happening in the many lists I wrote…

I immediately struggled financially because car repairs are pricey and LA was a bit more expensive in comparison to where I used to live. At first, I didn’t really get to explore everything the city has to offer because a lot of my time and money went to fixing my vehicle. For this reason, I felt like it took me a little longer to feel like LA was truly my home. I would get extremely homesick and started to doubt myself, but the one thing I always knew is that I am an artist who truly deserves the chance to pursue my dreams.

I am very fortunate that Veronica and I were able to be by each other’s sides throughout this process. We could see the things we couldn’t always see in ourselves and it helped us keep things in perspective. As we both kept facing our challenges head-on and kept being each other’s biggest cheerleaders, we both finally started to see the results of our hard work and were able to feel like LA was finally our home. We also are grateful to have some incredible friends, both in and out of LA, who constantly inspire us!

We’d love to hear more about your work and what you are currently focused on. What else should we know?
I’m always working on many different projects, since I’m an artist who wears many different hats. I am an actress, voice over artist, occasional model and an award-winning cosplayer alongside my girlfriend Veronica. I believe the variety in what both Veronica and I do, together and separately, is what sets us apart from others as a duo and as individuals. Veronica is an unbelievably talented seamstress, animator and all-around artist and I’m very fortunate to be able to create many of our dream projects together! Catch me voice acting as one of her animated characters in the future!

Cosplay wise, I dress as tv, movie, cartoon and video game characters…really any character that inspires me! I’m mostly known for my cartoon costumes though, especially my TV animation ones. Since I am a voice actress, I enjoy providing a similar voice for the characters I cosplay as! It always makes people happy when I’m able to not only look like the character but sound like them too! This really helps me bring these characters to life, which is what I always strive to do while cosplaying! We are always working on new cosplays, so you’ll have to go check out my social media to see which characters we’re going to be next!

For anyone wondering how I chose the name “RedVelvetCosplay,” there are a few unique reasons. I really liked that there could be multiple meanings of this name, since red velvet is a type of cake (my favorite!) and how red velvet is a type of fabric. I mainly chose the name though because I am a natural redhead but I like to dye my hair a “Red Velvet” color for many of my cosplays. Growing up as a redhead, I always thought that redheaded cartoon characters were so beautiful and they helped me learn to love my red hair when I was usually the only redhead in the room. So I like to spread the idea of loving the unique parts of who you are inside and out with others!

I’m very fortunate to say that I truly love everything I do and I’m always striving to keep moving forward by creating art that is meaningful to me and hopefully to others. I’m SO looking forward to the new year because I believe there will be a lot of memorable adventures to be a part of. I’m very optimistic about what the future holds!

Has luck played a meaningful role in your life and business?
I firmly believe that passion and hard-work are incredibly important but there’s always that component of “luck” that can affect certain situations. I believe that being at the right place at the right time can be a benefit, but is only one part of the equation. I’m very grateful that such wonderful people have seen the work I’ve done, connected with it and have given me opportunities to keep growing as an artist! In regards to “bad luck,” I think the most important thing I can do is either fix the situation or try to move past it. Certain situations can be fixed by taking action, while other situations may not be solved in this way. In those cases, the best thing I can do is learn from the experience and keep moving forward toward the next destination. 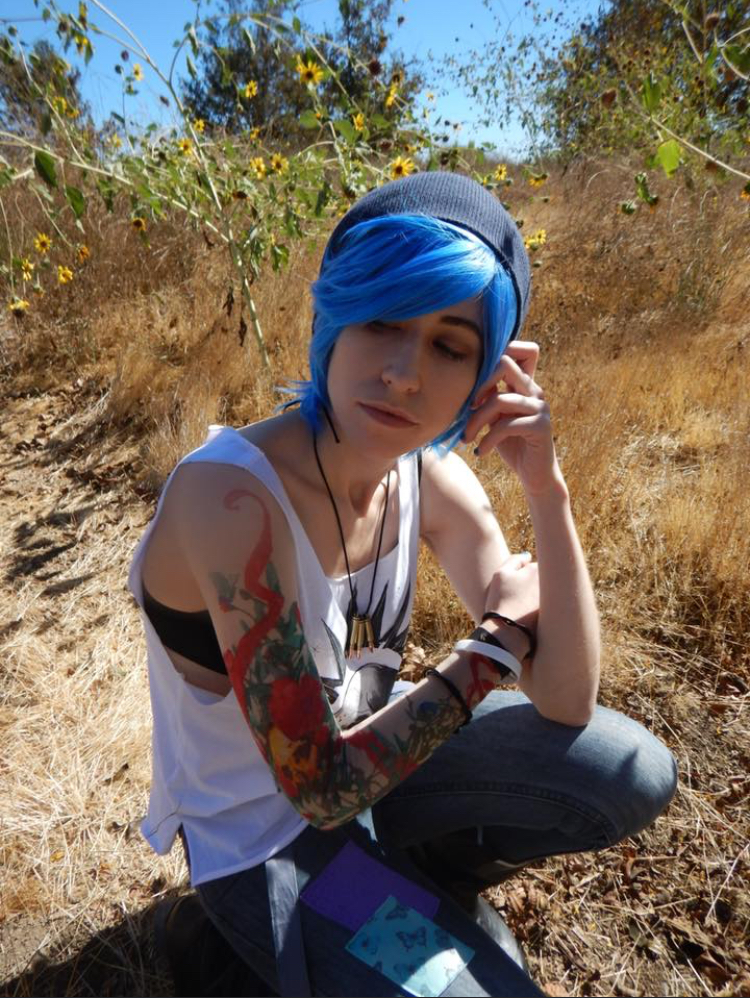 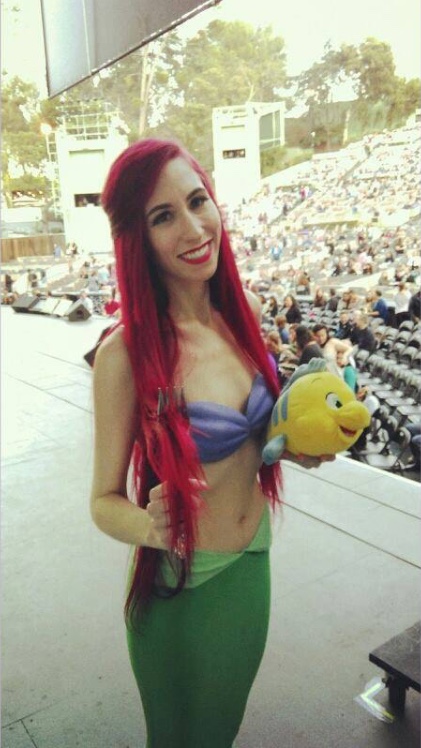 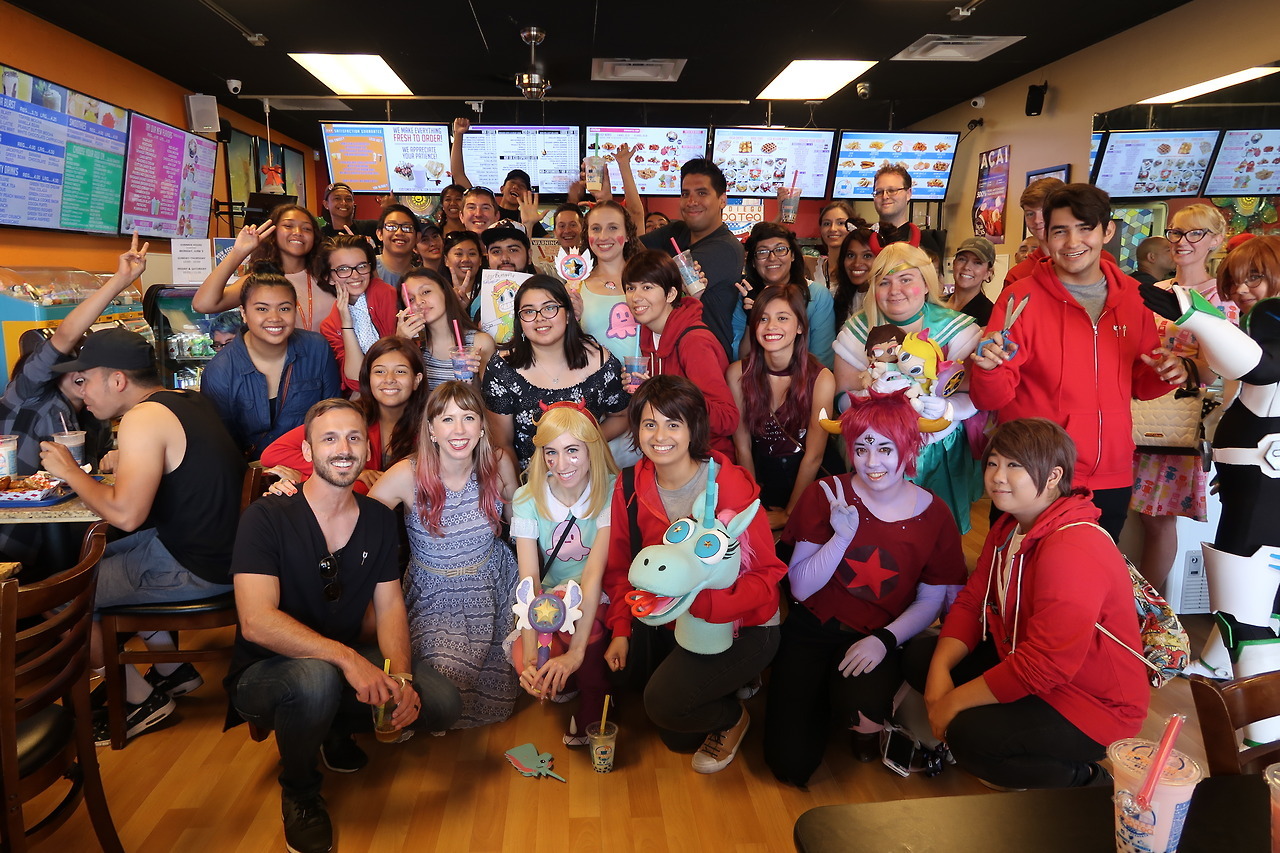 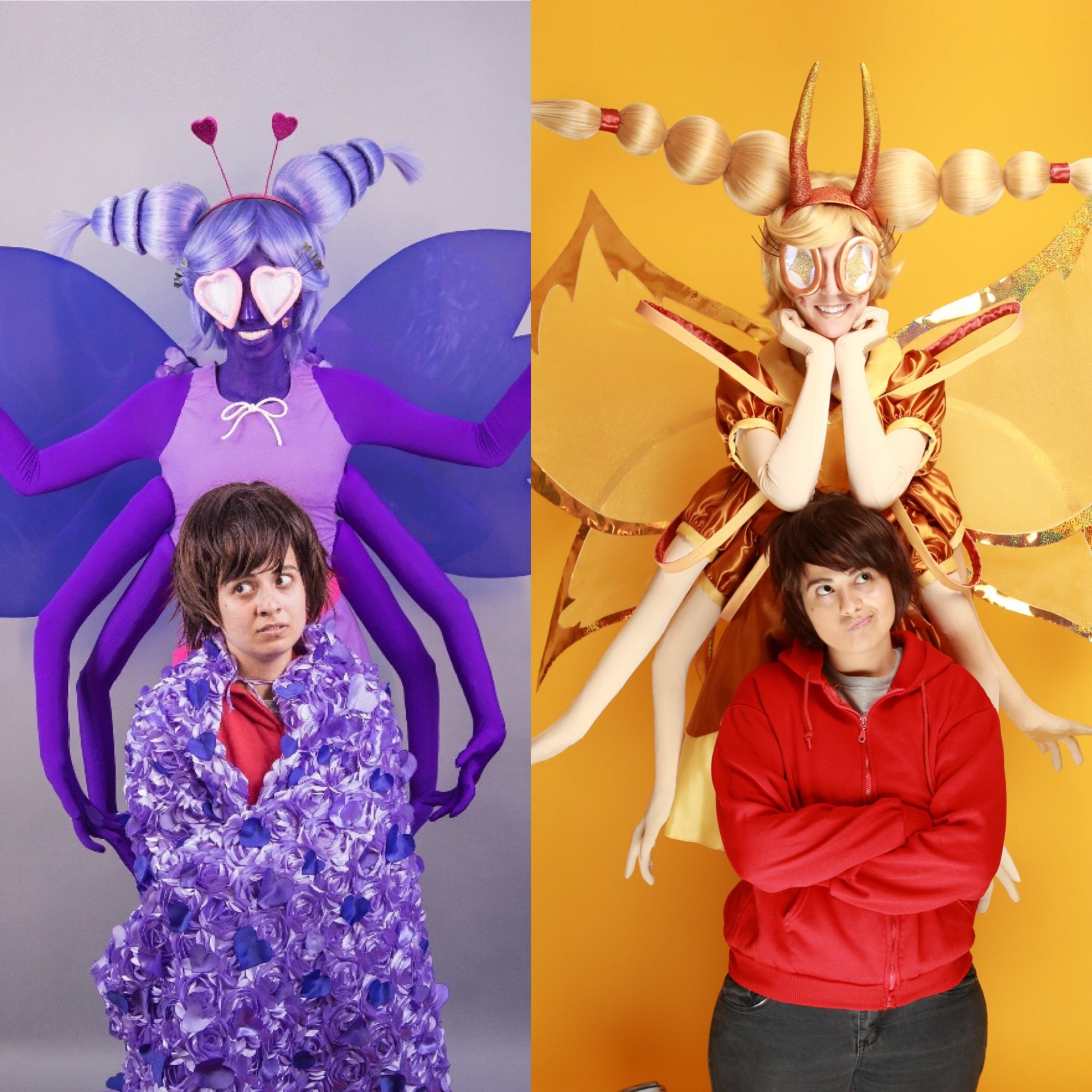 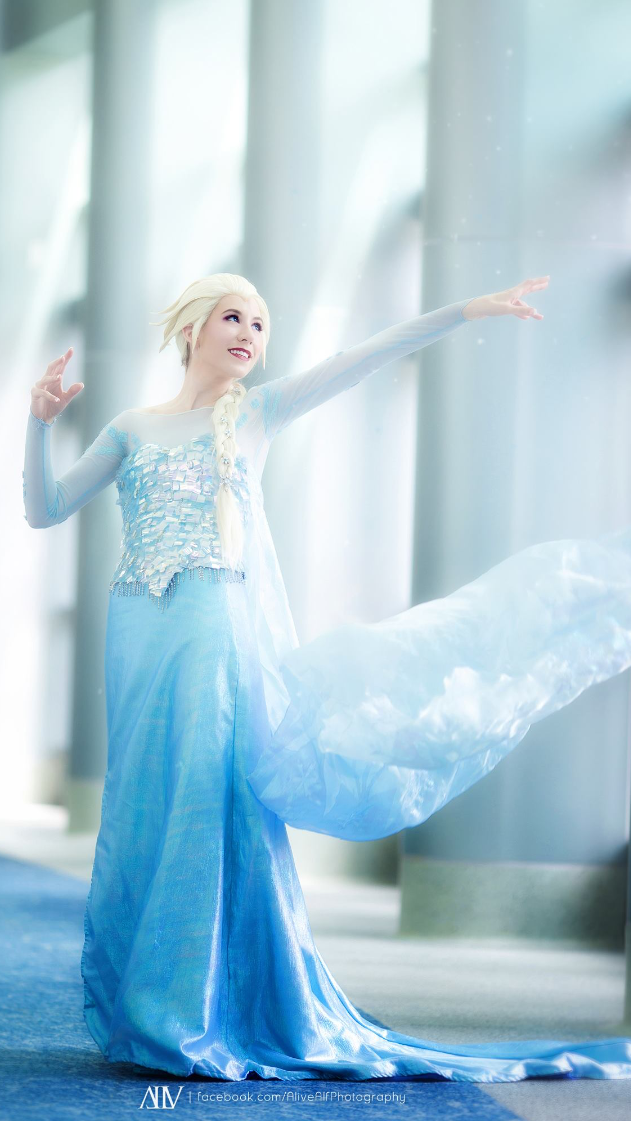 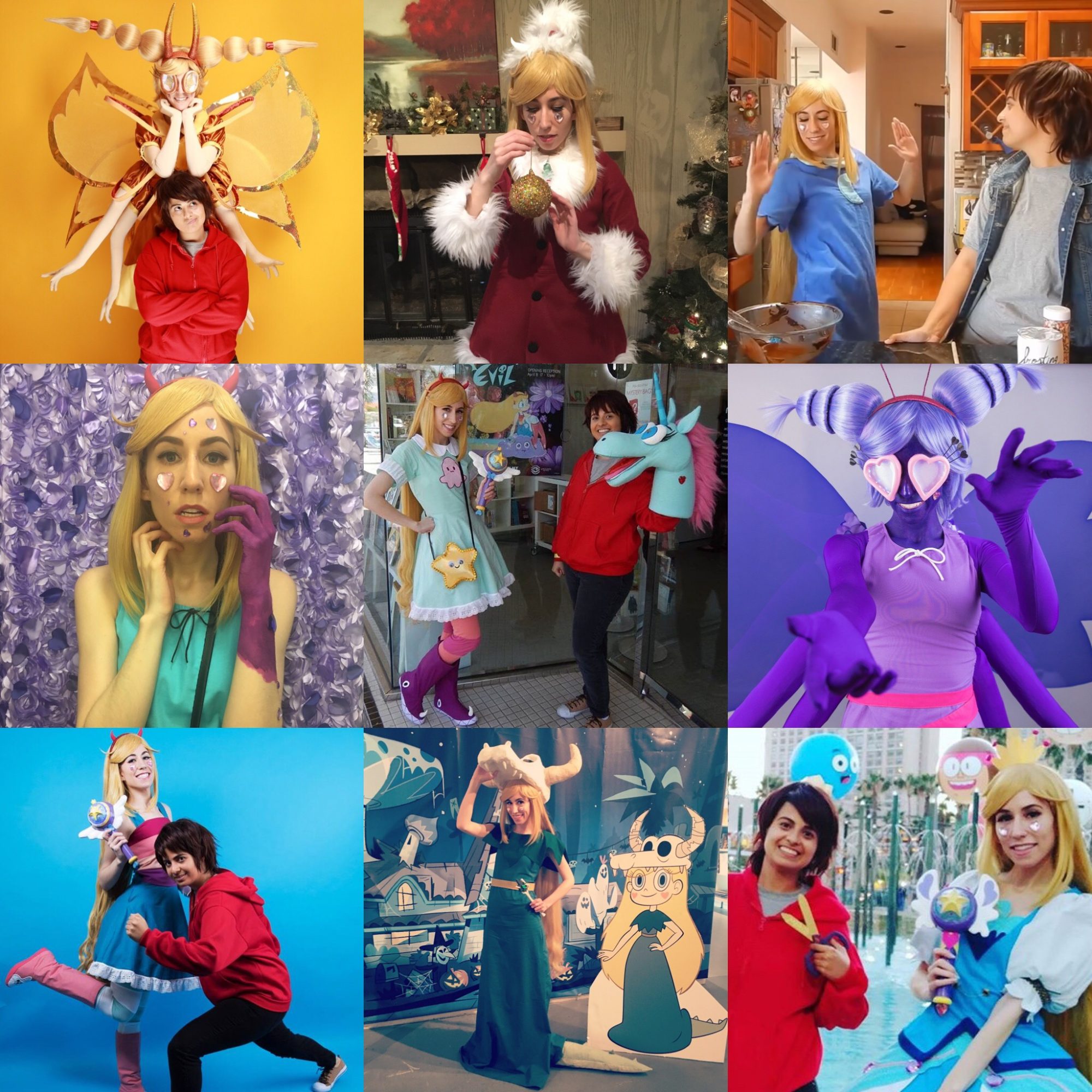 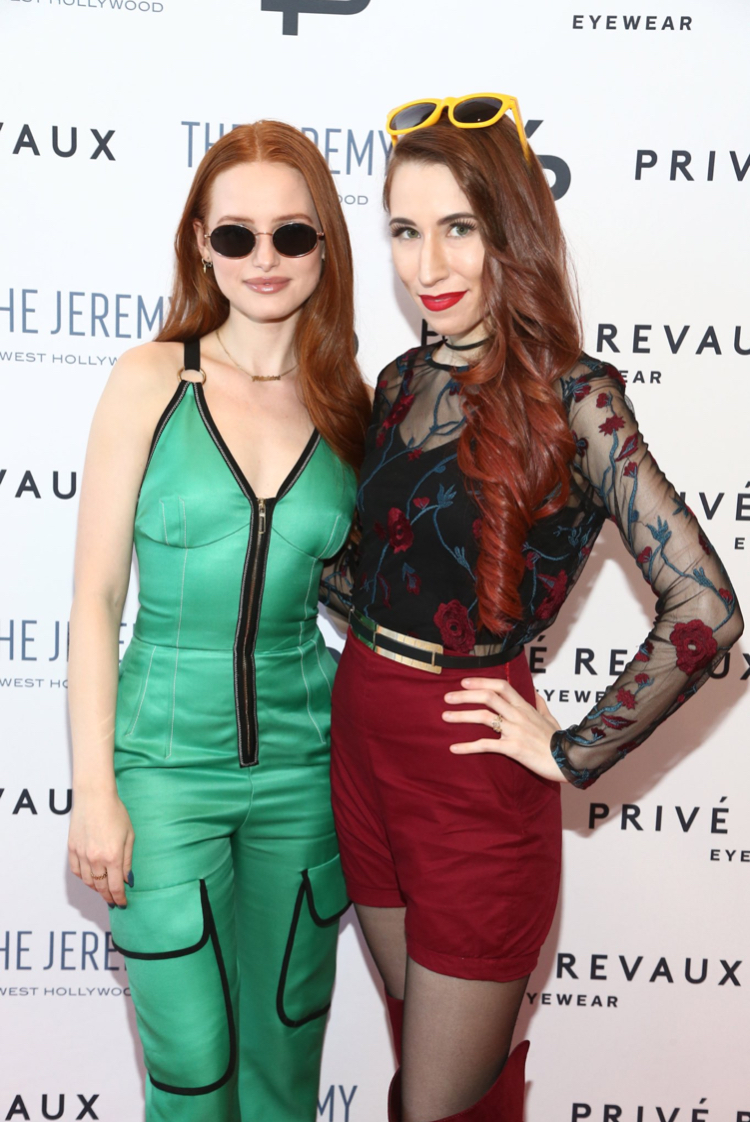 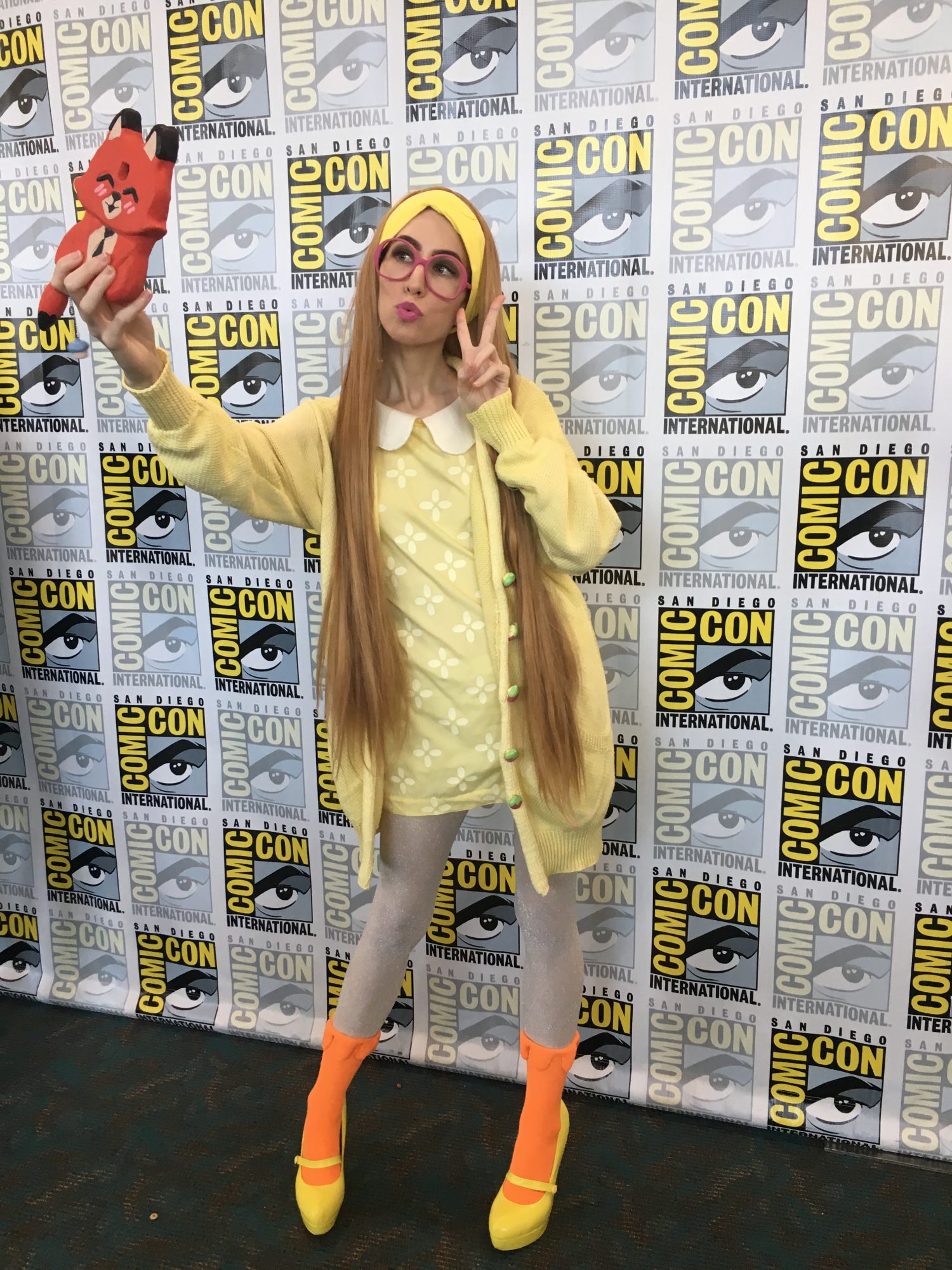