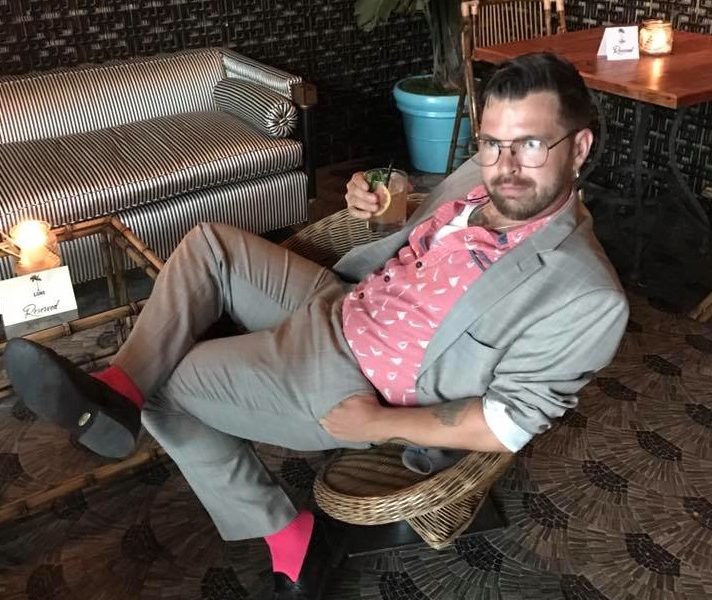 Today we’d like to introduce you to Harrison Schofield.

Harrison, can you briefly walk us through your story – how you started and how you got to where you are today.
Born in 1989 in Long Beach, California. Before ever moving in an artistic direction I had a career as a U.S. Navy Corpsman (medic for the layman) attached to the U.S. Marine Corps. I was involved in two combat tours and then transitioned to civilian life at the end of my 5 years in the military. Finally having to figure out who “I” was I took to education in search of a philosophical dock to tie my boat too. I found it by way of an old school graphic arts class at a local community college. Although I failed the class due to lack of interest in the assignments, it gave me the beginning tools that would incrementally aid me in finding my style. That and navigating my depression and sleep disorder was the catalyst that turned a fun hobby into a feverish obsession.

Creatively, I try to find cultural icons from movies, TV, Literature and History and pretty much just throw an 80’s beach vibe at it. Although I only lived 6 months in the 80’s as a neonate, I have romanticized it into my own fanatic aura. It has the feel-good neon John Hughes vibe I try to radiate out in my day-to-day of silent elevator rides with strangers and insane Tourettes like yelling for the entirety of any drive through traffic. I started out by just making paintings for close pivotal friendships for free, those who have shaped my life into a good one. It has somewhat snowballed from there into a decent commission business on the side.

I don’t mind leaving it in that realm of business for now as I still work as a Paramedic at concerts and raves in the SoCal region, as well as currently working towards a bachelors in Accounting. It’s all a supplement to me being able to paint more, however, as my two constraints (as they are for everyone) are time and money. The Veteran aspect of my life is still alive and well and actually if anyone is trying to see my work many of my paintings can be found in my old war buddies Barber Shop “Good Times” in Imperial Beach, CA. My artist name DeathByAcrylic is an ode to the Latin phrase “Ars Moriendi” which roughly translated mean “the art of dying”. Which many of my close friends and I believe in doing well.

Overall, has it been relatively smooth? If not, what were some of the struggles along the way?
It has been ok, however, the interpretation of ok can be completely dependent on your past perspective of events leading up to “ok”. For me in the present ok is great. Preceding this current “ok” was a rough road of overcoming depression and insomnia via high-low brow humor, long late night veteran drunken berserker like states of conversation to the tune of Black Sabbath, and listening to Alan Watts’ lectures over Gramatik beats while training for marathon running.

DeathByAcrylic – what should we know? What do you guys do best? What sets you apart from the competition?
It’s custom art either made by me freestyling and selling it on my Etsy site or custom art commissioned from me to your heart’s desire. Proudest moment so far is probably being featured in the Canary Gallery in San Francisco’s Fisherman’s Wharf. As far as what sets me apart I really try to add as much to the actual art piece as I add to the ancillary aspects of the painting. I try to add historical and often mythological Easter eggs to every painting.

Either in an behind the dresser format or in a cryptic to the point where its only revealed via black light. Lastly, my Grandpa always told me “want a new idea, read an old book”, So I try to impart some worldly wisdom not of my own on the back of each painting, Anywhere from old world cultural parables to Hunter S. Thompson rants, ones I find aided me in my post-traumatic growth coming out of war.

What is “success” or “successful” for you?
The better and weirder I get at art is my measure of success. I am more concerned about those two things than financial success. To quote a wise man, “A little nonsense now and then is relished by the wisest men.”- Roald Dahl. Nonsense is where I wish to reside. 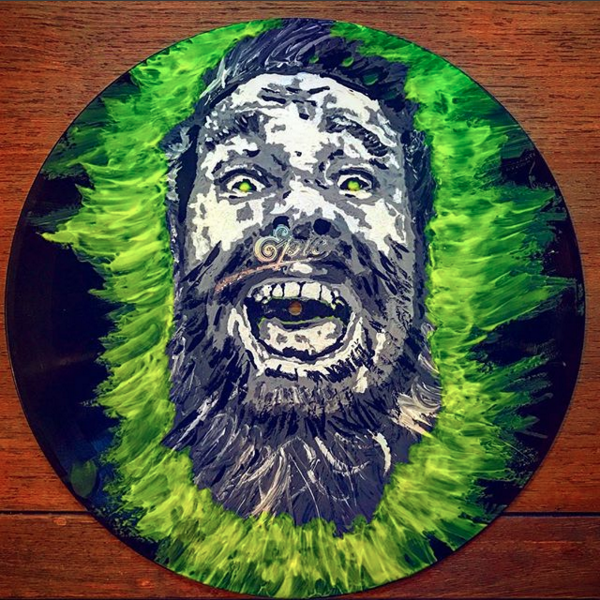 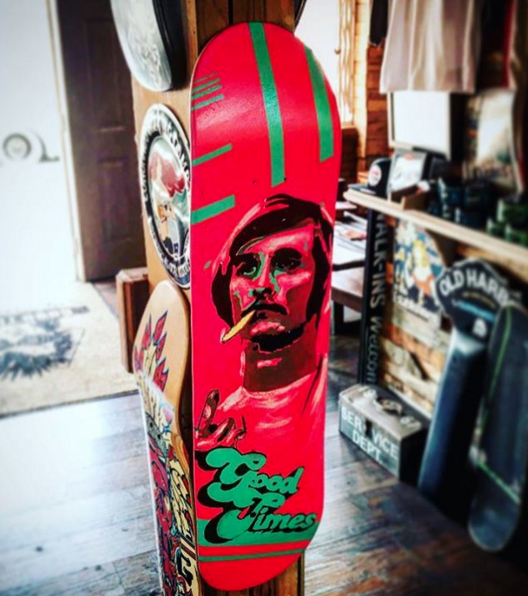 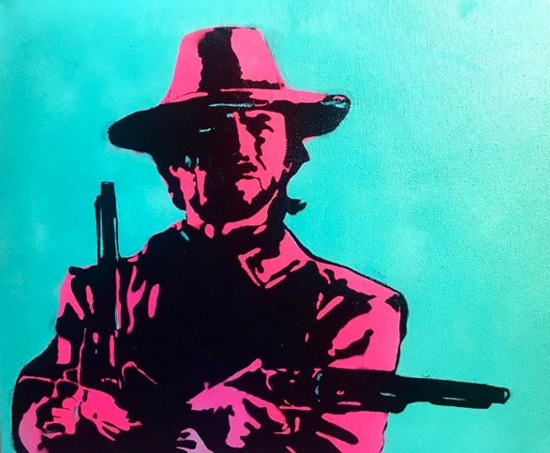 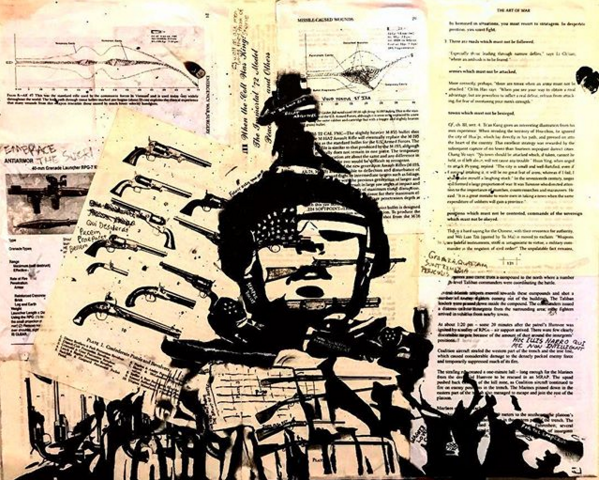 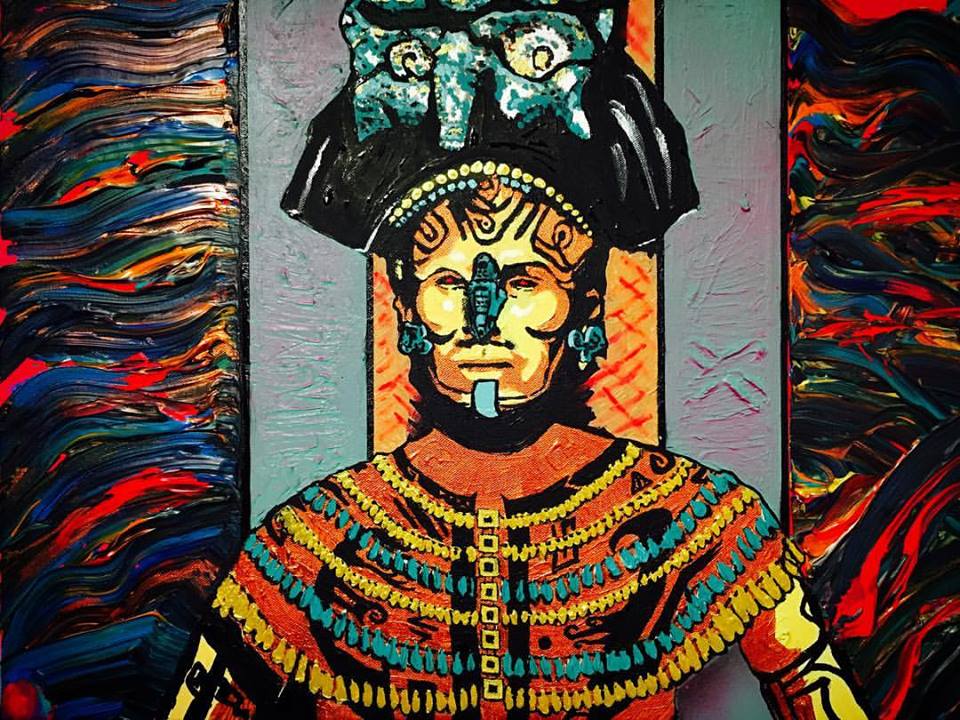 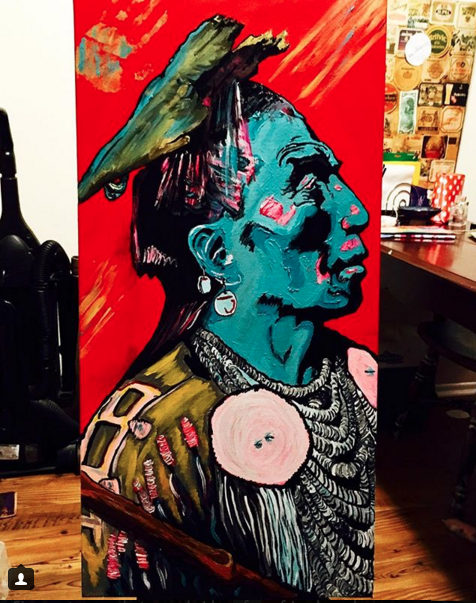