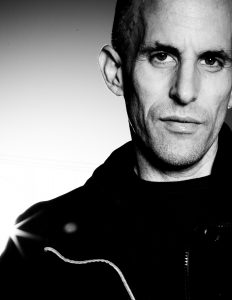 Today we’d like to introduce you to Harris Goldberg.

Goldberg started writing and directing as a teenager in Canada where he also reached a national tennis ranking of number 2.

He is also a dual citizen of the U.S.

Taking a year off to pursue the Satellite tennis circuit, he came to the conclusion that tennis would not be his life’s work when John McEnroe beat him 6-0, 6-0.

Goldberg’s next move was to continue writing where his older brother, Daniel, had attained success writing and producing the films stripes and meatballs, both starring Bill Murray. (The older Goldberg later went on to produce old school, private parts, road trip and The Hangover 1, 2 & 3).

Harris followed his older brother, moving to Los Angeles where he sold his first screenplay within a week. He was signed to The William Morris Agency a week after that where he secured his first screenwriting job writing for Matty Simmons, owner of National Lampoon and producer of animal house.

Goldberg then wrote the award-winning, A Step Toward Tomorrow. Premiering to rave reviews on CBS Sweeps Week in the winter of 1996, the film also marked a touching and memorable performance by Christopher Reeve, his first acting role after his tragic horseback riding accident.

From there came a multi-picture deal at Disney including a long succession of studio films. Goldberg became friends with SNL alumni, Rob Schneider, where the two did a series of stand-up performances, including co-hosting  The Montreal Comedy Festival and a memorable appearance on Late Night with Conan O’Brien were Goldberg and Schneider performed their satirical blue man ass group.

Goldberg accompanied Schneider to Chicago where Schneider was asked to be master of ceremonies for a fund-raiser for President Clinton and Vice President Gore. An hour before the event, secret service agents informed Schneider because of his television series, “Men Behaving Badly,” and the current problems the President was facing personally, the possible connotation would be considered bad press. Due to the last minute conflict, Goldberg was asked to fill in by Clinton himself, something Goldberg describes as the most surreal experience of his life.

From there, Goldberg partnered with Dana Carvey where he wrote and co-produced The Master of Disguise for Sony Pictures, another profitable film grossing 40 million domestically.

Without a paddle followed for Paramount starring Seth Green, Matthew Lillard, Dax Shepherd and Burt Reynolds. Paddle was a financial success for the studio grossing 58 million.

Goldberg crossed over to television during this period writing and selling pilots to HBO, CBS, NBC, ABC, TNT and USA. It was during this time Goldberg began suffering from an anxiety and stress reaction he calls the most hideous and frightening time of his life. After his recovery, Goldberg wrote a screenplay about the event. He called is “Numb.” Matthew Perry immediately attached himself to the project. Soon afterwards Goldberg found himself directing his first feature with a cast that included Mary Steenburgen, Kevin Pollak and Lynn Collins. The film premiered at the Tribeca Film Festival going on to win many festival awards.

He wrote the hour pilot, “The Five O’ Clock Shadow,” where he will be directing the pilot for the producers of the BBC’S “Sherlock” in the UK.

He is currently directing the feature “Quick Draw,” which he also wrote, for Lorenzo Di Bonaventura @ Paramount.

Overall, has it been relatively smooth? If not, what were some of the struggles along the way?
The answer is a resounding (NO) “Yes.” A most mercurial ride. Lots of lows. A few stunning highs. Much time spent alone that always-grinding, always-intensive creative middle.

Biggest struggles are dealing with that initial enthusiasm and excitement for something you’ve created only, for one reason or another, to have it suddenly lose steam during the packaging or negotiation phase. This has little to do with the quality of the work. The nature of the film & television business is heat-seeking. If anything poses an obstacle, a stunning domino principal takes effect. It can also go the other way; projects you think will not go the distance suddenly take on a life of its own. I don’t believe any other business has quite so violent the ability to change directions from good to bad or visa versa.

The biggest obstacle for me has been not to compare myself to others, both in their success and the hype. Both are usually not what they appear, yet it’s so easy to get sucked into dangerous periods of perceived envy, jealousy and not feeling good enough or special enough to stand out.

We’d love to hear more about your work and what you are currently focused on. What else should we know?
I’m predominantly a screenwriter and director. I started out being known for comedy, which still lingers with me today. I made the gradual switch to more dramatic material 12 years ago. Today, my focus is directing everything I write if possible.

I’m currently working in two pilots, both I’m lucky I sold during this pandemic. Also trying to resurrect two features I was set to direct just before the pandemic stopper everything short. I also took advantage of the shut down to finish writing three new pilots based on my favorite ideas. Oh, and looking for a future wife.

RE: My style of work – I’m drawn toward profound human moments that make the back of ones hair stand up. Directing-wise, I’d say my strength is working well with actors. I like them. Appreciate them. The skill they must have to do their job. I’m fascinated what makes people tick, behave, do the things they do.

Any shoutouts? Who else deserves credit in this story – who has played a meaningful role?
There are always many people along the way of any journey, I think. Certainly, I’ve had crew members and creative people, friends, etc… who have proven invaluable re: inspiration, support, and an emotional trampoline during particularly self-doubting times.

I’d say my most meaningful individual is my kind, sweet father. He passed away in 2005, but his influence is always with me. He was truly a gentle man. 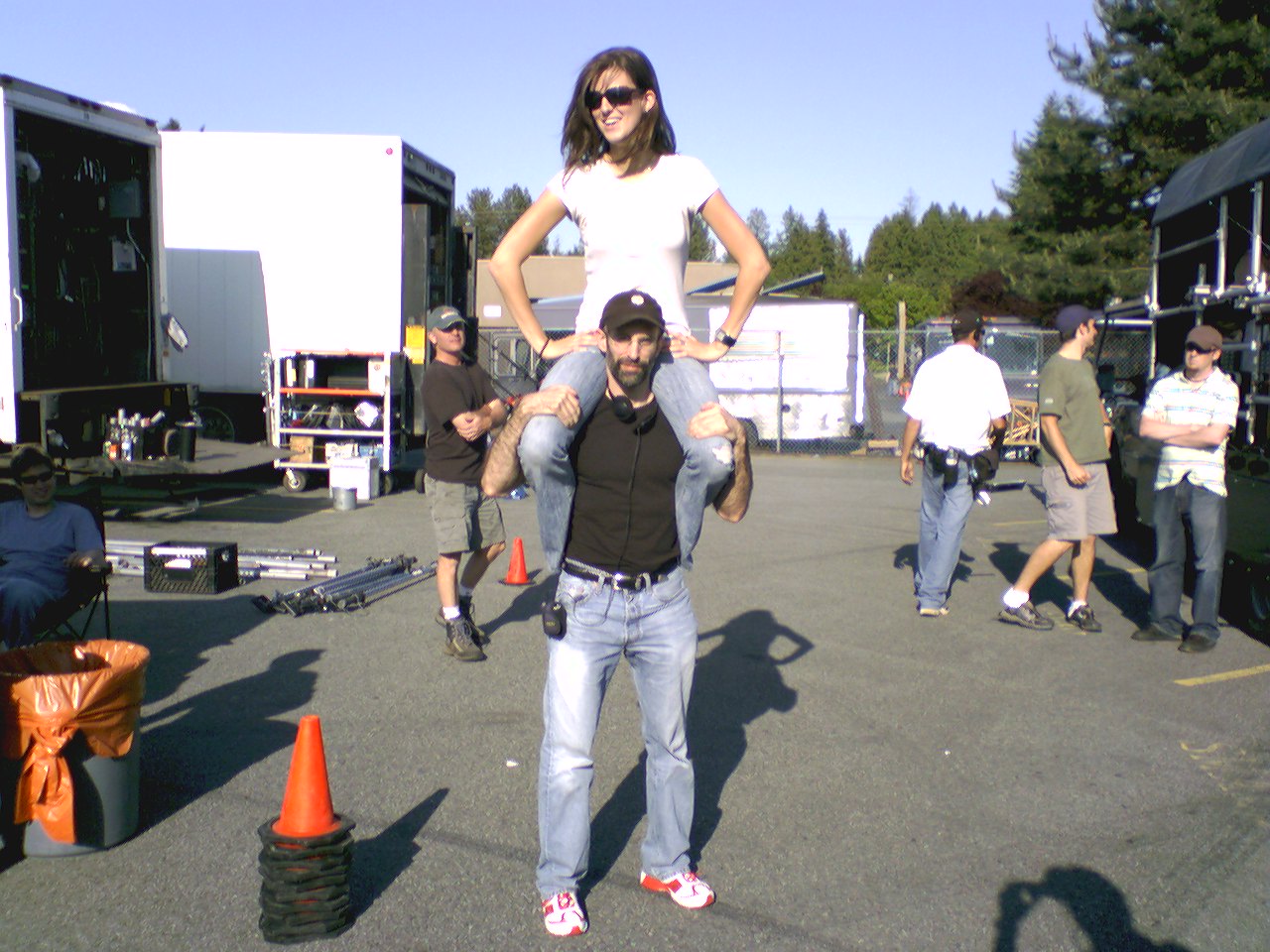 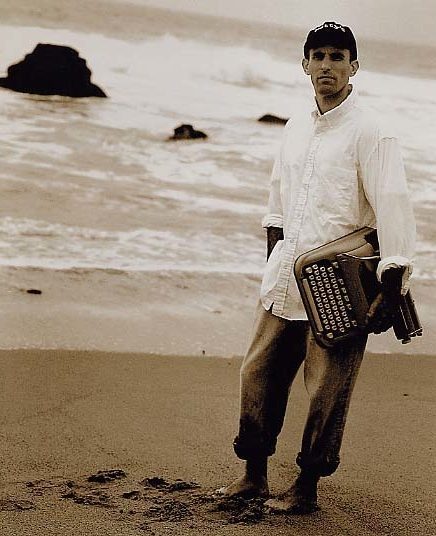 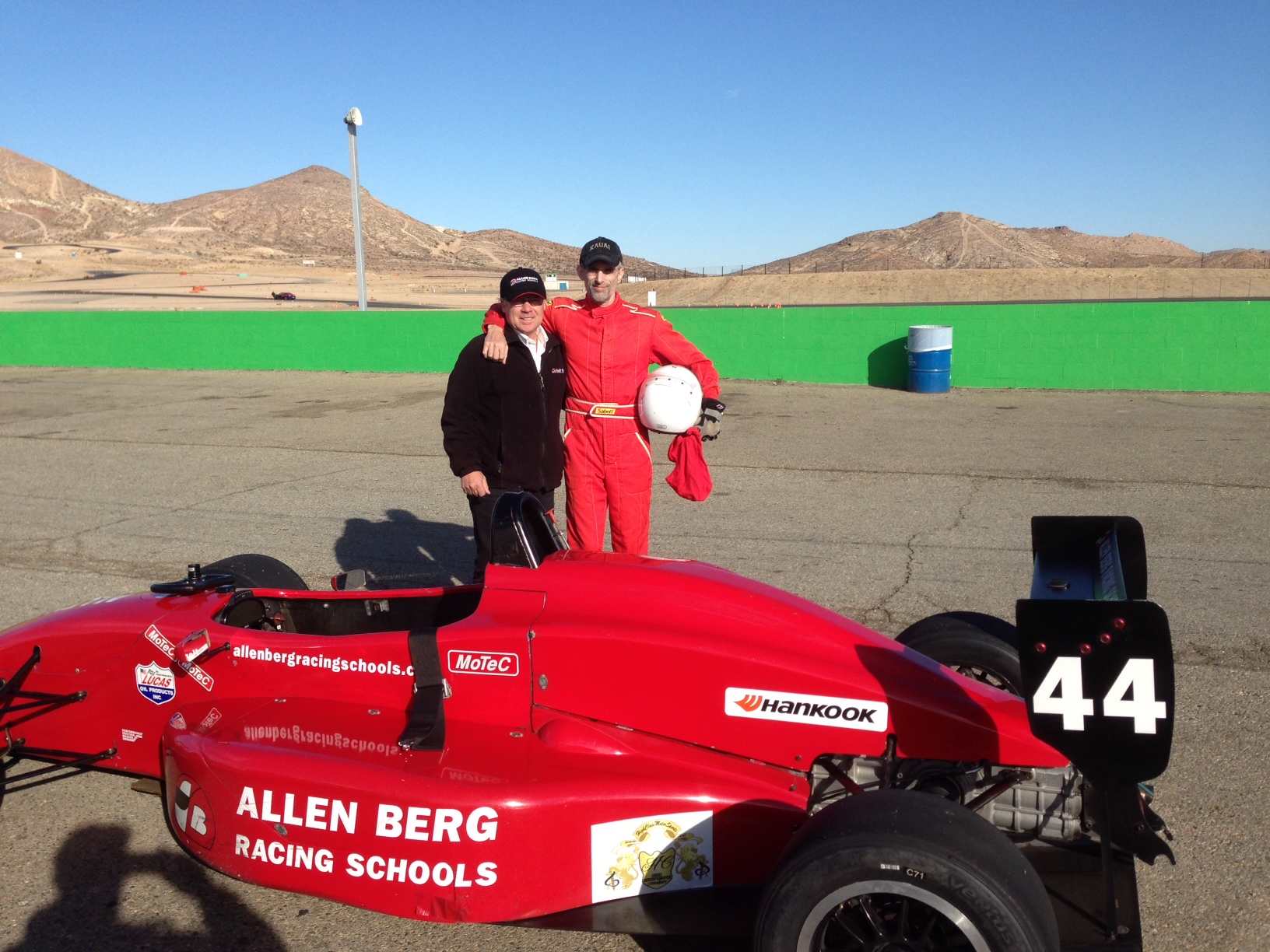 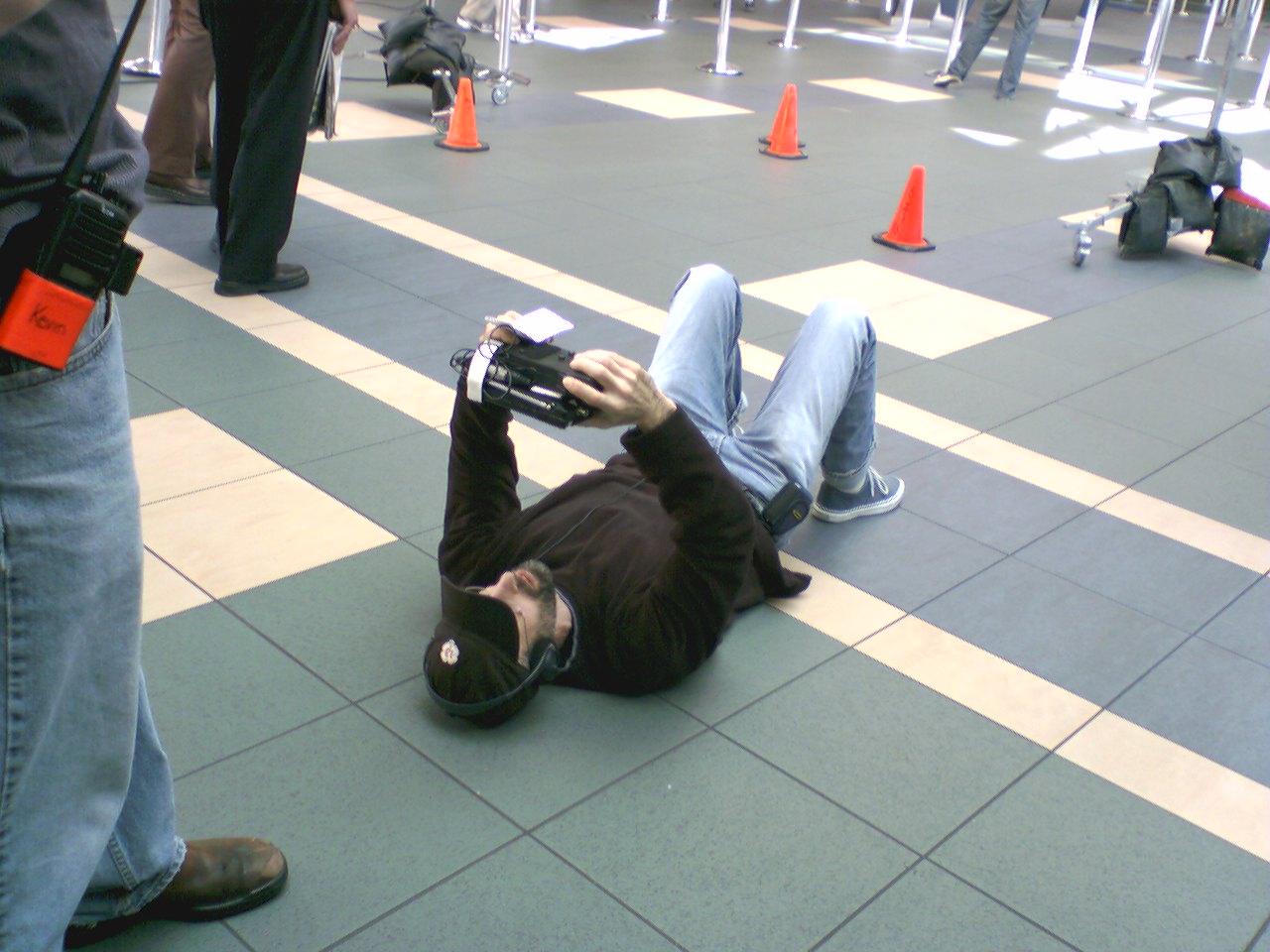 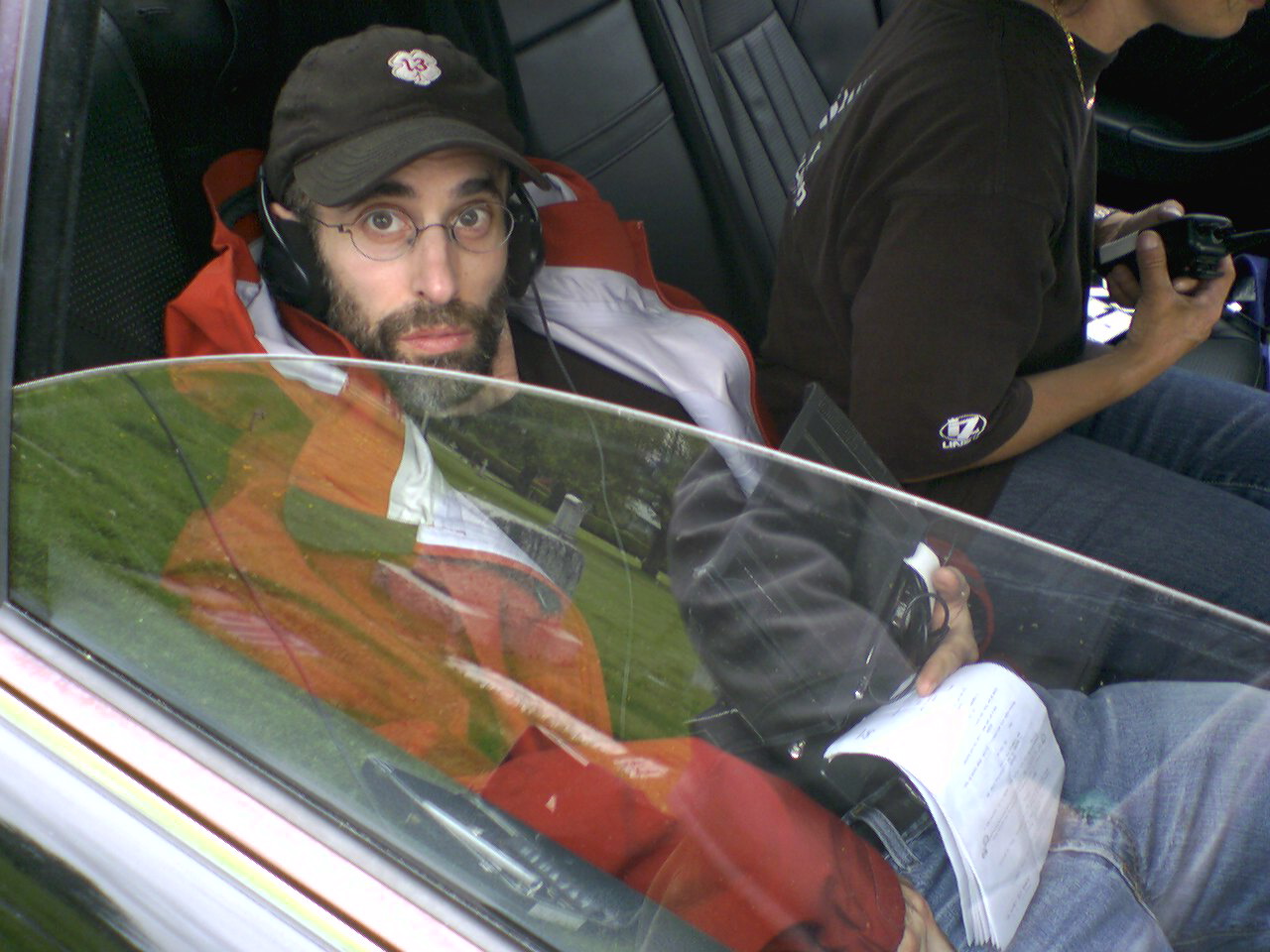