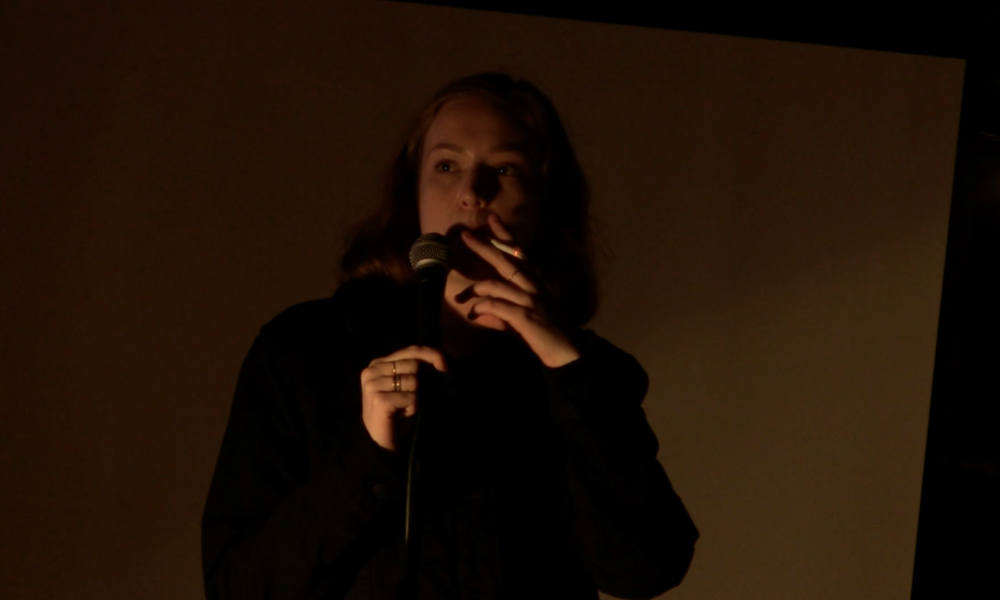 Today we’d like to introduce you to Hannah Einbinder.

Hannah, can you briefly walk us through your story – how you started and how you got to where you are today.
The year was 2017 in Los Angeles, California. I left behind the warmth of the outside world and entered the shadowy abyss of The Silverlake Lounge. Placed atop the bar was a lone bucket with small blank slips of paper beside it. I took a slip, wrote my name, and tossed it in. I sat down one stool away from a man hunched over his notepad like he was protecting it with his life.

The bartender walked over to him, placed a tall skinny glass on the bar, poured whiskey straight into the glass for what felt like an eternity, topped it off with two splashes of coke, and the patron slipped him a 20. He sat there, detached from the world around him, buried in his notes. The host called his name. The open mic had begun. He looked up, downed the drink, and went on stage.

The man spoke: “I went home for the holidays, and I stayed at my mom’s house. But she didn’t have any lotion in the bathroom, so I had to jerk off with hand sanitizer…” Silence. “My d*ck skin shed like a snake…” Silence. I then looked over at the bartender who was utterly unperturbed and thought to myself: I’m home.

After that, I never looked back. I went to open mics around town almost every day, as I still do.

I feel lucky in a lot of ways because anything that’s ever been tough or challenging has been made much easier by the support and love from comedians around me. Of course, some things we must all handle alone.Every comic deal with the internal debate on whether they should be doing comedy or not- we all, as human beings, have moments where we question ourselves. But as each day passes I find a new reason to feel worthy of the title, “comedian.” Sorry, this answer is very Miss America- I just…love comedy.

Of course, drunk idiots yell things at me when I’m on stage, and when that happens, I’m on my own- but I choose not to see it as a struggle or a hardship, every misstep or “failure” or bad set contains a lesson to be learned.

I’d be nothing without my family- Ellie, Phoebe, Darrian, Evan and Brianna.  Those are my girls forever.

I truly feel like I have guardian angels appearing to me in the form of comedians in their 30s. Jake Nordwind, Simon Gibson, and J.F. Harris are all people who have supported me, given me advise, stage time, taken me on the road, talked to me almost every week about anything, answered all of my questions, and really- helped me chill the hell out. I owe such a great deal to them.

There isn’t a friend I’ve made in comedy who I don’t learn so much from both personally and through watching them perform. Felicia Folkes, Katrina Davis, Serafina Costanza, Cam Lee, Mike Menendez, M.K. Paulsen, Dave Ross, Ben Brandfon, Noah Findling, my sibling Lena Einbinder, Amy Silverberg, Brad Silnutzur, Morgan Jay, Bo Johnson, Ali Macofsky, Frank Castillo, Christine Medrano, Bryan Vokey, Danny Jolles, I could go on and on- and the only reason I don’t name 20 more people is because I don’t want to seem like I’m bragging about having a ton of very cool friends. 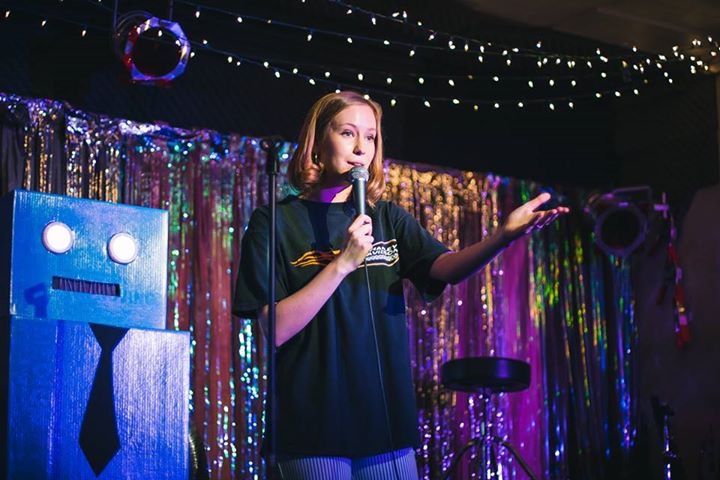 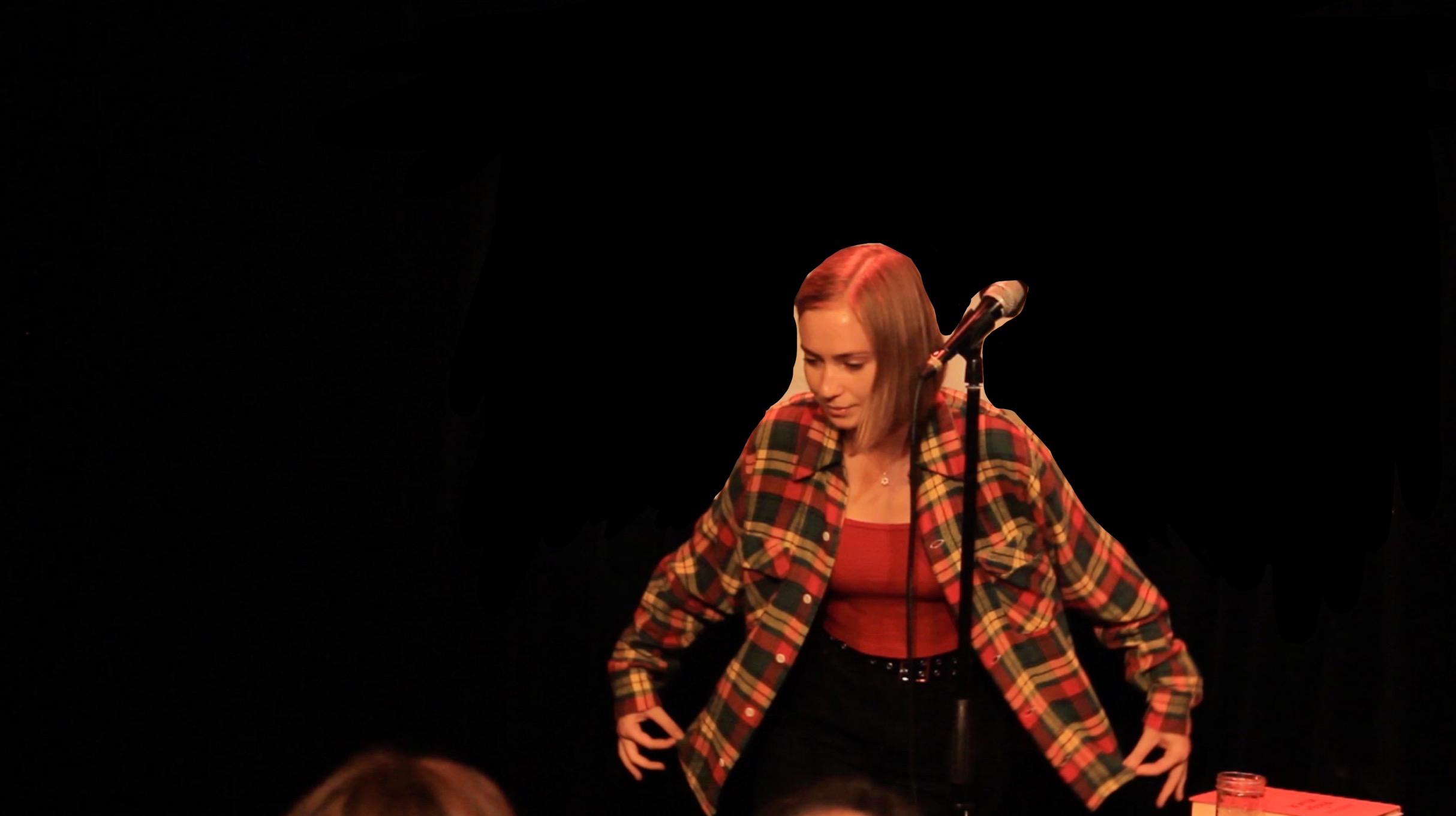 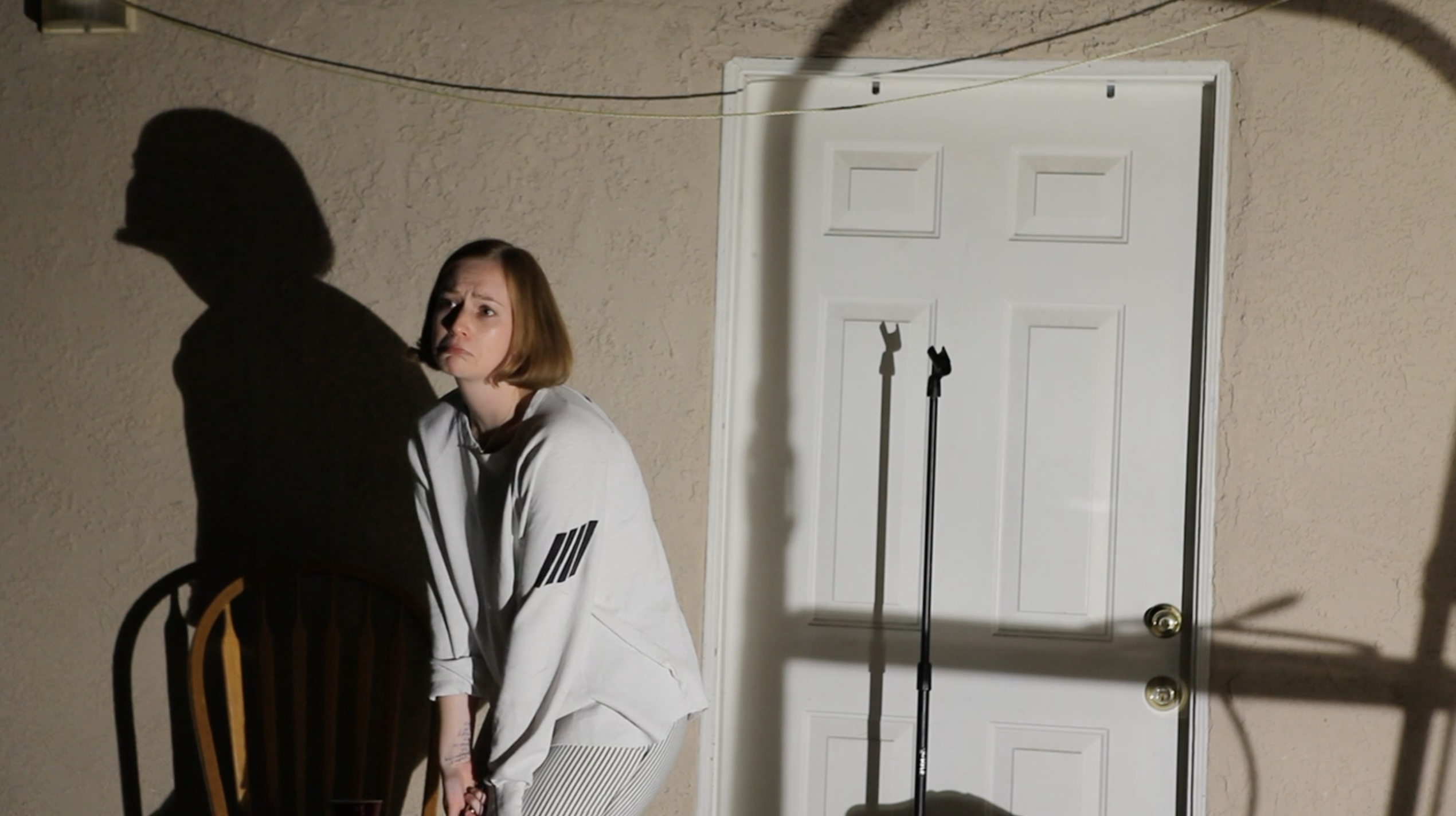 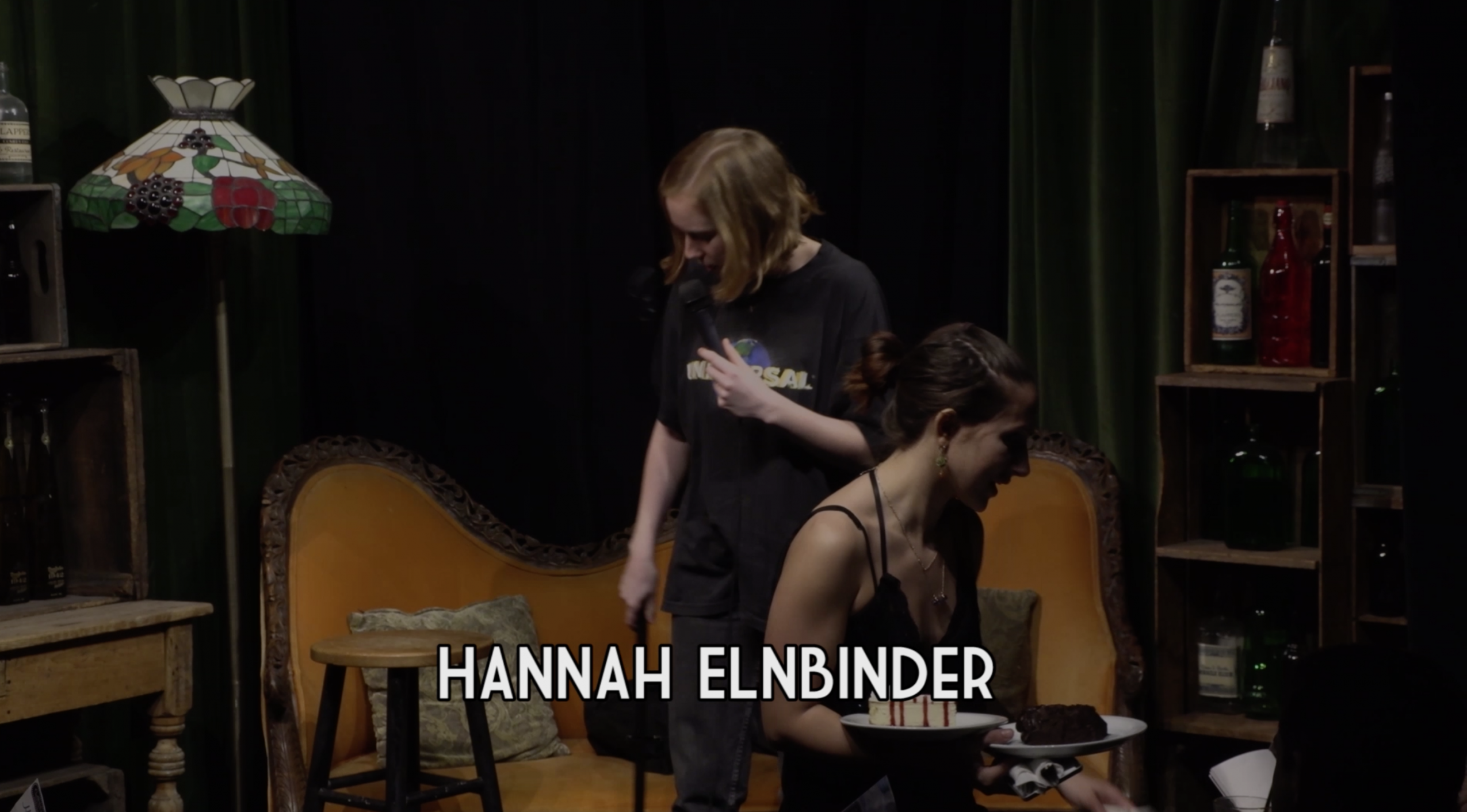 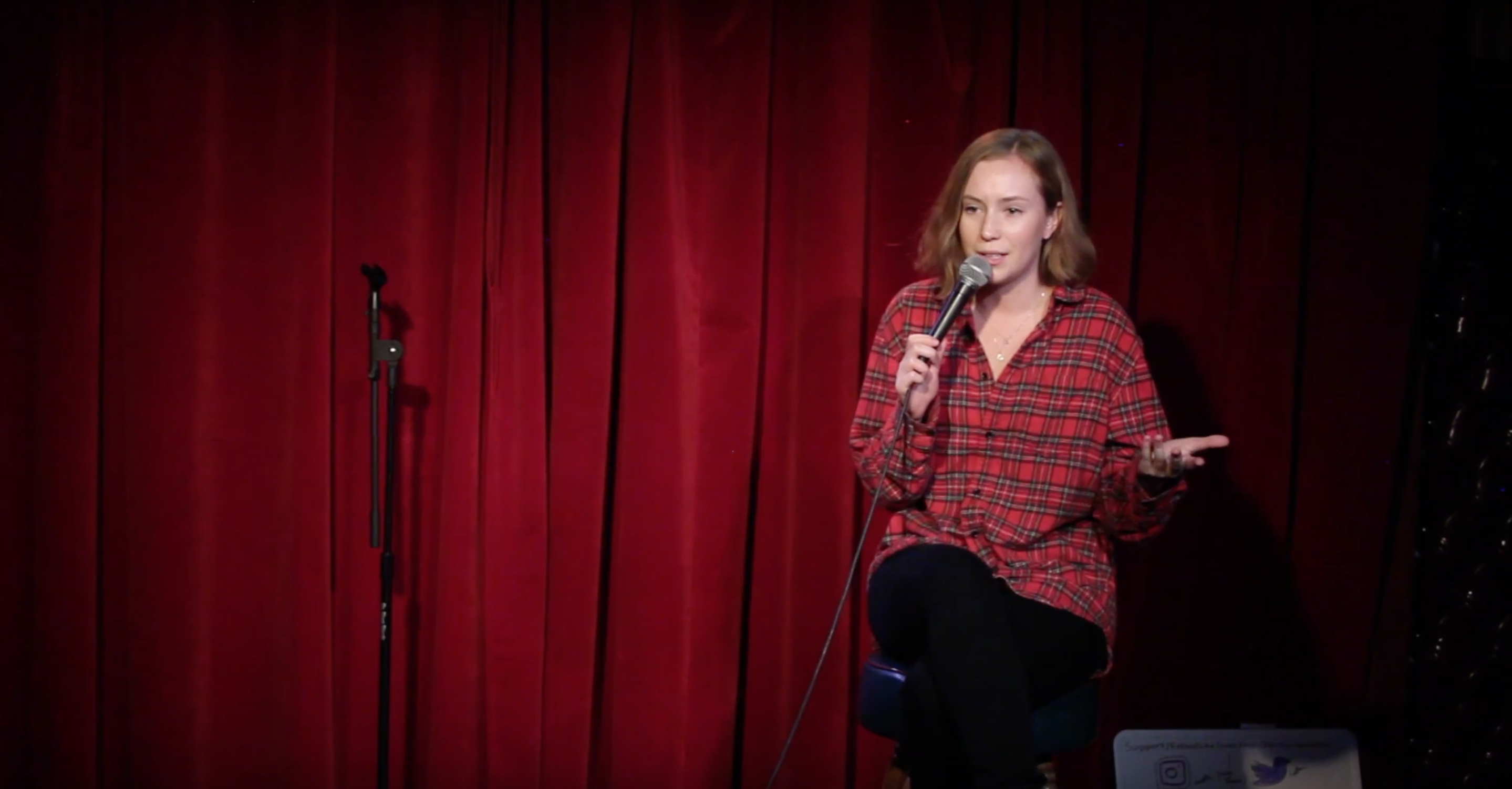