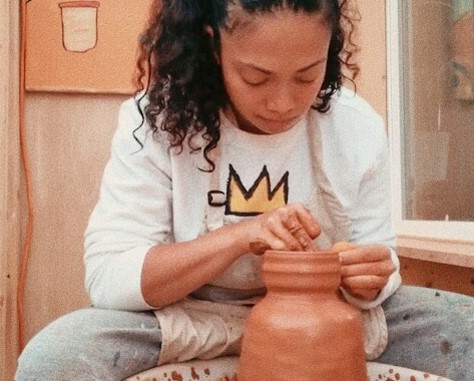 Today we’d like to introduce you to Hana Ward.

Hana, can you briefly walk us through your story – how you started and how you got to where you are today.
Well, in college I studied something totally different than what I’m doing now. I thought I was going to be an art major, but when I attended Brown University, I fell in love with their ethnic studies and education courses.

I ended up concentrating in Education/Human Development. Art was still incorporated into my life; I made sure to take an art class every semester and also ran an after-school arts organization in Providence. I initially began studying Education because I was particularly interested in the fraught history of racism in education for Black Americans and how it’s connected to education statistics today (I mean, it literally used to be illegal to learn to read. That’s wild).

I also enjoyed working with young people. After I graduated, I moved to Oakland and taught 7th and 8th graders with Citizen Schools for a couple of years. I was just like any other recent college grad: confused about what I wanted to do for work and trying to figure out my life in general. I think that’s pretty normal, but at the time I felt like I was having a quarter-life crisis.

While I was teaching I started to feel like the skills I had were not being utilized, and the skills required for teaching I didn’t have. In other words, it didn’t feel like a right fit for me. I missed my art classes, and I was ready to at least give this art thing a try. I moved back home to Los Angeles to live with my parents and figure it out.

I started taking ceramic classes at Santa Monica Community College (and later Glendale Community College) and painting in the evenings. Around this same time, I reconnected with my college roommate, Joanna Lee, who also had recently moved back to LA. We began talking about making ceramics together and starting our own online shop. In 2015, we started Uno+Ichi and were soon selling our work at pop-ups and online.

Since then, we’ve grown our following and have our work sold at several stores around the country including Giant Robot, The Craft and Folk Art Museum, The Underground Museum and many others. I’ve continued to work on my painting practice and have had the opportunity to show my work at various galleries in Los Angeles.

We’re always bombarded by how great it is to pursue your passion, etc. – but we’ve spoken with enough people to know that it’s not always easy. Overall, would you say things have been easy for you?
Of course not! There have been some bumps in the road, and a flat tire here and there. It was hard to get started on something that required full-time work but didn’t bring in a full-time paycheck. I was lucky to find a part-time gig at the Women’s Center for Creative Work that really kept me afloat while we got things started.

I still work there today (part-time), now as their Communications Manager. I’d say the biggest challenge though was when Joanna, my business partner, and co-creator for Uno+Ichi, left the business and moved to the bay area for a curatorial position in February of 2018. It was a hard transition for me, and hard to navigate alone.

All the challenges we had faced up until that point we had navigated together, and we had fun! It’s like if you’re on a road trip and you get a flat tire. It could maybe be a fun adventure when you’re with your friend. Maybe not, so fun changing that flat alone.

But Joanna leaving also gave me the opportunity to restructure the business to fit better with my painting practice, which was beginning to feed my soul more and more. It also allowed me to spend more time reading and researching, something I love to do (I’m a true nerd at heart).

For the past two years, I’ve been deeply interested in the Haitian Revolution and all the politics surrounding it (I highly recommend giving Professor Bayyinah Bello a YouTube search and watching some of her videos or reading The Black Jacobins by C.L.R. James). This interest is starting to make its way into my paintings.

Ultimately, I’m grateful to have had the opportunity to restructure the business so that I can make time for this kind of important artist work that I hadn’t had much time for when we were starting Uno+Ichi.

So let’s switch gears a bit and go into the Uno+Ichi story. Tell us more about the business.
Uno+Ichi is a brand specializing in handmade, small batch ceramics. These handmade items are imagined and crafted in a small studio behind my grandma’s house in West Adams, Los Angeles. Uno+Ichi captures the stories and lives of objects in a playful manner and adds charm and sass to your daily rituals.

Uno+Ichi means “one plus one” — uno as in the Spanish word for “one,” and ichi as in the Japanese word for “one.” The name represents the idea of taking things one step at a time. It is a reminder that something can be built or created by a simple first step.

Uno+Ichi is known for the interesting faces and characters found on its pots, cups, and plates. They are usually frowning, looking skeptical or giving a side-eye. I’m very opposed to smiley faces on my pieces, despite the fact that I’m usually smiling!

I think I’m most proud of the recognizability of the work. This was really hard to do in the beginning (I mean, it’s still hard to do). Creating new work and new looks that still look and feel in line with the brand can be hard.

When we first started, we often asked ourselves, “What is the Uno+Ichi look?” I feel proud today to have a distinct look that many people recognize and can point out in a lineup.

Has luck played a meaningful role in your life and business?
It’s funny, you know, I never give much thought to luck. Good or bad, I guess I don’t tend to attribute things to luck. One of the things I distinctly remember noticing when Uno+Ichi first started is the direct ratio of our success to the work we were putting in.

That brought me some satisfaction, realizing that our success was actually mostly in our control. The work is laborious, and we had many late (and cold) nights in the studio, but the results of that hard work could be almost immediately recognized. Hard work pays off.

The only thing I can think of now that I would say was pretty lucky was when we went to Chino to buy our first kiln from a Craigslist posting. We hadn’t planned ahead of time how we were going to get it in the car. We came to the house to find an older lady as the seller and realized she was definitely not going to help us get it in the car.

There were two men working on the house that said they would help us, but five minutes later we saw them drive off. We got the idea to drive to the nearby Home Depot to see if there were any guys in the parking lot looking for work. We would need two. We didn’t see anyone at first, but then noticed two guys left waiting for work.

There were only two there! That was pretty lucky. We picked them up and brought them to the kiln, and they lifted it in. It was a difficult lift, and the whole situation was a little precarious, but it all worked out! Maybe we got a bit lucky. : ) 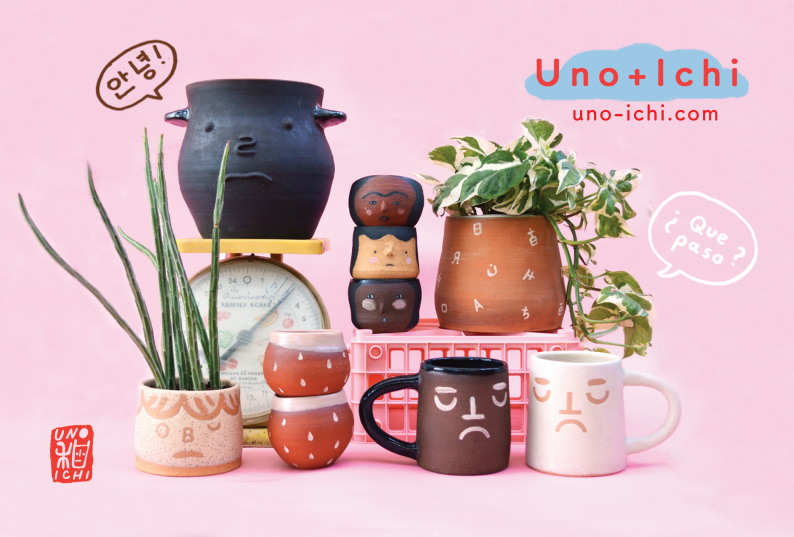 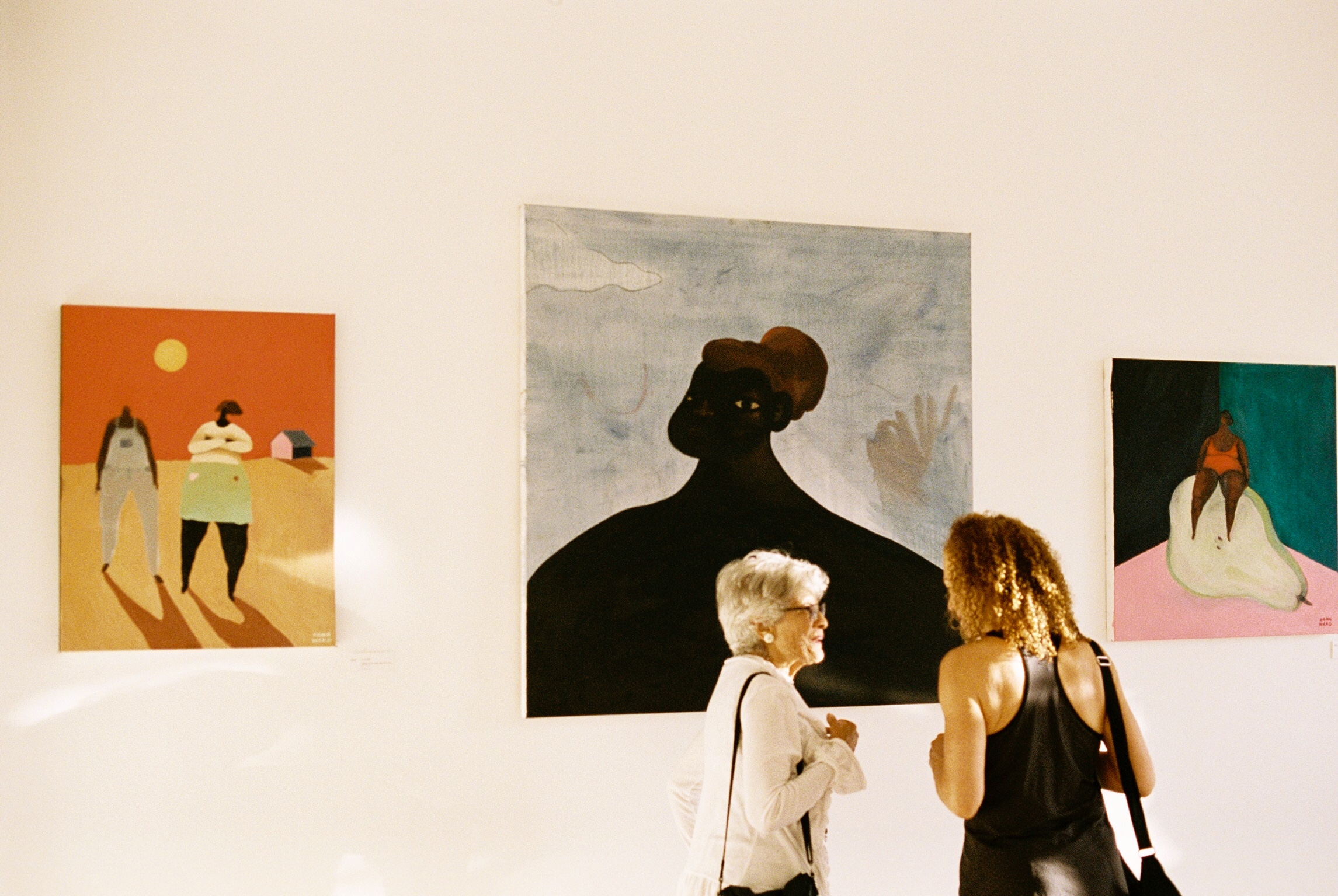 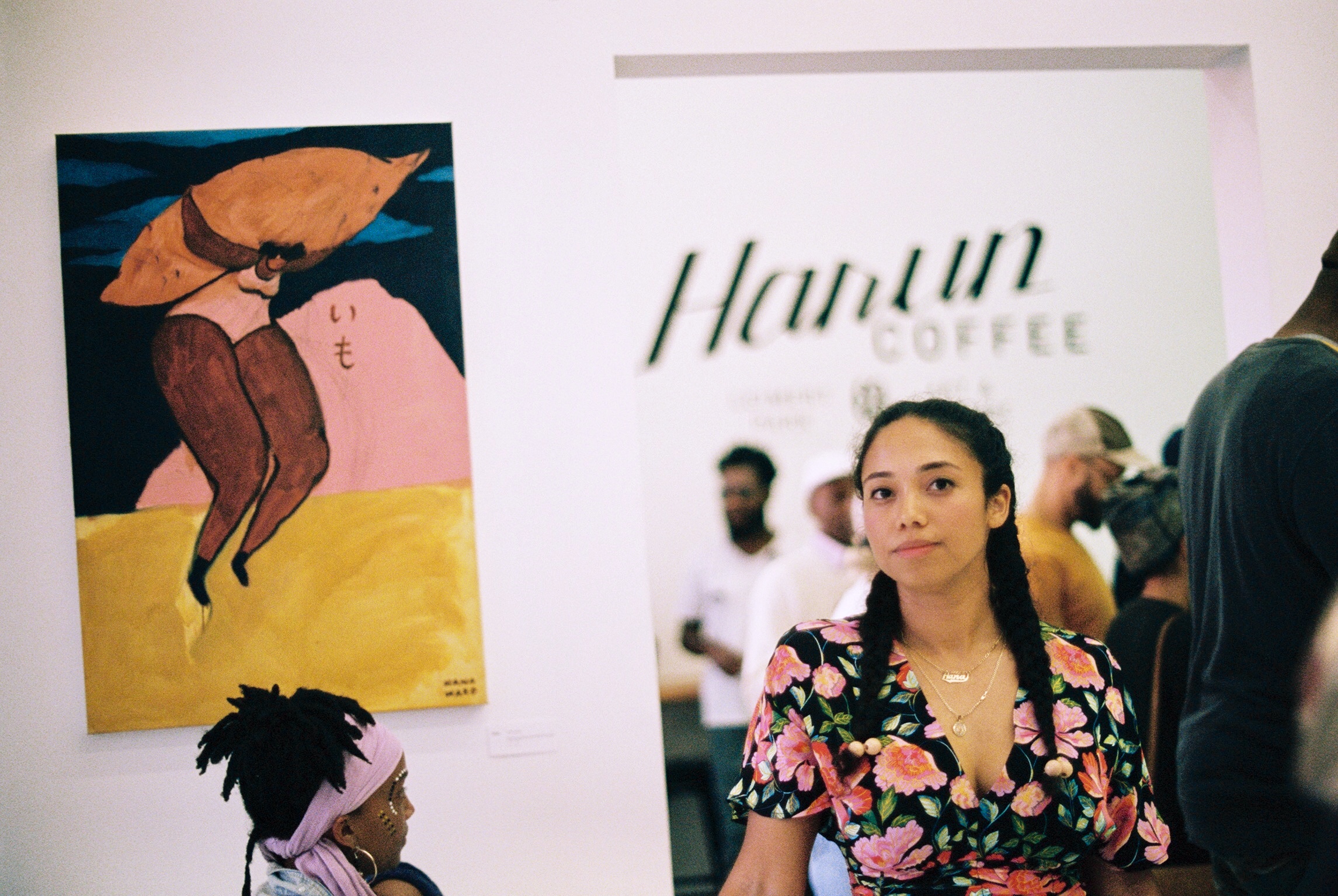 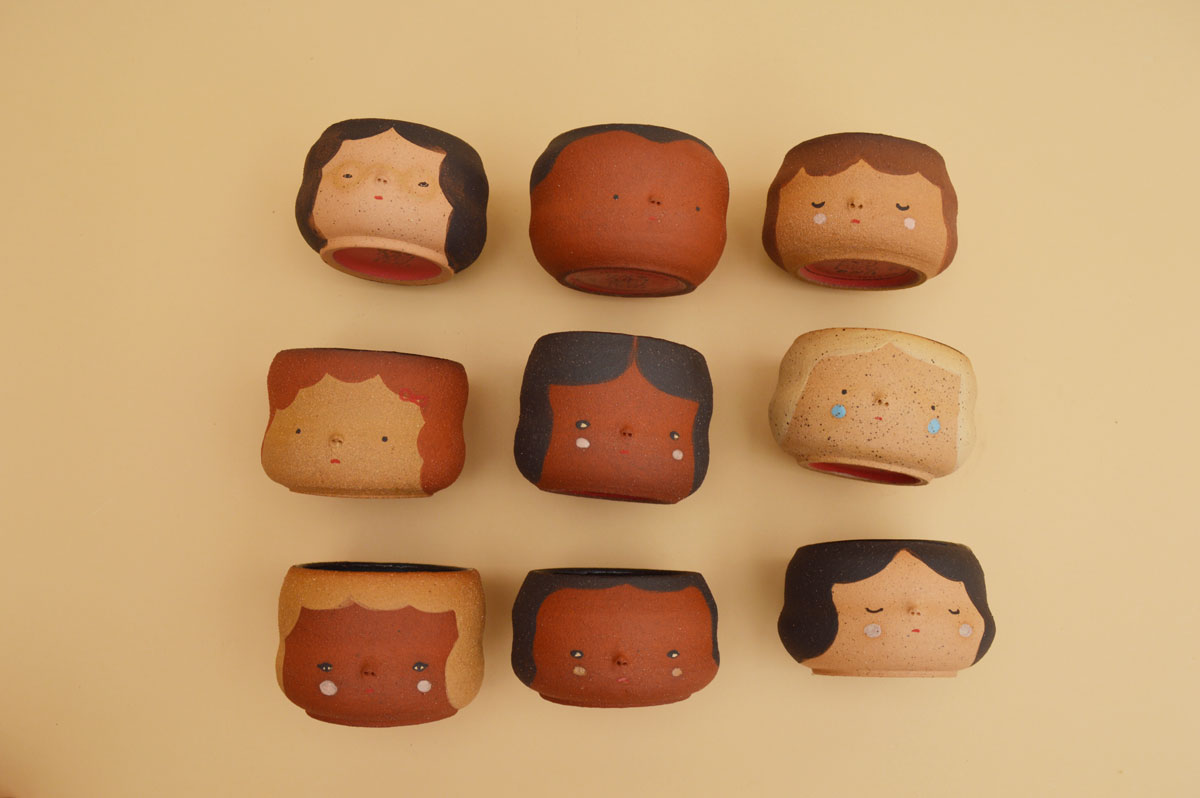 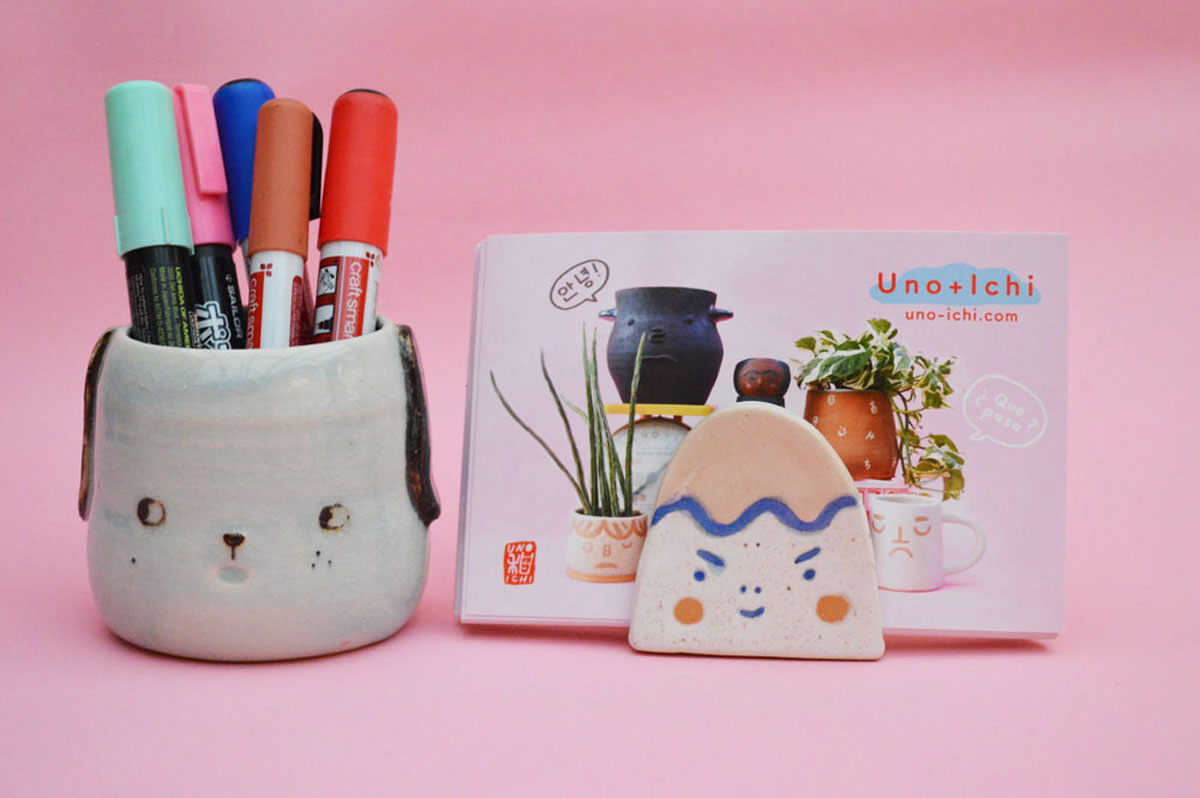 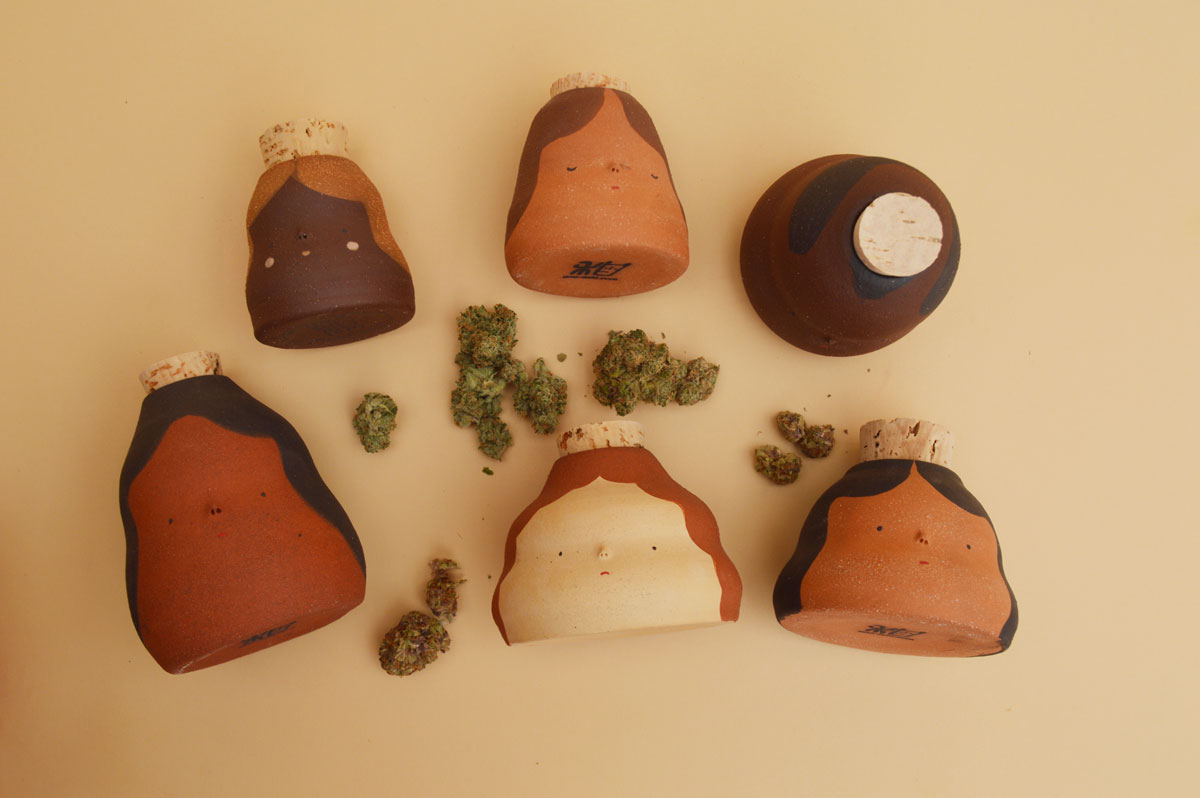