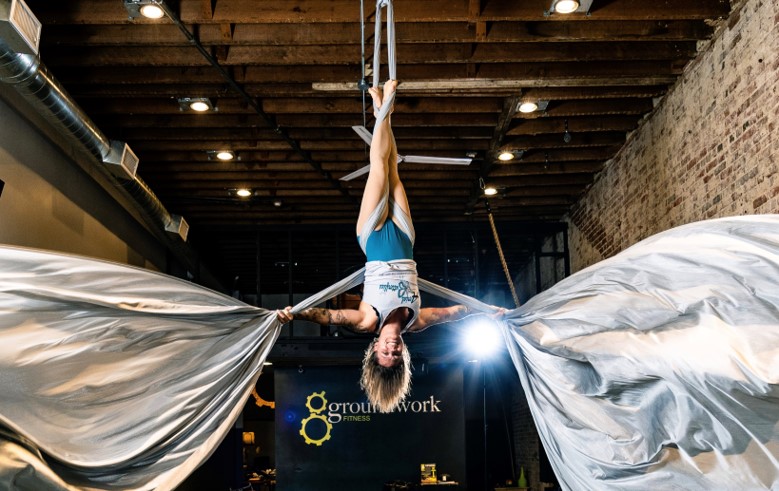 Today we’d like to introduce you to Hallie-Jane Culpepper.

So, before we jump into specific questions about the business, why don’t you give us some details about you and your story.
I grew up in Long Beach. I competed gymnastics for Millikan HS and started coaching gymnastics at 16 through parks and recreation. in 2017 I took over this program and it now runs through Aerial Butterflies.

Went to school for interior design but didn’t love the industry so I combined my natural organizing abilities with the stuff I learned in design school and created Organize2Design in 2006… I still organize some for past clients and special request.

In 2008, I was about to turn 30 and going through a divorce… that’s when I discovered and fell in love with Aerial. I took my first class and was hooked. My body understood what to do immediately from all my years as a gymnast. I did my first studio performance six months from starting and all of the same joy from when I used to compete came flooding back. Better music though.

In 2010, my friend opened a restaurant in my area and I convinced him that drilling into his beam and having me perform Aerial Silks once a week was a good idea. I performed regularly and got known as the “Aerial Butterfly” because my arms are covered in butterfly tattoos. I got other side gigs via word of mouth from those who had seen me perform at the restaurant.

In 2013, I found out I was pregnant and had to find a replacement and take a break.

During my break, I went through the Leadership Long Beach Institute and became very involved in the city that raised me and I love.

2014 after the crappiest of pregnancies (I will never do that again!) I was mom to a cute lil boy named rePete but damn it I missed aerial so much. I did a large organizing job which meant I had a nice influx of $… so I bought a portable aerial rig for my back yard. The other expenses that came along with having a 20ft rig in the back yard meant I should probably think about having it make money…

2016 Aerial Butterflies was born. Our first gig was me and three other girls at a non-profit park function that my friend was putting on. We charged nothing but got offered our first paying gig which would be another park event but I would be able to pay my friends who had come to play in the park with me dressed like elves.

2016/2017 NYE… A local club/bar/venue hired me and another girl for NYE! This was the second check to go in the Aerial Butterflies account.

Since then through my city relationships we have performed at the LB Convention Center, the Aquarium of the Pacific, with the DLBA for NYE, the Alpert Jewish Community Center, The Alan Lowenthall Young Women Empowerment Conference, The Love Long Beach Festival, Patrick Henry Elementary, Emerson Elementary, Shoreline Village Zombie Walk, Dia De Los Muertos Festival DTLB, Beach Streets, LB Opera, LB Symphony… and many other private and corporate events in the surrounding areas.

May 2017, I received a FB messanger message from a local gym owner asking if Aerial was something that could be taught in her gym. We met and made it happen. We now have weekly Aerial Silks and Hoop classes at Groundwork Fitness in Downtown LB.

We’re always bombarded by how great it is to pursue your passion, etc – but we’ve spoken with enough people to know that it’s not always easy. Overall, would you say things have been easy for you?
We are only three years in… so NO!

Struggles:
1. Doing all the marketing myself! I am blessed to have some knowledge based on running another business for ten years but this business is different. I do wish there were more of me for sure!
2. Entrepreneur stuff is hard. Many times I feel alone. I have great coaches for the gymnastics program but often am looking for the next great coach because one of mine is going away to college or to study abroad. Happy for them but, damn it. I have a few great Aerial Instructors but am teaching most of the classes myself (which is my time away from my kid, family, marketing… long list but it’s cheaper for me to do it.)
3. Getting people in the aerial classes to come and keep coming. People want to come and get their Instagram picture and thats it. I love it when a student wants to do it, #getaerialfit, learn something new and falls in love with the sport.

So, as you know, we’re impressed with Aerial Butterflies – tell our readers more, for example, what you’re most proud of as a company and what sets you apart from others.
We are Aerial Butterflies. We do two things, Cirque Style Entertainment & Aerial Arts classes.

Aerial Classes: Fitness should be fun and Aerial is fun. You get to explore the part of your inner child who wanted to run away with the circus while gaining strength. We have silks and hoop classes for beginners and intermediates. We teach kids and adults. The most popular are our once a month Aerial Workshops.

I am probably most proud that I have been able to create a business out of something I love to do!

So, what’s next? Any big plans?
Since we are only two years in the goal is to gain corporate clients for performance gigs and the classes to grow. Big future plans are still in the baby idea stage. 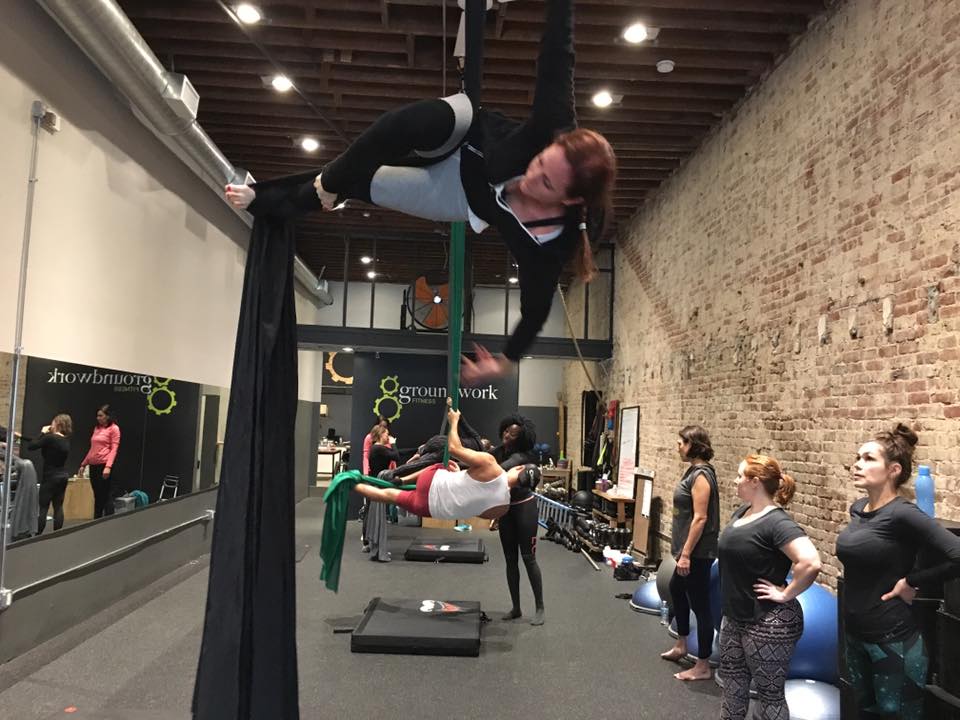 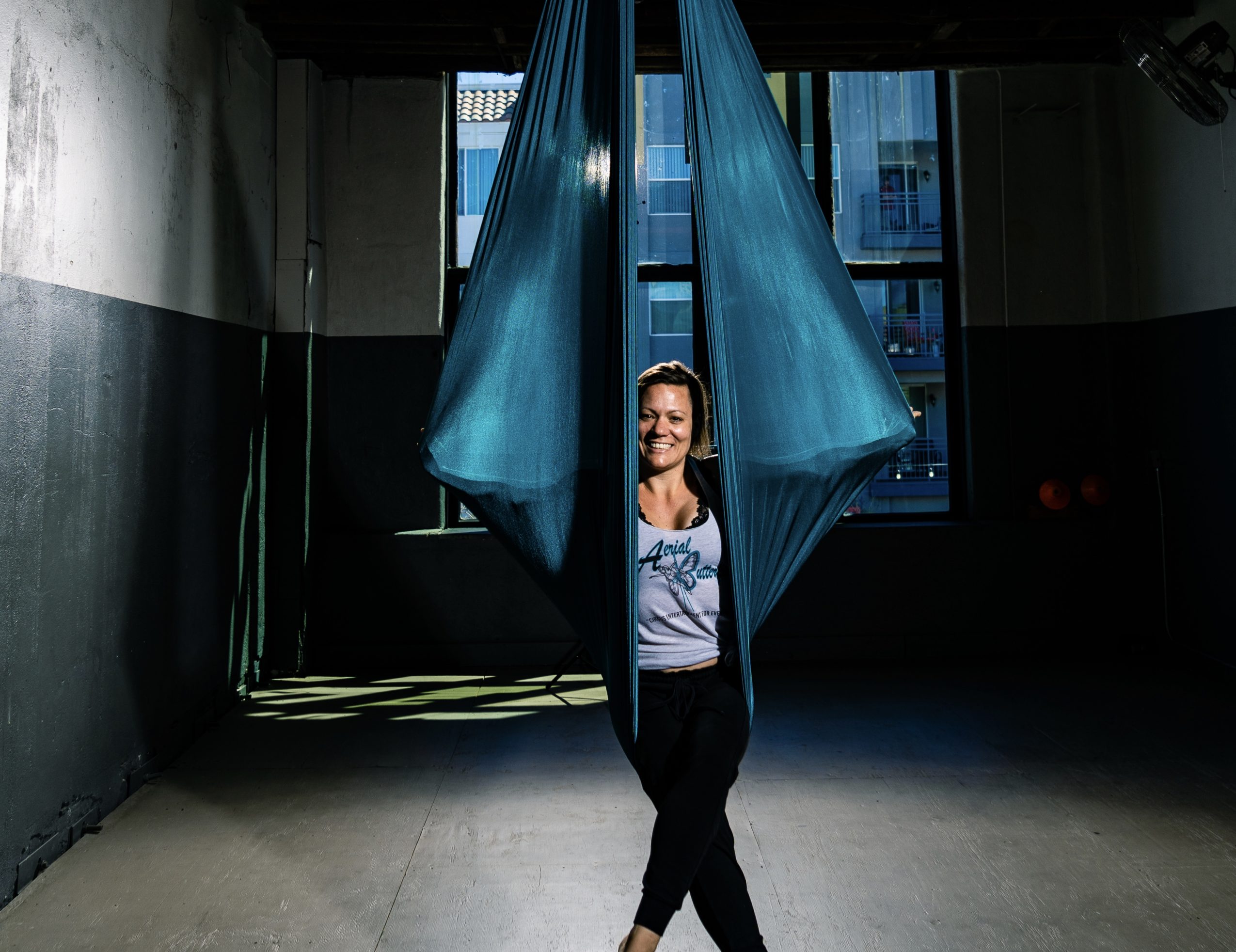 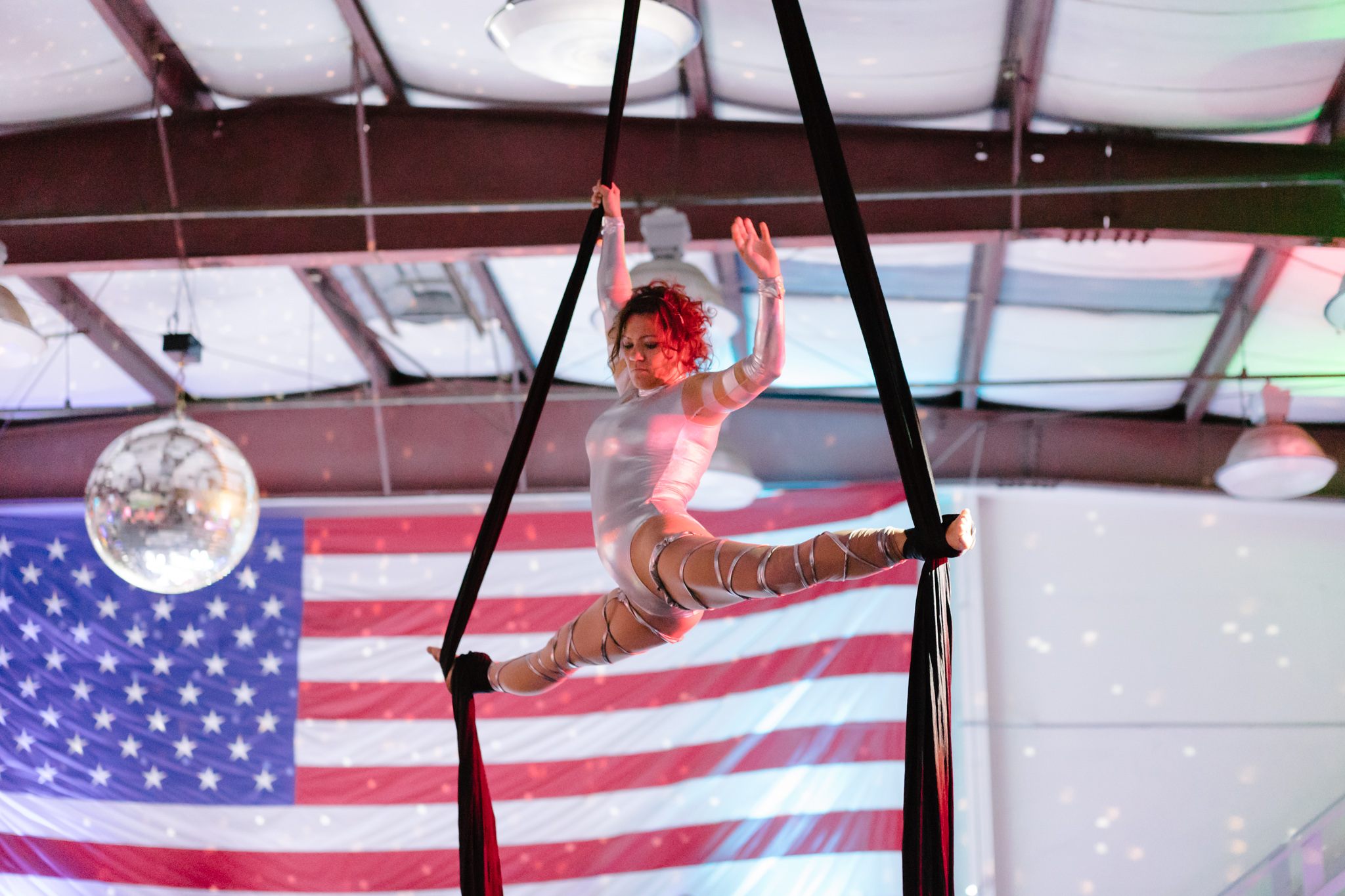 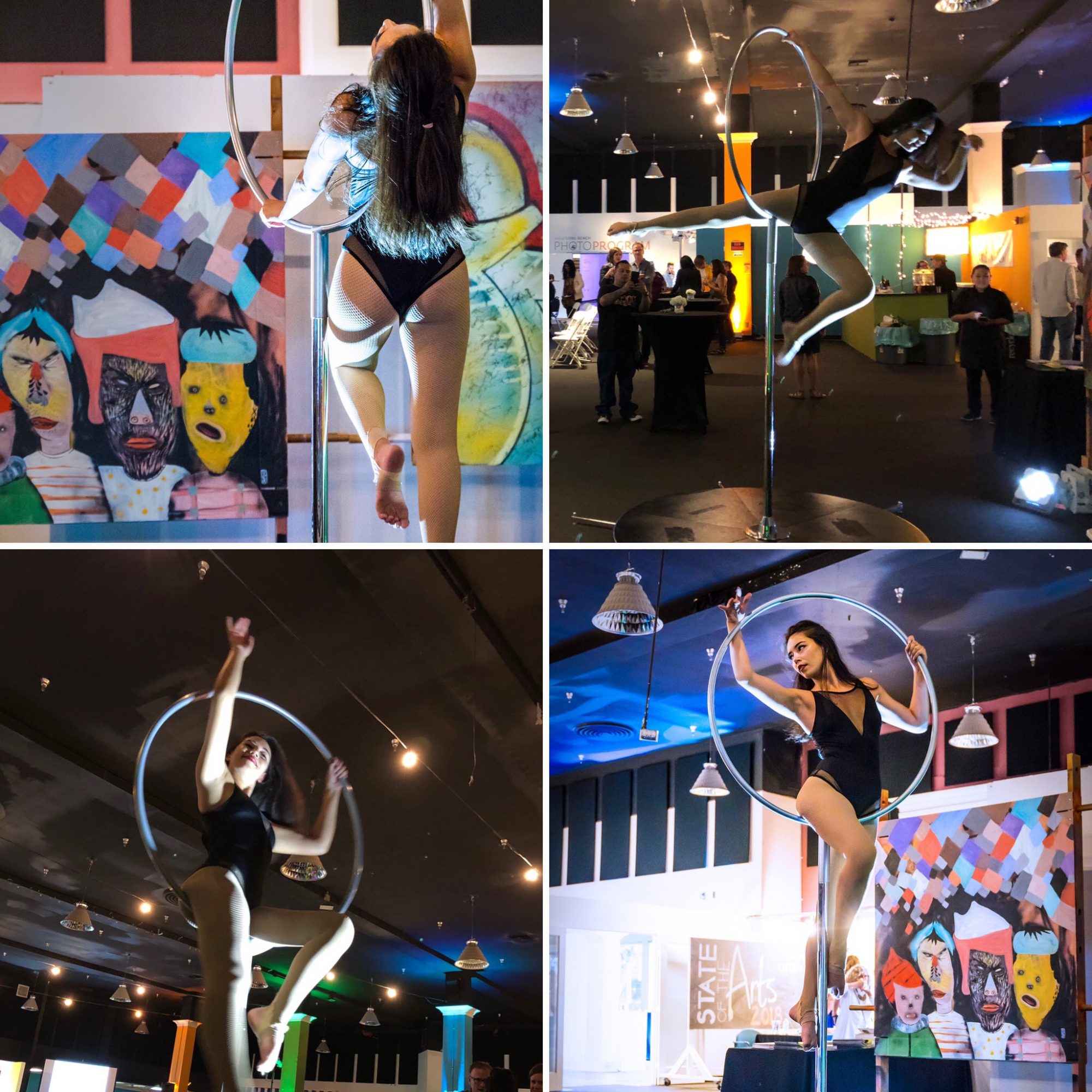