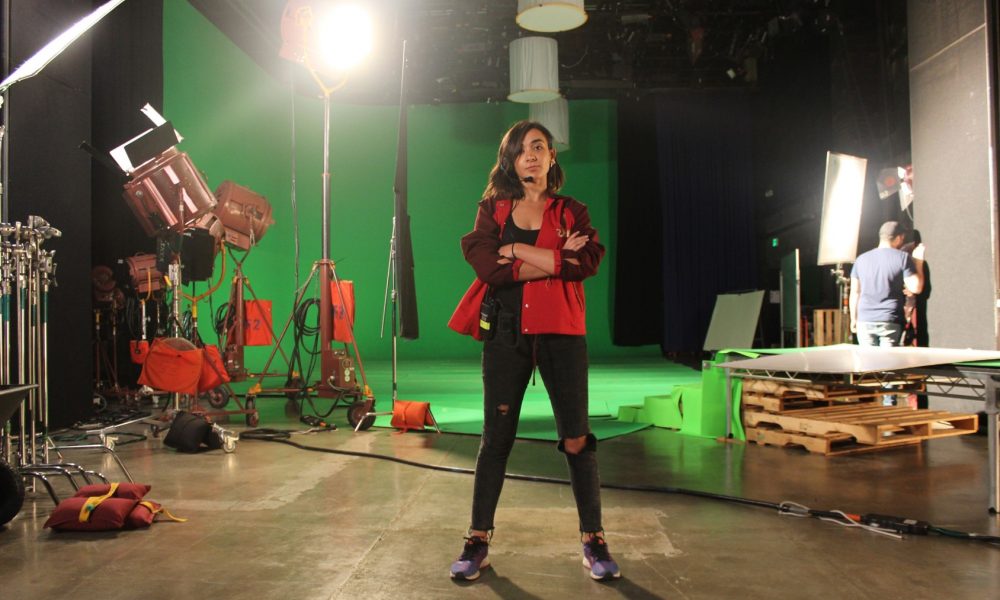 Today we’d like to introduce you to Hala Kaddoura.

Hala, let’s start with your story. We’d love to hear how you got started and how the journey has been so far.
Despite born in Massachusetts, I lived and grew up in Lebanon as a Palestinian refugee. I believe my reality as a Palestinian refugee in Lebanon—deprived of fundamental human rights such as the right to own property, attain a plethora of jobs, vote and receive social security despite paying for it—made me conscious of how politics has innately shaped my personal life and all the struggles it has brought along. Truly, my life purpose—came naturally to me—as it has become part of my identity to shed light on social, economic, and political issues, in hopes of paving the way for those oppressed. My path of championing the voices of the underrepresented took various forms from community building to co-founding social impact initiatives (edUchange initiative, Arab Media Arts Collective, and Sundance Co//ab x CARE), to creating & curating and reviewing films, and designing marketing and communications strategies for independent short films.

However, to be specific, my love relationship with film, photography and moving image, started during my undergraduate degree at the Lebanese American University in Beirut, while working on a Sociology research paper on patriarchy on one hand and loss of a home on the other hand. As I was searching for material to support my paper, I stumbled upon two documentaries, which changed my life forever. The two docs ‘Fertile Memory’ by Michel Khelifi and ‘Like Twenty Impossible’ by Annemarie Jacir truly opened my eyes to the power of film. And from there, I was certain of what I wanted to do: create social change through film, art, education, and community building.

In late 2017, I leaped to move to California, where I previously lived for two years as a child. A lot of people in Los Angeles and New York, know me for my diversity and inclusion work tailored at supporting films and art projects created by people of color and to be more specific–projects produced by Arab and Middle Eastern creators. This path took off when I joined the Sundance Institute in September 2017 as a Social Media Manager- seven months after arriving in California.

Great, so let’s dig a little deeper into the story – has it been an easy path overall and if not, what were the challenges you’ve had to overcome?
This journey hasn’t been a smooth road and that’s what makes it beautiful. If it was easy, then everyone would do it. In 2013, I graduated from the Lebanese American University with a bachelor’s in Marketing and a minor in Sociology. Deep down, I knew I wanted to work in the social impact space with the intersection of film, culture, and art.

However, I didn’t know where to start or even what I exactly wanted to do. Plus, like everyone else, the bills have to be paid. So it was always a struggle to juggle between a full-time job and passion, which you hope can turn into a career.

In Beirut, while working full-time as an account executive–at the global media agency Starcom MediaVest Group–handling clients like Heineken and Samsung, I invested my other time, partnering with my former university professor Anna Fahr, designing and executing a marketing strategy for her short narrative film Transit Game. For exchange of my service, Anna would mentor me, involve me with the pre-production and provide me with educational film resources. From there, I enrolled in further film and photography workshops in Beirut.

And now, we are 2020. It took time to be here and I am still learning every single day. In October 2016, when I moved to San Francisco, I’d ritually lookup social impact initiators, artists, storytellers, and filmmakers and invite for coffee–to get to know them and learn as much as I could from them. However, San Francisco was a very tech-centered city, so I decided to give Los Angeles a shot.

I didn’t know anyone except my younger cousin, who I grew up with in Lebanon. A week in, he invited me to stay at his studio apartment for two weeks as he was going back home to visit his parents. From there, I created an excel sheet with a list of film festivals, events, and panels to attend, hoping it would help me build a network and community. I really wanted people to get to know me in person and not merely through a resume. During one of the film festivals (New Filmmakers Film Festival), I spotted a table for the Sundance Institute. Two women were sitting there interacting with people. It took me a few minutes to walk up and introduce myself. Sundance was always a place I dreamt being a part of and between us, I think it has something to do with my dad’s love for Robert Redford. In 1987, my dad opened a Cafe in Massachusetts, which he called ‘Sundance Cafe & Restaurant’. Anyways, As I walked to the table and introduced myself–it turned out that the Sundance Staff: Tanya Vannoy and Kelly Pellico, were the Associate Director of Marketing and the Head of Marketing. It’s like it was all set-up for me. I believe I left an impression on them, as I later received an email from the head of Marketing, encouraging me to apply to the Social Media Manager position.

So yes, it wasn’t a smooth road, but quite a rewarding one.

I can say, taking risks, putting myself outside my comfort zone, constantly working on myself, and surrounding myself with inspiring people, led me to where I am today.

We’d love to hear more about your work and what you are currently focused on. What else should we know?
I am most known for supporting independent artists from underrepresented communities with a focus on Arab creators. I connect Arab and Middle Eastern creators with potential collaborators and work on pushing their work forward by showing their projects to people higher up. While working at the Sundance Institute as a Social Media Manager, I scouted projects created by Arab and Middle Eastern filmmakers–hoping to showcase them at Sundance various labs and Sundance Film Festival.

Currently, I am transitioning to the Bay Area to join UC Berkeley this upcoming fall as a graduate student in a two-year M.F.A program in Art Practice. I am grateful for this opportunity. I’ll be joining a tuition-funded program and will be part of a community like Berkeley–who has a long history of student activism, from the Free Speech Movement to the campaign for divestment from apartheid South Africa. However, despite having a work-study plan, where I will be TAing (teacher assisting), I am still seeking more funds to cover the high-living expenses in the Bay Area. For that reason, in mid-March, I left my studio apartment in LA, and have been couch surfing between LA and the Bay Area–while working remotely. Coming back to the M.F.A  program, I’ll be dedicating the next two years on research and creating visual art projects focused on my personal story and issues as colonialism, refugee, loss of home, patriarchy, and fighting all forms of oppression.

What moment in your career do you look back most fondly on?
One of my proudest moments was during the 2019 WorldRefugeeDay. On that day, I participated in a panel at CAA organized by the international humanitarian agency CARE. On the panel, I was sharing my personal story and talking about a six months hybrid filmmaking program in Arabic, which I founded, designed, produced, and executed for Sundance Co//ab in partnership with CARE. The program–which was created to empower 24 Syrian refugee youth at Azraq refugee camp to tell their stories through the film–was composed of recorded lectures by award-winning Arab filmmakers on screenwriting, producing, directing, and editing. In addition to lectures, students received recorded feedback on their first-ever written scripts and on-the-ground mentorship to make their short films.

It was such a blessing to be part of CARE and the Sundance Institute, two organizations aimed at empowering underrepresented communities. 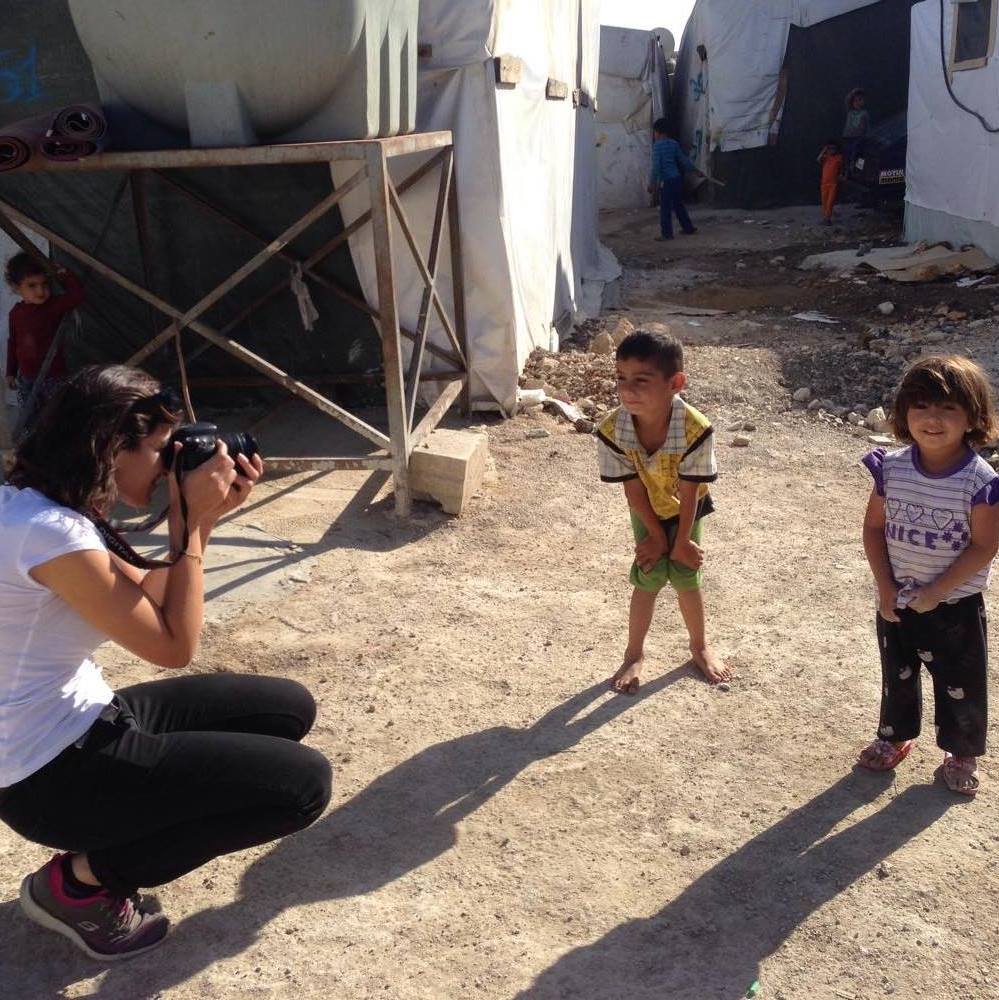 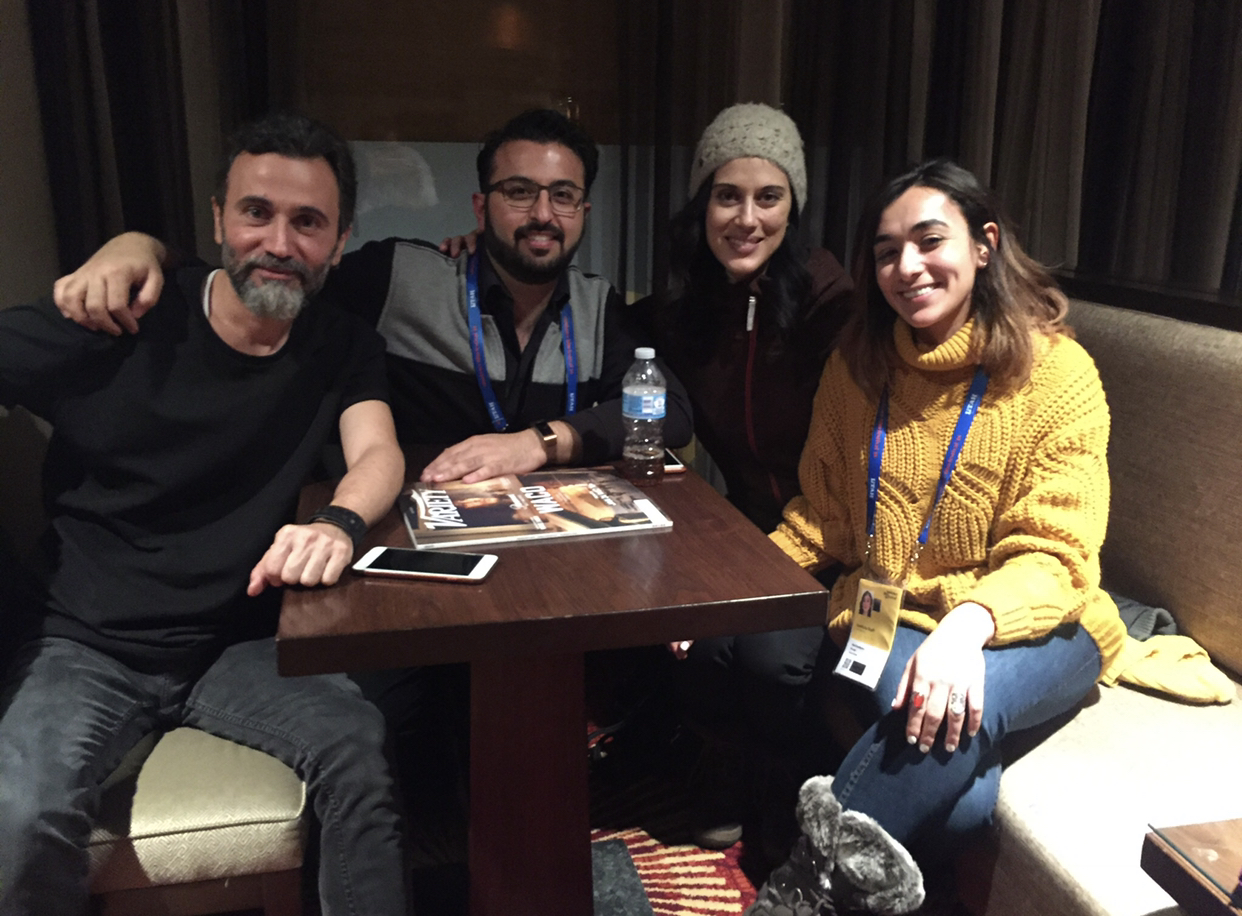 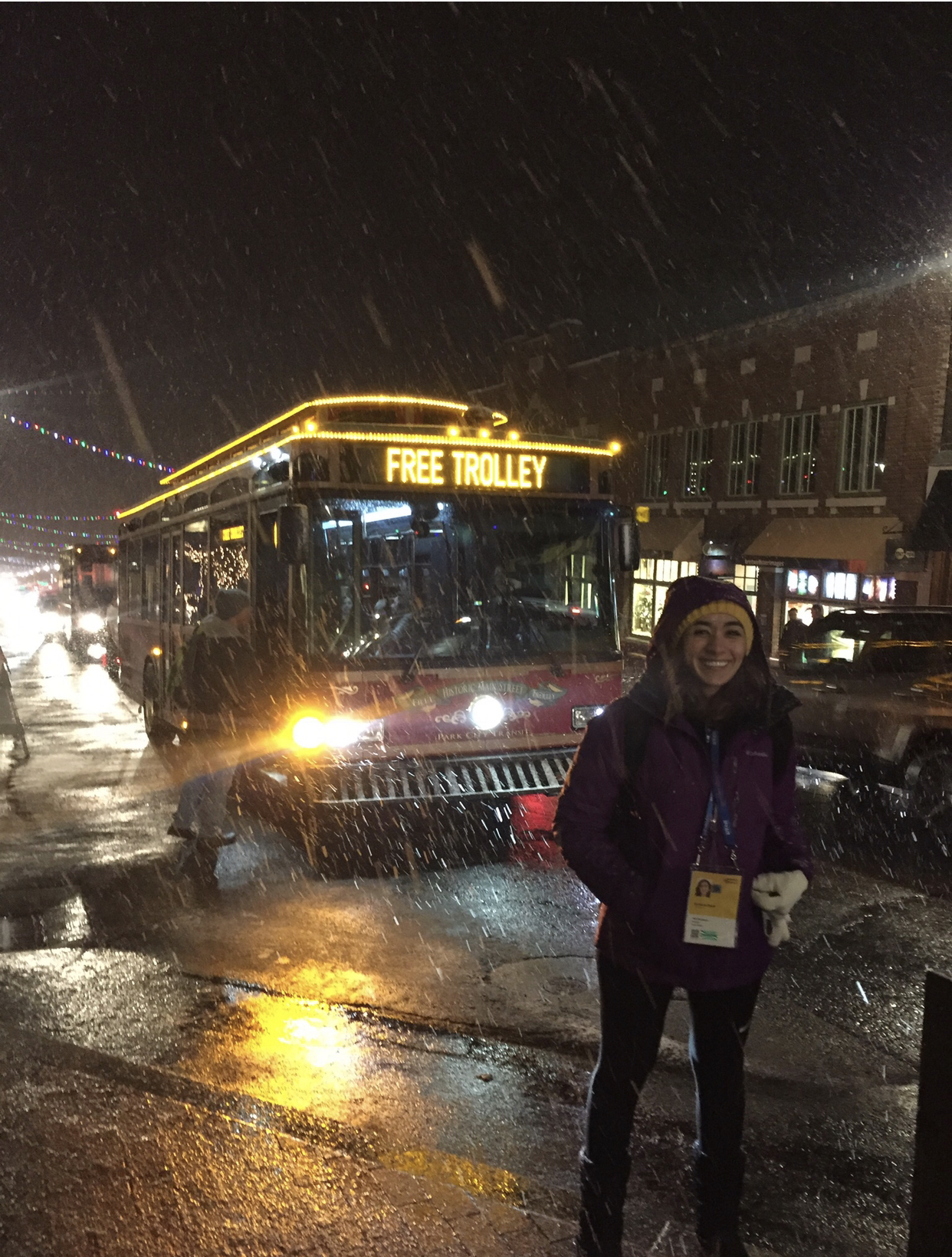 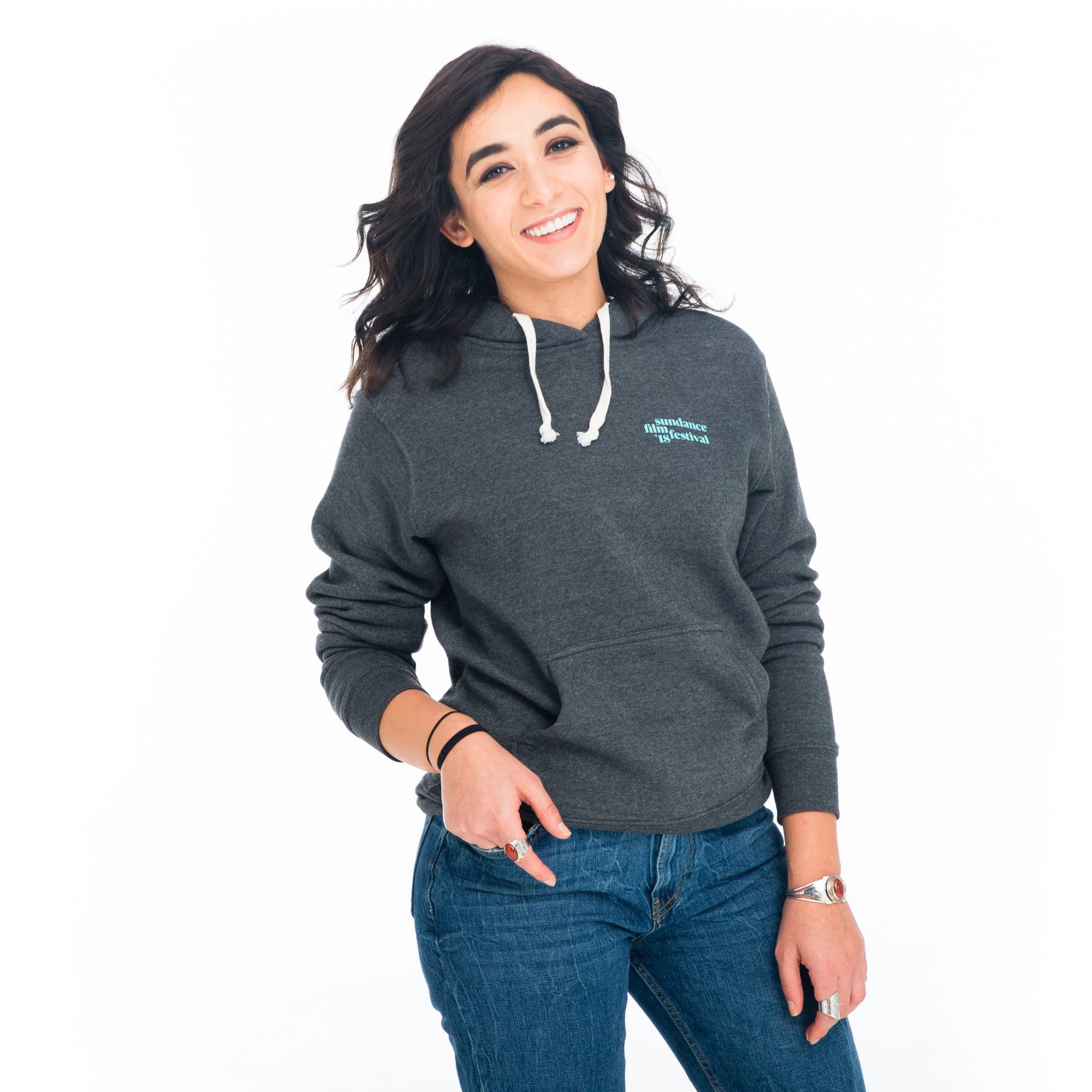 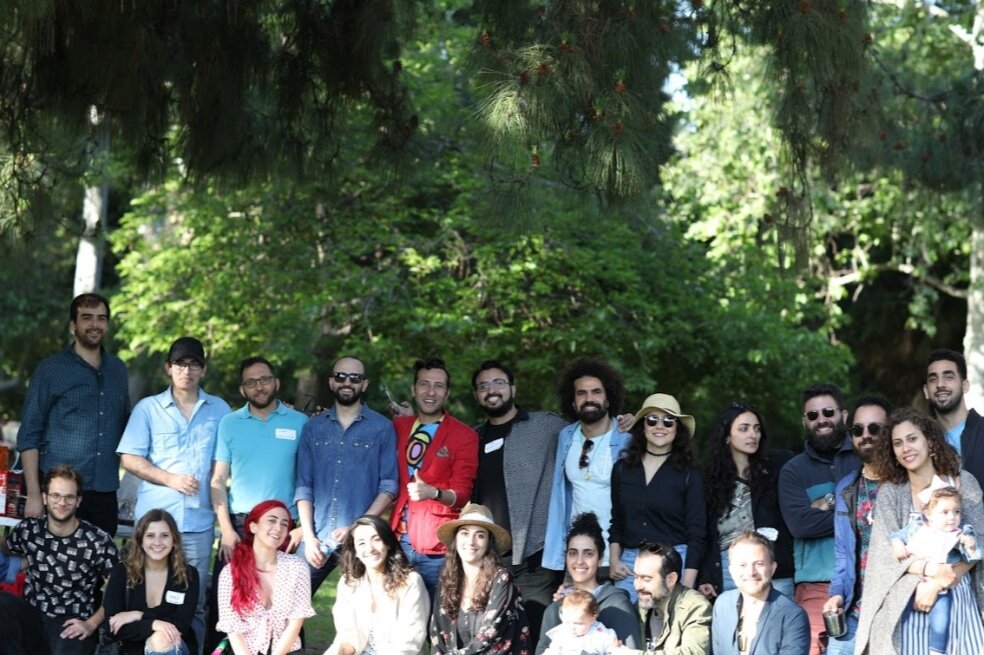 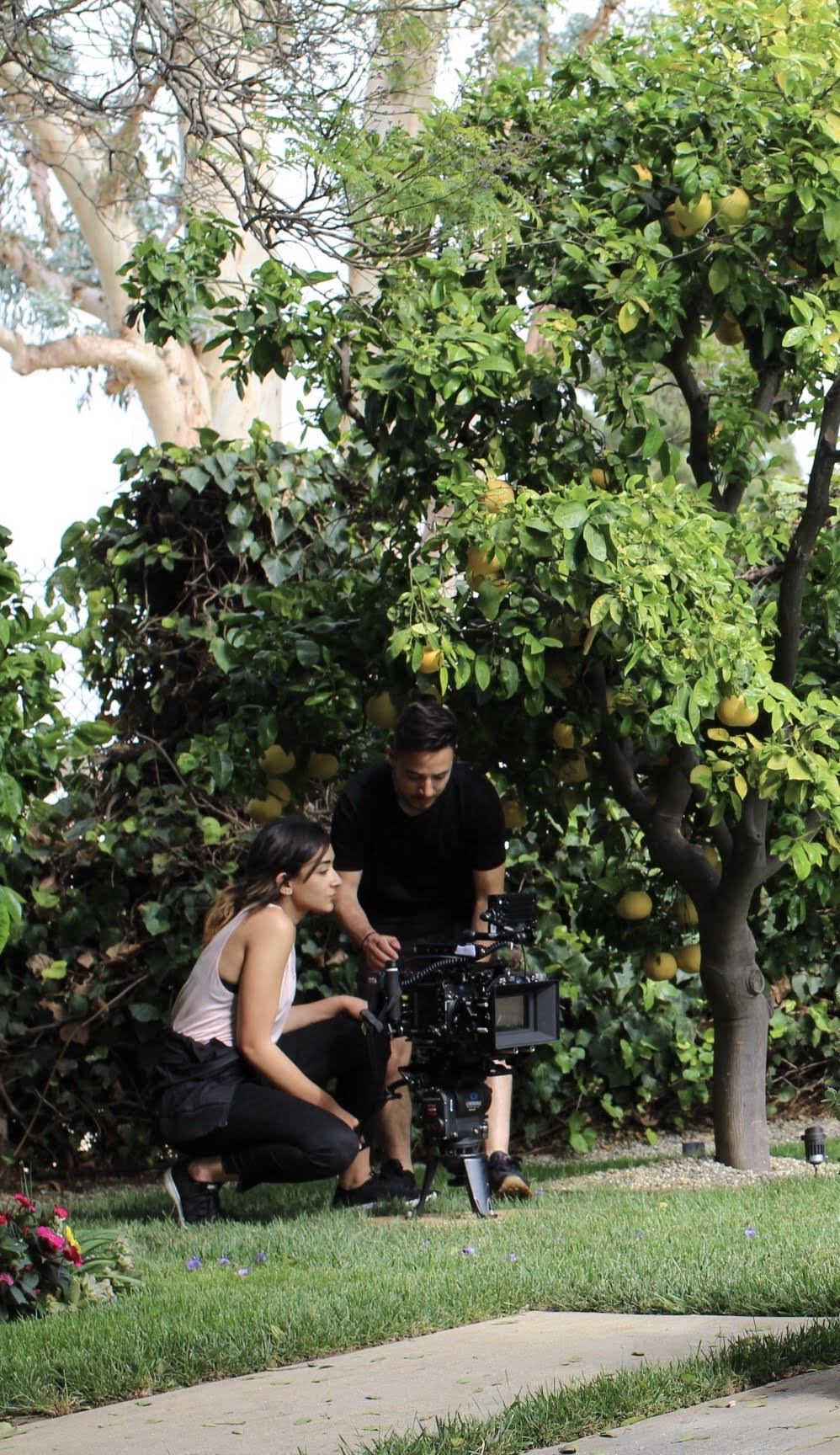 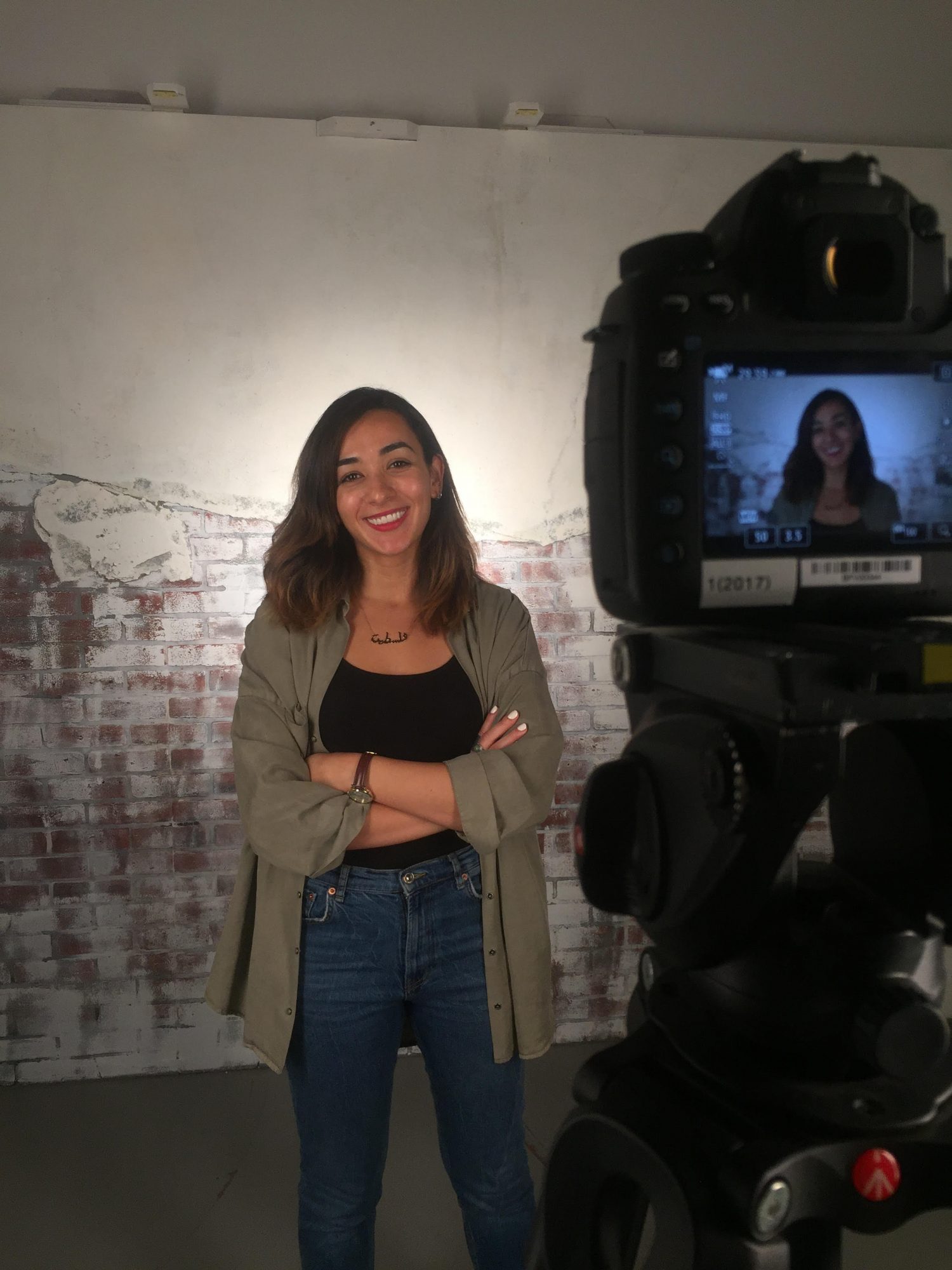 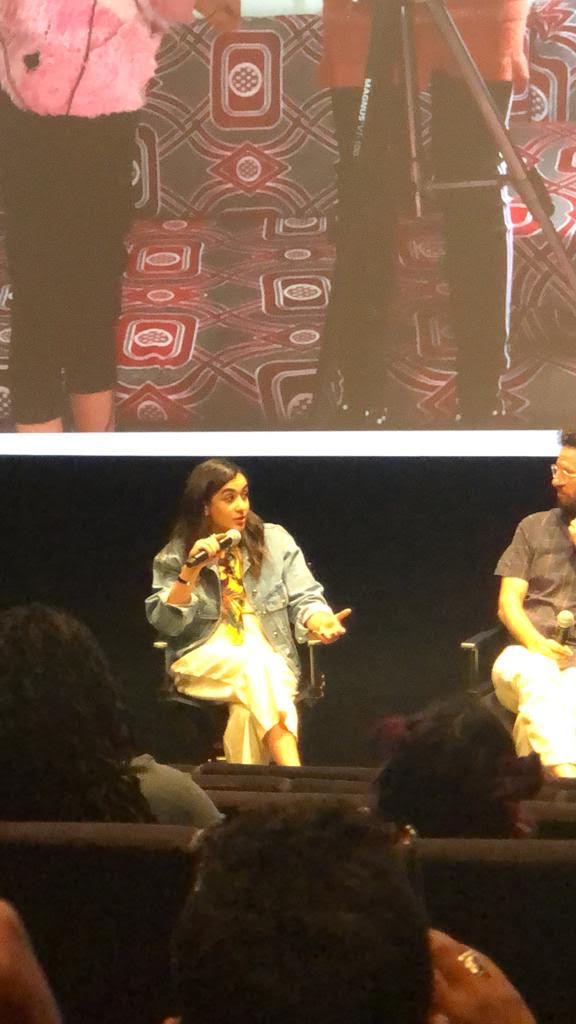