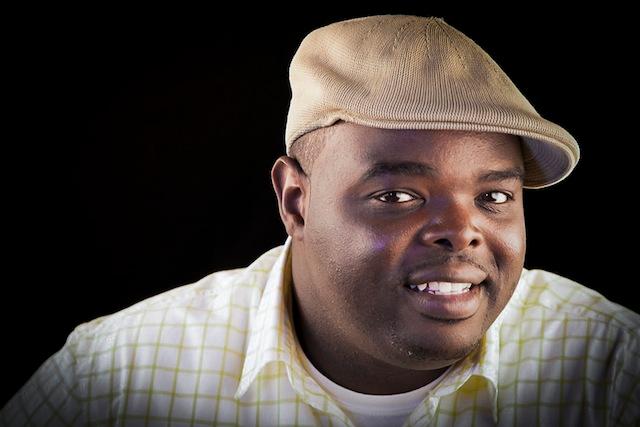 Today we’d like to introduce you to Jacquil Constant.

Jacquil Constant is a Haitian American independent filmmaker with a Bachelor of Arts degree in Film Production and a Masters of Arts in Interdisciplinary Studies with an emphasis in Pan African Studies and Cinema Television and Arts from California State University Northridge (CSUN). In 2006, Jacquil established his own production company, Constant Production, which has various music videos, short films, and commercial productions to its credit. He is also the founder of the first-ever Haiti International Film Festival in Southern California.

Jacquil’s career spans over twelve years in the independent filmmaking industry and includes networks such as MTV, BET, and VHI where he worked in various capacities including production, post-production and casting of reality television shows. He has directed and produced three independent short documentaries. CSUN 6 is a short documentary about student protests against tuition hikes for the California university system. Dream Realized tells the history of the CSUN Africana Studies Department. Haiti Is A Nation Of Artists is a short documentary film depicting Haitian artists creating transformational art to uplift the nation of Haiti after the devastating earthquake in January 2010.

Jacquil Constant is an Adjunct Professor at Pasadena City College where he teaches Cinema Production. His passion is promoting the beauty of Haitian culture and has curated multiple Haitian art shows including Haiti Is A Nation Of Artists (2015) and Haitian Magical Realism (2016), exhibited at California State University, Northridge. In addition, he is curating a Haitian Realism (2019) art show that is being exhibited at Pasadena City College. He has also made appearances as a keynote speaker for the Haitian Art Museum in Chicago and Shades of Africa in Long Beach, California. Also, he is Film Curator for the Black Association of Documentary Filmmakers displaying documentaries for the St Claire Bourne Film Series. Jacquil is an active member of the Black Association of Documentary Filmmakers, the International Documentary Association, and the African Arts Association.

Great, so let’s dig a little deeper into the story – has it been an easy path overall and if not, what were the challenges you’ve had to overcome?
Mainstream film festivals lack diversity and are not representative of the community in Los Angeles. As a Haitian American filmmaker, this issue directly impacted me early on in my career as I tried and failed to find a place that would exhibit my work. To ensure that filmmakers of color have the cultural infrastructure to showcase and promote their work, I established a nonprofit and Los Angeles’ only Haitian International Film Festival. Our mission is showcase positive narrative of Haitian culture through film and art.

HIFF has found support for the film festival through partnerships through business and non-profit organizations such as Hollywood Chamber of Commerce, Hollywood Central Neighborhood Council, and Center Of Culture Innovation. Also, outreach partners such as the Pan African Film Festival, Black Association of Documentary Filmmakers West, and the African Arts Association. It takes a village to have a successful film festival. Also, I would like to say thank you to the Hollywood community for supporting the film festival. The motto of our organization it takes teamwork to make the dream work.

Haiti International Film Festival – what should we know? What do you do best? What sets you apart from the competition?
The Haiti International Film Festival is the premier platform that showcases quality films in Hollywood, California. We are a niche film festival that specializes in portraying the humanity of Haitian culture through curation of amazing film from the Haitian Diaspora such as short films, documentaries, and feature films. We are the HBO for Haitian films displaying the humanity of Haitian culture. The Haiti International Film Festival (HIFF) was established in 2015 and is a non-profit corporation with a 501(c)(3) status. The mission is to showcase positive images of Haitian culture through film and art.

The goal of the HIFF is to inform diverse audiences about the rich culture of the Haitian diaspora through innovative cinema. Through outreach and collaboration with emerging and established filmmakers, we not only teach and conduct workshops. We also hold a yearly film festival that builds a stronger ecosystem for Haitian filmmakers through partnerships with non-profit organizations and educational institutions to make a bigger impact in Hollywood and Haiti.

What moment in your career do you look back most fondly on?
I am proud, as a Haitian-American Executive Director of the Haiti International Film Festival an emerging non- profit organization has created a platform to showcase high-quality Haitian films in Hollywood, CA. Also, the 5th Annual Film Festival will be a virtual film festival this year because of COVID-19. The film festival will be showcasing amazing films for the Haitian and African Diaspora. The film festival is a two-day celebration of Haitian culture through film and art. The theme this year for the film festival is an exploration of what it means to be Haitian in the Diaspora? Please join us for the 5th Annual Haiti International Film Festival online on xerb.tv to learn about Haitian Diaspora from a different cultural lens showcasing the resilience and humanity of the culture. This will be epic event and you will not want to miss it. 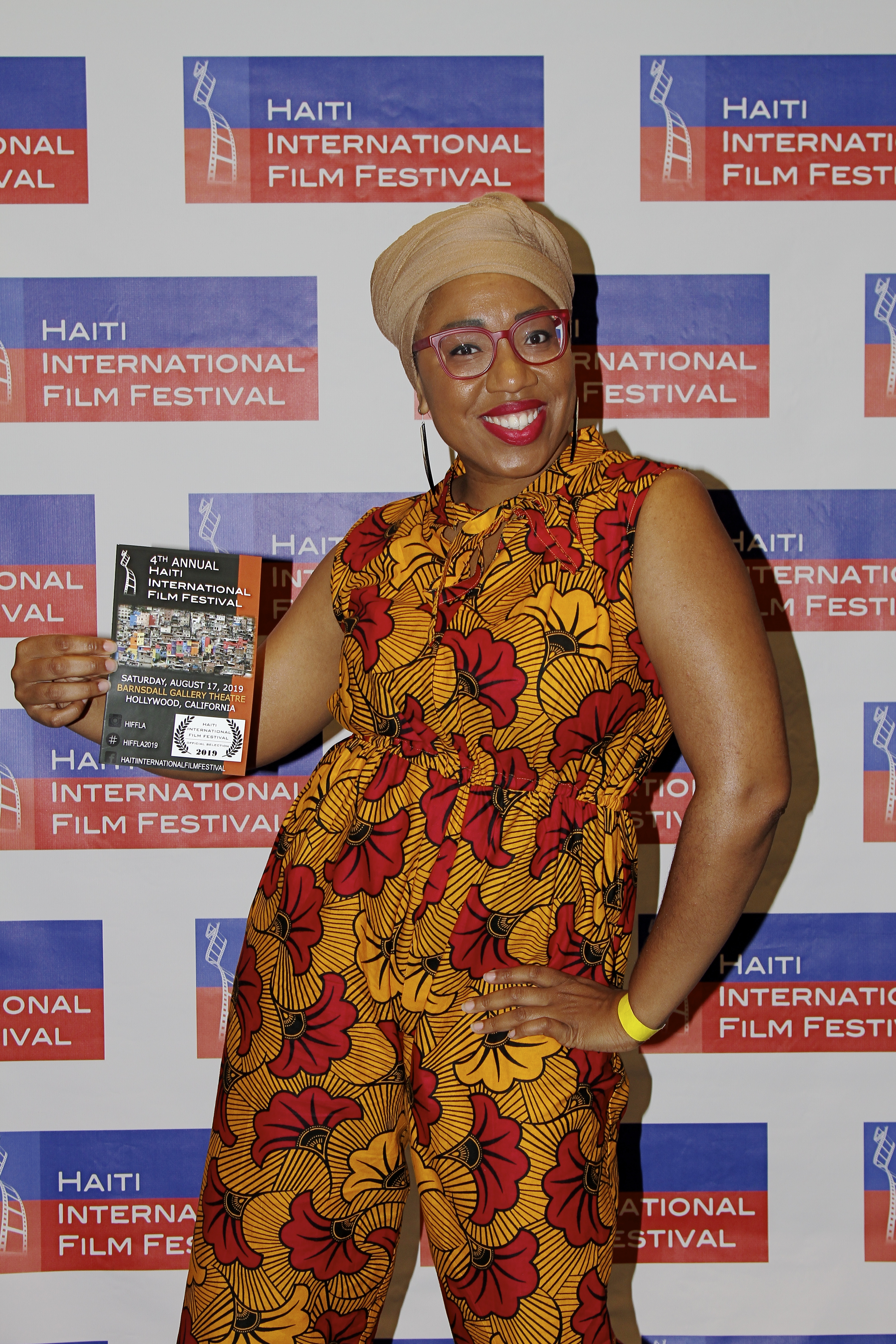 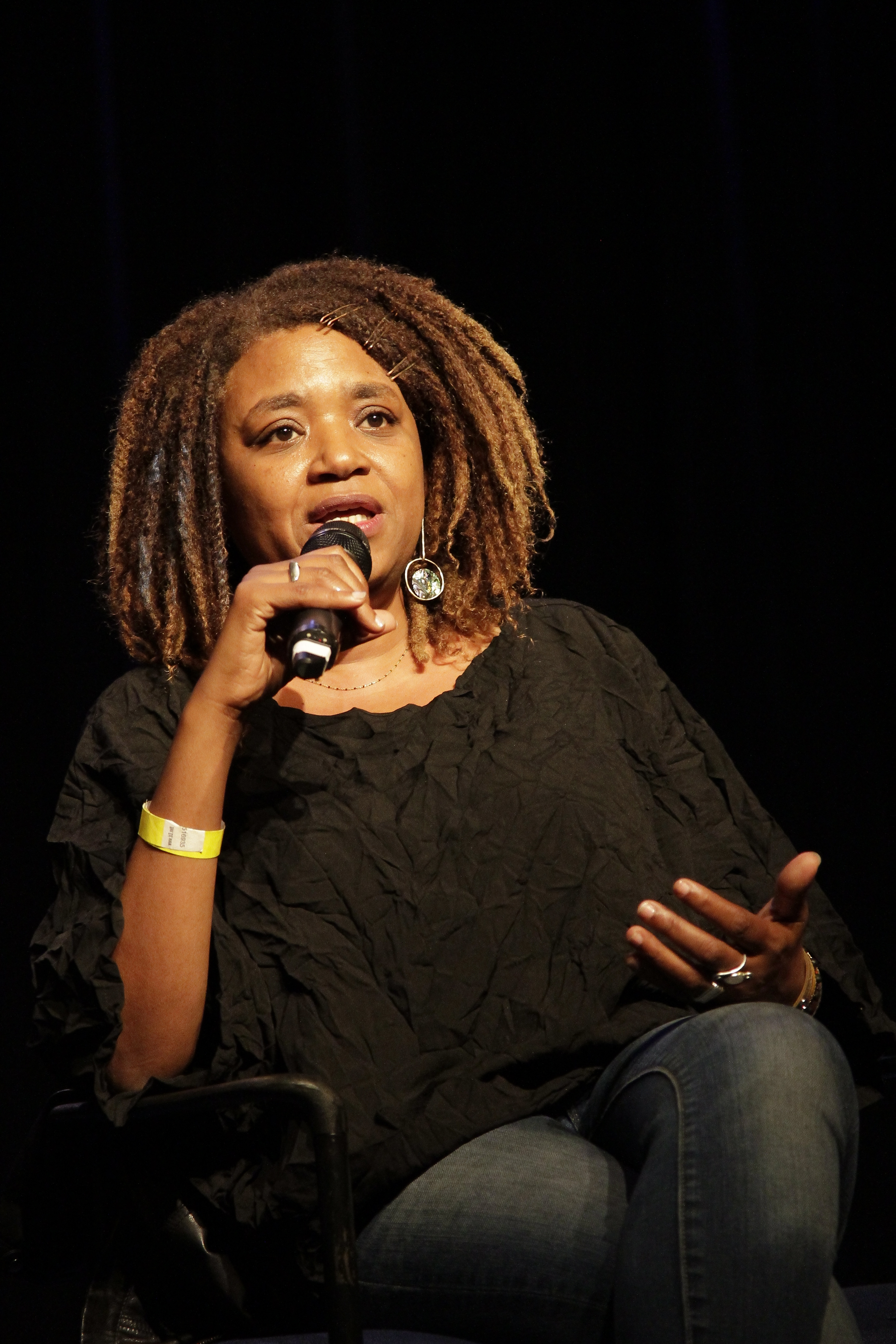 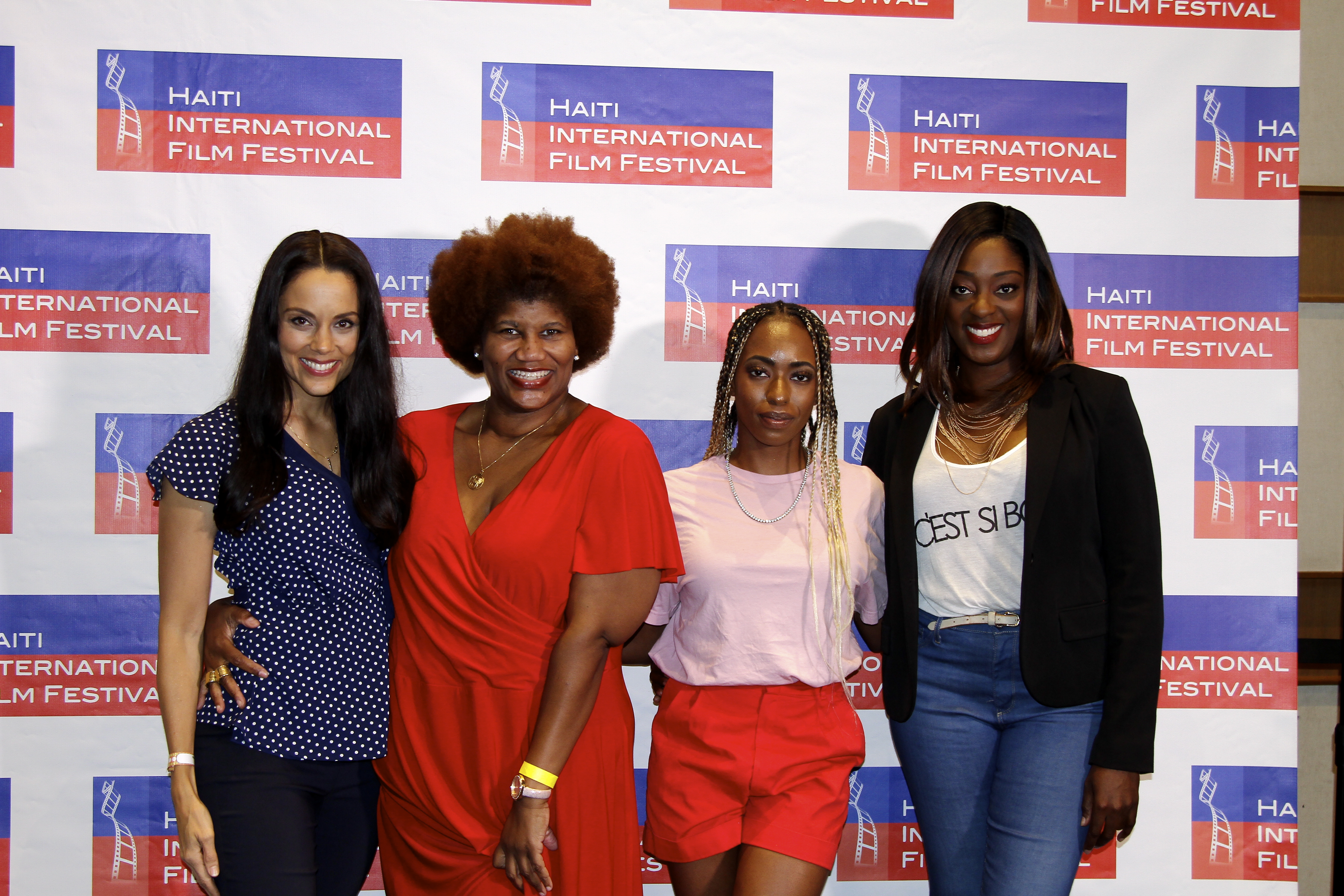 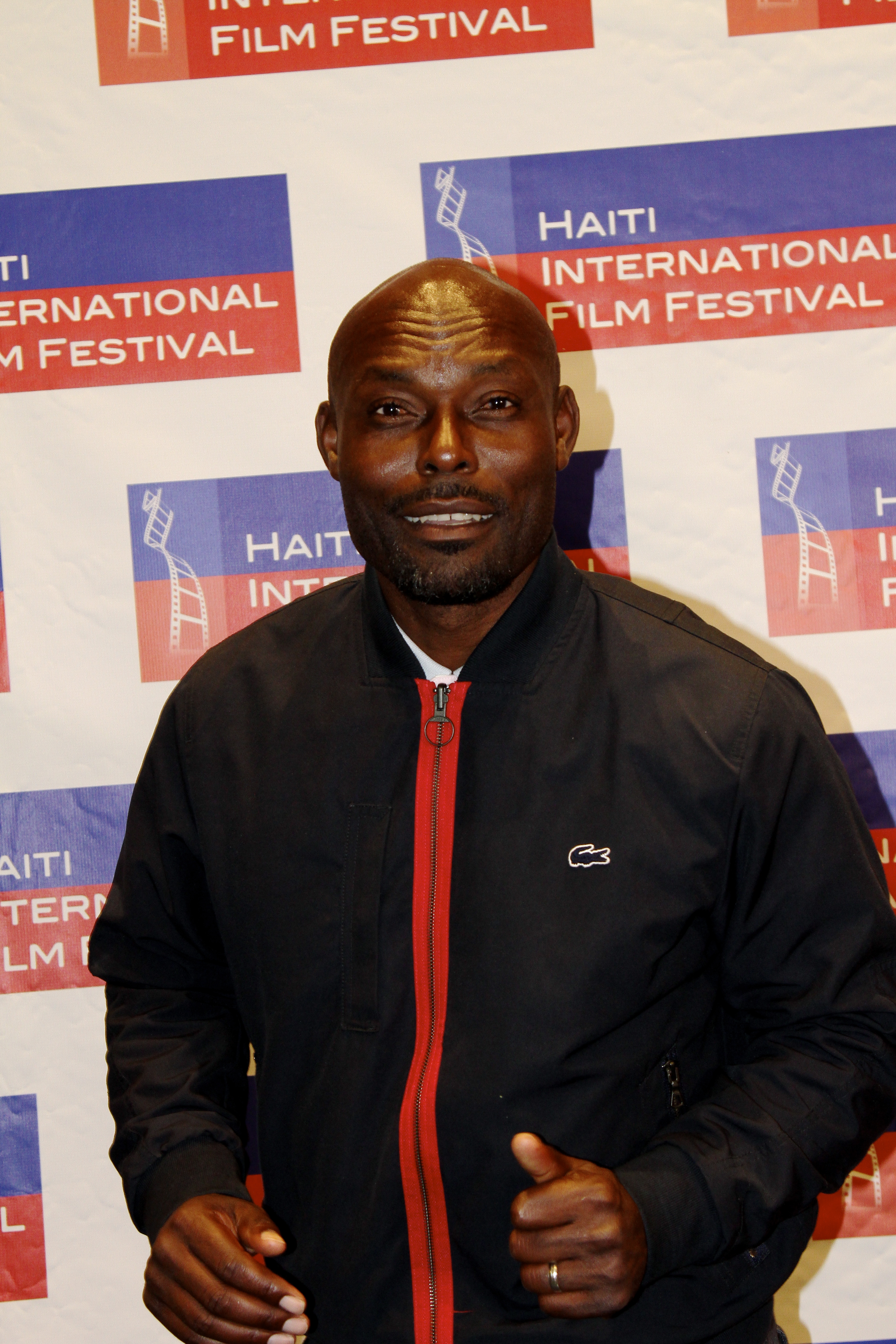 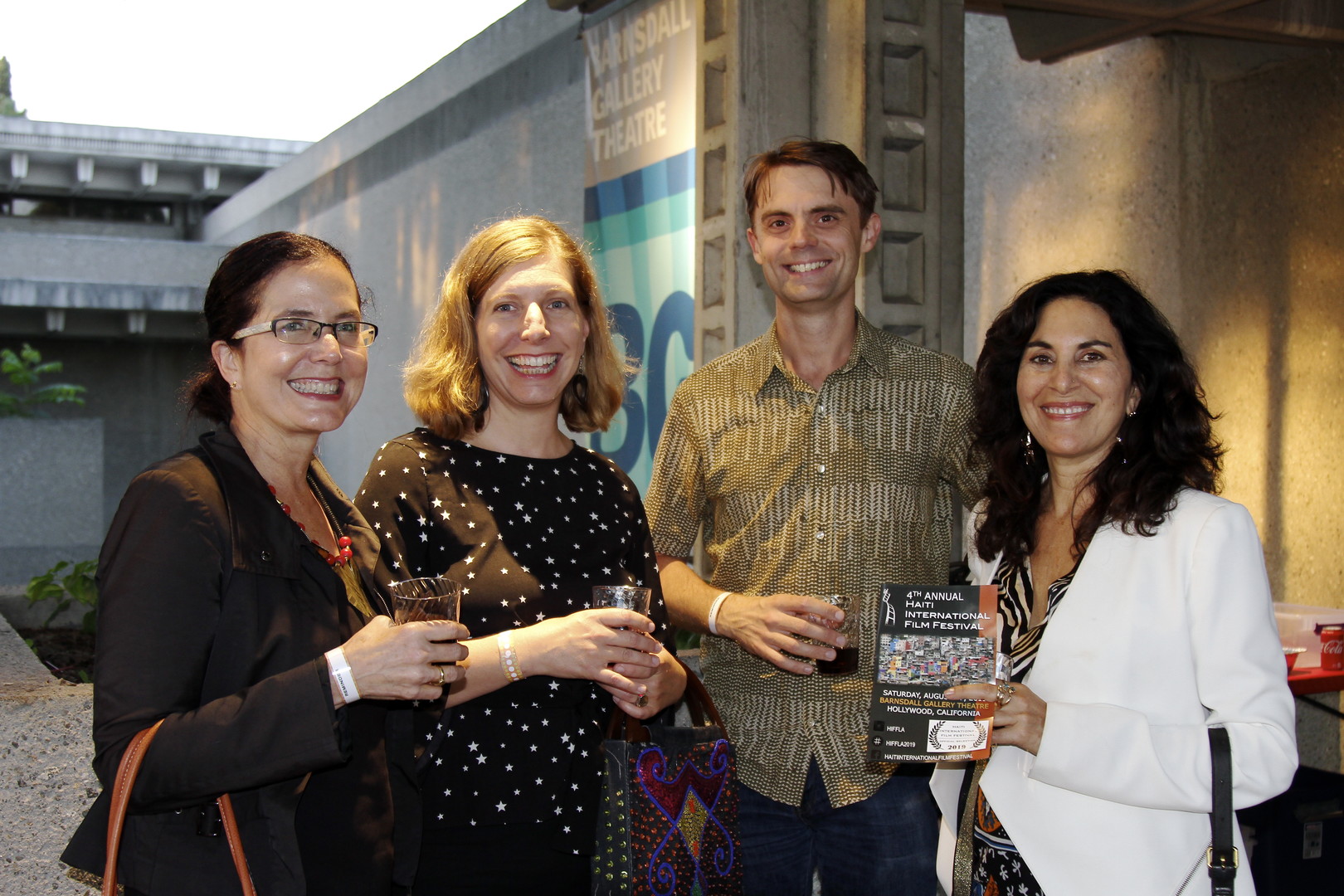 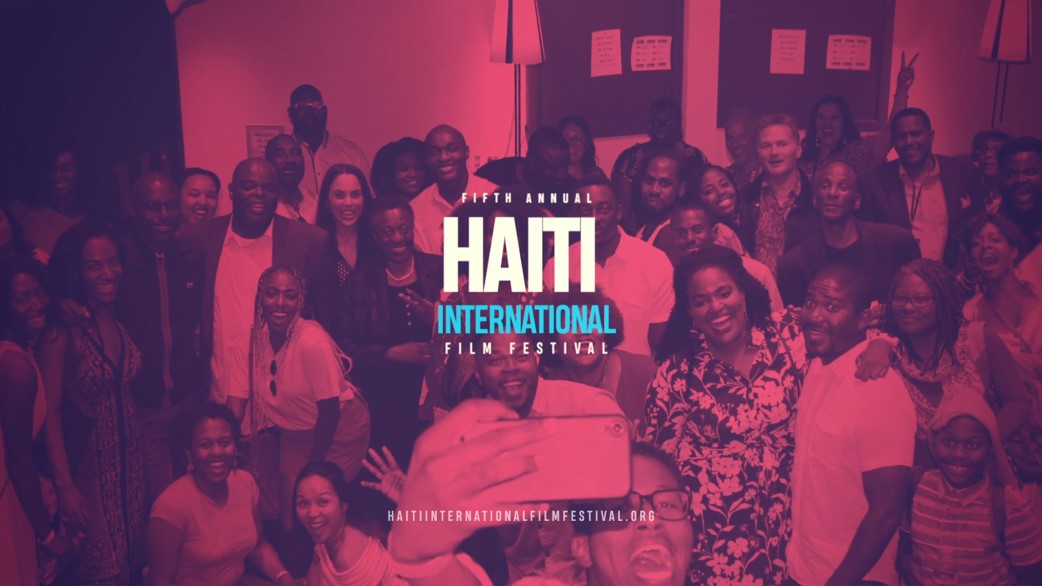 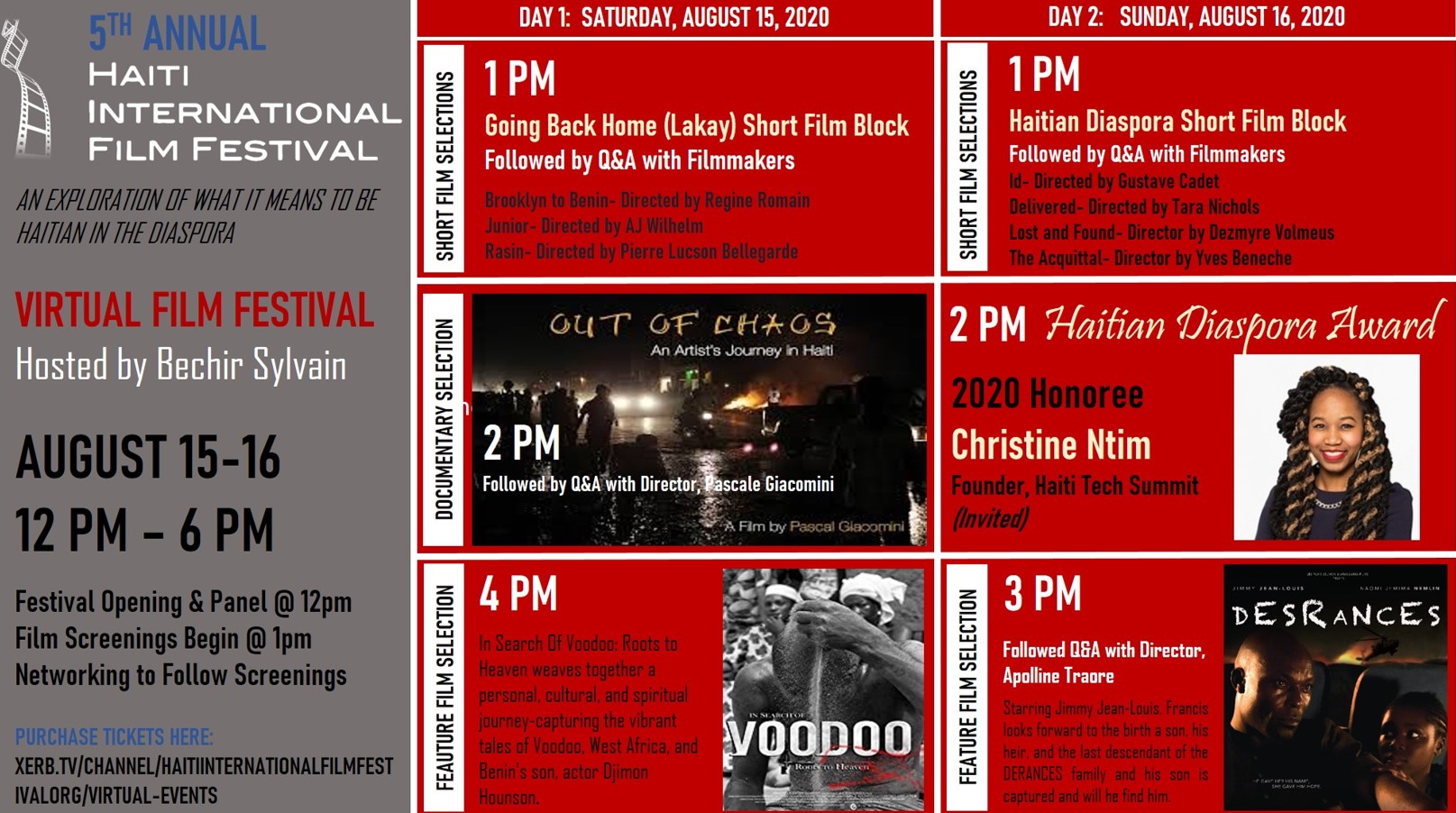