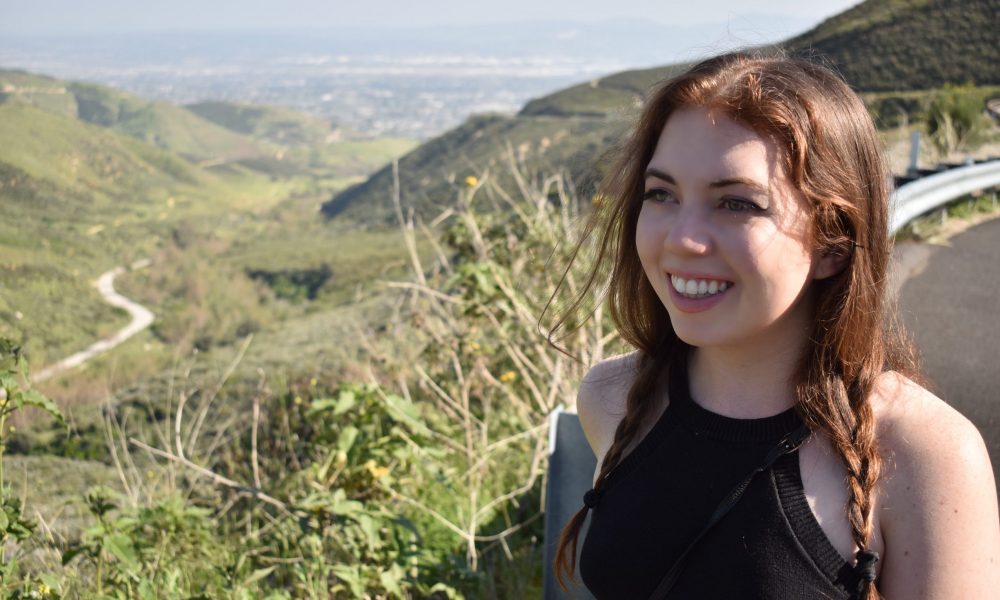 Today we’d like to introduce you to Hailey Hackett.

So, before we jump into specific questions, why don’t you give us some details about you and your story.
Ooof – my story is a bit of a doozy. I was born in Washington D.C. where I did my residency in difficult upbringings and eventually escaped (I mean moved on) to get my degree in Seattle, Washington. I studied Communication & Spanish Language Studies, essentially the most basic-choose-your-own-adventure degree that a gal could get, and it was during that time that I went to my first stand-up open mic. It was a smokey bar with comedians that didn’t seem to care about being good. I am one of those people (to this day) that loves when a comedian is excellent and also loves when a comedian bombs as long as they keep going and dig their teeth into the bomb. I couldn’t get enough of it…I never went up but there was something comforting about watching from the audience and something exhilarating about the idea that one of those nights, I might just get the chutzpah to try my shot.

After graduating college a magical man offered me my dreams in Hollywood, encouraging me to move to Los Angeles, CA as soon as I could, but it wasn’t that easy. Those “dreams” were in pre-production (the magical man offered me a job almost a year later which I’m totally not bitter about at all) and I moved into an artist community space called UpStart where I slept in a DIY Japanese pod hotel (which I affectionately called a glorified coffin) with eight other people in the room and 35 people total living in the house. Since my dream-connect was on hold, Despite the sleeping arrangements, I met a handful of inspiring creative minds and I still hold those friendships close today. One of those artists was a comedian named Aaron McCann who was the funniest person I had ever met in my entire life. For whatever reason, he pushed me to try stand-up, and then when I said no, he threw me in any way.

I used to go to the Comedy Store with him for Kill Tony (a podcast where comedians get one minute to show what they got) and Potluck (the Comedy Store open mic where you have a chance to be seen). One day he signed me up for both and I was pulled from both buckets. I bombed horribly during both attempts but whatever laughs I got was enough for me to dedicate the rest of my life to stand-up comedy. I learned a lot from Aaron as well as other comedians on the scene that saw something in me. I’ve been embracing the bomb ever since and have accidentally (I assure you it was accidental) even gotten good in the last year.

Great, so let’s dig a little deeper into the story – has it been an easy path overall and if not, what were the challenges you’ve had to overcome?
Of course not. Comedy is subjective just like beauty and likability. Some people like what I’m doing and some people don’t. Some people like it when I change up my style and do new things, some people want me to tell the same jokes over and over and over again. Some people want to use the fact that I’m a woman against me, either not booking me or trying to get in my pants in exchange for booking me (which I’ve never done and recommend that no one else does either.) Some people want to give you jokes and expect you to use them on stage when they have nothing to do with you.

My point is everyone has an opinion and wants you to know it. Like any other performative skill, it’s honestly a mental journey in trusting yourself, trusting what you know if right, and trusting the overall process. I’m somewhat new to this world and I think it’s important to be the most absorbent sponge on the market so I can learn from my personal experiences (like bombing seven nights in a row and getting a huge laugh on the 8th night) or picking up some tricks and tips from other comedians’ experiences. At the end of the day, I’m just trying to put the best material that I have in front of audiences to see. And to get there takes a lot of experimenting, repetition, and perseverance.

We’d love to hear more about your work and what you are currently focused on. What else should we know?
I’m a stand-up comedian that flirts with the podcast world (Good Talk with Good People) and the YouTube world (Gathering Under 10). At the end of this long windy road, I hope to write on a show and have a talk show of my own one day. I’ve always excelled at interviewing whether it was for a school paper or my school’s morning news program, I’m insatiably curious and have a way of calming people so they can be their most authentic selves in discussions, even ones that are recorded. I think that this skill is something that will serve me well as I take on more hosting work.

As far as my stand-up comedy, my wit and honesty tend to set me apart. Sometimes that honesty translates in telling jokes about my day and sometimes it’s riffing with the crowd. I put a lot of value in the magic of bringing everyone in the room to the same moment together and building a shared and unreplicable experience. Every day I try to be a little more of myself on stage and the audience appreciates it.

Is there a characteristic or quality that you feel is essential to success?
Hustle. It’s doing the repetitions (going to open mics, doing shows, writing), putting yourself up for opportunities (castings, competitions, hosting mics, running shows), and sheer belief that you can put in the work to get good and get noticed. Part of hustle is also honestly, being honest about the work you’re actually putting in and doing checks ins with yourself and your network to see if you’re getting better and putting you’re all in. It’s easy to hustle by keeping busy with the wrong things (believe me, I’ve been there) but I’ve learned to distinguish opportunities that will keep me busy versus opportunities that will help me grow. That shift makes a huge difference. Can y’all tell I read self-help books yet? 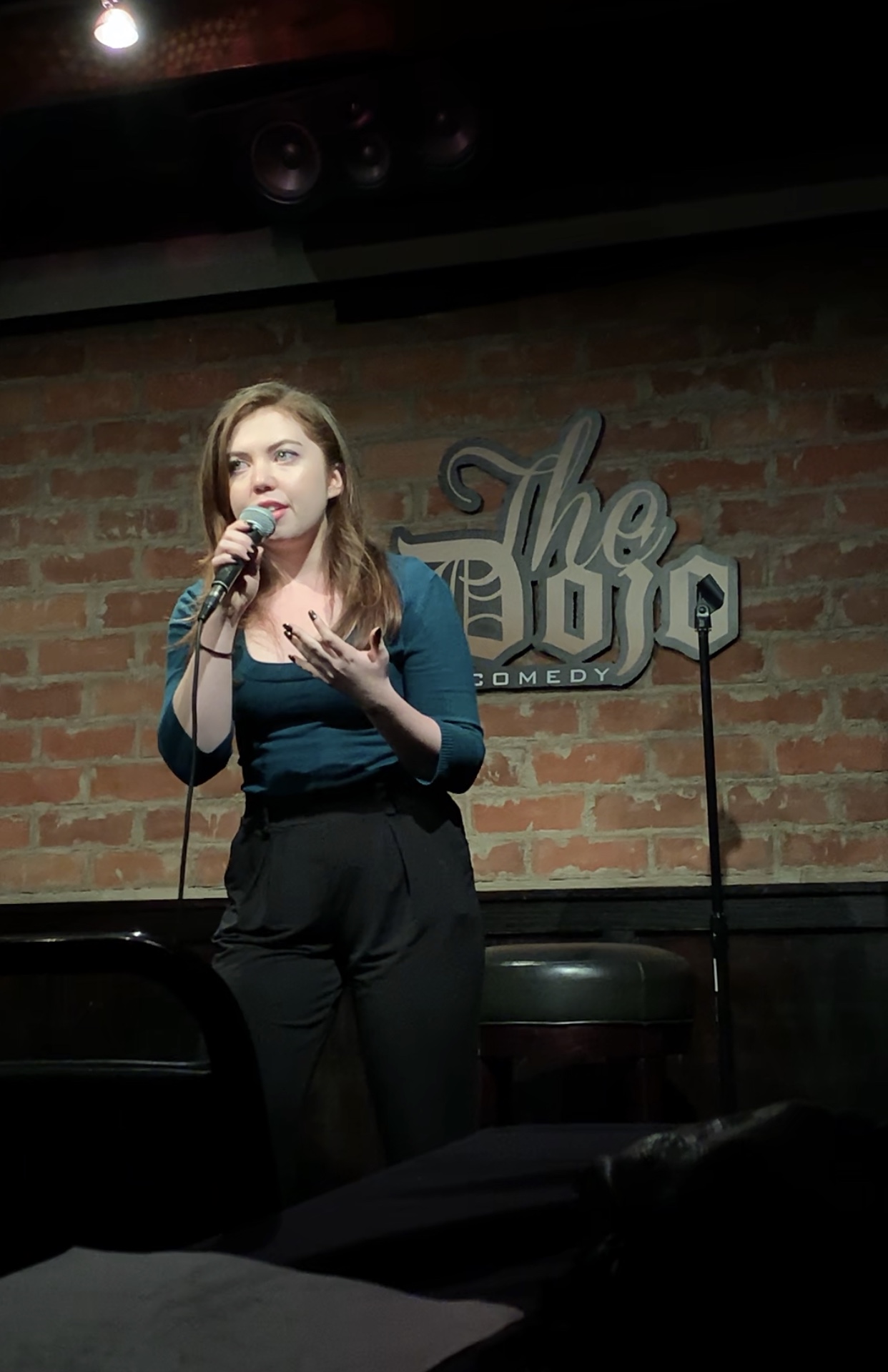 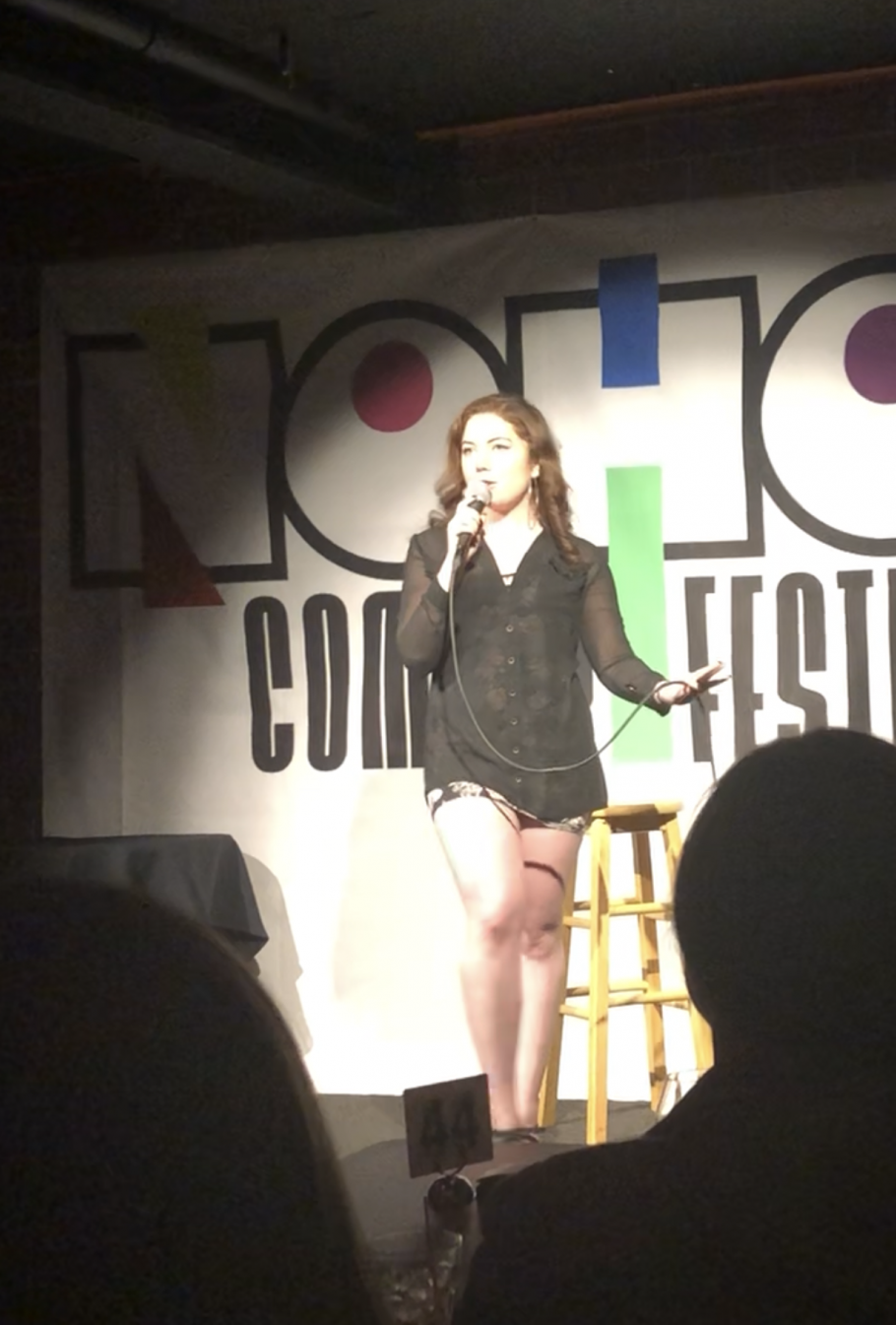 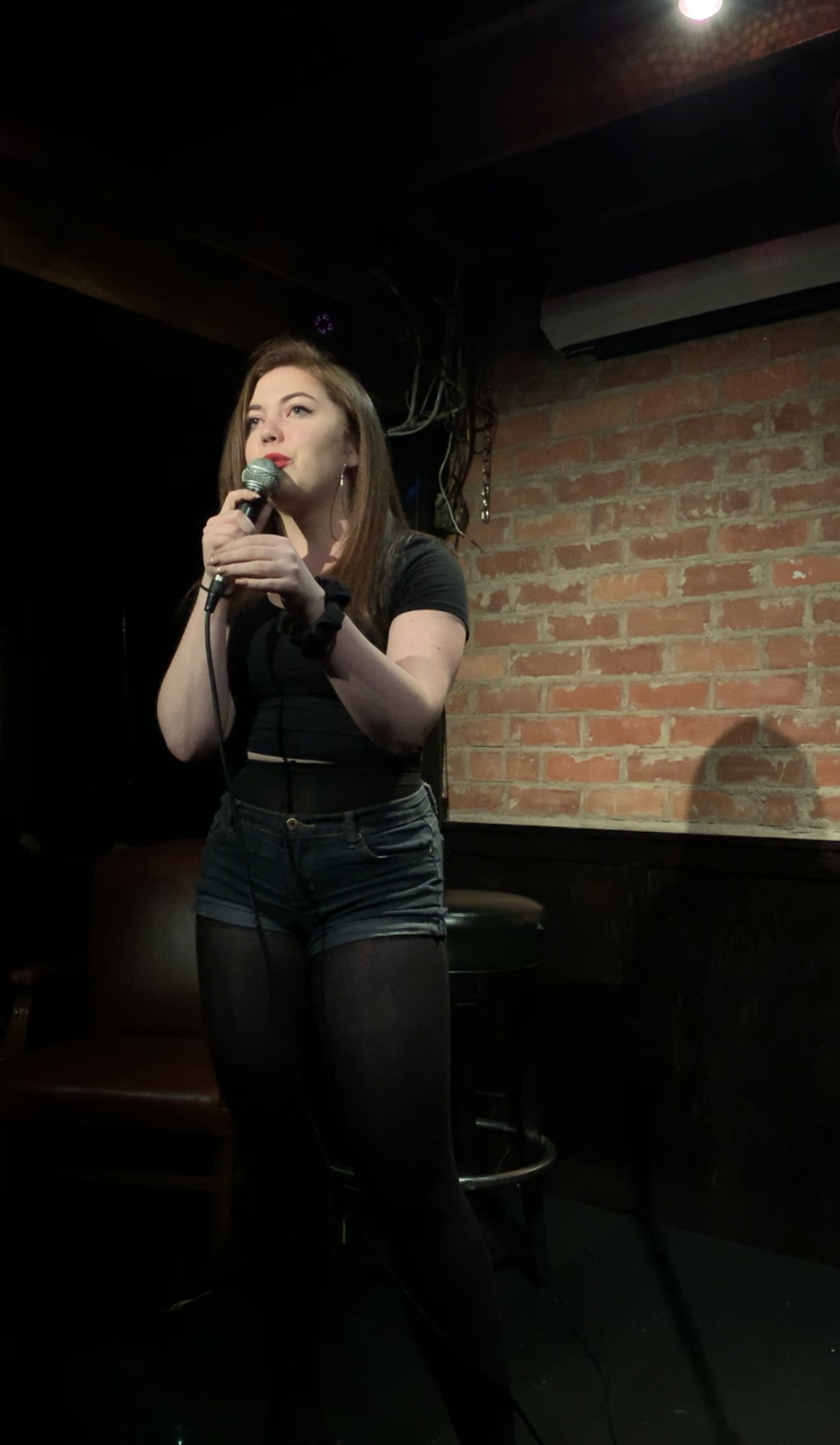 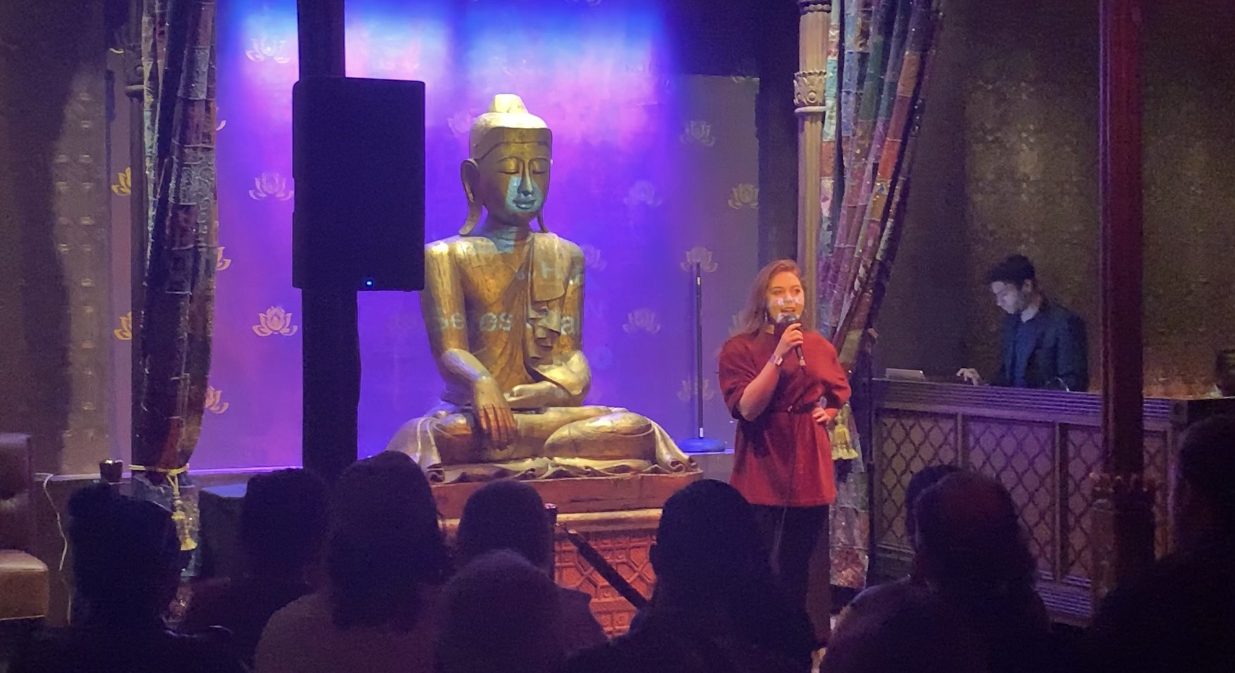