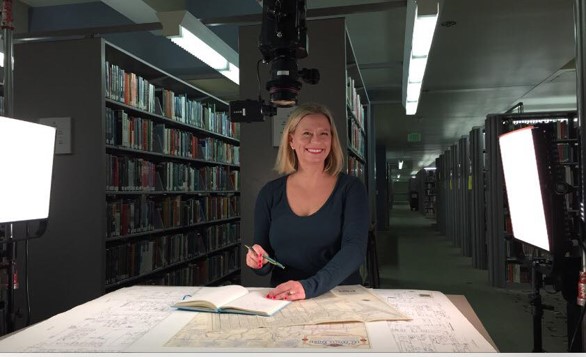 Today we’d like to introduce you to Hadley Meares.

Thanks for sharing your story with us Hadley. So, let’s start at the beginning, and we can move on from there.
I grew up in a tight-knit family in Chapel Hill, North Carolina. Both of my parents are writers, so I was named after Ernest Hemingway’s first wife. My mom is basically a scholar of classic Hollywood movies- and gossip- and my dad loves all things jazz and Frank Sinatra. I also have an honorary Uncle Ed who would leave presents on our doorstep. He always left me history books about British royals that I would scour for hours.

So basically, between that and all of our movie books and my love of performing and excitement- I was sure I was meant to be a movie star! I also always loved walking, exploring and showing people around. Every new kid who came into town I would befriend so that I could play tour guide and tell them all the things I knew.

In college at Hollins University in Roanoke, Virginia- which totally changed my life- I loved to just stroll around the campus and the woods, and the small graveyard. In between exploring and partying I somehow earned my degree in art and film history.

After a lot of hi-jinx that included almost working for a luxury concierge company in my quest to meet Prince Harry (that’s another story- you can read the fictionalized account in my book “Absolutely”), I ended up in LA. I found the city intimidating, but I had a lot of fun and bounced between jobs while singing at the Dresden, taking acting class, and writing short stories.

Then out of the blue, I got a job as the wonderful Amy Poehler’s stand-in on “Parks and Recreation.” Within a week on set I realized- I sure as hell did not want to be an actress. I also discovered my love and knack for non-fiction historical journalism and spent the next few years writing for publications like KCET, bringing my computer to set everyday so that I could work on my articles in my spare time.

With that, I really felt I had found my wheelhouse. I will be eternally grateful to the TV crew I worked with, who kept asking me back even if they had to call me onto set more than one time as I was wrapping up writing a sentence. Those years gave me the opportunity to develop my voice, grow my career, and still make enough money to live a lovely LA life.

Atlas Obscura then asked me to lead tours based on my articles, and more outlets like Curbed, Los Angeles Magazine, LA Weekly and LAist hired me to write for them, and I was off and away. Life’s funny. I thought I wanted to live an out-sized life of glamour and intrigue, but I really just wanted to write about it.

Has it been a smooth road?
I think the biggest challenge as a historian is finding stories truly not told. I am passionate about women’s, LBGTQI and minority histories and, sadly, the obvious archives often just are not there. So, you’ve got to dig a little deeper.

It’s also a continual learning experience figuring out how to present history in a way that is fun and informative- dates and times can bog a story down- and so many people were taught about the past in such a boring way that they don’t care.

History is for everyone, every era has its own perspective and information on what happened, and half the fun is seeing how different people interpret the facts they have in front of them. Make it relatable, make it human, make it fun- sometimes that is easier said than done!

We’d love to hear more about what you do.
I am a journalist specializing primarily in Los Angeles history. I also lead tours for Atlas Obscura and Cartwheel Art, give lectures, and occasionally appear on TV as a talking-bobble head on HISTORY, Investigation Discovery, and KCET. This spring my podcast, Underbelly LA ( TableCakes Productions), will be debuting, so folks can hear my creepy low voice whenever they like.

Let’s touch on your thoughts about our city – what do you like the most and the least?
I have absolutely fallen in love with Los Angeles through my work. Writing histories of LA, leading tours, exploring nooks and crannies, I have come to have an enormous respect for the City of Angels, and what it represents to people all over the world.

Sure, it’s a sunny place for shady people, but it’s also a shady place for sunny people. You can reinvent yourself in LA, but that doesn’t mean you are going to make it. But the fact that this city is full of interesting, passionate, quirky people that are willing to try makes for a magical life.

I also am endlessly thrilled by the never-ending space in LA, the endless neighborhoods to explore, the diverse people to meet, the beautiful mountains, the long beach, and the gritty enclaves. 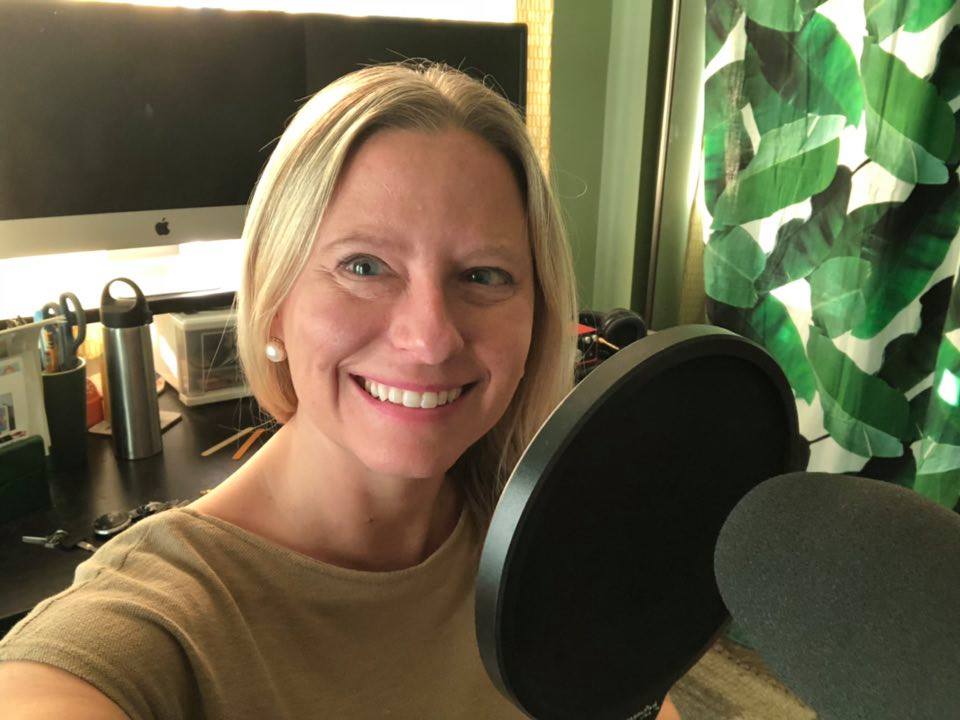 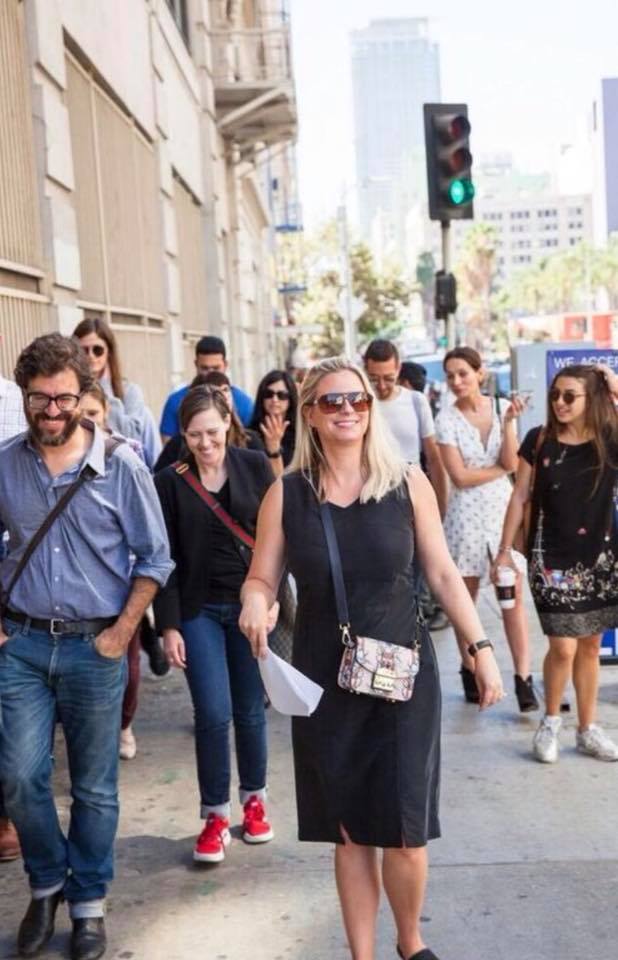 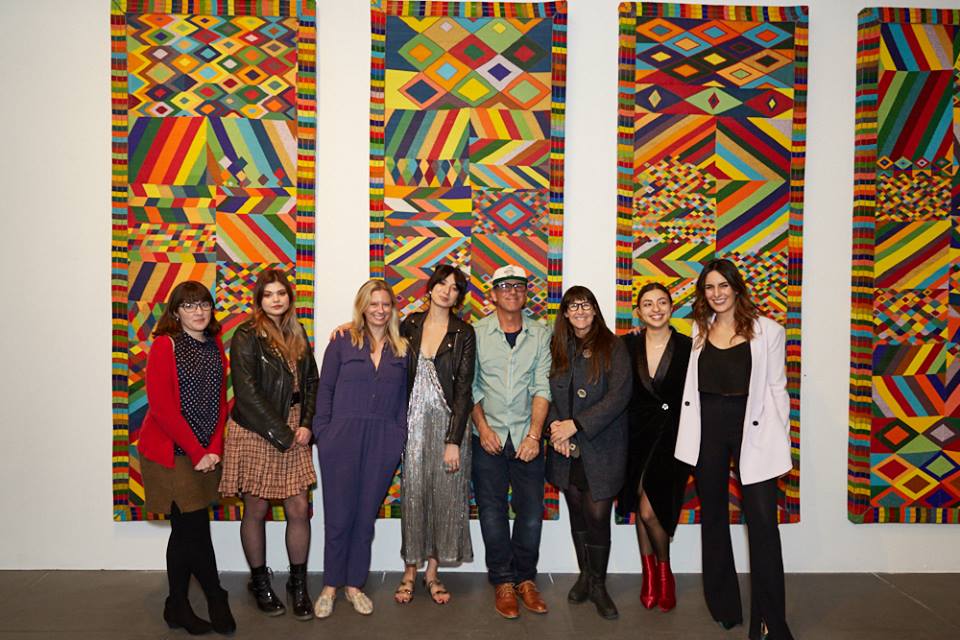