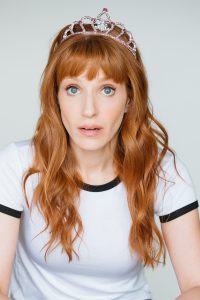 Today we’d like to introduce you to Gwen Hollander.

Gwen, we appreciate you taking the time to share your story with us today. Where does your story begin?
I was born and raised in Miami, FL, and have been into the arts for as long as I can remember. I think my first experience with live performance was in 1st grade when I started competing in Odyssey of the Mind (a worldwide creative problem-solving competition that has a writing/performance component). I think that’s when I was first bitten by the acting bug, but it wasn’t until I saw the touring production of “Phantom of the Opera” when I was 13 that I knew I was going to be an actor. I started taking voice lessons immediately (and also kind of snail-mail-stalking the guy who played the Phantom, who was incredibly kind and sent me many autographed photos that are still hanging in my childhood bedroom… I was totally that kid). I went on to study musical theatre at an incredible performing arts high school in Miami (New World School of the Arts), and I also started working at one of the amazing local theaters (Actors’ Playhouse in Coral Gables).

Around the time I started high school, I began bugging my poor parents to let me look for an agent, and pretty soon I was auditioning for all the Disney and Nickelodeon stuff that was shooting in Orlando, and I got my first 2 TV jobs while I was in high school. I went to a college conservatory for musical theatre, but I left after one semester and moved to NY at the age of 18 — I knew NOBODY other than the two people with whom I was sharing a studio apartment (and I really only knew one of those people when I first got there!). I was there for six years, working regionally and touring, and after a year with the Broadway tour of “Little Women,” I decided to spend some time in LA. Then, while doing a show at Barrington Stage in the Berkshires, I met a guy (who’s now my husband of almost six years) and I moved back to New York. And then about five years later, we both moved to LA! (I honestly can’t believe how many times I’ve moved myself across the country. I’d like to think I’m done, but who knows???). Since moving here, I’ve been working in film and television, creating my own content, and doing some theatre here and there whenever I can!

I’m sure you wouldn’t say it’s been obstacle free, but so far would you say the journey have been a fairly smooth road?
Oof. I would definitely not say it’s been a smooth road! But that’s what makes it interesting, right? RIGHT?!? (I mean, that’s what I continue to tell myself!). There have been all kinds of struggles: personal, professional, and everything in between. Personally, I have always struggled with depression and anxiety, which really throws a monkey wrench into all areas of my life. My mother passed away ten years ago after a brutal cancer battle that began when I was little, and I deal with some PTSD associated with that (her passing, of course, but her illness when I was little is the really insidious bit that I’m currently working through in EMDR therapy… which, by the way, I highly recommend to anyone dealing with trauma!). That may be TMI, but I like to talk about this stuff whenever I can, with the hope that it helps people feel a little less alone in these feelings and possibly removes a tiny bit of the stigma attached to mental health struggles.

In addition to all that, there have been all the usual heartbreaks associated with this business: there was the time I was about to make my Broadway debut stepping into “Little Women” and the show closed two weeks before I was set to begin, there are the many shows I worked on throughout development and was then replaced with a “name,” there’s the constant impostor syndrome that plagues so many artists… I also struggle a LOT with comparison — looking at what other people are accomplishing and feeling like I’m falling behind or just not doing enough. I know I’m not alone in that; social media has made it very difficult to keep your eyes on your own page since everyone else’s page is literally in your pocket all day. I’m trying to be very aware of how I’m interacting with social media, but it’s hard because it’s everywhere; it’s so easy to fall down that rabbit hole and land in a pity party! But all we can do is try!

Can you tell our readers more about what you do and what you think sets you apart from others?
I’m obsessed with comedy, and I always have been. I started watching SNL when I was six (which is questionable, but anything truly inappropriate went right over my head!), and I was just instantly in love, particularly with sketch comedy. I also loved Weird Al when I was little, and to this day, one of my favorite things to do is write song parodies (I recently started filming them and have had several of my videos featured on Whohaha!). I’d say I’m proudest of those projects, the ones I’ve made myself. I also wrangled a bunch of my friends together early on during lockdown and created a series of parody videos (with people and puppets) called “Avenue Q(uarantine),” and we raised a lot of money for Covid relief through the Actors Fund. I also co-write and perform in “The Astonishing Show Show,” which is a musical variety show featuring magic and puppets. It’s weird and wonderful and I’m so incredibly proud of it. We had our last show the week before everything shut down, and we’re hoping to bring it back as soon as we can!

What were you like growing up?
I was a bizarre combination of incredibly silly (I was once voted “weirdest” in the end-of-year awards for my girl scout troop and I couldn’t have been happier) and incredibly serious (straight A’s, always, except for a C in handwriting in 1st grade and a B in PE one time… I cried if I got a B on an assignment, and it was all me; there was no pressure coming from my parents or anything. I just needed to be “perfect,” which I now recognize as my need to control anything I could possibly control when so much was out of my control in the context of my mother’s illness). I wanted to be a music therapist when I was a kid, as soon as I found out there was such a thing. I wasn’t shy… but I was scared and insecure, and I used comedy to push through that. 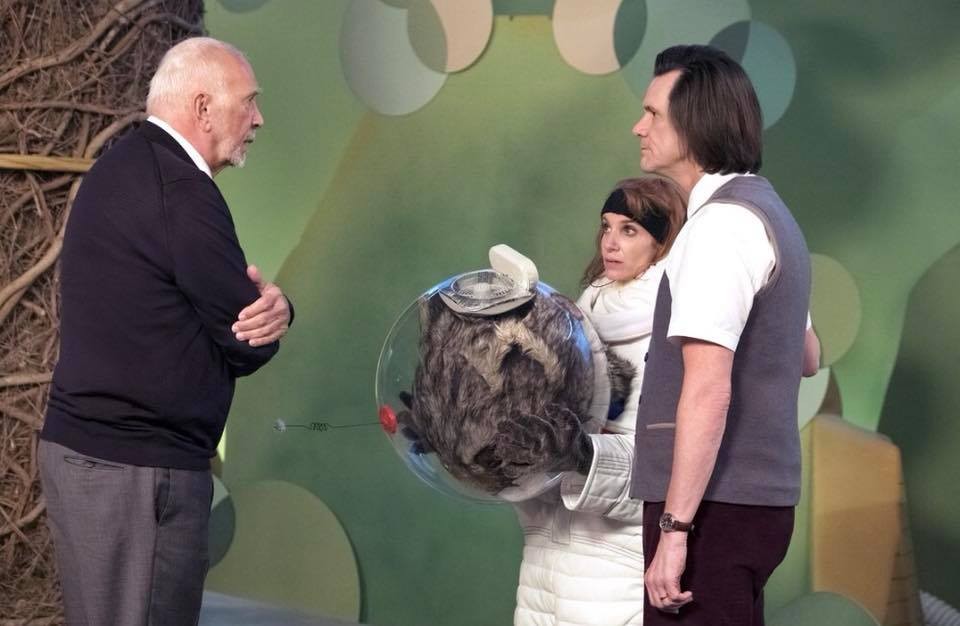 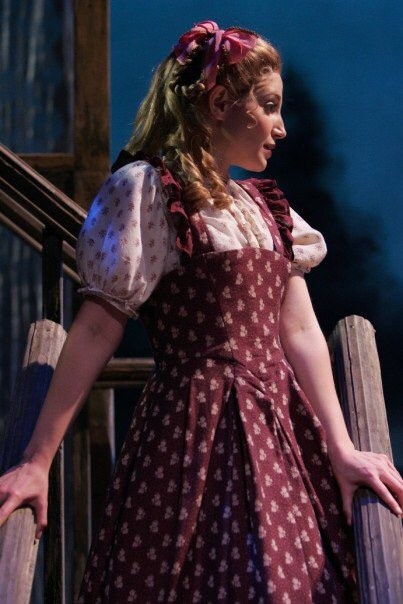 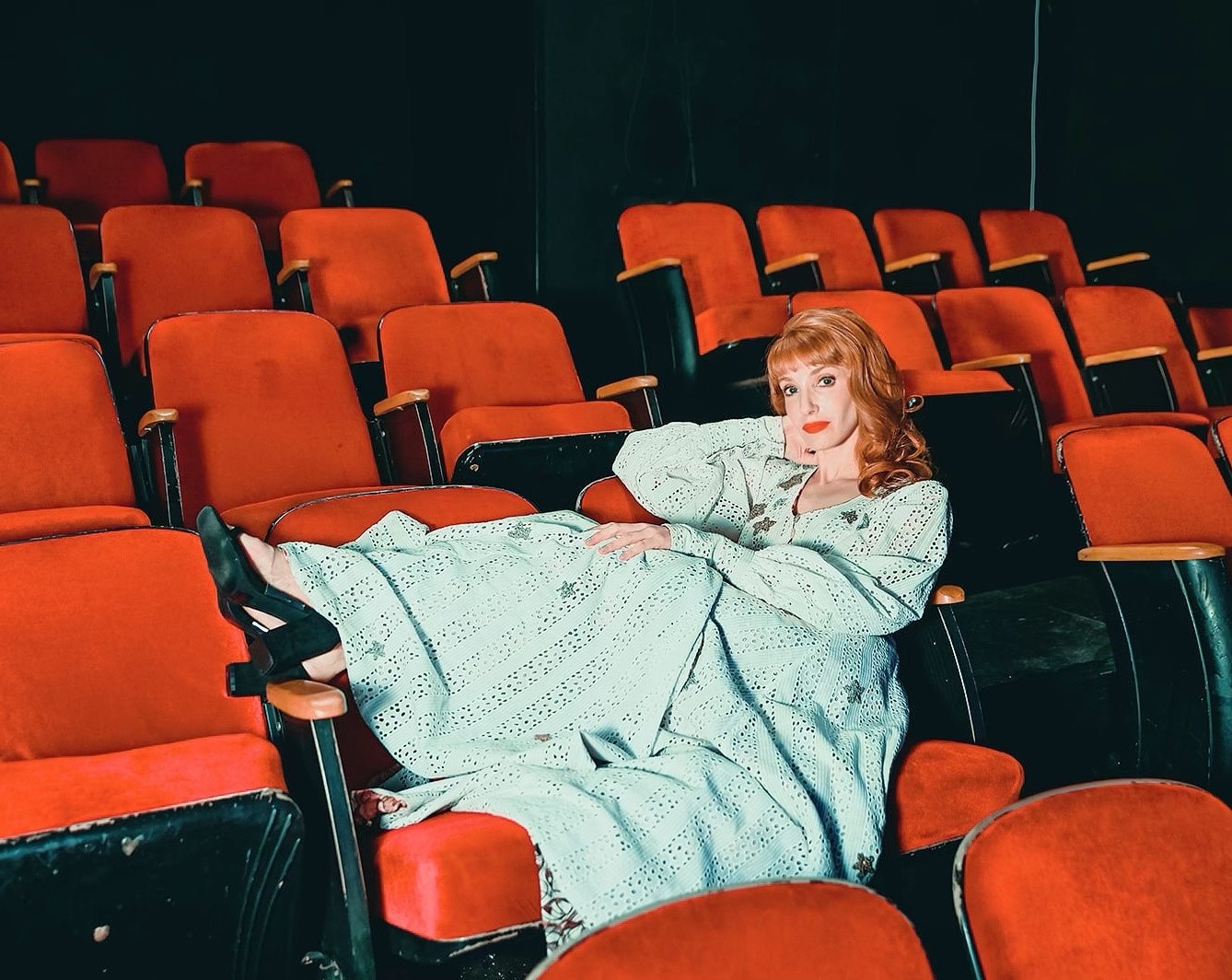 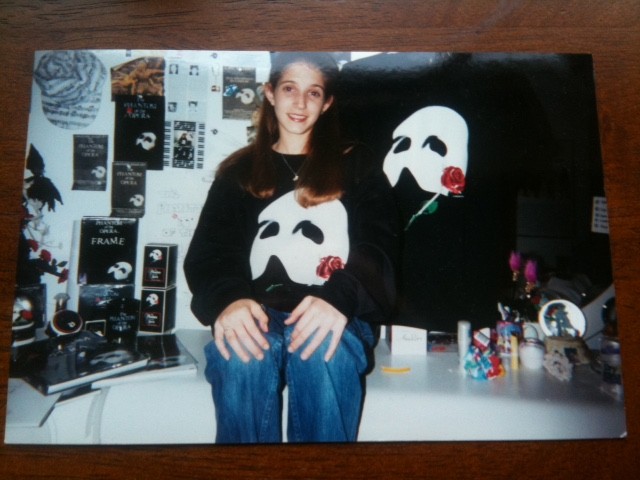 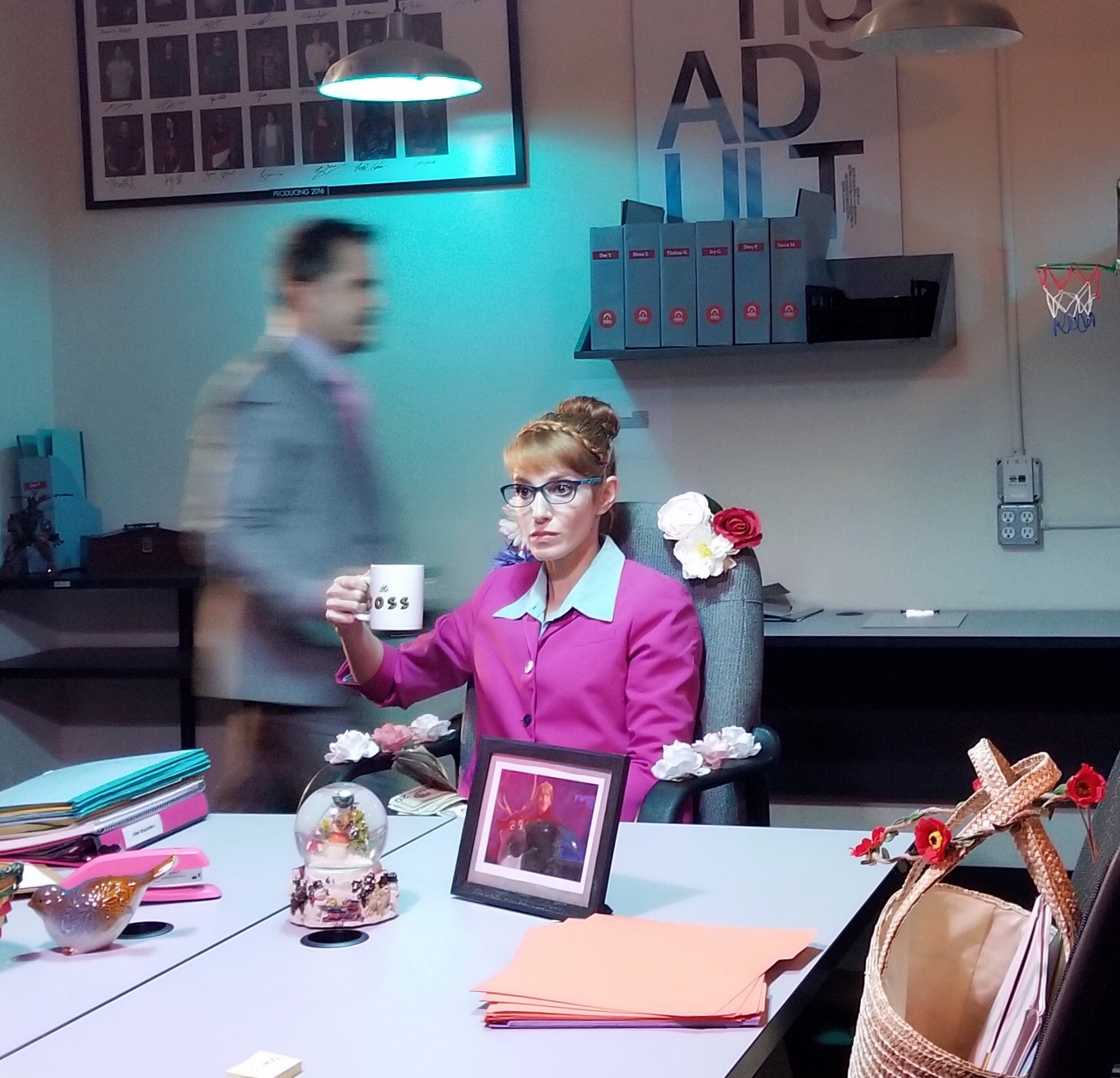 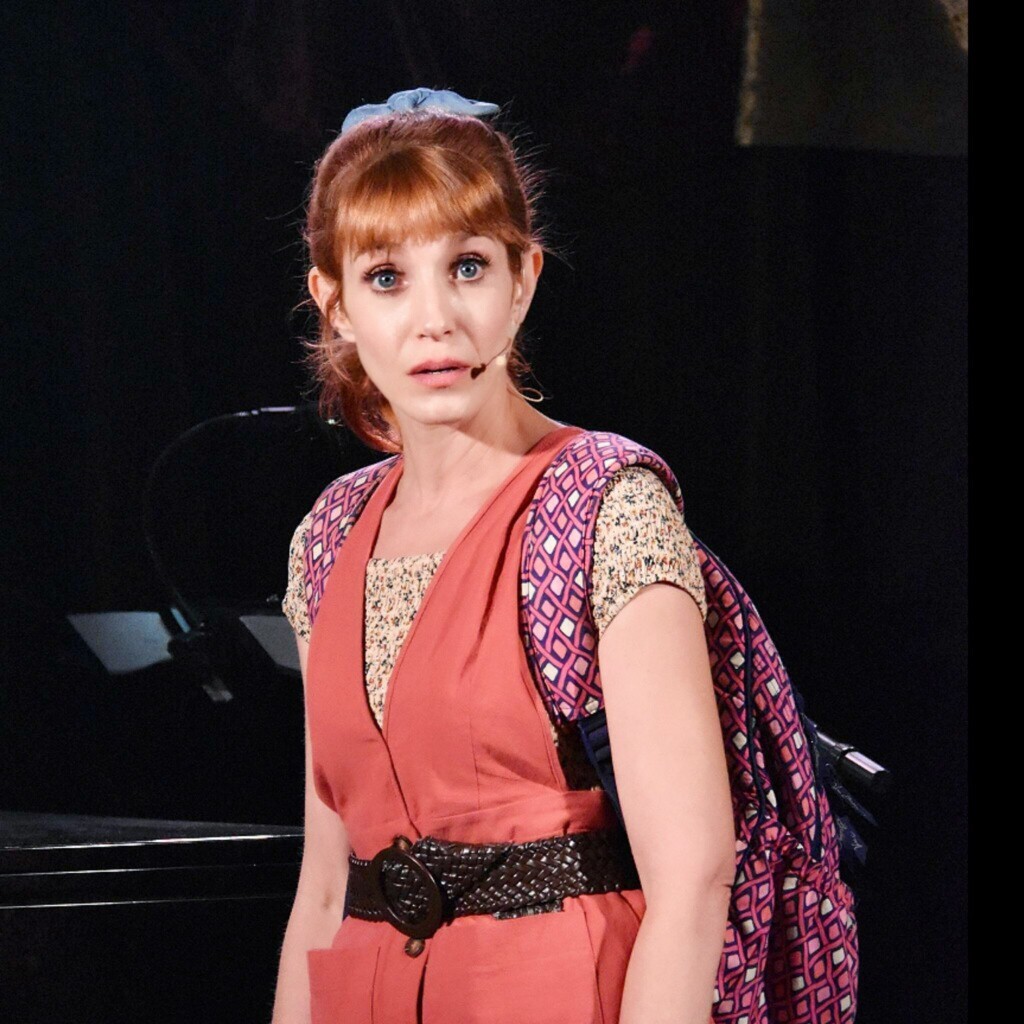 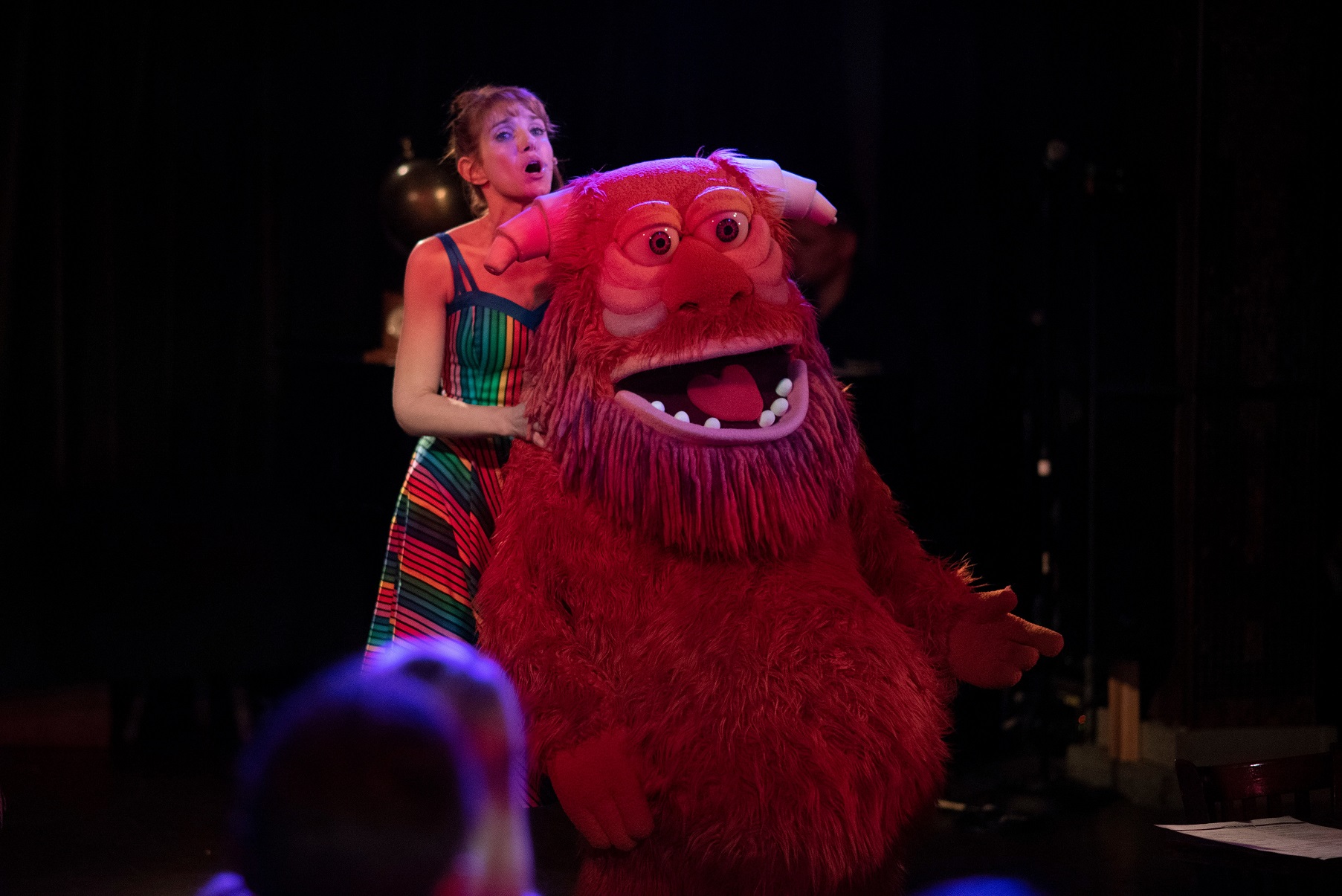