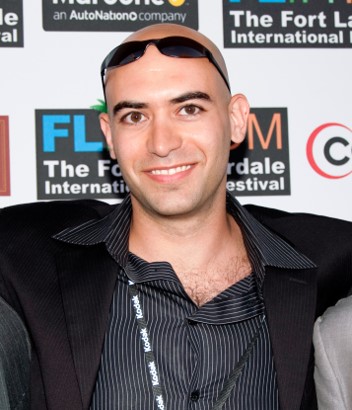 Today we’d like to introduce you to Guy Shahar.

So, before we jump into specific questions about the business, why don’t you give us some details about you and your story.
Basically, Lauren Harkness and I started The Tantra Institute in New York last year (we’ve studied many many different modalities of connection), with the mission to foster more conscious connection. We offer classes and private sessions on relationships, masculine and feminine dynamics, anatomy and arousal… basically how to connect with yourself and your partner in a holistic embodied way. Because you know, there isn’t much education offered in the area of relationships, or even basic listening or communication skills. Many of us don’t have positive role models for a relationship. And, we’re all at the effect of our upbringing, culture, conditioning and what have you. So, we grow up with very divergent ideas on what relationship is, and we’re often missing positive role models to a template.

Tantra is a philosophy of connection, bringing conscious awareness to who you are and what you do. It can be used in many contexts. We wanted to make it more accessible in a really down to earth way, not “woo woo” as they say. So, we took some basic concepts of human connection, built them into bite-sized pieces, and then presented them in the format of a traditional Puja circle. Everyone spends a minute or two in each Puja station doing an exercise together. There is a matching ritual at the end of each station and that is what makes it a speed date. That’s how Tantra Speed Date began.

We’re always bombarded by how great it is to pursue your passion, etc. – but we’ve spoken with enough people to know that it’s not always easy. Overall, would you say things have been easy for you?
Really the most challenging part of this journey (besides me being in a different city every day and basically living in airports and planes) is that people don’t really know what “Tantra” is. And, every now and again, I run into someone who asks me if we do weird stuff like take off our clothes or something. I mean, it’s a speed dating event. Who thinks that??? It just goes to show how misinterpreted the word “Tantra” can be.

The problem is that Tantra has been around for 5,000 years, and at this point, there’s been so many different types of Tantra and so many different lineages, that it means just about anything to anyone. In fact, “Tantra Illuminated” is an entire book by Christopher Wallis dedicated to tracing back the roots of Tantra. So when you say you practice Tantra, it’s kind of like saying you listen to music; the next question people want to know is “what kind of music do you listen to?”

So, what is our definition of Tantra? It’s about connection. Oneness. Seeing the divine in yourself and the other. To put it in the context of Tantra Speed Date: when standing in front of each of your dates during the event, you simply aim to see the best in each other. It’s that simple. Of course, we create an environment where people feel safe, and then their best selves naturally come to the surface. It’s such a positive and engaging way to meet someone.

So, redefining the word from what some popular cultural references seem to think it means to how we refer to it for the ceremony has been the greatest challenge. And, just so we’re clear – and sometimes, I can’t believe I actually have to say this – there is no nudity at Tantra Speed Date. The exercises are non-sexual. They are all based on basic human connection. They range from actor’s improv games, dance, light partner yoga, verbal exercises in diads, eye-gazing, etc. All the exercises are completely optional by the way. We have a whole section about consent in the beginning and we go over the ins and outs so everyone feels safe to participate at their own comfort level.

I think this is why people really love the event. You should see their faces at the end of the night. People so much want to connect and they’re pleasantly surprised with how easy it is. So many people have said some variation of ‘I was so nervous when I got my ticket but now I feel so comfortable with everyone.’ And that part –being able to witness that connection and transformation — I tell you, that has been a pure joy.

So, as you know, we’re impressed with Tantra Speed Date created by The Tantra Institute – tell our readers more, for example, what you’re most proud of as a company and what sets you apart from others.
We teach many classes at The Tantra Institute, which you can learn about here: https://tantrany.com. Tantra Speed Date has become one of our most attended events and is now in 12 cities and quickly growing.

What sets us apart?
Regular speed dating events provide an opportunity to meet people: The way they typically work is: you get x number of minutes to talk to each partner, and when those minutes are up, you move on to the next. But, there’s no structure to those minutes, no guidelines on how to connect or what to talk about, no support in relationship roles or relationship dynamics, and everyone’s in a different state.

At Tantra Speed Date, it’s different. You have structure; you have a model for what healthy relating is. You’re having fun doing an exercise while also learning a relationship skill — often without even realizing you’re learning.

So, this is how it works: you have 1-2 minutes in each station. There can be up to 24 stations (24 possible “dates”), and each one is different. During the station, both of you: 1) learn a new skill, 2) get to practice that skill through a fun exercise, and 3) the whole time you’re getting to see how you both react and adapt to the exercise, and if you have chemistry. It’s quite efficient at getting to really know someone. And it’s fun! When I look around the room during the event people are smiling, laughing, enjoying navigating each station with their partners.

I’m not aware of any other speed date (or any other dating event for that matter) that templates healthy relationships. Or one that teaches any positive relating skills, not to mention in such a fun way. And this is probably our key differentiator. And frankly, this type of education is–I believe–very clearly needed in our world today.

What am I most proud of?
This event has been my greatest teacher. As it has evolved, it has been showing me that it is more than just a speed date. Meaning that it is about more than just who you meet in the room. It’s about learning to connect with each other and bring mindfulness to our relationships. And that’s even more valuable if you’ve never had healthy relationship models.

We had one woman in New York who connected with quite a few men at the ceremony. But she never contacted any of them. Because right after the event, she went to her friend’s birthday party and met a man there. That man was like “who is this woman, there’s something about her, she’s glowing!”

And she told me the reason she was glowing was that of the positive interactions she had with all of the men in the ceremony.

It blows my mind that what started simply as a speed dating event can have the effect where it allows people to attract a partner even outside the event. And you know, what she’s referring to, we teach the men how to hold space, how to be grounded and present. One man actually said after attending the event, “I now feel that I have a much deeper understanding of what it means to be a man in a relationship and how to make dating a beautiful experience.” It’s quite beautiful to see men and women connect in this way. Especially with what’s going on now. And, of course, now, we’re working on a Queer version of the event too.

So, I love hearing the testimonials and the success stories from attendees. Some couples that have gotten together are now asking me to create a “couples” version — which I want to do. Of course, I keep tabs on the couples and I actually think one couple that met at Tantra Speed Date — I think he’s going to propose, I can just feel it. I won’t say more than that!

So, what’s next? Any big plans?
We’ve had a lot of support for Tantra Speed Date, as well as our other events.

First and foremost, Tantra Master Charles Muir (The Source School of Tantra Yoga). I had unknowingly bought a Tantra video when I was 15, and I didn’t really look at who made it. And decades later, when I studied with him, I saw a DVD cover in his store and recognized it from my youth! So, it turns out on some level, I was his student before I even knew it. He’s 70 now and has been teaching Tantra for over 40 years and yoga for over 50. I’ve been very impressed with his Puja ceremonies (it’s something he’s known for) and that has been one of the influences in the creation of Tantra Speed Date.

Other than that, I’ve done a lot of study in many modalities and areas of connection. There are even some aspects of my film background that play into this — of course, we’re in LA, so it feels obligatory to out that I’m a SAG and WGA member. I haven’t worked in the business since Tantra Speed Date, but I’ve always been passionate about the story. The ceremony unfolds in a very deliberate way and the structure of it I very much think of as scenes in a screenplay. That’s probably too abstract–especially if you haven’t attended the event, but I know my penizens out there know what I mean. We really take the attendees on a journey.

And the acting part. Acting is all about staying connected to your partner. Staying present. That’s been an element in many of the stations.

At any rate, I could go on and on. It’s a really beautiful creation and it’s so fulfilling to bring so many facets of myself to it. I hope you get to experience it for yourself!

Thanks for offering us the opportunity to do this interview. I really enjoyed answering the questions.

All dates in all cities (12 as of this writing): http://bit.ly/2HMIyNp

All other Tantra Institute events (mostly in New York): http://bit.ly/2FboNcT 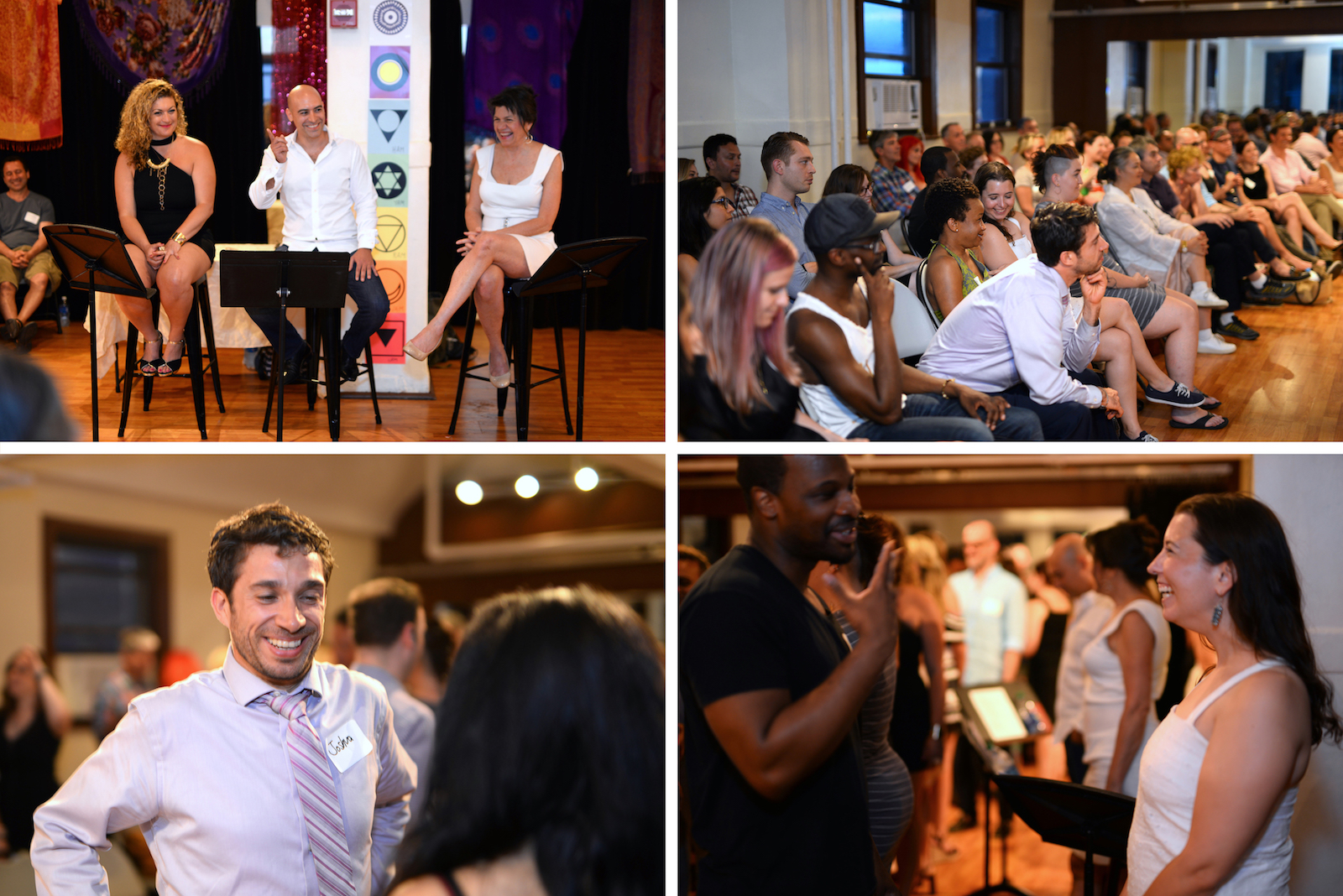 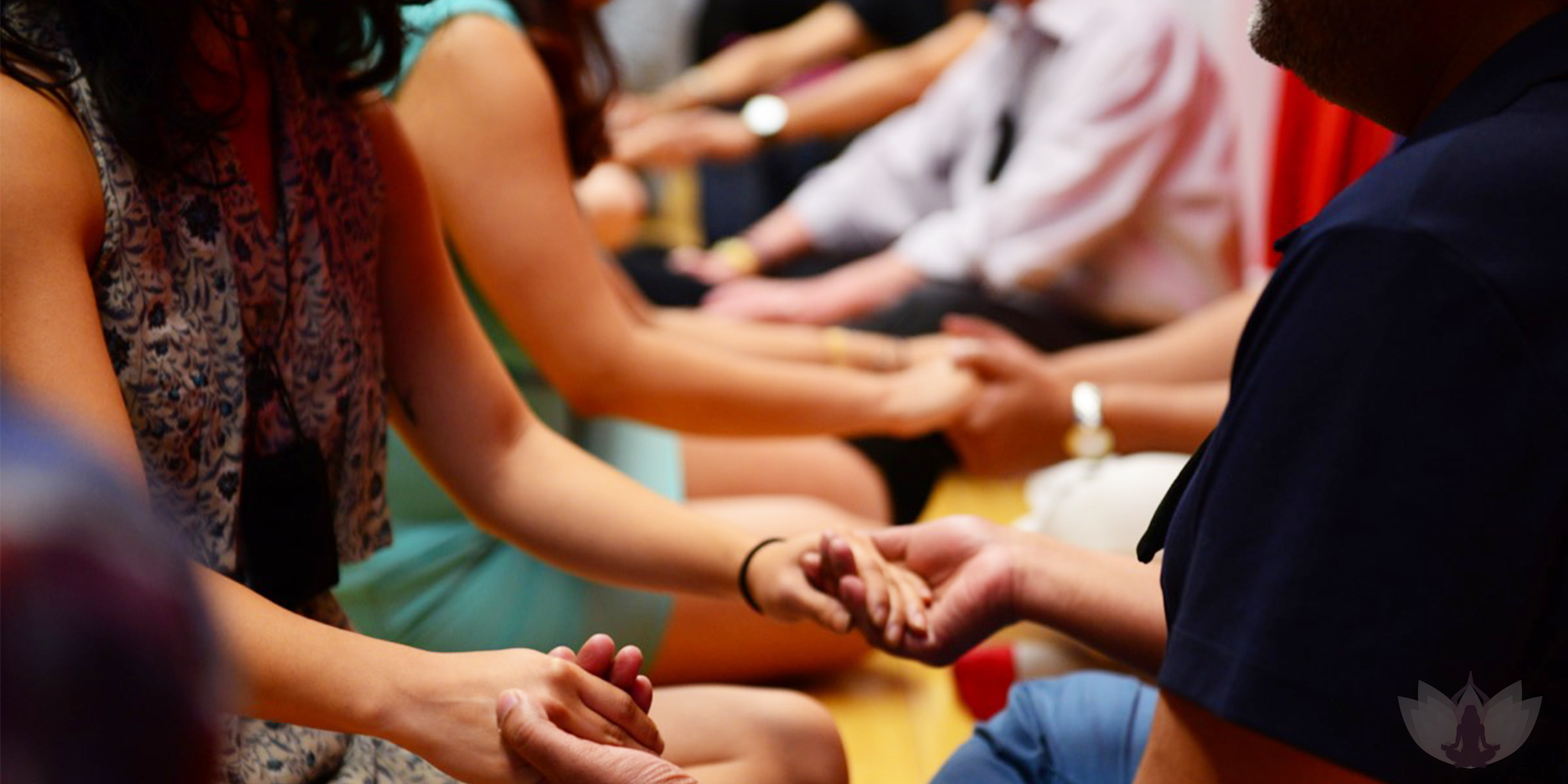 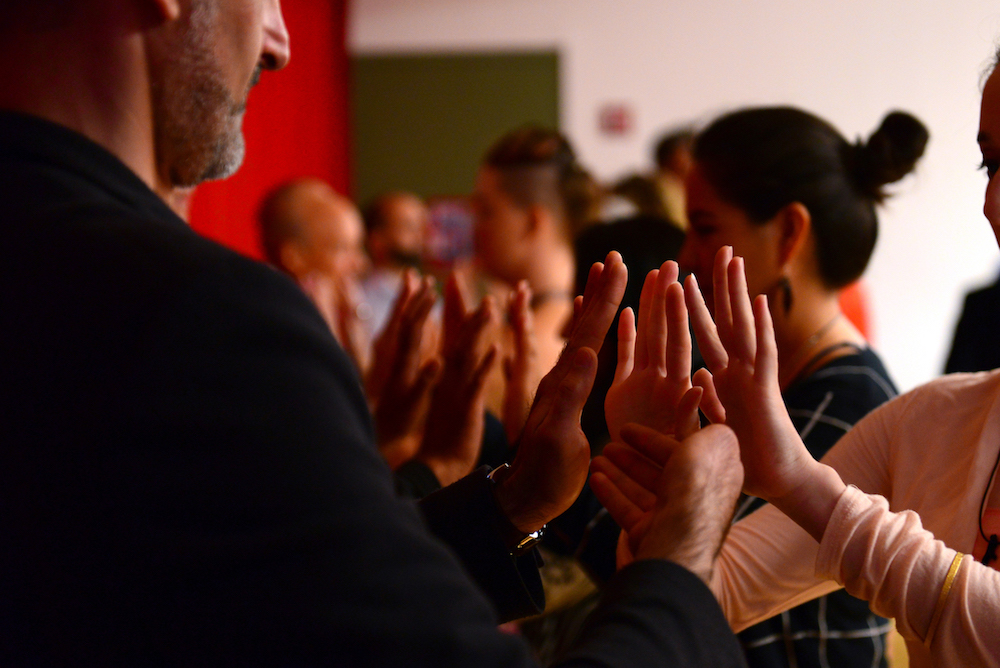