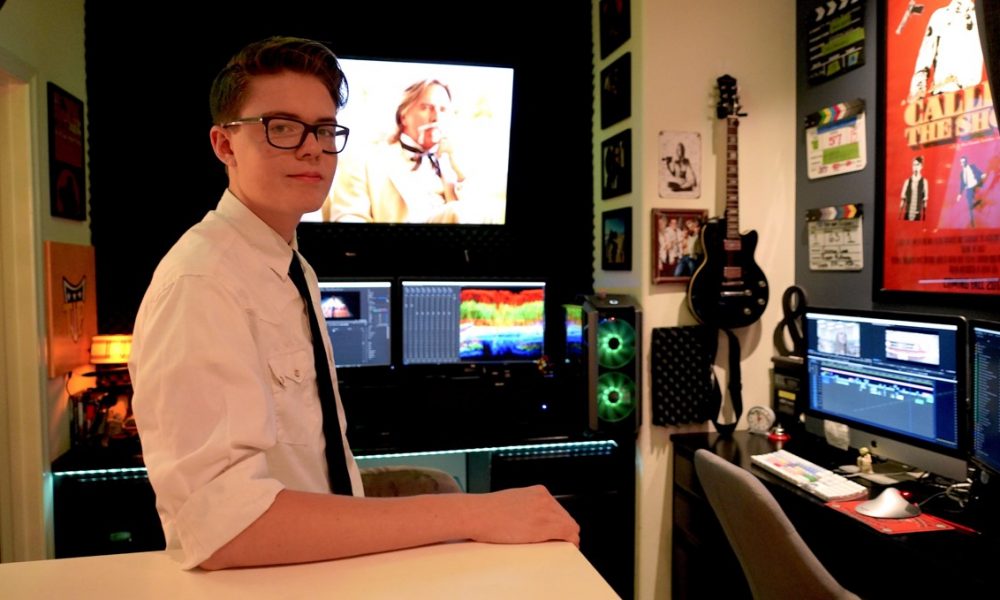 Today we’d like to introduce you to Griffin Loch.

So, before we jump into specific questions about the business, why don’t you give us some details about you and your story.
I am 14 years old and have written, produced, directed and edited two feature-length films and currently in pre-production on my 3rd feature-length film. I have always wanted to be a filmmaker. I reached for the camera on my first day of preschool and said: “I wanna film, I want the camera.” For all my birthdays my parents would help me make movies with my friends and show them as a birthday premiere party. From 5-9 my parents did most of the work but they always let me lead with ideas and made me do a lot of the work to teach me. I was fascinated with films, I loved Buster Keaton. Then one day at 5, I watched Jaws and it all clicked into place. I realized what the craft of filmmaking was, and I was determined to make my own. When I was 11, I made my first short THE HAND with a stop motion hand that terrifies a young screenplay writer. At 12 I made THE HAND PART II- FIVE FINGERED REVENGE. I enjoyed making short films but felt I had more to tell so that’s why I started work on my first feature-length script, Calling the Shots, in the Fall of my 7th-grade year.

I screened my second feature-length film “The Adventure of T.P. Man and Flusher” in a limited theater release.

This film will be available in the April 2019. We have submitted to Sundance, IndieFest, Boston International, South By Southwest, Tribeca, Santa Barbara, Teen Fest, and Ashland Film Festival. We have placed as a winner at IndieFest, which is quite an honor.

Overall, has it been relatively smooth? If not, what were some of the struggles along the way?
My film making challenges and obstacles are continuous, but that is what intrigues me the most. With every challenge, there is a creative solution that ultimately makes my film education flourish. My production crew consists of 4.5 people. My mom, my dad, my grandmother, my 11-year-old sister and myself this can be a challenge for sure.

My film was fully insured and permitted for all locations, we scheduled all actors, hosted auditions, rehearsals, had craft service, did all the lighting, production design, costume design ourselves with little to no budget. My parents instilled a very strong work ethic in me, so I was the first to load gear, and last to unload on every shoot.

As for obstacles, the budget hurt us but again made us get creative with what we could. Music was the most heartbreaking part. As a writer-director, I wrote to music. I envisioned the scene to a particular song. With copywrites, I was forced to abandon my theoretical soundtrack. Again this obstacle encouraged a touch of creativity. Turns out I love the songs that we could use through APM Music.

Alright – so let’s talk business. Tell us about your business – what should we know?
My company is TO THE MOON FILMWORKS. We make and edit feature-length films. I suppose I am best known for wearing a tie every day, and the fact that I founded the company at 13. In 2 years I have written, produced, directed and edited two feature-length films.

I am most proud of the community support I received. We shot in historic locations, oil rig land and a full mega mart all because the community believed in me as a director regardless of my age. Real professional actors donated their time to me, a 14-year-old, the support is what I am most proud and overwhelmingly appreciative of.

The main defining quality that sets me in a group of very few is that I do not make short films nor documentaries. I decided early on that I wanted to make narrative features. I think my ambition to create interesting characters and write full storylines in non-horror film genre really puts me in a very small boat of film-makers. To be honest, every filmmaker considers horror with no budget or to make just a really strong short, but I wanted to try to define my own style in a new wave of film distribution. I hope that someday my writing and directing style will set me apart regardless of my age.

Any shoutouts? Who else deserves credit in this story – who has played a meaningful role?
My parents! Some people have a soccer mom, I have a film family. The great thing about my parents is they make me do just about everything but are always there to help when I need them. I want to learn every aspect of film making so they facilitate that by allowing me to learn from my own triumphs and failures. My mother is listed as producer and my father cinematographer but they do so much more. We are a team but they insist on me taking the lead, “this is your film” they always say and that is true so I take the responsibility very seriously. There are times that making a film is overwhelming but I never felt it could not be done. My grandmother and sister work as a team to help too, they get things when we are on set, anything we have forgotten or need more of. They always get it a little off but that is what makes them part of the team, you never know what you will get. Once we asked them for oranges and a chair, we got an orange chair.

My school SCVi charter school has supported my film making in all my curriculum without them my films would not physically be possible. Their support of schedule and encouragement they have shown is unprecedented. The community of SCV has opened its doors to me. It really has been amazing.

My casts dedication has also been spectacular Benjamin Snow, Spencer Cantrell are true talents that donated their Spring to me. The rest of the cast which too are true aspiring talents are mostly under driving age, Sam Grossinger, Abby Stevens, Cayden Rosehalley (in both of my films) Adam Simpson and Skyler Verkouteren (in The Adventure of TP Man and Flusher) all relied on their parents to drive them to set so I would say their whole families supported. With the greatest driving support from Blake Borders which drove from Clovis CA to Valencia every shoot day! 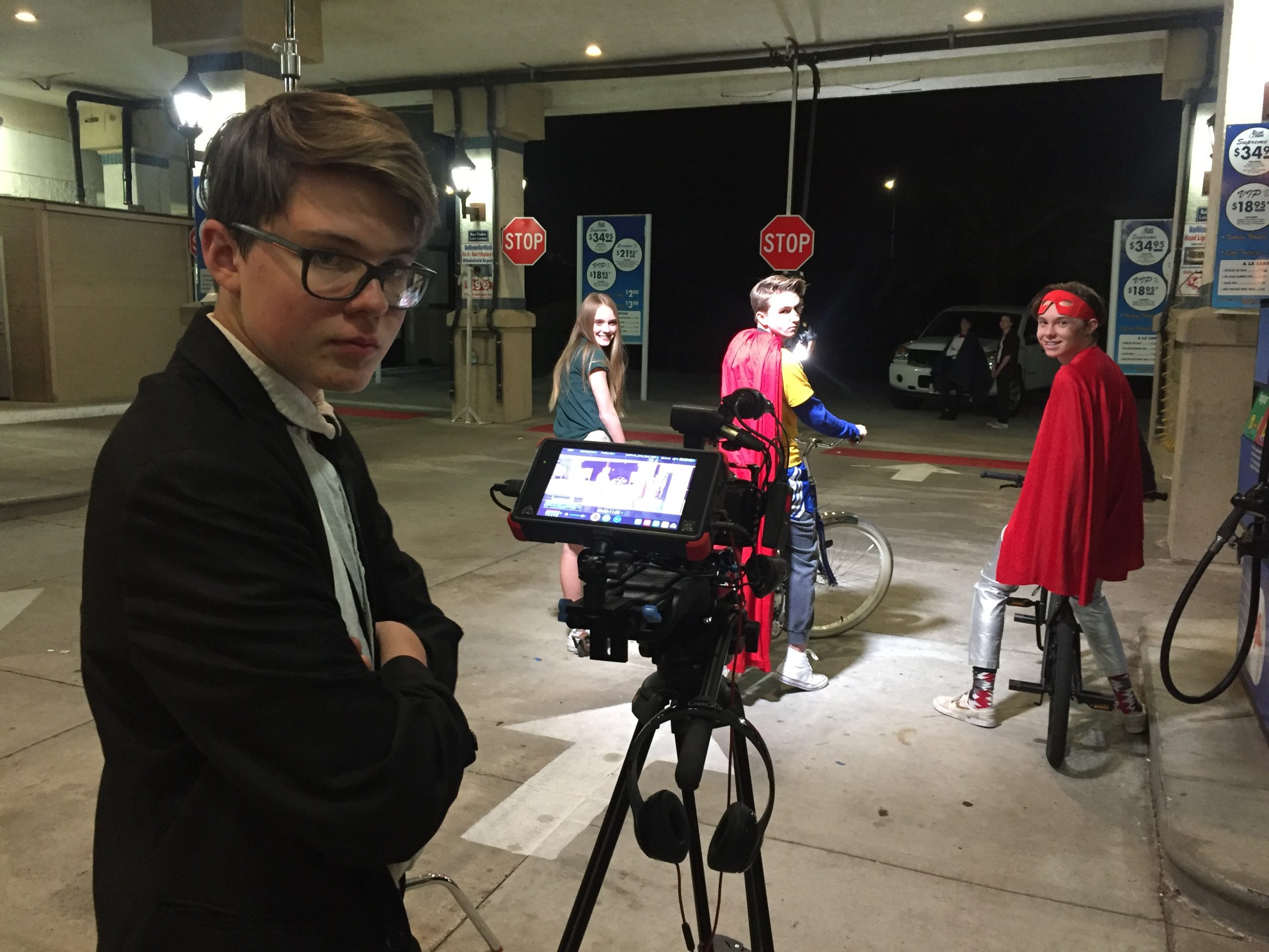 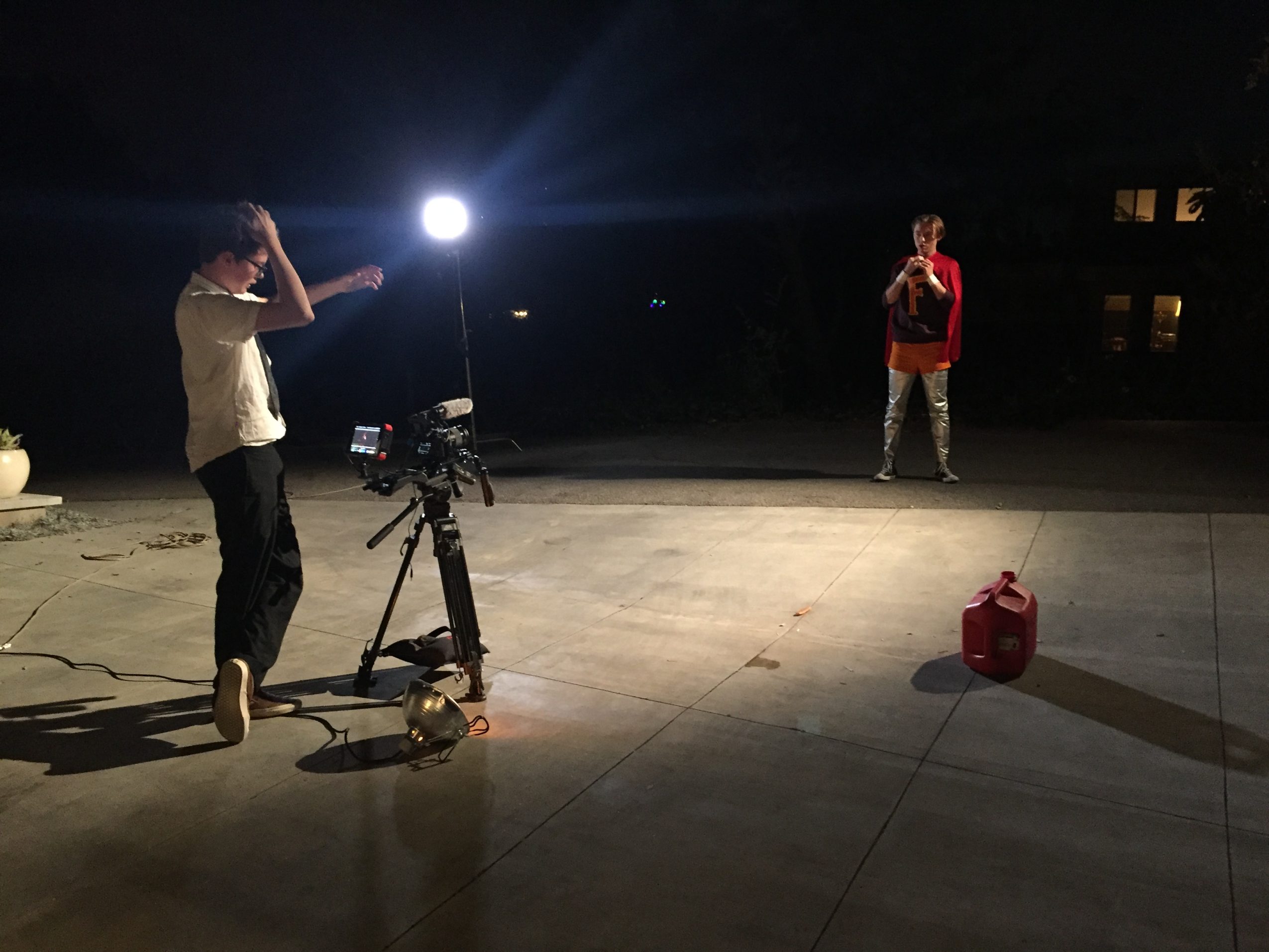 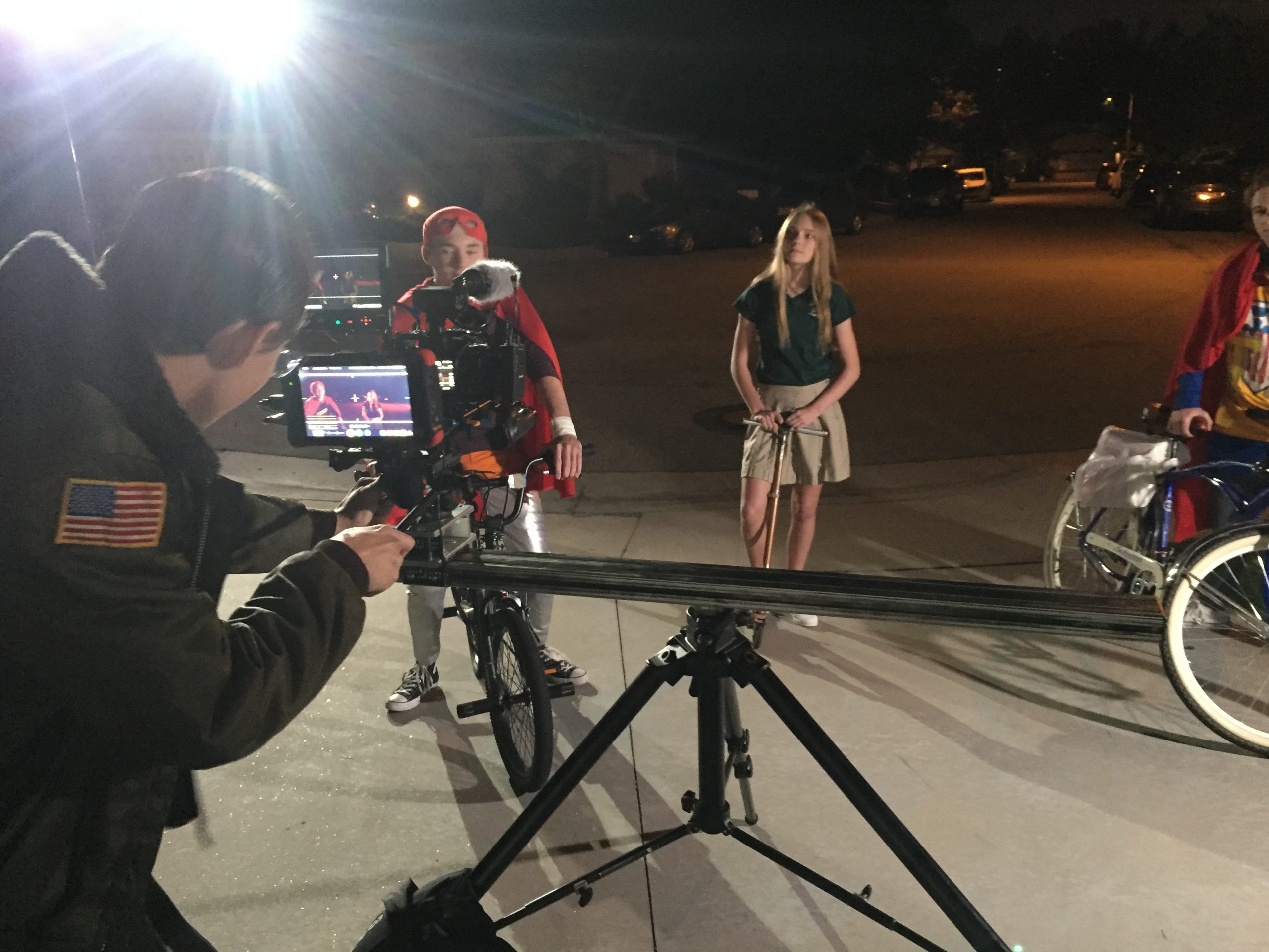 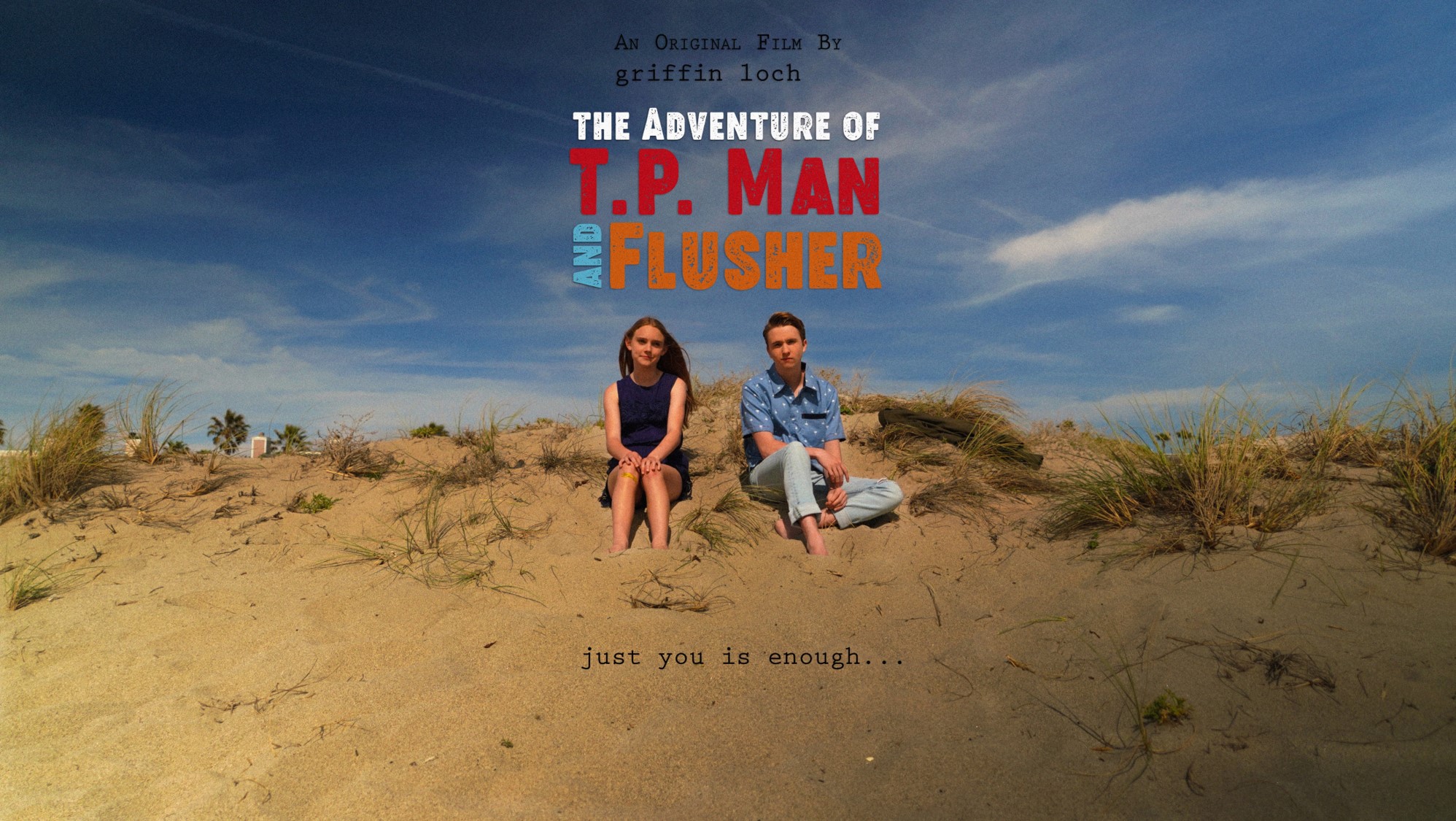 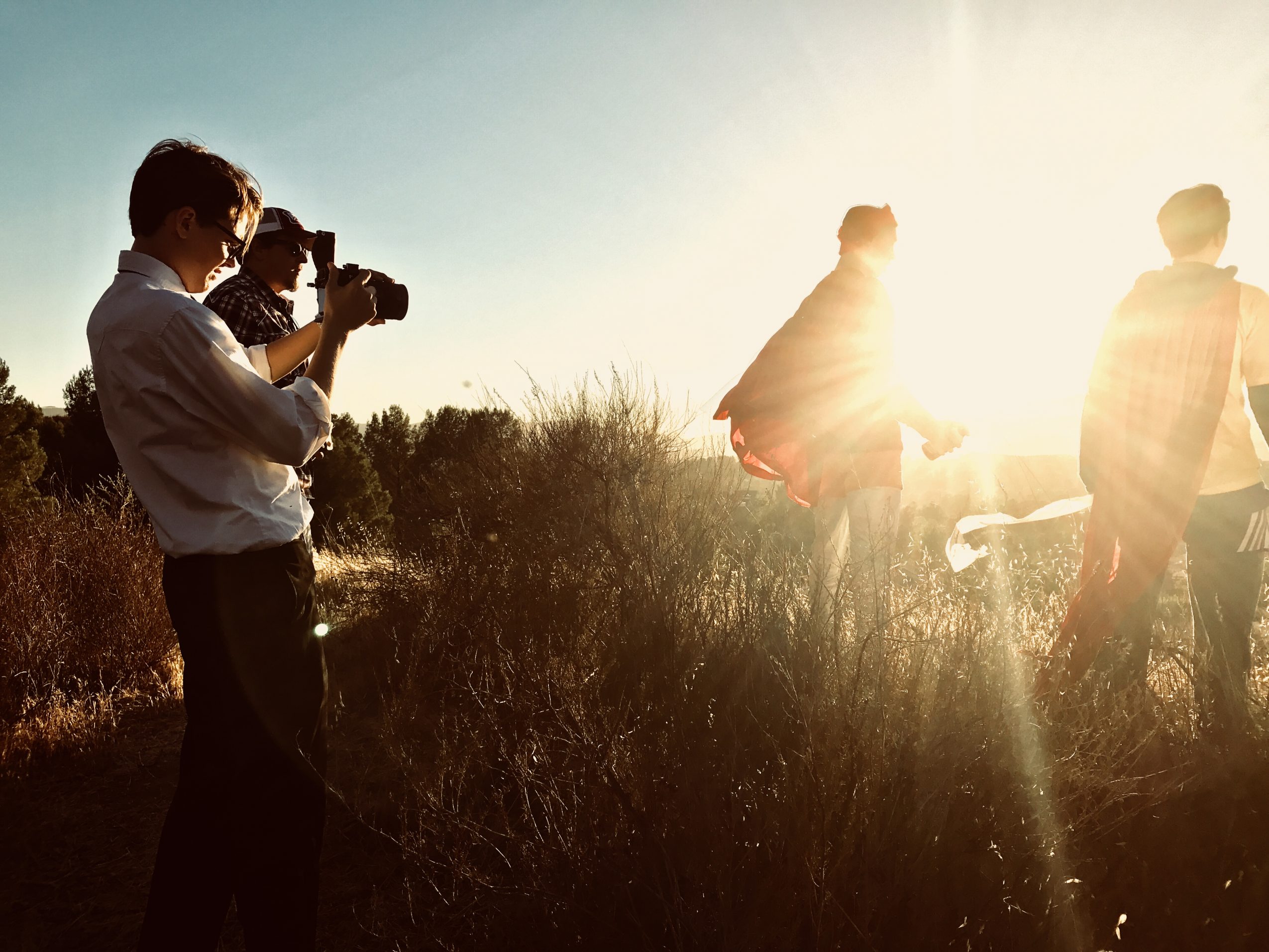 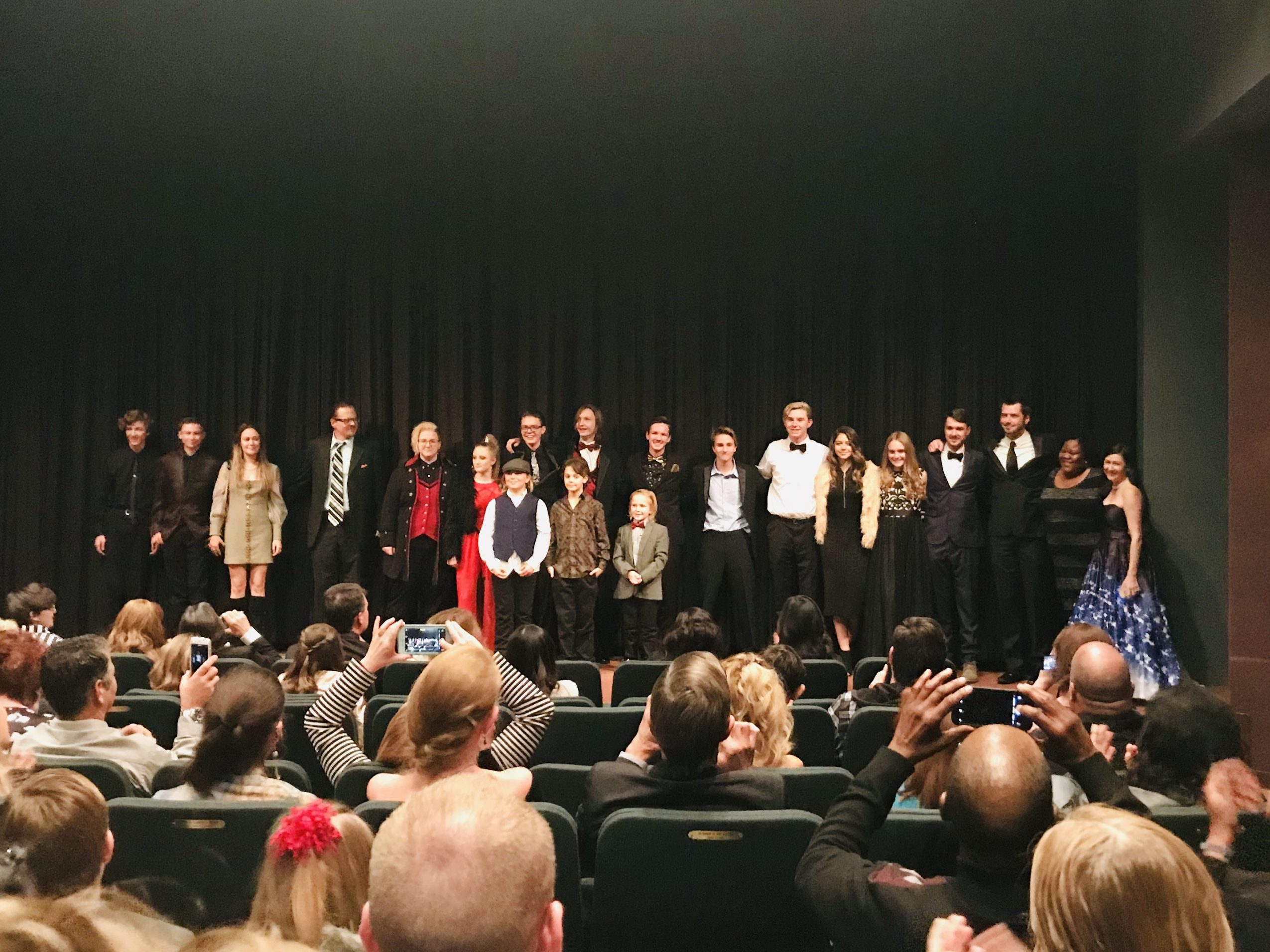 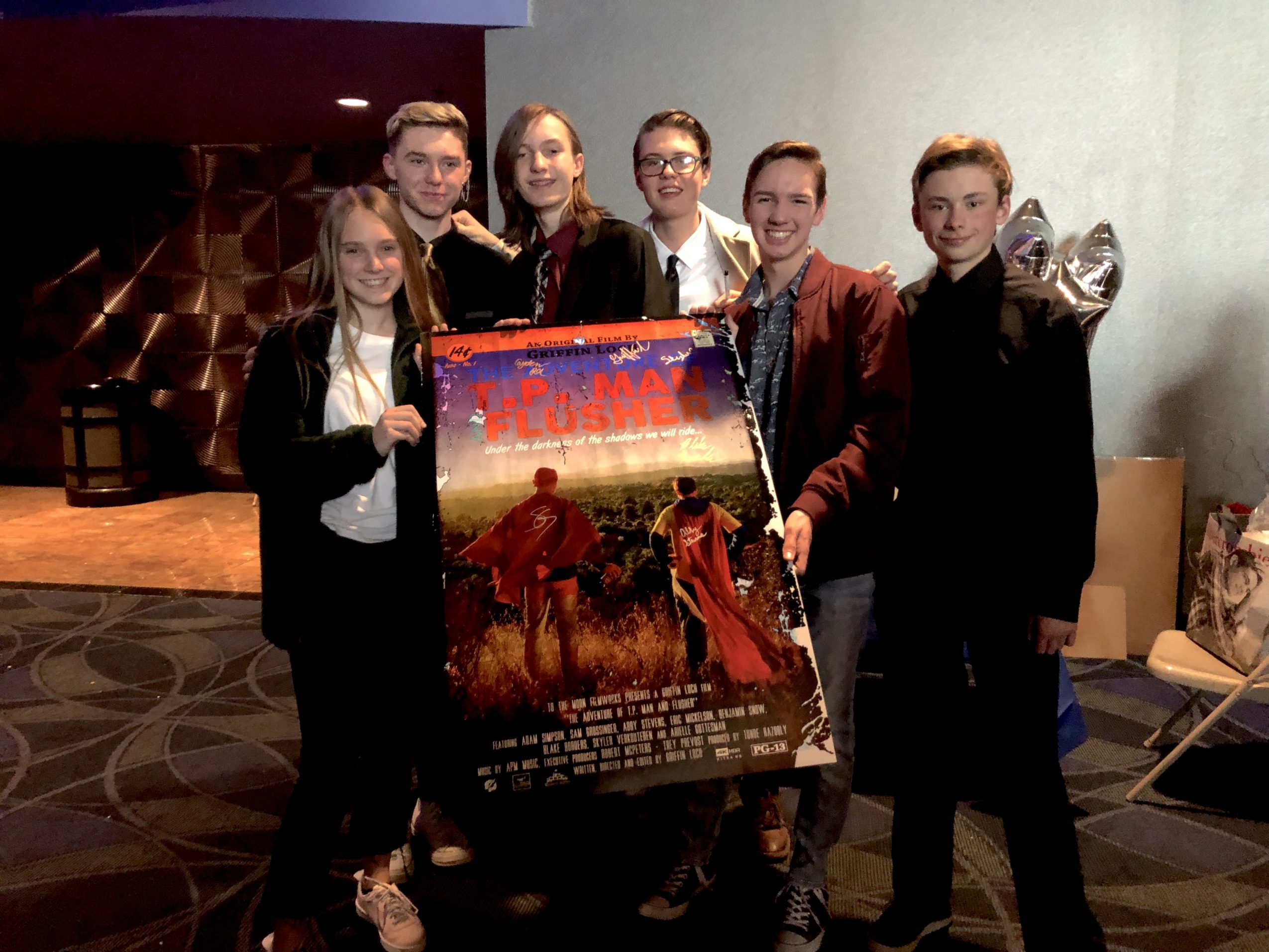