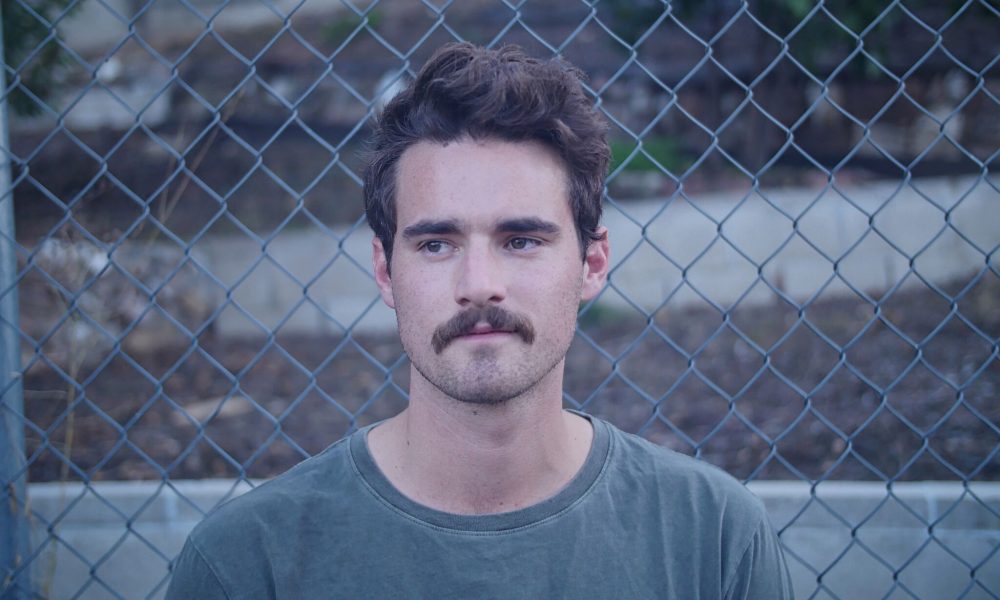 Today we’d like to introduce you to Gregory Ackerman.

Gregory, can you briefly walk us through your story – how you started and how you got to where you are today.
I grew up in South Pasadena, a suburb of Los Angeles. It was a great neighborhood to grow up in. There were tons of kids on my block, and we always played outside during the evenings and weekends. I had great neighborhood friends, and it was a close community.

There was a park nearby we would play baseball and football at. I lived on a private street that had trees growing in the middle of it – big Oak trees that came through the pavement. I remember friends from school always remarking how weird it was, but it felt like growing up in a forest, and I loved it. I always felt surrounded by nature with so many Oak trees around.

I took my first guitar lesson when I was nine years old. I continued for about two months then quit. I had learned the chords, and I figured that’s all I needed. I took it from there and started trying to emulate different guitar players’ styles, and then eventually started trying to write my own music once I got into high school. I recorded my first songs when I was 14 on the Mac with ProTools, and have been recording myself since.

I joined bands and always kept up music through college while I worked toward earning an Art History degree. After college I worked part-time at MOCA, LA’s contemporary art museum as a gallery attendant, and the Pasadena Piano Academy, working my way up to Assistant Manager. I worked these jobs because they were flexible and allowed me to continue to focus on music.

I was constantly writing and recording myself throughout this time period, and wrote many of the songs that would eventually be featured on my debut album, “And Friends.” But at that point, I was mostly recording myself and releasing the results on my Soundcloud page, where every once-in-a-while, one of them would be picked up by a blog or Spotify playlist.

I then moved into my brother Eric’s house in Highland Park in 2016, and one of our neighbors, Pierre de Reeder, happened to be a music producer. He invited us to an open house at his studio he had just opened on Ave 64. He has it set up as a vintage studio, and I felt like that would be the perfect place to try to record my first studio record. I asked him if that would be possible, and he kindly obliged.

We started recording in February 2017 on days that the studio was free, and finished up around May. Once we finished tracking the album, I sent it out to as many record labels as possible. The sound quality of it was beautiful, I felt confident about the album, and was really happy that I had the opportunity to record it in a real studio.

Up until that point I had always been recording in garages/rooms/bathrooms/closets – any quiet place I could find that I could put up a mic. But this time, with Pierre’s engineering and producing on my side, I hoped to gain the attention of a label. A couple of months later, after hopelessly emailing into oblivion, a record label called V2 Records of the Netherlands responded, saying they’d like to release the record. I was ecstatic!

They were excited about the album which made me really excited about the album. We set up a release schedule, rolling out singles prior to the full album release, signed a contract, and let go of the product I had worked on for the past year. I was then able to go over to the Netherlands for the release of the album in May 2018 and got to meet all the people who had been working on selling and promoting my album over the previous months.

I also met my fellow label mate, Judy Blank, and soon became good friends with her. She then asked me to return to the Netherlands this past Fall 2018 to support her in her Netherlands tour promoting her new album, “Morning Sun.”

Has it been a smooth road?
There’s been lots of ups and downs. My biggest enemy is myself and my mindset. I can get down on myself if things are slow or I feel like I’m not where I’m supposed to be. I’m constantly second-guessing myself and can get nervous on stage when I’m feeling very self-conscious or haven’t performed in a while.

But I constantly push forward and work daily on becoming a better musician and performer, as well as songwriter, player, and human. I try to remain positive through all the changes and challenges. At the end of the day, it’s about being a good person, and I want my music to be able to help/soothe anyone who’s struggling in their personal lives.

We’d love to hear more about what you do.
I’m a singer/songwriter, multi-instrumentalist who records/writes/produces his own music, with the exception of my studio album, “and Friends.” I wrote and recorded the acoustic guitars, electric guitars (except slide), bass, and piano on every track of the album, with the exception of the song “Careening,” which my brother Eric wrote and played piano for.

I also designed the album artwork front and back and used my friend, Henry Bunkall’s paintings as the interior. I’m also proud of the fact that although I tried to do a lot of the work myself, I also included my music pals. I had my friend Tom Relling, whom I’ve known since Kindergarten, play slide guitar parts on nearly every song.

I had my buddy and roommate Keenan McDaniel, whom I’ve been friends with since High School, play drums on all the songs. I had my friend Malarie Howard, whom I’ve known since college, record all the backing vocals on the track. She is the wonderful accompanying female vocal presence that you hear on all the songs.

And I had my brother, Eric write a song, as well as play harmonica and guitar here-and-there. I wrote my album songs over a period of a year with the specific intentions of have those songs work together in a cohesive album. I was thinking a lot about humanity, and the shifting landscape of American politics as Donald Trump was coming into his presidency.

I felt disconnected and lost and wanted to put all those themes in the album. I was an art history major in college and found that art always reflects the current socio-economic and political landscape in which it was made, and I wanted my album to more or less function as a piece of auditory art that did just that.

Let’s touch on your thoughts about our city – what do you like the most and least?
I like the energy of Los Angeles. It seems everyone is trying to do something creative, and I like the atmosphere that creates. I also love the weather, the food, the diversity, and the proximity of both the mountains and beach.

I was born and raised in Los Angeles, and there isn’t another city in America where I’d rather live. It’s all happening in Los Angles.

Sometimes the amount of people in this city can be overwhelming. I try to get out and camp as much as possible to get out of the rat race and noise of the city. 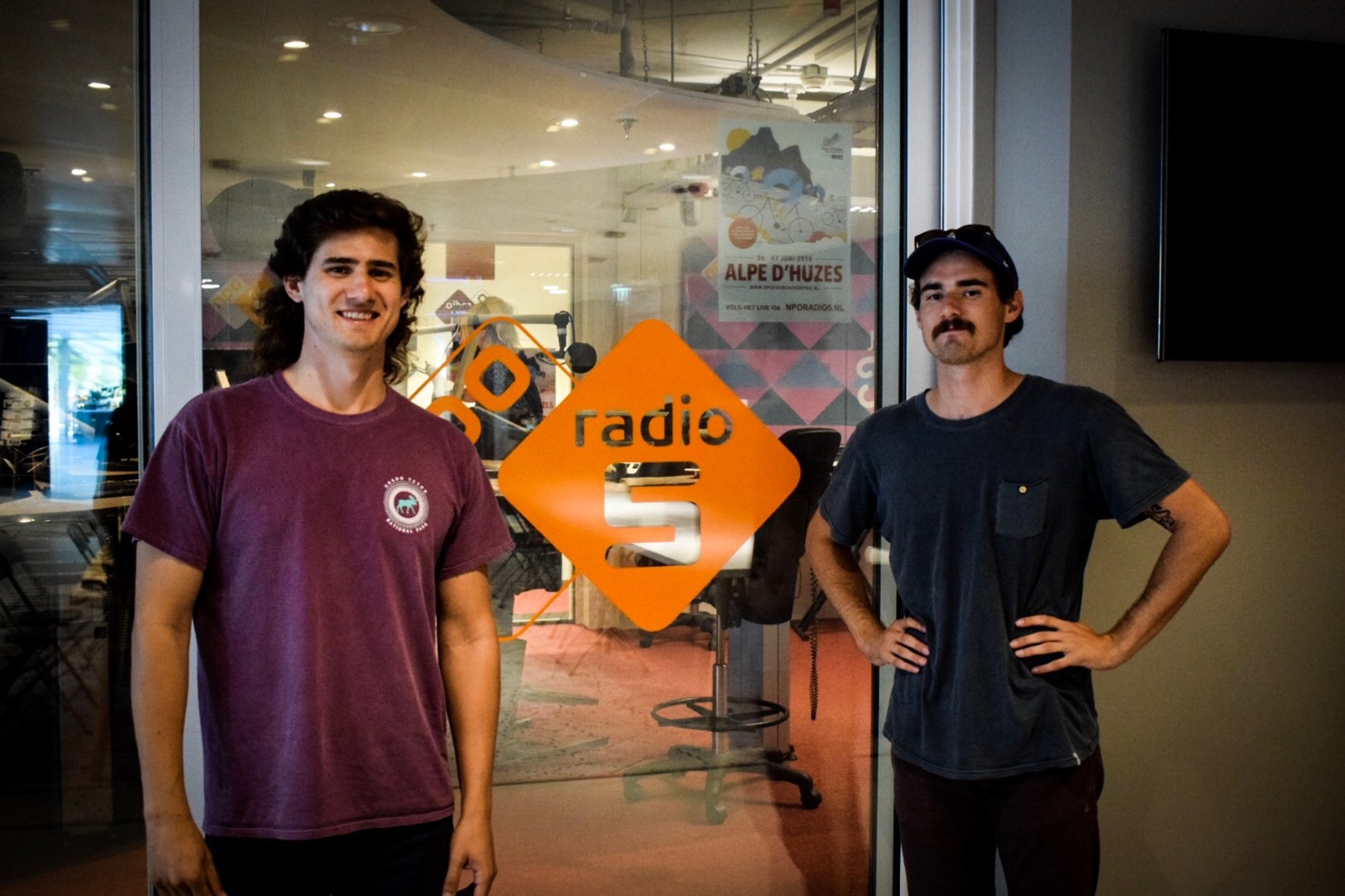 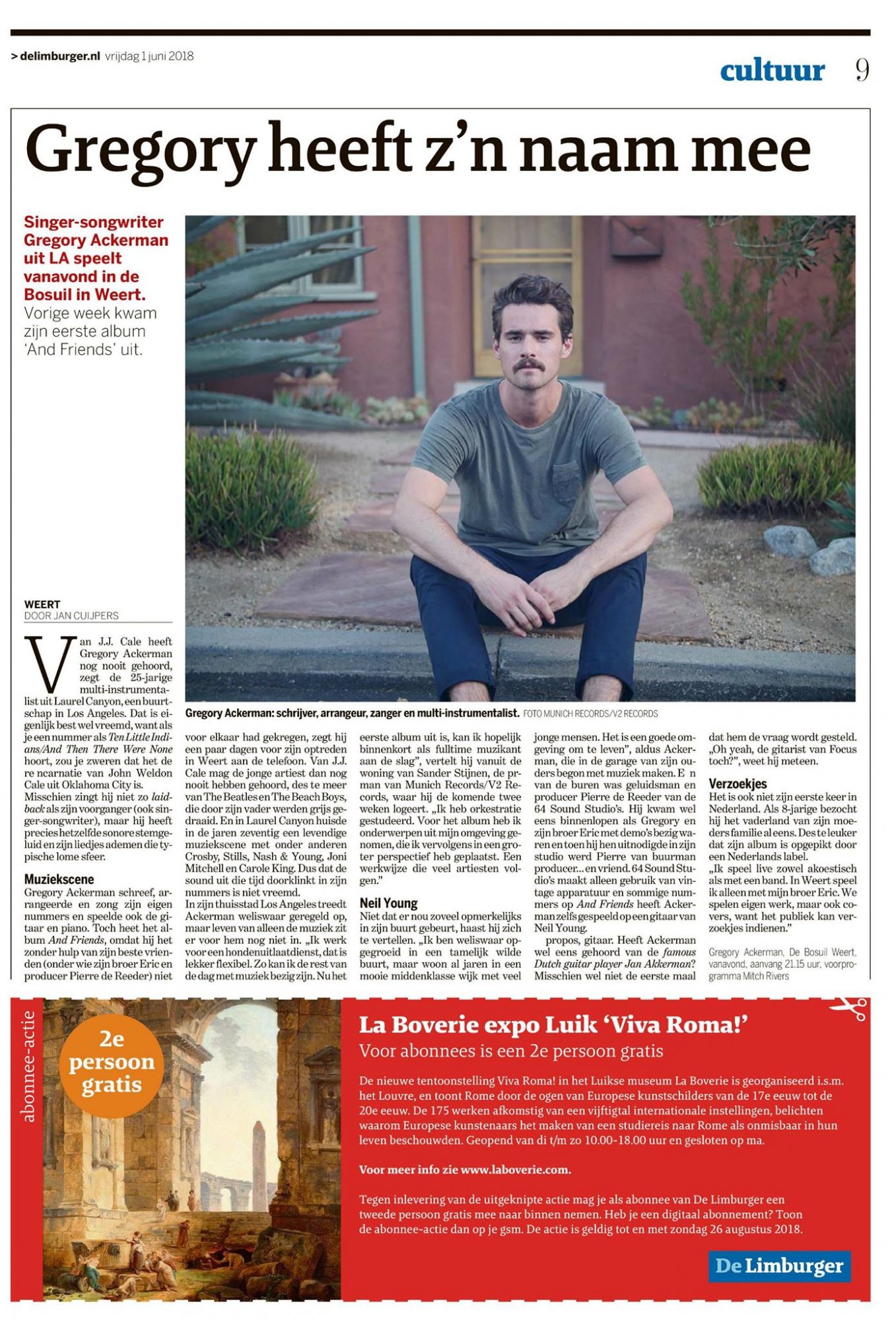 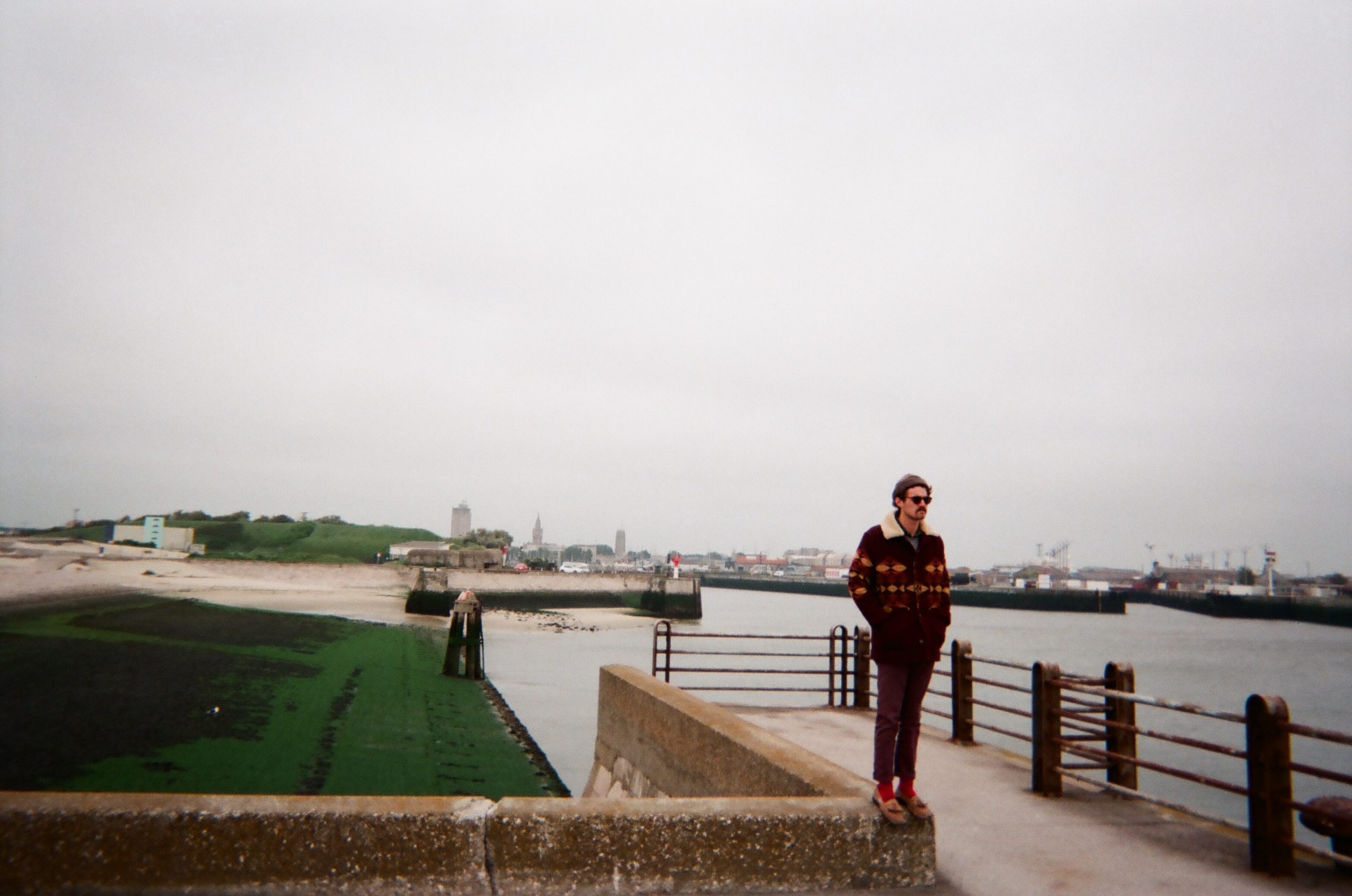 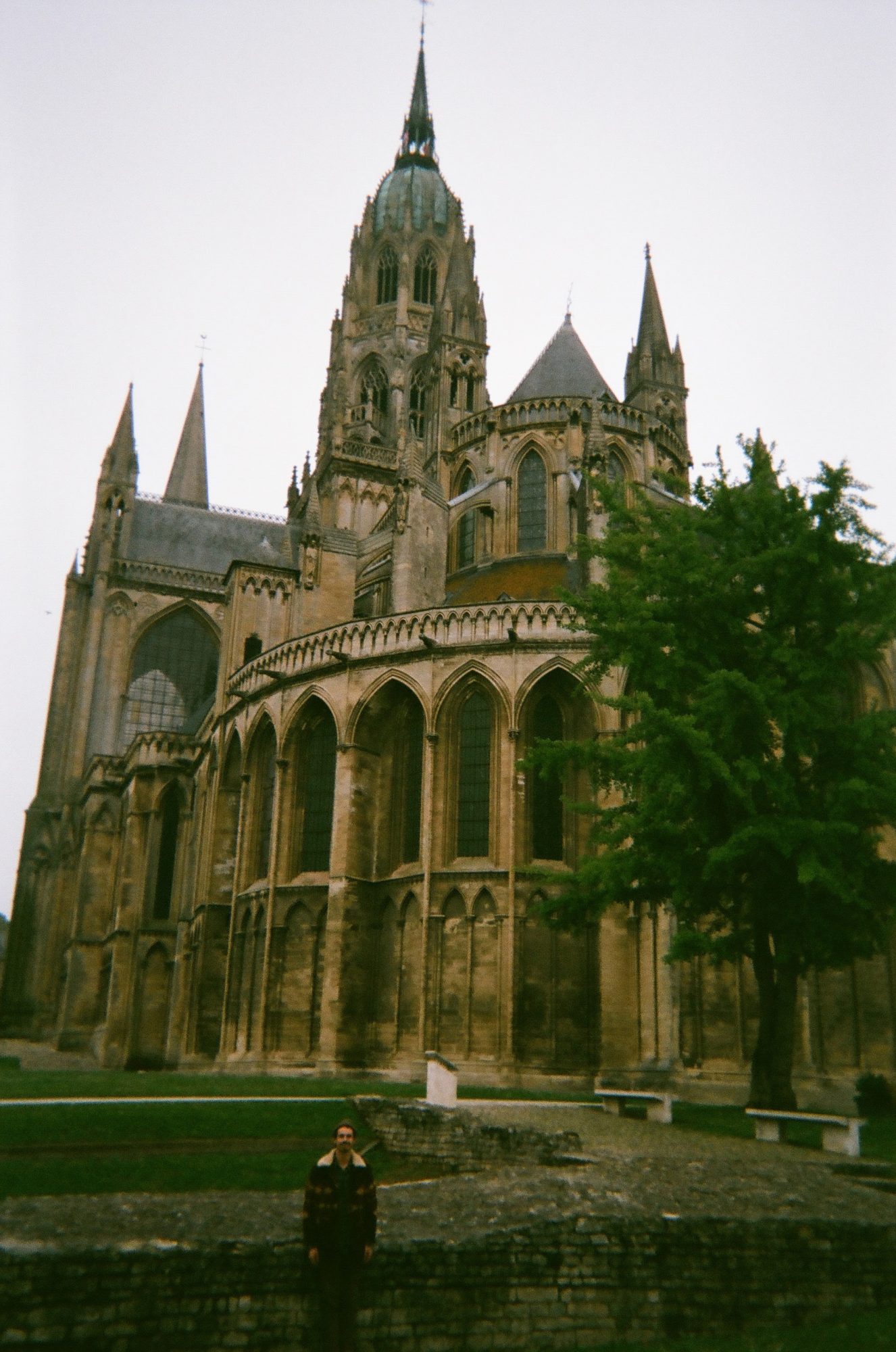 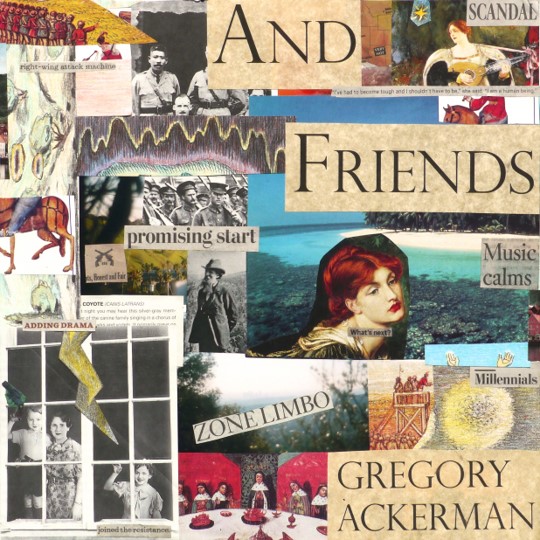 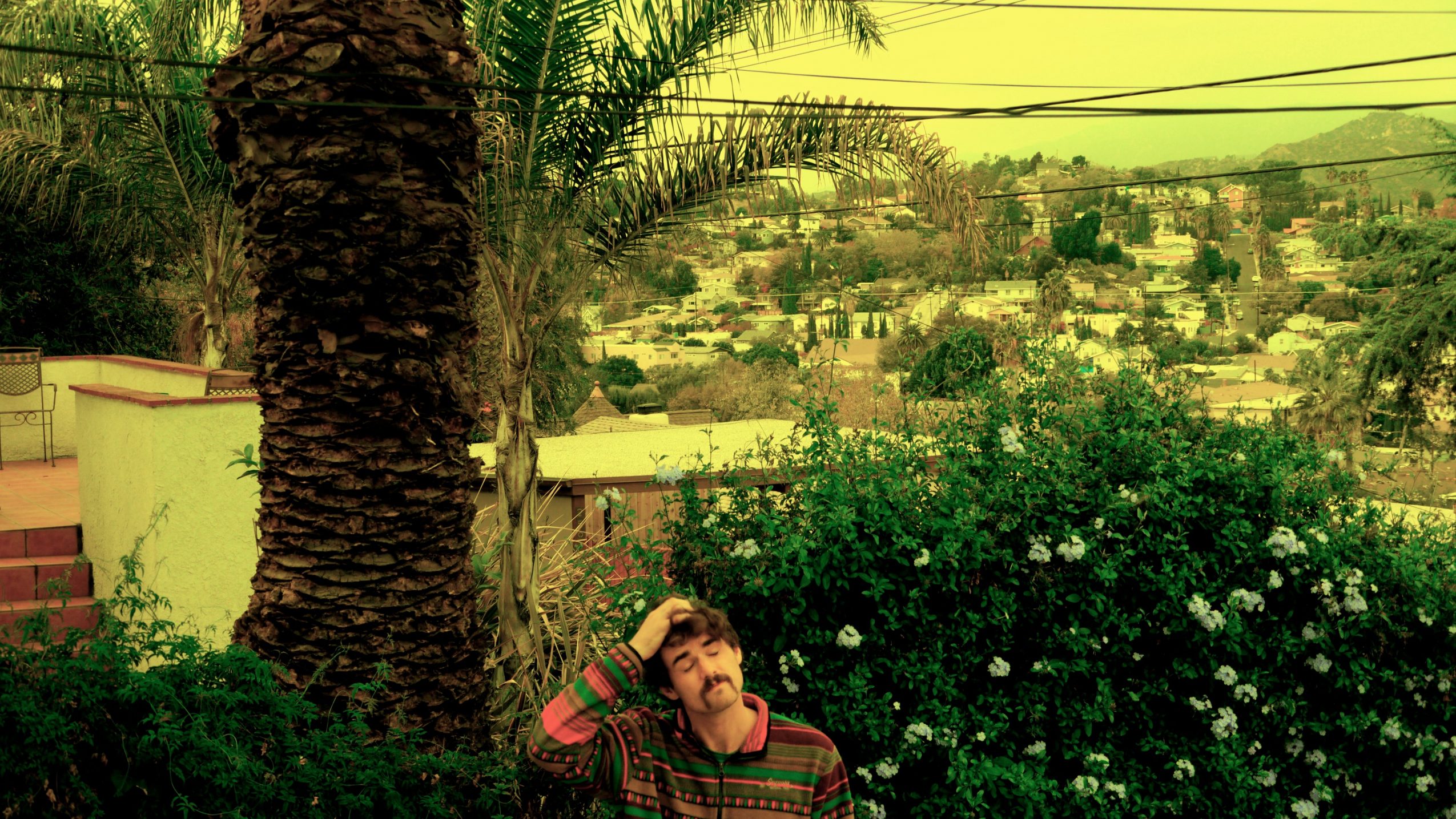