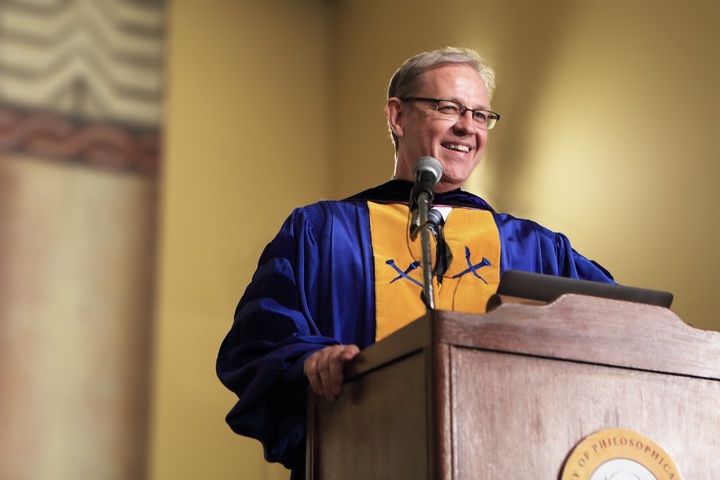 Today we’d like to introduce you to Greg Salyer.

Greg, can you kick things off for us with an introduction to yourself and the organization?
The Philosophical Research Society (PRS) was founded in 1934 by a remarkable man named Manly Palmer Hall. Canadian by birth and raised mostly by his grandmother until his late teens, Mr. Hall moved to California to be with his mother, who was a Rosicrucian, a member of a secret esoteric and mystical society dating back to the fifteenth century. He was also deeply influenced by theosophy, another esoteric movement founded in 1875 by the mystic Helena Blavatsky. Steeped in esoteric and occult communities that focus on “hidden knowledge,” Manly P. Hall expanded his studies to include all of the world’s religions, philosophies, and belief systems, from ancient Hinduism to modern psychology. Soon he was beginning to draw great crowds to his Los Angeles lectures on the world’s wisdom, and his fame began to spread beyond. Eventually, he would lecture at Carnegie Hall and across the world, using as his base his Philosophical Research Society in Los Feliz. Mr. Hall gave thousands of lectures there from 1934 to 1990 and published hundreds of volumes, the most famous of which is The Secret Teachings of All Ages: An Encyclopedic Outline of Mason, Hermetic, Qabbalistic, and Rosicrucian Symbolical Philosophy, Being an Interpretation of the Secret Teachings Concealed within the Rituals, Allegories, and Mysteries of All Ages.

Mr. Hall died in 1990, and Dr. Obadiah Harris succeeded him as president. Dr. Harris added to the Society the University of Philosophical Research, an accredited, online institution offering degrees in consciousness studies, transformational psychology, and liberal arts. I began teaching courses for Dr. Harris four years ago in 2016, and that fall he asked me to serve as dean. Then in his late eighties, Dr. Harris retired in 2017, and the board of directors asked me to serve as president and CEO. I had been an administrator, professor, and scholar in higher education serving at small liberal arts colleges, regional universities, and one major research university. My doctorate is interdisciplinary in nature, combining the fields of literature, philosophy, and religious studies and exploring especially the spaces in-between, such as the making of meaning. Before PRS I had taught at some interesting places and done some good work, but it had become increasingly unsatisfying as colleges and universities transformed into corporations during my career. I had always wanted to explore the subjects that Mr. Hall did, but I was waved away from them because they were simply not considered appropriate for scholarship or teaching in a university environment. This fact was brought home painfully to us in 2019 when we recognized that accreditors were not valuing what we were doing in the university. They would always ask me what jobs our graduates in consciousness studies were getting, and I would always say, “No jobs; or every job. This is about self-knowledge, which applies in every situation, personal or professional.” Recognizing that they were no longer interested in such programs, we withdrew our application for reaccreditation and returned to our roots.

Now we are simply The Philosophical Research Society, and while we offer online courses, they are for self-knowledge, not academic credit, not to mention much cheaper. We also offer weekly lectures on a variety of topics (now on YouTube during the pandemic) and serve as the permanent home of Mr. Hall’s massive esoteric and academic library. In 2018 we opened a gallery to exhibit artists who engage wisdom in their work. And I, as president, am having the most fun I have ever had in my life and doing the most meaningful work in my career. It is an honor to work with our staff to continue Manly P. Hall’s mission to provide “practical and profound wisdom for the 21st century.”

Has it been a smooth road?
I am laughing out loud at this question. Smooth? Not at all in my personal or professional life. Rewarding? Absolutely. Educational? Most definitely. I mentioned my own struggles to find a home in academe and how PRS has become that for me. As anyone who runs a nonprofit will tell you, the struggles are daily. For one, it has been difficult to get the word out about us. Dr. Harris focused on the online university during his tenure, which was a brilliant move in 2001, but that meant that the campus programs languished somewhat. As such, people would look up at our buildings at the corner of Los Feliz Boulevard and Griffith Park Boulevard and wonder just what we do in there. We have done some good marketing in my time at PRS, and more people know about us now and have even visited our lovely little campus. And while part of me wishes that PRS would be more well-known as a landmark center for the study of wisdom, I also like being there when visitors discover us. It is not often that one gets to see genuine awe on someone’s face, but I get to see that every time I show a visitor Mr. Hall’s library, or every time someone listens to a lecture then watches our community of seekers engage the topic and each other.

Another issue is money. It puzzles me, as it always did Mr. Hall, why more people were not interested in supporting our mission. The attendees at our lectures and our online community are people who do their best to get by and contribute as best they can. We also have a fantastic board of directors, and one person in particular, who worked with Mr. Hall, keeps the lights on and keeps Mr. Hall’s books in print. We are continually looking for support, as all nonprofits do, but how many of them offer you resources to find the meaning of life?

We meet these and other challenges with the dedication of our staff who believe in our mission so deeply that they sacrifice much to keep us going. Kelly Carmena is our Vice President and librarian, and she is my right hand. I cannot imagine doing this work without her. Aster Tsegay is our director of operations and has been at PRS for twenty-some years. She pinches our pennies and makes sure our buildings are still standing, all while serving as our institutional memory. Matthew Taylor directs our online classes. He came on our bookstore manager then served as the registrar of the university. He has become very adept at developing engaging course material with our teachers. Amanda Brass is our fulfillment specialist and comic relief. She ships out Manly P. Hall books to the world while also giving tours of our campus and working in the bookstore, gallery, and library as needed.

We’d love to hear more about your organization.
The Philosophical Research Society is a nonprofit 501(c)(3) corporation dedicated to providing practical and profound wisdom for the 21st century. We do that by providing on-site access to our 20,000-volume library of esoteric, humanities, social sciences, and scientific texts works that are not typically found at most libraries. We have weekly lectures, including my own President’s Class, where we have explored topics such as Gods and Monsters, The Meanings of America, Understanding Love, and How We Become Who We Are. Poet Mandy Kahn is our artist-in-residence, writer and speaker Mitch Horowitz is our lecturer-in-residence, and Dr. Devon Deimler is our scholar-in-residence. We have a lovely bookstore that includes Mr. Hall’s works, books by other relevant authors, and gifts. We offer wellness classes in sound baths, internal martial arts, and yoga in our lecture room and online.

I am most proud that the staff and I are sustaining a mission begun in 1934 to help people find their way using the world’s wisdom. What sets us apart is our founder, who, despite having no academic credentials, was one of most brilliant, prolific, and profound scholars America has known.

How do you think the industry will change over the next decade?
Ok, now I’m laughing out loud again. With the coronavirus, those questions are impossible to answer. I can say proudly that we are nimble and have already shifted our work online. Much of it was there already, but our staff is innovative and dedicated and always ready for new challenges. What will change? Everything of course, but our business is helping people to understand and navigate change, and we get to begin with ourselves. 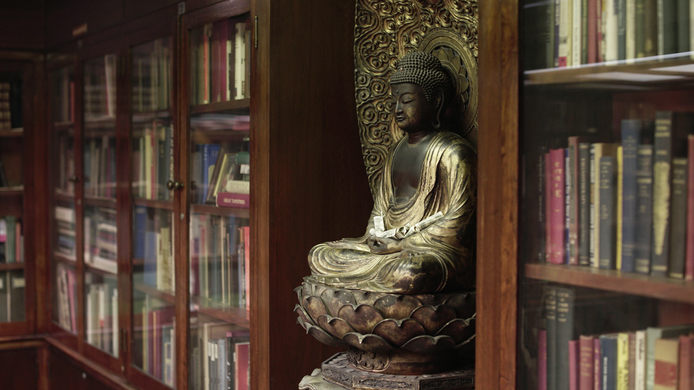 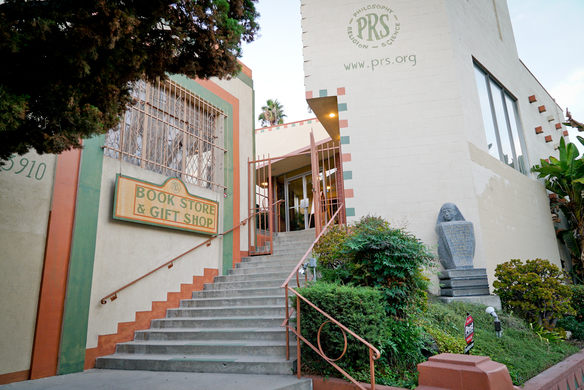 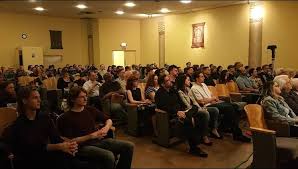 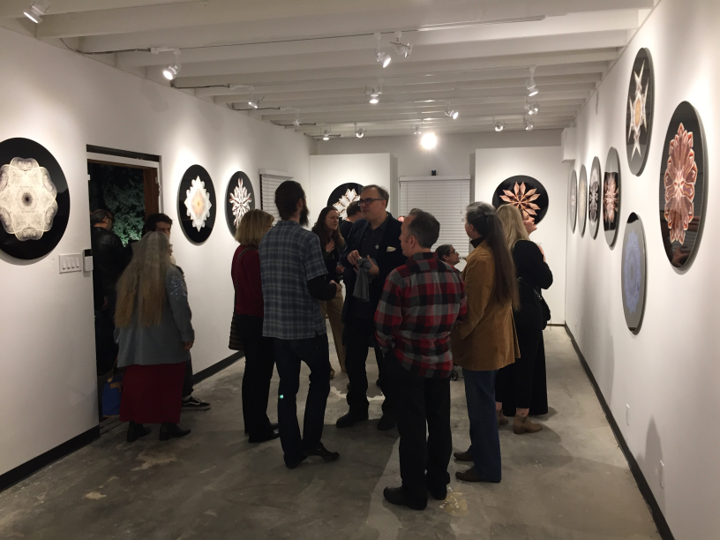 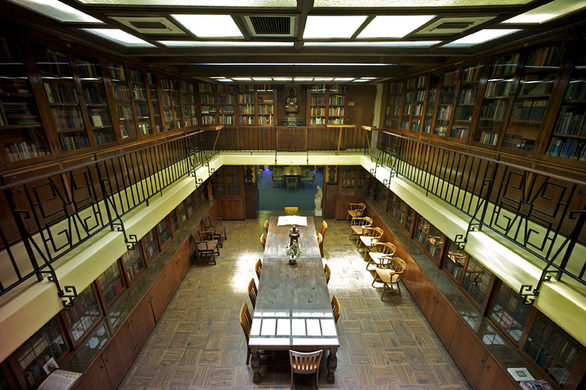 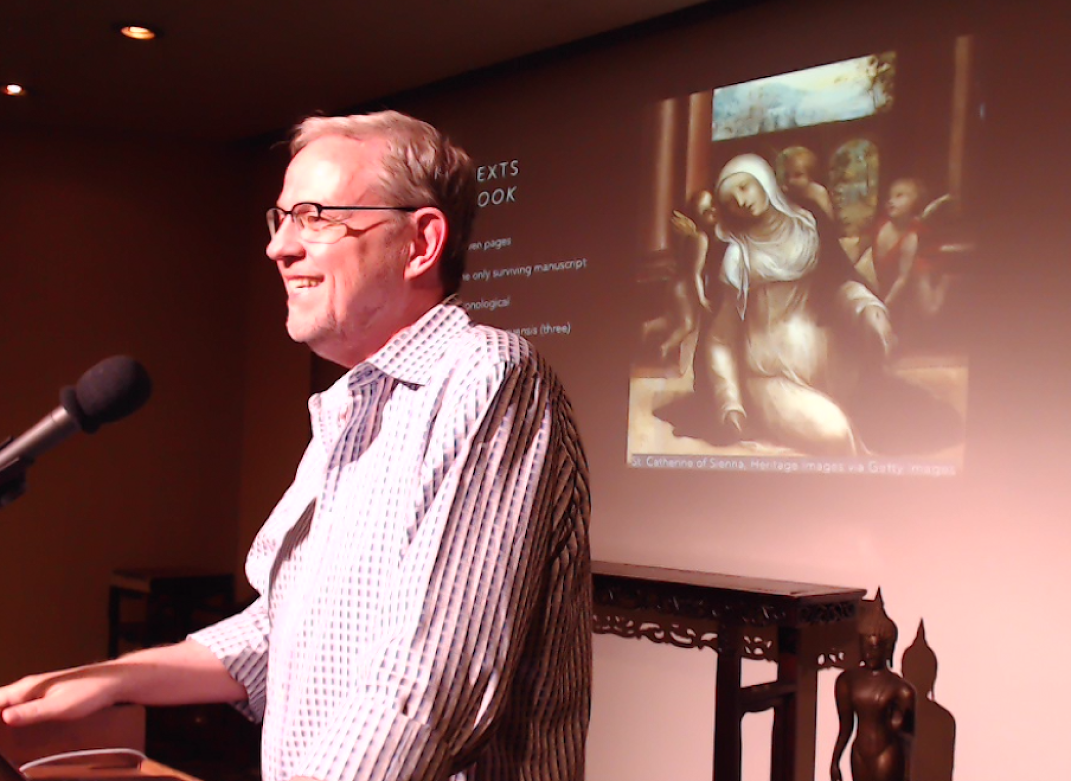 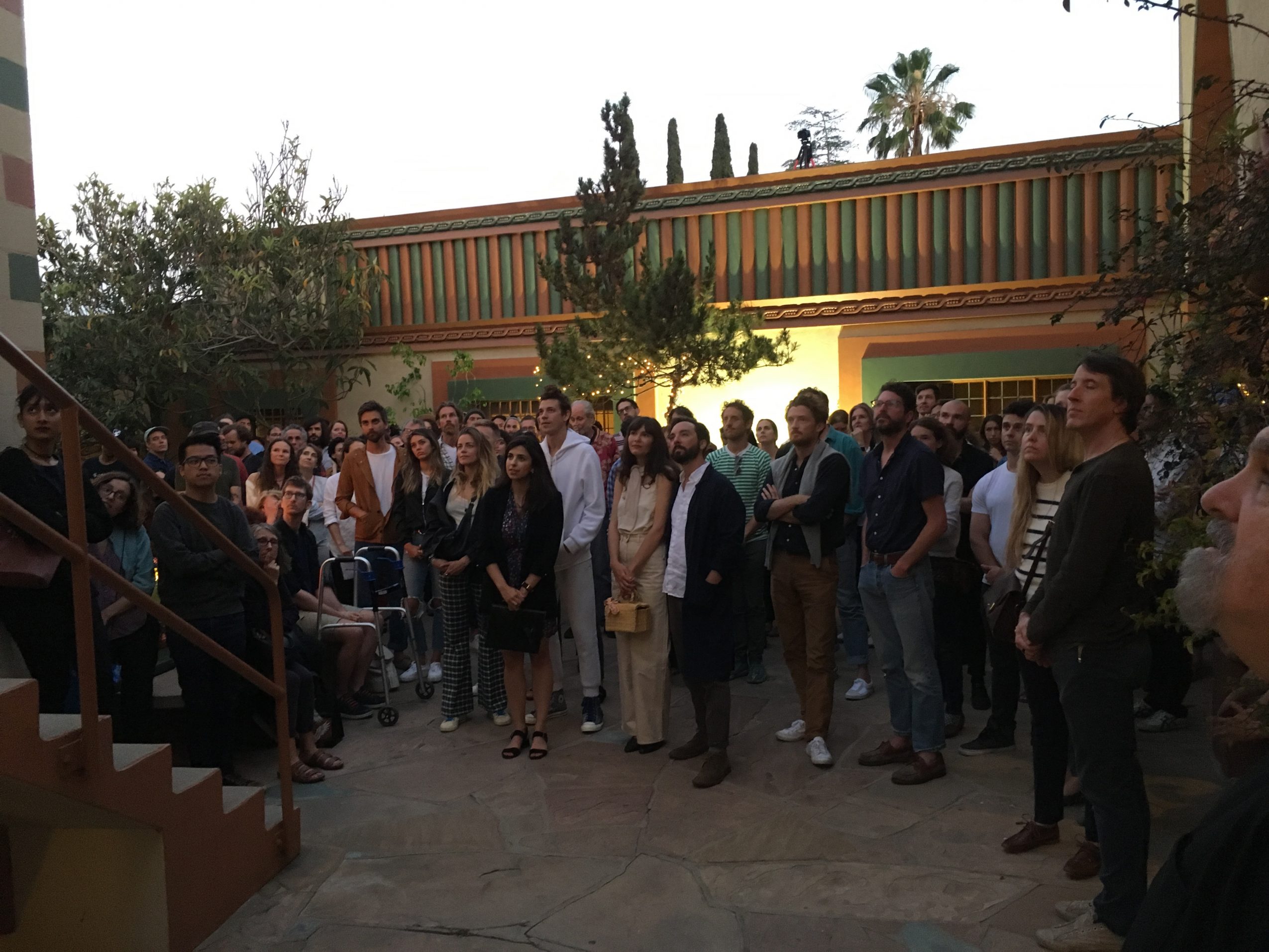 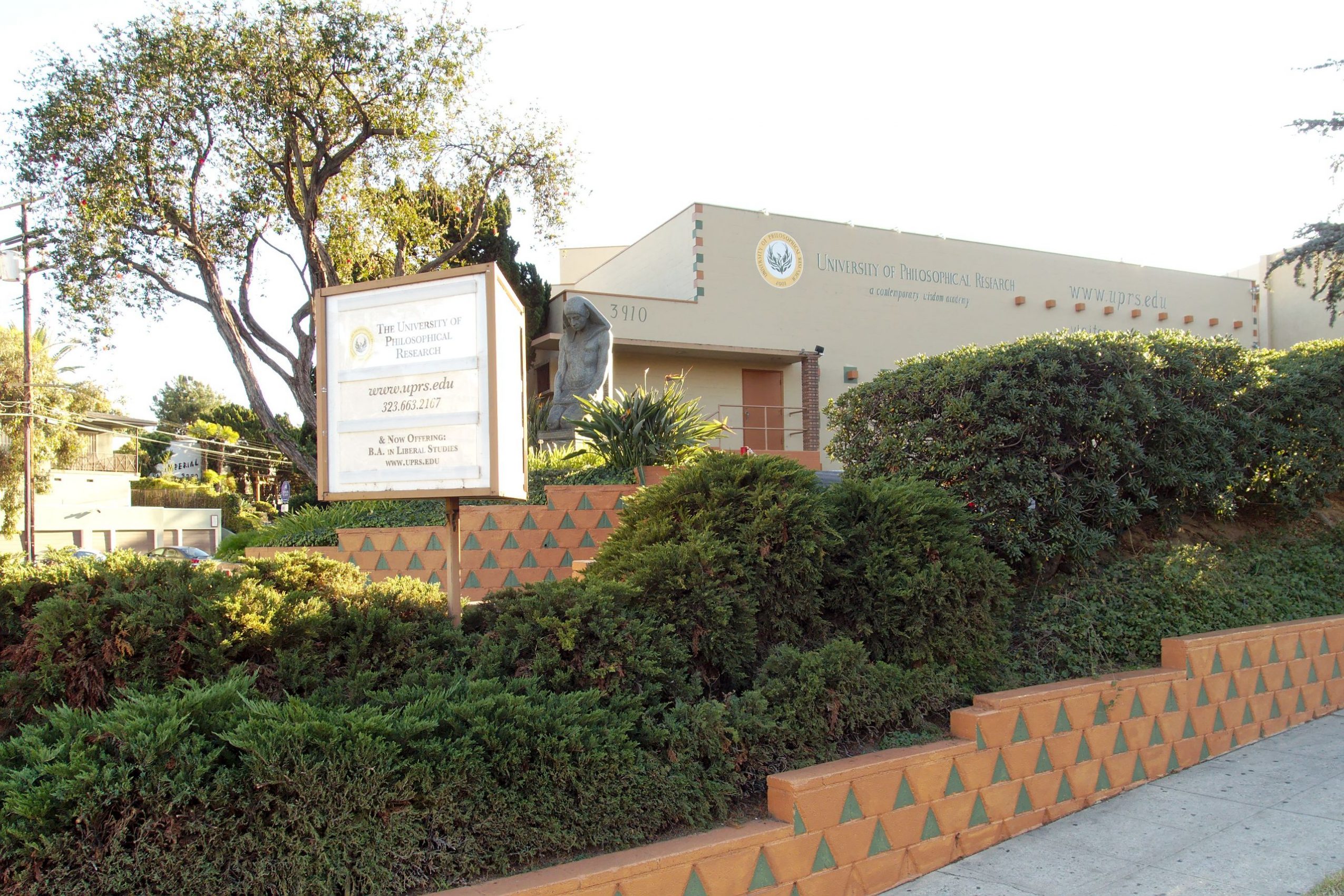