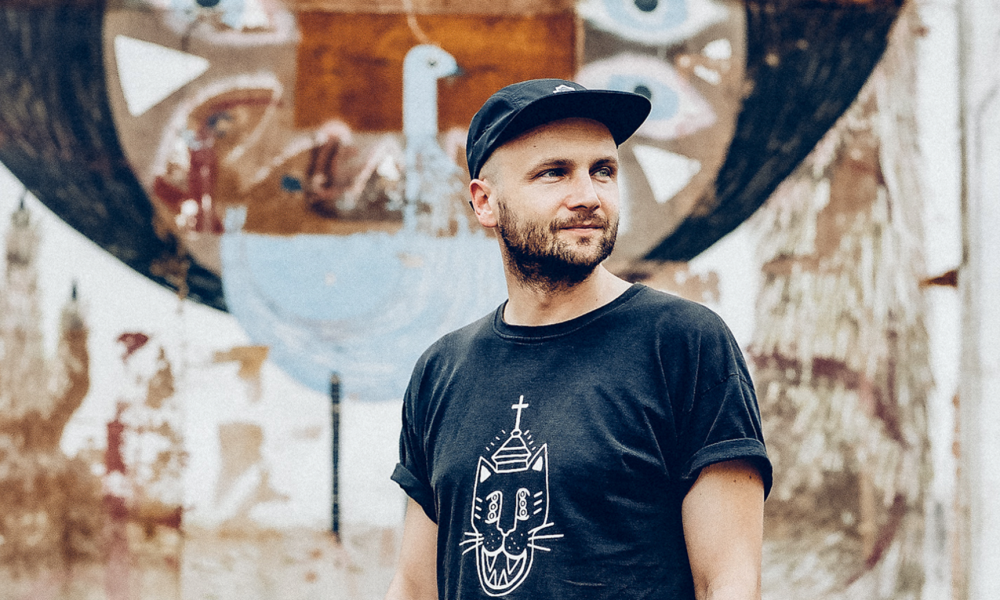 Today we’d like to introduce you to Greg Karpinski.

Greg, can you briefly walk us through your story – how you started and how you got to where you are today.
I was born in 1980 in post-communist Poland in a small town called Przemysl. The town is on the border of Poland and Ukraine and has played a significant role in history during WWI and WWII and now is on the border of European Union and the rest of Europe. I grew up in that town and as a small kid, I would often camp and go on different excursions with my parents and my brother to nearby Bieszczady mountains which I hold dear to my heart to this day. Those early experiences played a significant role in my current love for nature, traveling and interest in people and their cultures.

As a teenager, I studied English and German to a proficient level and started traveling through Europe both as part of student exchange and as a free-spirited hitchhiker. The cemented my love for travel and observing and documenting other cultures. Throughout my teenage years, I was also very interested in films and photography. I would often spend hours in my local video store choosing between different films on VHS. I was a real film lover equally interested in major Hollywood films and small independent films from filmmakers and countries I wasn’t even aware of. It really exposed me to a whole spectrum of films, visions and approaches towards filmmaking. I really fell in love with films from Japan, China, Italy and United States to name a few. I very quickly realized that this was what I wanted to do for a living. In that time, I made some insignificant short films that due to lack of access to equipment, talent pool and know-how were basically an exercise but also a confirmation of my love for storytelling.

Having grown up in Poland in the 80s and 90s there weren’t many opportunities to study filmmaking. To my knowledge back then there were only two film schools in the entire country and each was accepting five people per year for their film programs. I didn’t think I stood a chance so I didn’t even try. Instead, I chose to get a degree in Marketing and just before entering university, I went to spend a summer in London to study English and earn money for my Marketing degree. Since Poland was a pretty poor country back then, I managed to earn two year’s worth of average salary in Poland by working in London for three months. I went back to Poland and finished my degree with a couple of sabbatical breaks in-between which I used for going back to London to earn more money to support myself and learn more about what I wanted to do with my life.

One week after graduating, I left Poland for good and moved to London permanently. I put my diploma in a drawer and vowed to myself that I will not work in an office and wear a suit for work. A promise I have kept to this day. I started working in bars and restaurants to support myself but in the meantime, I was doing everything I could to learn more about filmmaking. I had my own income, technology was changing quickly and soon enough I was able to get my hands on some decent equipment and hone my skills. A few months later, an opportunity presented itself to start an internship as a runner in a small post-production company in London. I started delivering tapes to companies like Travel Channel and Discovery among others and started learning new skills. One time I got sick and had to stay at home for a week. Instead of spending the time watching tv, I decided to buy a 1000 page book on film editing in Final Cut Pro (circa 2004), read it all through and through exercises taught myself how to edit. When I went back to work the week after I insisted they give me a chance to start editing. Soon enough, they allowed me to start cutting small things.

Over the years of living in London, I took a multitude of courses, read hundreds of books and made several films to become better at my job. During that time, I also traveled extensively visiting a minimum of 2-3 new countries a year. Often traveling solo and meeting new people and making friends along the way. One of the first places I visited was Sri Lanka that just ended a 30 something years civil war. Through a chain of events, I met someone who in hindsight was solely responsible for my moving to the USA a year later.

After eight years in London, I was out of love with it and needed a change but I didn’t know where to go as the next step. Having met someone in Sri Lanka we decided to meet and go for a road trip through California (which I’d only seen in films thus far) At the end of our trip she left and I spent two days in Los Angeles by myself, explored the city, met some people and realized there’s more beneath the surface of this strange city. As it turned out, it became an itch I couldn’t scratch away. Upon my return to London, I applied to UCLA for Professional Program in Screenwriting and as soon as I got accepted, I resigned from work and with a little bit of savings, I moved to Los Angeles by myself. I only knew one person here at the time. This was 2011.

I spent a year learning screenwriting, meeting people, discovering California and slowly falling in love with the city that I wasn’t sure of. One day I felt it was made for me and another I thought it was trying to kill me. I wrote two feature film screenplays and a short during that time. Made that short into a film I directed and as soon as it was done, I had to leave the country as my visa was about to expire. To my disdain, I had to return to London. I was in love with a girl who lived there though so it felt like the right thing to do. I continued to love her but couldn’t stand London much longer. I survived two more years working as an editor and 1st Assistant Director and after those two years, I moved to Barcelona to follow my then girlfriend. Best decision I ever made. I found the city I loved, the culture that was so rich I couldn’t get enough of and the people who became my true friends. I continued to write, work on various film-related projects and enjoy living in Barcelona.

One day I received an email from Kentucky Immigration office that said I won the Diversity Lottery and I had six months to obtain all the required documents and examinations to move to the United States. I completely forgot I had applied for the lottery never even thinking that I might actually win. I’ve never won anything in my life before so this was a clear sign for me that Los Angeles will be the next stop on my journey called life. In August 2015, I moved to Los Angeles and have been here ever since. I continue to write screenplays, make films and develop myself as a person. This city challenges and makes me grow. Since moving here, I’ve written a lot and managed to direct my debut feature film that I co-wrote and co-directed with a friend from Chile. The film is in English and Spanish.

We’re always bombarded by how great it is to pursue your passion, etc – but we’ve spoken with enough people to know that it’s not always easy. Overall, would you say things have been easy for you?
It’s never a smooth road. I’ve had plenty of obstacles but turned them into motivation. Along the way lost a big chunk of money on the stock market whilst getting my degree, I got married and then divorced a few years later, had my heart broken a couple of times. I had to leave places and people I hold dear to me, I had to let go of projects when things got out of control.

We’d love to hear more about your work and what you are currently focused on. What else should we know?
I’m a writer/director who aspires to make socially aware films. Films that talk about us as humans and our condition in this world. Films that tell real stories teach us something new and move us. I have no interest in making blockbusters. To me films are not just entertainment. They’re a powerful tool and an expression of art. They have the power to teach us, change our minds and move us. Just like good literature.

I am also a film editor and this is how I make a living. Again my interest is in making important films but my skills are very rounded. I love editing hard-hitting dramas as much as I enjoy cutting a good comedy. The part that gets me really excited is storytelling. Taking the puzzles and assembling a film that tells a story.

What sets me apart is my sensibility, my extensive knowledge of world cinema that I draw inspiration from. I think a story can be told a thousand different ways and I love playing with different ideas. I believe the rules are there to be broken and we should dare to make unique films instead of following the templates set by others.

Has luck played a meaningful role in your life and business?
I don’t know if luck has affected me in my life in the basic meaning of the word. I believe I’ve been lucky because I had access to education, I had great parents who gave me love and freedom. I’m thankful to all the girls that saw something special in me that others didn’t see and that I’m healthy but luck per se I’m not sure about. I genuinely believe that everything and every person I met in my life was there for a reason. Be it to learn something from them or them steering me in another direction. That’s how I approach life…I believe I can learn from everyone and from every experience. Even when something bad happens, I see it as an opportunity to reevaluate. Maybe it’s a chance but I like to believe it’s happening for a reason therefore I see everything as a direct result of my previous decisions. Perhaps my winning a visa was luck but I still think it was meant to be. 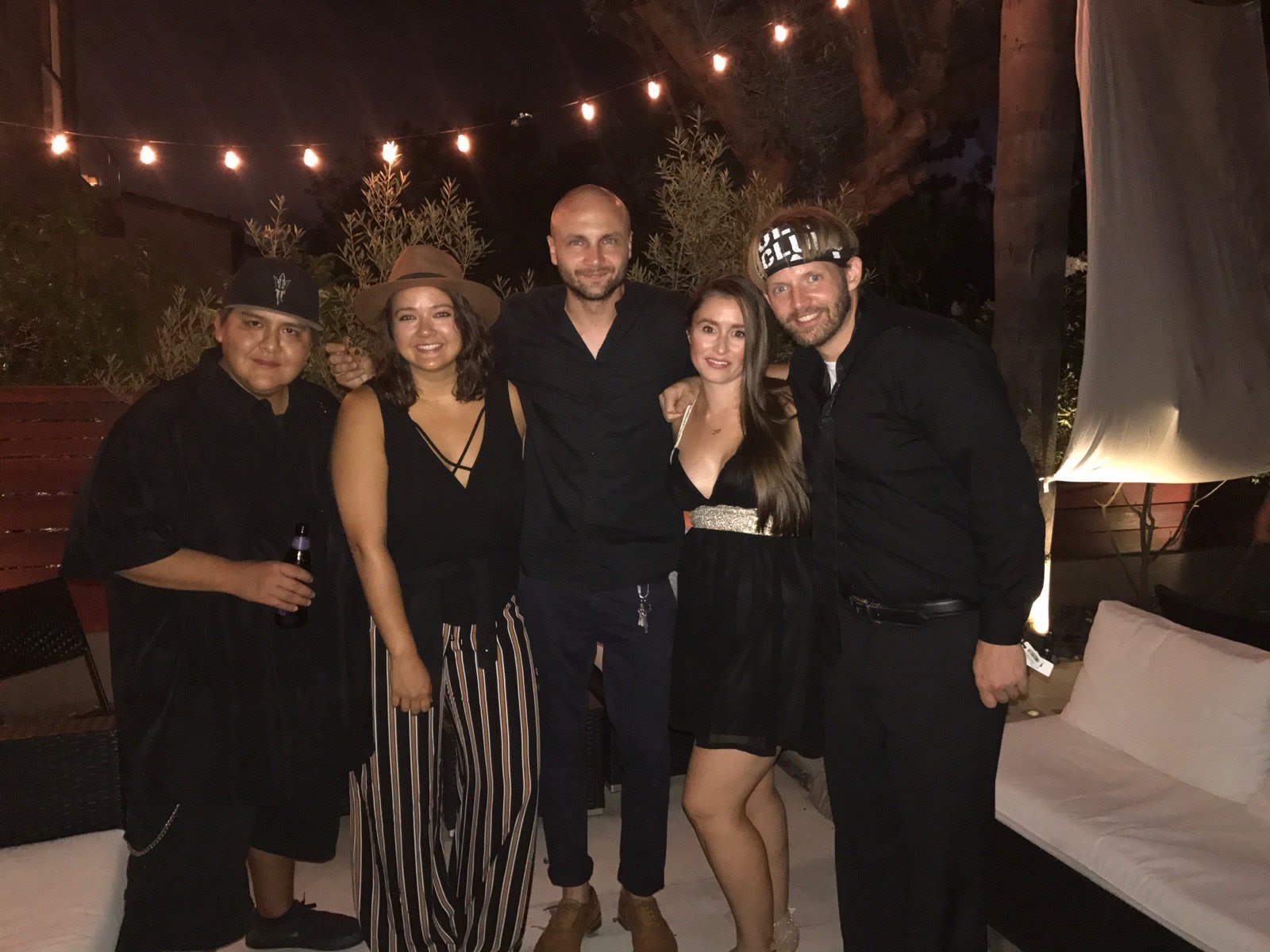 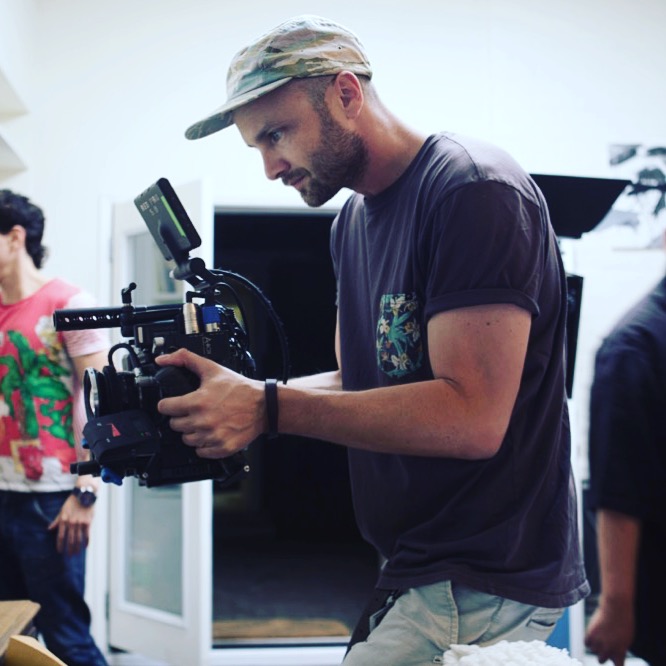 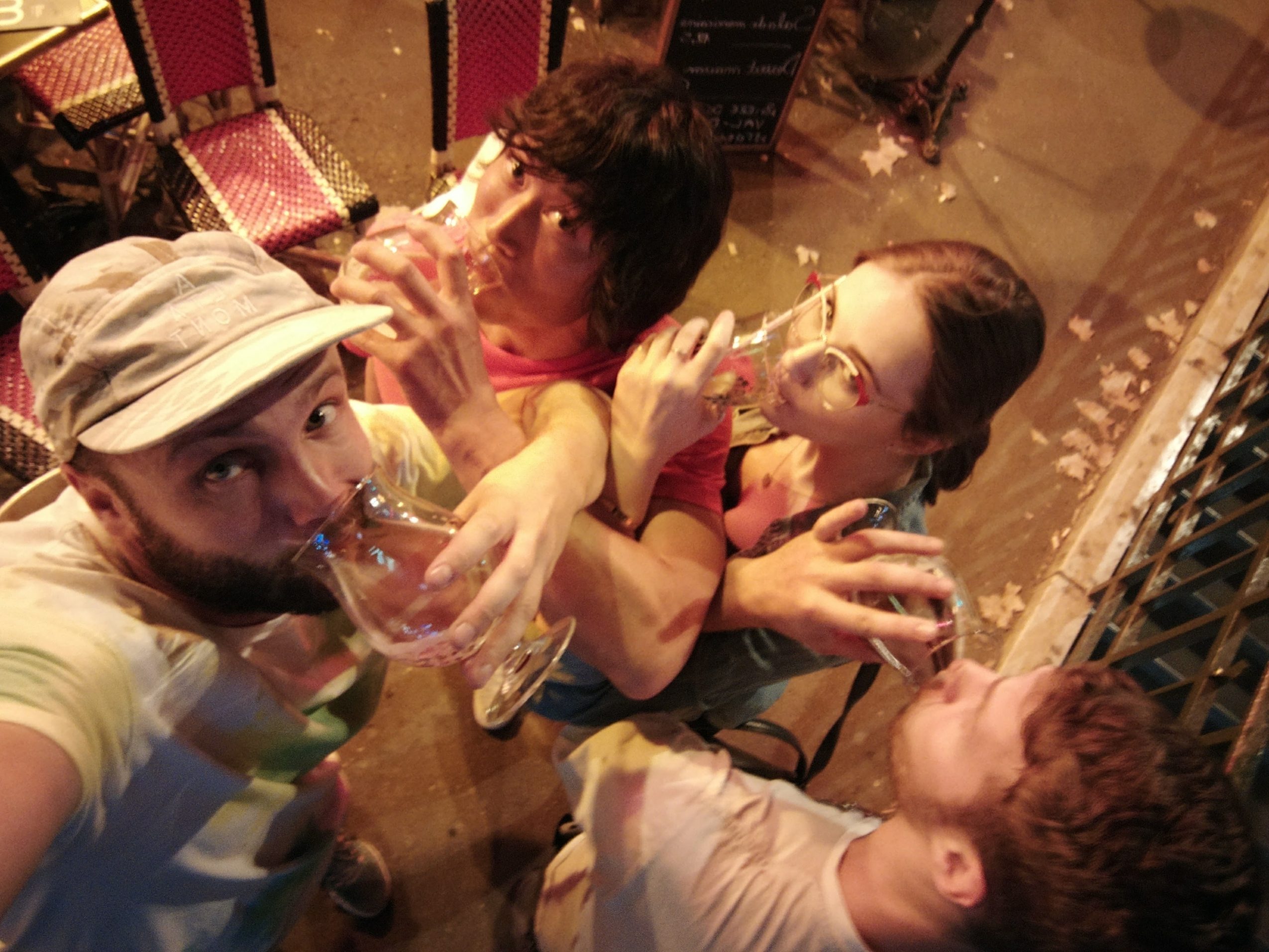 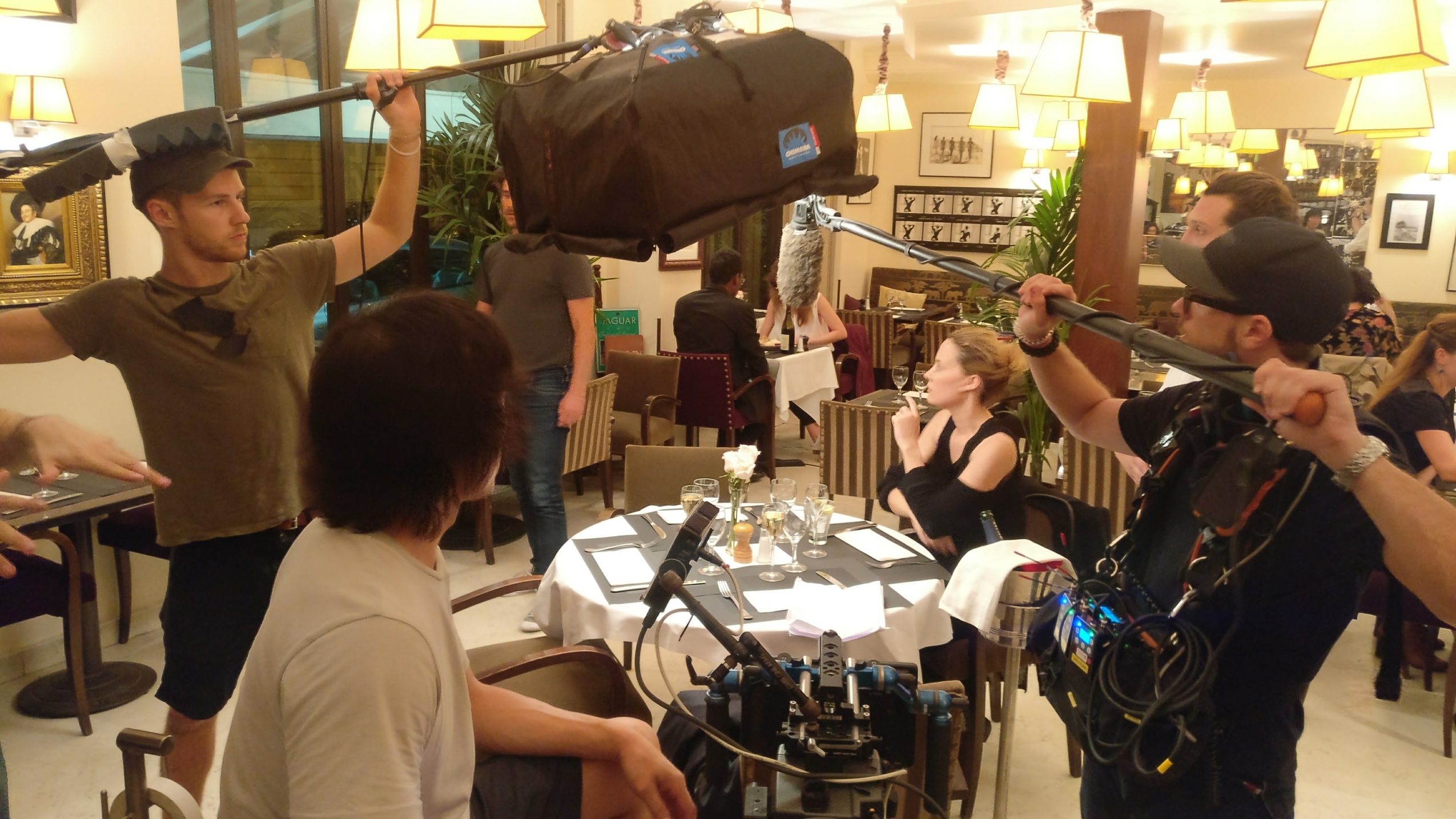 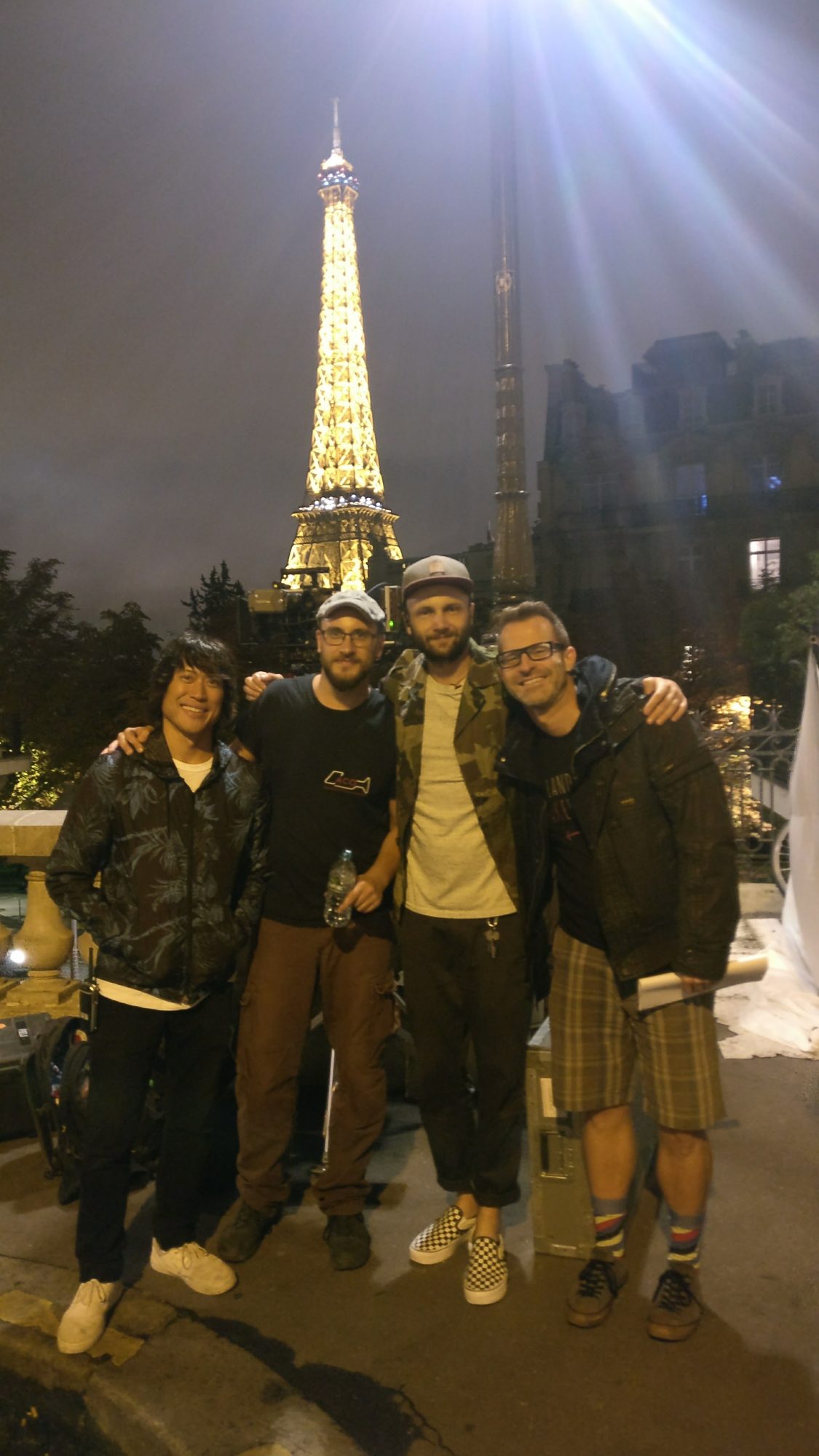 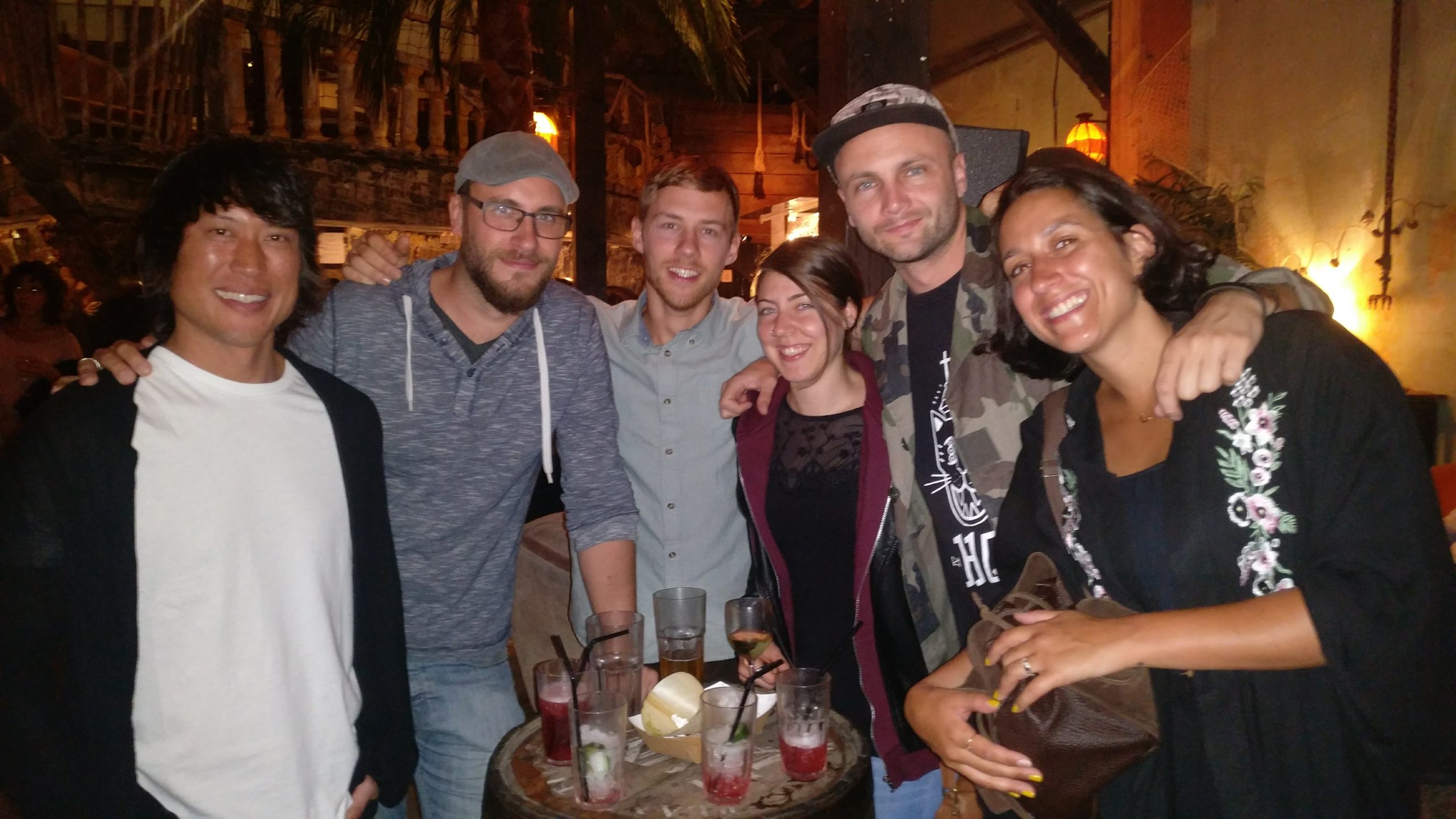 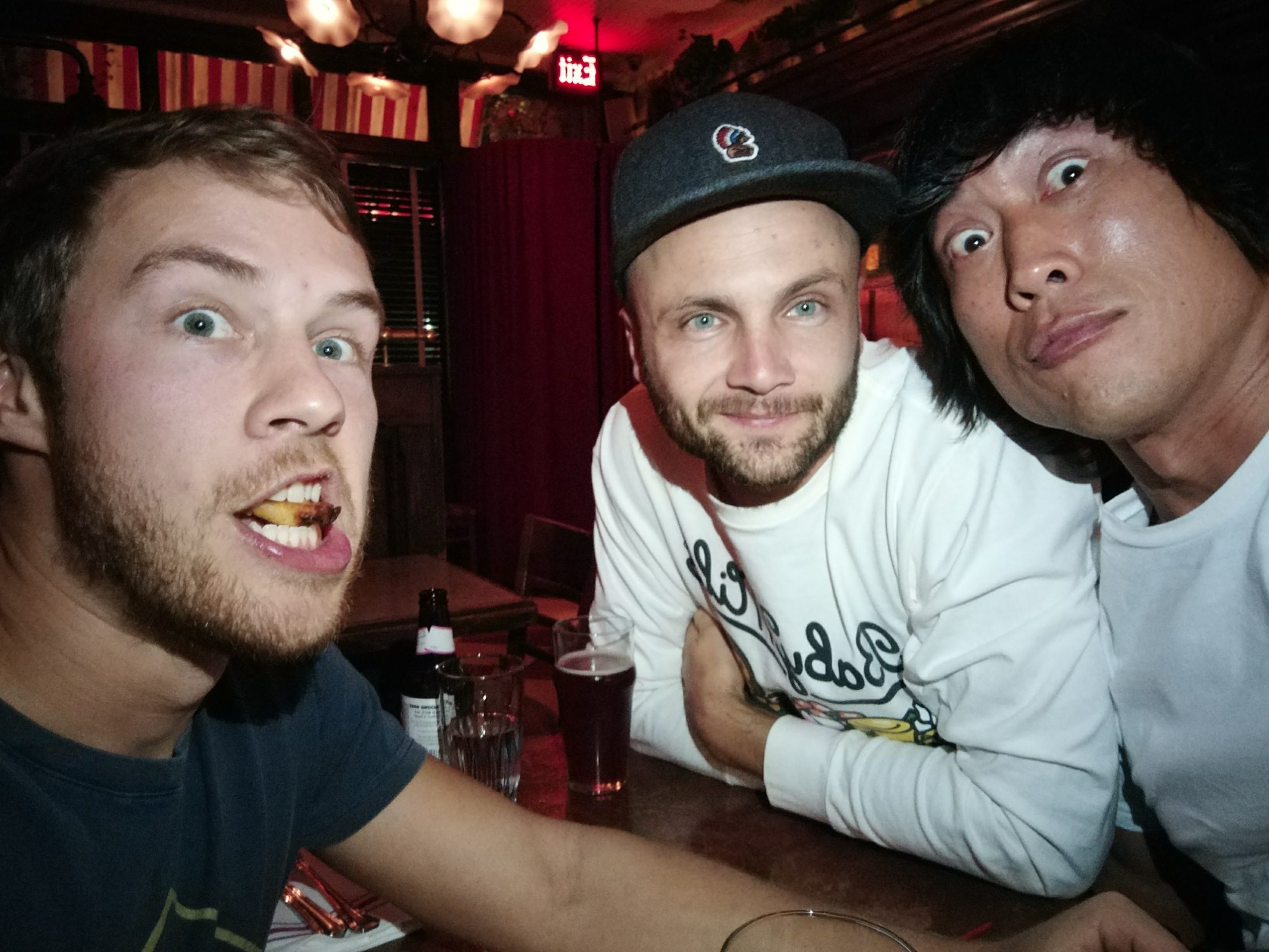 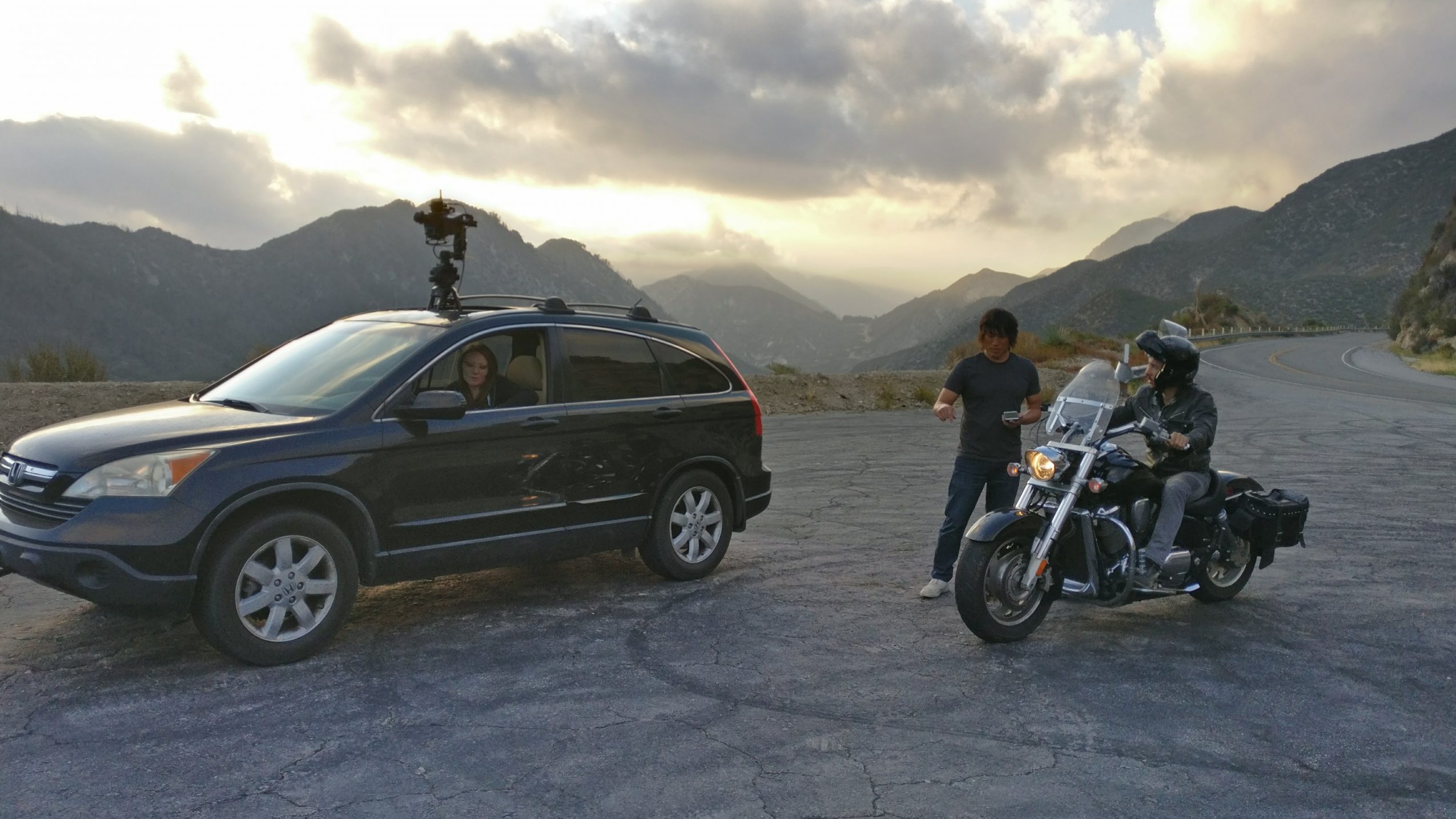 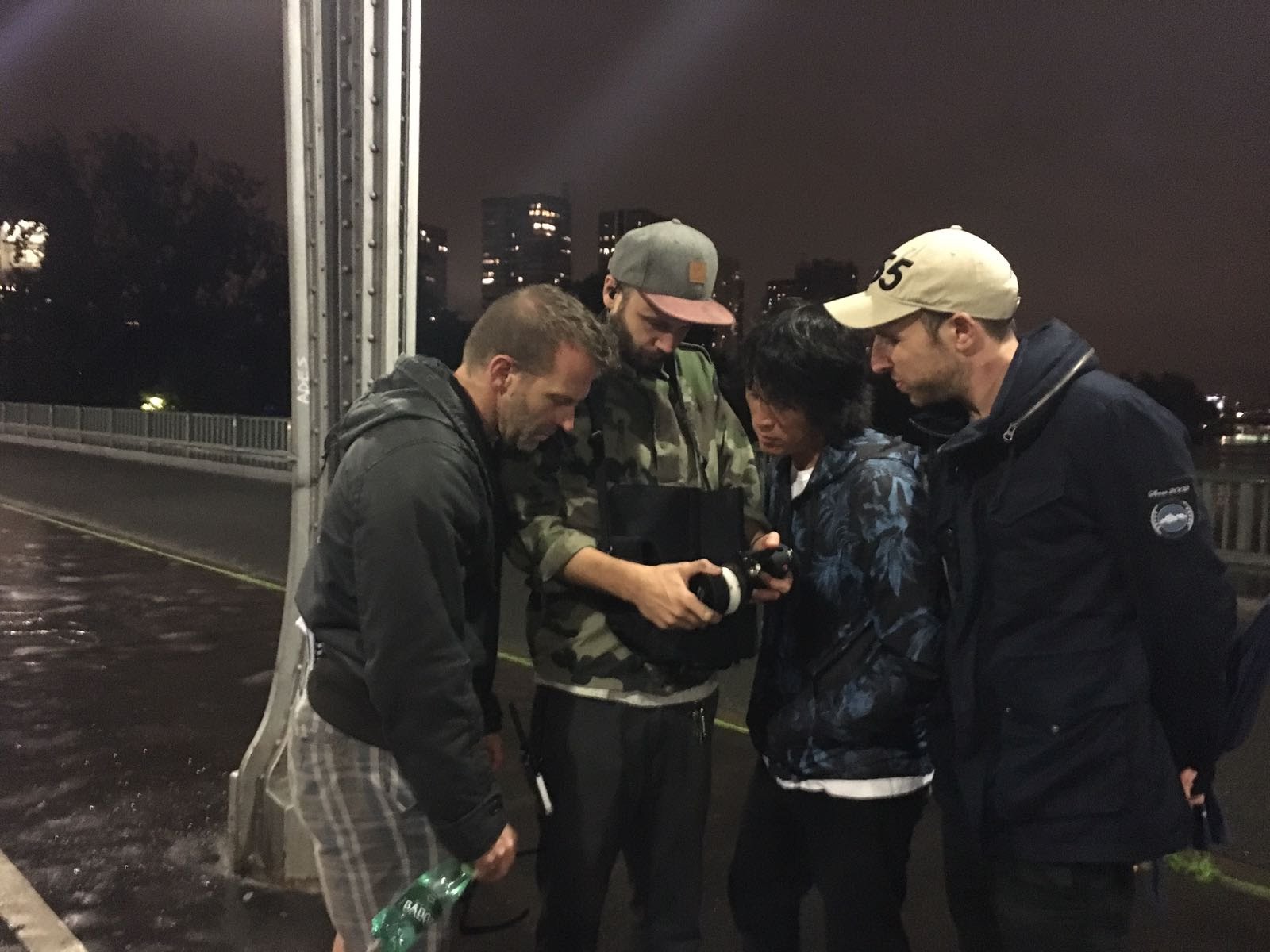 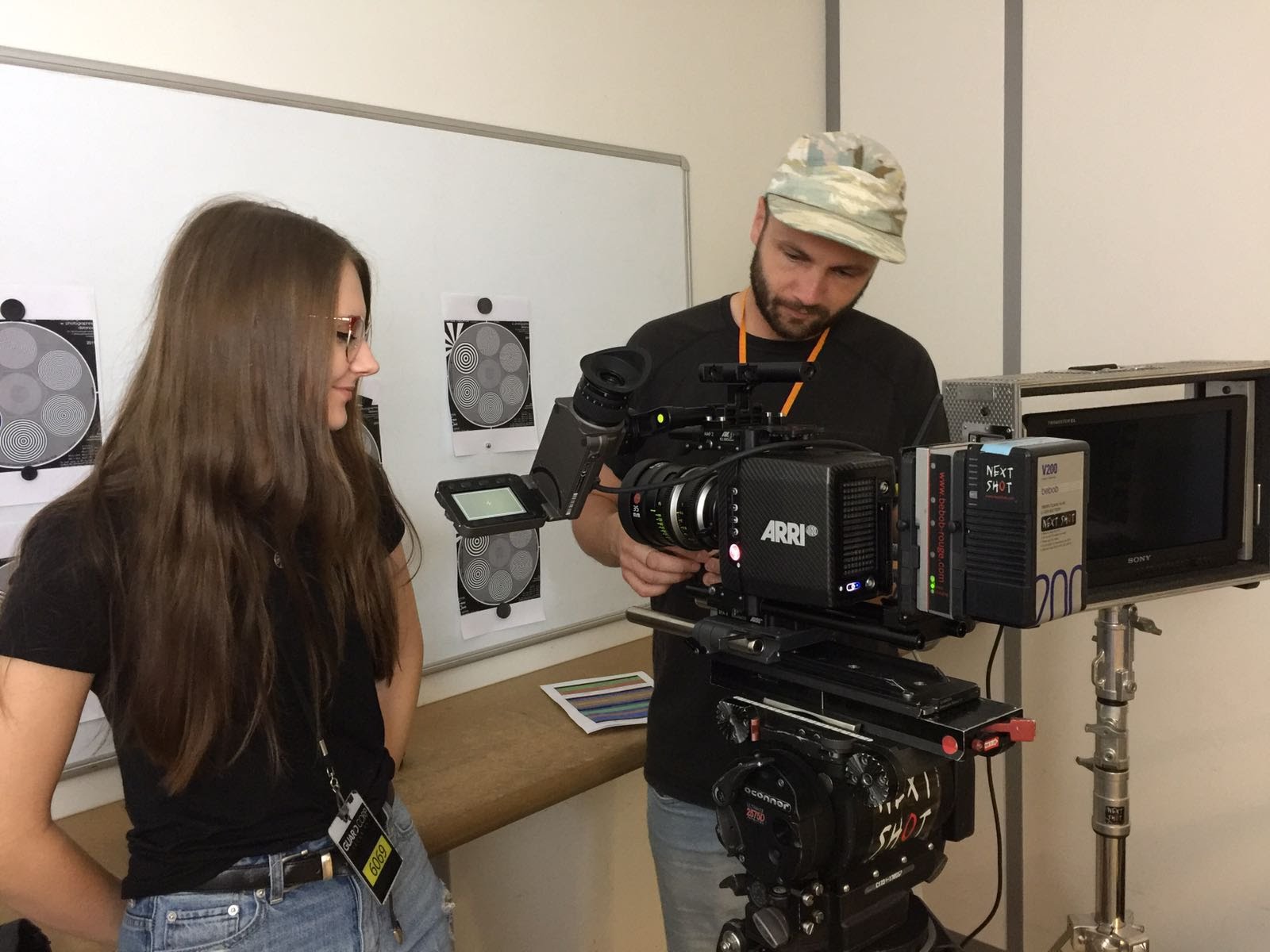 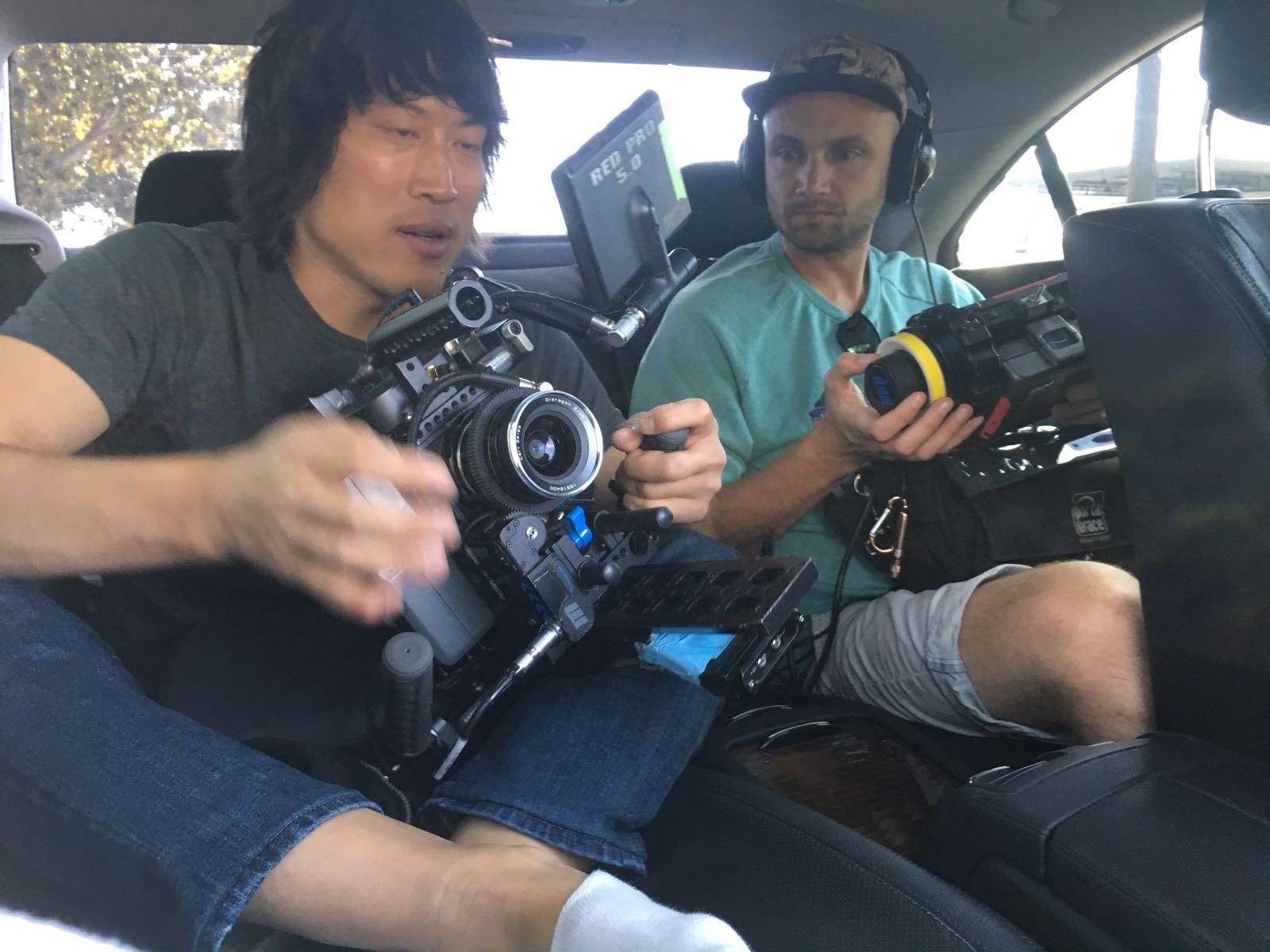 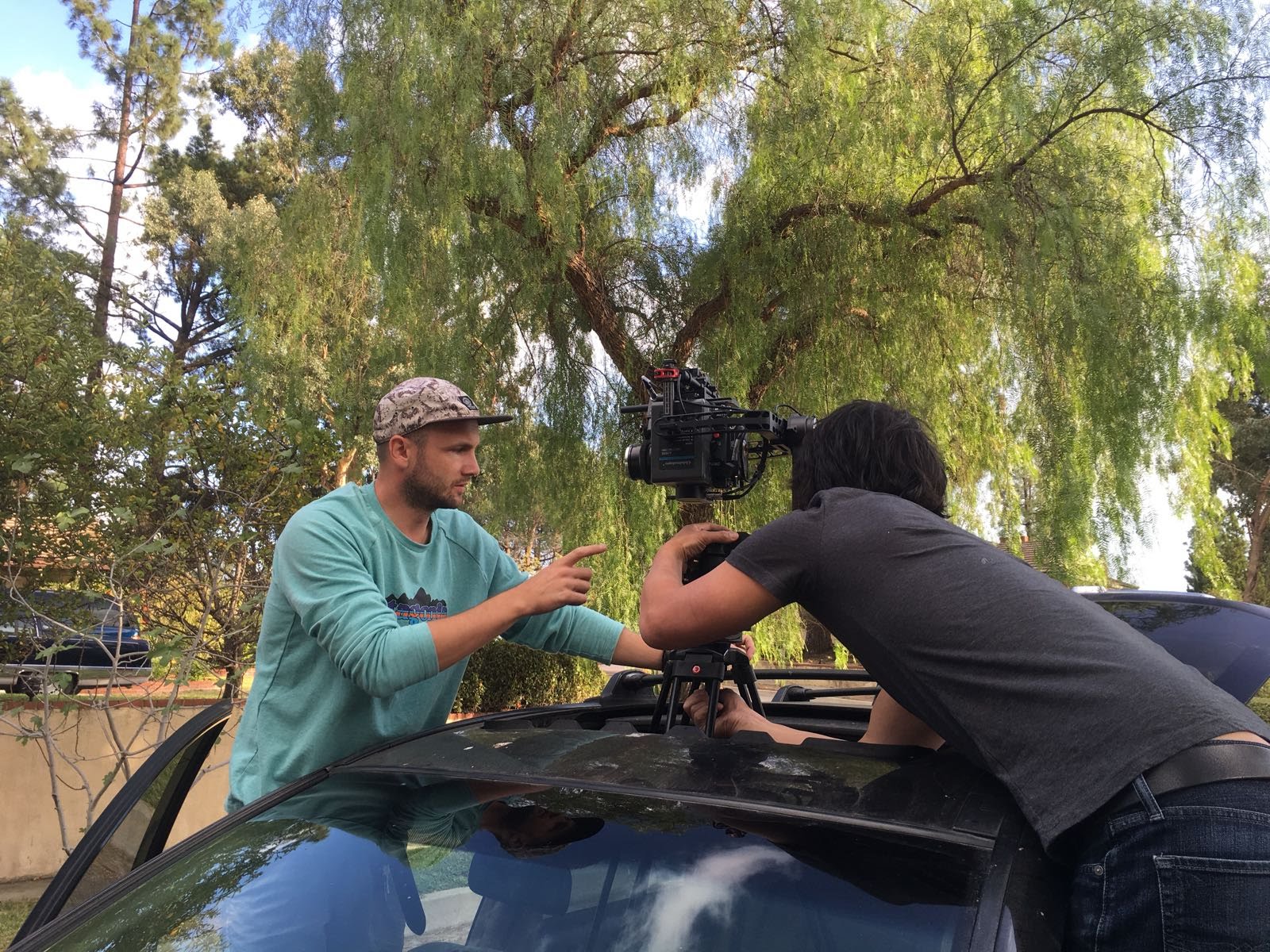