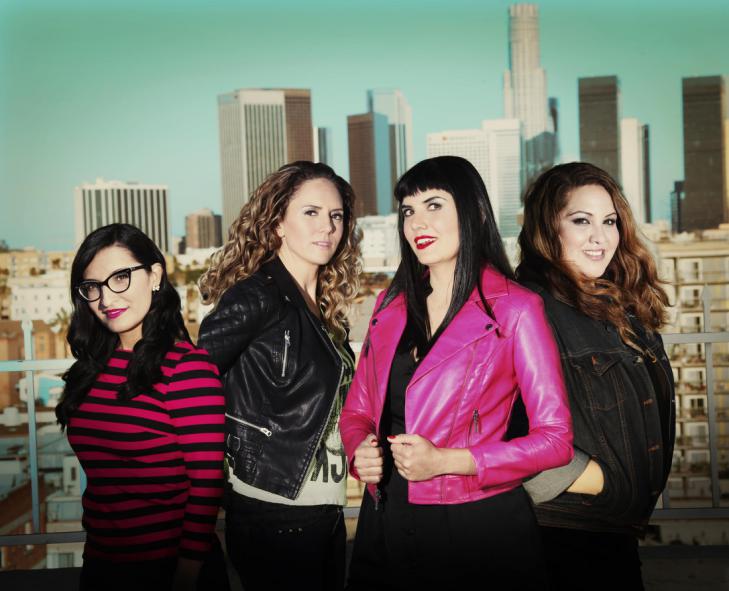 Today we’d like to introduce you to Nicolette Vilar.

Nicolette, can you briefly walk us through your story – how you started and how you got to where you are today.
We were a household of busy, energetic, chatty, and rambunctious young people. My parents are only 20 years older than my sister and I. When we were kids our family was always on the move. On the weekends, we’d be whisked away to places like Sequoia, the Grand Canyon, San Diego, San Francisco and pretty much anywhere that old Nissan Stanza could take us. Through all of it, there was music playing. I remember Chuck Berry coming out of the radio as my mom drove us to downtown to by fabric. I remember driving through Big Sur late at night while the Clash played out that same radio. Through it all there was always music.

So, it was no surprise when my sister started tinkering with instruments. First, it was the guitar. She slowly learned Norwegian wood while I played with my dollhouse. Then, one day, she came home with drumsticks and that really kicked the volume level up a notch. She was so annoying in those early days. Banging on everything all the time but I was excited to see her so into something.

Eventually, she saved enough money to buy a drum set of her very own and our bedroom became our jam room. From the hours of 3:15 till about 7 pm, we could be as loud as we wanted. All our friends were musicians so music was always booming out of our upstairs window on Windsor street in Glendale. I went out and bought myself a Danelectro baby blue bass from Charles Music, so I could jam too. Our friend Zulema told us that there was one girl that we had to meet because she lived just three blocks away and she was a great guitar player. It was New Year’s day of the year 2000. We knew the second we met her that we were connected somehow. Like she was a sister that we didn’t know we had. The missing piece to our little puzzle. We started writing songs right away. Aixa would set goals for us and we’d do our best to reach them. At first, it was writing our first three songs and learning two covers. Then, it was booking our first show. My cousin’s 10th Birthday party. We kept going.

Eventually, a friend introduced us to Michelle and that really made a big difference in our sound. Once she took over as our bassist, I was free to concentrate on singing and dancing. I was very stiff at first. I would stand there like a statue trying to be as loud as I could. I kept hearing my sister say, move! move! move! and so I did. I started to move around. I got good at moving around and singing. It stopped being scary and started to be fun. Somehow we found ourselves three years later with a residency at Mr. T’s Bowl in Highland Park. People came, then they’d come back with friends and then they’d come back with friends and eventually it was so packed in there that there’s only been room to stand. Not just because of us but also because of the other incredible bands that were playing during those days. Bands like the Dollyrots, Los Abandoned, and The Peak Show. They were all great and it was awesome to be part of it.

Shortly after, we were signed to Side One Dummy and things really started moving. I was 21, Betty was 22, Aixa was 23, and Michelle was 23. We hit the road in a van and learned the ropes by watching bands like Flogging Molly, Ozomatli, Left Alone and Go Go Bordello. We were thrown into the circus that was once called the Warped Tour and that’s when things really started to move fast. We were able to reach so many people in just a summer. I got to see New York, Austin Texas, Boston and Canada. We even played a few shows in Tijuana, Mexico on the beautiful stage that Betty’s late father Jaime built for us. We were so young and we had seen so much. But not having any context, I didn’t understand how special it was. I began to spiral down mentally. The road had taken its toll on me emotionally. I didn’t have the tools to cope. I thought I was all grown up but I was just a kid and I didn’t know how to deal with the frustration and sadness that I was feeling and so I walked away.

While the band moved on without me, I took a year to gather my thoughts. I lived in those days in a little house in Whittier with my promoter DJ boyfriend who sometimes was nice to me and who sometimes wasn’t. I didn’t feel satisfied with my life. Dancing and drinking on the weekends were fun but it wasn’t enough. I wanted more and so I submitted my portfolio to Art Center in Pasadena and started my career as a graphic designer.

I was two years out of school and working as a graphic designer making movie posters when Aixa called me out of the blue asking if I wanted to do a show. The beautiful and vivacious Emily Wynne-Hughes had been singing with them ever since I left so I was surprised that they needed me to fill in. At first, I was hesitant but then the idea seemed like fun and so I said yes. When we had band practice, I realized I remembered all the songs and singing felt so good. It was therapeutic to be doing it after all those years. The show brought me more joy than I’d ever imagined, and so I was definitely in again.

Michelle had left the band after I did. I wasn’t there when it happened and although Phil Buckman was a super great guy and amazing bassist, I couldn’t help but wonder about Michelle. It only felt right for me to make contact with her again. She had had a baby during our years of separation, and so I really wanted to see her and meet her son. I called her and she invited me over. We sat and talked while she fed little Xavier. It was summer and he was in diapers. She kept saying that he was sick and so that’s why he was in a bad mood but to me, he seemed like a delightful happy baby. It was so good to see her again. We had a good talk about everything. After I left, I didn’t know if she’d call me again but she did and so the band got back together with her.

We’ve played countless shows ever since. I thought we were done making memories but we weren’t. We’re just a little band, we do everything ourselves but it feels good. I like having creative control, I get to design all our t-shirts, posters, stickers and pins. I love performing and chatting with the audience afterward. People at our shows are so sweet and I’m super grateful that they come. We play small venues with no backstage, it’s not glamorous but to me, it’s like playing the Hollywood Bowl every time. I love playing music with those girls and I’m so grateful to have had them in my life. I hope there’s a young family out there listening to our songs on their way to some far away place and the cycle continues all over again.

Great, so let’s dig a little deeper into the story – has it been an easy path overall and if not, what were the challenges you’ve had to overcome?
I had a tough time when we lived on the road. Being in a touring indie band is really hard. We never got to stay in hotel rooms. We often showered in gas stations like truckers. I love rock and roll but I also missed my bed.

Please tell us about Go Betty Go.
We are an all female Hispanic punk band. I’m super proud of the music we make on stage and in the studio. Our music is intense, hard-hitting while still being melodic and poppy. I also design all our merch including the posters I print out and bring to the shows.

Do you look back particularly fondly on any memories from childhood?
Walking through the forest with my Sister, Cousin, and her German Sheppard. 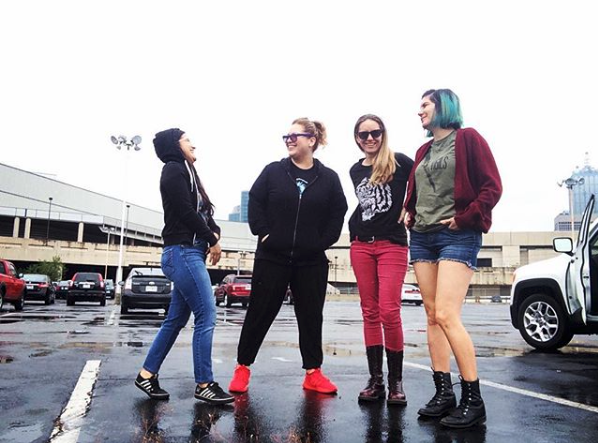 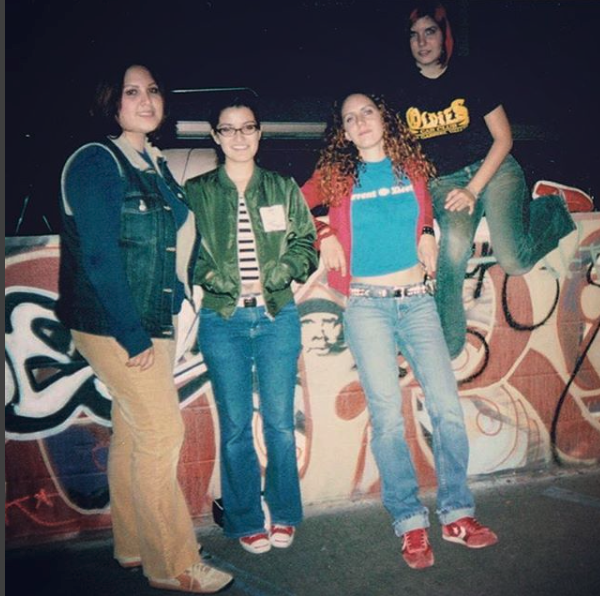 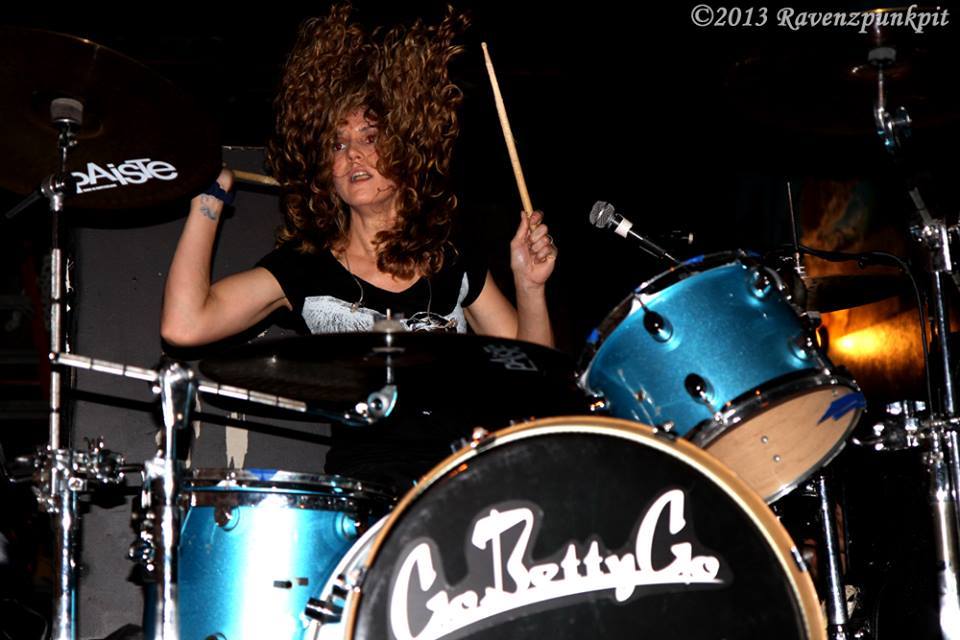